THE 2019 JENKEM YEAR IN REVIEW 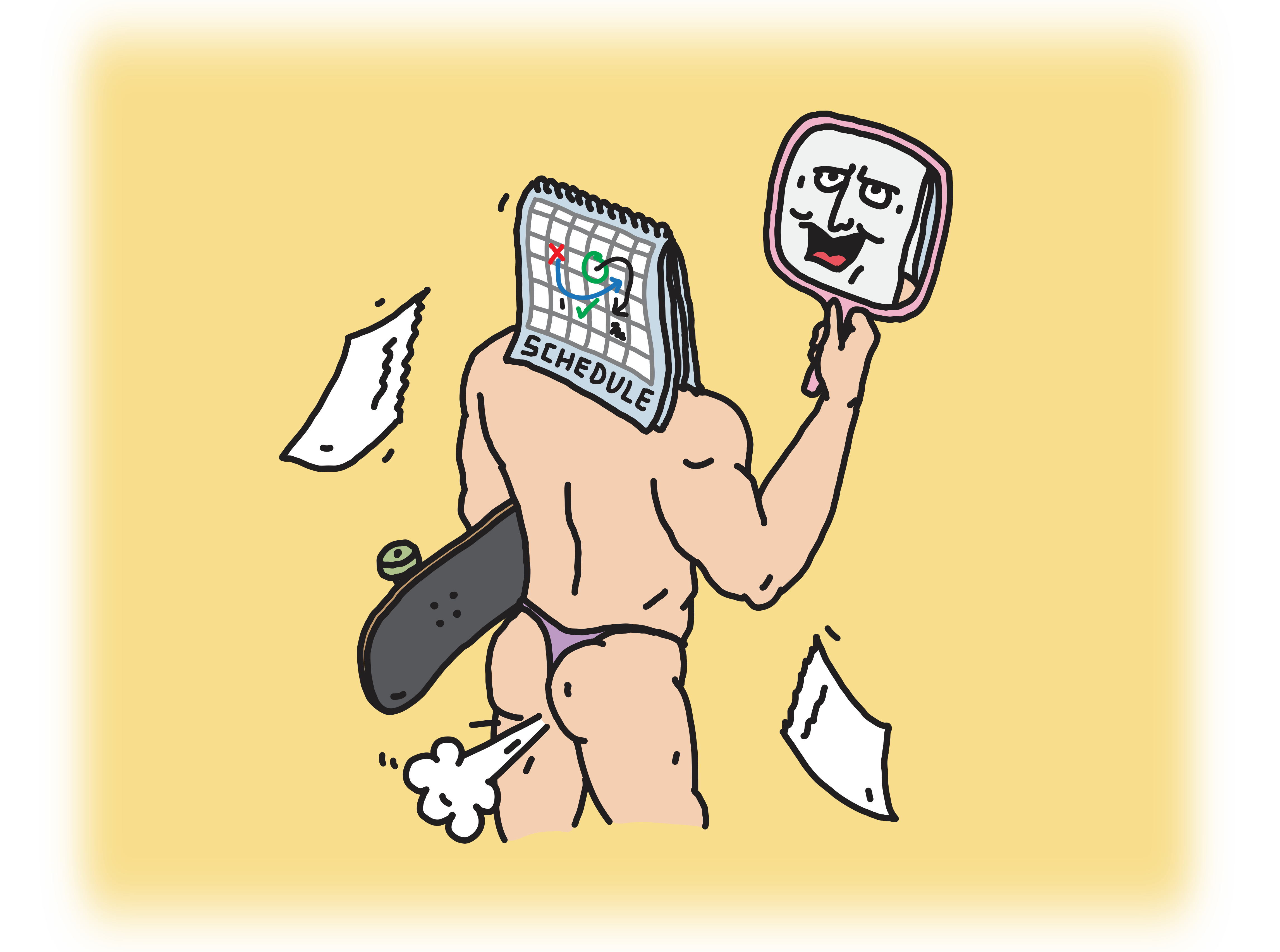 Life moves pretty damn fast, but content moves faster. It’s been a whole year of pulling interviews, videos and articles out of our asses on a weekly basis. And before the expiration date on this year passes entirely, we figured it would be a good time to pat ourselves on the back and revisit some of our favorite videos and scribblings from 2019.

So we dropped a little nutmeg and astral projected ourselves back 12 months to see what felt worth highlighting and sharing again each month of this year.

Thank you as always for checking out, commenting, spamming and supporting the site. Happy New Year everyone!!! 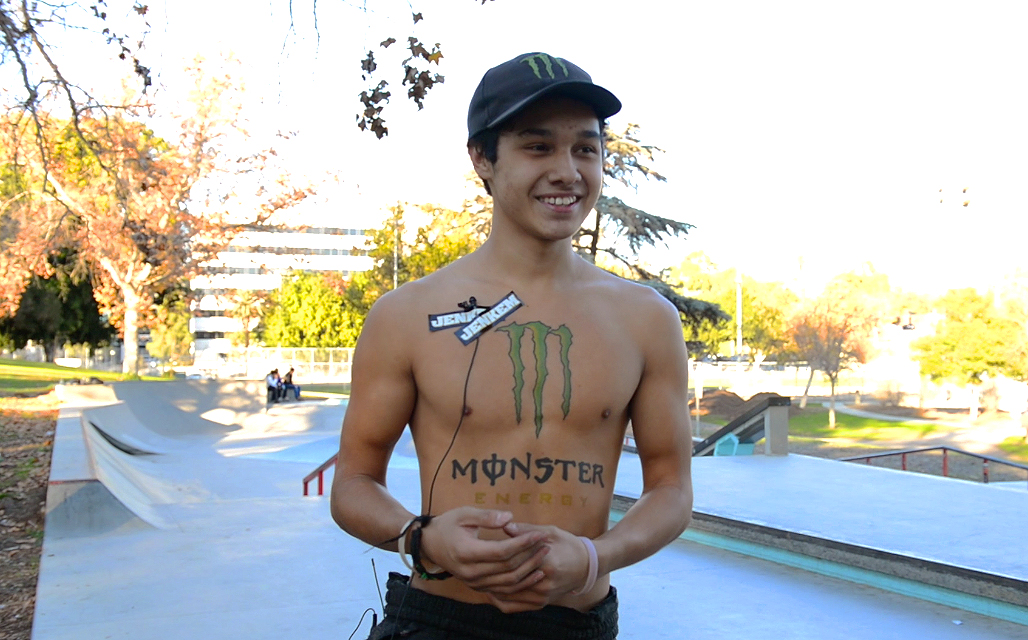 Starting out the year with the Monster Kid video was a unexpected but definitely on brand choice. If you’d rather hear a level-headed kid respond to inane questions, read our interview with Vans and Hockey rider, Diego Todd. For a classic gag (that a lot of our newer / dumber readers didn’t get), peep our guide on How to Earn Respect at the Skatepark. 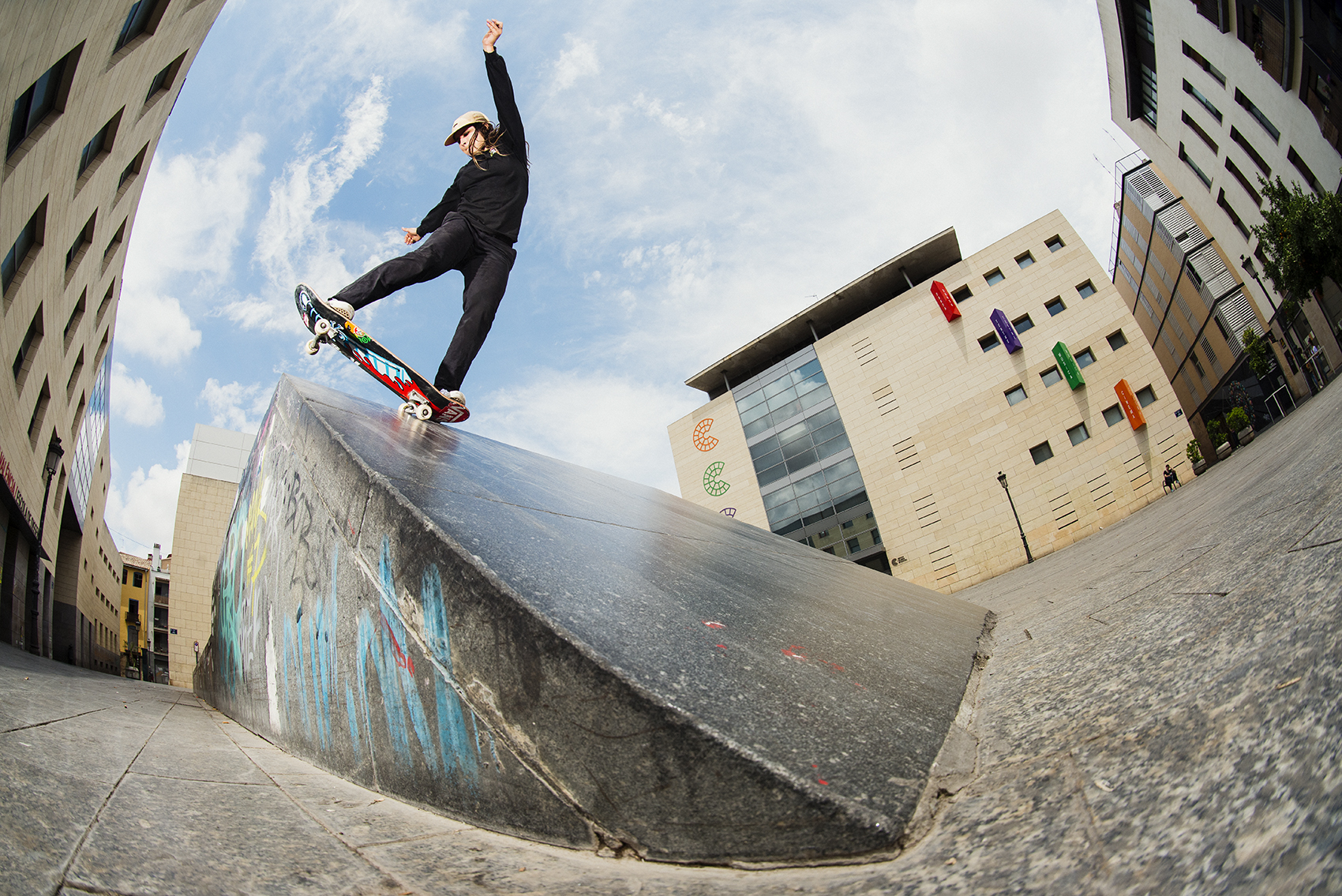 We talked with Fabiana Delfino when she was still Am about the tensions between women who skate for fun and women who skate for Instagram likes, then we went a little goof and kicked off a semi-on-going cooking segment with Yaje Popson. But we tried to rein it back in to *actual* skate content with a mini documentary on an innovator in big gap slams and tight pants, Corey Duffel. 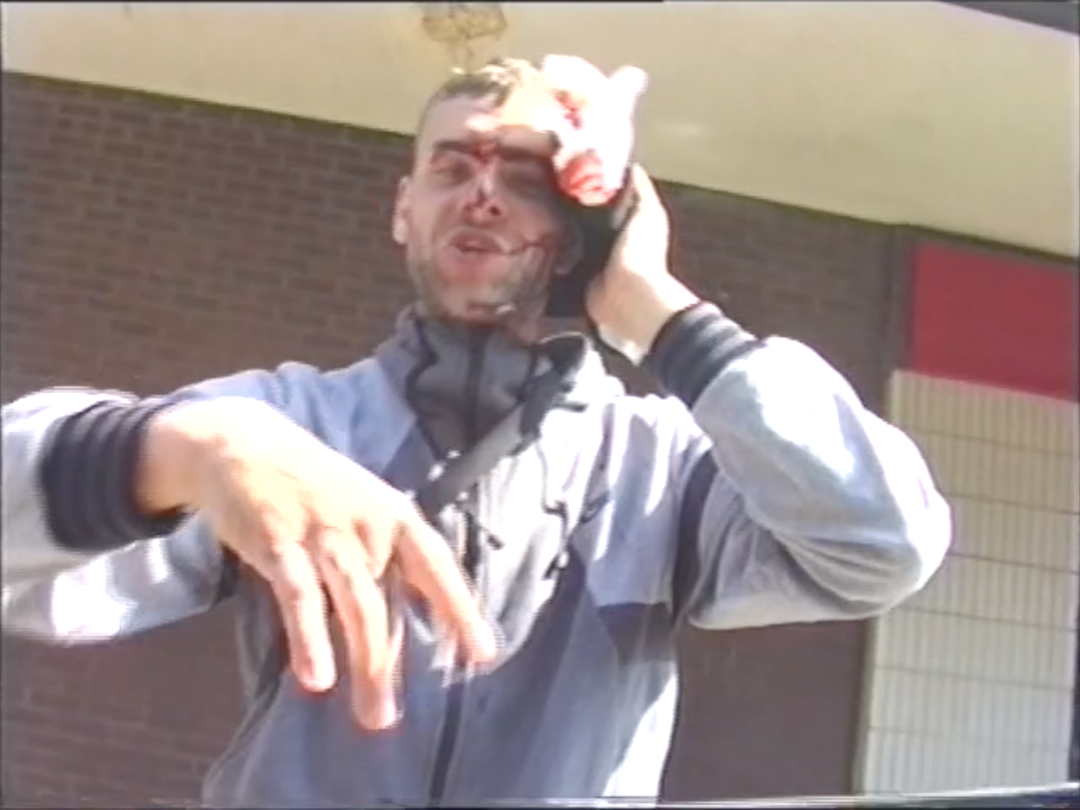 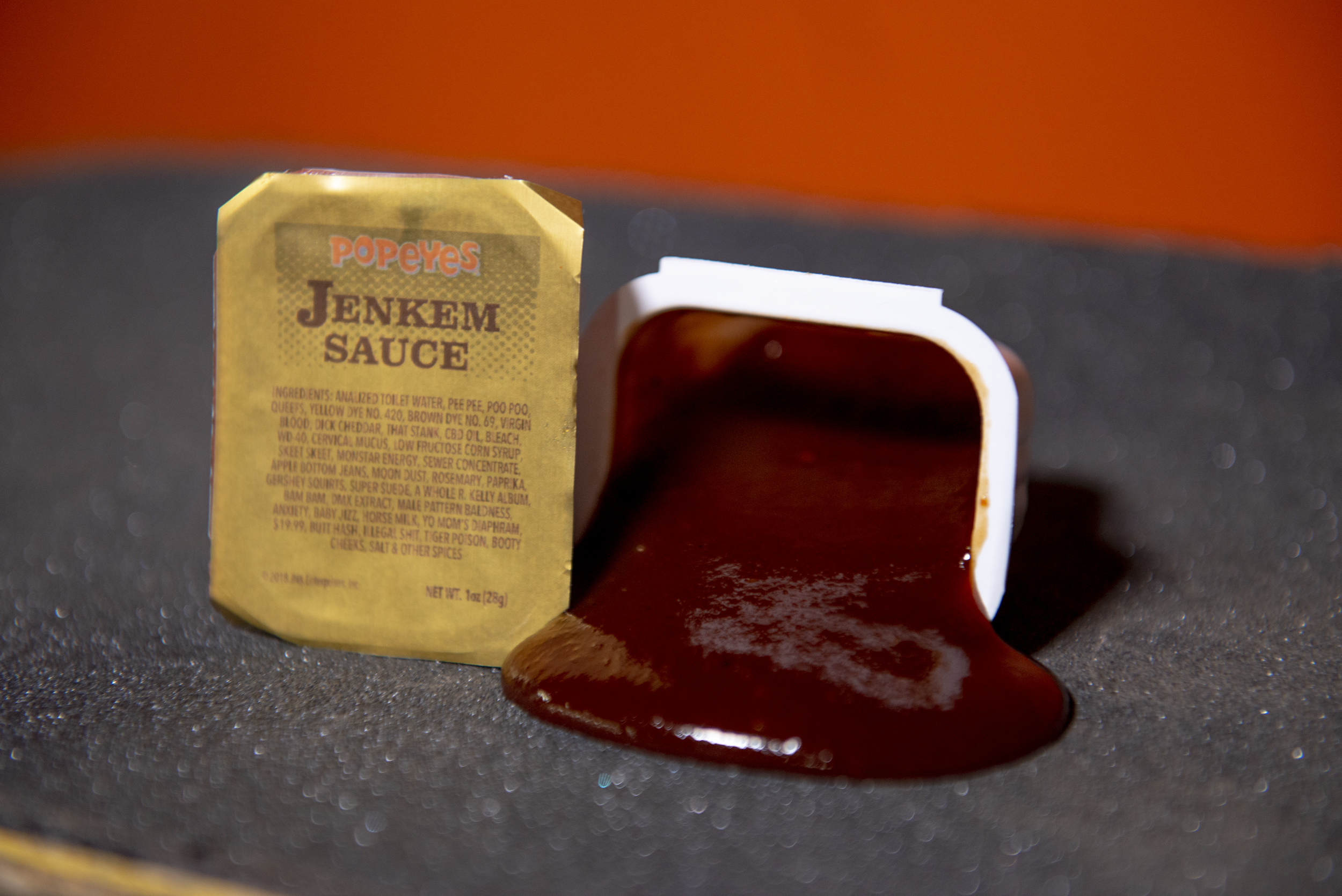 This month was all over the place and arguably one of our better content months? We started with some much needed and sincere conversations with a mix of legacy and up-and-coming women working in skating, moved onto 20 minutes of raw tapes from the Gangcorp guys (pt. 1 & pt. 2), and ended by launching our own dipping sauce with Popeyes®. In between we took a helicopter ride with Beatrice Domond and talked with Keith Hufnagel about closing his shoe program. 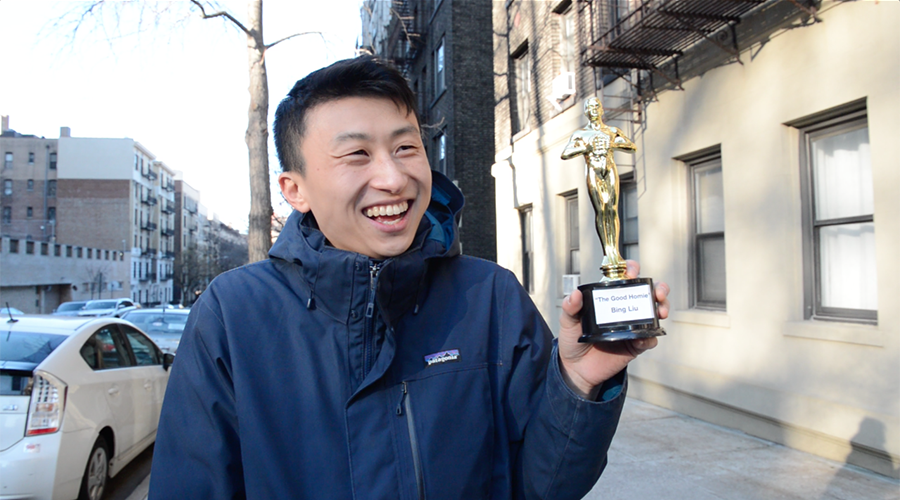 For all the 90s heads we dipped into an interview with the founder of the original streetwear brand, FUCT, and studied the evolution of a semi-hidden Bronx skate spot. Lastly we talked skate representation in film with Bing Liu, director of Minding The Gap and Oscar snubee. 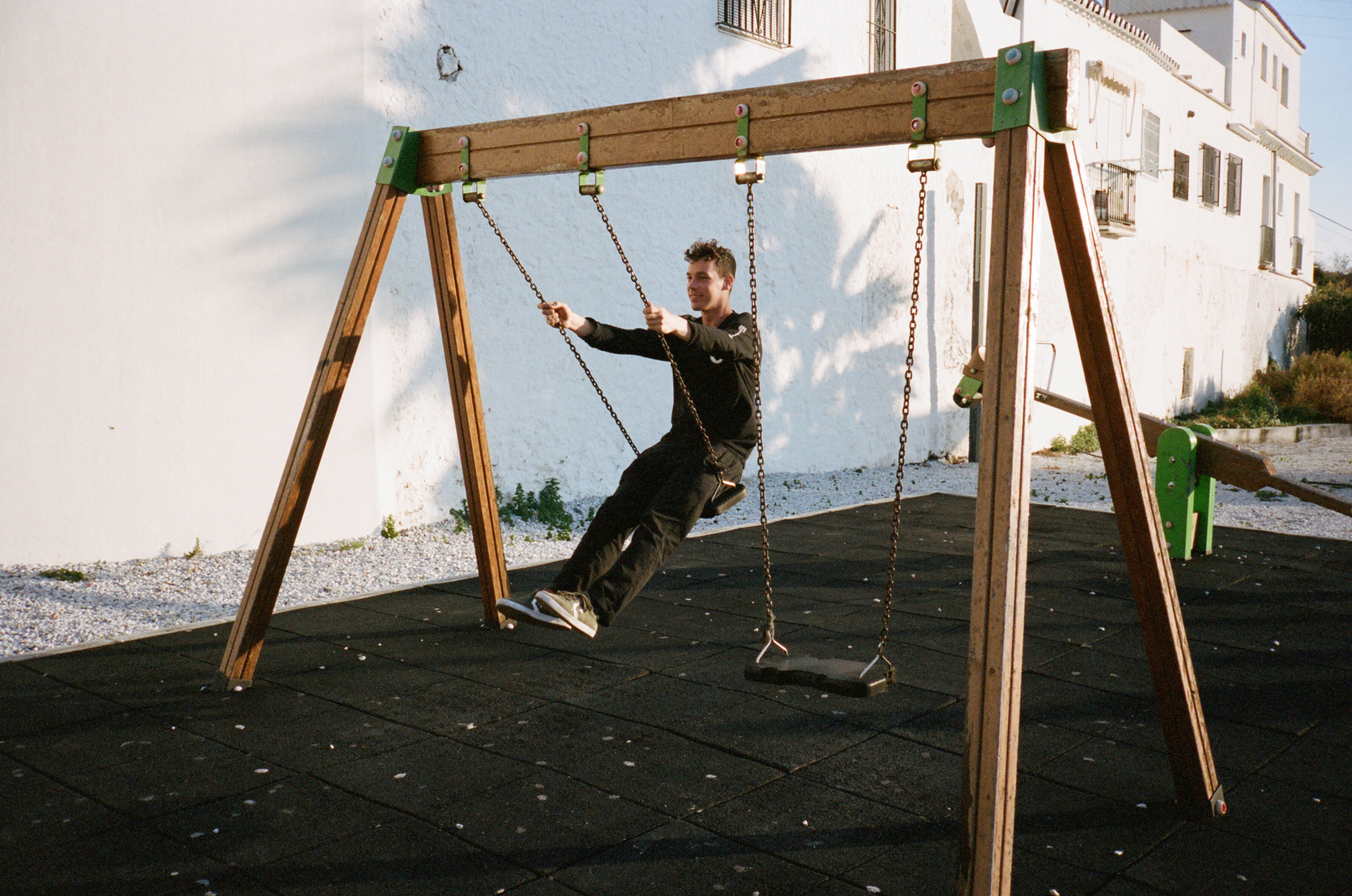 Summertime got kinda technical with a look at the question of pro skater unions and a detailed day in the life of NJ skate shop (including seeing how much money does/does not come through a typical shop). But there was also a tragic loss with Ben Raemers’ passing, so our friend Richard Quintero helped everyone remember Benny with a touching tribute video. The Ben Raemers Foundation has since been doing its part to promote mental health awareness in the skate community and beyond. 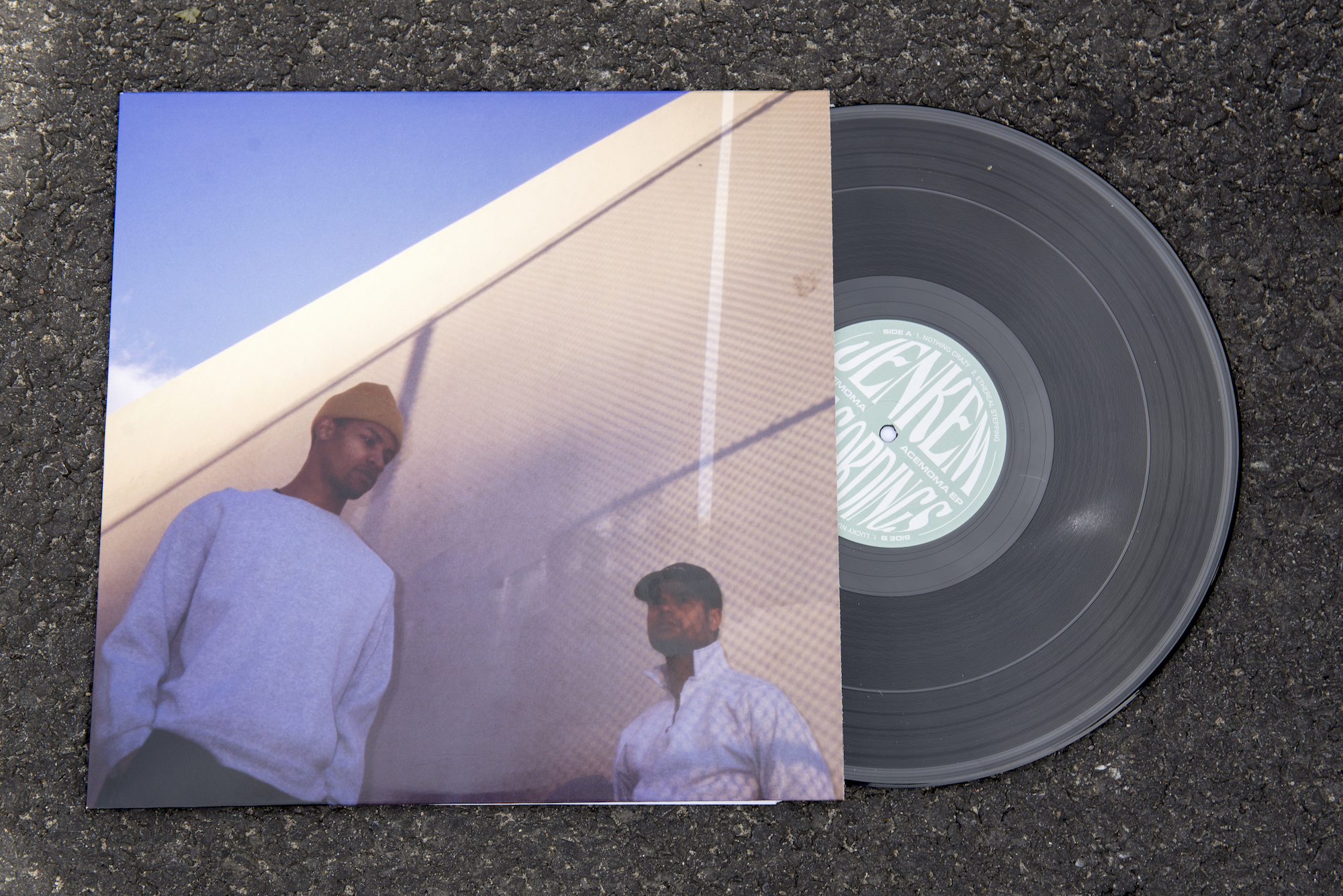 Easily the most “random” month, starting with our half-failed attempt at making our own wheels (and half-successful attempt at getting polyeurethane poisoning). Our friends in China turned us onto a confusing new skating reality TV show (in which Guy Mariano makes a brief appearance), we took a trip to study Stefan Janoski’s mind, and Taylor Nawrocki skated $600 self-lacing sneakers. Then we tried to calm back down with an electronic record we produced with a local duo known as AceMoMA. 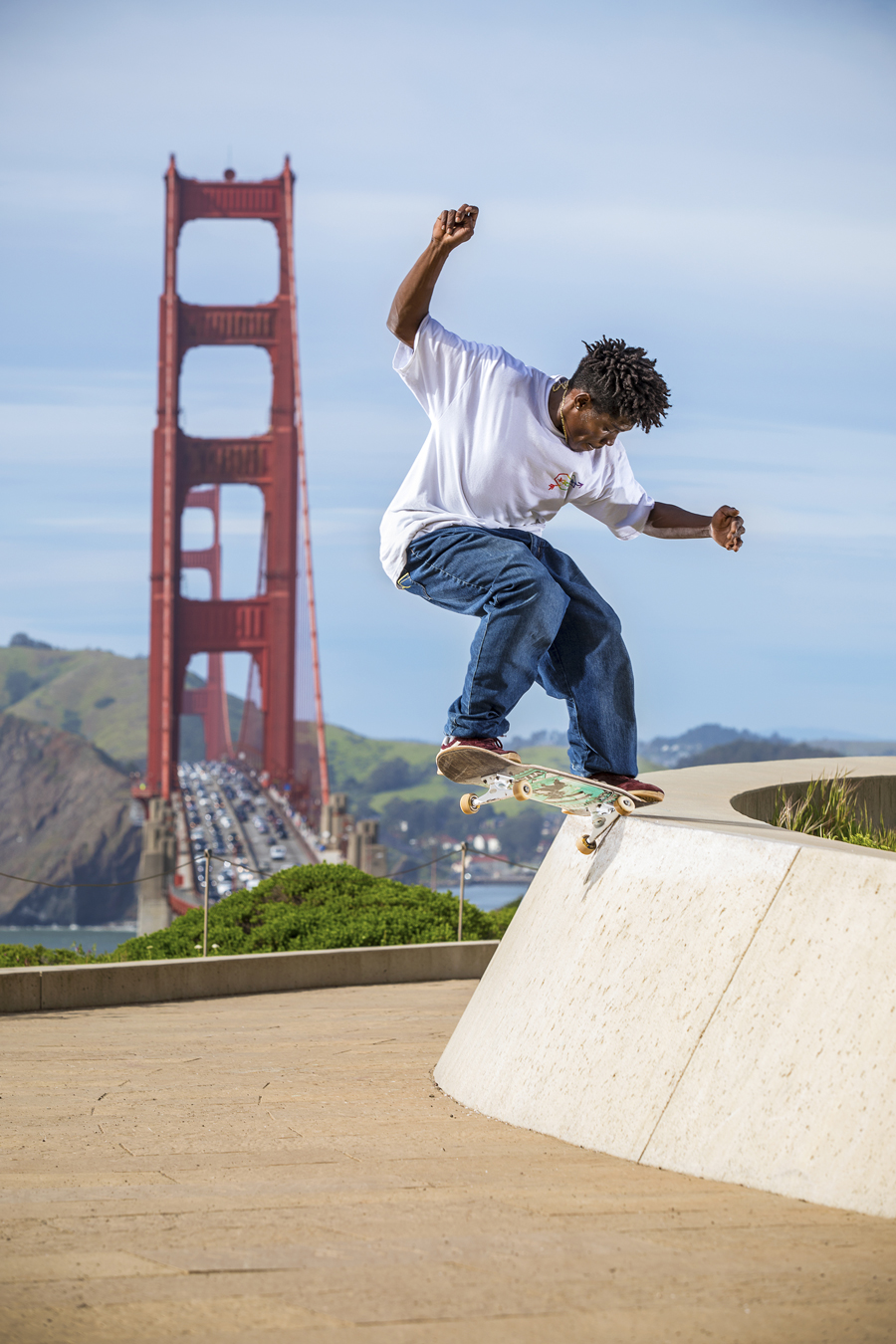 The “Summer Wind” hit nostalgic this year with interviews from ’90s pro Alex Moul on his underground music career and Pat Burke on recovering into a long overdue pro board. We also took a closer look at the sometimes overlooked contributions of Latnix skateboarders and interviewed a Brazilian up-and-comer, Anderson Stevie, who straight up saved himself from prison and gang banging by skating. 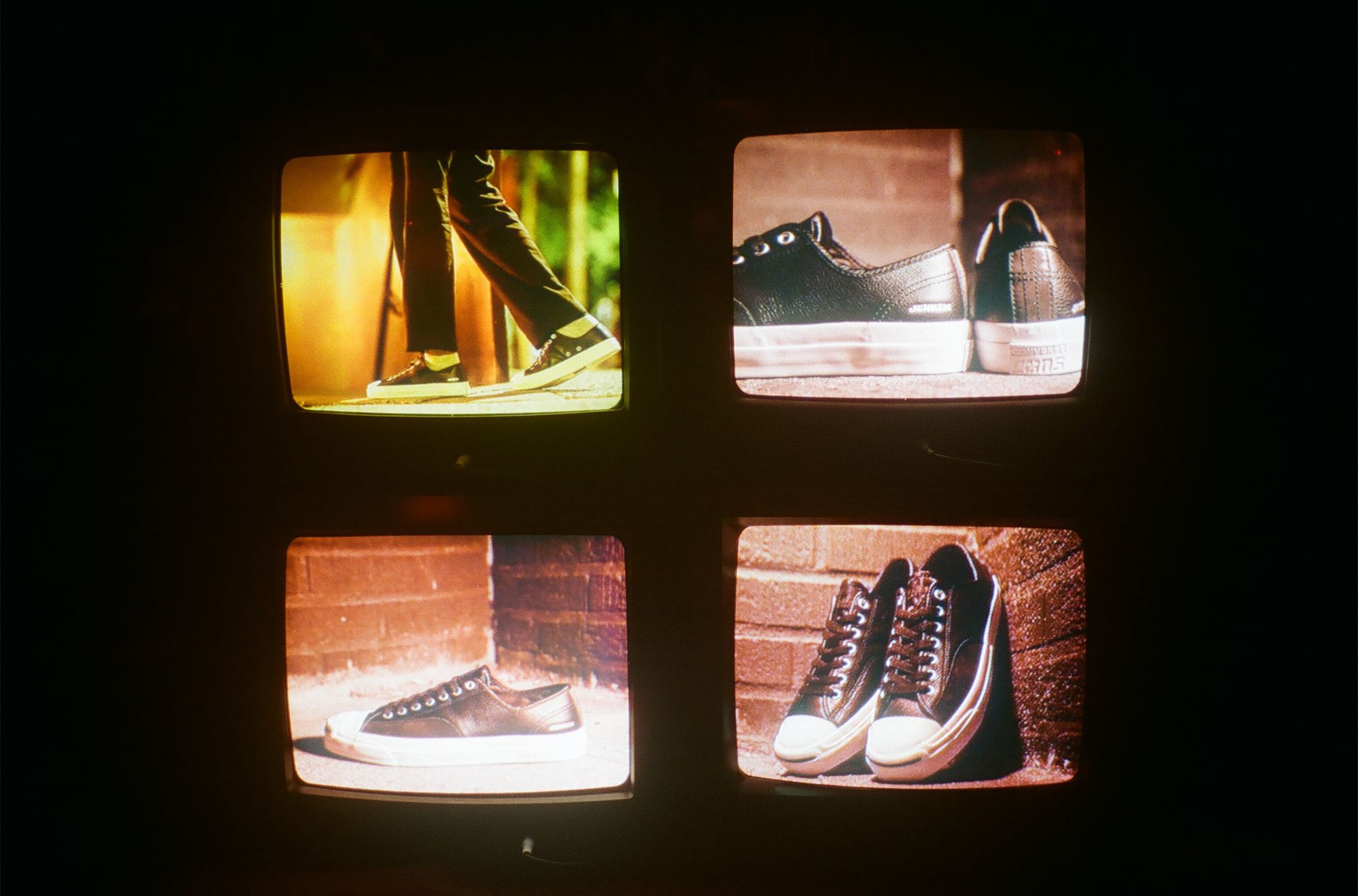 When skool picked up, Jake Keenan showed us how to search for skate spots using Google Earth. Our friends Rob Taro and Matt Tomasello shared their inspiring and face-twisting (respectively) videos, then we made a shoe with Converse. It’s not the only skate shoe you could wear during sex, but it’s the only one you might want to wear during sex (if that’s ur thing, idk). 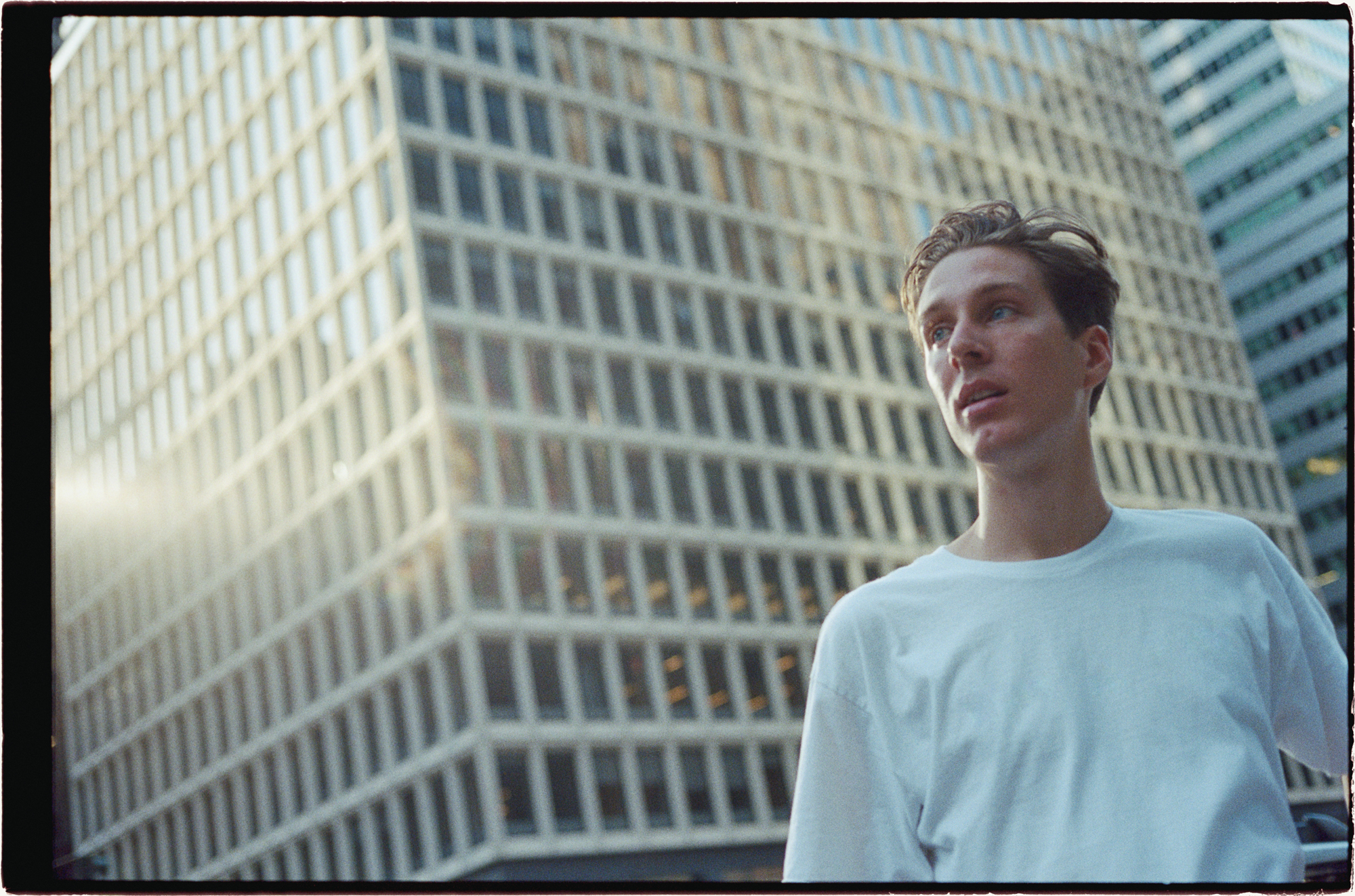 The unseasonably warm fall (thx climate change ;D ) dropped a bunch of heady apples in the form of a poetic essay on the poetics of Sir Markus Suciu, a treatise on the politics of sending all your vids to Thrasher, and a “things I wish I knew when I was younger” advice letter from Ryan Lay. Thankfully, the skater-turned-wrestler Darby Allin banged us over the head with a folding chair and Pluto reminded us to not take everything so seriously. 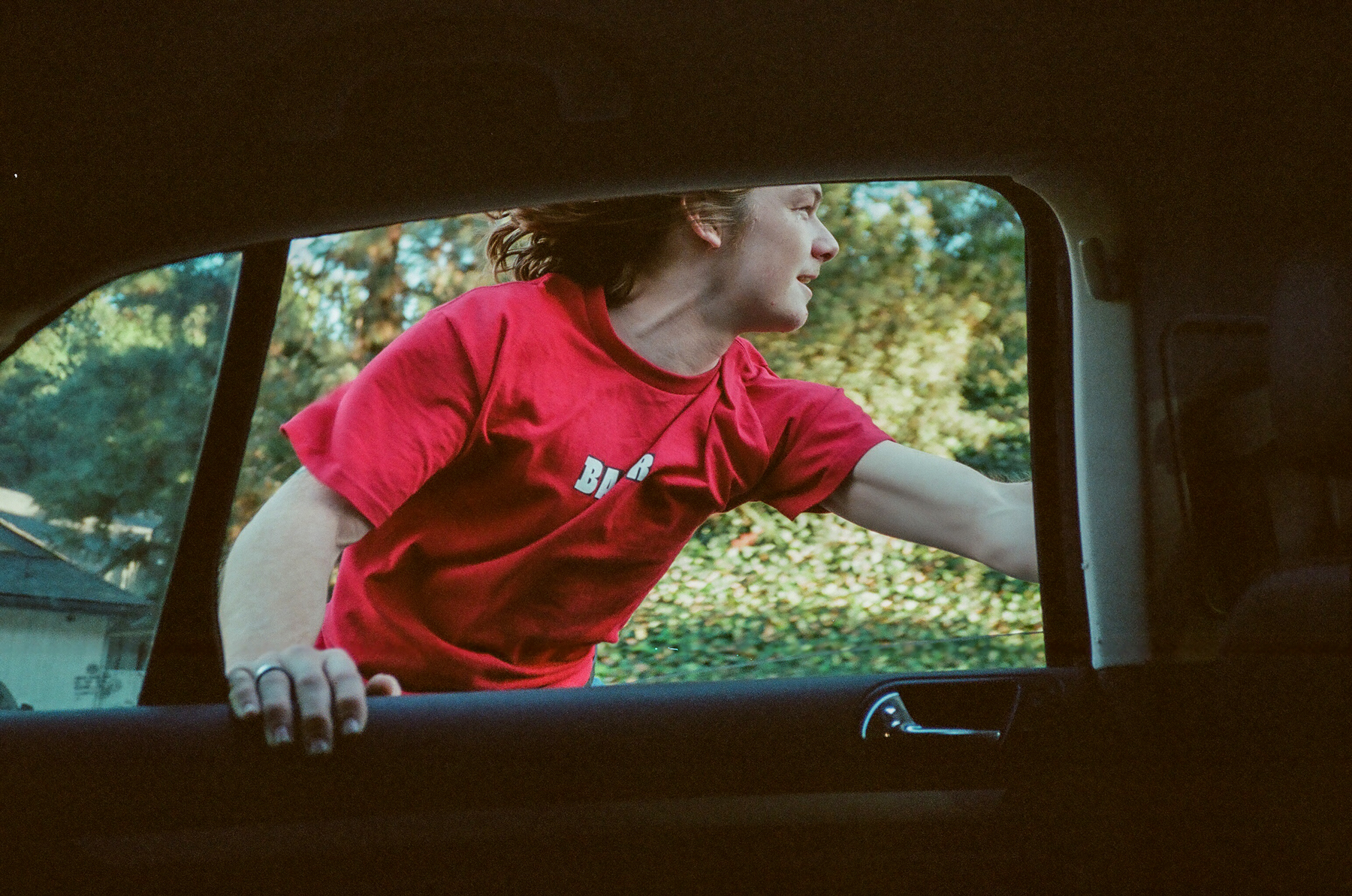 Before slaughtering some turkeys, Gino Iannucci let us pry into his past a bit and just as importantly, went skating with us at 6 a.m. to take some crispy skate photos. And on the eve of Baker 4 we reminisced about the stupid, brilliant, and brilliantly stupid magic of Baker 3. Meanwhile, two of our more intelligent contributors reported on how you make the world skate friendly and the past abuses that scarred Atlanta’s skate scene. 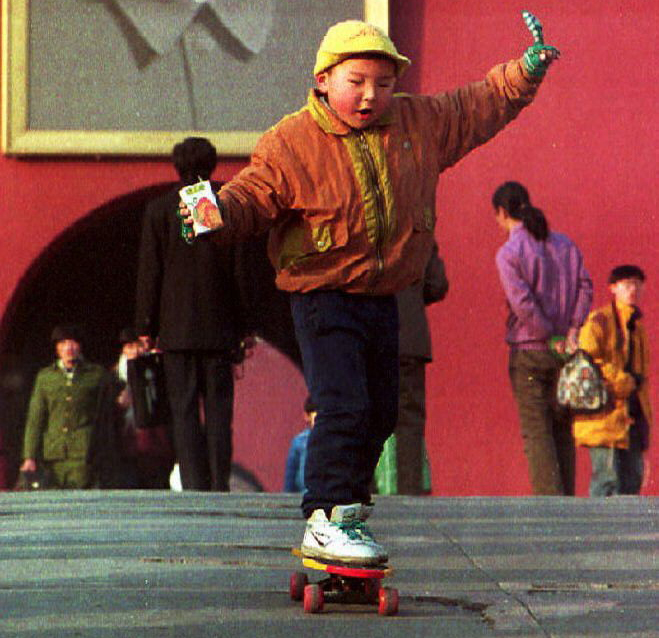 As semi-freezing rain has replaced year-end snow in New York, we had more time than usual to sit inside and work on stuff like our Big Stupid Activity Book (which is still available here). Our domestic and international correspondents reported on the dangers of Communist Party-sposored skate programs in China and the uplifting power of giving kids boards for being nerds, while our Australian friend Rowan Davis made a special video to end us off right.

Hope you all had a good year and remember, jumping skatepark gaps on CitiBikes is fine but hitting the Euro on a Revel is no bueno.