PHOTOS FROM OUR 10 YEAR ANNIVERSARY CELEBRATION AT THE JANE 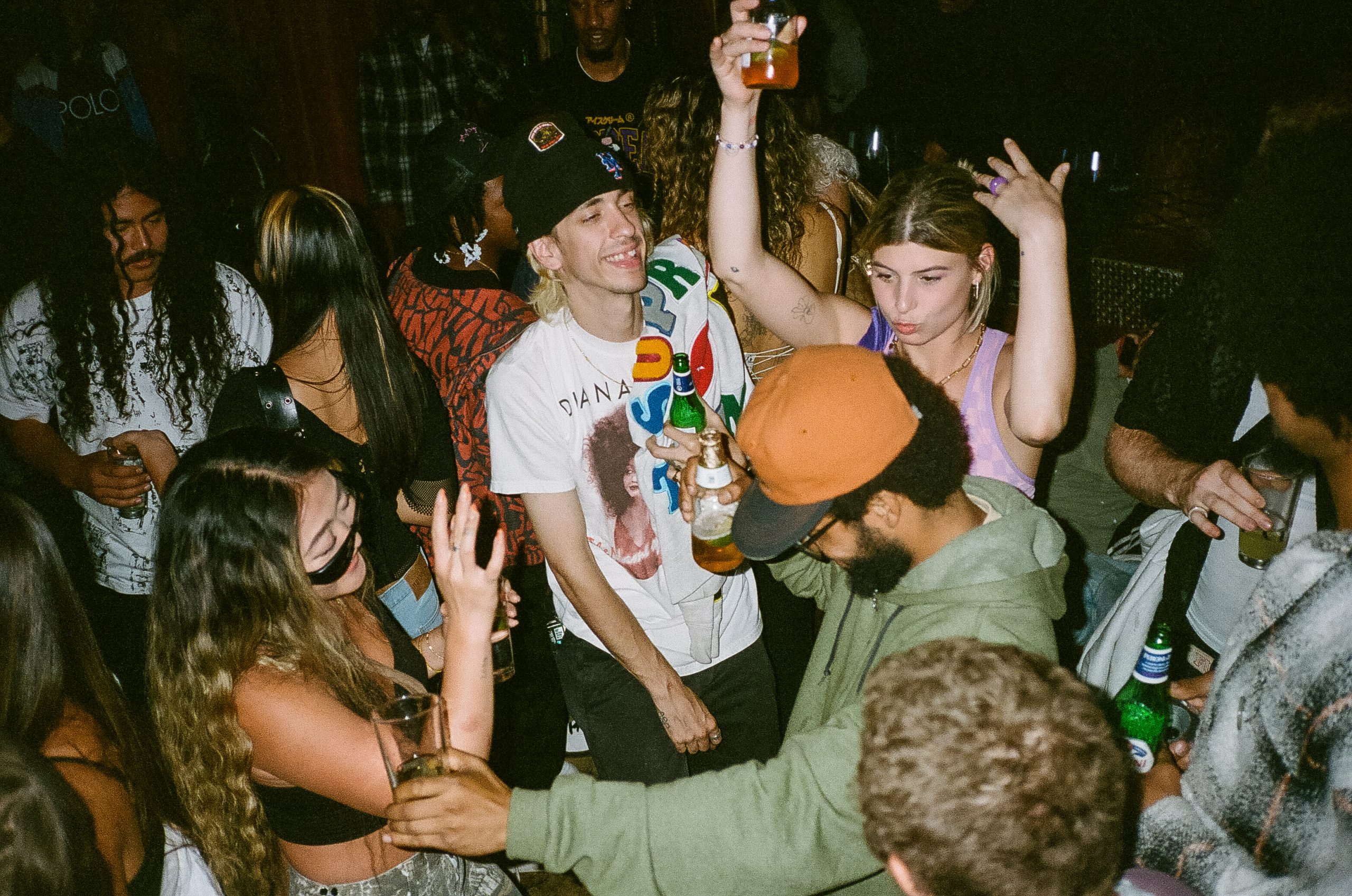 That’s right, believe it or not, we are officially a little over 10 years old as a company! Old enough to know better but young enough to do it anyway, or something like that.

In honor of 10 years, we also made a little commemorative zine/photo book. You’ll see it snuck into a few of the photos, so if you want a copy for yourself, just keep an eye on your local shop’s IG for any news on if they’ll stock it.

The celebration took place at the Jane Hotel, a classic club on the West Side that you’ll smell before you see. To help pay for this monstrosity Vans, Red Bull, and Tolago thankfully assisted on costs and drinks. If you missed out or were out chasing pro skaters around in CPH, read this recap while standing next to a giant speaker to help paint a better picture. 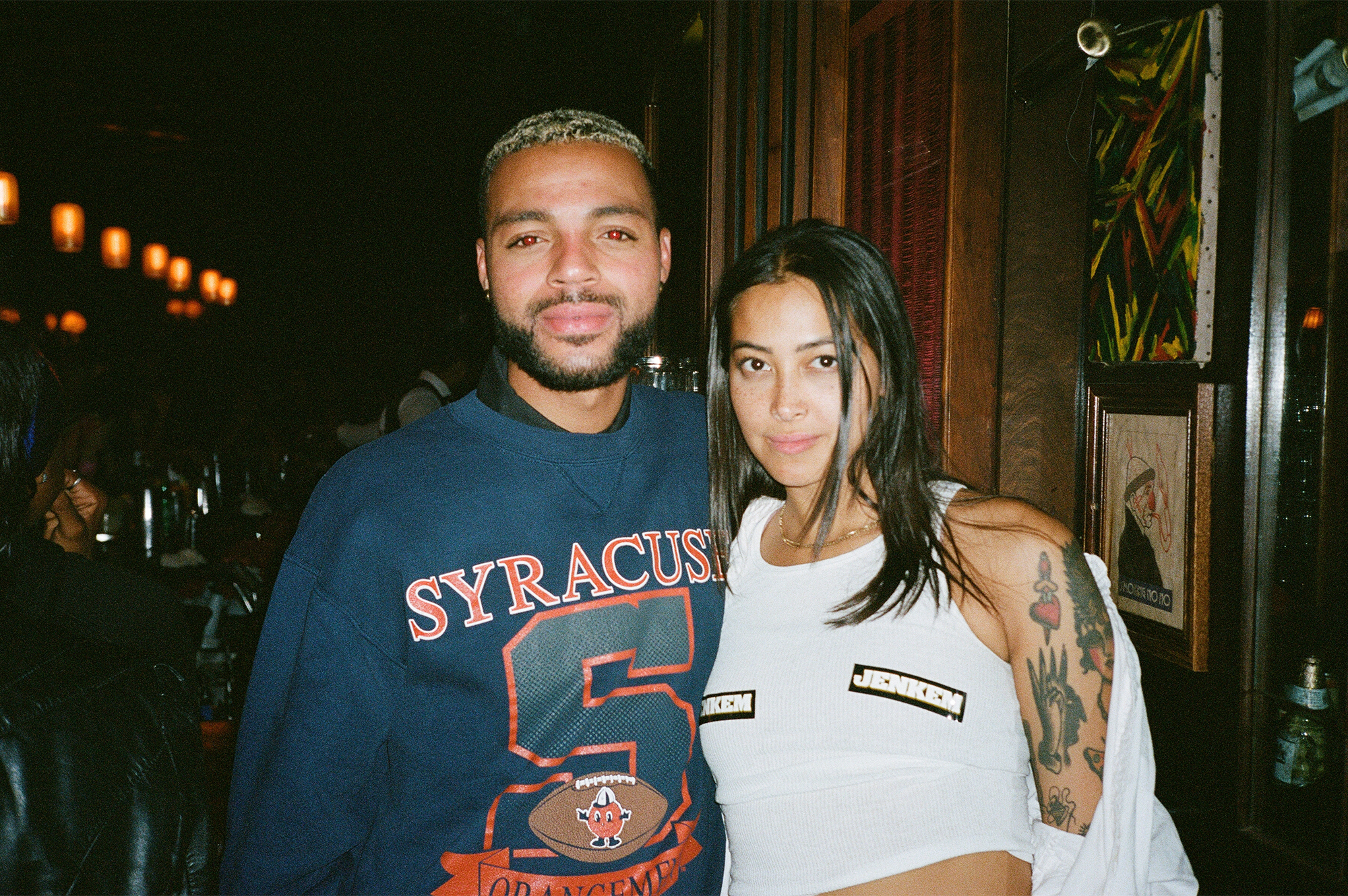 Justin Henry came out from Ohio and was one of the few pros at the party brave enough to take part in our makeshift best trick contest on the dance floor. While he didn’t win he did manage to stand upright after enjoying the open bar. Most people who squatted down to do their trick truly looked like they were about to just tip over. 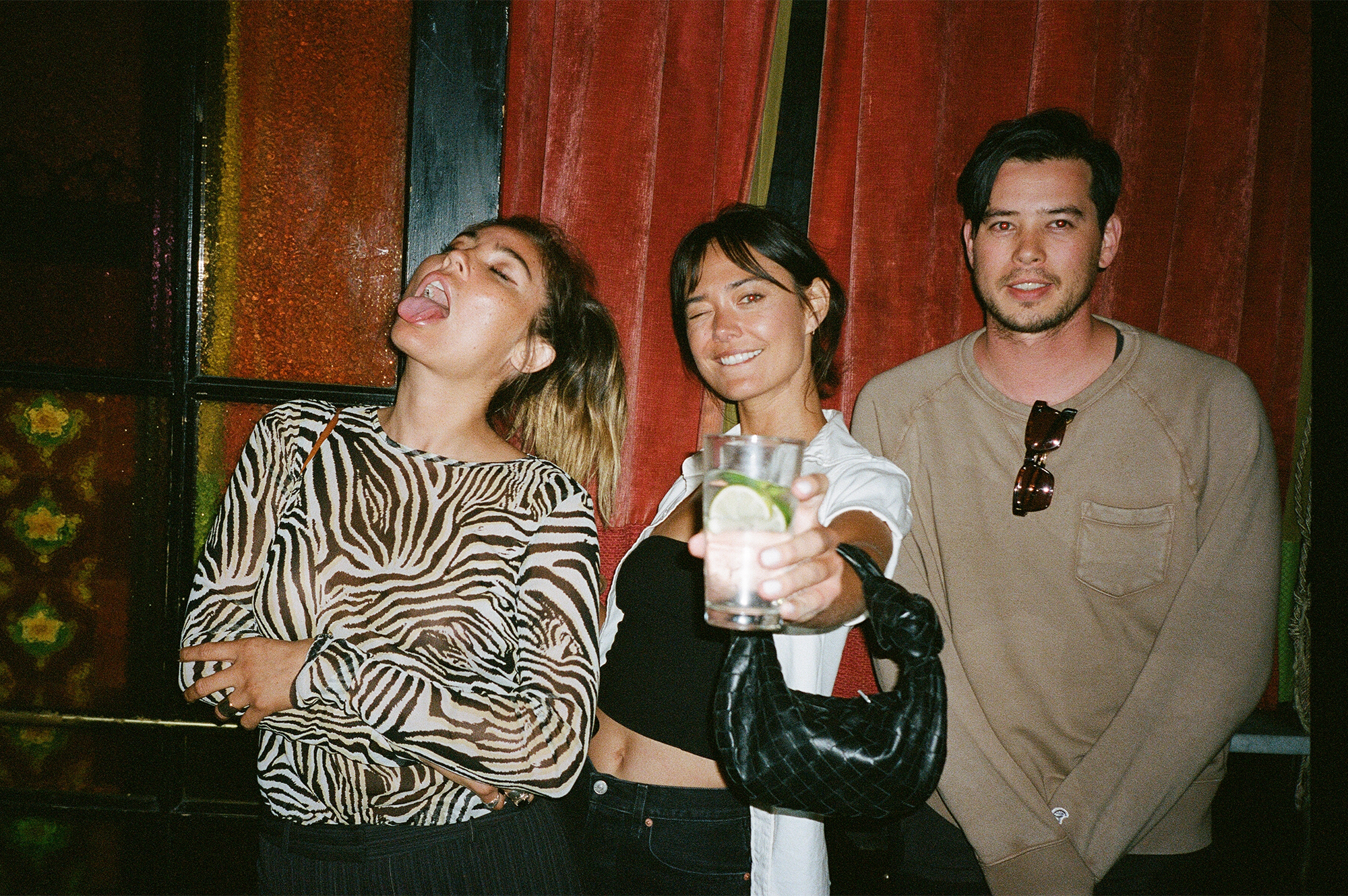 Not sure why our friend, and photographer, Andrew Arthur has his hands in his sleeves, but I’m going to make a baseless claim and say it’s because he’s hoarding a bunch of the free pre-rolls or just really has to pee. 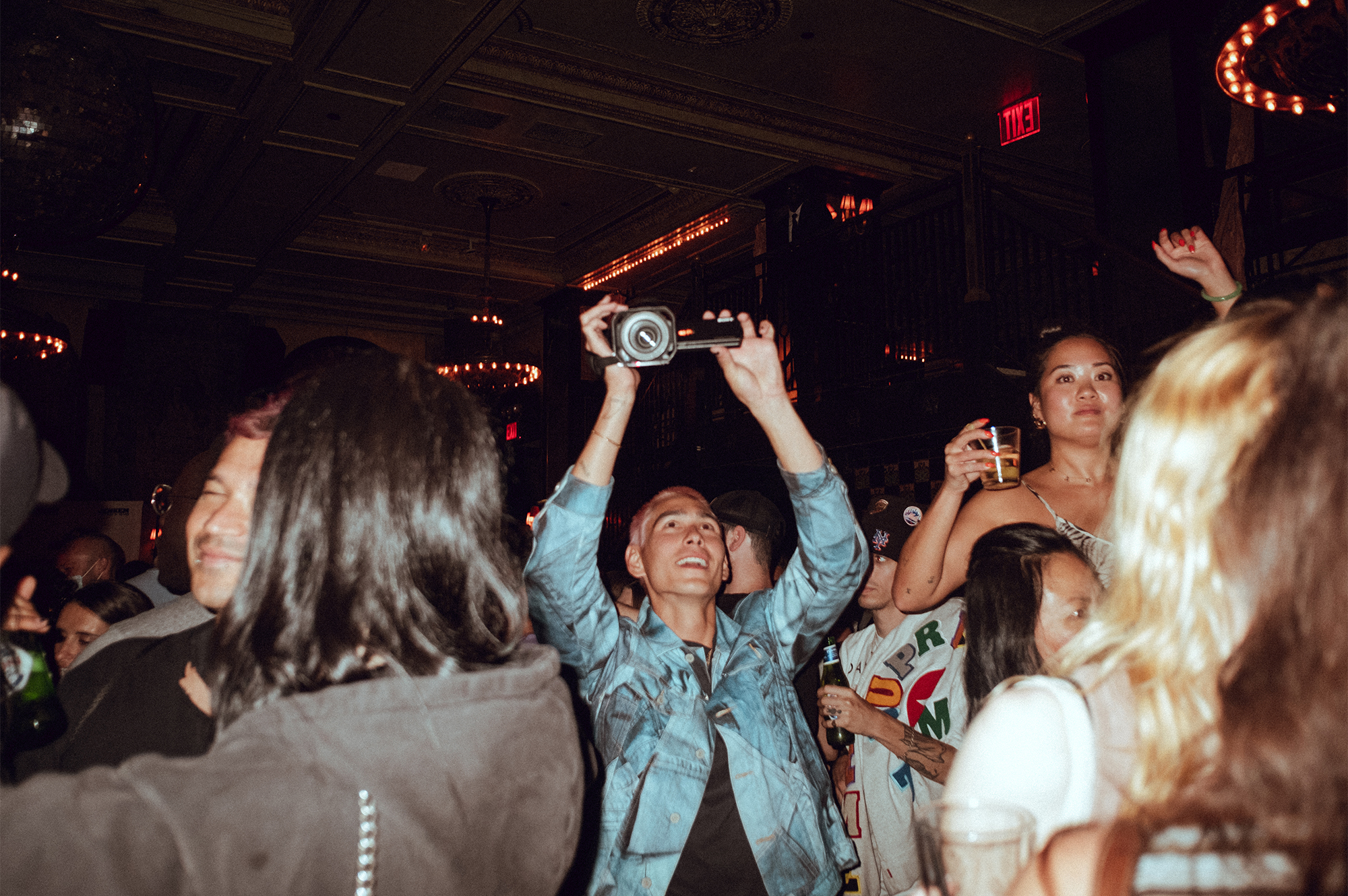 I’ve never really been around someone from skating that has as much star power as this dude, and honestly, it’s probably completely exhausting. Everyone’s tryna sneak pics of you, introduce themselves, or just maul you when all you want is to hang out. On the flip side, I imagine you can get any guy or girl you want, and pretty much never have to pay for anything, so I think everything balances out in the end? Evan, are we right? 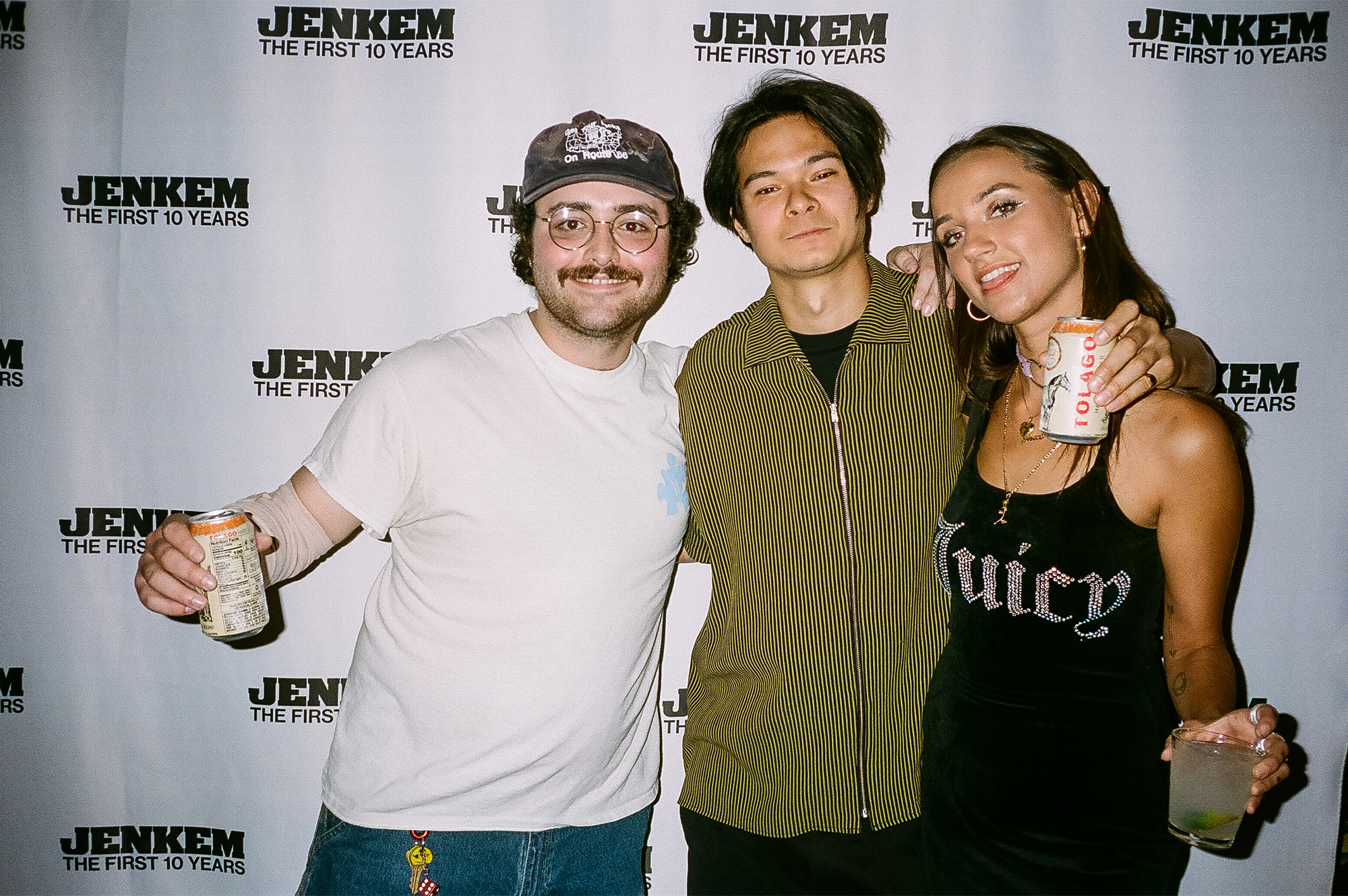 Here’s Ian with Patrick from our recent Food From Skate Videos segment, and Thea, longtime Jenkem fam. We decided to blow some bucks on an old-school step and repeat, which ended up being a little bit of an afterthought, but glad we did it. 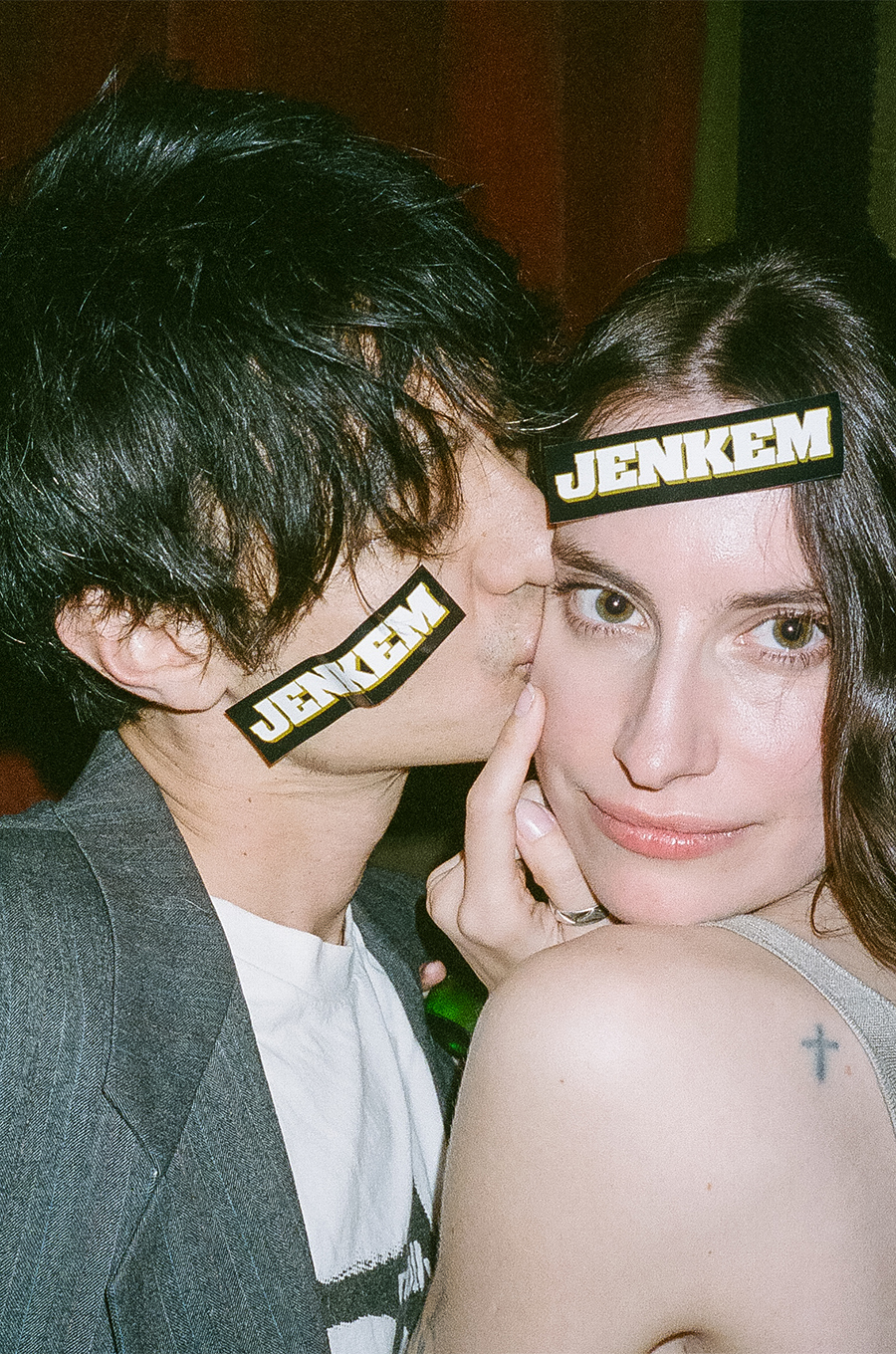 We re-upped on stickers before the event and it seems like it was the simplest way to excite the crowd. All night people were sticking them on each other. Our intern Justin wants it to be known that he “won the night” when he put a sticker on Antonio Durao’s ponytail without him noticing. Weird what gets 18-year-olds excited these days. 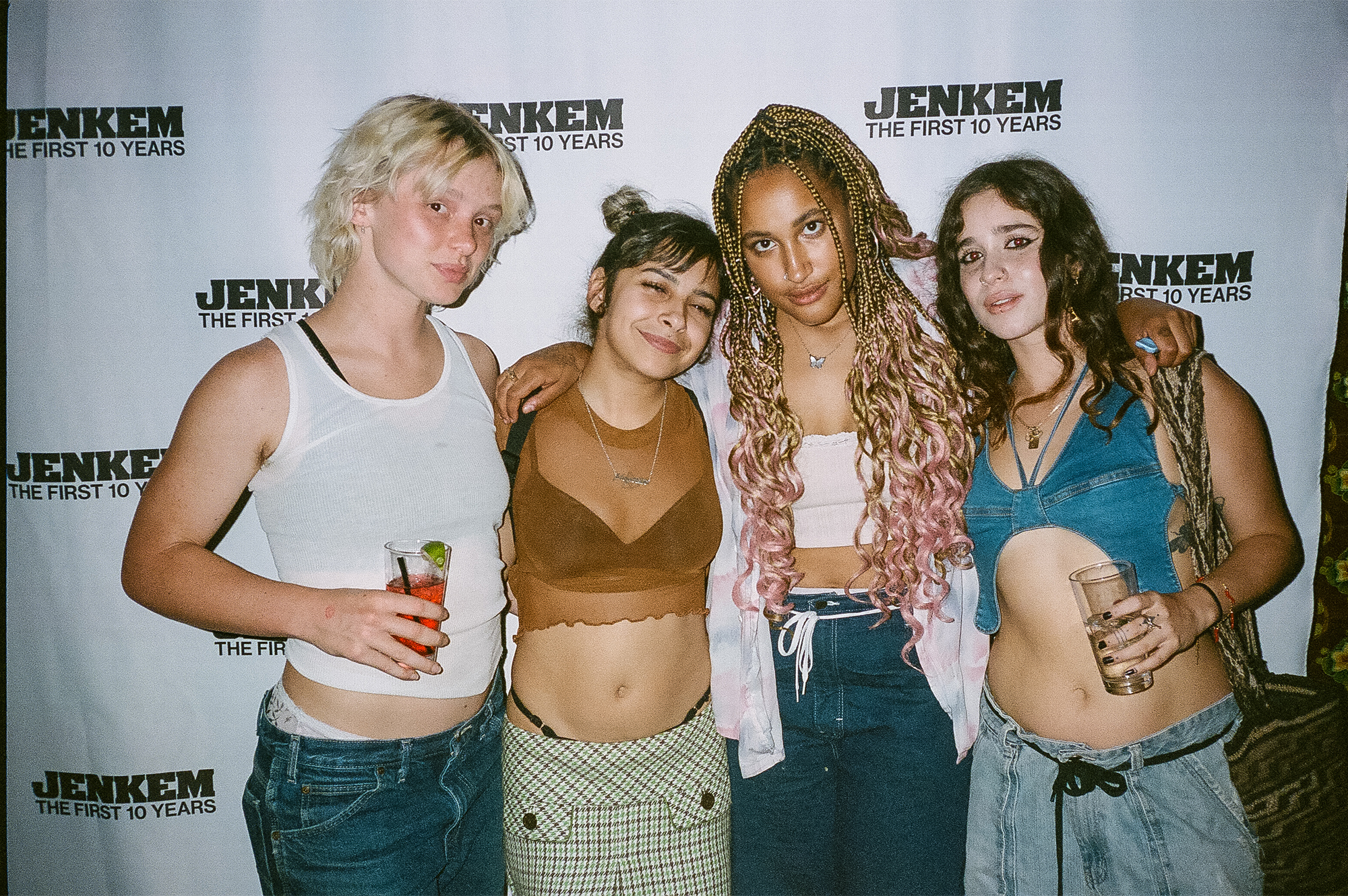 Cass Bermudez from the Genesis crew came through with a bunch of her homies. There was a good mix of skaters and non-skaters at the party, and it was pretty easy to tell who was who. The normies were in regular Manhattan club clothes and the skaters were rocking extra baggy pants, Y2K fits, or the most obvious, shoelace belts. 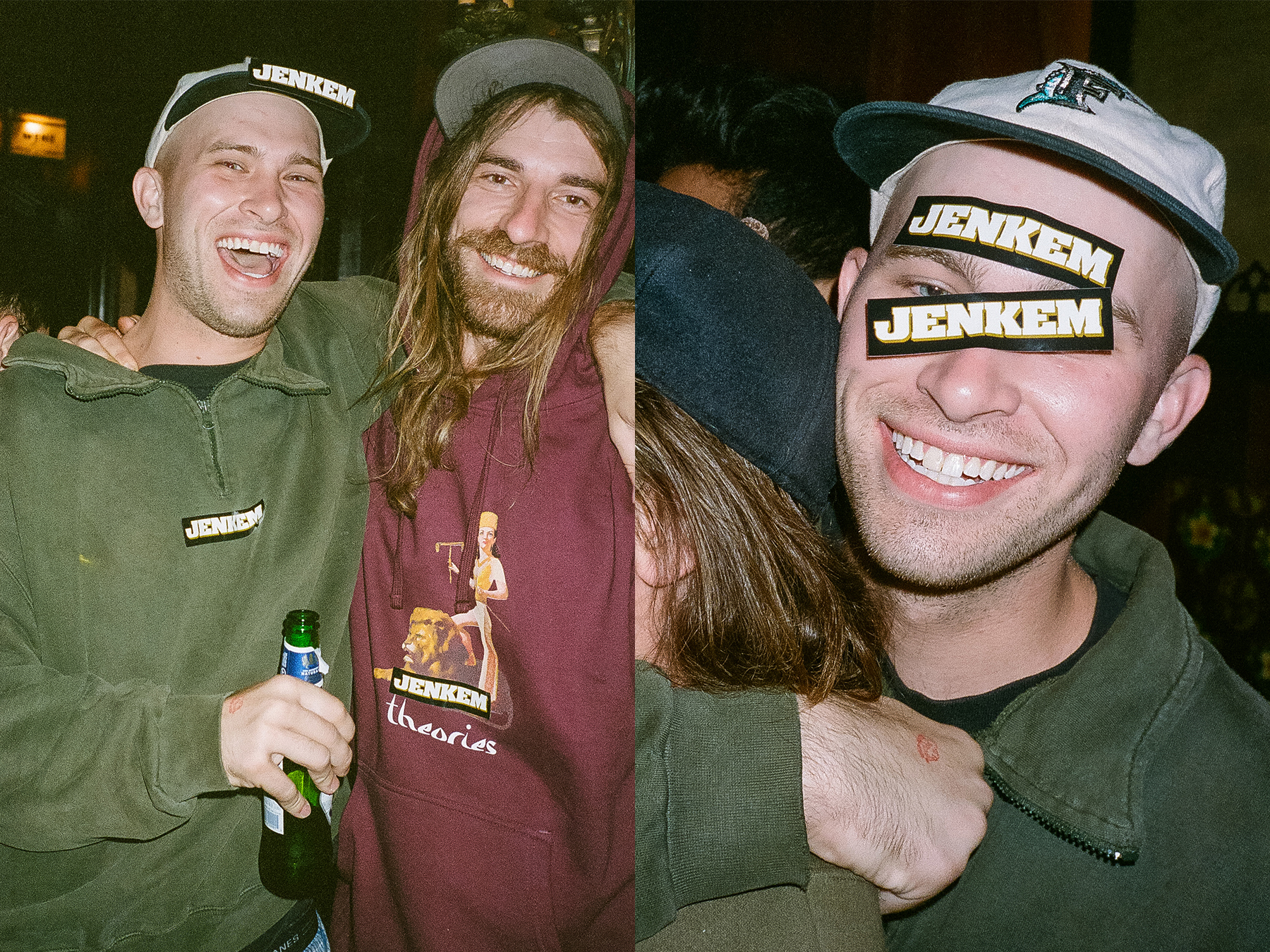 Tristan Mershon and Dustin Eggeling partook in the sticker activities as well. It’s always nice to get these two drunk enough to where their inner-Floridian comes out. Shout outs to Tristan for being a big help over the last couple of years when it comes to our video programming. He’s a talented skate filmer and editor, and we’ll definitely be having more stuff from him on the site in the near future as well. 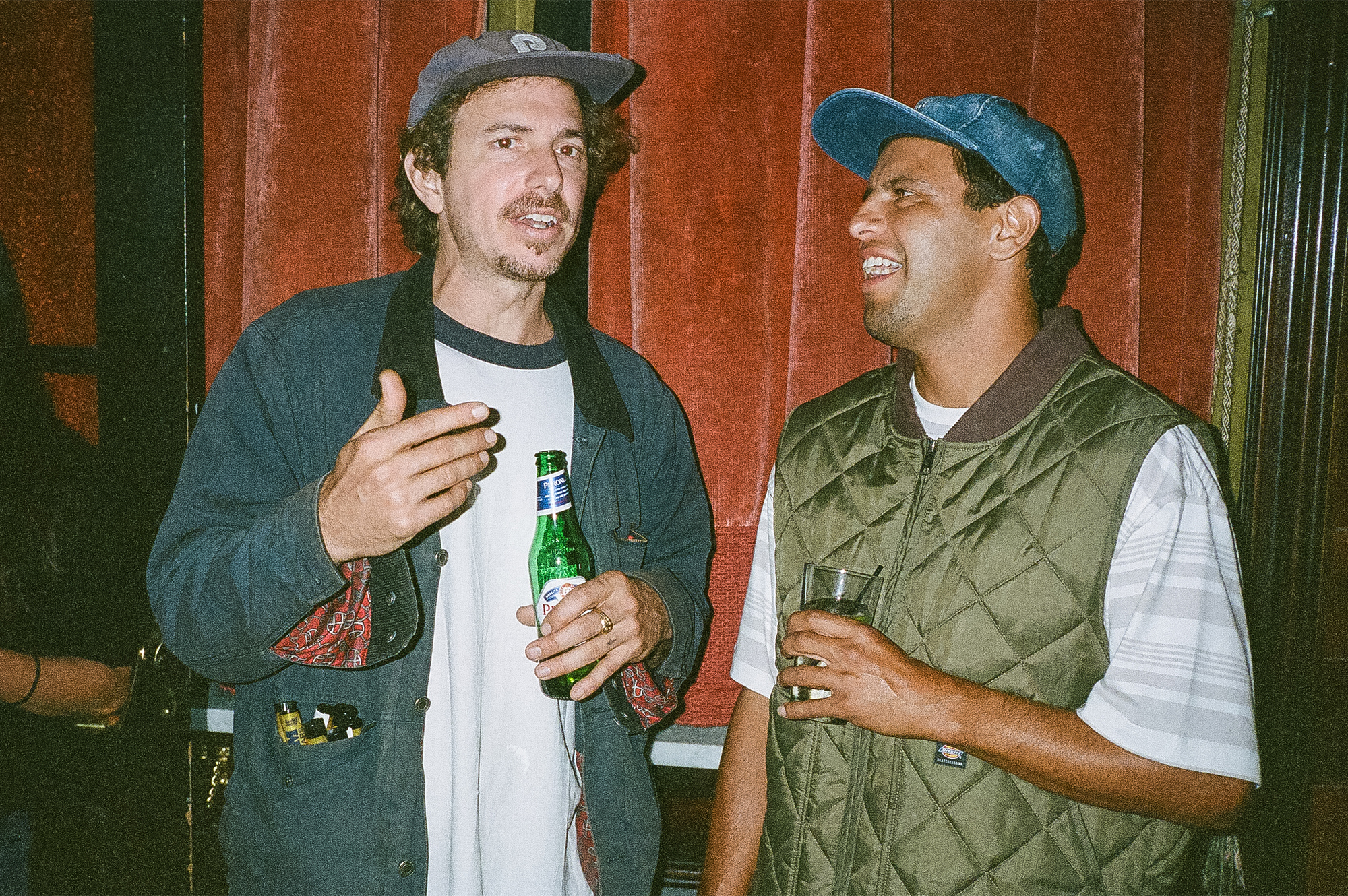 If you’re not sure what to small talk about at your next party, just choose from any of these topics: Rent increases, a skate trip from four years ago, or just point out the hottest person in the room and quietly die a little inside. 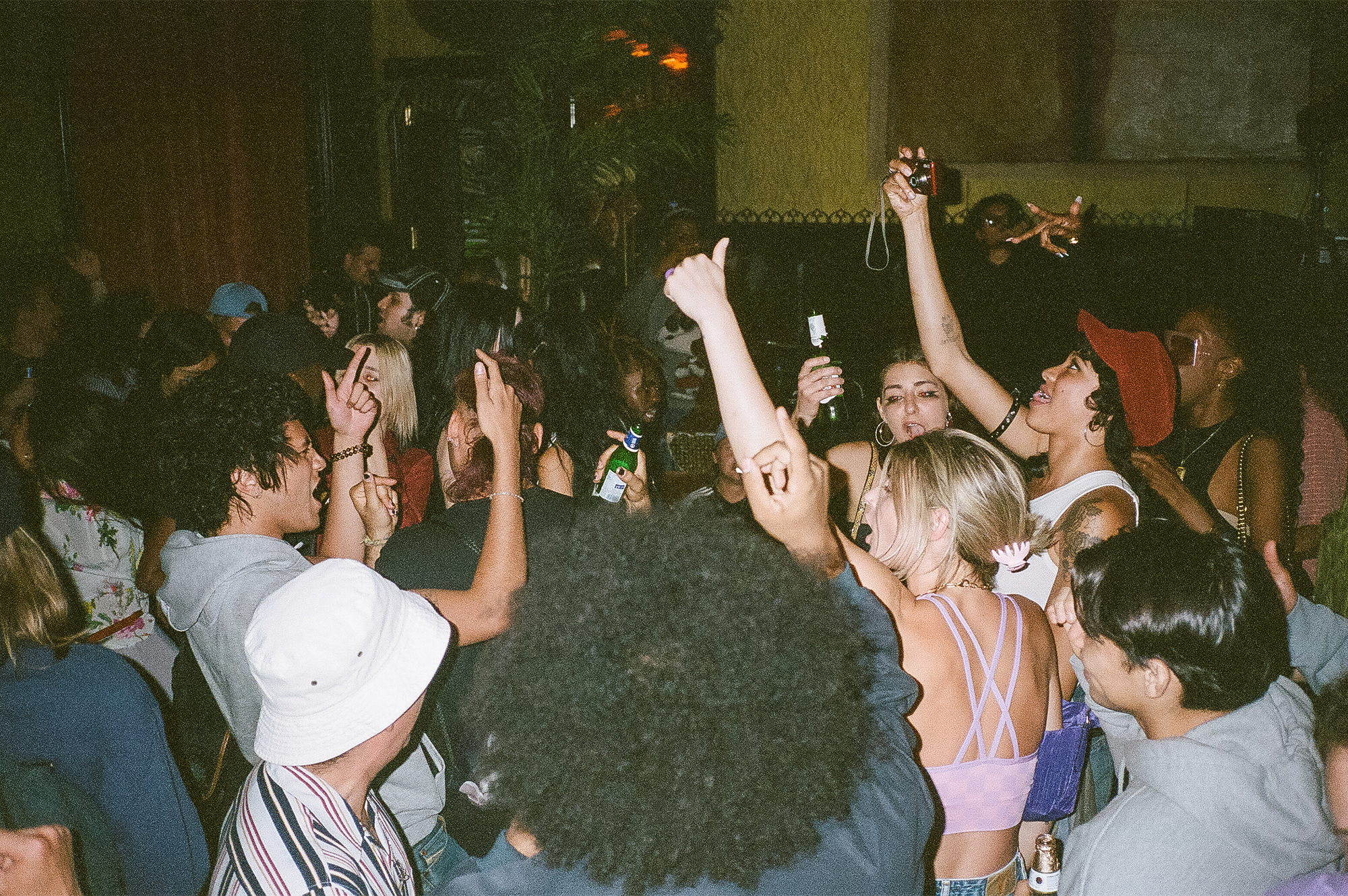 We were a little bummed that Eli Reed couldn’t show up and break it down Jamaican style, but at least these homies came out and kept it high energy. 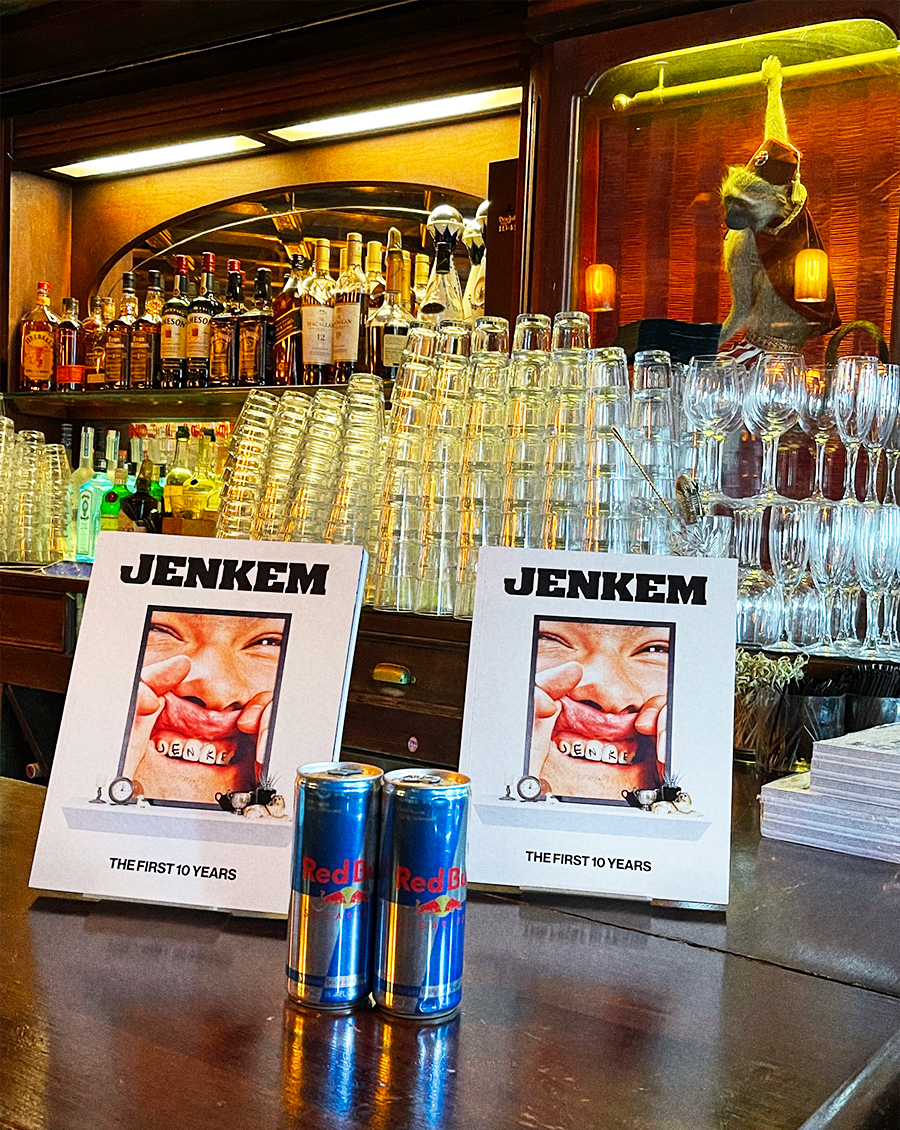 Red Bull came through on the support for this one, and good thing because people needed the added legal kick on a Sunday night to override their hangover from the night before. In addition, Tolago jumped in, which is a new hard seltzer company based in California (surprise!) that has low-key co-owners like Louie Lopez and Mike Anderson. 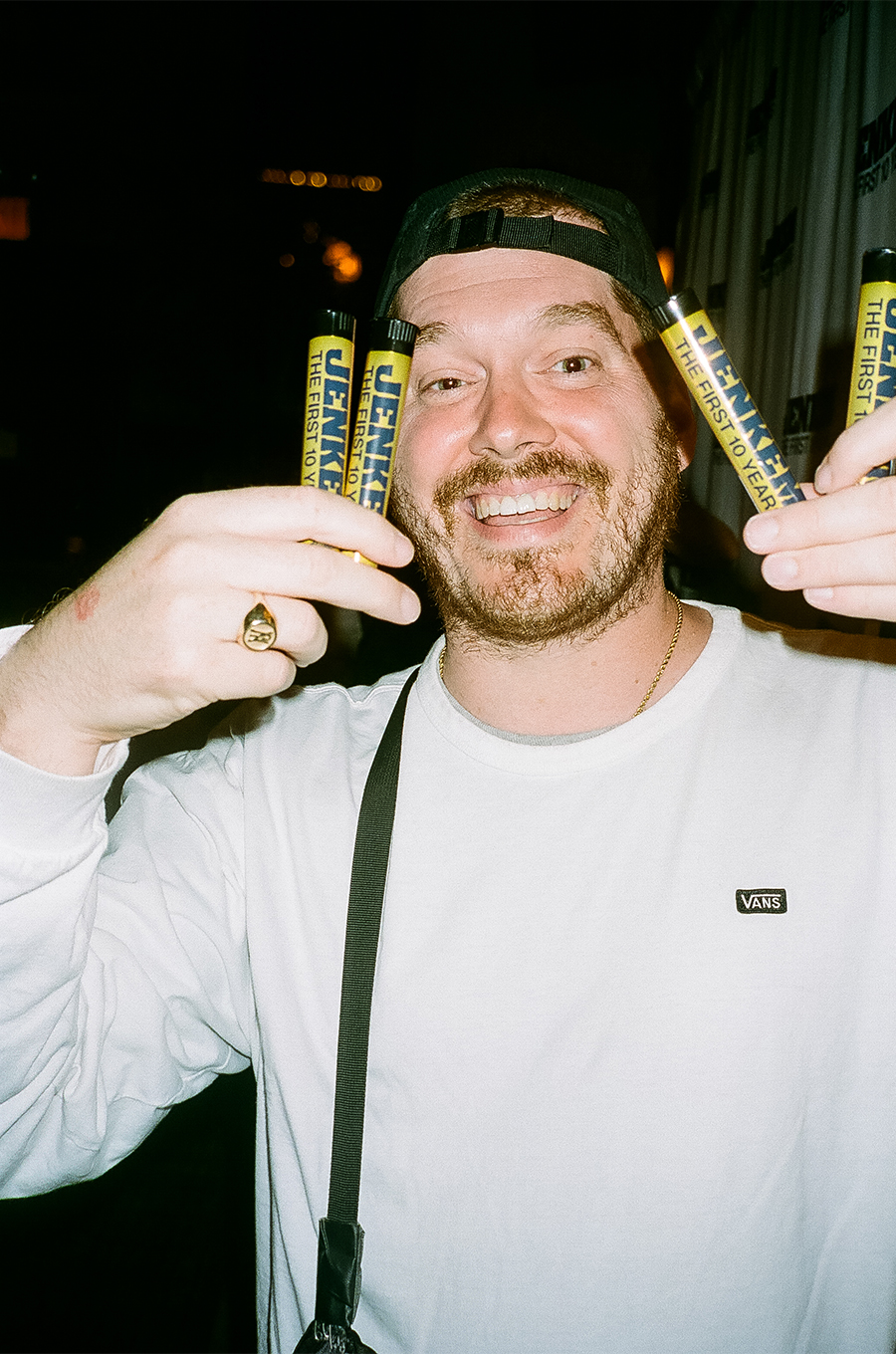 2022 hasn’t been easy. Inflation is coming down hard and film development prices are rising through the roof and there are no more stimulus checks to lighten the load. So we had to do what was necessary to help out our friends in need. We teamed up with Higher Empire to provide Jenkem branded pre-rolls for the good people of New York.

Frankie Spears was one of the many pros that made it out to The Jane hotel for the party. We’ve never worked on anything with him in the past (not really sure why!), but we were hyped he was down to come out regardless of us never showing him any explicit love. Just so you know, we back you, Frankie! 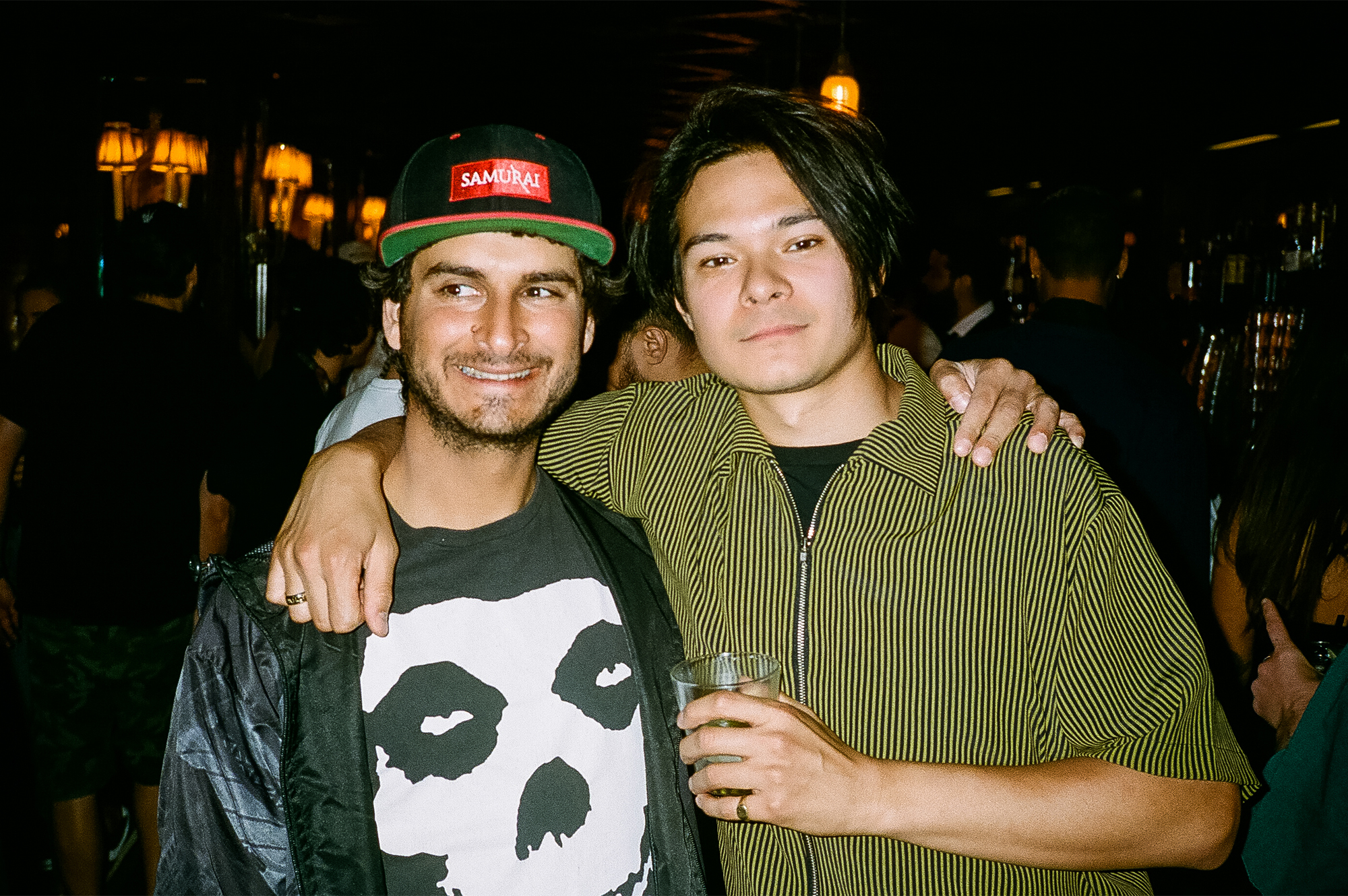 Taji Ameen and Ian go way back. They actually interned together at VICE in 2009, when it didn’t suck. Taji also filmed some of the earliest Jenkem segments, like our first Hanging Out With…, building spots with Jerry Mraz and one or two others that I’m too lazy to find right now. 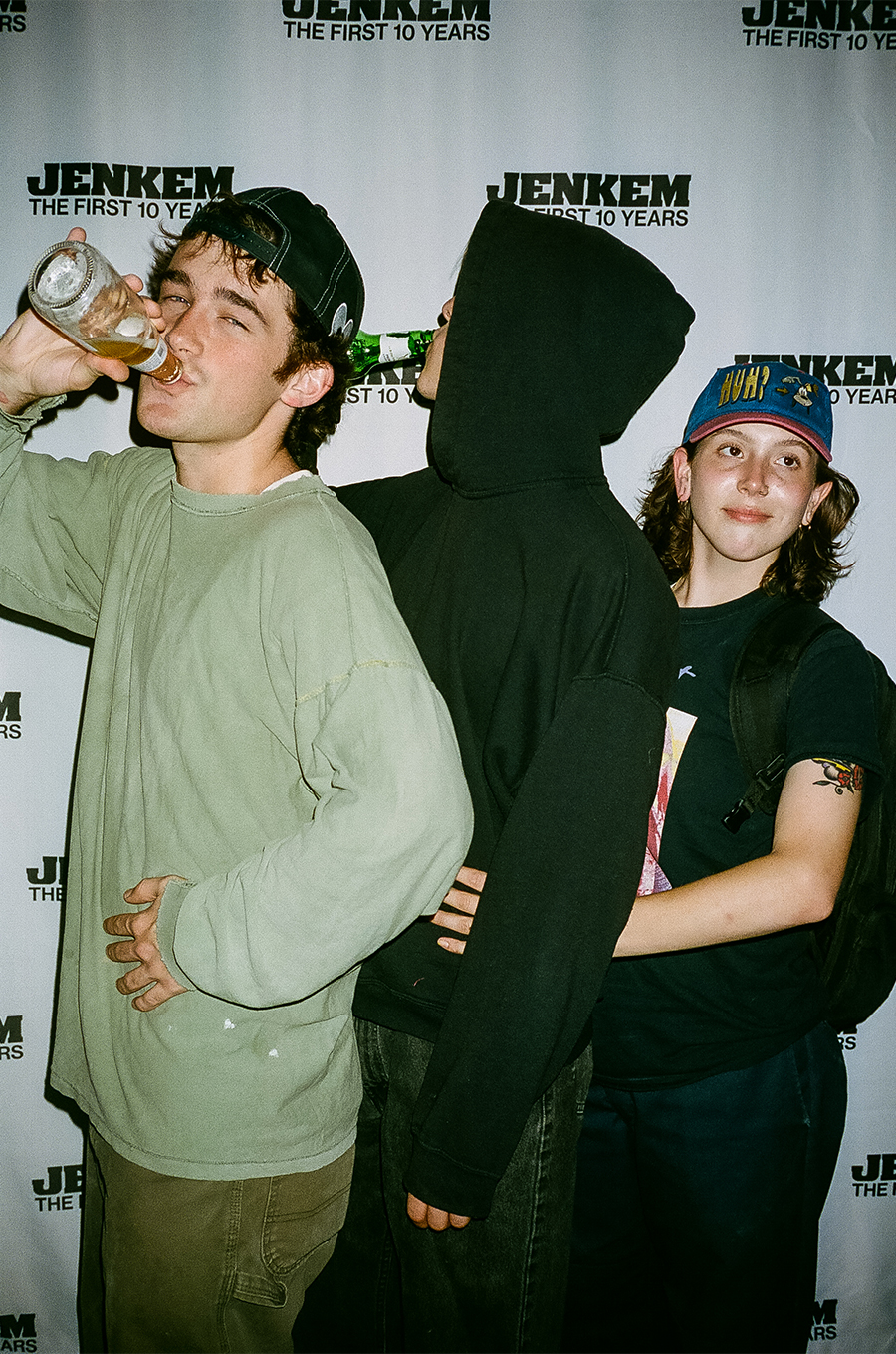 Elise, co-host of the Okay, Last Try podcast, made it out with a couple of their friends a little later into the night. It’s probably safe to say that most skaters barely graduated high school, much less participated in any extracurricular activities like their prom, so we were happy to be able to provide an awkward prom photo redemption opportunity. 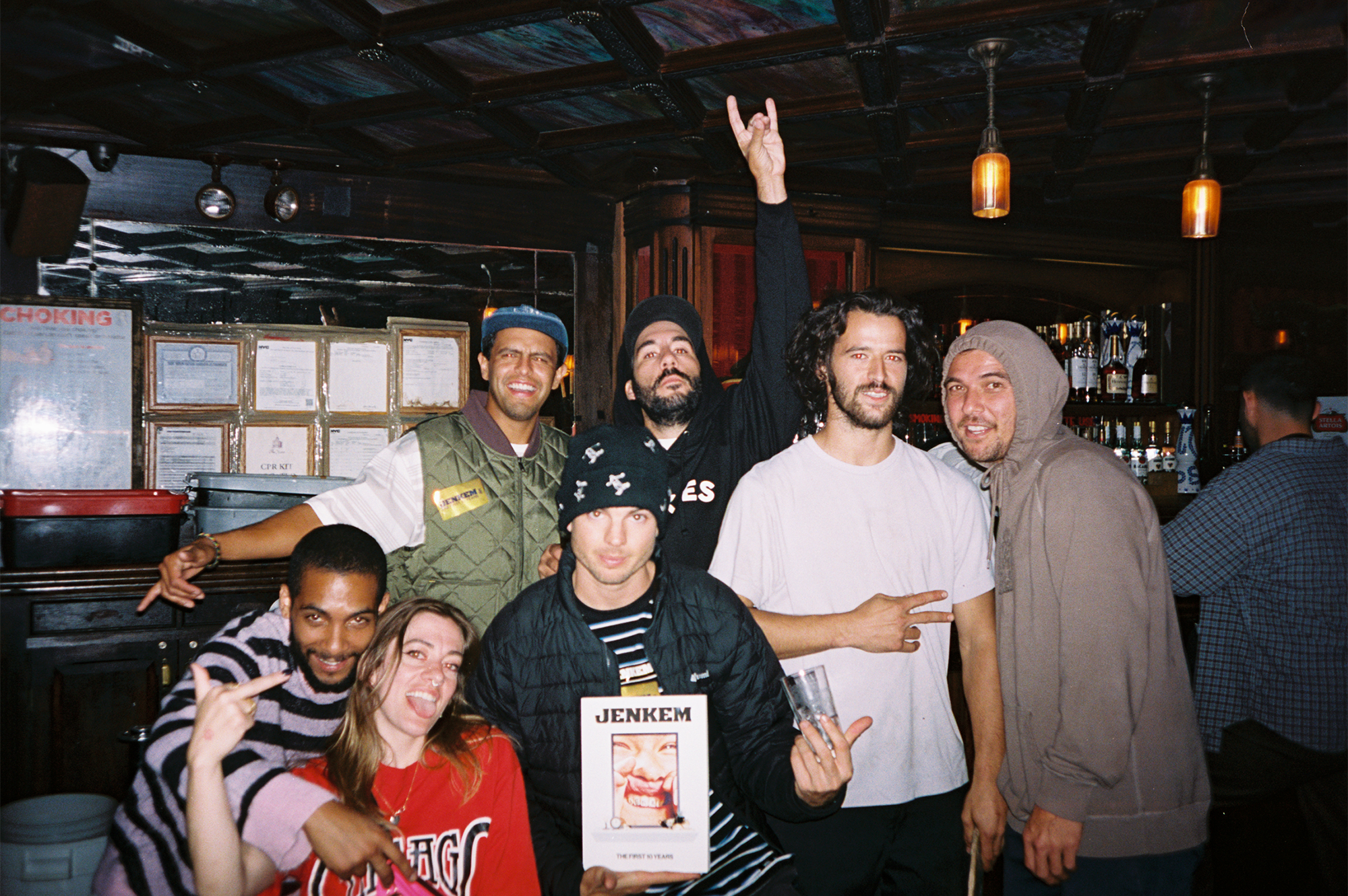 Humans have figured out many things, but what to do with your hands when taking a photo clearly isn’t one of them. Here we have horns, middle fingers, shakas, backward peace signs, and more. 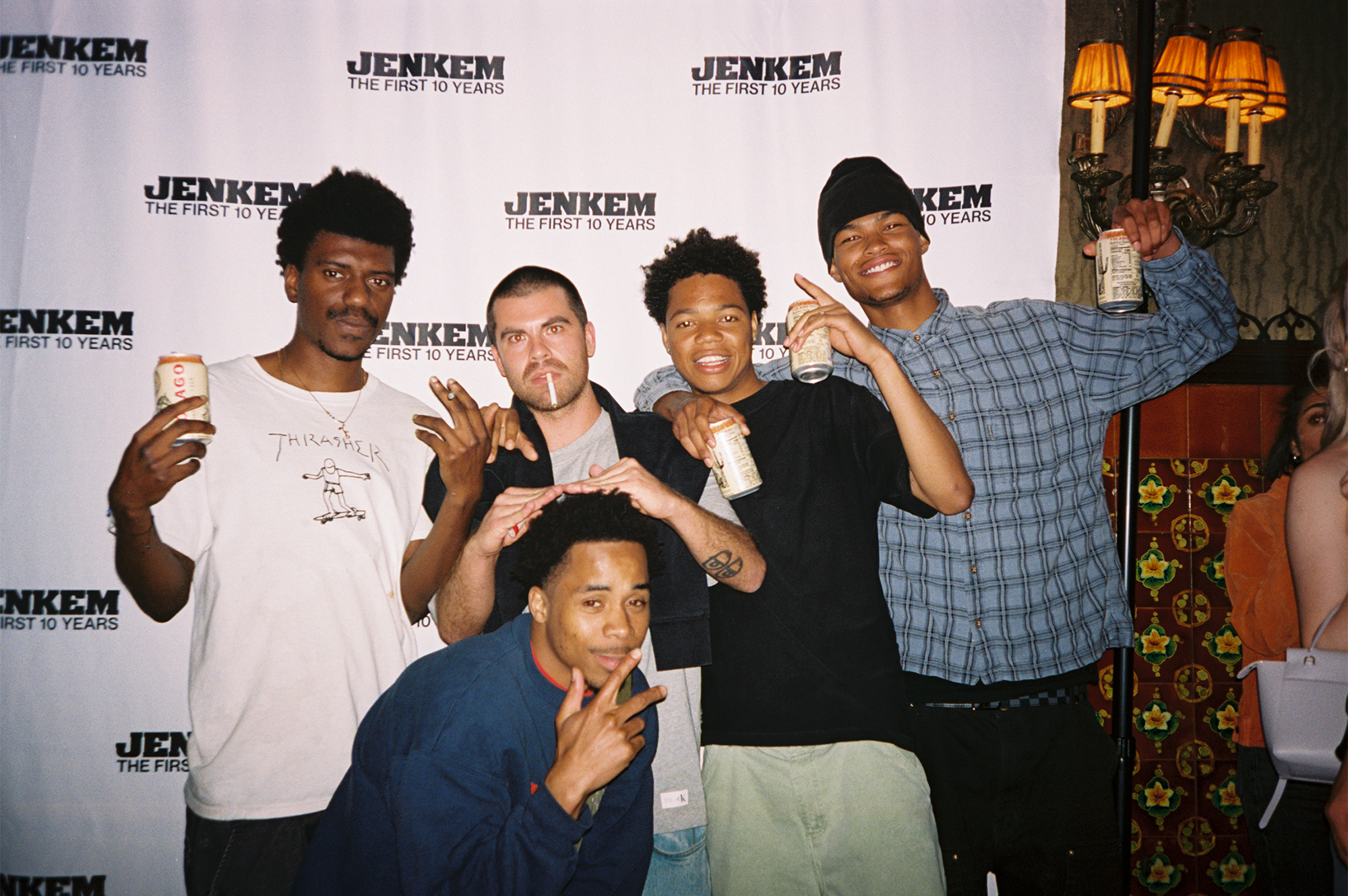 There were tons of other people there in attendance who have played a part in our history, however small or large, and unfortunately, we were too busy attempting to enjoy ourselves to snag a pic with every single person. You know how playing host goes. So we’ll take this space to say thank you to everyone else who didn’t get a shout-out yet. We appreciate you all, and here’s to ten more years! 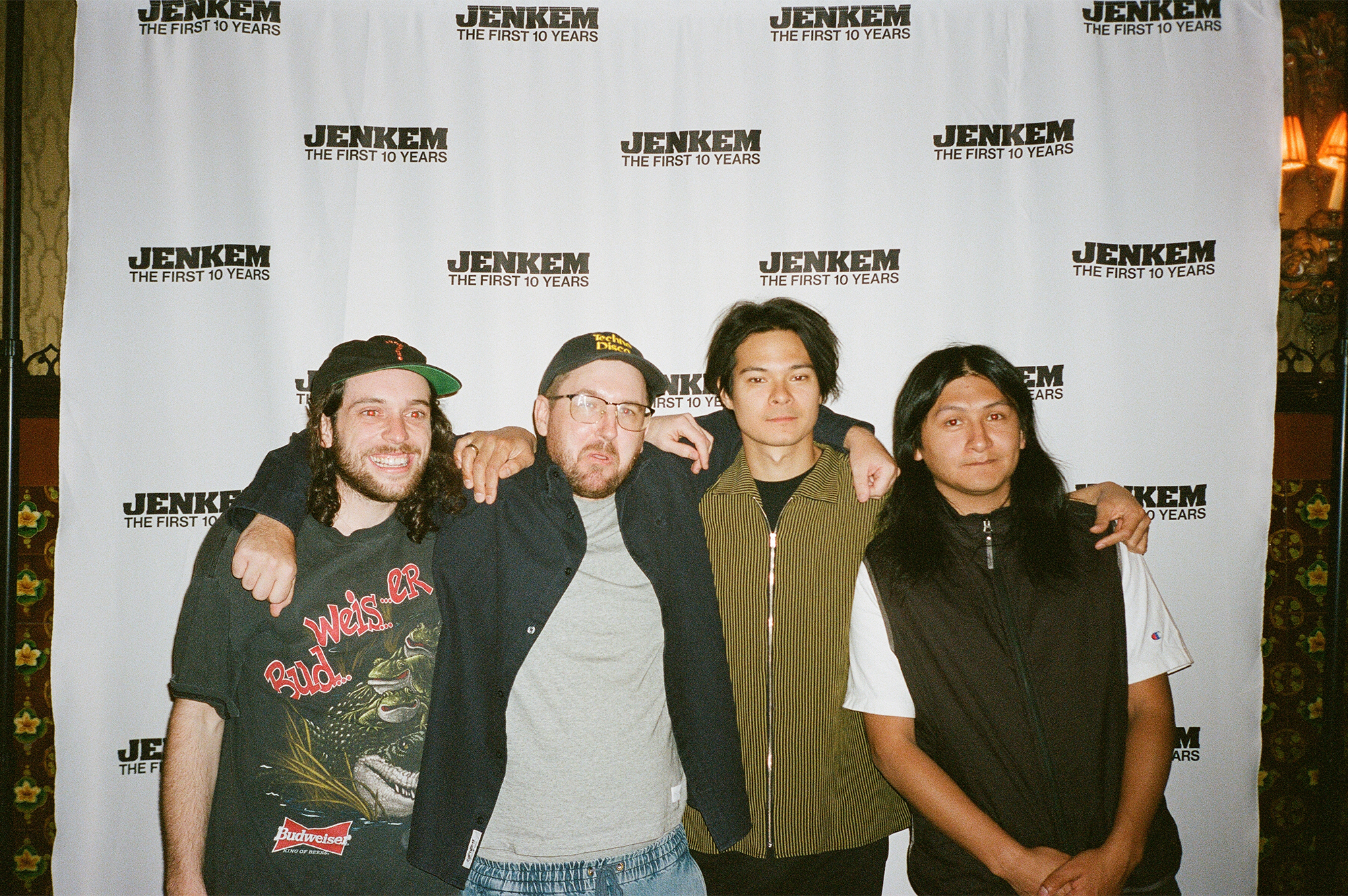