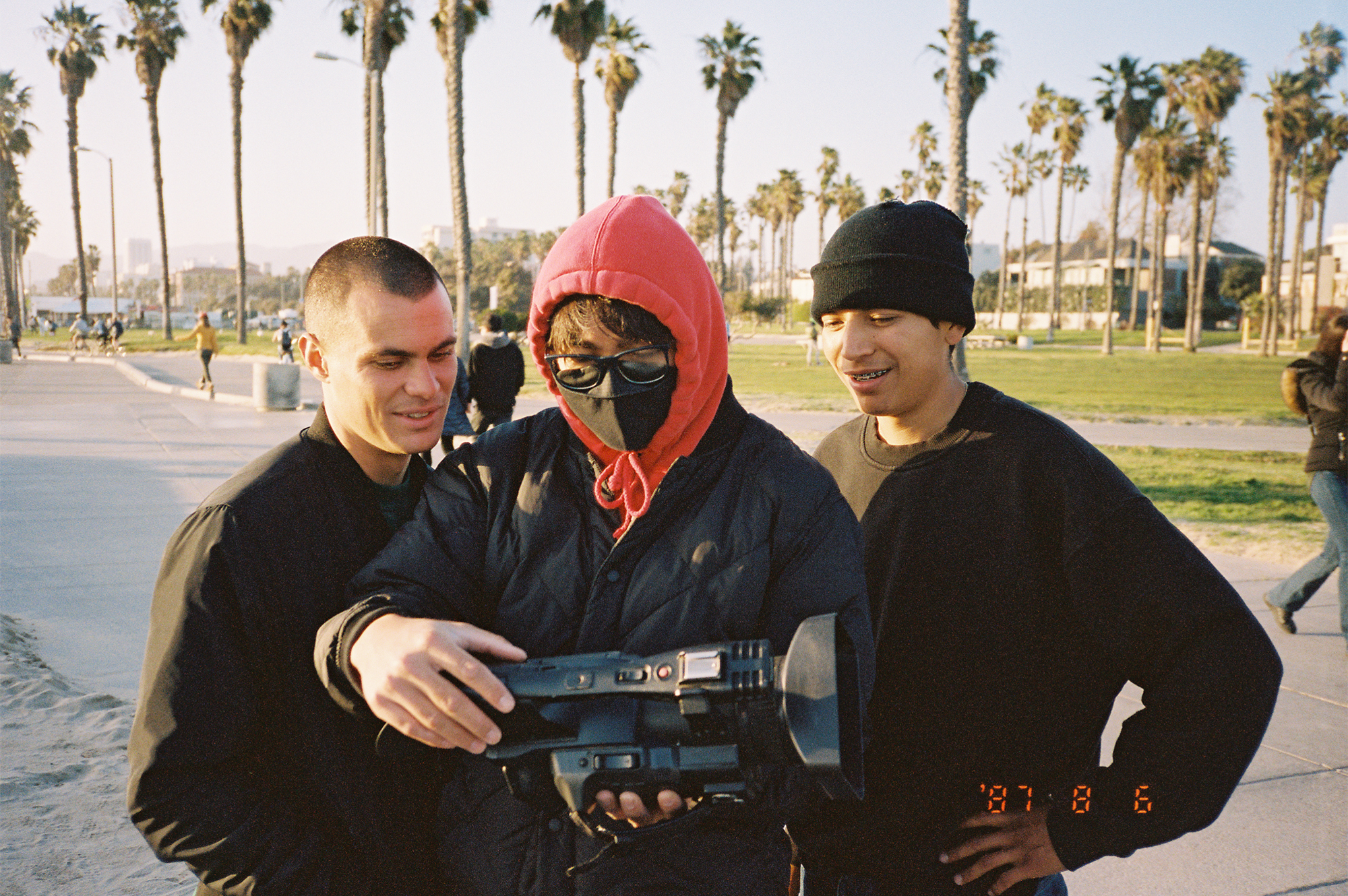 When the 2020 shutdowns hit, the majority of working pro skaters dipped from New York and escaped to California, Florida, or just went back home and bunkered down with their family. New York became more “locals only” again, and Florida turned into a pop-up little industry hub for a couple of months, with visiting skaters clocking in footage, and local shops and filmers hosting low-key premieres.

I was a bit hesitant to join the fray down there, so instead, I put my stuff in storage and went back and forth to LA, while Larry, Alexis and the team held it down in BK. I hope the LA coverage has been ~refreshing~ or at least different for Jenkem. We don’t wanna be Dick Sucking Industry Mag, but we also don’t wanna just repeat ourselves pretending to be more core than you, documenting how many White Claws we can find littered around Tompkins. Ideally, this is a happy medium. 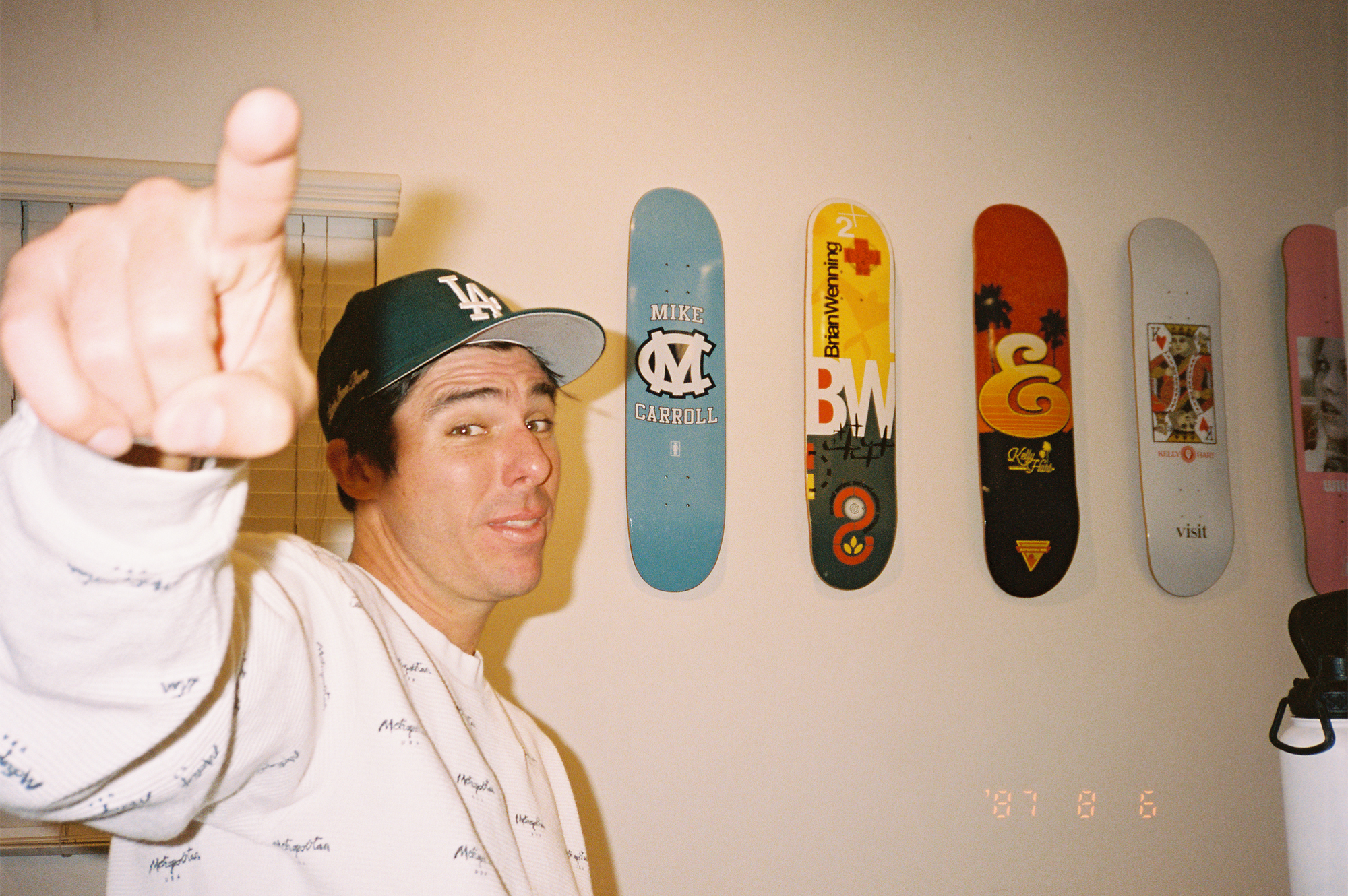 Everyone’s trying to be cool in skateboarding. Some because they were neglected as kids and desperately crave approval as adults. Others because they want to be sponsored by Supreme and FA and “make it big” in the industry. That’s why it’s oddly refreshing hanging out with Kelly Hart; he’s like the older jock-skater brother who is down to just get dumb drunk and have a good laugh without pretension. 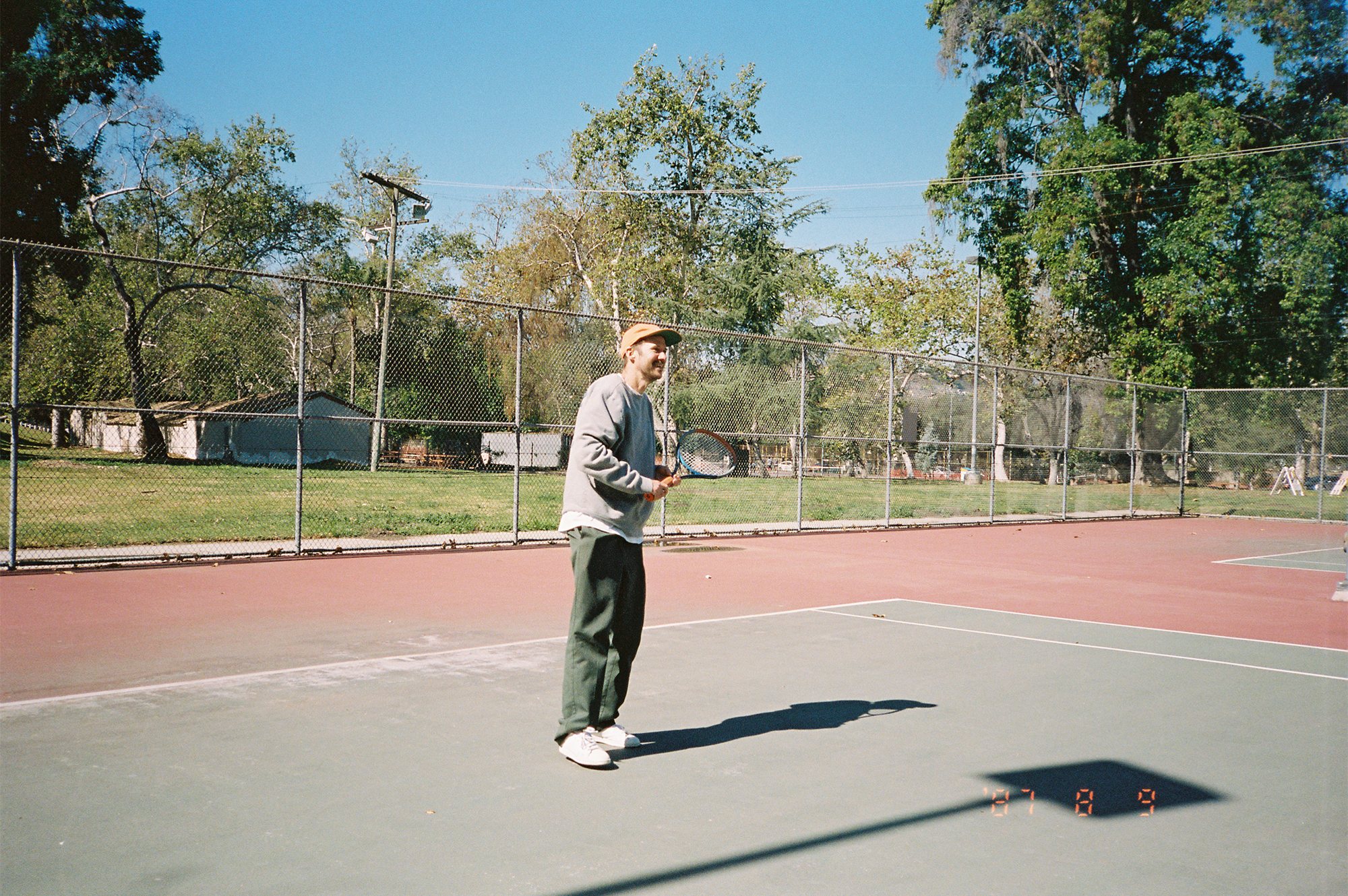 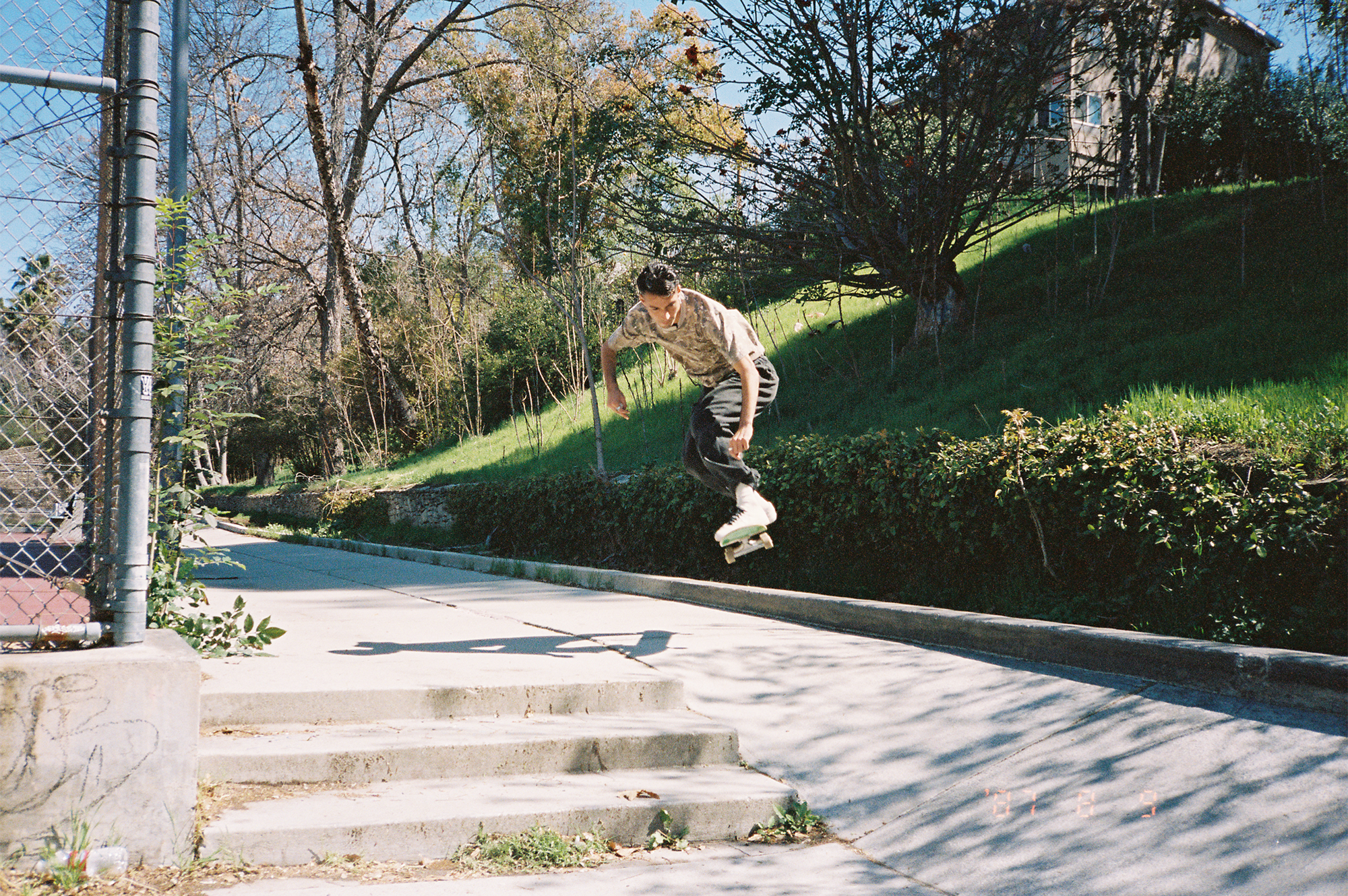 Remy Tav with an impromptu ollie on his way to the main event further down the alley. I got to know Remy better this trip and expected him to be a stuck-up Frenchman, but he was a pleasure to work and hang with: light, upbeat, charming, and didn’t like to talk about himself too much. The only downside was anytime you introduce a group of girls to him and his friends, don’t be surprised when they inch their chairs closer and closer to them as the night goes on. 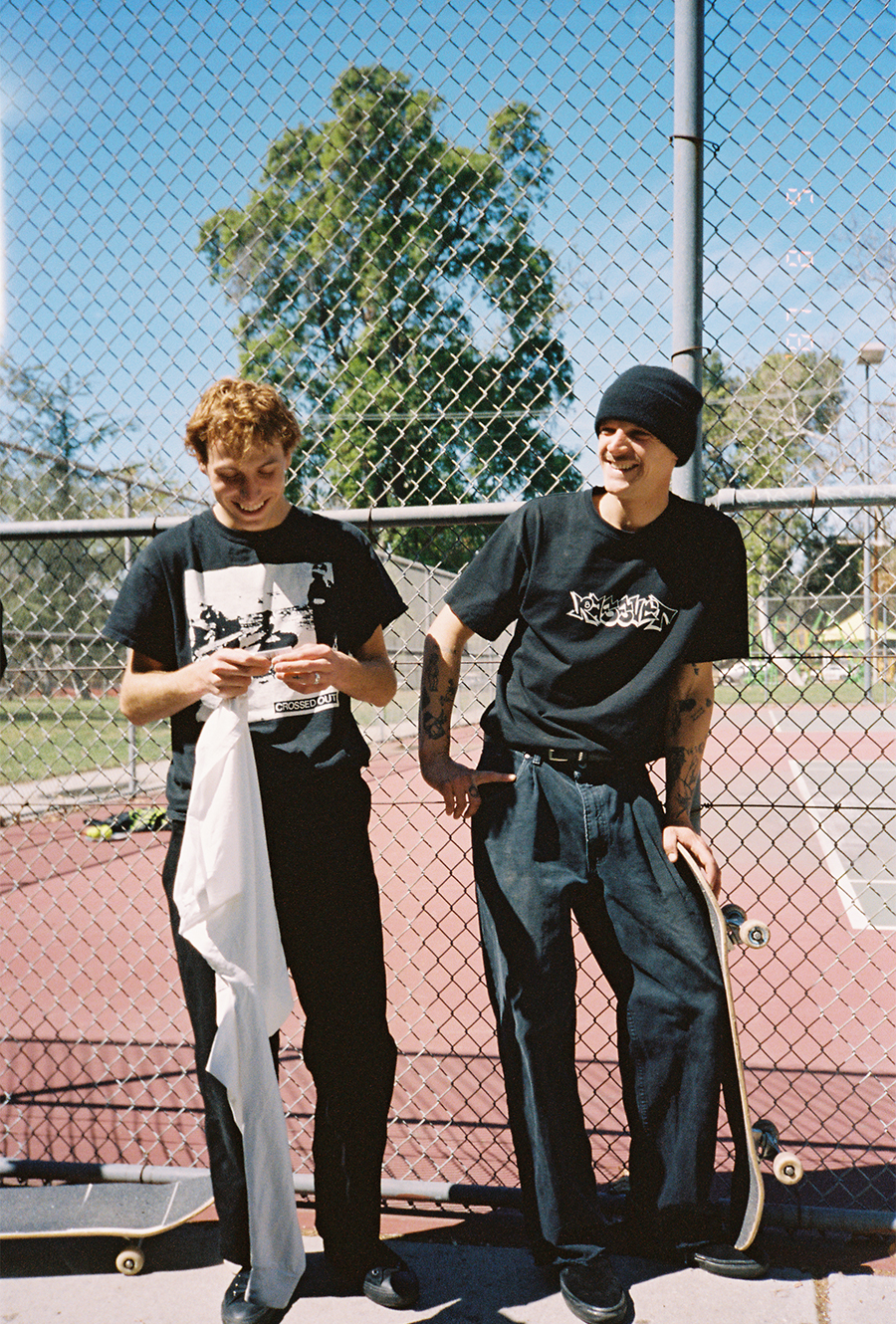 Cambryan Sedlick (left) is still running the LA workwear look in 2021 and we have to commend that level of dedication. He makes up for it by repping for the obscure Russian board brand Rassvet, making him just different enough from every other skater who rents a room in a dingy house in East LA or Long Beach. 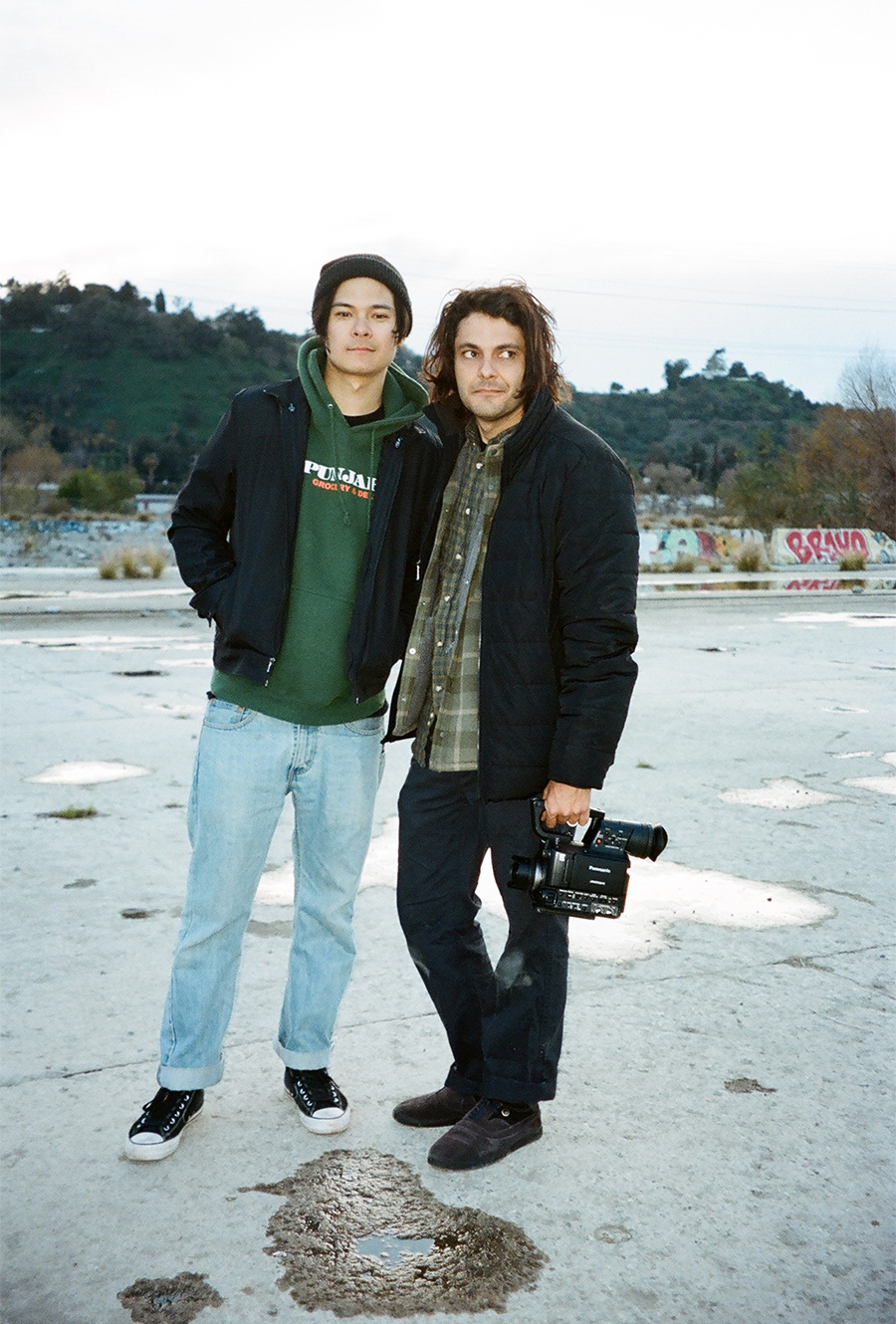 The single best way to make interesting skateboard videos or art is to take inspiration from things outside of skateboarding. Joey Sinko (right) aka the guy who makes the “Odes” for Jenkem and assists Jim Greco is a good example of this. His shit looks and feels different because he tries to pull inspiration from directors like Les Blank and Martin Scorsese, and is not just trying to re-make “cherry” or Mindfield. 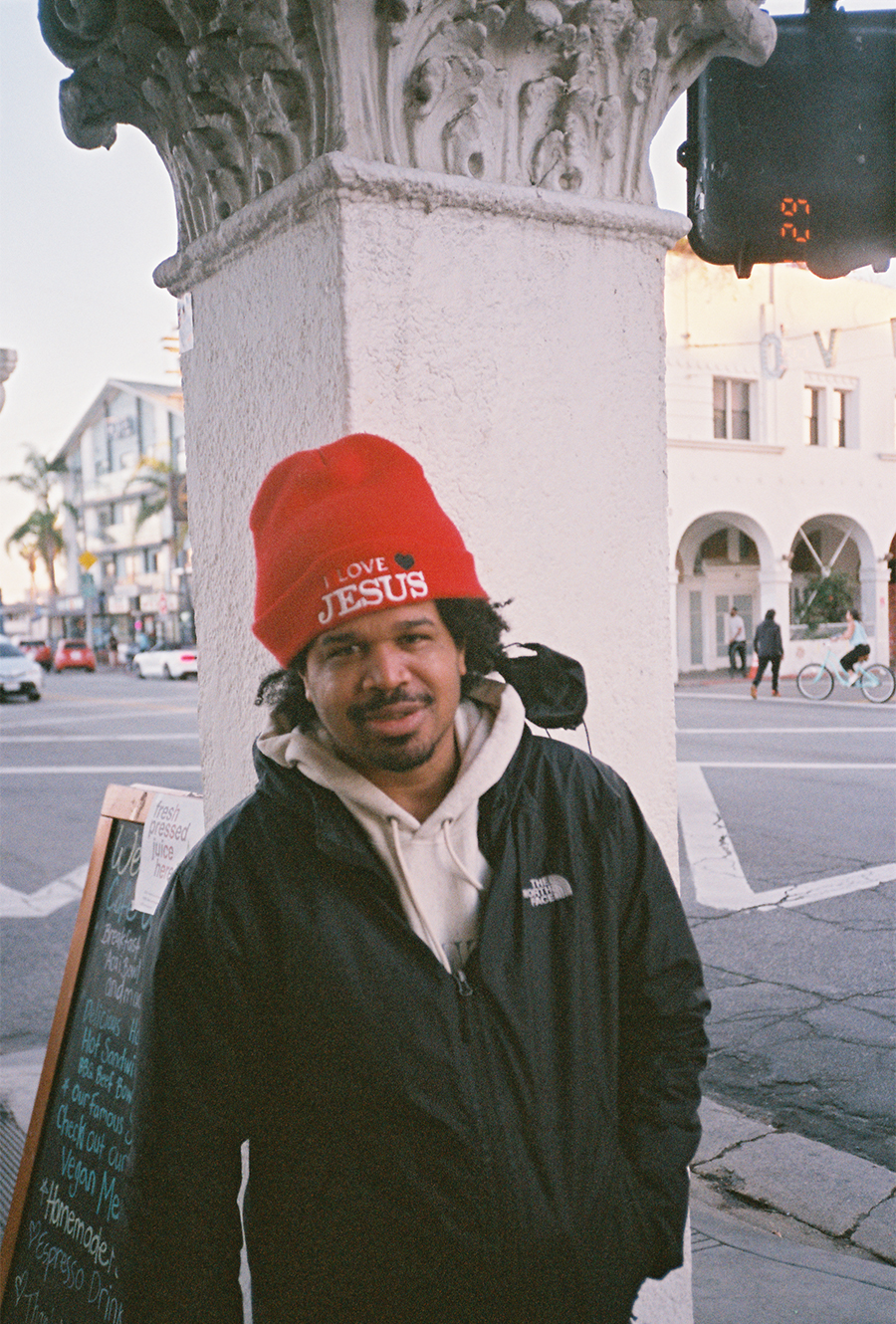 This isn’t a super flattering photo of him (sorry dude) but when I randomly bumped into Ian Reid in the middle of the street in Venice, I thought he was some psychic religious hobo. Turns out all Ians just recognize each other anywhere. Yeah, Ian Reid aka “Sex Hood Videotape” happened to be on the same block as me in Venice at the same time, despite the fact that we both normally live 3,000 miles away in Brooklyn. 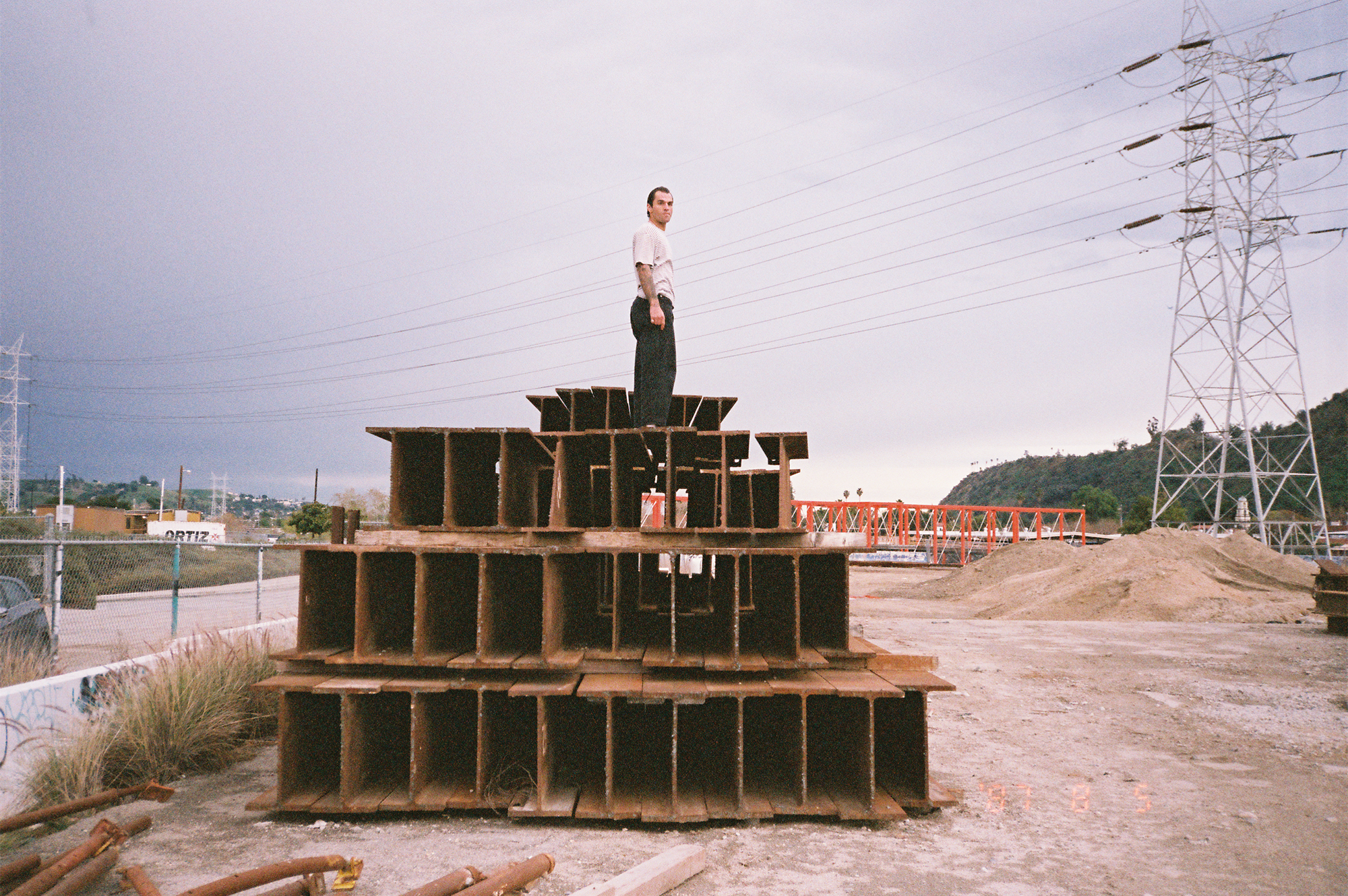 I-beams are incredibly valuable, but the problem is, they are also incredibly heavy and nearly impossible to move. We quickly gave up on the heist (unlike this genius) and decided to go online and scam people on NFTs instead. 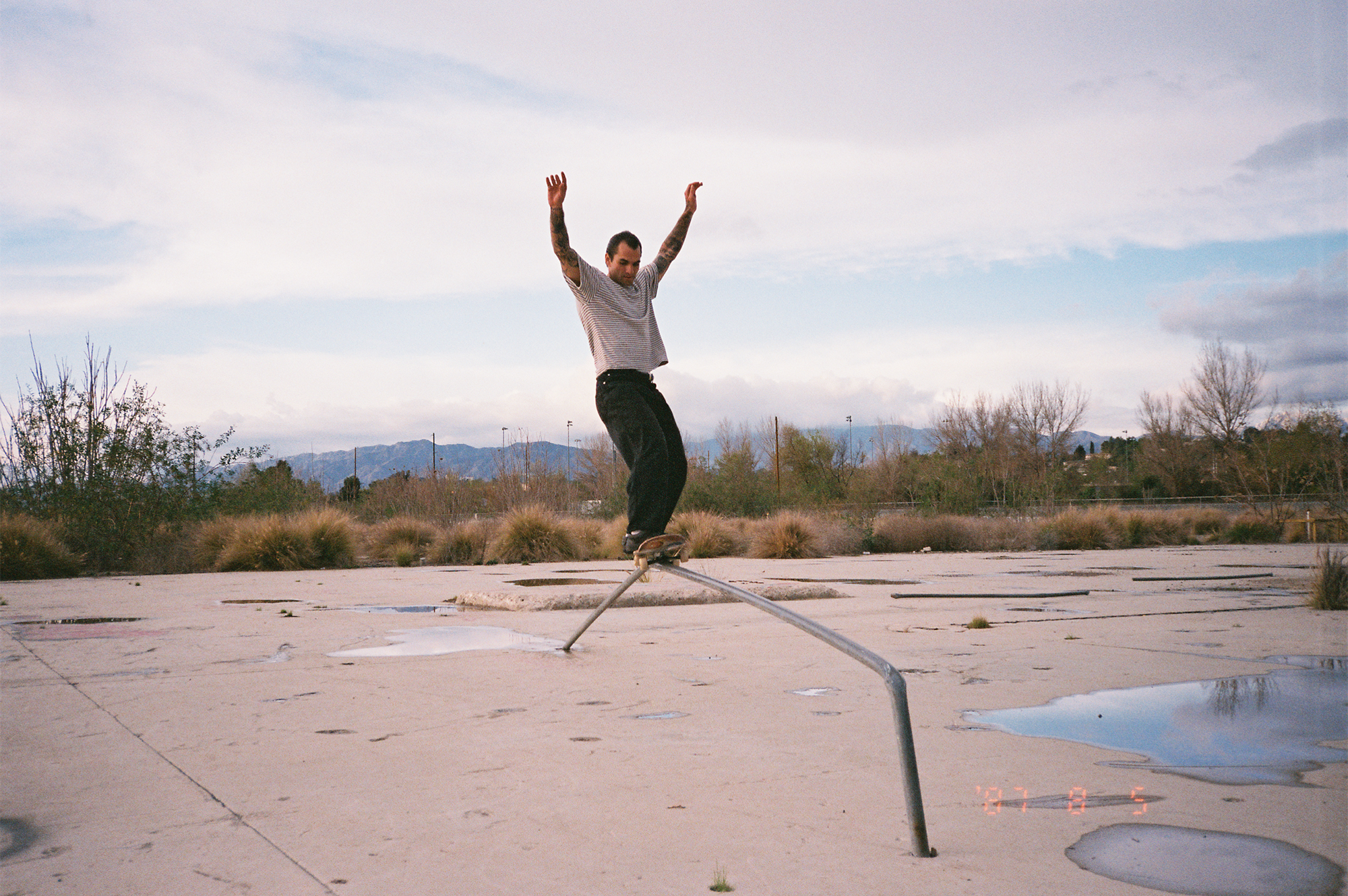 Skateboarding in LA is so competitive and blown out that you gotta skate twisted pipes jabbed into the ground at a DIY to stand out these days. This looks like something you might have fucked with in 8th grade, but don’t let it fool you. If Jud Farhat‘s weight wasn’t perfectly centered, the rail would have flicked back and forth like the ropes of a WWE wrestling ring. 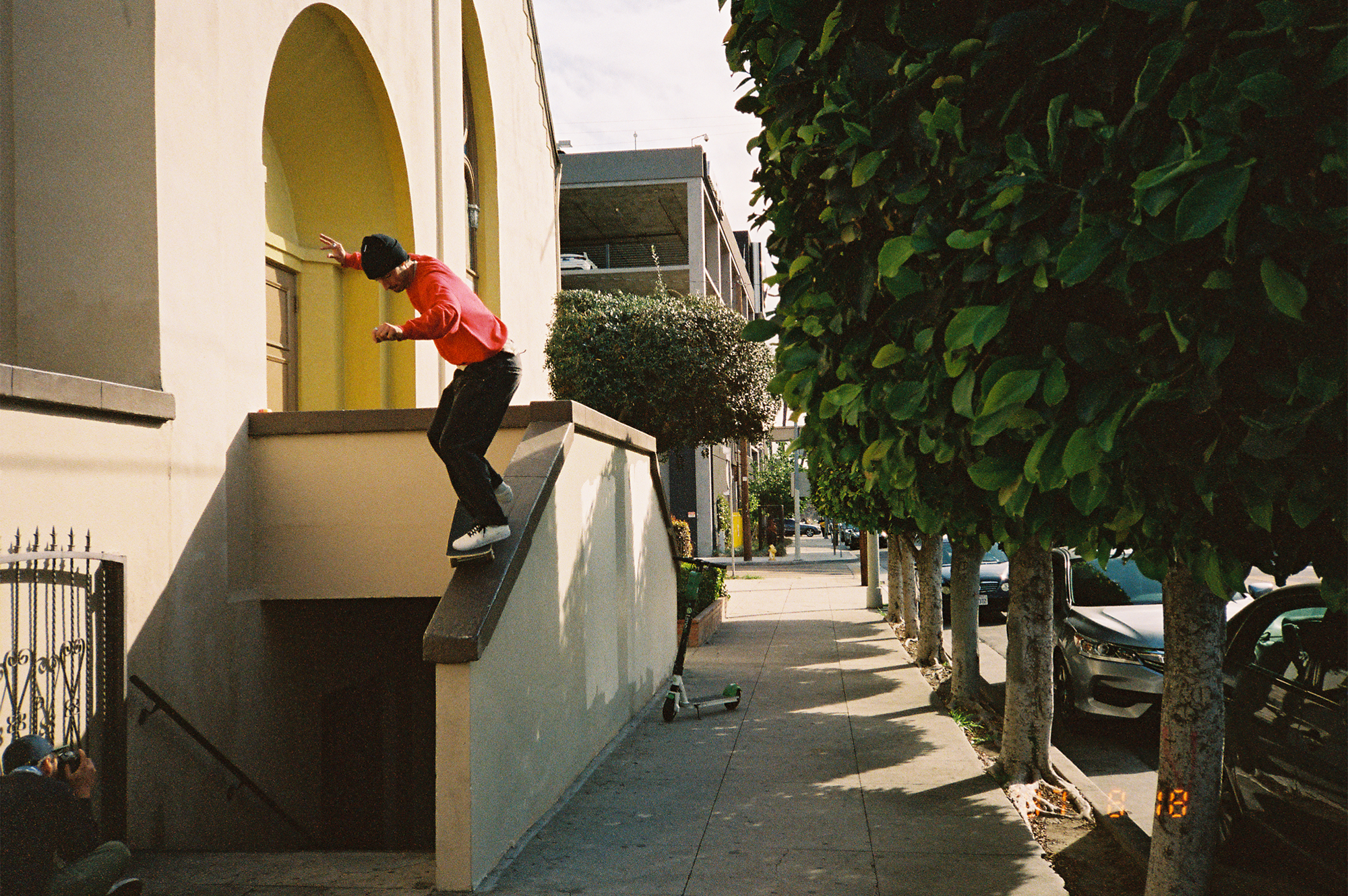 I love how the Euros say hubba. In American English we pronounce it “Hub-Uh” but if you want to start saying it Euro style you gotta say “HOO-BAH” – really emphasize that U! It’s so much softer and cuter I might just start saying it like that to piss the uber core Hellride4Life!!! skaters off. 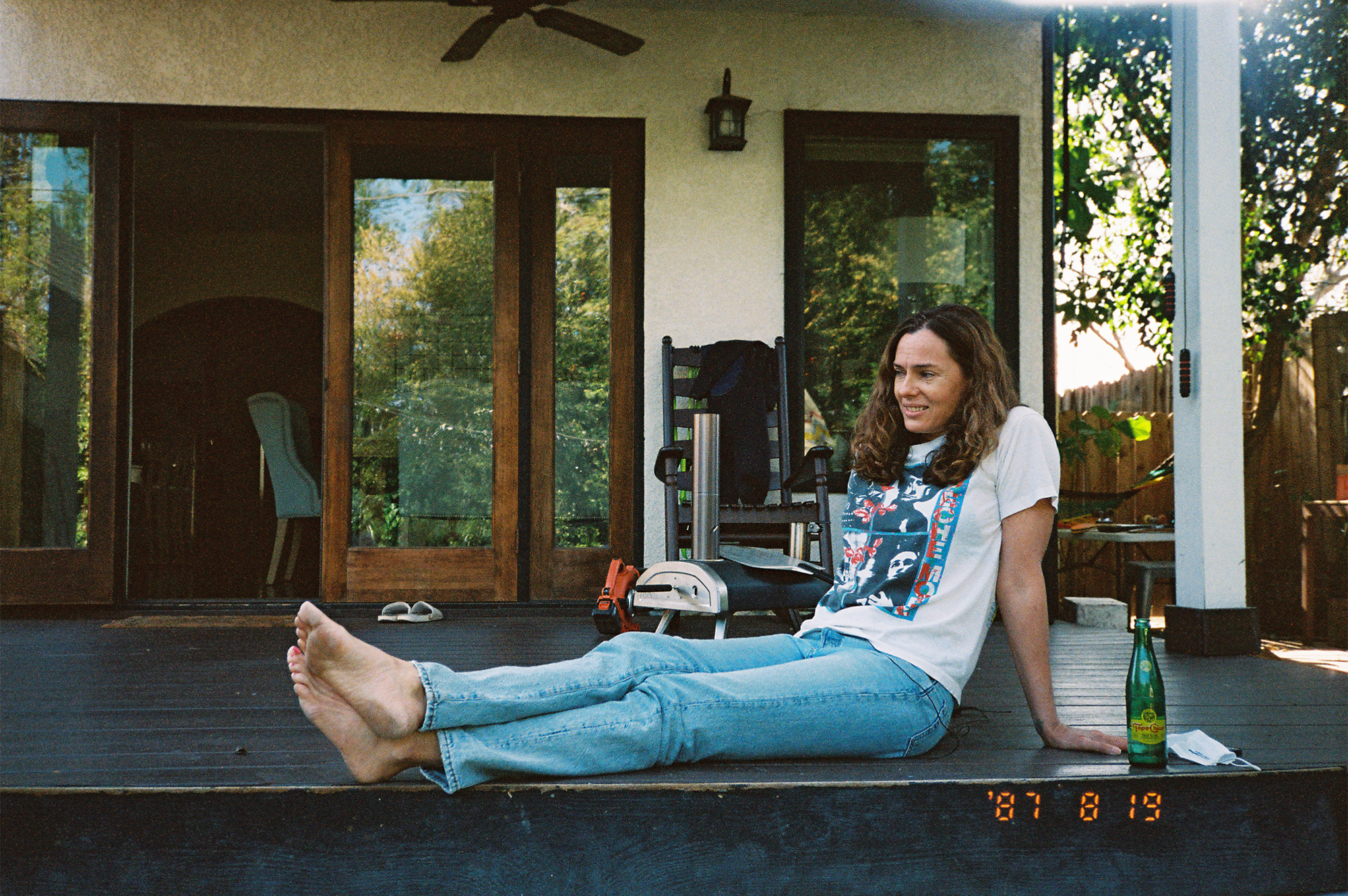 Find five things in this photo and win a prize! A pizza oven, a jump rope, the best seltzer water out, a skateboard, and a person who has helped nurture and grow the Brooklyn skate scene since 2001. Please circle your answers and send them to [email protected] Number 2 pencil only.

Everyone knows the hardest part of taking a photo is figuring out what to do with your hands. Do you make the peace sign like an AZN nerd? Cross your arms like a mafia boss? The innovator that he is, Erik Ellington is at the forefront of the newest pose: the power tool trick. Don’t be surprised when your favorite skaters are all whipping out drills, saws, and screwdrivers in their next ads. You heard it here first, folks!

To round out the trip, we went to some hot springs north of Bakersfield, California. They’re these naturally occurring sulfurous hot pools of water where you can fart all you want because they naturally smell like farts anyway. We sat in those things for about five hours until it felt like our skin was melting off, and then Cambryan (shown here) helped us out and drove us two hours back to East LA. Thank you Baker Baker Bakersfield!