BEHIND THE SCENES FROM OUR TRIP OUT WEST 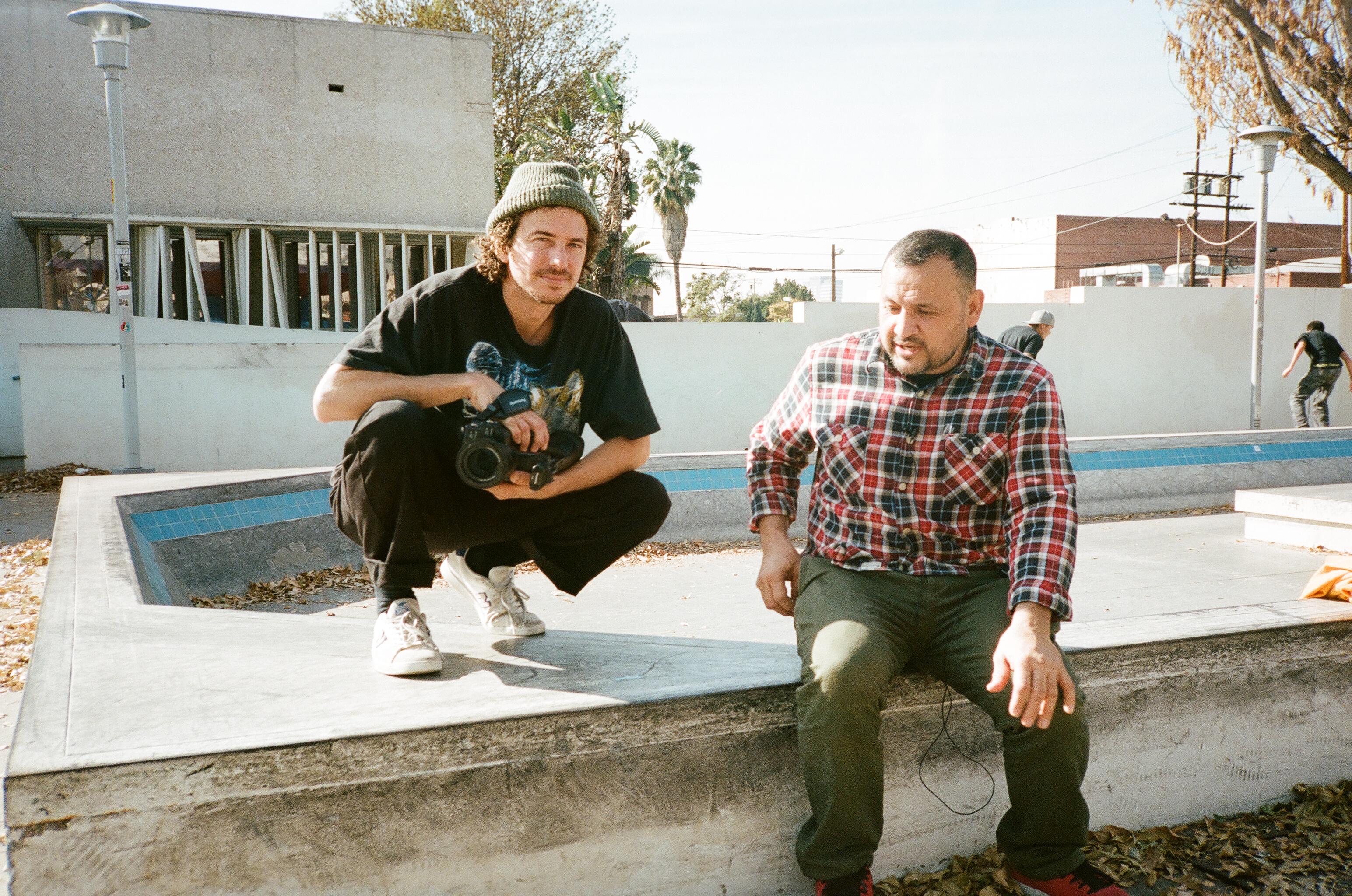 In a last-ditch effort to get as far away as possible from the hassle of celebrating New Year’s Eve in New York, we booked a flight to LA to see how they ring in 2020 over there. But to make the trip not a total waste of money, we lined up some interviews and tried to come back with as much new content as possible.

When the weather is perfect, it’s easy for skaters to constantly reschedule and “do it next time.” But since we were only there for a couple of days, it put some fire under people’s asses. Turns out the most efficient method to gather content is coming to LA for a week and texting people: “I’m here for 72 hours. We gotta meet up now or never.”

While we piece all these projects together, we wanted to give you a little taste of what’s to come. We’re not sure if they make movie trailers for online content, but if they don’t, this is probably as close as it gets. 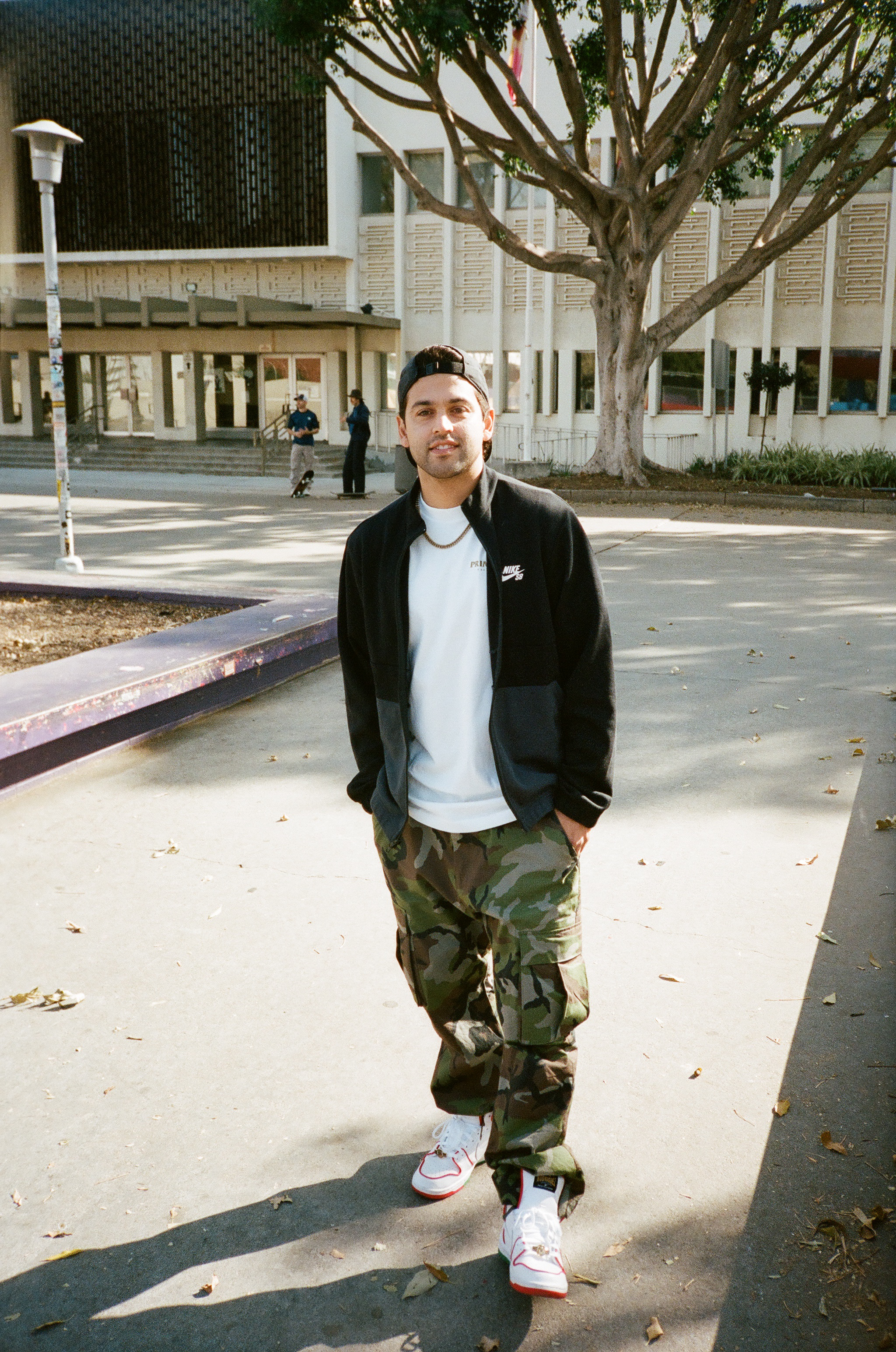 The first thing we started shooting was a new “Evolution Of…” episode for the Santa Monica Courthouse, and for this spot it wouldn’t be right not to include Mr. Rod. 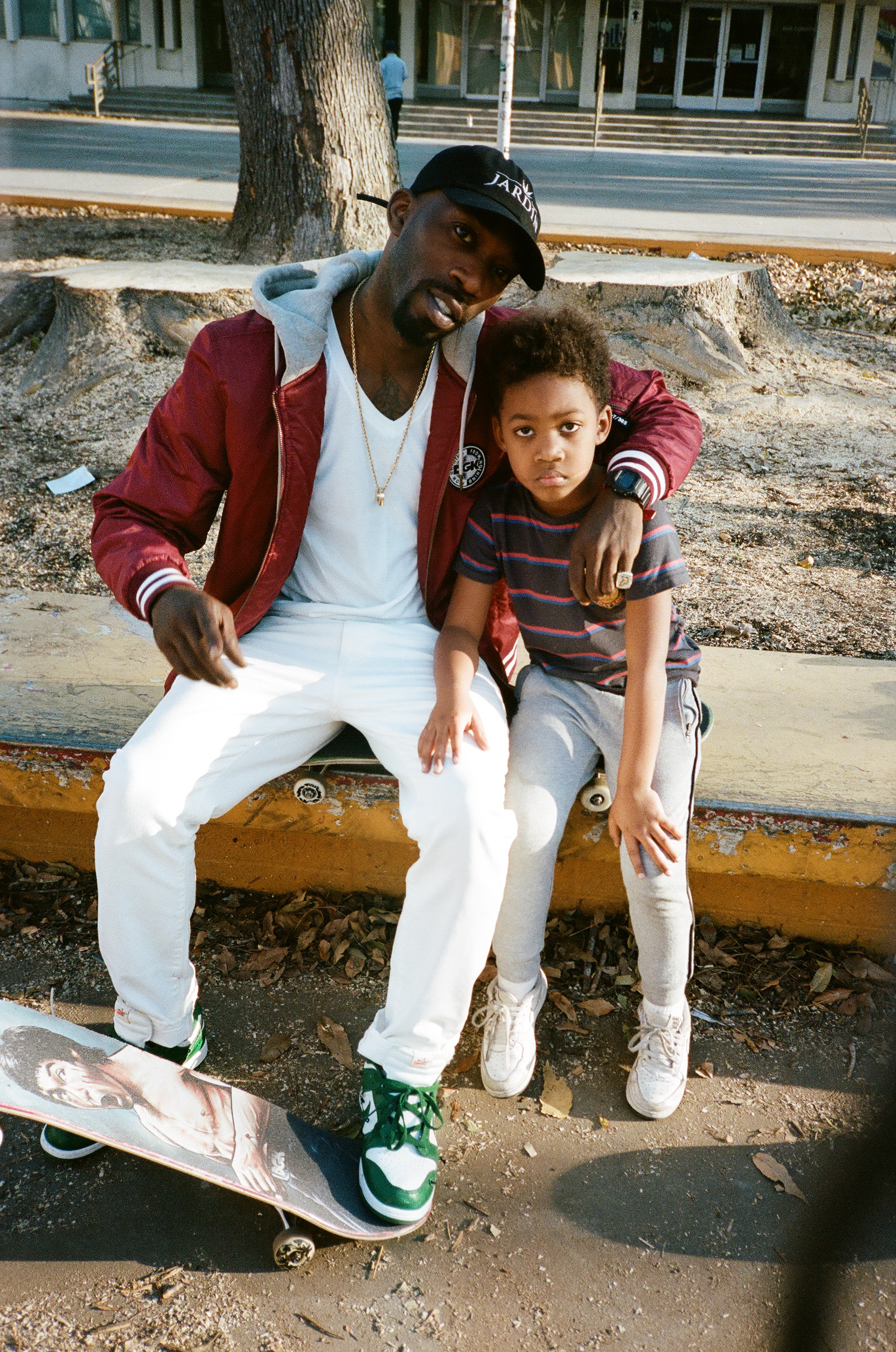 Stevie Williams rolled through, where he was teaching his five year-old son how to kickflip. Seems odd that he didn’t go straight to teaching him tall-ass front noses, but maybe that was already covered in the womb. 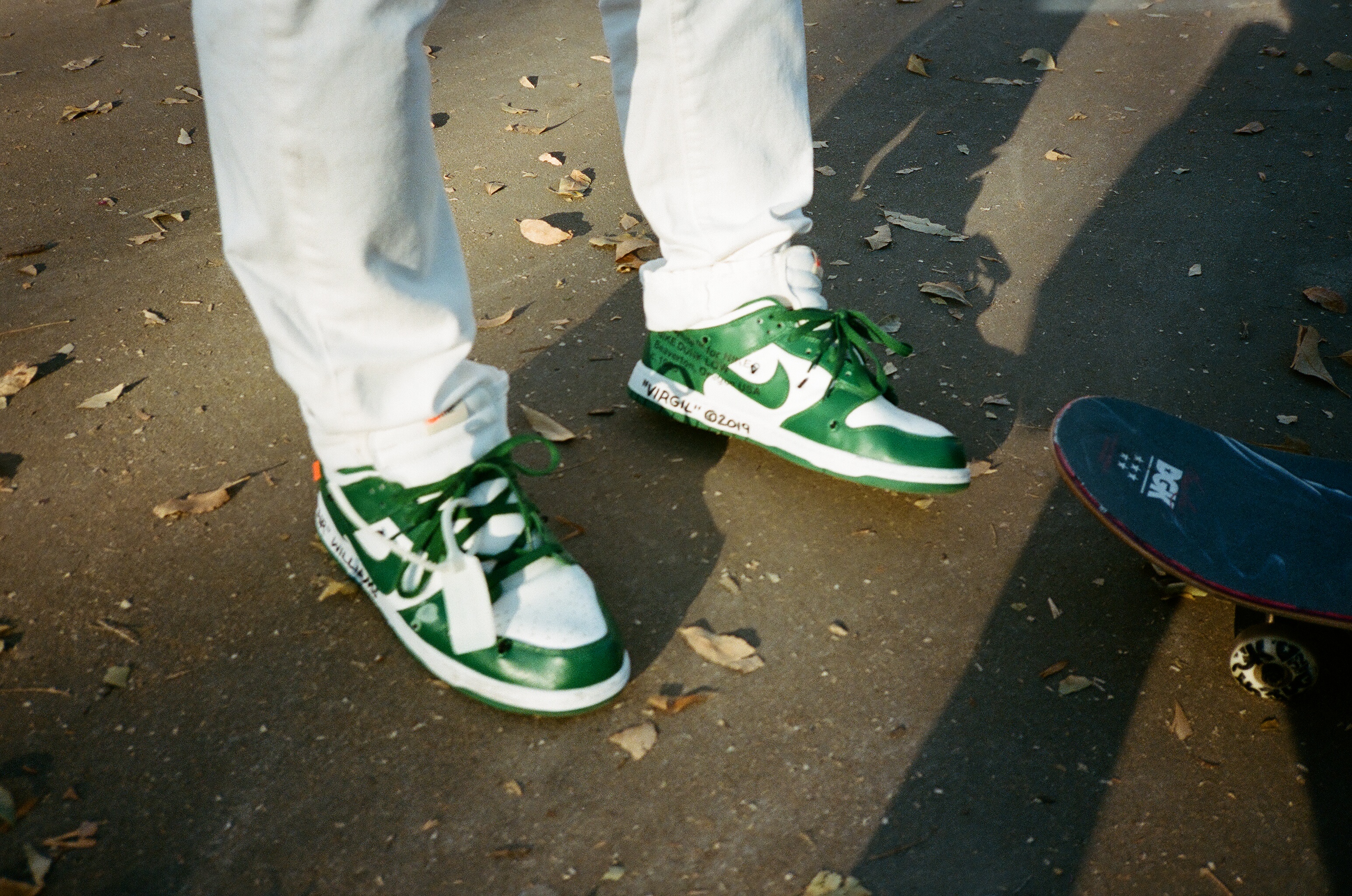 He was skating these (custom?) shoes from Virgil Abloh which I didn’t realize at the time, until I checked his Instagram and saw Hypebeast dorks going insane. Classic. 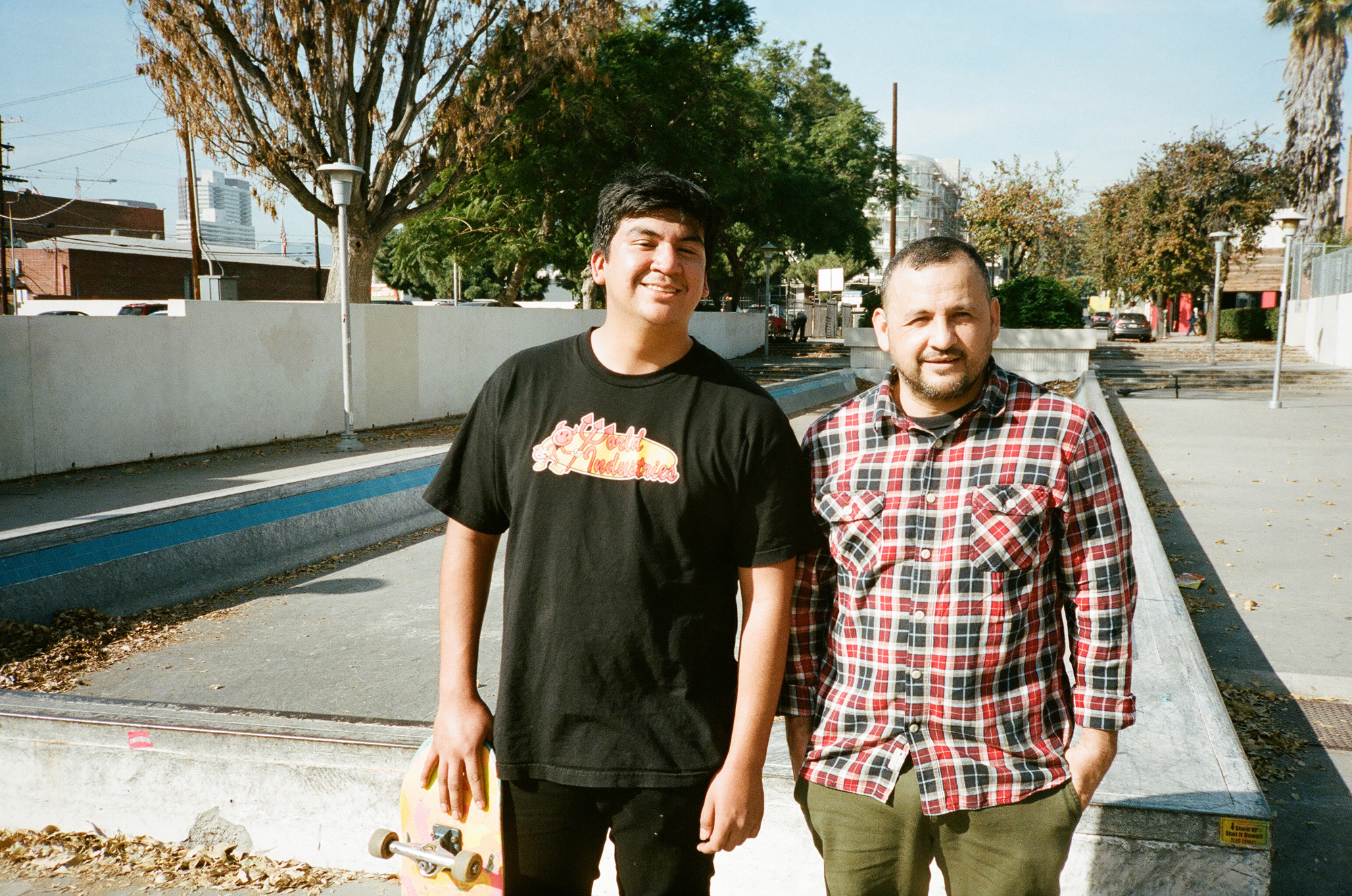 Socrates Leal filmed a lot of legendary skaters at the Courthouse and all around LA in the ’90s. We couldn’t tell if his son was wearing that World Industries shirt to poke fun at his dad for being old or because he’s actually a fan. 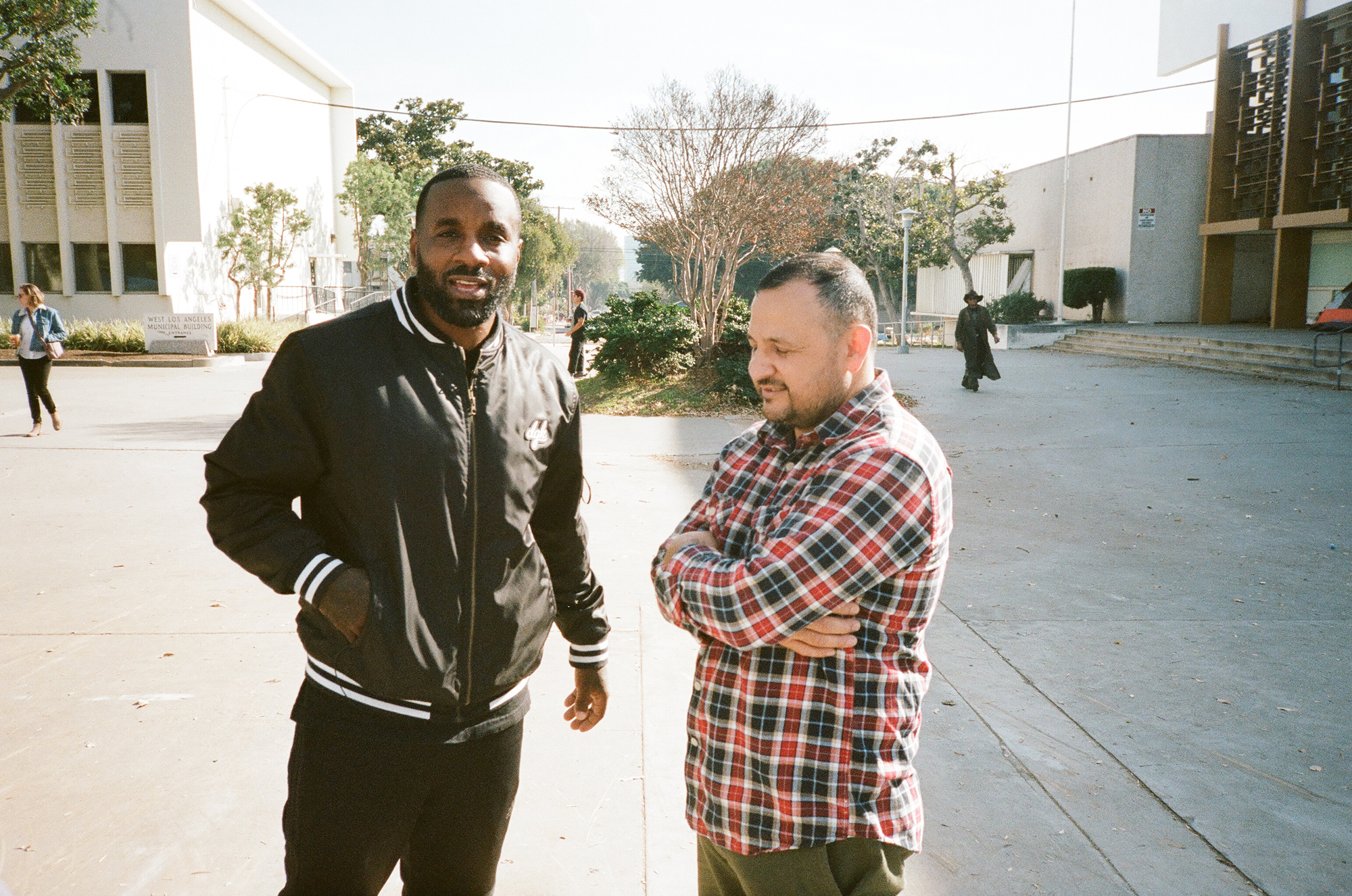 When Stevie showed up, his friend and co-worker at DGK, Don Cooley, came with and immediately recognized Socrates from the last time they skated and filmed there in 1994. Here they are reminiscing since they last saw each other.

Can’t believe some kids are born with a bulletproof name like Don Cooley while the rest of us have to go through life being called fuckin’ Ian. Oh well. 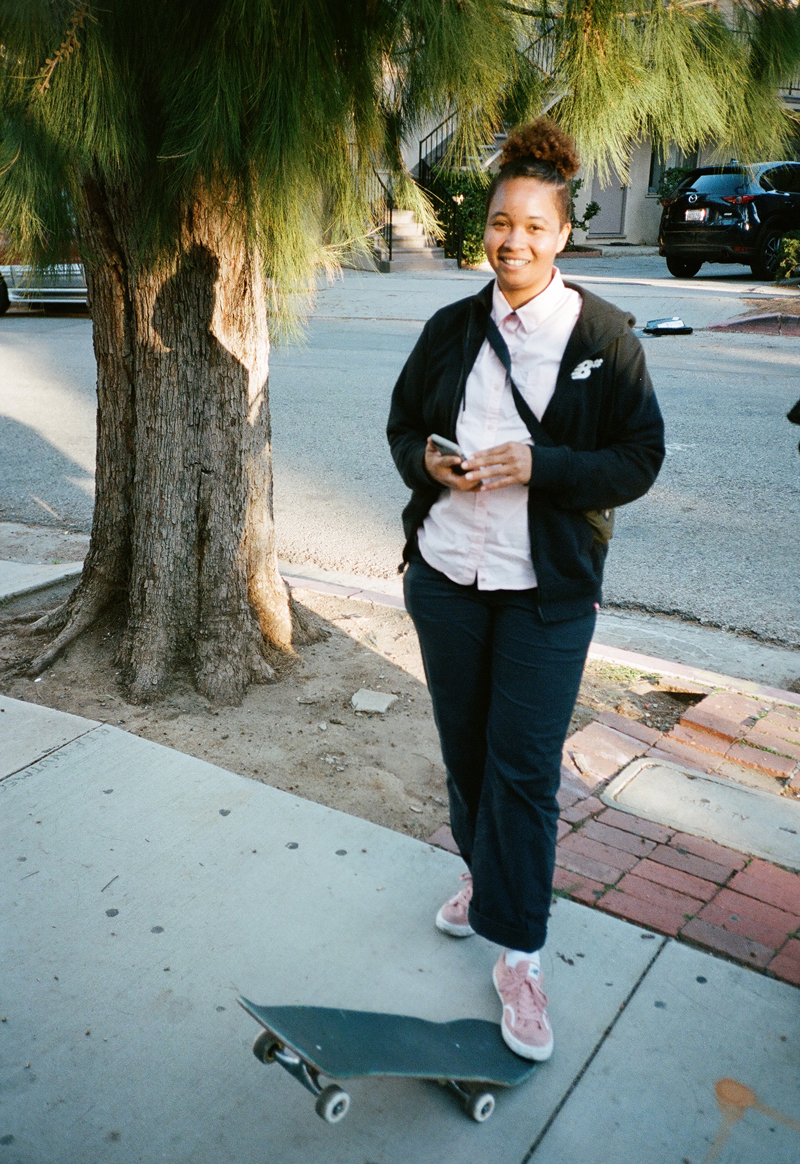 We also met up with Samarria Brevard while we were there to try to squeeze in a Hanging Out With. We only had a few hours of daylight, so we’ll see if that makes it into a full episode. Although the Olympics are still months away, Samarria already had to take a break from smoking weed so she wouldn’t risk not qualifying. Apparently people are expected to watch curling stone sober. Who knew. 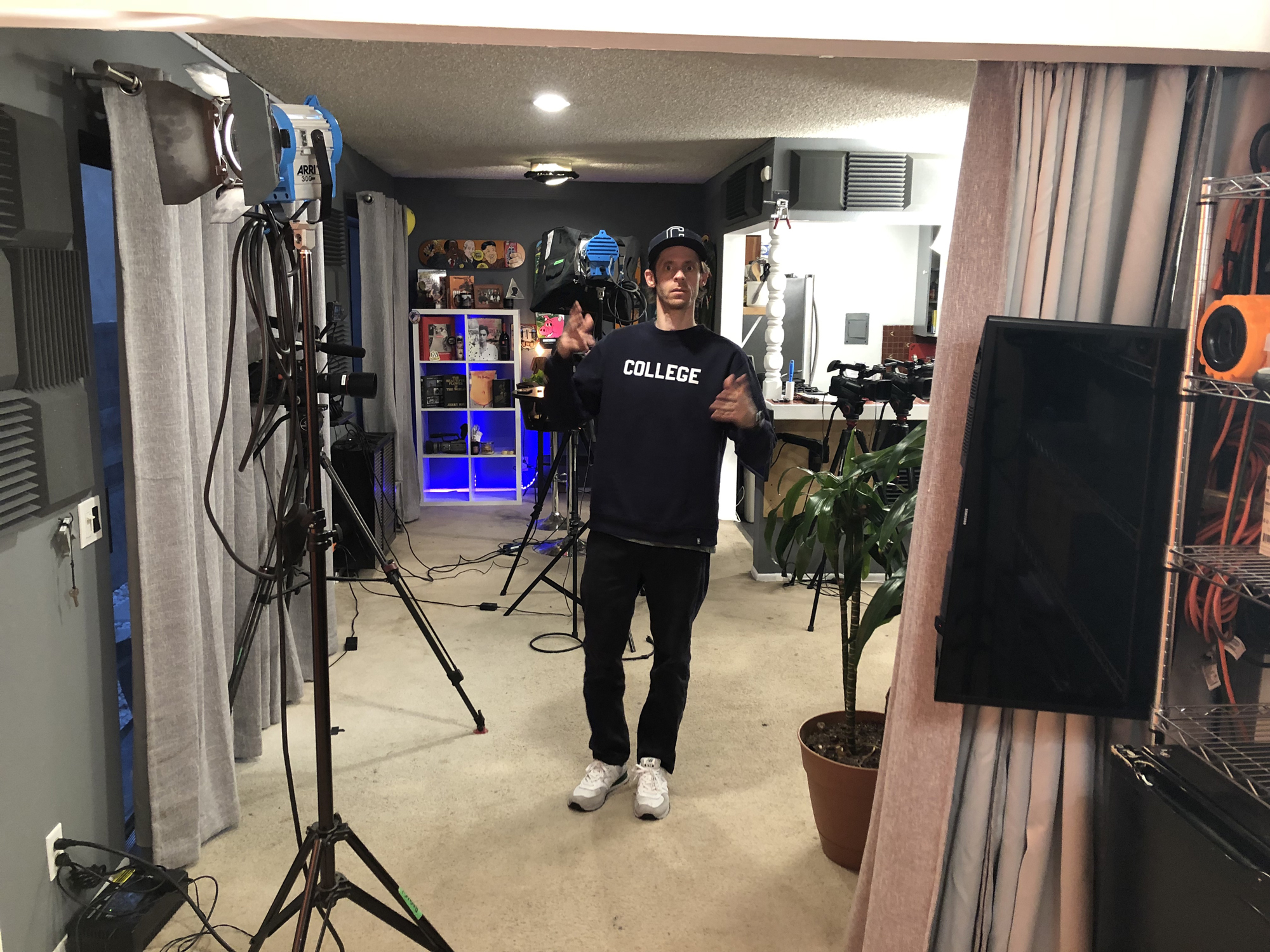 Halfway through the trip my film camera broke so I had to switch to shooting stuff on my iPhone. I hung out with Chris and the Nine Club heads for a bit. By the way, the face Chris is making in this photo, where he looks like we just walked in on him naked, is the face he makes all the time. 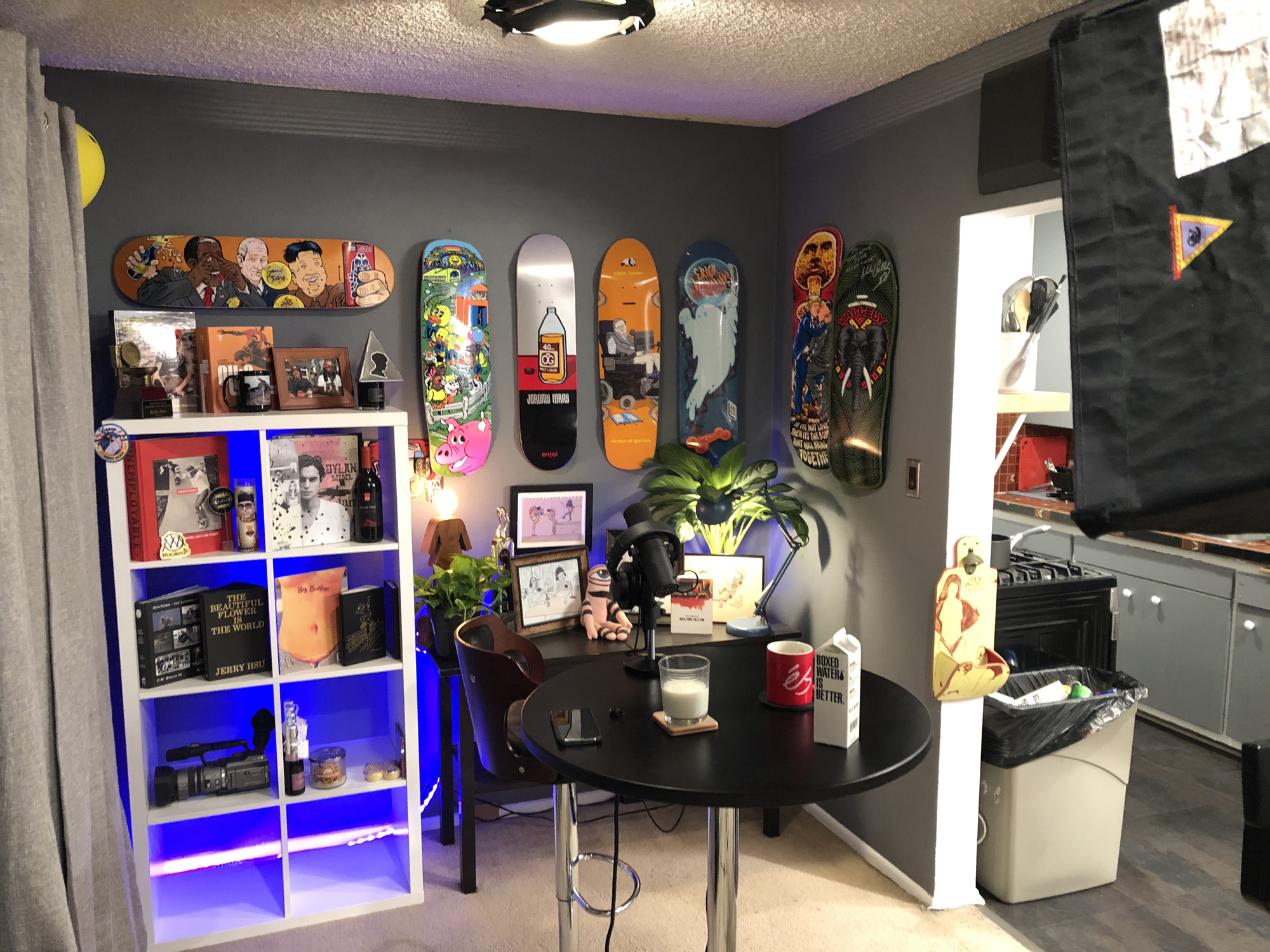 If you ever wanted to see the strange little corner they stick Kelly Hart in to film the show, this is it. Imagine spending hours every week drinking 2% milk on camera. That’s going down in the White People Hall of Fame. 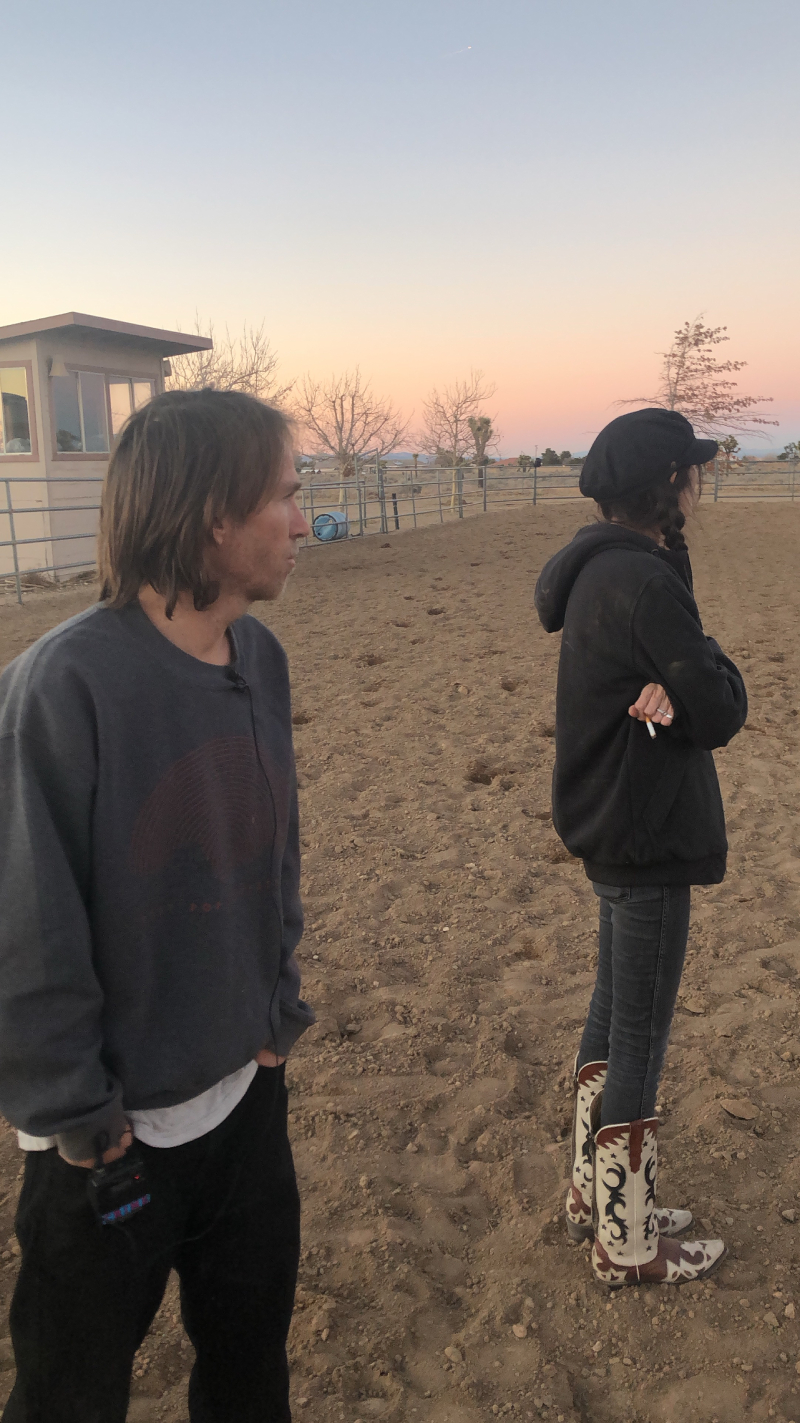 On our last day there we drove up to Bryan Herman‘s house in Hesperia, which basically feels like the Upstate NY of California. You know, desolate and gas station vibes. Didn’t get to shoot any assault rifles but we hung out with his horses and touched some of his vintage cars. As Herm Dogg said, “You can take the billy out of the hill, but you can’t take the hill out of the billy.” 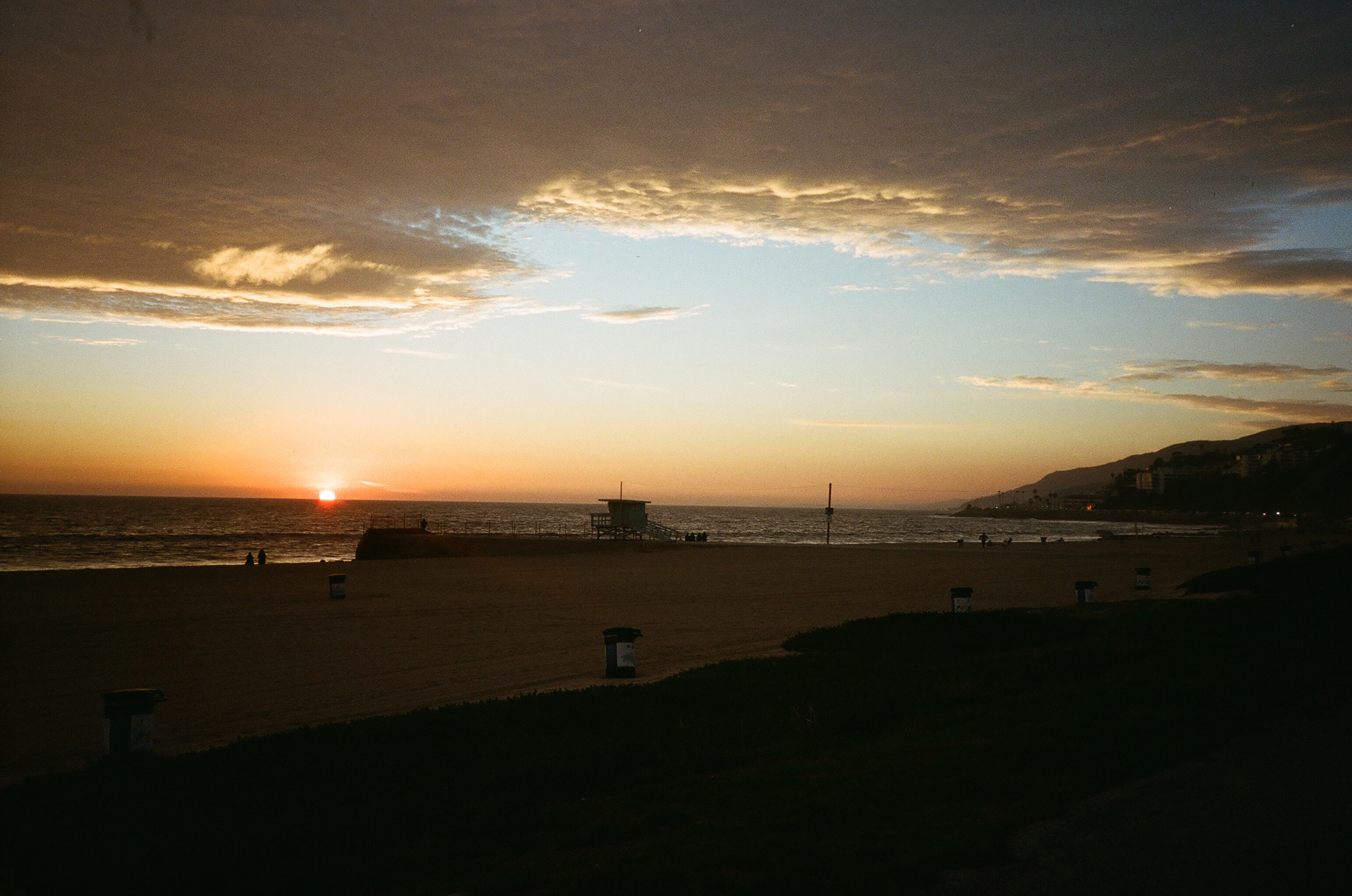 G’night wherever you are.