THE DAY HOSOI OLLIED THE BROOKLYN BANKS IN PHOTOS 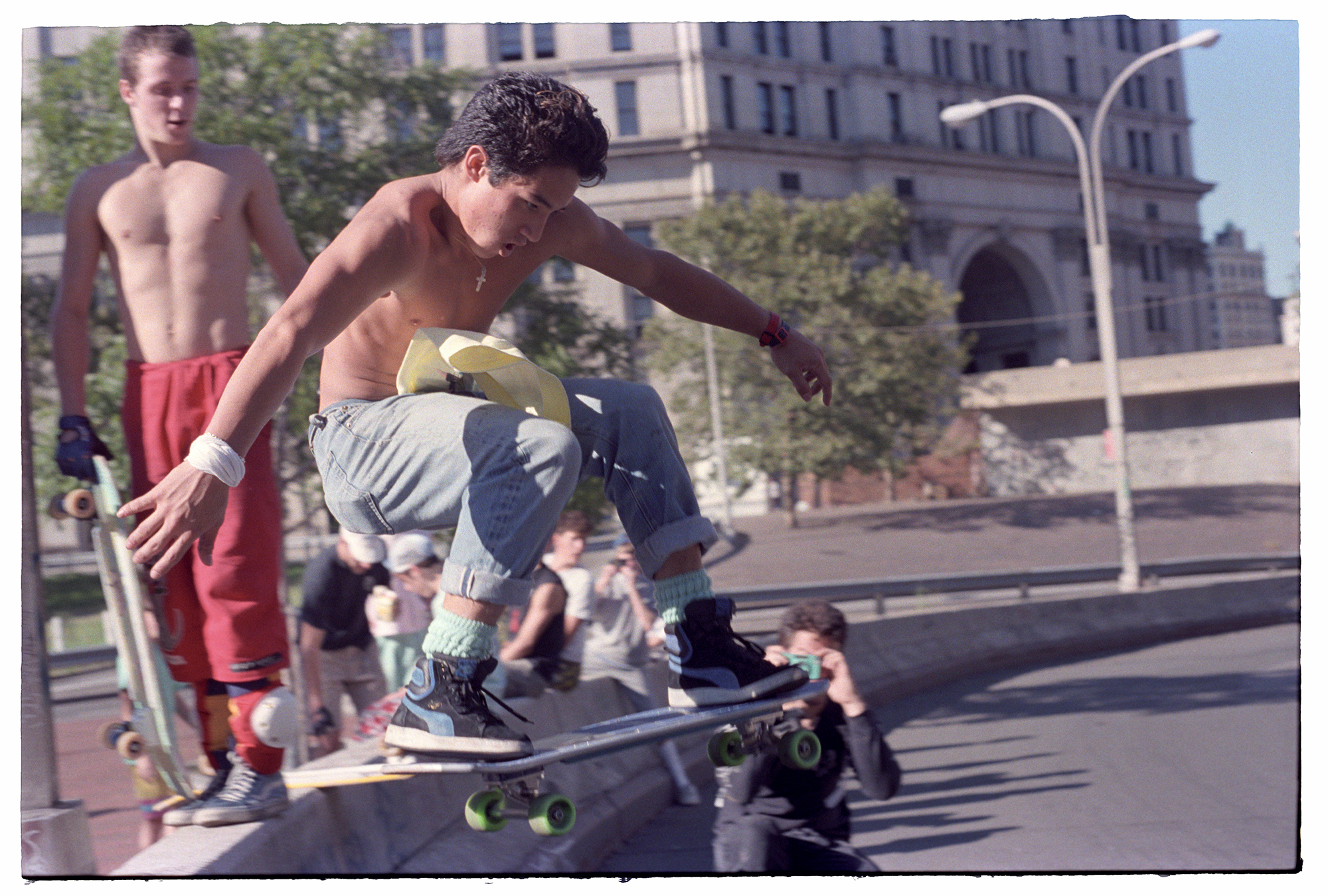 Previously on Jenkem, my childhood friend and legendary OG NYC skater chick, Stana Weisburd, graciously allowed me to scan in her collection of amateur skate photos of NYC in the 1980s. In these negatives were rare forgotten photos of an 18-year-old Christian Hosoi skating our beloved Brooklyn Bridge Banks.

Hosoi ollied the banks wall that day in front of a small crowd of amazed skaters and on-lookers. Myself included.

No pictures of this event have ever been found.

Stana, however, hyped off all the excitement that her newly-discovered pictures evoked, went digging through her closet, and found a single roll of lost film negatives. Again, I whisked them away to get scanned in to see if any treasure was to be found. 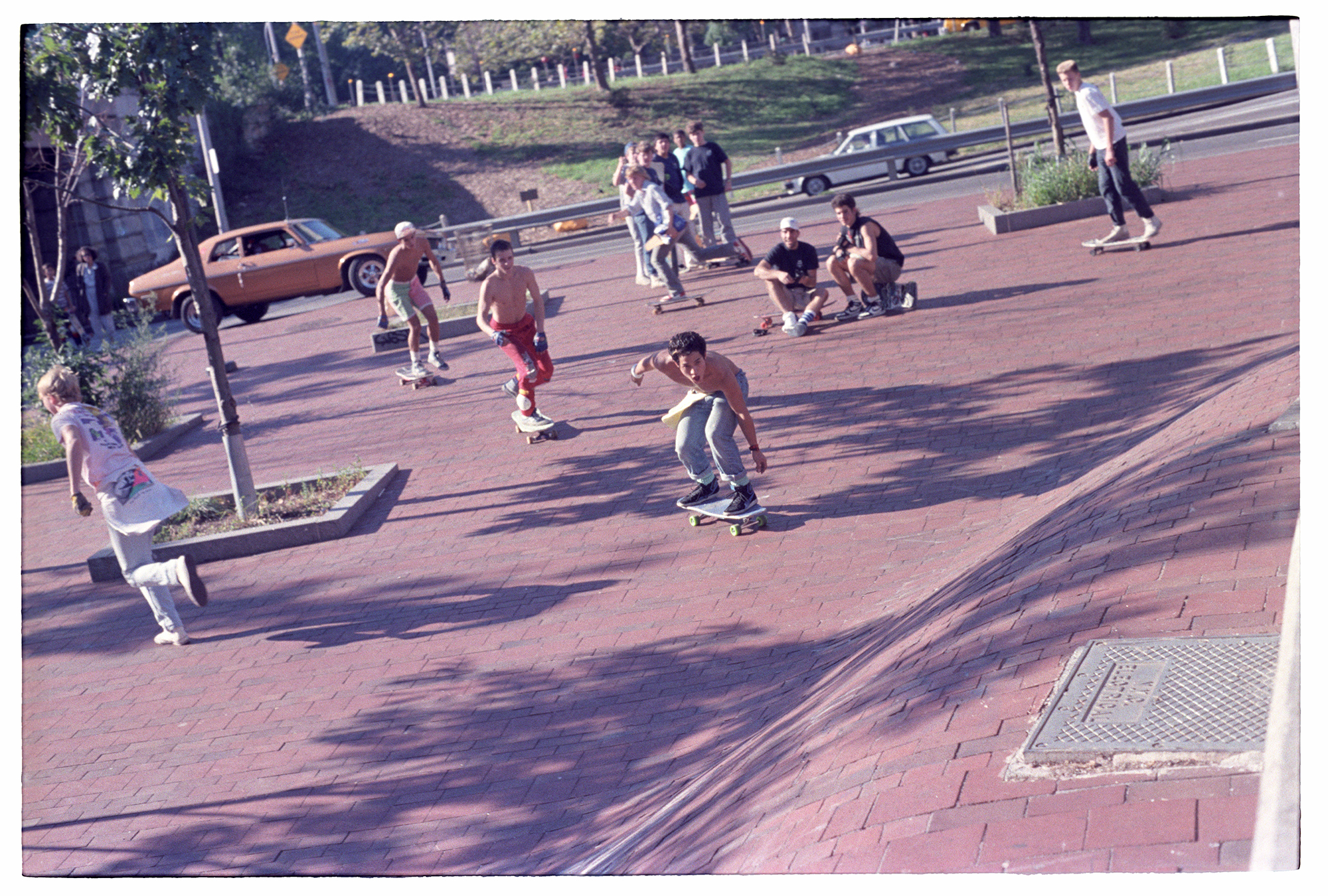 And then, weeks later, just like that, in my hands, there they are—actual photos of an actual Christian Hosoi actually ollieing over the Brooklyn Banks wall for the very first time ever—an “only person on the planet Earth” caliber accomplishment. And then there, in the photo, watching in the background is a 15-year-old me, standing on the pole, holding a lemonade. 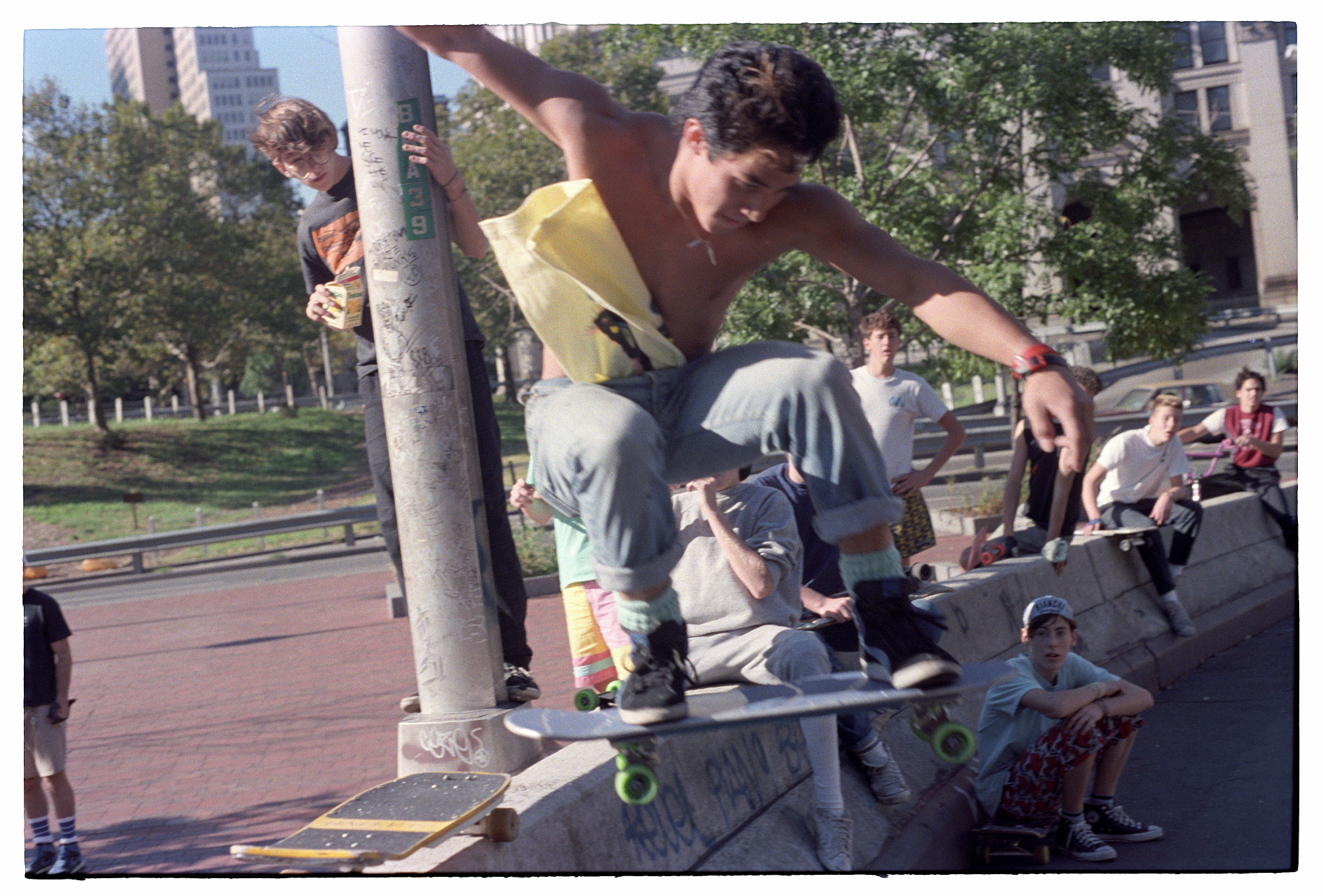 That day? All the local NYC kids were having one of the best sessions of our lives. We were actually skating with Christian Hosoi. At our home spot. The Banks. But once Hosoi decided that he was going to try to ollie over the Banks Wall, over the high side, something that no one had even come close to attempting before, everyone stopped skating. We all sat down and watched. Everyone.

And soon enough. In the Fall of 1986. Hosoi straight ollied over the Banks Wall. For the first time. Ever.

That is the claim. For all eternity. 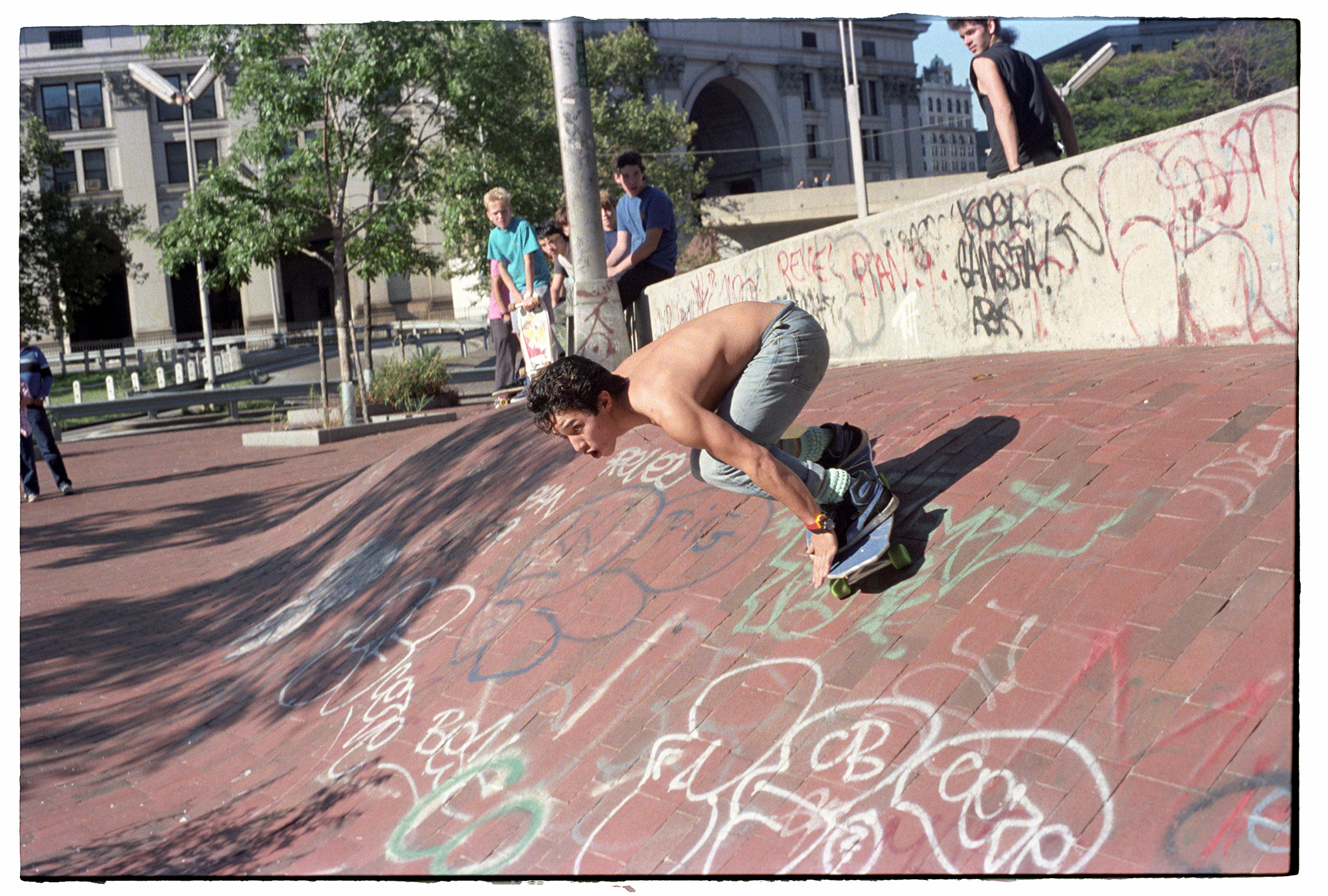 However, looking at these photos, over 35 years later, I realize something more important. I realize that no one there fully understood what we were watching. Maybe on some unspeakable cosmic unconsciousness level, we felt the enormity of this event but there was no way to grasp it at the time. We were all watching something much bigger than just a skateboard trick. We were watching something that would change the world forever, and that is why we all sat down.

Allen Gelfand invented the ollie in 1977. Then Rodney Mullen figured out how to do it on flat in 1983. Over the next four years, the ollie spread like a virus, infecting every experimental street skater alive. These were pioneer test pilots figuring out how to incorporate this seemingly magical little trick into their early ’80s street skating arsenal: bonelesses, powerslides, inverts, wallrides, and yank airs.

The ollie was just another trick to slip into a contest run. 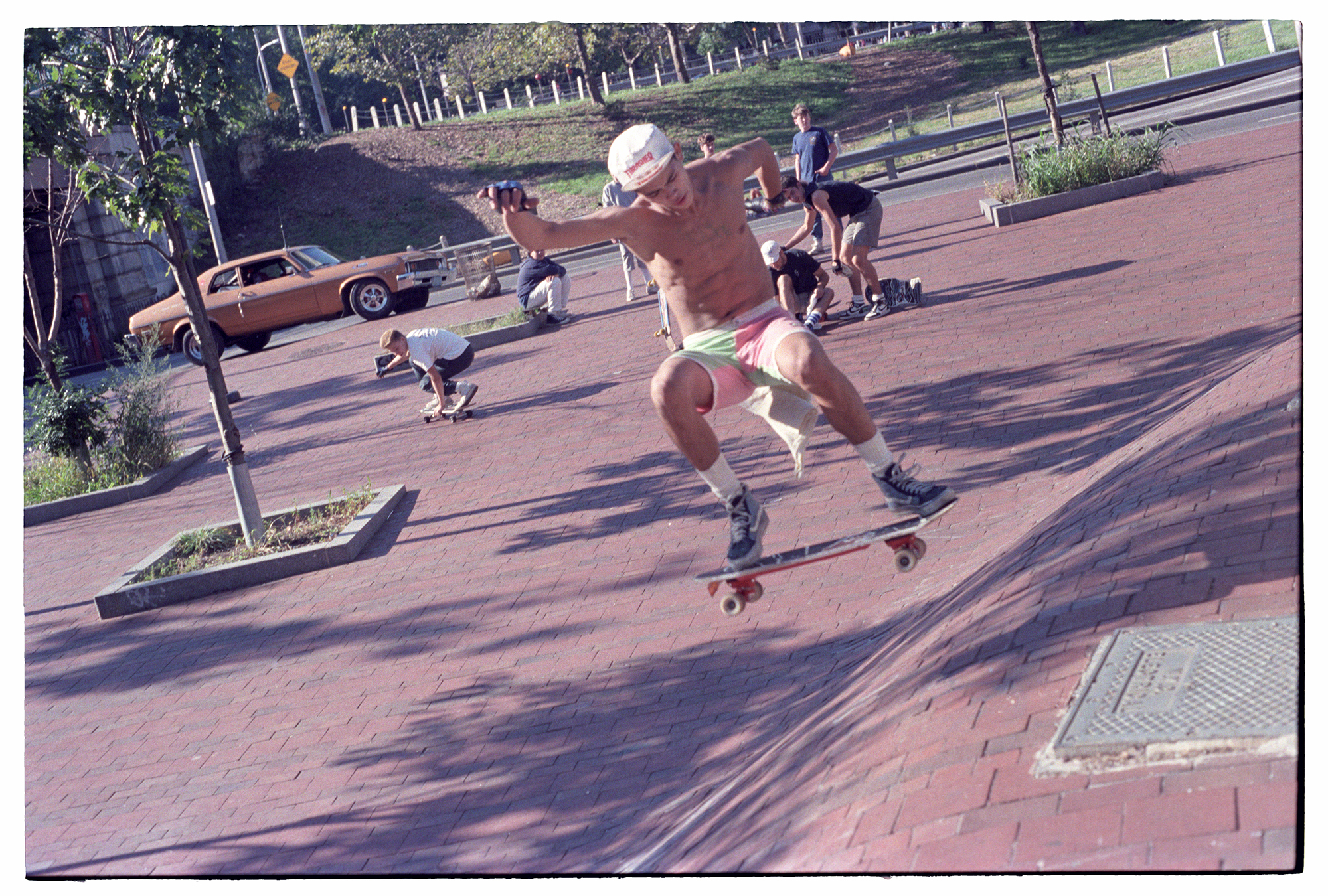 To better help the younger generation understand, I have edited together a few examples of how the ollie evolved from 1983 up to these photos in late 1986. You’ll notice everyone is figuring out how to use this new “street ollie” trick on old boards with barely any nose. At first, these early ollies started small. Over a crack. Up a curb. Off a ledge. Down three stairs. But rapidly it advanced. Up onto a ledge. Up onto a table. Up and over a small trash can. 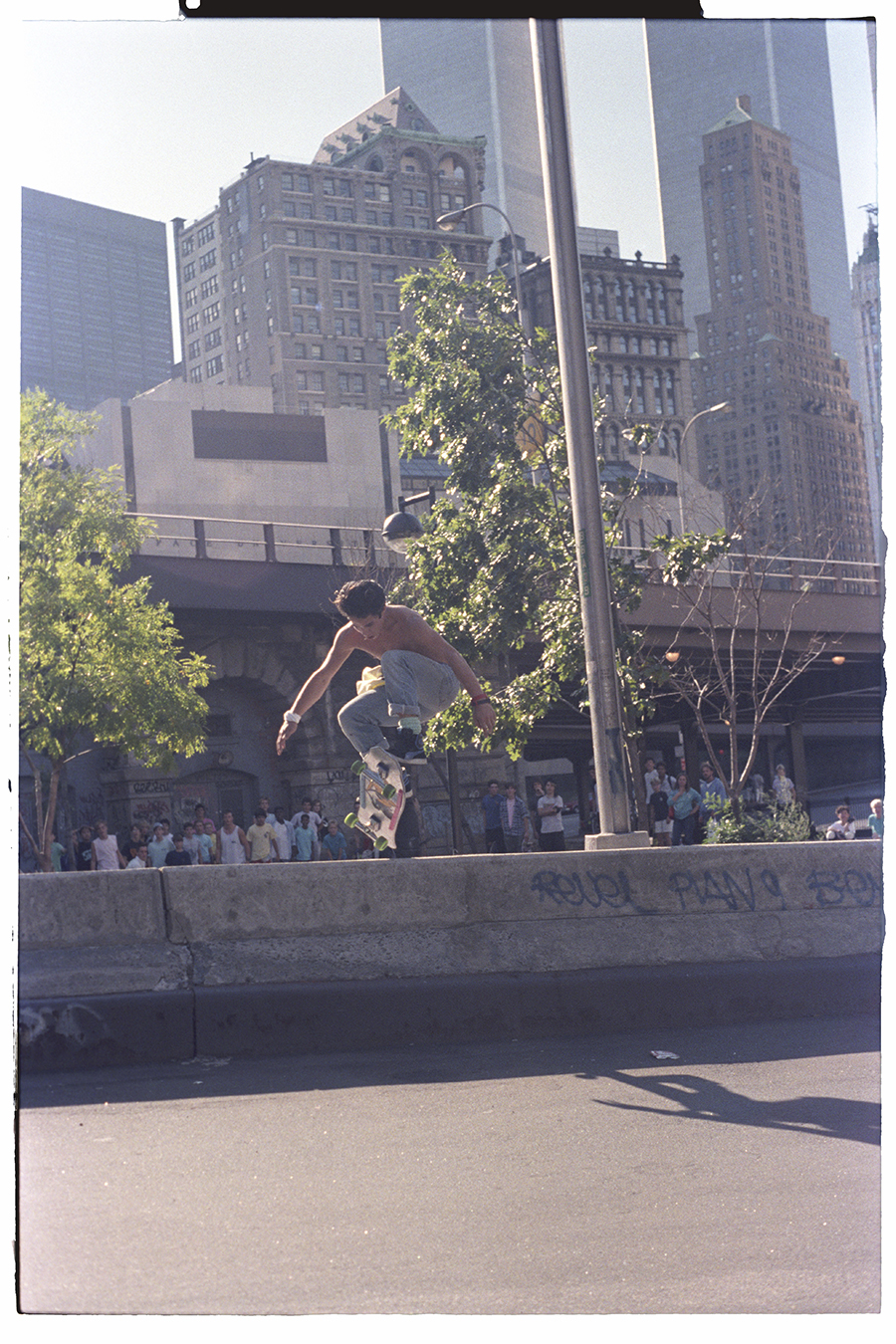 Soon, Gonz was doing kickflips, Natas was ollieing over fire hydrants, and perhaps most importantly, Tommy Guerrero was cracking ollies off of jump ramps higher than what was previously achievable by yanking. With your hands-free, the ollie allowed you to stand up and jump. To actually use your speed and body mechanics to leap higher than what was achievable by leaning over and gripping onto your board. 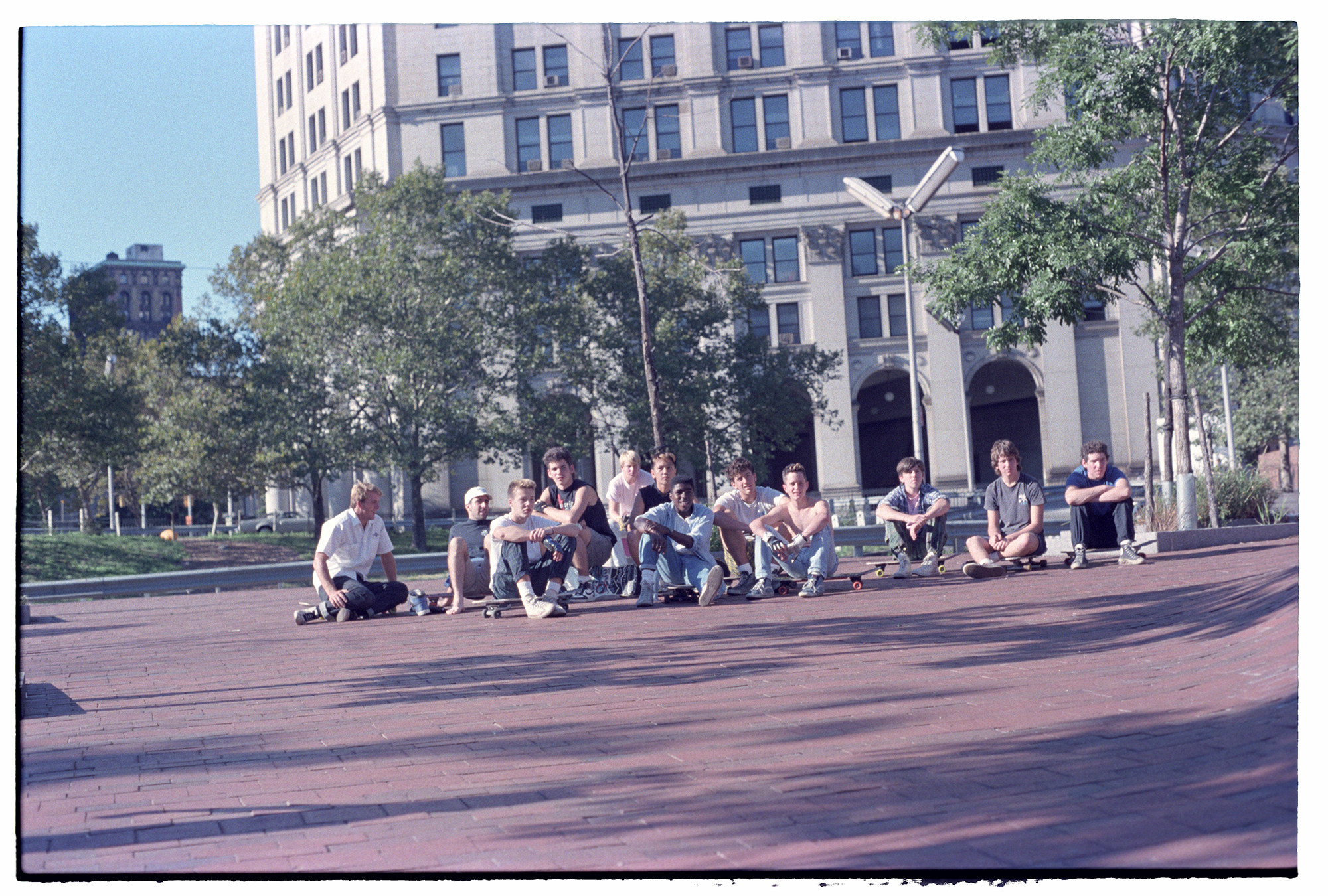 Looking back – We all sat down that day at the Banks because we were witnessing the death and re-birth of street skating. All at once. As Hosoi ollied over the wall for the first time he quietly killed the era of goofy street plants and weird bonelesses and ushered in a new era of ollieing into ledge tricks, down horrific handrails, and over gigantic unimaginable gaps – This wasn’t possible before. There were limitations. There was no way over the wall.

This moment was one of the first “real-life applications” of how the ollie would change skateboarding forever. Freed from having to grab onto your board with your hands it was now possible to leap over, on-to, and through things once thought impossible. And that opened up an entire new world. The world of modern street skating.

Here is a glimpse of the moment when that world began. 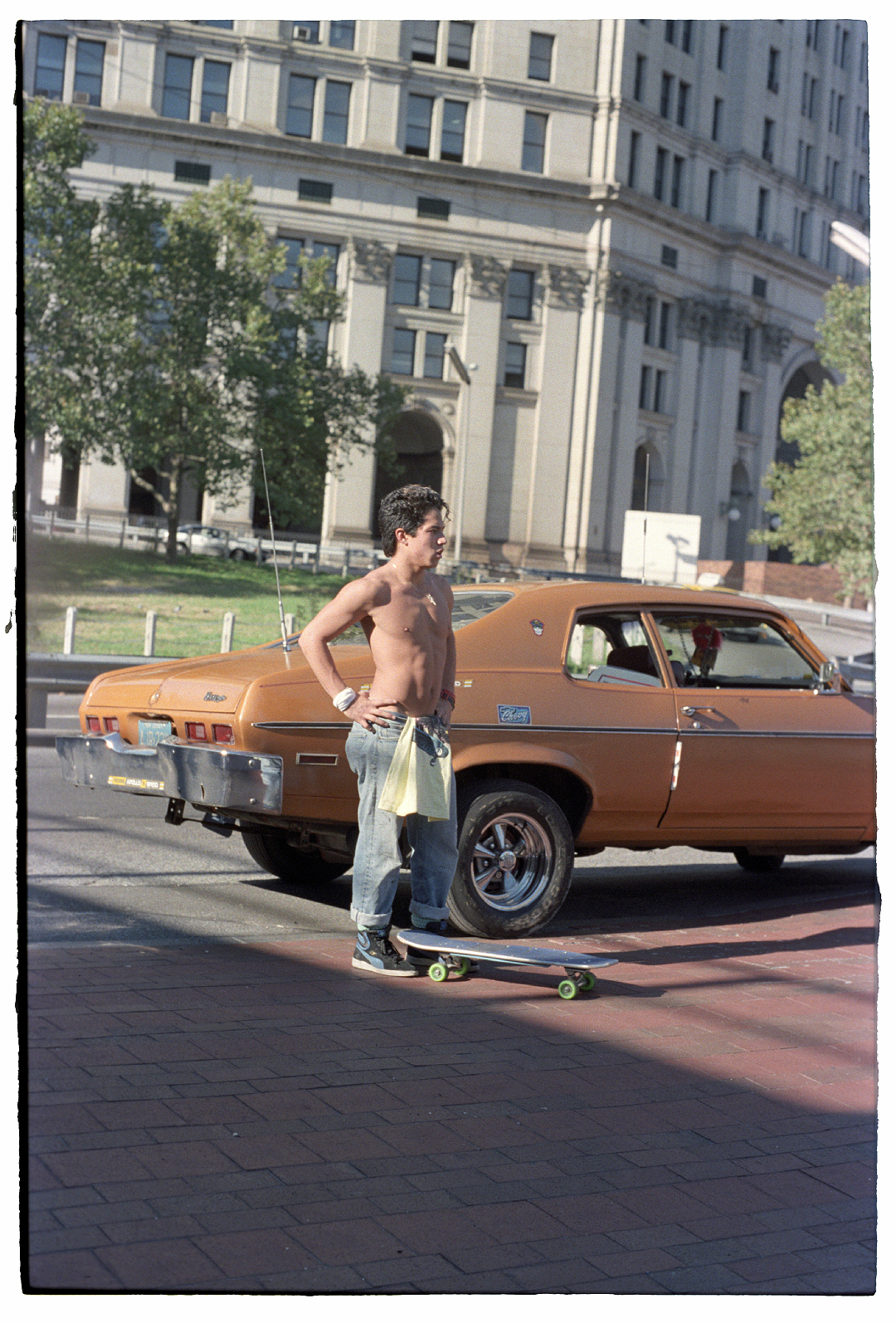 And as always – If your name wasn’t mentioned, or if you remember it differently, or if you have some other issue. Sorry. Hope that helps you move on with your life.

All of you hardcore skate nerds out there might have noticed that Hosoi is skating a never-before-seen version of his legendary Hammerhead. To sort this out I talked to the man himself. Hosoi says that it was a Santa Cruz-produced prototype that never went into production. The graphic looks like it’s a picture of Christian doing a powerslide but I can’t find the source image. I also dig what looks like a little point in the center of the Hammerhead nose. Fluorescent orange Hosoi on a silver-painted deck. 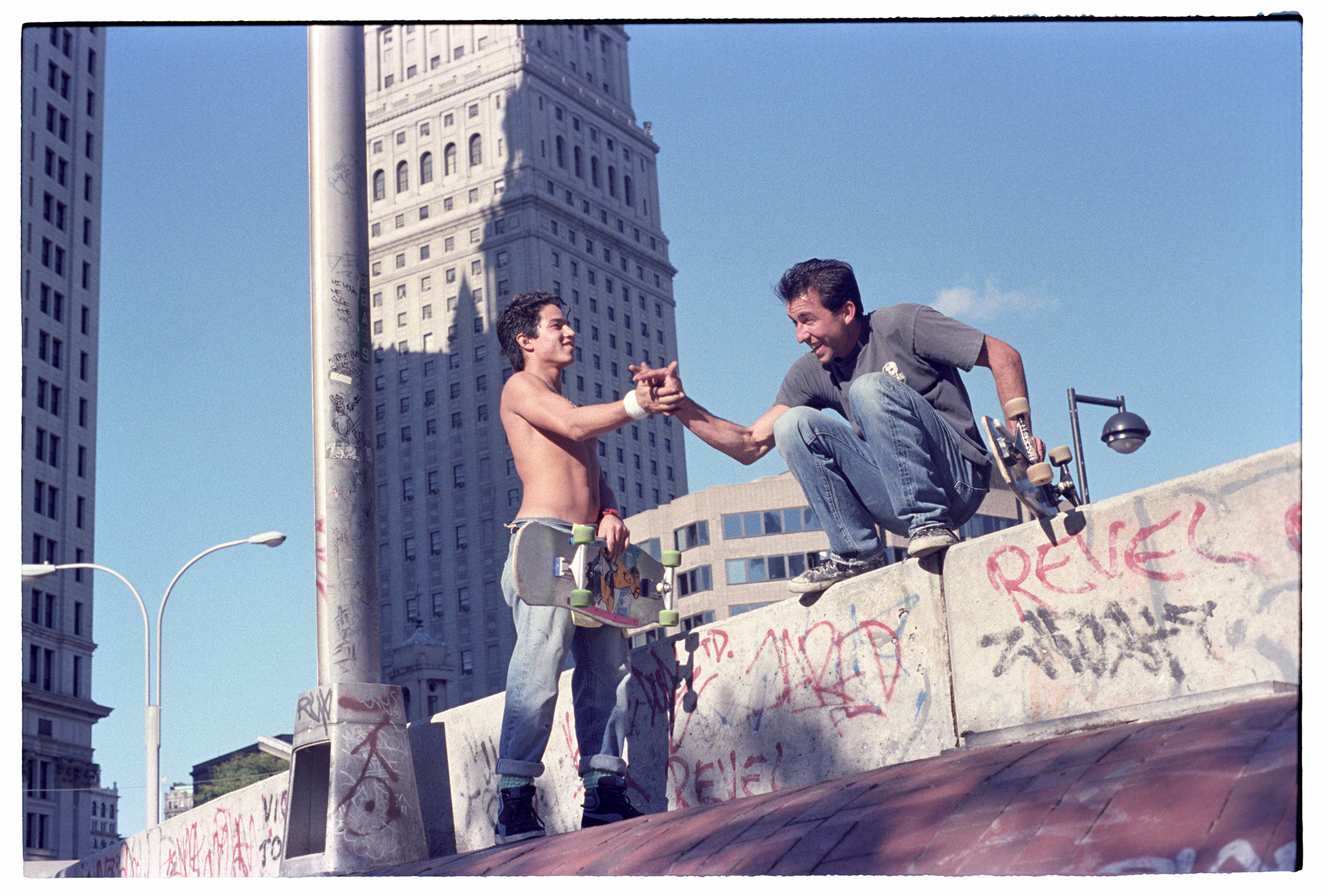