WE STOPPED BY RED BULL’S POP UP SKATEPARK IN QUEENS 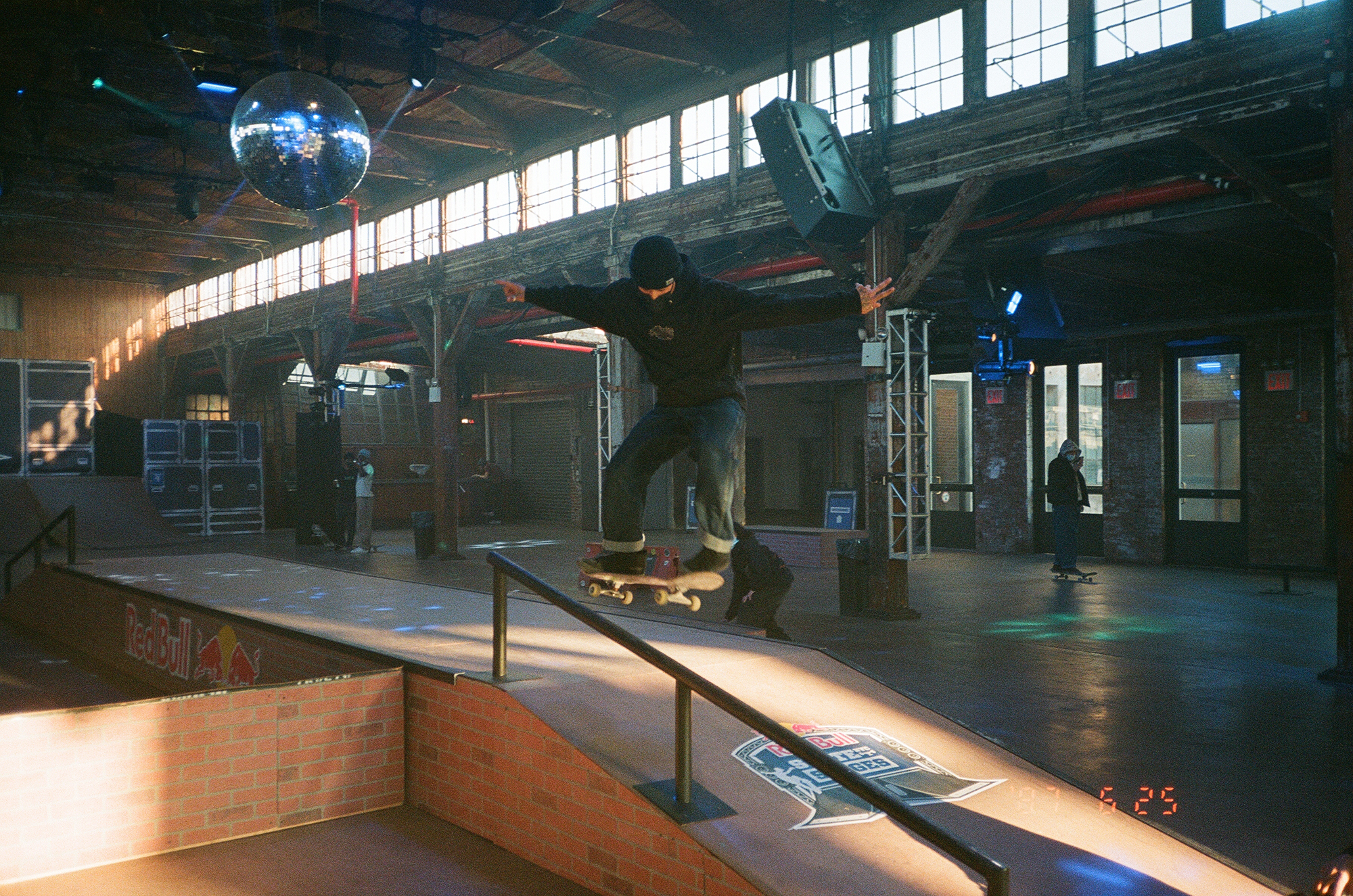 We wanted to start of this year with a bang, so we grabbed as many skaters as we could, ripped off their masks, crammed them into a single room, and did chest bumps and bro hugs until we ran out of beers.

But in order to give New Yorkers a little break from trying to skate in the snow and to help independent music venues, Red Bull partnered with NYIVA to rent out Queens’ Knockdown Center —a 50,000-square-foot warehouse used for concerts and Pinterest weddings—and erected a lil’ skatepark inside. They invited some local crews and shops to skate the space (with masks, social distancing, and lots of hand sanitizer) in as safe a way as possible.

Putting ramps and flatbars in this space wasn’t only a unique way to support an independent music venue. It was also the first time a lot of us got to roll around with our skate buddies in months, which felt kind of strange and fantastic.

But to keep the private skatepark from feeling too bougie, we made sure to bring in one or two scooterers. Strictly for snaking. 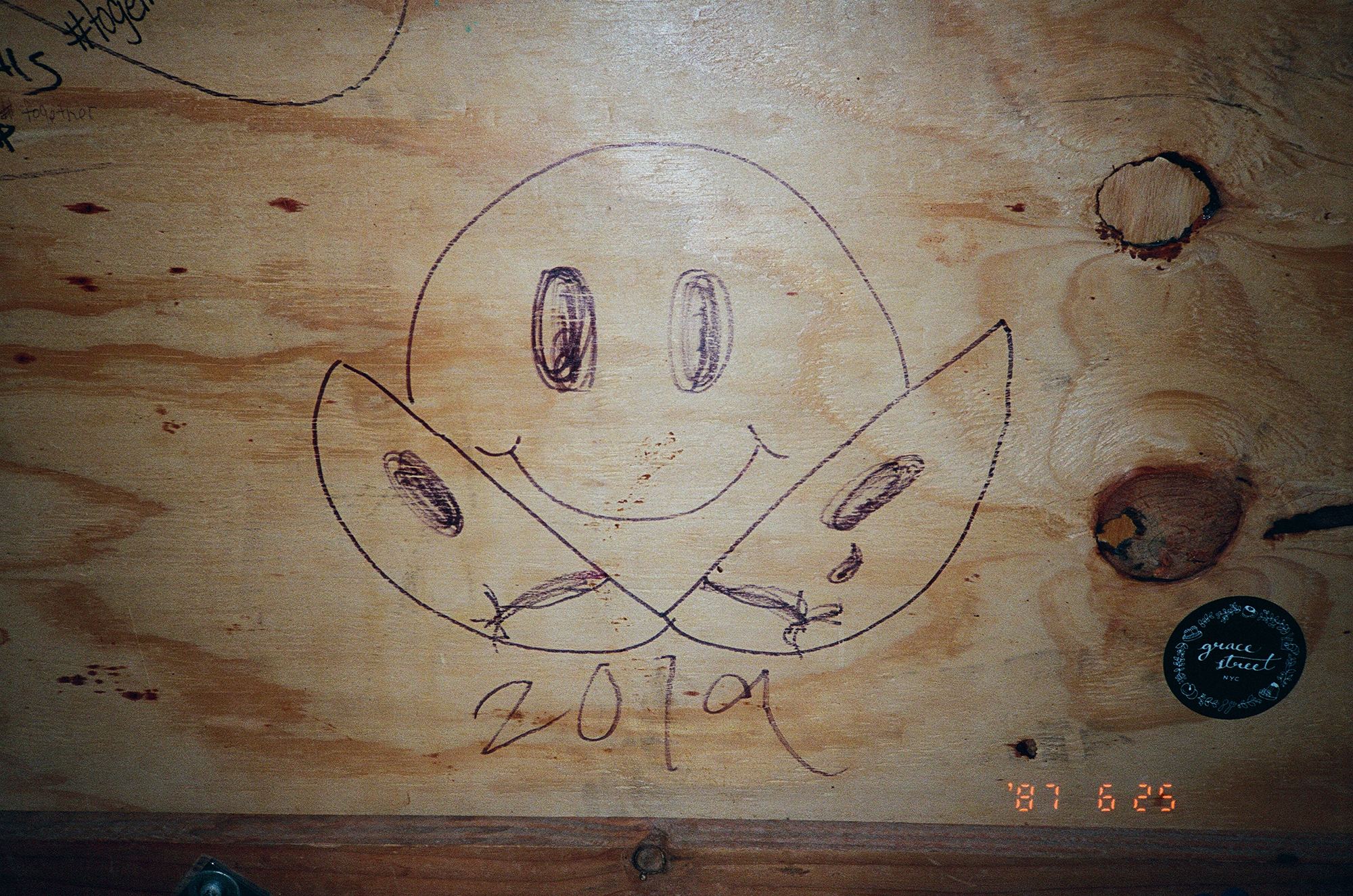 Some PMA doodling is always a good sign. Hopefully whoever was really looking forward to leaving 2019 for 2020 didn’t get too crushed last year. Like the Man Am says when he refreshes his board sponsor’s team page, “There’s always next year!” 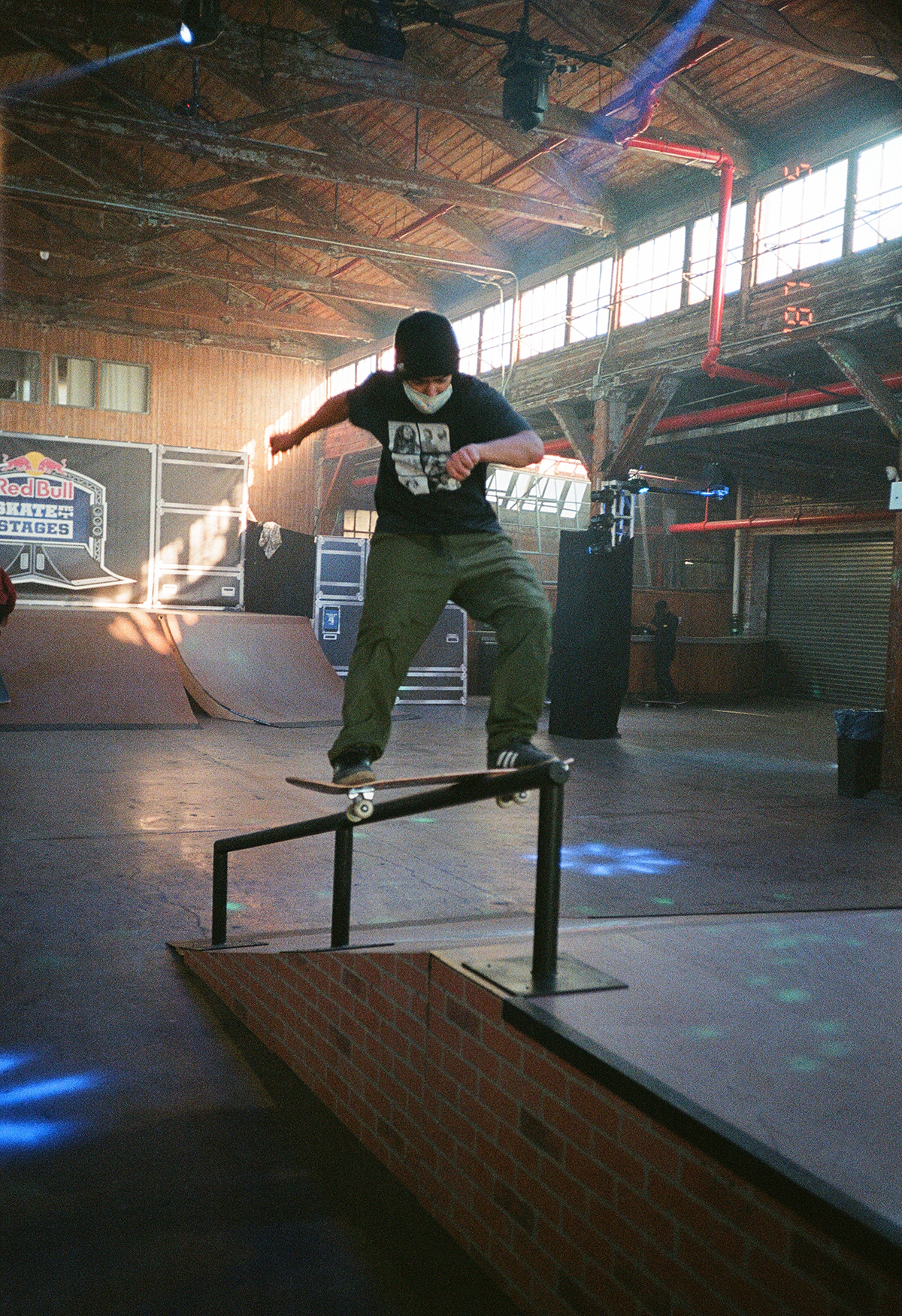 Leo Heinert greased up the pole and we were happy to just watch (but the trick he really did here was insane). 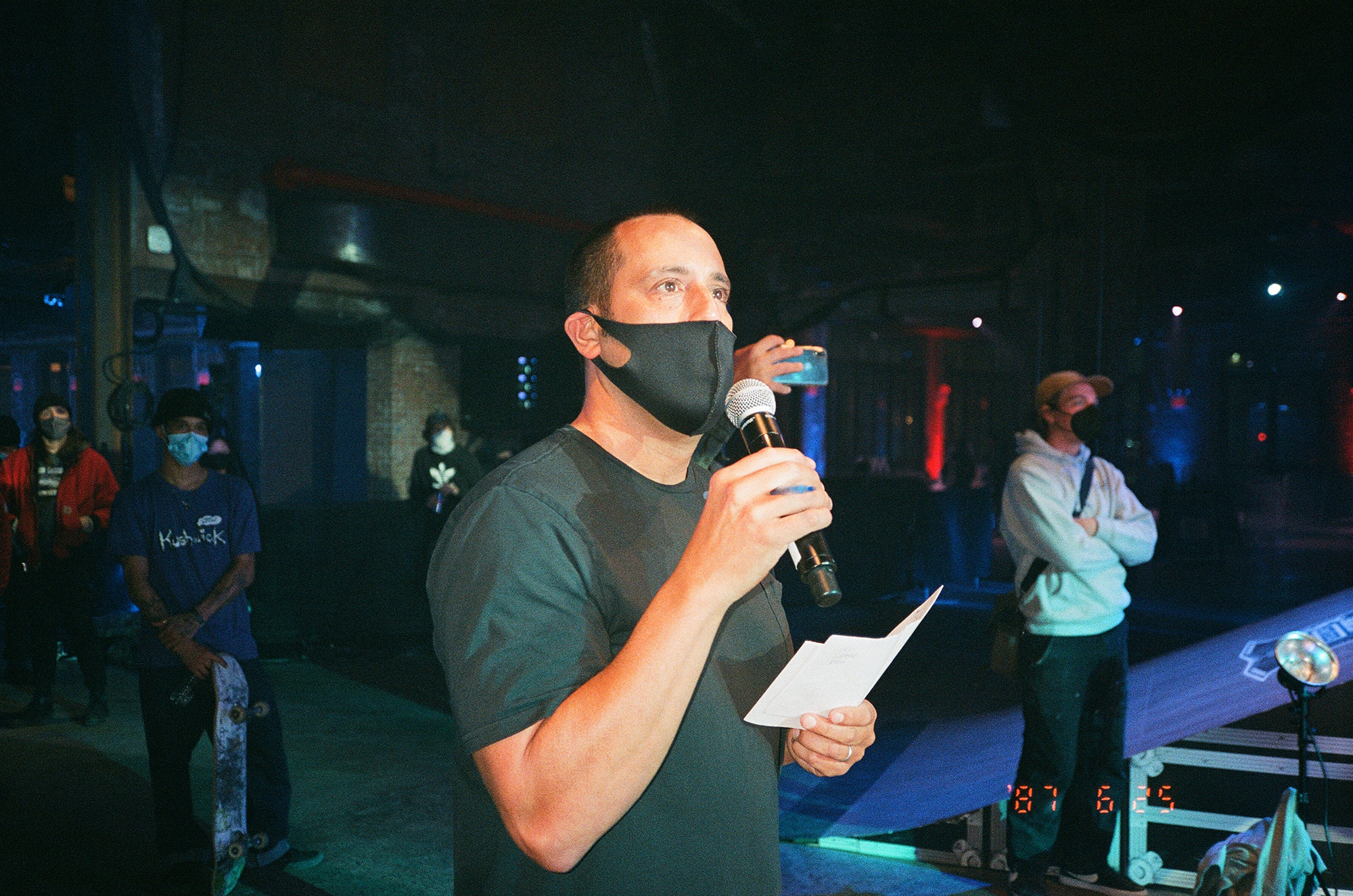 Not sure who Steve Rodriguez is watching skate here, but if I was a betting man, by the look in his eyes he’s looking at a flying fetus skate the mini ramp better than almost all of the 20something-year-olds in the park. 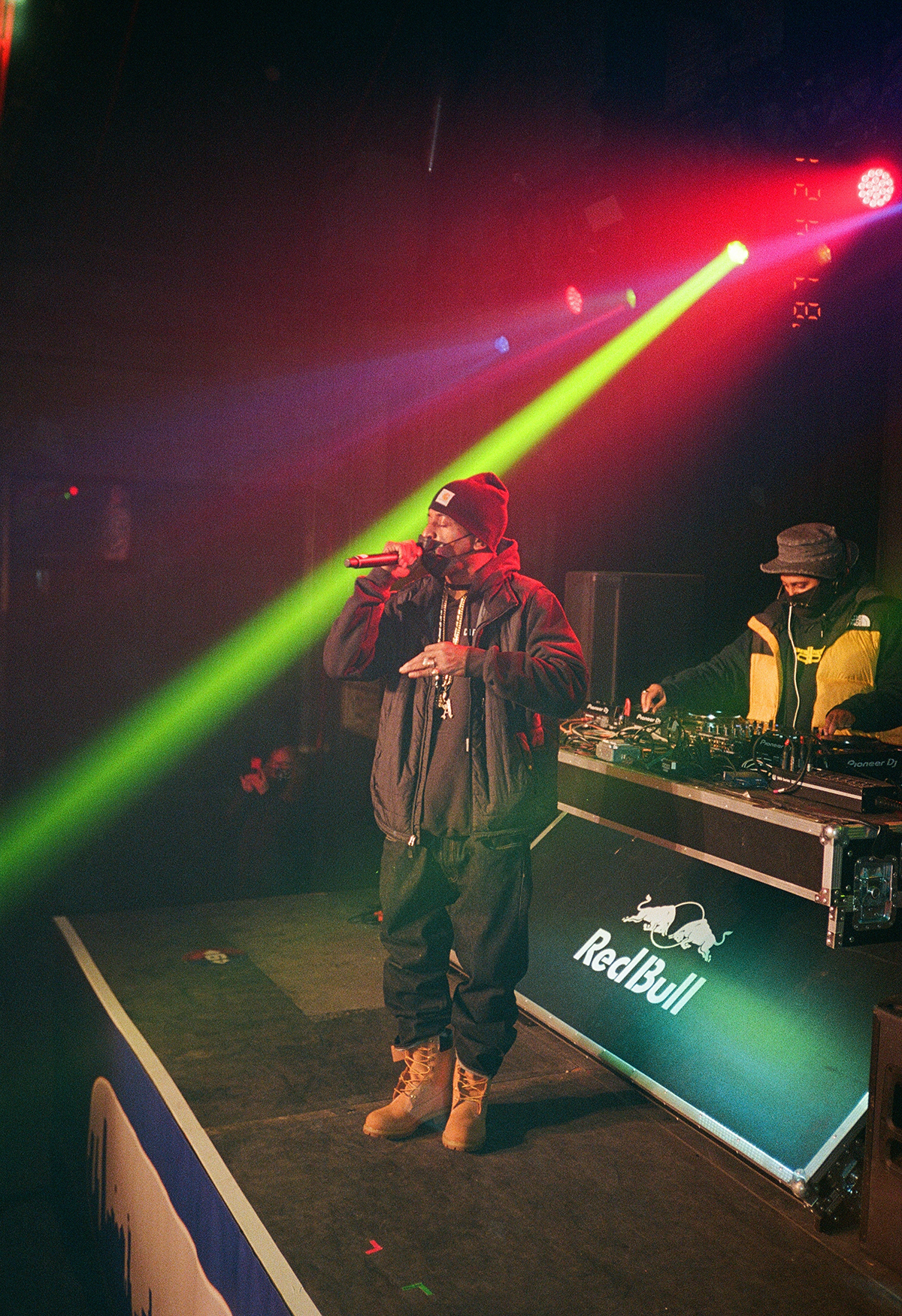 When Rakim got up to do a little guest set, everyone rightfully shut up to take in the moment. After performing some of the hits, Rakim, like a lot of music acts that have been around for a while, tried out some new stuff. “Paid in Full (Cans of Red Bull)” might be a new classic. 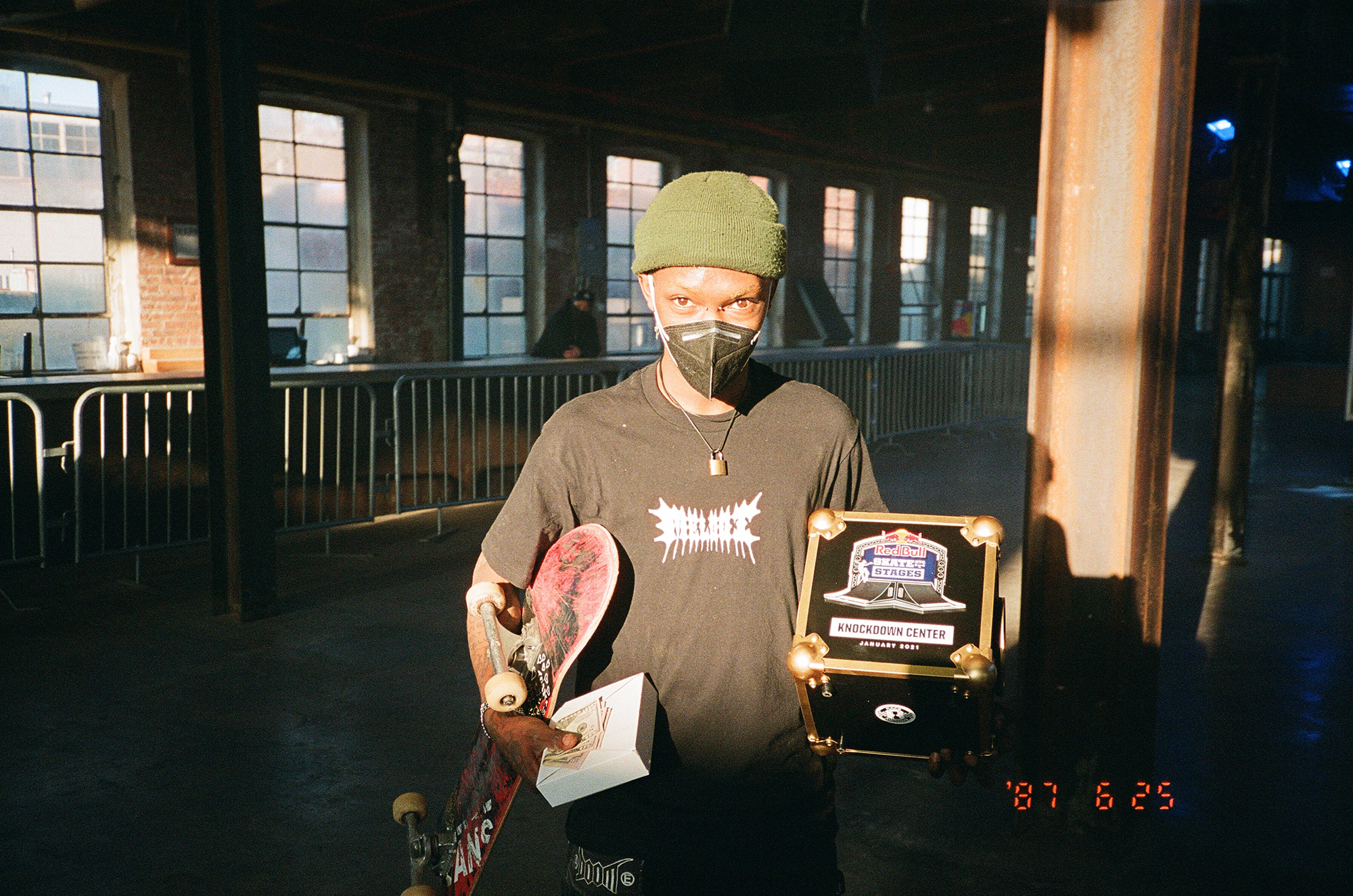 Throughout the week the park was up, a few skaters clearly stole the show. Akobi nearly slapped the ceiling on a wallride and took home some goodies in the process. Her trophy apparently doubles as a portable speaker, which may be the most useful trophy ever. 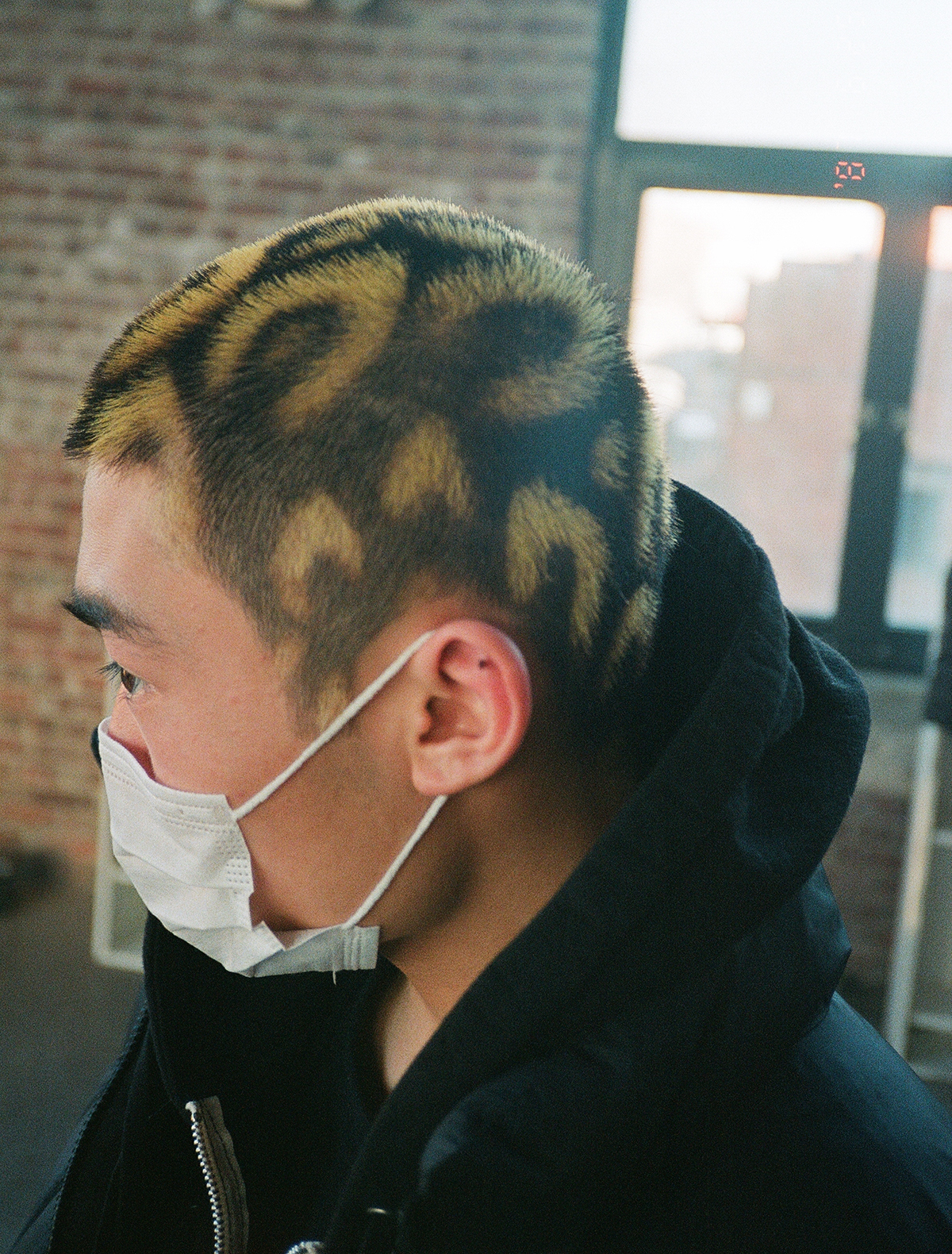 Kyota debuted this new look, which was a reverse of the leopard print hair dye that the basketball guy Dennis Rodman pioneered in the ’90s. Probably the only time you could say someone did a “reverse Dennis Rodman” and not have it be something NSFW. 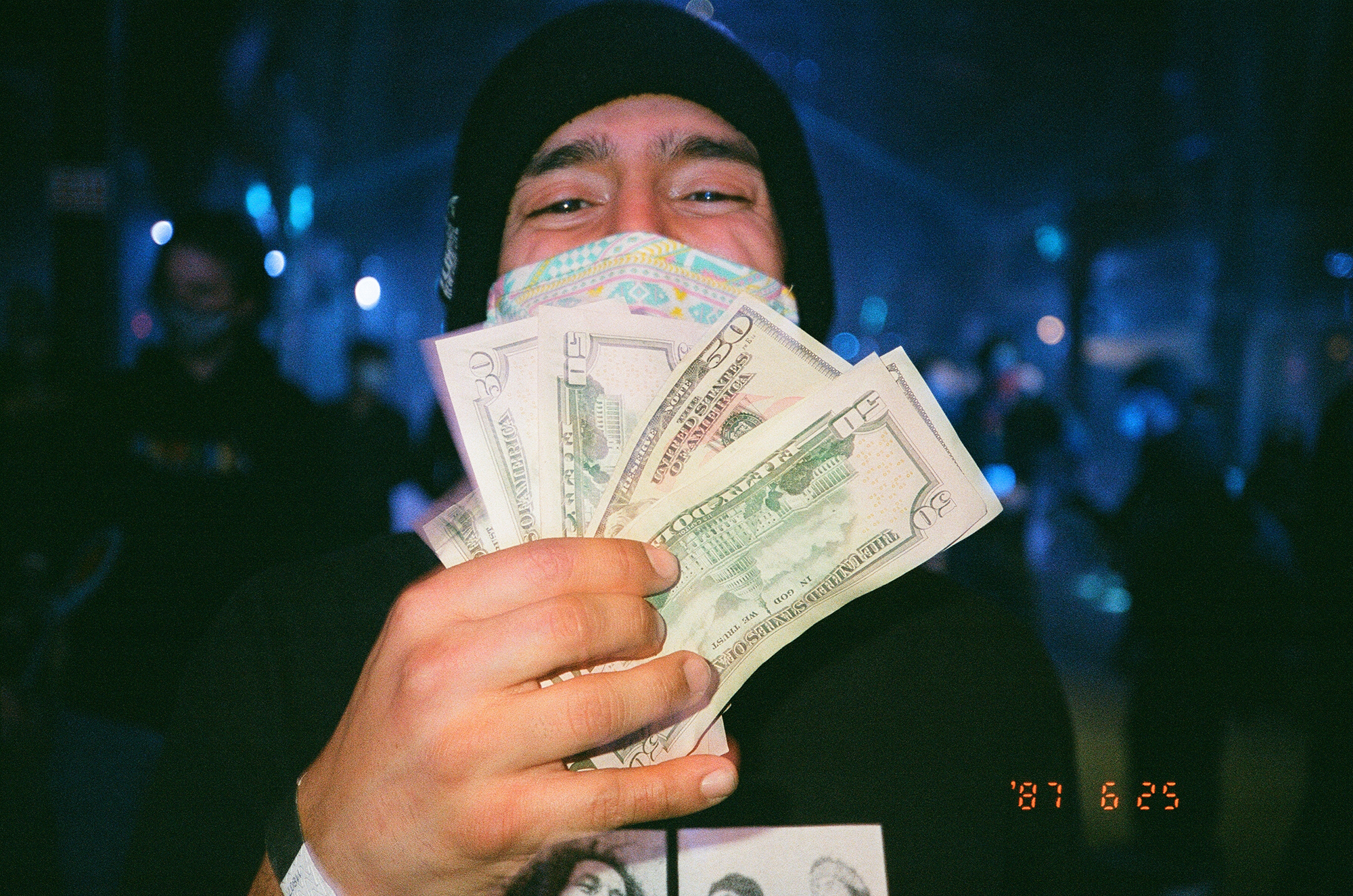 Leo Heinert gave himself the nickname TonyHawkNY and is living up to it not by doing 900°s, but by putting in his time and repping New York strong his whole life. Although he’s got the skills to do a McTwist too if you asked him. 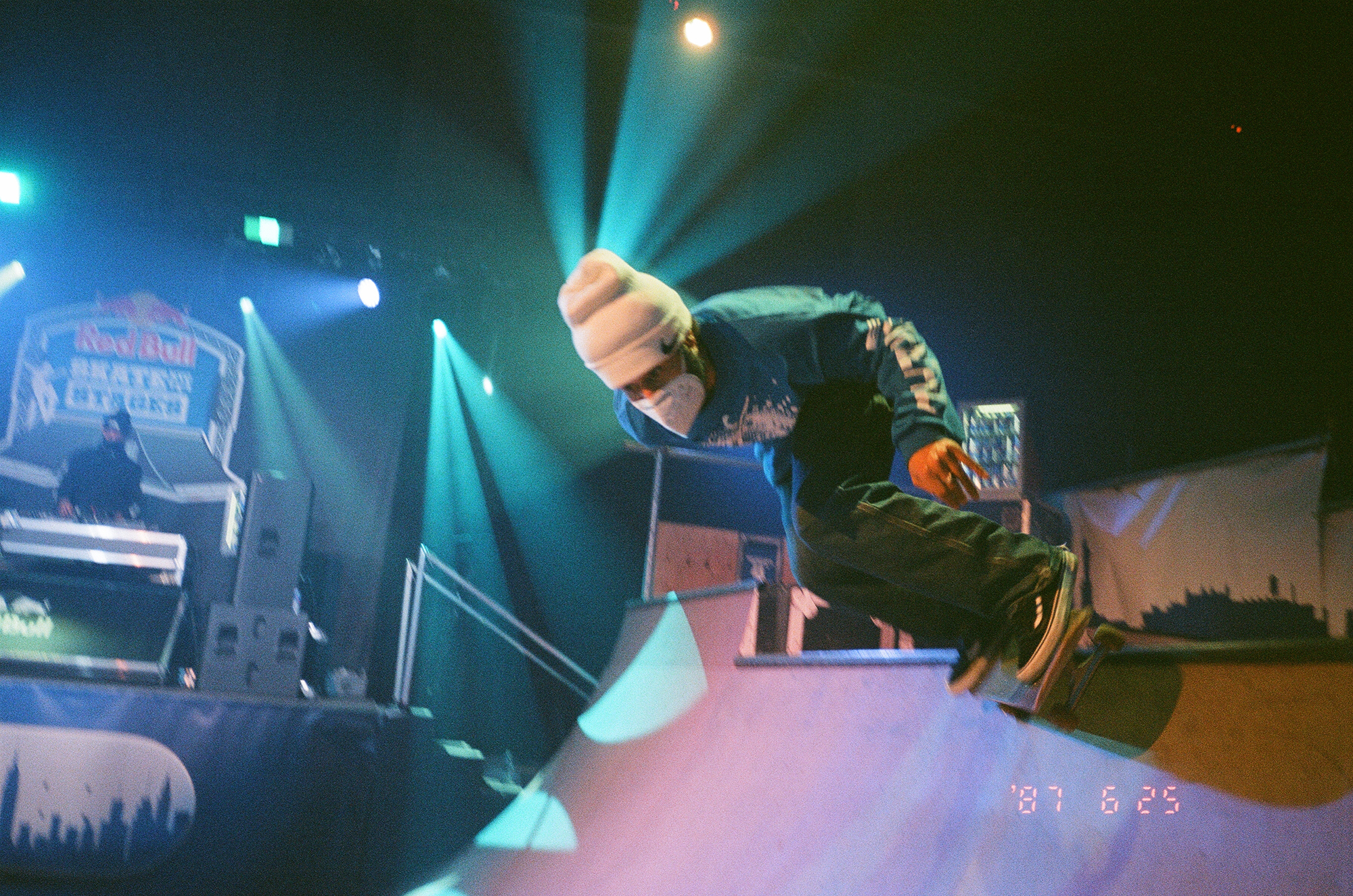 Our friend Ace was pumping the miniramp between DJ sets to keep his legs working. He’s another longtime New Yorker and we even got the chance to release a record with him (and Wyatt) a few years ago. He also takes a skatepark slam like it’s no one’s business. The full package. 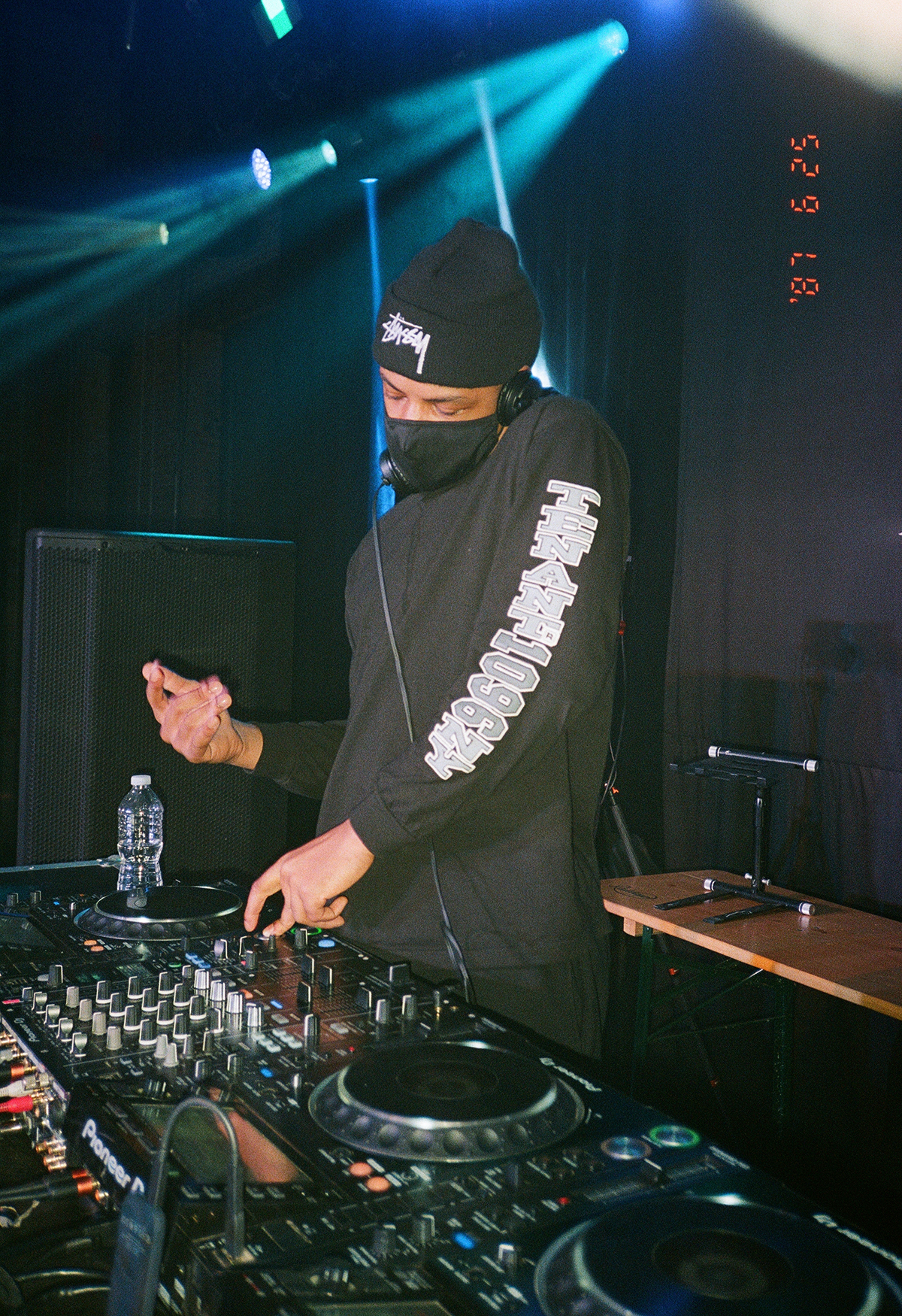 Skateboarders talk a lot about hand styles—Cardiel, Carroll, that guy grinding behind a telephone pole in an old Planet Earth ad —and watching Wyatt on the turntables made us think DJs probably care a lot about hand styles too. Imagine someone starts DJing but they turn out to have wack finger style? Unacceptable. 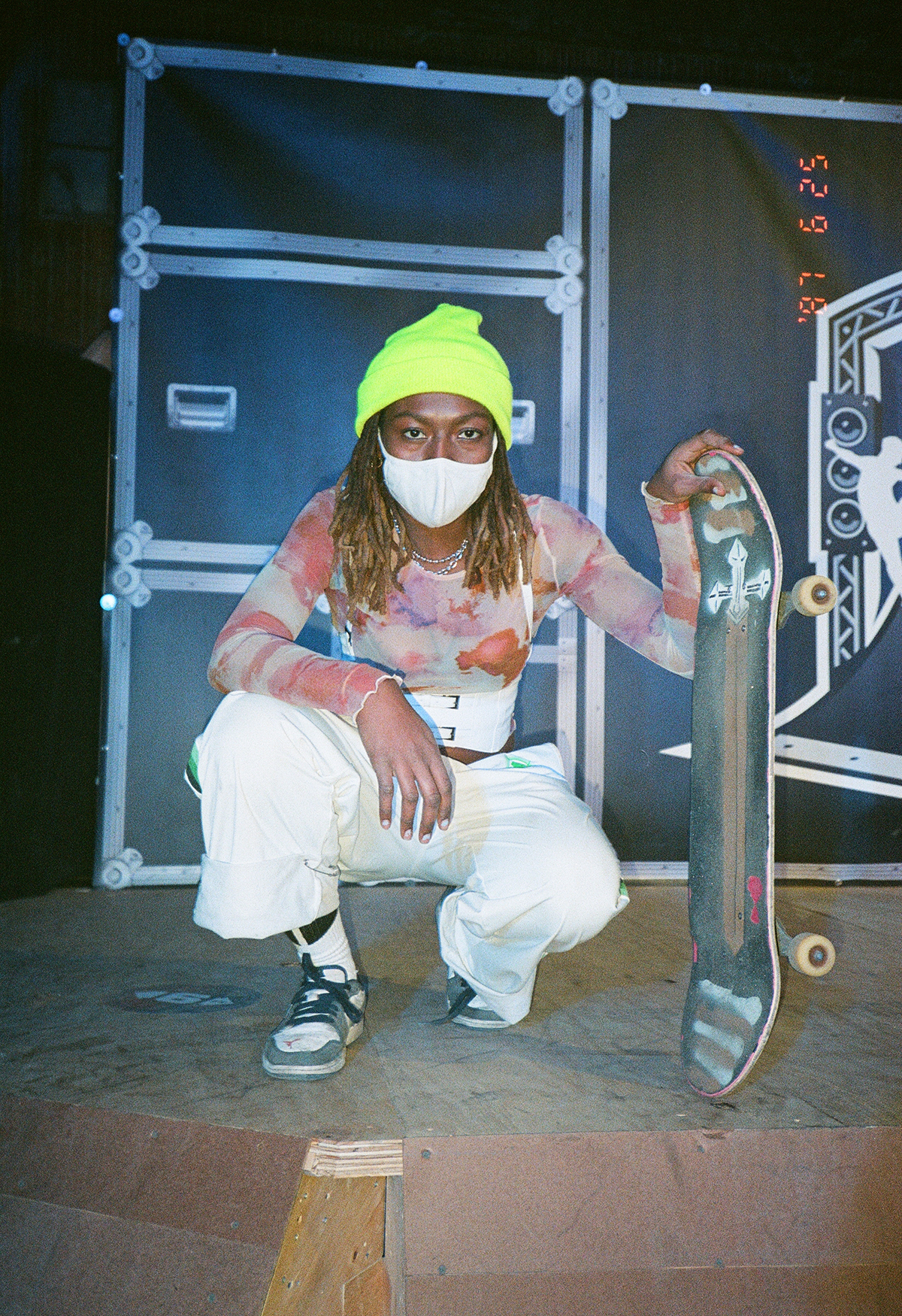 Finding the right mask to go with your ‘fit is crucial nowadays, and pretty soon skate nerds are gonna evolve from having debates about pants to discussing which n95 mask makes your back smiths look more dipped. 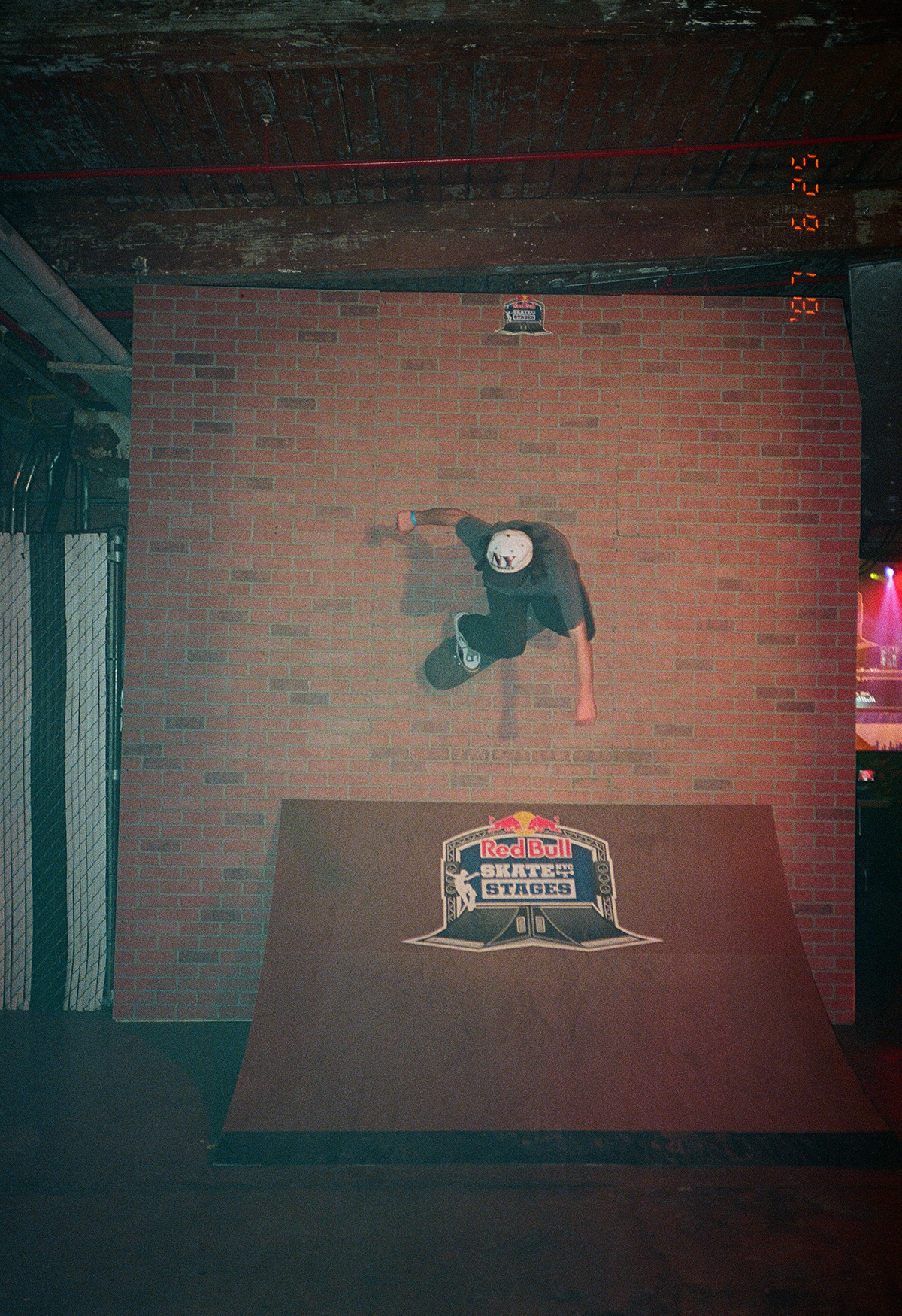 No one knows for sure when we’ll all be able to skate inside our local spots again or enjoy a show, so it felt good to help give the Knockdown Center some business during the lean times. The day when we can take for granted being able to go to a concert will be a wild one for sure. 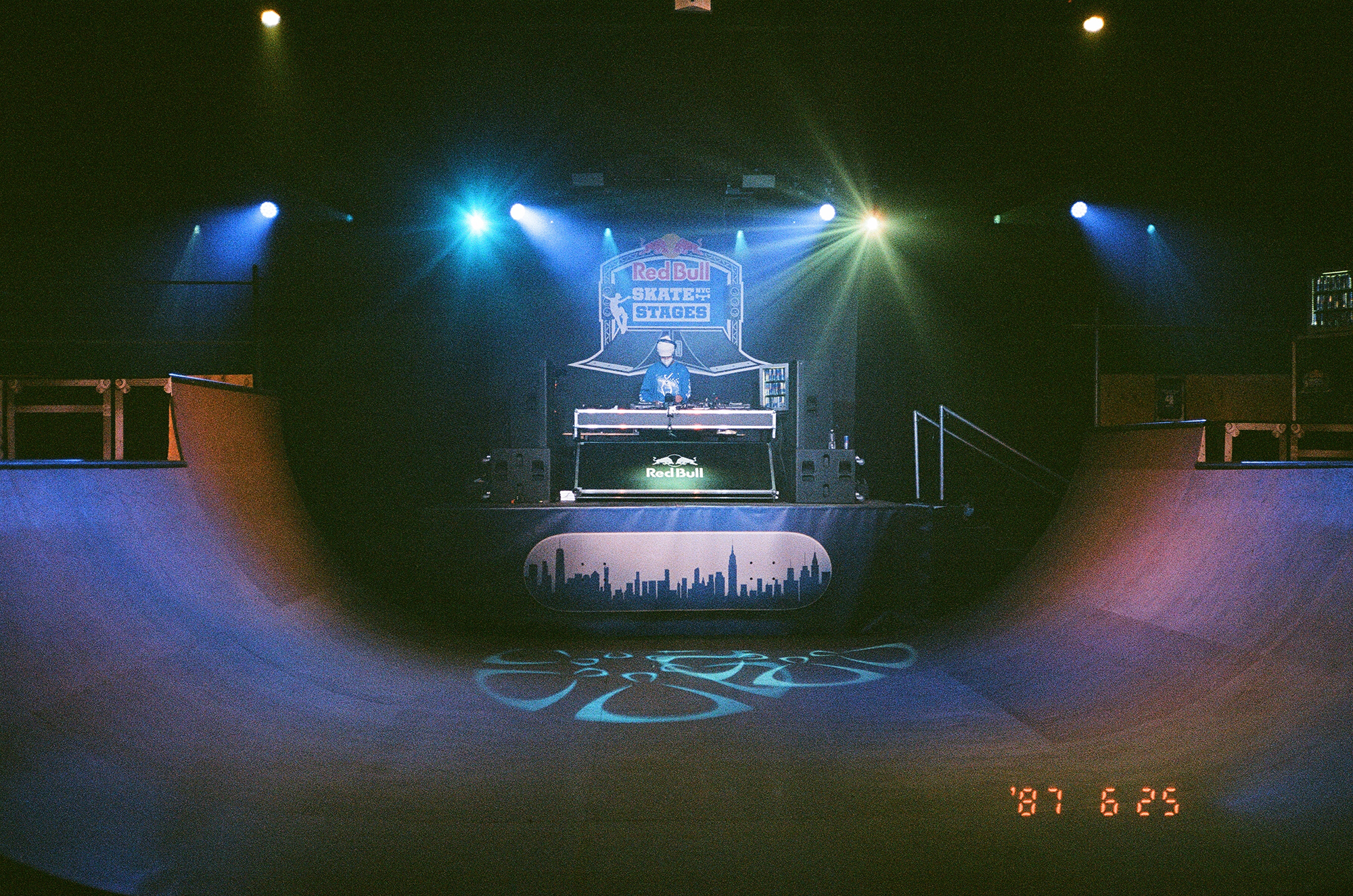 Thanks everyone for inviting us to the space and the tight protocol to keep our fellow homies safe. If someone hasn’t filmed an “all mask” part yet, that’s definitely a gimmick worth exploring. 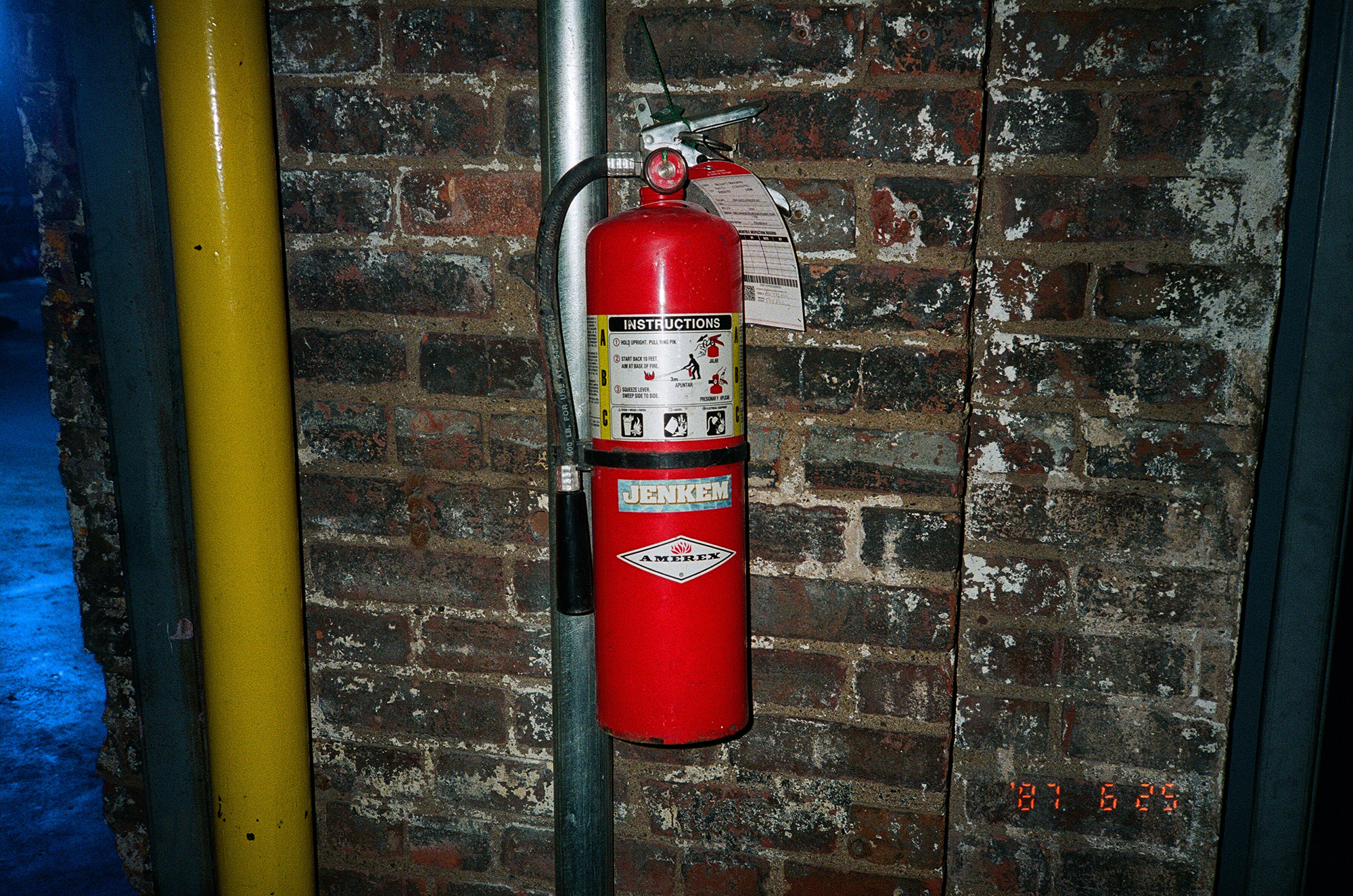 Don’t worry, this is just us testing out one of our new stickers. We’re not about to go full SuPrEaM and start selling $1,000 household appliances. Unless…