A COLLECTION OF SKATE PARTS THAT AGED WELL 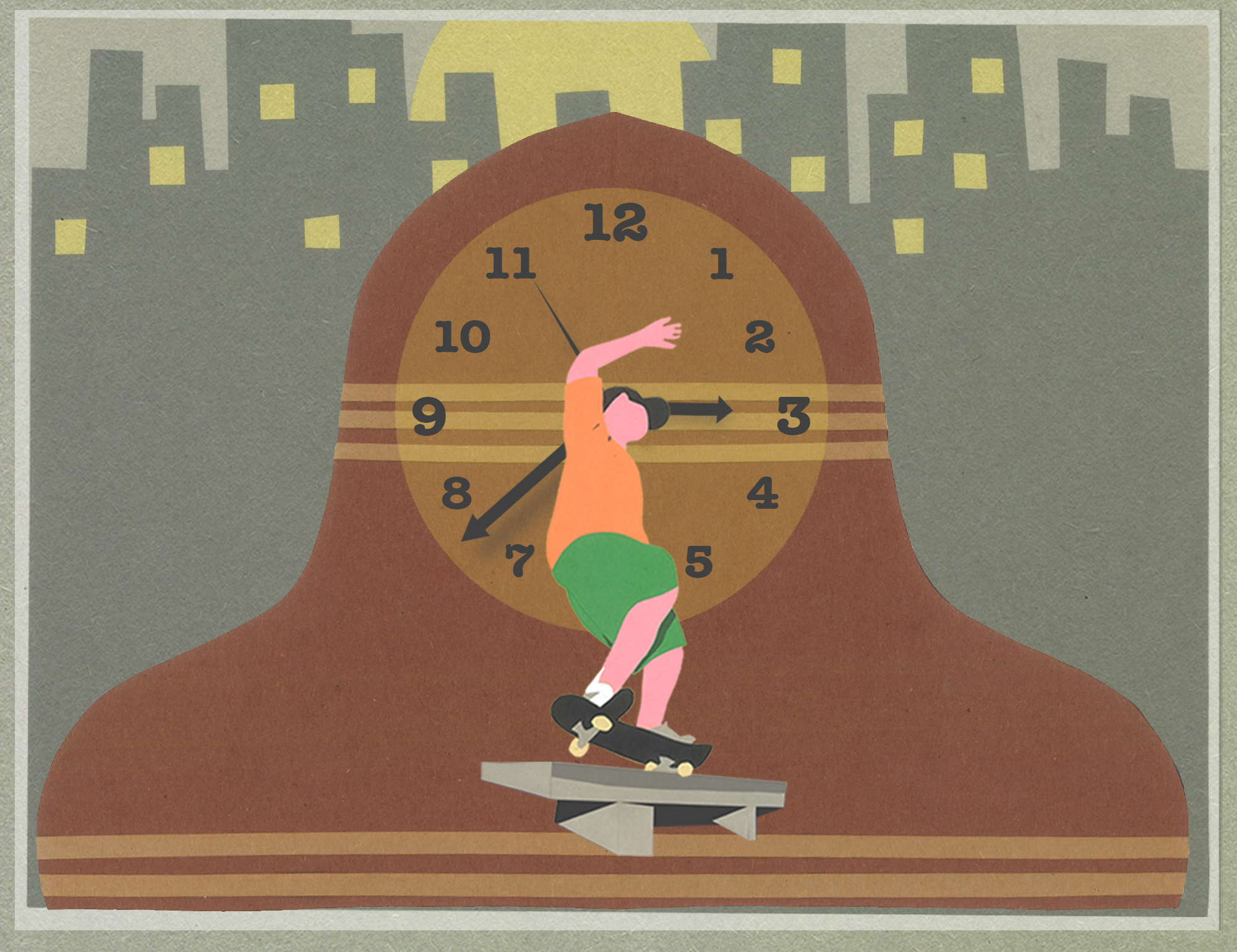 There are no set criteria for something hitting differently. Maybe it’s aged really well and embodies the best of a generation or discipline. Maybe it was ahead of its time, and you see traces of it in skateboarders and videos today. Maybe it was overshadowed by the day’s trends, or maybe the passing years have given you a little bit of perspective on.

We’ve compiled seven video parts worth revisiting, with hindsight bias. We’re gonna try and touch on the parts that go beyond the obvious, so please, save your comments about Anthony Pappalardo’s Fully Flared part for another list.

When What If? dropped in 2005, this part stumped us. Who was this guy, a team manager or a flow dude or something? Why is he running varial flips and switch 180s? Where’s the flash, the impact and the big handrails?

At the time, Evan Schiefelbine’s skating felt a little underwhelming when compared to the norms of the day, but fast forward fifteen years and it’s got everything you’d ever dream of: slappies, wallies, backside bigspins, varial flips, a clip at the LA High big bank, and one of the best noseslide 270s ever done. We’re still in awe of the switch frontside 5-0, frontside 360 out.

We chose Greg Hunt’s part in Tincan Folklore specifically because of all those fantastic 180 50-50 variations that wouldn’t be in vogue until several years afterward. Plus, we love that wallie up, across, and over the dumpster. It’s a perfect palette cleanser for when modern energy … is just too much.

You could draw a direct line between the first two Stereo videos and something like Magenta’s Hill Street Blues fifteen years later, and the latter is due in no small part to the path the former paved. Both are very mellow and atmospheric, with a heavy emphasis on the act of rolling and how individual skateboarders are interacting with their environments.

In August 2008, Traffic hosted a premiere of their latest promo, Moving In Traffic, on their website. A mere ten minutes in length, the video consisted of a sixty-second intro montage, three minutes of Bobby Puleo deflowering all the crusty New York spots we’ll see for the next decade straight, guest appearances from the Traffic team, and three minutes of Jack Sabback doing every obscure nosegrind and nose manual variation imaginable part before the credits roll.

Apart from documenting some of the best east coast skating the era had to offer, Traffic deserves a lot of credit for inadvertently creating the archetype for the internet-era skate video: operate out of your home turf, gather enough footage for two parts and a montage, and post it straight to the internet whenever it’s ready.

There was no shortage of stylish and talented skaters in the World Industries camp when Love Child debuted in 1992, but the enigmatic Jed Walters and his Adidas Gazelles stood out.

Fast and crisp, Jed’s skating shunned all the trends of the day: there are no pressure flips, no double flips, and only one ledge combo in this part. Instead, Jed filmed a long line at EMB, two of the first switch 360 flips ever done, and capped his part by kickflipping over a curb cut gap, catching it high, and landing it clean.

Legend has it Jed was on the fast track to turning pro for World Industries before he gave it all up and walked away into obscurity, and it’s easy to speculate about what he might have accomplished had he kept with it.

Sure, Salman Agah’s status as an all-time great and a pioneer of switch skating is cemented in skateboarding history, but this part still gets lost in the shuffle when people talk about early ’90s skateboarding (possibly because no one involved with this video seems interested in rehashing the past every six months).

Compare this to other videos that came out in 1993 and Salman skated spots that were a little bit taller, went a little bit faster, slid a little bit longer, and landed everything a little cleaner than his contemporaries.

Really, there aren’t many clips that would seem out of place in a modern video, and I bet it’s only a matter of time until someone films a late shove 50-50 at one of New York’s curb spots for Instagram.

After making a name for himself in the early ’90s with schoolyard clips and tech ledge lines, Shiloh Greathouse took a hard left turn in 2005 and branched out while filming his First Love part.

His part is full of a few tasteful street grabs and wallride variations, lots of bank-to-bench clips, some early DIY ledge combos, and a no comply flip, all set to the soothing tones of Echo & The Bunnymen. (Bonus points for running a small board brand during all of this, long before it was popular.)

Echoes of Shiloh’s First Love part can be found everywhere, from his spot selection to the massive influx of ledge combos in the latter half of the decade to Rick Howard’s song selection in Fully Flared.

One of the best skateboarders of all time, Marisa Dal Santo set the new bar for women’s skateboarding in 2009 with her Strange World part shortly before kickflip grabbing over it. (Sorry, that was corny.)

We all talk about how gnarly Marisa is, and rightfully so—kickflip front boarding rails and hucking down massive gaps is nothing to scoff at—but there are plenty of subtleties in her skating that go unnoticed. She dodged poles, landed on skinny blocks, gapped out over stairs, and grabbed her board mid-grind, years before it was on trend.