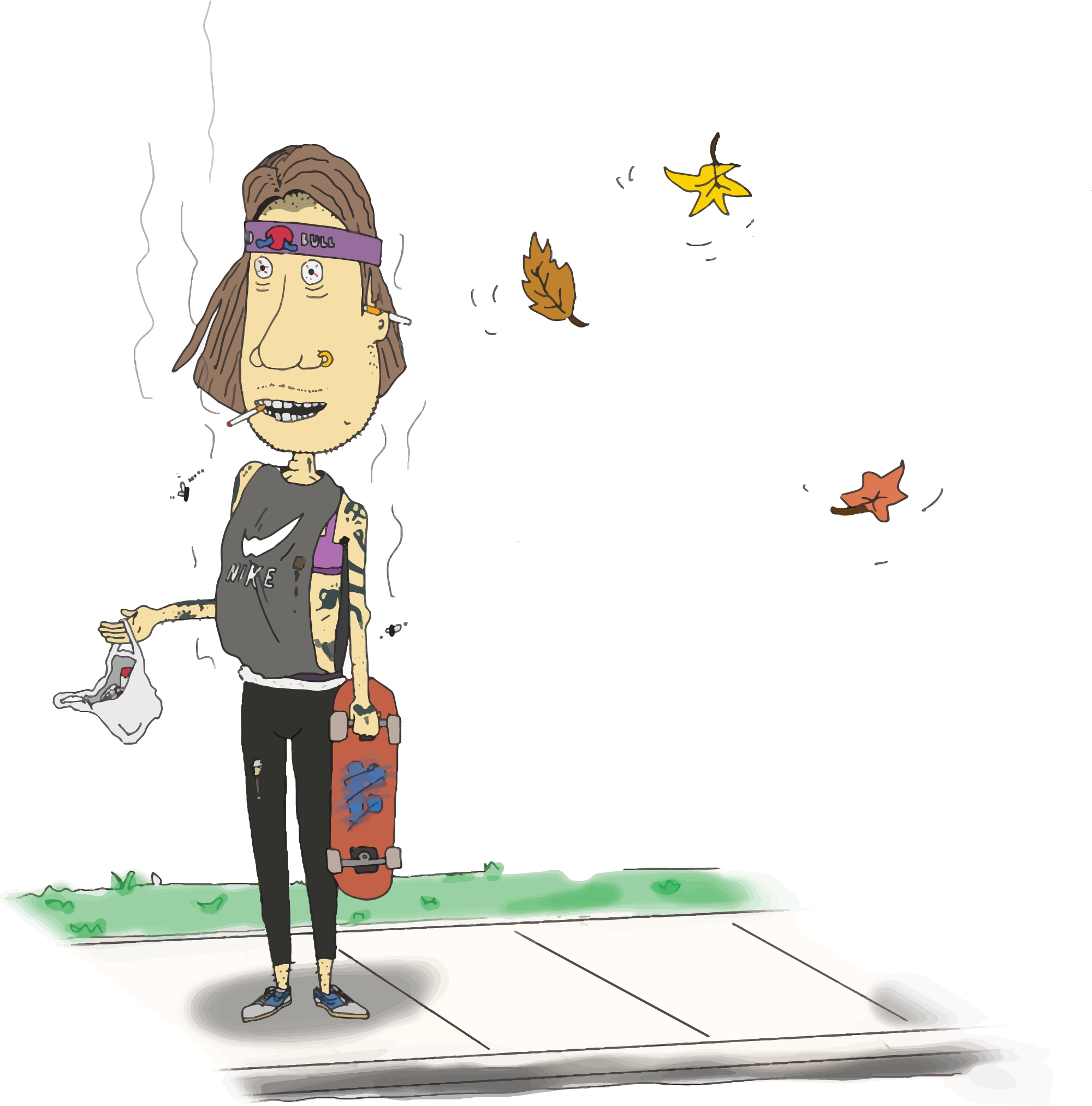 Your Halloween celebrations will most likely be a little different this year, but that doesn’t mean you have to skip out on getting dressed up.

The best Halloween costumes—at least as far as we’re concerned—are creative and recognizable but relatively low-effort, so we put together six easy skate costumes for you lazy bums who still want to be in the Halloween spirit without a trip to your local Spirit Halloween.

If you’re feeling your creation, post a photo on Instagram of your best, worst, or most idiotic costume rendition and hashtag #jenkycostumes so we can follow along.

This costume seems easy, but you’ll know if you really nailed it if a skater tries to randomly wallie off you. As a little hack, switch the plywood over to cardboard so you don’t give yourself splinters from lugging around a heavy plank of wood all night.

Not everyone is blessed with the Sinclair body type, so grab an old throw pillow and tuck it under your big black T-shirt. You also need to stock your pockets with candy and other snacks because if you’re going to get one thing right, it should be his love for junk food.

I wouldn’t really recommend dressing as a viral Tik Tok star if you’re over 25, but we’ll make an exception for Dogface. Luckily for the drinkers out there, this costume comes with a built-in cocktail prop. Just pick up a fifth of Smirnoff and you could be drinking vodka cranberries all night long!

This costume is the most simple one on the list, so you want to make sure you’re definitely rocking DCs or it will all fall apart. Without those people might just mistake you for Eminem in 8 Mile, and you don’t want that.

If you’re lucky enough to be heading to the beach or sitting in the sun on Halloween, the Lucas Puig costume might be the right one for you. Brush up on your French accent and throw on the shortest shorts you’ve got and you’re pretty much set.

Not everyone is blessed with Leticia’s Olympian-level body, but that doesn’t mean this costume is out of reach. All you have to do is pad up that behind, throw on a sports bra, and grab a sweatband to keep your long hair back. Bonus: if any of your friends are planning on being Nyjah, Sinner, or David Loy, you have a great group costume set up.