OUR FAVORITE PRO SKATER STORIES SUBMITTED BY YOU 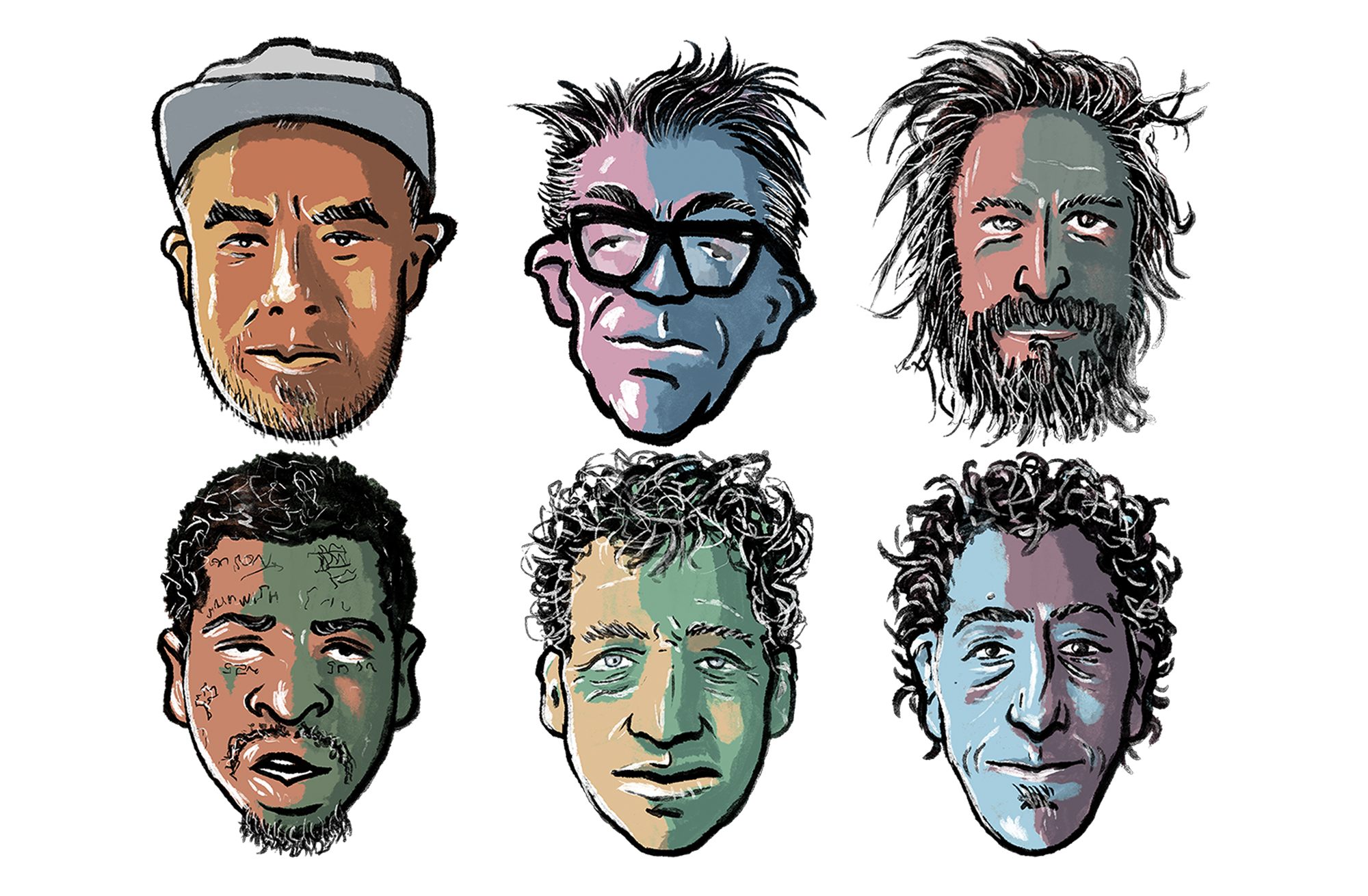 It’s not every day you get to bump elbows with professional skateboarders, so when you do, the memories stick out like a sore thumb — especially if you’re a highly impressionable teenager when it happens. Inspired by the Slap thread, we asked our readers to share their most vivid encounters from over the years. These are just a few of our favorite stories out of the hundreds you sent us via DM, and honestly, we would share them all if we could because they are just that good.

Let us know if you’d like a part two because there are plenty more where these came from. 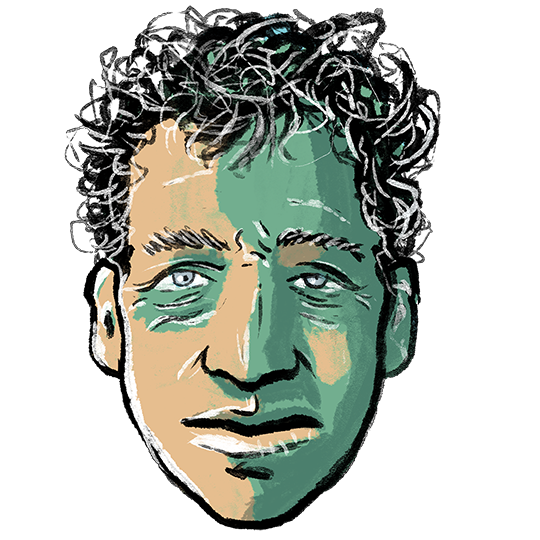 When I was a teenager, Mark Gonzales walked up to me on the street and took a Polaroid photo with me. We became friends late in life but I was still too nervous to bring up the photo. Then one day when we were skating Pier 62 skatepark, he said, “Hey, I still have your photograph. I’ll bring it to you tomorrow,” and he pulled up the next day and it’s the actual photo he held onto for 10 years!!! I still have it and it still blows my mind. – @substanceskatepark

In 2018, I was visiting New York and walking through Manhattan carrying my skateboard when I saw the Gonz on an 80s BMX bike wearing a fedora and bright striped pants. When the light switched he disappeared. I kept walking and a minute later he pops up beside me and in his high-pitched Gonz voice says “These are from Natas!” and hands me four of these stickers before pedaling away. – @jcherni_

This dude randomly showed up at our local skate shop in Wyoming by himself. The shop had a mini ramp and a flat bar off a curb next to it. He skated with me and my friend for an hour and showed us how to do firecrackers off the curb. He left and we were like “Damn, that guy was cool.” The shop owner came out and told us “That was Gonz.” I think I was 11 or 12. – @yoderyoder

Walking through Union Square in NY, he was skating a fish deck. He stopped me because I had an old-school Budweiser sweater on. I asked him to see his board and nollie flipped with it and he took out this little digital camera with no view screen and asked how I did it. Then he took a clip of me catching another one. He put the video on his YouTube. – @cmonsun

One time a friend and I saw the Gonz carrying a few boxes around LES while his wife was riding his board. He said something in Italian to her then turned around and said “I told her that her ass looks like a tomato.” – @christianpayment 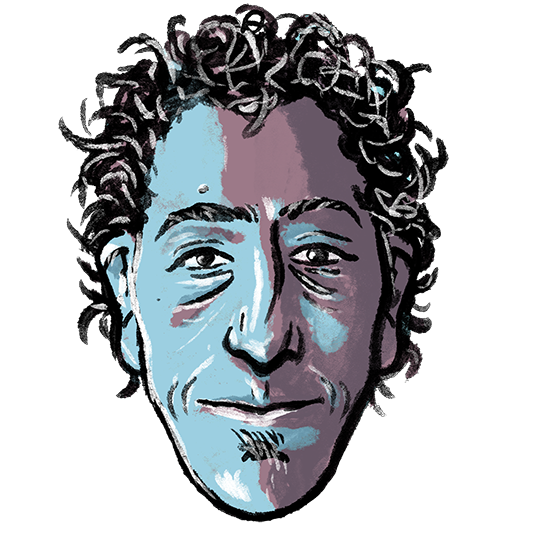 My friend tried to hand him a PBR at Tampa Pro and he said “Thanks but no thanks, that will give me diarrhea.” – @andy_the_aguiar_

I saw Frank Gerwer at Tampa Pro and I said “You’re the man, Frank!” He replied, “I got the penis and all.” – @nickatalltimes 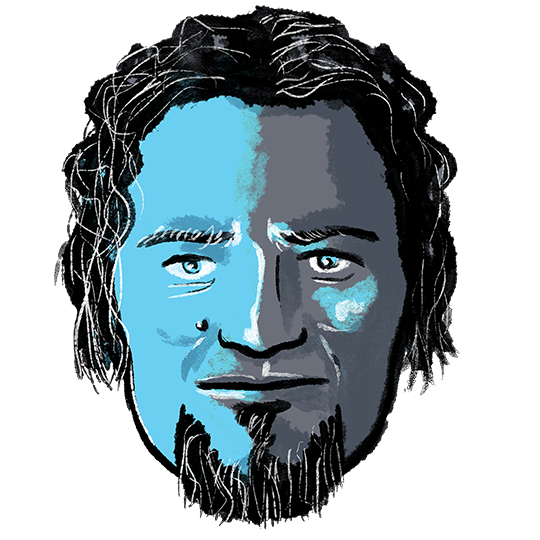 Bam came to a bar in my small neighborhood in Portsmouth, Rhode Island around 2010. My brother, homies and I were in middle school and our parents let us skate outside the bar until 2am when he came out and took pictures with us and signed our boards. He was wasted but a very cool dude. Still have a funny picture framed.– @phenex777

Bam opened the door of his Porche into me at the Golden Gate Bridge and was like, “My bad.” think he was drinking a tall boy chilling with Andy Roy. I didn’t even know who it was or look to see who it was until my buddy was like, “Dude, Bam Margera just opened the door of his Porche into you and you didn’t even say anything.” Ended up watching the sunset together. How cute! – @photo.bymicah 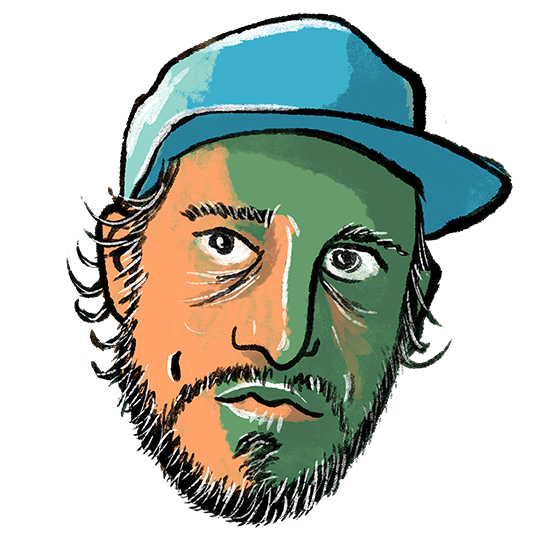 Met Fred Gall while at the skate shop in Newport, Kentucky. He wanted to go to the strip club next door so I meet him over there. When I walk in the bartender won’t sell me a beer because she knew I was with Fred. I asked Fred what was going on and he said these frat bros were messing with the stripper he was talking to. So he yells at the frat bros and they come to our table. Fred gets up, smashes a bottle on the table, and threatens to shank all the frat bros. Then we all got kicked out and went to another bar where more shenanigans took place. – @mistergiby

My friends and I once encountered a drunk Fred Gall next to the Path station in lower Manhattan. He bought us hot dogs and told us stories about Harold Hunter (my friend had on an HHF shirt) he also gave my buddy his Indy windbreaker off his back. – @john_christman_ 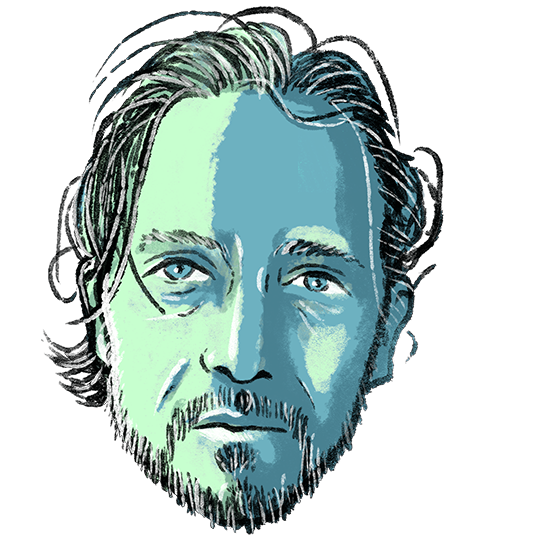 On a trip with Heath. We all got to Albuquerque at night and it was raining. We get to the house we were staying and he just says “I fucking hate Albuquerque
I’ll see you guys in Austin” and took his bicycle out of the RV and rode off into the night. – @ryantownley

Met Heath Kirchart, I asked for a photo and got this head hug combo! He was drunk but still the nicest guy! – @jayslab

The first week I was in LA I was with a group of new friends and we went to dinner. I walk in and the first person I see is Heath Kirchart. I freak out and walk up to him without thinking… I think the first thing I said was “Sight Unseen” and he turned around confused and embarrassed in front of his girlfriend or whatever. I was like “Sorry dude, you’re the best, could I get a photo?” His girlfriend was super confused and under his breathe he said, “uh, maybe later,” then walked away. Totally understandably. Years later I was drinking at Black bar in LA and he was the bartender. He was super nice and friendly obviously having no memory of our prior encounter. He bought me a beer even. Then I didn’t tip him out of spite… It was a bad move and I am still sorry to this day. –@zacharyjumper 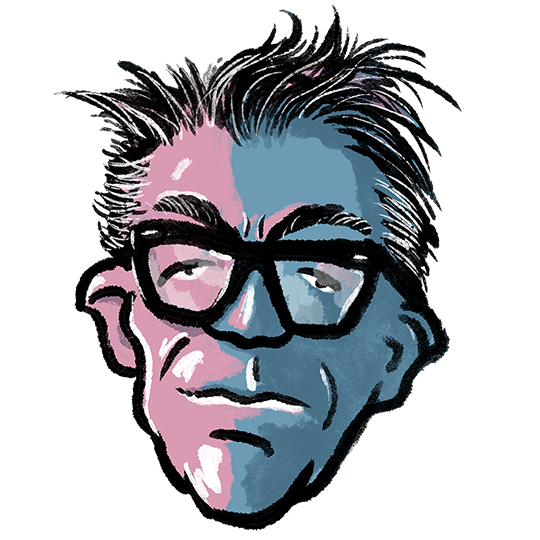 I was at Potrero wearing a Vans Shirt and he said “You ride for Vans?” And I was like “No” and he said without even thinking “THEN WHY THE HELL ARE YOU WEARING A VANS SHIRT?” – @curbdoggie 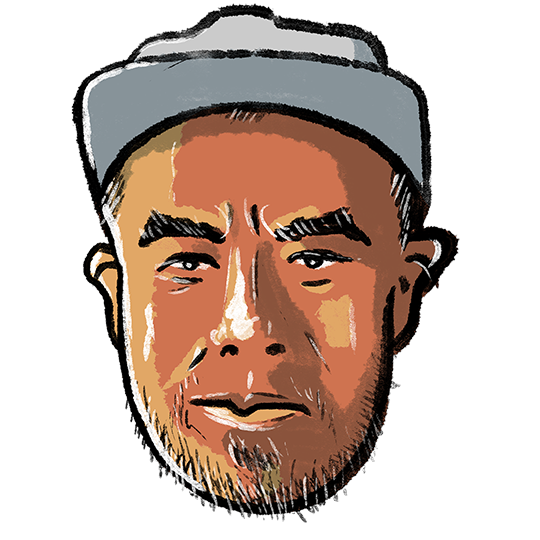 3rd Lair Skatepark in Minneapolis Minnesota. Chocolate/Girl tour. My friends and I kept trying to get a high five from Koston as he skated towards the fun box. He never gave us props, and at one point yelled “WILL YOU FUCKING STOP!” We were maybe 12. Koston has sucked a bag of dicks ever since. – @mpls.geoff 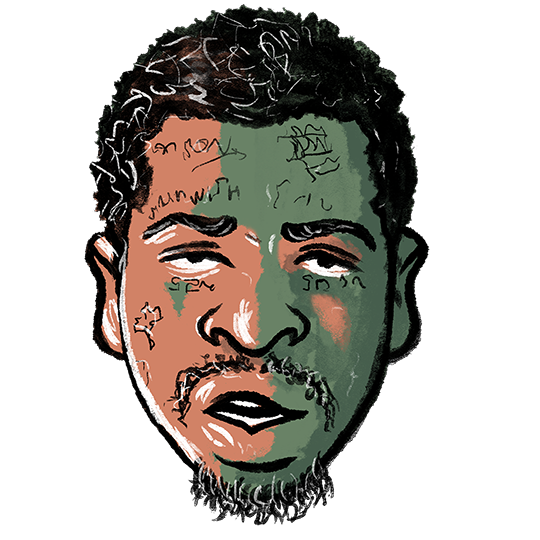 I was working my shift at KCDC [Skateshop] and my buddy called me saying that Antwuan was at Cooper [Skatepark]. I biked over on my break and he was already passed out on the bank so I shot a photo and headed back to work. A couple of hours later Antwuan shows up at KCDC in a really silly/joking mood and proceeds to try and sell customers skateboards. After that, he hung out in front of the shop and kicked it with some kids. All good vibes, as friendly as can be. – @natewastaken

I encountered Antwuan Dixon sleeping on the bank of Cooper Skatepark while I was visiting NYC. He just kept on sleeping although a skateboard hit him every few minutes. After one or two hours, he woke up and didn’t seem to know where he spent the night. He was taller than imagined. – @daavilou

I met Antwuan at North Hollywood park one day and he was super cool, kicking it with us and chatting. At one point he mentioned that he wanted to get another tattoo of something and I said bewildered “Where are you gonna put it?!” He proceeded to lift up his shirt and point to a little spot under his armpit and said “PFFFFT! I GOT ROOM!” I didn’t see any room. – @notshields

When I was like 11 or something, my dad took me to the Crossroads event at Black Box Distribution and I just remember Antwuan being drunk as hell trying to swing a 2×4 at anyone going down the roll in. Also like six year later my friend rolled a blunt for him and he called me an “Android Apple looking ass.” I don’t know what the fuck that even means but I’ll always remember it. – @honkshoe 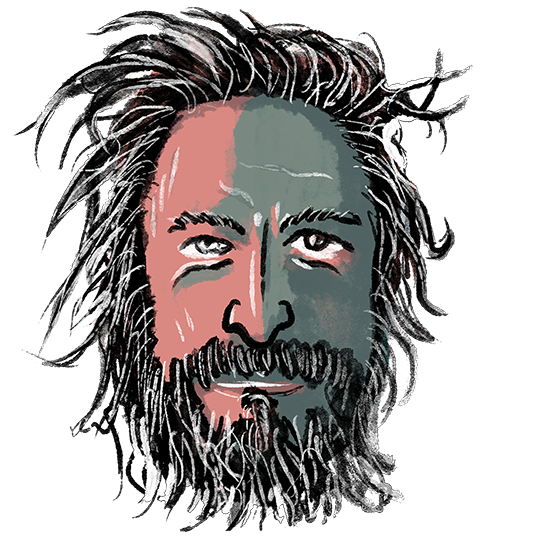 Had the Baker team come through my house for an after-bar close party. Figgy drank beers, put the cap back on, and put them back in the fridge (I think he thought he was stealing them? Nice). Dollin was making fun of people so hard I gave him a bottle of SoCo [Southern Comfort liqueur] to chill him out. He was very content. Atiba and Lenoce were cool as fuck in the kitchen admiring my roommates cooking setup. We played THPS 1 and people kept asking Riley if he plays as his dad. He was bummed. Lizard made some friends in my room and when I came too at 6 AM he was watching me sleep with my homie. He was more blizzard than lizard. Great times but I think it was a once-in-a-lifetime thing. One cop came and saw the Baker van and thought it was cool and left. – @hamoureux

Lizard King approached me at the airport when I was maybe 12 and asked if I skated, and I said yeah. I didn’t even know who he was. he then proceeded to take a Deathwish board out from his bag and handed it to me. He said it was a brand new company his friend has just barely started. To this day it’s still on my wall. Best dude ever. – @nickree_