A LOOK AT SOME OF SKATEBOARDING’S GREATEST DISPLAYS OF FILMING 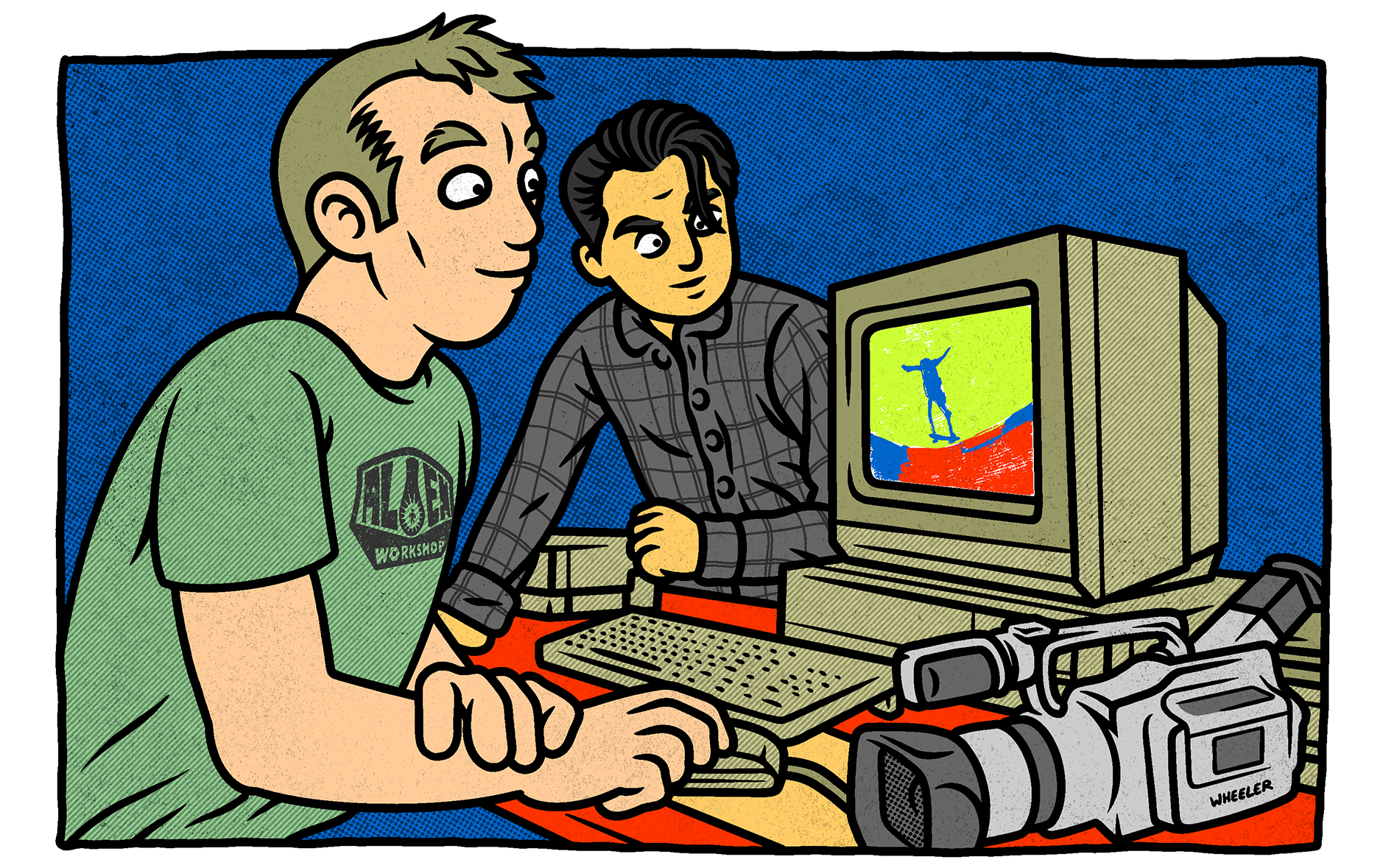 To some skaters out there, filming might seem like a pretty simple task. First, you have to buy a half-decent camera with a fisheye, and then all you really have to do is keep the skater in the frame and make sure the colors aren’t too blown out. Easy, right? Maybe, but when you start to really focus on the technique, you start to see there’s a big difference between the regular Joes and skateboarding’s elite filmers.

To shine some light on the real lens tacticians out there, we’ve compiled a list of some standout maneuvers that filmers have pulled off that others couldn’t (or wouldn’t) for the sake of keeping themselves and their camera safe. Feel free to bitch and moan in the comments about what clips we forgot to include.

Philadelphia is a city of history. From the founding fathers to Rocky Balboa to the DC team, Philly has seen it all.

In the new Sabotage x DC video, Brian Panebianco kicks off his own part by doing a Varial Heel while filming Kevin Bilyeu at Muni. This might be the coolest and most nonchalant thing a filmer has ever done.

This clip was good enough to earn Brian his place in Boil The Ocean’s “Filmers Who Rip on the Board Hall of Fame” and a spot on this list.

Everybody remembers this part because Tom Knox performs some of the smoothest skating on some of the roughest ground. But Jacob Harris’ filming often goes unappreciated. British streets weren’t made to be smooth and they have only become rougher from the constant rain and freezing winters.

I can barely drink water from a bottle while I’m walking because it will either spill all over my face or slosh around in my throat in an uncomfortable way, so I have to give props to Jacob for his perfectly level filming. He must have replaced his wheels with Tonka truck wheels in order to film so cleanly.

Dane Brady – We Blew it at Some Point

Dane Brady manages to do some amazing things with a camera that might go over most viewers’ heads. In this specific clip, Emile Laurent is pushing full speed down four city blocks of red bricks and Dane never loses sight of him.

Emile is one of the few American skaters on the Polar team, but if you say his name with a cheesy french accent he definitely could pass as French. Actually, it also works with a British accent. Go on, try it out. It makes him sound like he is Sherlock Holmes’ mortal enemy.

I used to play Mario Kart and purposely drive backward. I wanted the little yellow man on the cloud to pop up on-screen with his wrong way signs. I was amazed that he was always there and I would try really hard to outsmart him, but I just couldn’t do it.

Chris Gregson is the little yellow guy on the cloud. Somehow, no matter how crazy the terrain gets, Chris is always right behind the skater filming dead on with no camera shake. Hopefully, we will see his character added in the next Mario Kart game. He deserves it.

Honestly, Sour should have never released this clip. It’s one of the few clips where the filmer overshadows the skater. Gustav Tønnesen bombs a hill with one foot on the board while filming with a VX1000. And what does Josef Scott Jatta do? A couple of ollies.

Not to hate on Josef, but if this was the Olympics he would be Nyjah taking 7th place.

To film an almost five-minute line perfectly across some of LA’s most iconic spots must have taken hours and hours for Miles Silvas and Colin Kennedy, which is just about as long as it takes to film a random kid at the skatepark who’s trying to get a clip for his newest Instagram edit. Thankfully this wasn’t edited to a Playboi Carti remix with “Plug” adlibs thrown in after every make like the IG edit would have had.

In my younger days, I enjoyed filming myself jumping into pools on a GoPro. I’m not proud of it but what’s important here is that the GoPro was an indestructible piece of tech that was good for filming anything.

The VX1000, on the other hand, is good for filming nothing. In 2021, almost every VX has something wrong with it, whether it is a chipped fisheye, broken autofocus, or an unskilled filmer behind the lens with a bad taste in music.

So Colin Read using his VX1000 as a GoPro is something else. He completely submerges the camera in the Max Palmer fountains multiple times and then edited the whole video to feel like that one episode of Bojack Horseman.

I am really afraid of rollercoasters. This one time, I went on this rocking pirate ship ride and I screamed so loud that the operator gave me my tickets back. But I’ve never had a problem going on water slides. At least when they have water in them. As safe as they seem, I would still never even consider skating down one.

That’s why I find it extremely impressive that Omar Salazar rode down one in his Mind Field part, but it’s maybe even more impressive that Benny Magliano backed him up to film the line without going into a crack and falling on his face and ruining his camera. Benny manages to perfectly get the clip and defy the fear any normal person would have. We already know Benny can film and direct a brand’s artistic style, but it’s clips like this that make you wonder what else Benny can do on a skateboard.

Sorry, but we just had to include Jacob Harris twice.

Have you ever watched drone racing? I had a phase a few years ago where I was really into watching these techies pretend they’re athletes while they race tiny drones around abandoned warehouses. Each drone has a small camera that streams to a VR headset that allows the “driver” to see where to see steer their steed. Cool, right? A drone racing camera is the only way that I can describe Jacob’s filming here.

He manages to pull closer and farther away from Nik Stain perfectly, putting you into a trance like you were being hypnotized like a magician. Because that is what Jacob Harris is. He is a magician with a camera, a skateboard, and some sick friends.