THE FUTURE OF ASIAN SKATE SPOTS WITH PROFESSOR MCDUIE-RA 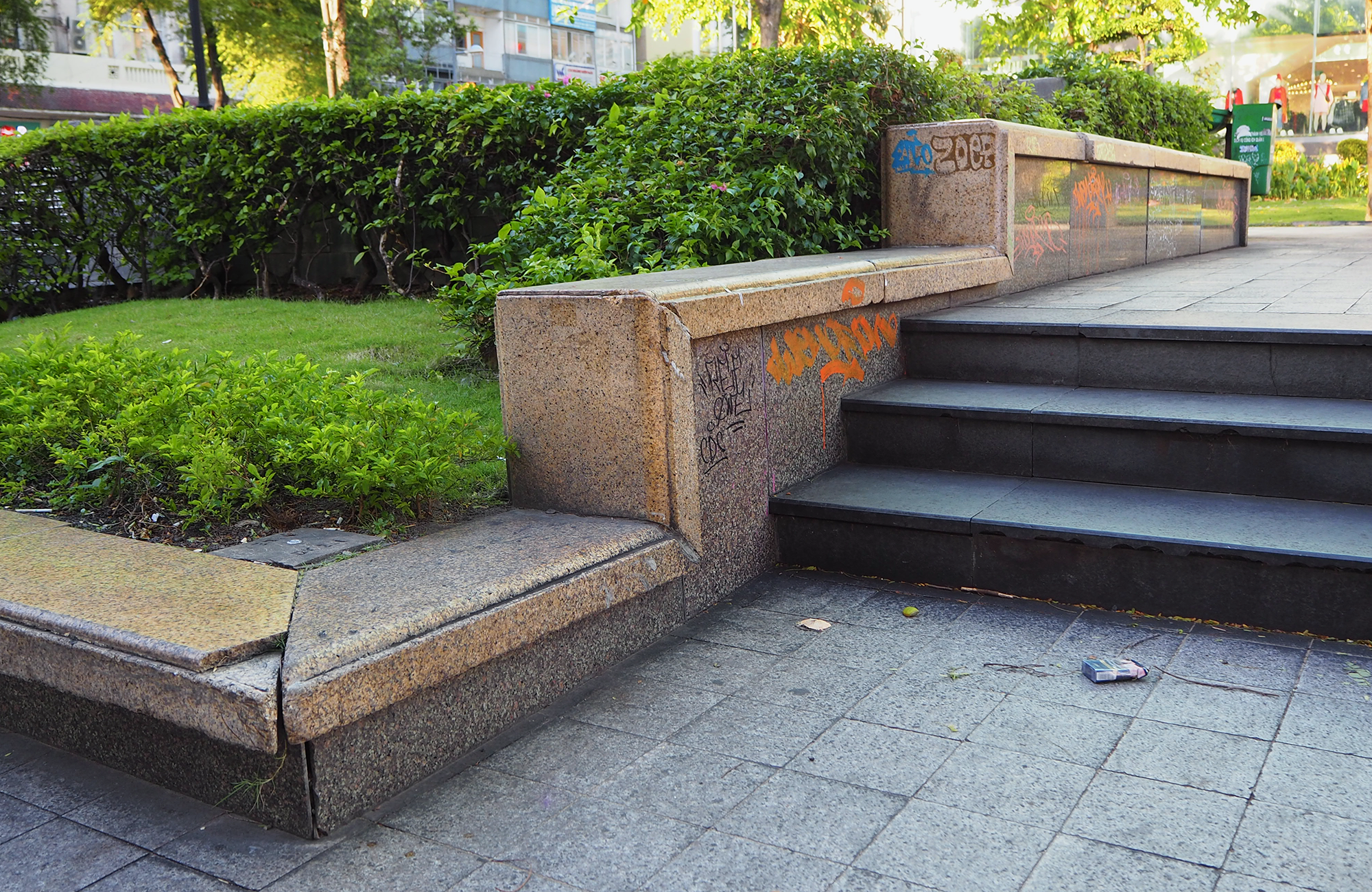 While we often brag about the way skateboarders see urban landscapes, the conversation is rarely expanded on. Sure, the skater’s gaze is unique, but what can we do with this power?

This is where Duncan McDuie-Ra comes in. Duncan is a professor of Urban Sociology at The University of Newcastle, but more importantly, he’s a skateboarder. Duncan recently published Skateboarding and Urban Landscapes in Asia: Endless Spots, and has another book coming soon titled Skateboarding Video: Archiving the City from Below.

To learn more about his research, we sat down with Duncan to discuss what the skater’s gaze means for urban studies in Asia and the research he’s been working on for his forthcoming book.

As a skateboarder from suburban Australia, what drew you to urban research in Asia?
I began my research in Asia because of the region’s dynamism. It’s always changing and the cities are really different from one another. The future of urban life is in Asia.

What do you mean when you say “the future of urban life is in Asia?”
Stats show that Asia holds the most urban dwellers in the world and that there is still plenty of growth. China attracted skaters through the 2000s because its urban growth was so infrastructure-heavy. This includes “ghost cities,” where the infrastructure was built in anticipation of urban population growth that was slow to come. And the scale is unlike anything else in human history. Skaters were drawn to Shenzhen, Guangzhou, Foshan, Nanjing, and Shanghai, but there are dozens of other cities that have experienced rapid expansion in size and have a form that produces spots. So even though China’s spots are somewhat “played out” in skate video and culture, it is just a tiny sample of the spots that are out there.

What’s holding people back from moving to these ghost cities and living their best skate life?
You can move there. You need a proxy [or landlord] and can sub-lease from them. Buying is a bit more tricky, you’ll have to live and work there for a while, but keep your proxy on your good side and you could cut a deal.

A skate house is possible, but I’d advise against going full Emerica Mansion. Ghost cities are filling up, especially Ordos/Kangbashi. You can probably still have most of the Yujaipu Financial District outside Tianjin to yourself. You’ll have to move fast though, with the Evergrande collapse the market might get a bit wild. 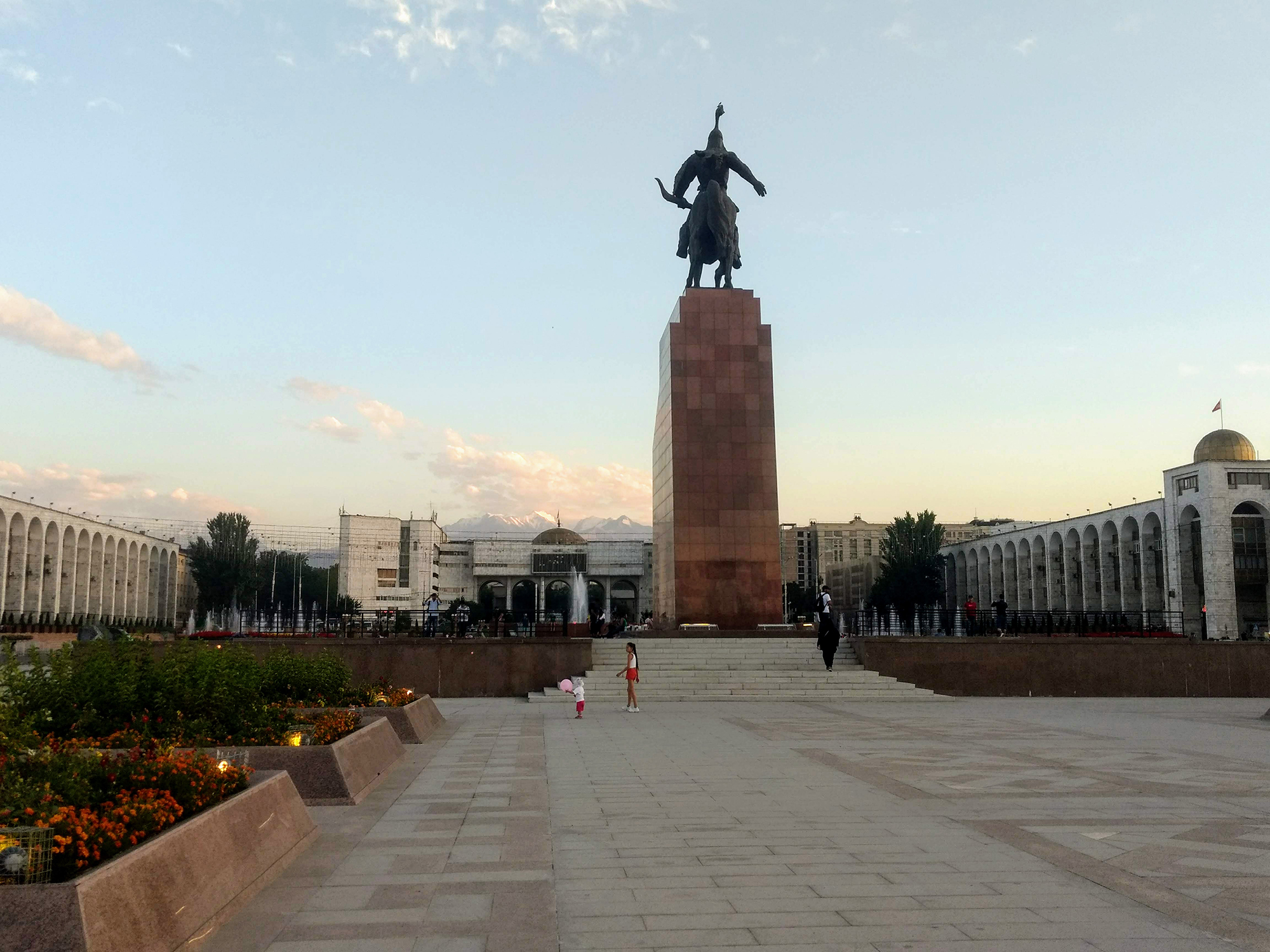 Why did you choose to focus specifically on spots?
A big part of this project is making the point that skaters have a form of urban knowledge that no one else really has, and this is true for skaters all over the world. In places where there are lots of famous spots, like in big American cities, you’re focused on things that have cultural capital. In San Francisco, you focus on China Banks, Pier 7, EMB. But sometimes you go to a place where you don’t know if there are spots and it forces you to map the skater version of the city from scratch.

Are there any particular Asian cities, skaters, or companies that we should look out for?
I think Thailand is a skate culture that is at a perfect age. The level of skating is really high, there are Thai skaters with international recognition, but they’ve also got strong local companies. I really like the videos that come out of Thailand. Preduce Skateboards make really cool videos, and they seem to have fun. Great filming, music, edits. It’s a great example of a local scene that’s comparable to the rest of the world.

It’s always interesting to me in Koston’s part in Menikmati that he says he didn’t see any skaters in Bangkok. It’s only five years later that we see the first Preduce video. It’s not like a scene developed in five years good enough to have this incredible video, it was just less visible. This is no longer the case.

“A big part of this project is making the point that skaters have a form of urban knowledge that no one else really has.”

What’s the best way to become familiar with a scene you know nothing about?
The best thing to do is find a skate shop in a city you’re in and ask about local spots; it works in any language. Skaters in shops would draw maps, put pins into online maps, write down addresses on scraps of paper. I’d always try to buy something to reciprocate for the knowledge exchange. I have a huge collection of skate shop T-shirts from Kathmandu to Ho Chi Minh City. There are also online spot maps floating around the internet everywhere.

There’s a Shanghai spot map I talk about in the book, that was created by Erik Thorbeck. I found it fascinating because it’s a way of doing urban geography, but for the purposes of misusing property. It’s color-coded for stairs and plazas and so on. What I like about it is that it has this other information, like “almost never” or “big bust” so it’s not just about the material fragments, it’s about the social world of each spot. 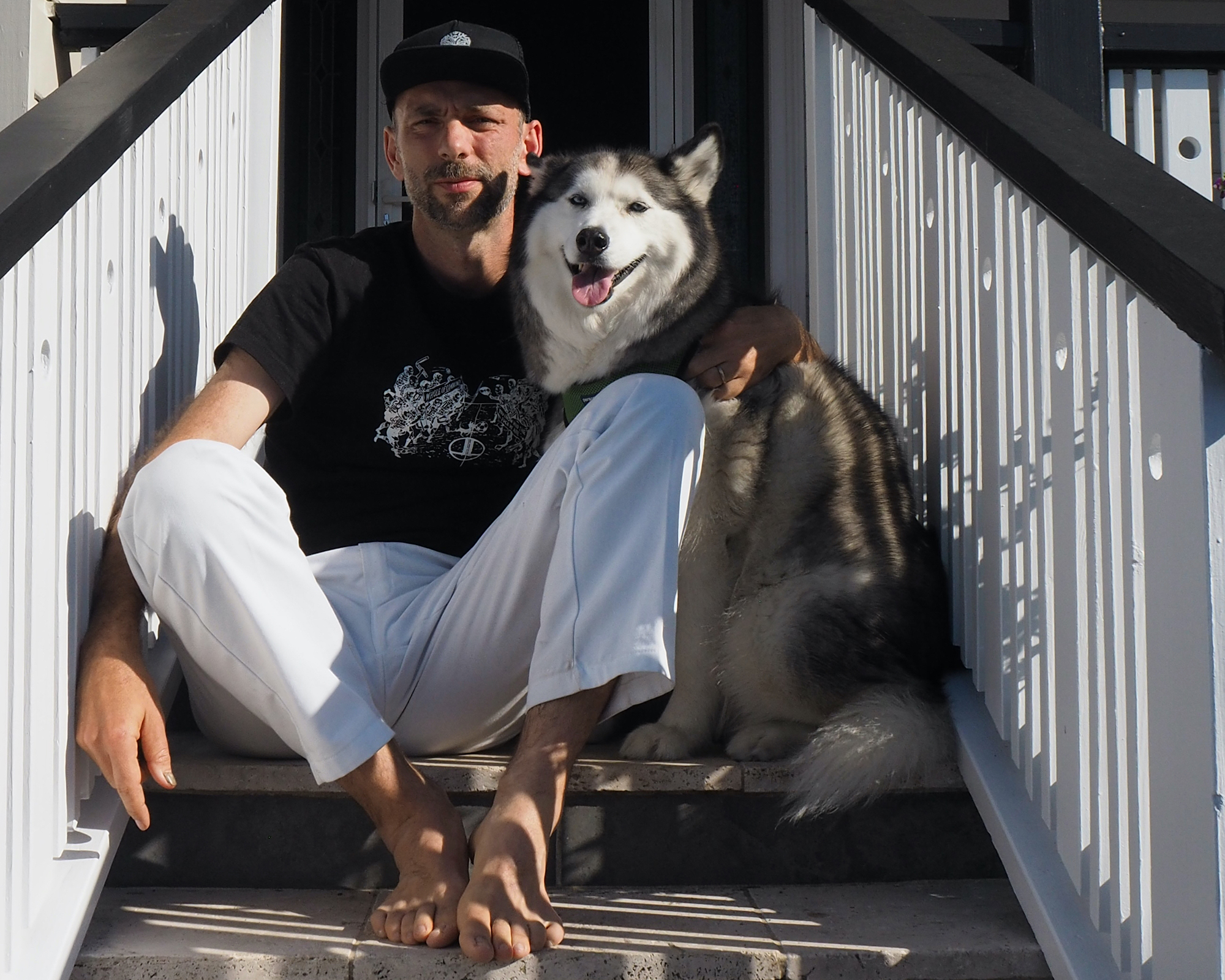 Do you think skaters need to be more aware of the spots they are skating when they are in foreign countries?
Academics will be like, “That’s culturally inappropriate,” but culture is not that pristine and fragile. You see Sean Malto skating in India in Gurus of the Ganges back in 2013. He is fascinated by India, India is fascinated by him. This group crowd around him as he tries to skate this blue rail. Everyone is getting something out of that encounter.

It’s too simple to beat up on skaters as culturally insensitive. It’s also too simple to say they’re so cosmopolitan and just by skating somewhere, they understand the culture. Some skaters just chug a beer and try something and then go off to their hotel, but most are out there exploring, meeting people, meeting other skaters, and this shapes the way they see other places and cultures. In an age filled with misinformation, being out in the streets and engaging with people is an old, but powerful way to break boundaries. Or, at least, realize the boundaries between peoples are minor, to begin with.

“In an age filled with misinformation, being out in the streets and engaging with people is an old, but powerful way to break boundaries.”

How significant will China be for skate culture in the future?
The speed of its urban development means that new spots are being created all the time. I became fascinated by the hyperbole with which China’s urbanization was described, both in academic work and in popular work. “China has used more concrete in ten years than America has in all of the twentieth century,” and that kind of thing, which is very real.

In recent years there has been fatigue toward these perfect spots and the seeming ease of the footage from China. I think that the period of seeing China’s cities spliced into almost every video part is well and truly over.

China is going to be way more important in the next decade as a market for skateboards rather than a place to get footage. More teams are going to visit to do demos and push product rather than film. That also coincides with a stronger local scene, too. You are likely to see more edits like Chickity China from Girl and Chocolate where there are demos, hanging out, a few tricks, some encounters, and a visit to the factory – very different from Pretty Sweet or Fully Flared, where some of the best tricks were captured in China’s cities. 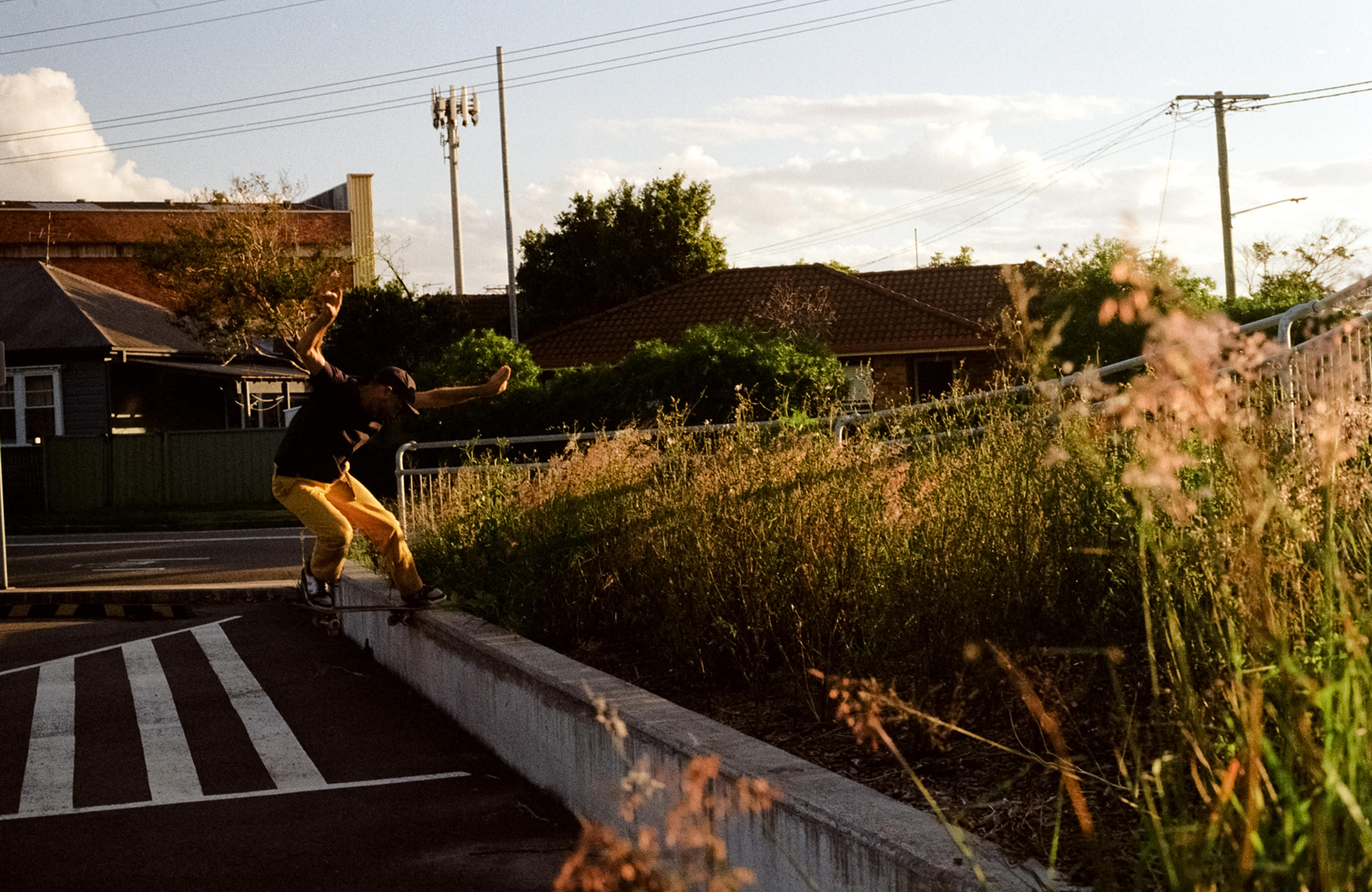 Do you identify more with professors and academics or skateboarders?
Skateboarders. It’s not even close. But now I have started to bring these worlds together. I have met other great people around the world doing the same. Turns out universities are hotbeds of incognito skaters. Do a sticker-toss in any university campus and watch who dives and scraps for that orange Western Edition logo sticker. It won’t be students.

I worked at a different university in Sydney from 2004-2018 and the biggest trip was seeing the campus in skate videos; Jack O’Grady, Jake Hayes, Rowan Davis have all skated it.

Do you think Academia tries too hard to be involved with skating?
Academia tries too hard to be involved with everything, skating too. I am surprised there are not more academics studying skateboarding because it can teach us so many things. Then again, I get defensive and suspicious when people write about skating who might not skate or not have skated in the past. Then I wonder if people think that about me, so I make sure to wear shoes with holes in them at all times. I fudged my way through a couple of decades researching cities by drawing on what skateboarding taught me while keeping it a secret because I thought people wouldn’t take me seriously. It’s different now, hence the surge.

“Academia tries too hard to be involved with everything, skating too.”

What have you learned from studying Asian spots and the scene so closely?
The study helps to shine a light on the proliferation of spots across Asia, including places skaters know about and places skaters haven’t thought about. In turn, that draws attention to the filmers and skaters at these spots who put out great content. Skateboarding is undergoing a long journey of de-centering away from the US (and Europe and Australia), and proliferating into lots of different hubs. Asia has hubs and it has emerging spots and cities too. Hopefully, the book puts these into our collective imagination of the skate universe. 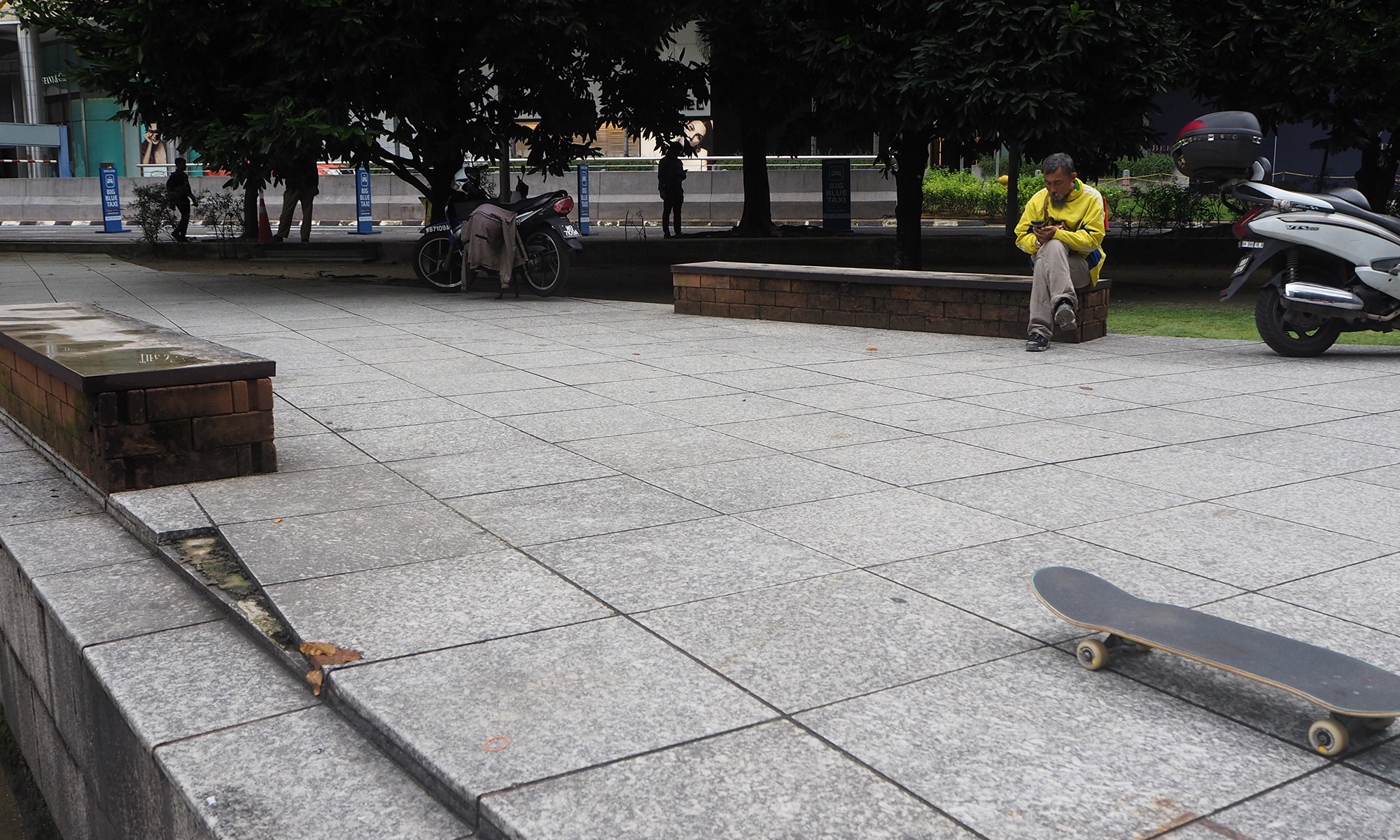 Due to the Olympics, some places in Asia – like parts of China – presumably “understand” skating more now. Has the relationship between security and skaters changed? Is street skating more lenient?
The Olympics encourages governments in Asia to invest more in public skate parks, to tolerate DIYs being built, and–in the big economies like Japan and China–to create a program to develop super athletes. The relationship with security has changed. It gives skaters some more leverage to ask for more time, more tries because they are training for the Olympics. Then again, the response of security is probably to go and do it in the skate park. Or the ghost city.

Do you think China would ever build a city, like a giant Street League course, just for skateboarding?
I assume there is already one. I look for it all the time. Get on Google Earth and scroll west of Zhengzhou. Do you see what I see?

Interview by: Jenkem staff with additional help from James Turvey
Photos courtesy of: Duncan McDuie-Ra
Buy Skateboarding and Urban Landscapes in Asia: Endless Spots today!
Share this with a fart sniffer on Facebook
Report this as incredibly smug on Instagram and Twitter