AN HOMAGE TO SKATERS WHO ARE AGING LIKE FINE WINE 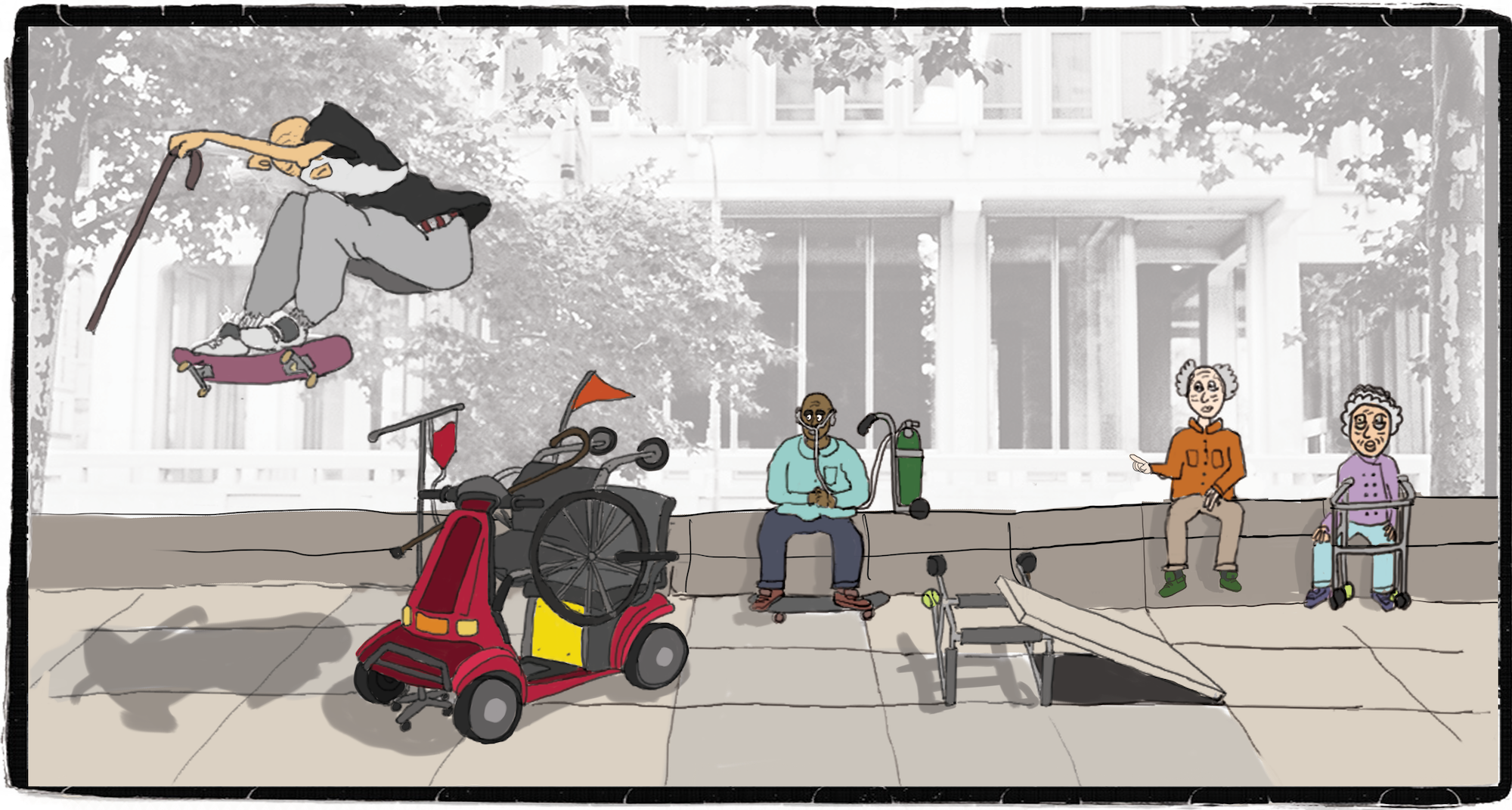 In December last year, Josh Kalis posted four minutes of him skating a DIY spot that, at age 44, sits alongside any part he’s ever released. A couple of months ago, Ray Barbee made a surprise announcement and got on Krooked. And just before my knee gave out, I landed my first switch frontside crooked grind in my early 40s.

Arthritis may be kicking in, but older skaters are ripping harder than ever and contributing some class and relatability to the great big stinky patchwork quilt that is skateboarding.

Here are just a few old geezers who have been putting in work as of late that we felt deserved a head nod.

Age: 46
First Video Appearance: Heroin Skateboards Everythings Going To Be Alright (2002)
Most Recent Notable Appearances: This line
Signature moves: Gangster no complies, pink shirts
What’s his secret? “There have definitely been times where I’ve doubted the authenticity of being defined as a skateboarder for my whole life but I’ve embraced the fact that it’s great to have found a passion in a world full of apparently lost folk. I guess if you find something you feel really strongly about, you should pursue it to the nth degree.”

Age: 45
First Video Appearance: World Industries’ Love Child (1992)
Most Recent Notable Appearances: Daewon’s Instagram has been packed with heat like this.
Signature moves: Blunt slappie three wheel reacharound judo air fakie manual flip out
What’s his secret?: “The secret is eating a lot of sweets and drinking good beer! If you’re having fun and around good people, that keeps you motivated and you can go on forever.”

Age: 52
First Video Appearance: According to his Wikipedia it’s Sure-Grip Beach Style (1985) but Mondo Vision came out in ‘89
Most Recent Notable Appearances: Bill Strobeck’s Instagram and Gonz’s YouTube channel
Signature move: Bending the laws of physics
What’s his secret?: “I do the tricks, not you!”

Disclaimer: I left off a bunch of the best skaters to have ever lived who obviously still kill it, but are holding back footage for their 2021 comeback part. I’m looking at you, Guy, Julien, and Gino.