TALES FROM THE EMERICA MANSION 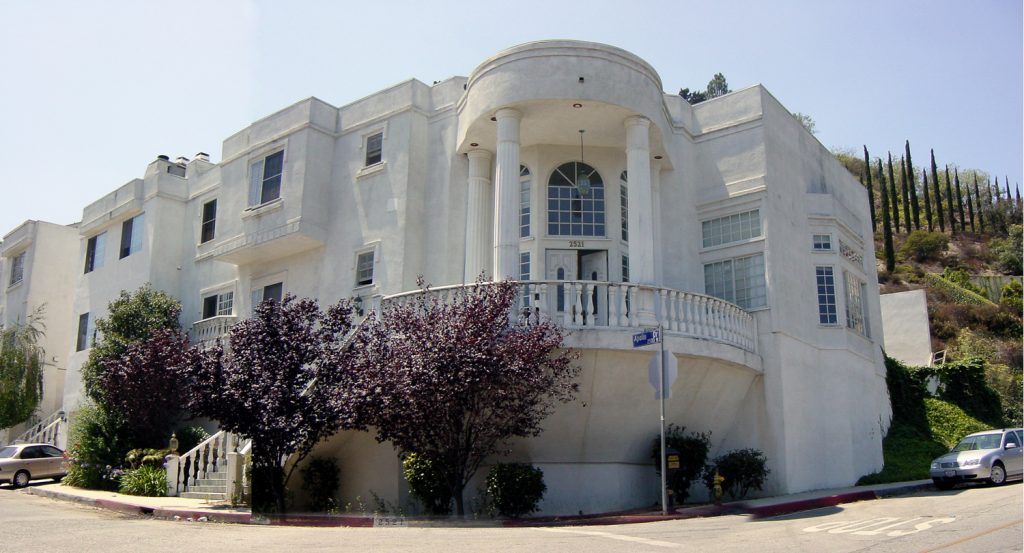 Welcome to This Is Skateboarding week, the one week in your entire life where you can wallow in a nostalgic skate video with a purpose.

Emerica’s This Is Skateboarding is 15 years old this year (which in some states is old enough to get married), and for the rest of this week we’re fucking up the site with interviews, hidden videos, and lots of embarrassing photos. We also turned stuff green to get you in the mood.

The first feature is all about the Emerica mansion. As a kid, the mansion felt like a fantasy. Tony Hawk had already occupied the dorky mainstream skate fame and Chad Muska had shown off the grimier luxury of grinding on C(h)adillacs, but the Emerica mansion brought dirtbag skate rat immaturity to a level that wouldn’t be outdone until Nyjah Huston started throwing parties a decade later.

Justin Regan, who managed the Emerica team at the time, gave me the full story of how the house came to be and what kind of illicit activities went down there (like an entire room dedicated to smoking weed and practicing graffiti). No skate team will probably be able to afford a mansion again, but thankfully we have this larger than life one to look back on. 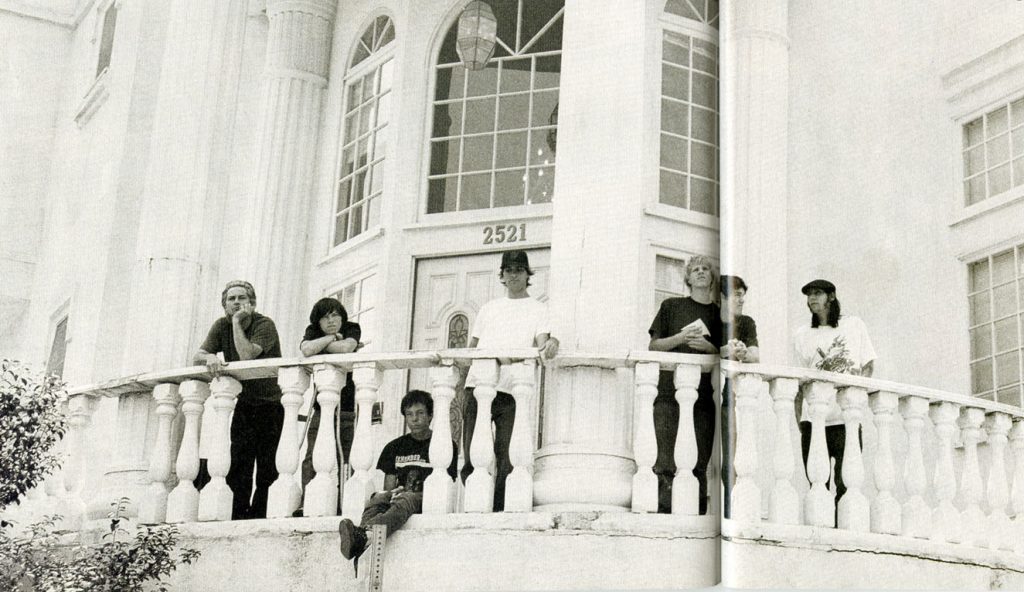 What was the vibe of living in the Emerica mansion? Was it a constant party or just a nicer skate house?
There were people coming in and raging all the time. The house was big enough to take it, you could have people partying on one side of the house and not really know about it on the other side. Jim got sober around the time we were living in the house and Andrew got sober I wanna say right after, so this was right at the worst part of their drinking and using careers. This would be in the Piss Drunx down slope, right before everybody crashed and had to get sober.

So were the Piss Drunx bringing random alcoholics and addicts over to the house?
It was always skaters or skate related people. But the behavior had gotten worse. I was sober for a year by the time we moved in so I set some pretty strict ground rules on what to do in the house. Most of the really bad behavior, people were hiding from me, which is a good thing. But I would hear about it and then I would have sit downs with people. Andrew mainly, this was when he was at his worst.

By bad behavior you mean bringing in hard drugs?
Exactly. The big problem at that time was people smoking crack. 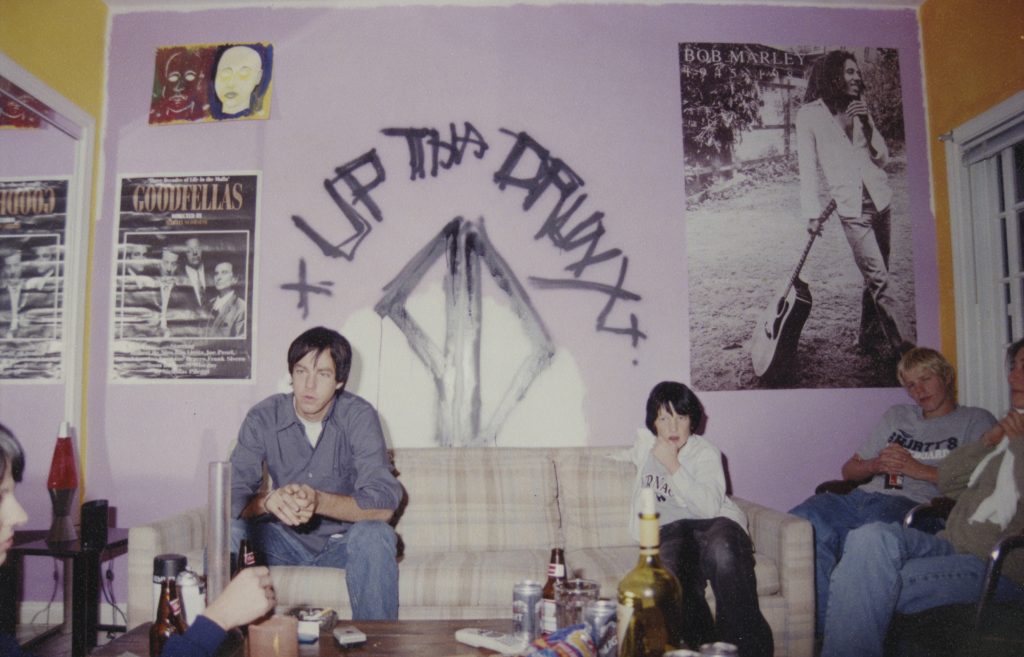 Why did you get the mansion, just because you wanted to ball out?
That was a way to organize the main group of skaters working on This Is Skateboarding. A lot of those guys had obligations for their board sponsors and everything else so to ask them to do a video for their shoe sponsor, we kind of needed to capture their attention for the duration of that process. The idea of living together in the same house was a result of just trying to get everyone focused on a common goal for that period of time.

It all seemed to make sense that with the company behind us we could do something bigger and special. There were a couple of people looking for a spot together so at some point I realized if we all got together we could look at a really big spot. I had friends that were in bands, and music labels in LA back in the day would find these old run-down mansions and the entire band could live in the mansion while they were recording. I was thinking we could do it too.

How did you find the mansion you ended up renting?
There was a website called Westside rentals. You could search for all the properties in the greater Hollywood / LA area and I would look for the most rooms with the cheapest rent. We rented from a private owner that was super shady. He didn’t care what we did to the place because it wasn’t in the best condition. It looked good from far, but it was far from good when you got up close. The previous renters were some club promoters so everybody on the street hated the house.

We videotaped every corner of the house so that when we left we would have evidence of the condition it was in when we got it. It was a huge deposit, like $12,000. The rent was $6,000 a month, which wasn’t bad when you’re splitting it 12 ways. Sole Tech chipped in a small amount, like $1,500, the rest of the rent was like $500 a person. Erik [Ellington] and his wife at the time lived in the master bedroom upstairs so he paid two peoples’ rent. Andrew and Heath had their own rooms. My wife and I had a room downstairs so we paid more as a couple.

One room was the kids room and it was typically Spanky and Herman living there. Then there was a stoner room which we used to quarantine all the bad behavior we knew was going to happen. That was the room for smoking weed and we let people spray paint in that room. It was the most popular room in the house. 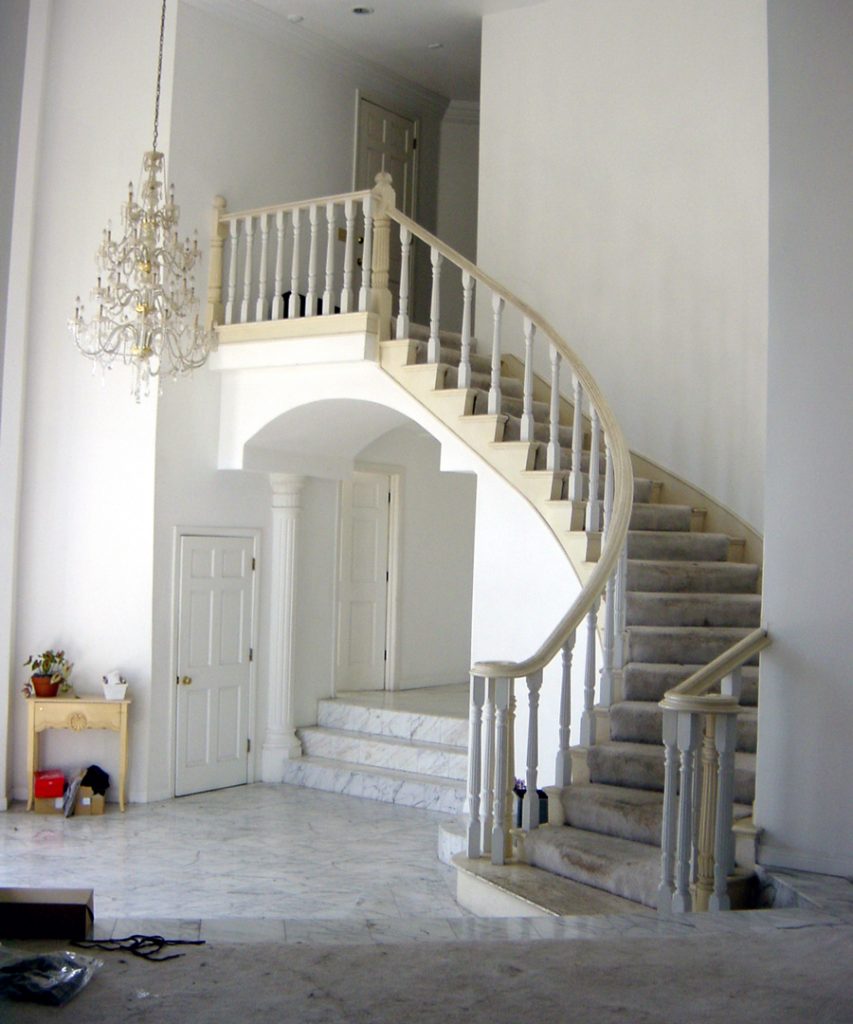 Did you skate throughout the house?
We had to make rules to not skate in the house and people would only break them sparingly. Andrew was allowed to skate in the house if we were taking a picture or filming something or just a trick or two down the three-stair. There was never a session in the house because if the board flung out or if the marble started to crack we were worried we’d have to pay for it. But Andrew would land everything bolts so he got a pass.

We had a rad setup in the backyard. One time Alexis [Sablone] and PJ [Ladd] were at the house playing a game of skate on the faltbar and she beat PJ Ladd. It was either right before or after [PJ Ladd’s] Wonderful, Horrible, Life came out and it was so rad when she beat him.

Did you get along with your neighbors?
No, they hated the house. Erik made an above-ground swimming pool and it pretty quickly turned into a mosquito breeding ground. The one good thing about the landlord being so shady was that if the neighbors tried reaching out to him he was unreachable. We were lucky to have a slumlord as our landlord. If it’s a skate house, that’s a benefit. 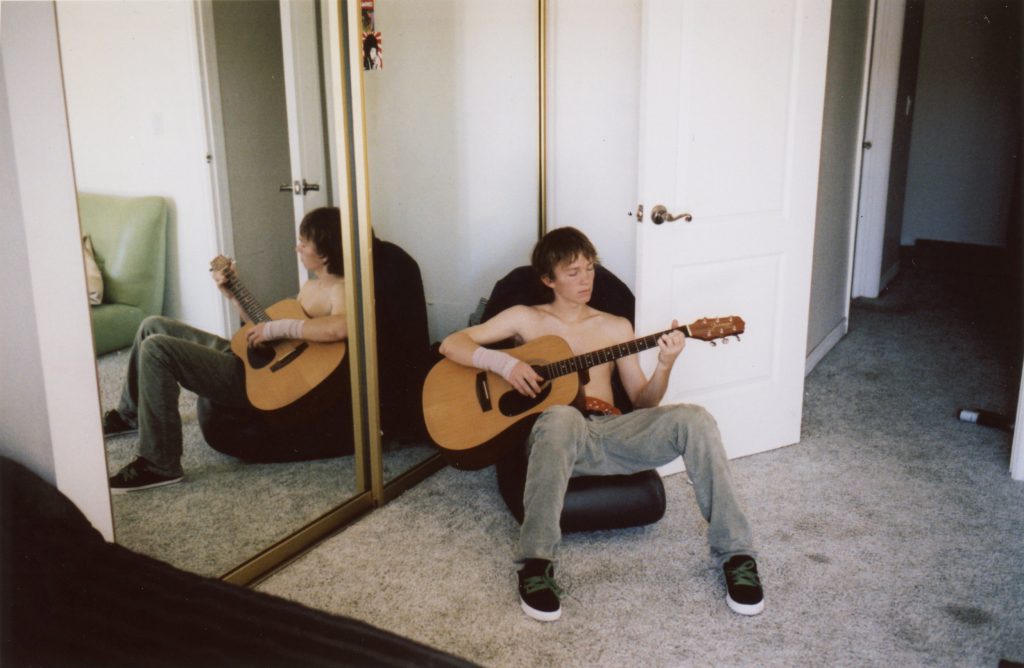 Did you keep in touch with Spanky or Bryan Herman’s parents when they stayed over, just to let them know where their kids were?
Not really. Bryan basically moved in. He had been in and out of juvie because he was kind of on his own at a young age anyways. I forget what it’s called when you get picked up for not being in school on a school day, because that’s against the law. Spanky would stay for weeks at a time and we knew his parents, they would come over. I talk about Andrew and Jim and the partying, but because everybody had to keep it a secret it really wasn’t in the face of any of the kids. It was a dirty secret that the older people would fight about. But drinking was out in the open. People passed out, that was common.

Did the kids ever bring homework to the mansion?
[laughs] No. I don’t think any of them were in school. I’m trying to think if anyone was doing homeschooling. No, I don’t even think Leo was in school.

Did you see any celebrities in the neighborhood?
I thought we would be surrounded by a ton of celebrities but it turned out to be mostly lawyers and industry people. If you looked across the canyon and saw the houses people would be like, “That’s Britney Spears’ house.” But we were in the area with rich movie industry people. 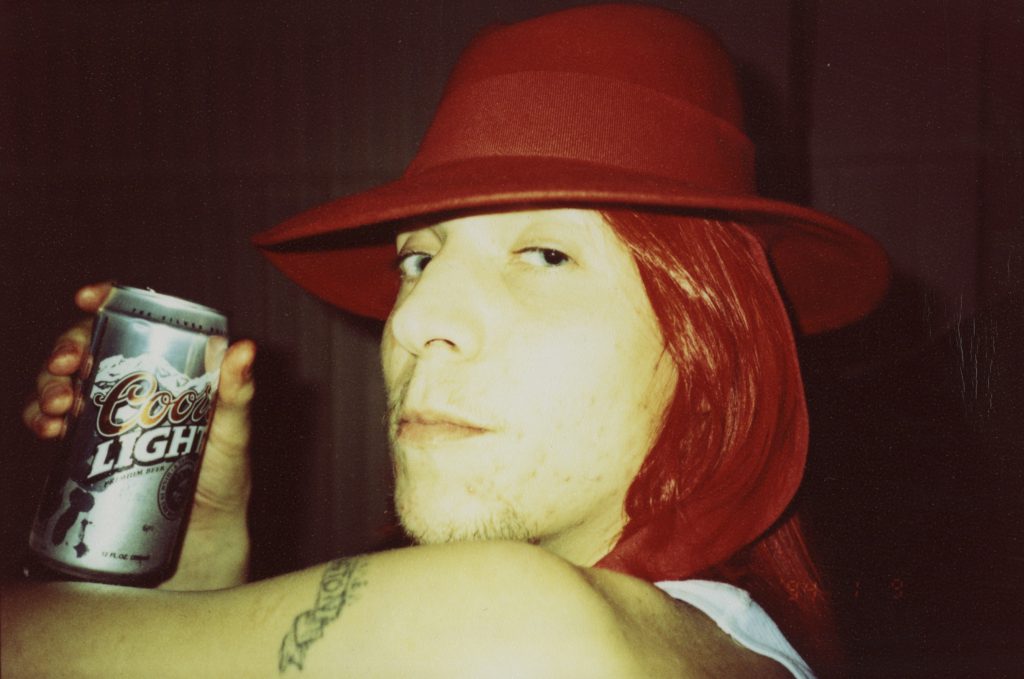 Were there any new things you learned about your roommates through living with them, like bad habits or weird daily routines?
I definitely realized how much of a recluse Heath is. He would come down from his room once or twice a day to make a frozen pizza and then disappear. He was a ghost. He’s the best roommate that you could possibly have because you’ll never know he’s there.

With Andrew, we got to know each other more personally. We were having conversations about his drinking and using because he was reaching the end of that, and at that time Jim was getting sober so there’s a lot of good constructive learning moments we were able to have.

Miner [filmer for TIS] was such a huge stoner at that time. He was held up in his bedroom a lot while he was editing. I think he would get stoned out of his mind in there. I look at photos of him from back then and he’s not even recognizable. He’s so skinny. He was smoking so much pot that when he stopped smoking his body almost shut down. He was in the hospital for a week. They realized that he was having all these stomach problems which he was masking with heavy weed intake. 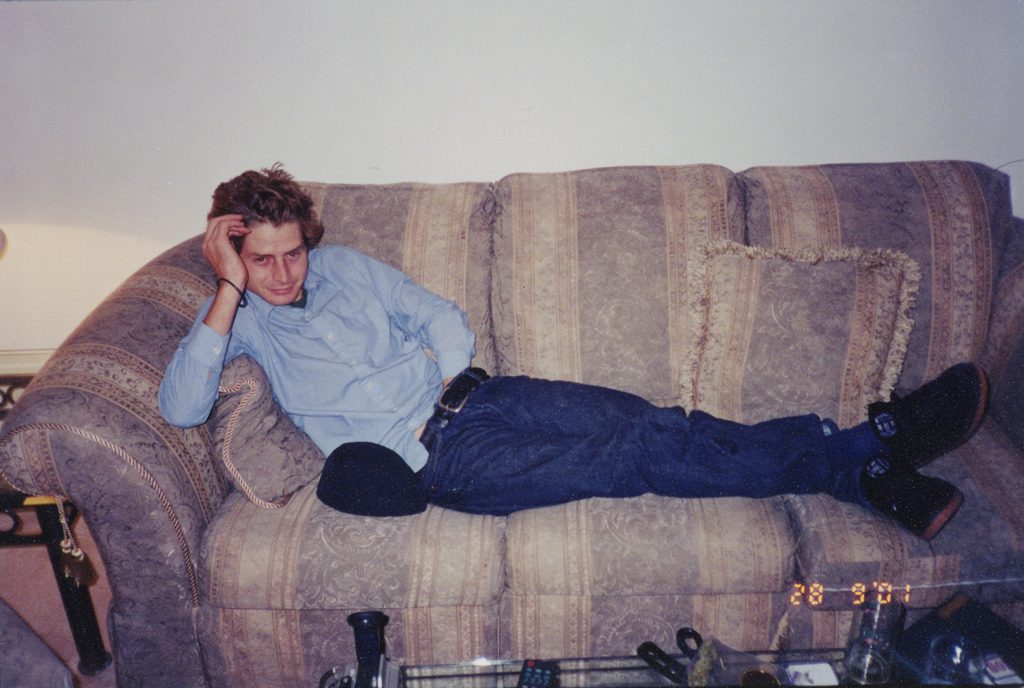 How long did you stay in the mansion?
The whole time was no more than two or three years.

Do you know what happened to the house after you guys left?
No, but we ended up not getting our deposit back. We left it in not bad condition. We had one room that we definitely spray painted but it just takes a bunch of coats of paint to cover that up. I sued the landlord to get our deposit back and won, so the guy still owes us, but we’ll probably never get it back. The dude was so sketchy. I think he lived in Egypt most of the time.

I found the house online and it looks like someone’s been trying to sell it since about 2003.
There should be a lien on that property and maybe that’s what’s keeping it from selling. Or it could be that the house is falling down the hillside. It has those Romanesque white columns but the columns are crumbling, I wouldn’t be surprised if there’s major foundational problems with that house by now.

It really did galvanize the team and bring our focus together for This Is Skateboarding. So I would say it did its job. So much so that when we started working on Stay Gold we found another big house, but not a mansion. The housing market took all these crusty old mansions offline ’cause investors could fix them up and flip them for a profit. 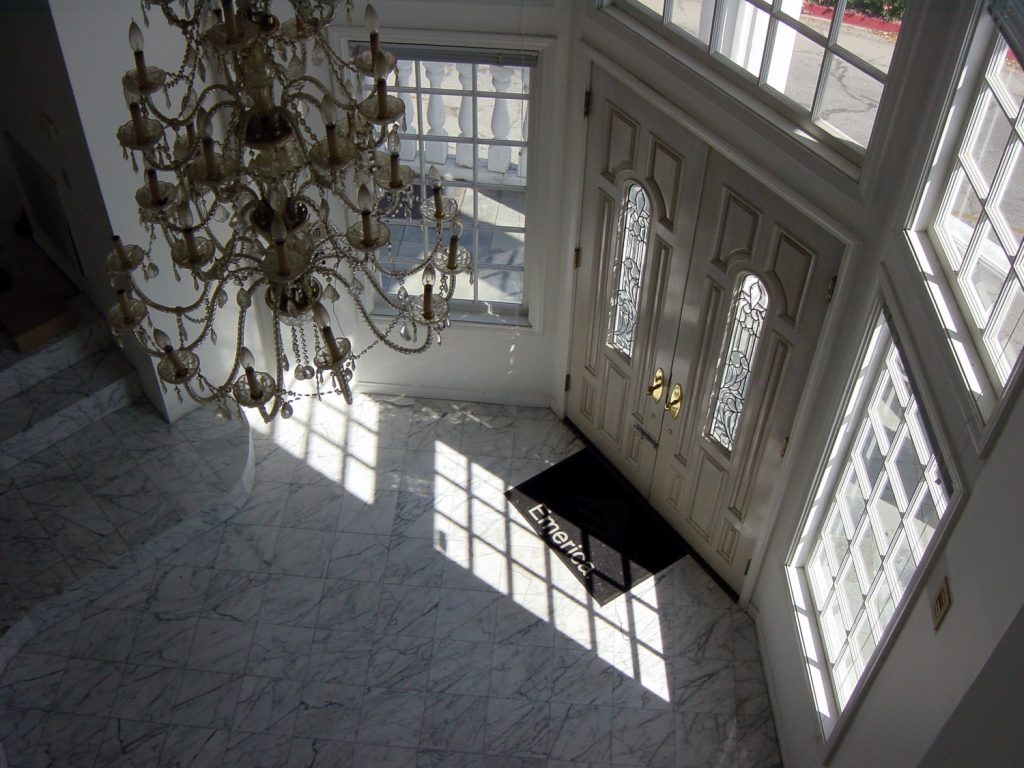 It says something about everyone’s relationship that you could live with each other for that long. Not every skate team could live together for a year or two.
Especially big teams where there’s people that don’t even know each other on the same team. It wasn’t like that with this crew. Every person respected everyone else. It was only once in a while when people were drunk that they would overstep a line here and there. But considering, it wasn’t that bad.