Welcome back to “Okay, Last Try”. Elise and I are happy to announce that we will be filming our episodes and releasing them as videos now! For the first video episode, we were lucky enough to catch up with Eunice Chang while she was visiting New York from her hometown of Los Angeles.

If you’re not familiar with Eunice, she is a model, actress, and a member of The Worble skate team. You may have seen her in Worble III – which Elise and I may or may not have roasted in a prior episode.

We talked about which skaters are the hottest, who Eunice and Elise can beat up, and the morals of being a skater and a model.

You can find every episode on Spotify, Soundcloud, or Apple Podcasts. Give it a listen and a review if you have any thoughts. Let us know if we should cancel ourselves or not. 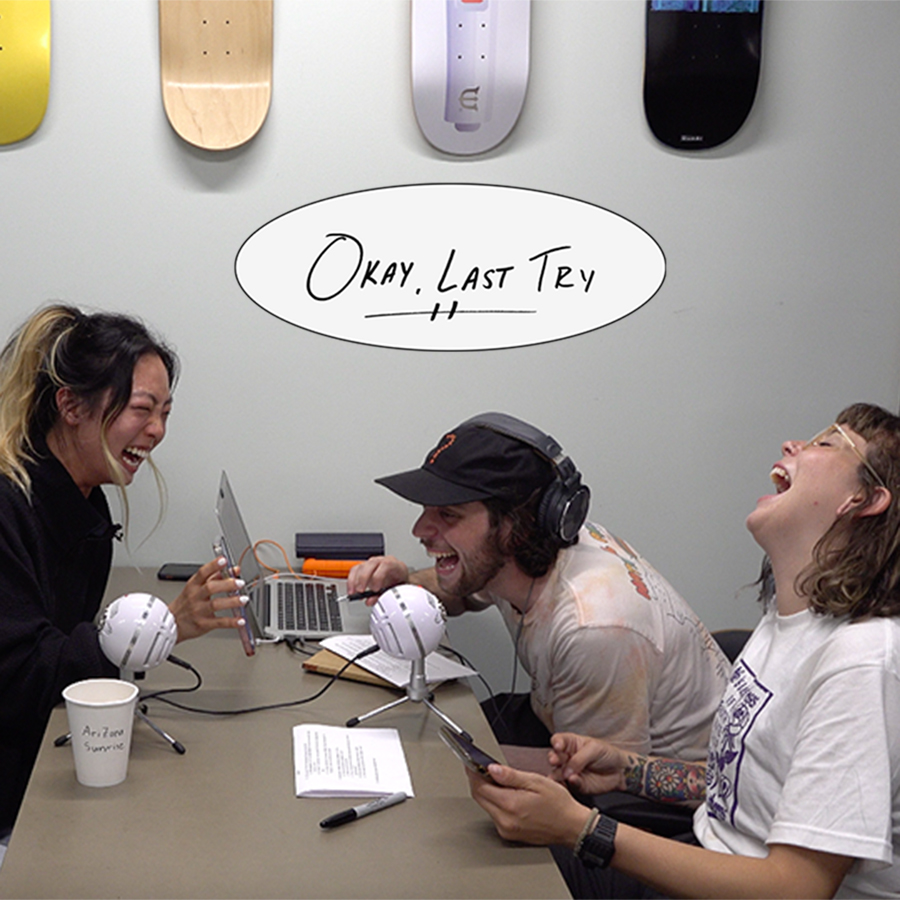