There are a handful of things in skating that are considered dying tropes; The VX1000, voyeur footage of random homeless people, security guard fights. Somewhere on that list is shooting b-roll for your homie video on 16mm film and interspersing it your artsy homie’s part, just to really nail home that they “have an artistic approach to skateboarding.”

But for every 10+ filmers who basically burn money doing this, there is one that does it right, reminding us why so many people go for it in the first place.

Matt Payne was one of those who did it right, and he completely surprised us when he sent over this hybrid video part/lifestyle video of Tom Karangelov shot entirely on 16mm film. Unlike all the other 16mm fluff we see out there, this is actually filled with good, usable footage with amazingly vibrant colors and beautifully framed shots. Nothing digital here.

Anyone that has ever shot on film knows how much time goes into developing, editing, sound designing, and so on, so we hit up Matt to get some backstory on what drove him to take on such a daunting (and expensive!) art project. 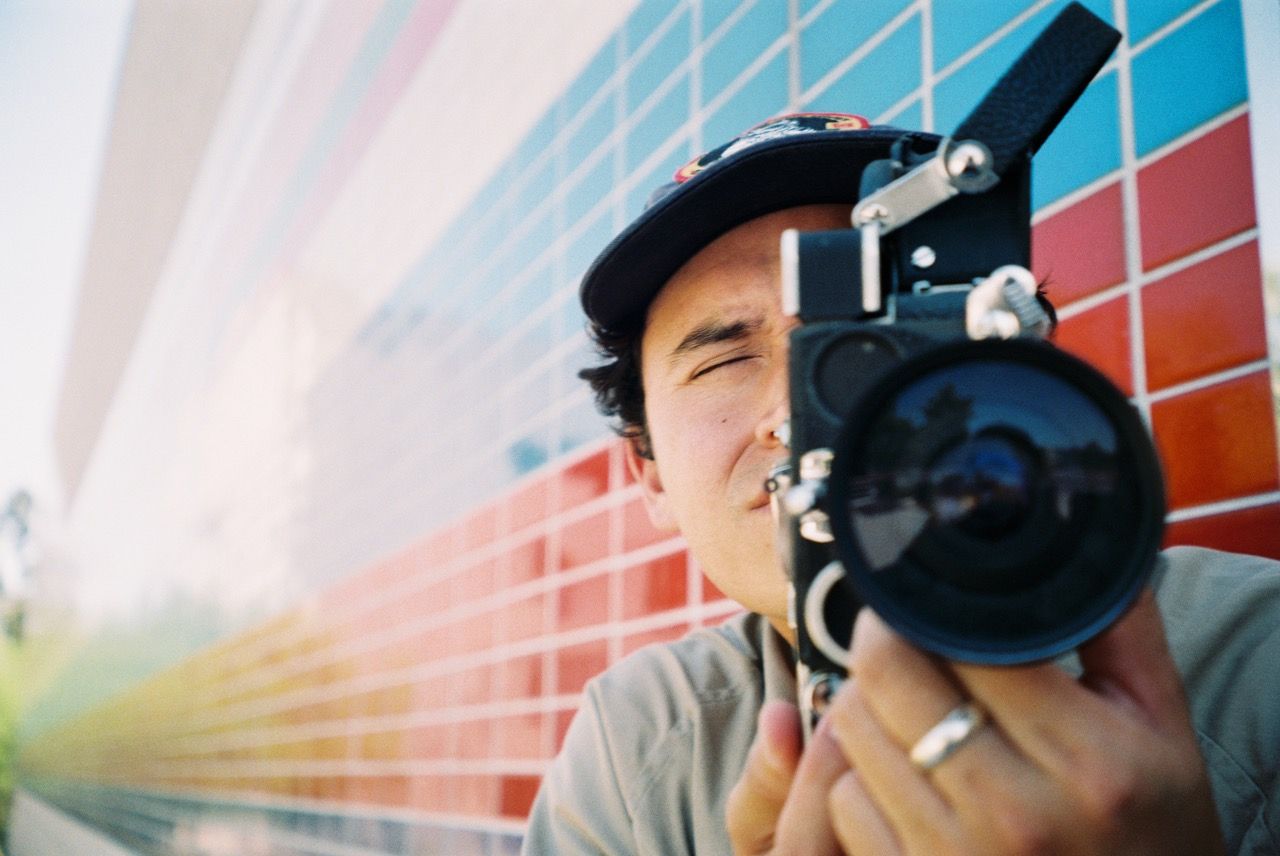 How much did u guys spend on 16mm film to make this?
Not that much! Tom lands everything first try!

Just kidding, it was expensive and when we rolled on a trick we really had to make it count.

But we made this project on the side over a couple of years and got some deals with Kodak / Pro8mm so it didn’t hurt my wallet all at once. And I may or may not have used it as a tax write-off and sold some b-roll.

How do we know you didn’t just film this all on iPhone and use a 16mm filter or app?
I might have. The apps are that good. What if I told you this was all a marketing rouse to unveil the newest Kodak filter for iPhone 12 Pro Max? [laughs]

How much money would it cost to make a ~10 minute skate video on film?
I would say probably $2500 – $3000 on the cheap side. Maybe upwards of $5000 if you do it proper with good transfers and real cinema cameras.

Where did u guys get all the skate sounds to go with the footage?
I had Tom run around and do all the tricks twice for me in front of a mic. He still looks at me weird.

Any specific projects/artists/videographers that inspired this?
I really liked Ben Chadourne’s Converse video of Sage cruising through New York a couple of years ago. I also get stoked on the old Transworld films, Atlantic Drift, and Greco’s mob films. But this definitely morphed into its own thing being a fly on the wall in Tom K’s world.

Did u say something to Tom when he showed up dressed as a salmon?
I sometimes call him Monochrome Tom. He says he’s done with that phase but maybe I should ask him what he’s wearing right now? Chances are high that it’s head-to-toe one color.

Did Tom write the second piano song in it?
No, but I tried to have him make something but it ended up sounding like a weird John Carpenter 80’s horror soundtrack. Maybe I should’ve used it now that I’m thinking about it.

Did Tom really pick the lock on that spot in the video? How did he learn?
Tom’s a full-on vandal. Maybe a deep dive on YouTube? The lengths he goes to find spots is crazy. I’ve been his get away driver straight-up breaking into schools at midnight to fuck around with a spot.

Tom K: I was inspired by Midnight Run with De Niro to learn to pick locks. Learning inside your house with random locks is easier because you can hear and feel them. I’d say Master Locks are the easiest they have 6 pins to push. I can pick probably 75% of locks in the wild, depending on the type of lock, the environment, and lack of rust!

Matt, do you think 16mm is superior to digital?
From a technical standpoint, no. Shooting skating digitally works well for making shit look fast and you can stay really close to everything. I’m just a sucker for the novelty and how pretty it looks.

We recently posted a vid on how to rig a digital recorder to a VX, could that work on 16mm?
Honestly, you’re onto something. Might be great for light leaks.