It’s pretty amazing what a good board sponsor can do for a skater and their video parts. This has a lot to do with art direction, song choice, filmers, and a whole slew of other things. None of this is to say that Tom K hasn’t put out great skating for other companies, but imagine how his Cold War part would’ve been if Grant Yansura was the filmer and editor to showcase his creativity?

After jumping from Zero to 3D to Skate Mental to now WKND it seems like Tom has finally found a board sponsor that will highlight his ingenuity, his eye for spots, and his quiet but witty persona. His new American Psycho skit is already a testament to that.

When it comes down to it, if you’re a skating for a board company that either doesn’t fit your style or they just don’t actually do shit, the sad reality is that your skating is getting shortchanged, regardless of the work you put in. But hey, in this economy are you really going to say no to free boards?

Congrats Tom on finding a perfect home for your skating and the shine it deserves. 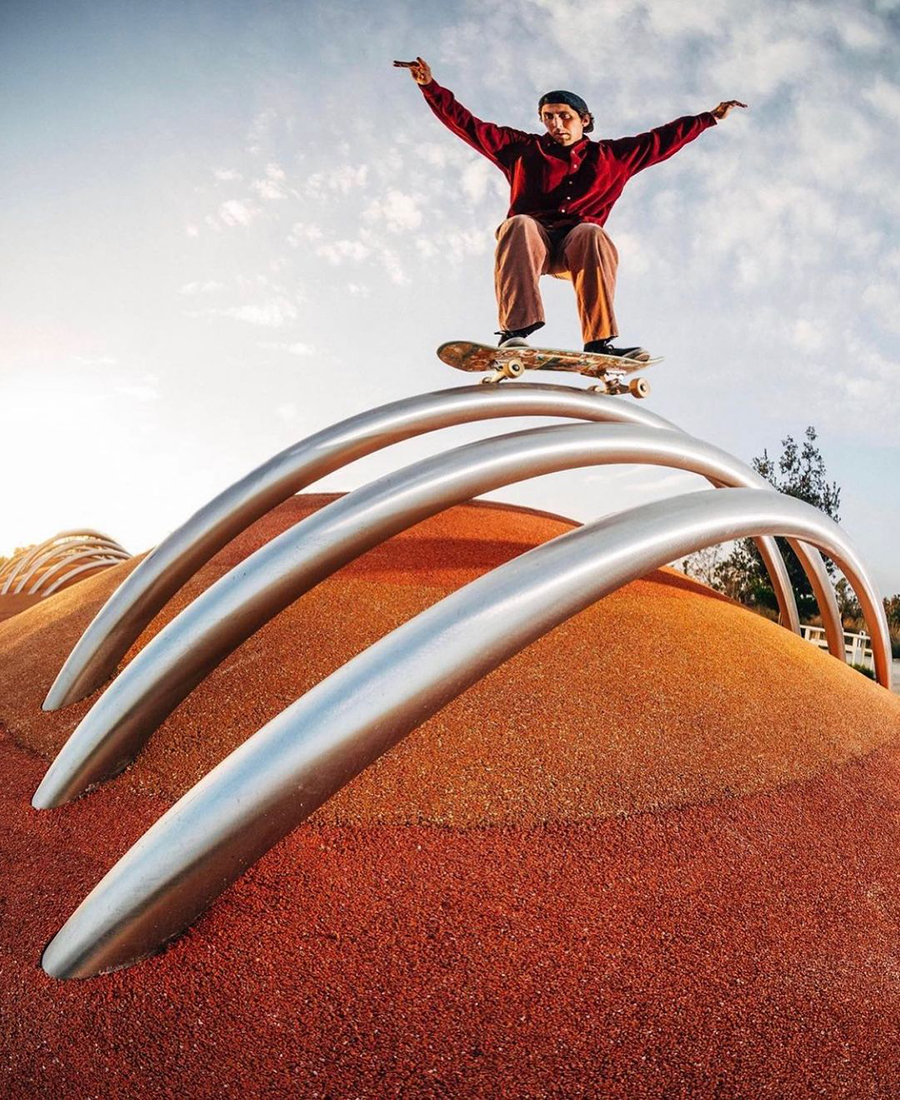 You’ve been married for a few years now, what’s the secret to keeping it spicy in the bedroom?
Lately, it has been Crash Bandicoot the Wrath of Cortex.

Are you going to switch up your wife as many times as you’ve switched your board sponsor?
Well, like my wife Cristina, I think Grant [Yansura] and I are a great match, but maybe we’re still in the honeymoon phase…

Do you have any tips on how to approach skating spots uniquely like you do?
Watch old movies and listen to the soundtrack and learn everything about the filming, directing, acting. Where I grew up, I had really famous schools in skate videos all around me locally. I always like to revisit or find all those schools and see if anything is still skate-able there. Old Los Angeles schools feel magical! I think everyone has those spots that they saw the generation before them skate. Revisit those! I think the past has a lot to do with the future. Who knows?

If you could be on any board team that isn’t around anymore which team would it be?
In high school, I would play Counter Strike and I had this poster above my computer. After being AWPed by a camper and waiting for the level to restart, I would look up and daydream at my Johnny Layton part man/part toy machine poster. Johnny Layton skating to Patti Smith. Austin skating to Peggy Honeywell. Templeton on every trip, taking sick photos, nose blunting at demos, and driving a van around the US with no iPhones! EPIC! 2006 Toy Machine!

Give me your top 5 favorite skate vids of all time.
I didn’t put video parts of all time because it would be super boring (every Templeton part and every Ozar part) so I put parts that inspired me throughout the years.

Are you bummed that there’s another Tom K in the game? Have you thought about going by Thomas?
Tom Knox is the best! He is the best skateboarder, has 3 kids, a wife, and lives in London – one of the hardest places to skate. What he and Jacob do is magic! We are all just trying to keep up!

There’s a SLAP thread where some poster says you’re a tool. What kind of tool are you? Drill, screwdriver, hammer, paint chipper?
Since the screwdriver and the hammer are taken. I’ll be the crowbar. SHALOM

Are you the one who picks the music for some of your more recent parts?
I picked the music in the WKND intro part. I always loved that song playing in the background of the club scene in “American Psycho” and I thought that it was perfect because it would tie into the business card skit. The song by Queen is one of my favorite Queen songs and I asked Grant if he would be down. He was! If you lurk around the internet you can find “Cool Cat” with a few lines from Bowie in it!

For the Enter The Museum part, Matt Bublitz and I share a playlist and bounce songs back and forth. He found that Stephen Malkmus song!

The part before that, New Balance String Theory, I found that song by Parquet Courts. We were told to search for smaller labels so the music could clear. I looked for songs like I do for skate spots. The song ended up clearing, and I became friends with A. Savage, the guitar/singer of the band. He ended up doing my first graphic for WKND. I was really psyched on that one.

How do you discover new music?
I discover most music from movies I really like. If you watch Heat or Thief, listen to the music Michael Mann chooses to use. It’s there for a reason to make you feel a certain way. Brian Eno for the bank robbery scene. Epic! Tangerine Dream scores the entire Thief movie. Any Tarantino movie or David Lynch movie. Some members of OMD scoring the movie C.H.U.D. It’s crazy!

I love that some directors or music supervisors always somehow choose the best music to match scenes and make you feel the vibe. One I can think of recently that I discovered was in Death Proof when Stuntman Mike is watching the girls ride the hood of the car and he takes off to kill them. They use the song “Riot in Thunder Alley“, which is from the movie Thunder Alley, an old movie about car racing. Makes that scene and vibe ten times more epic!

Who won the fight at the beginning of the video, the patch of dirt or you?
I went back six times to win but in the end, the dirt won.