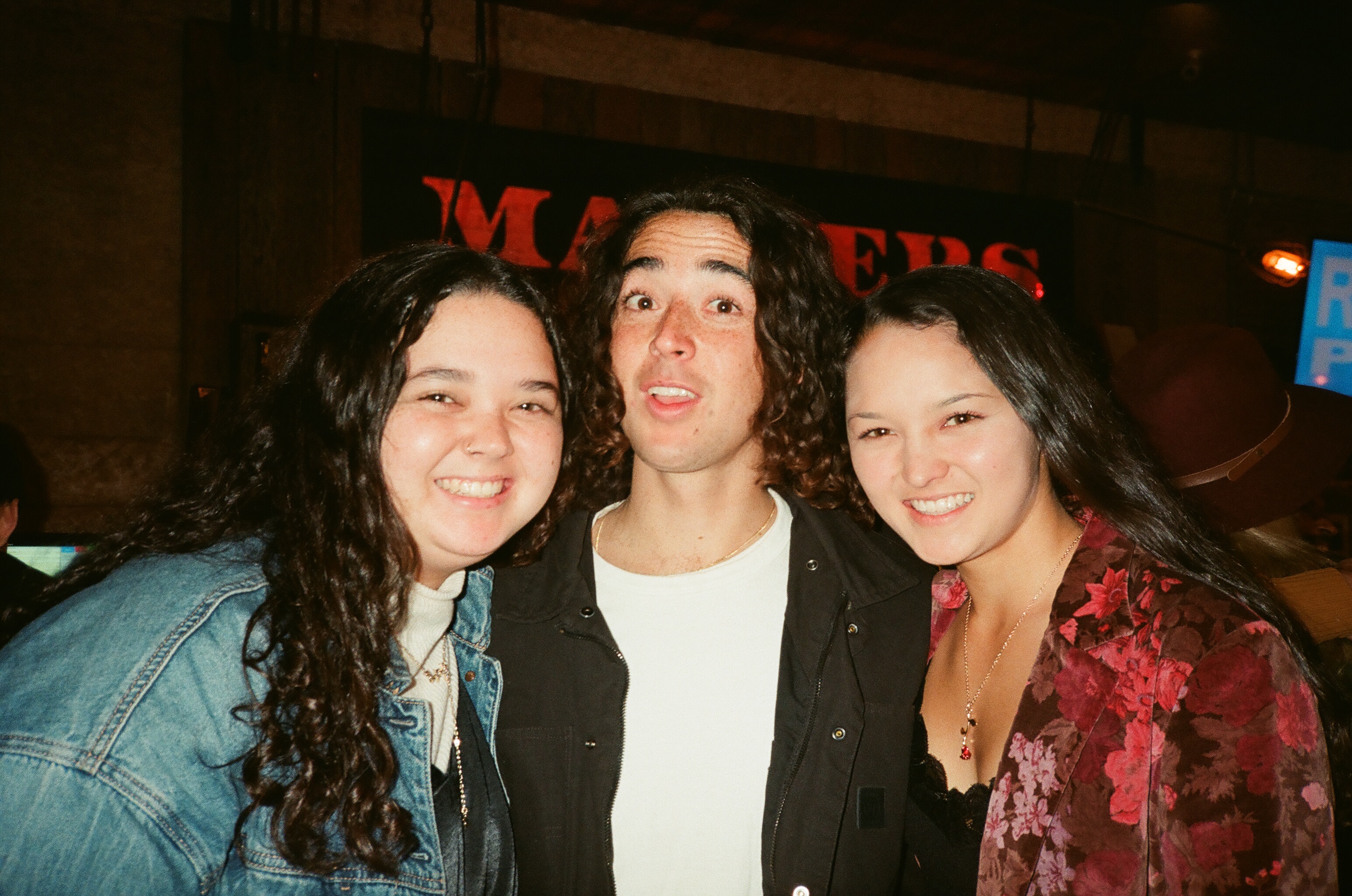 God are you sick of our West Coast content yet? We’ve been on a bit of a tear recently, which starts to suck because it gets harder to write funny captions of people you saw at the bar just one week prior. But we’re gonna give it another go anyways.

Rowan got his own Pro Shoe (not just a stinkin’ colorway) and Vans put together a demo and skydiving during the day, then had live music at a bowling alley until people got too drunk to roll a ball across the floor.

Big ups to Rowan on the shoe deal and for single-handedly making freckles cool again. Thanks to him, you know there’s some little skater kid out there in Oklahoma saving up for a curling iron and dotting his face with a Sharpie so he can join the crew too. 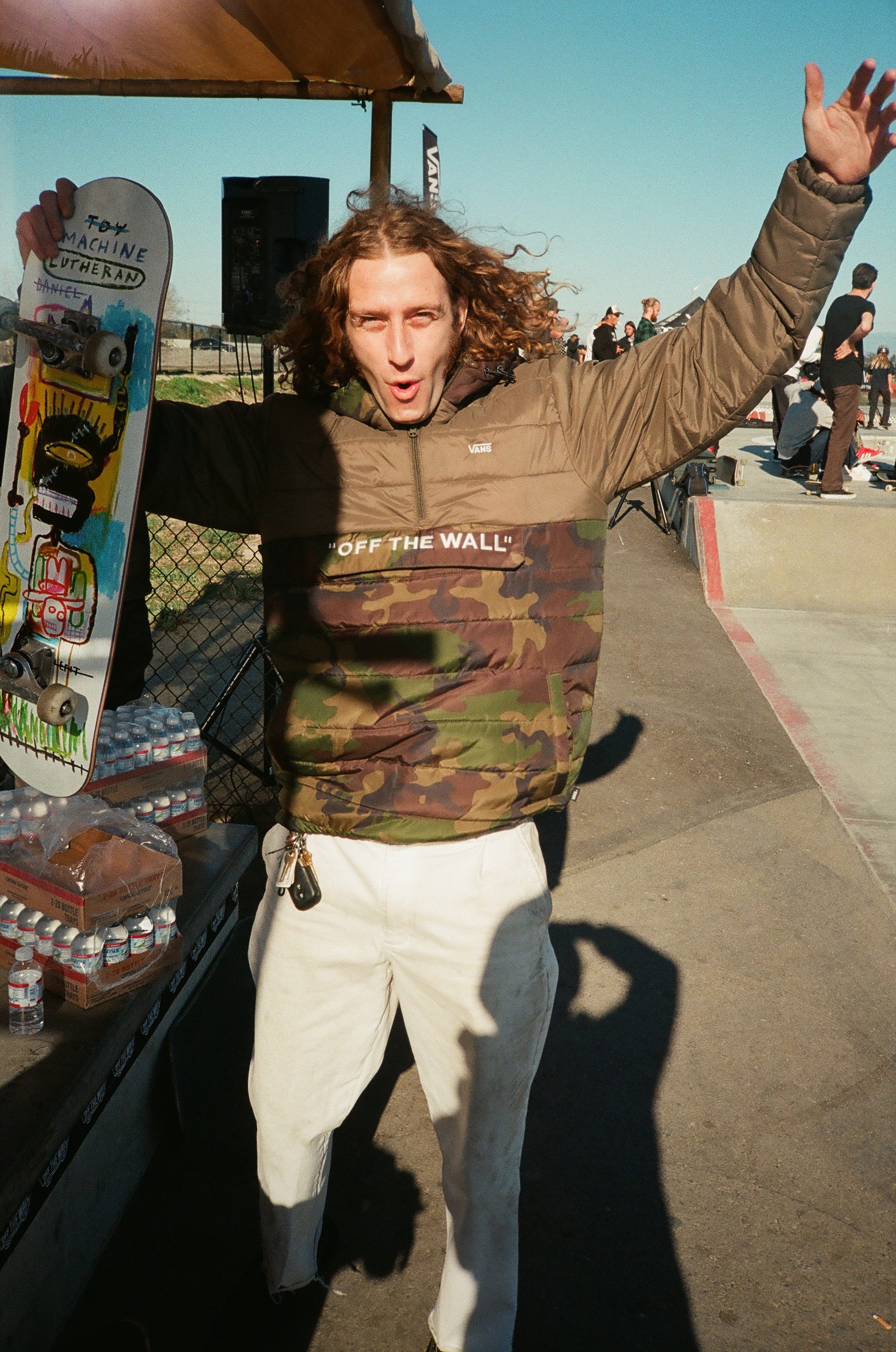 Our friend Daniel Lutheran came in hot showing off the new Toy Machine board series drawn exclusively in crayon by three-year-olds. Child labor on a child’s toy…priceless. 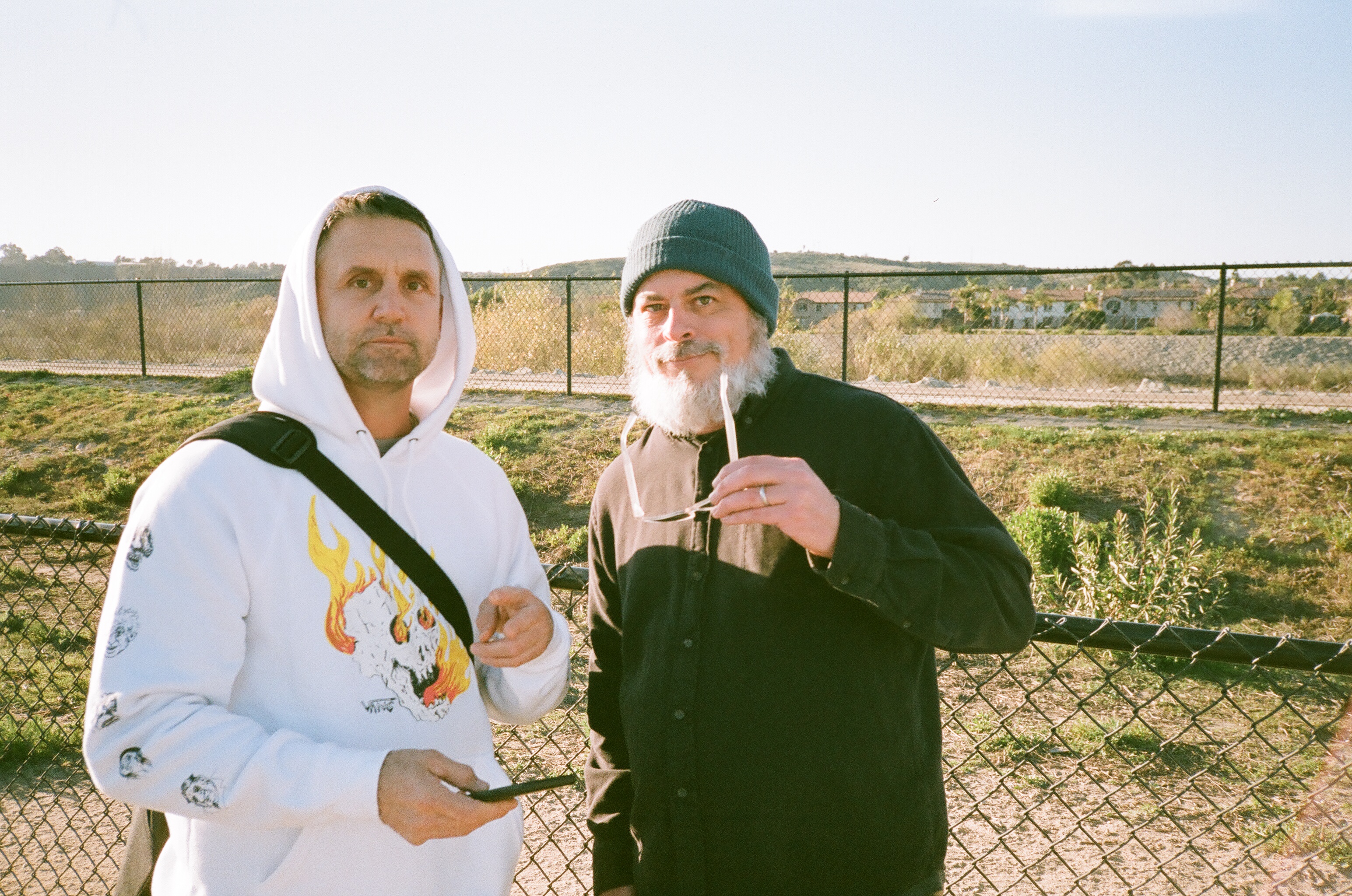 Two kings right here. One turned shitsville swampland into skateboarding’s most respected contest for over 25 years, and the other got a generation of derelict skateboarders excited about reading. 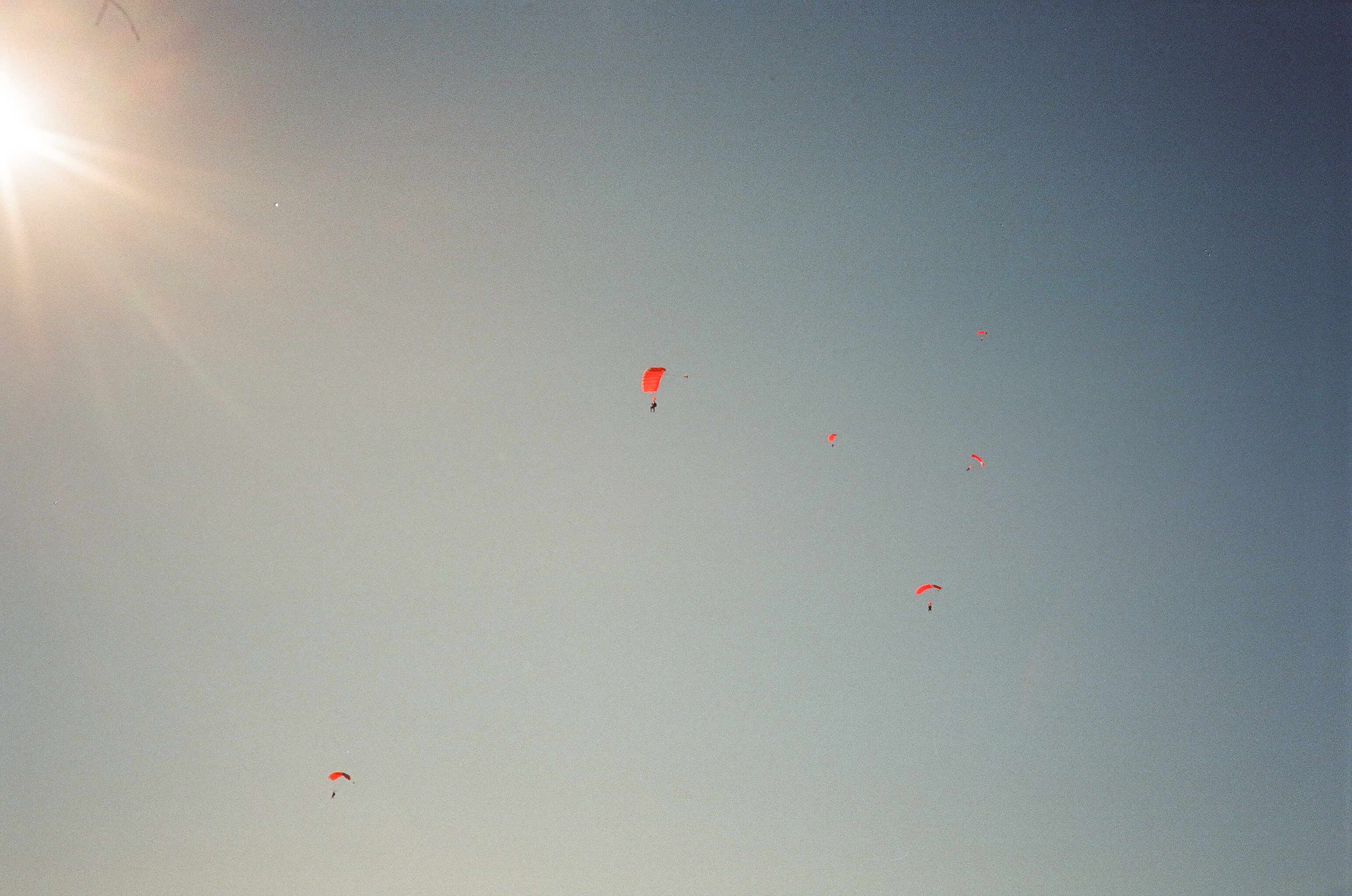 Part way through the day Rowan and a group of people jumped out of an airplane to see how his new shoe holds up to big impact jumps. Sadly, everyone chickened out at the end and opened their chutes, so it’s unclear if the shoe can actually protect your ankle from 12,000 ft drops. 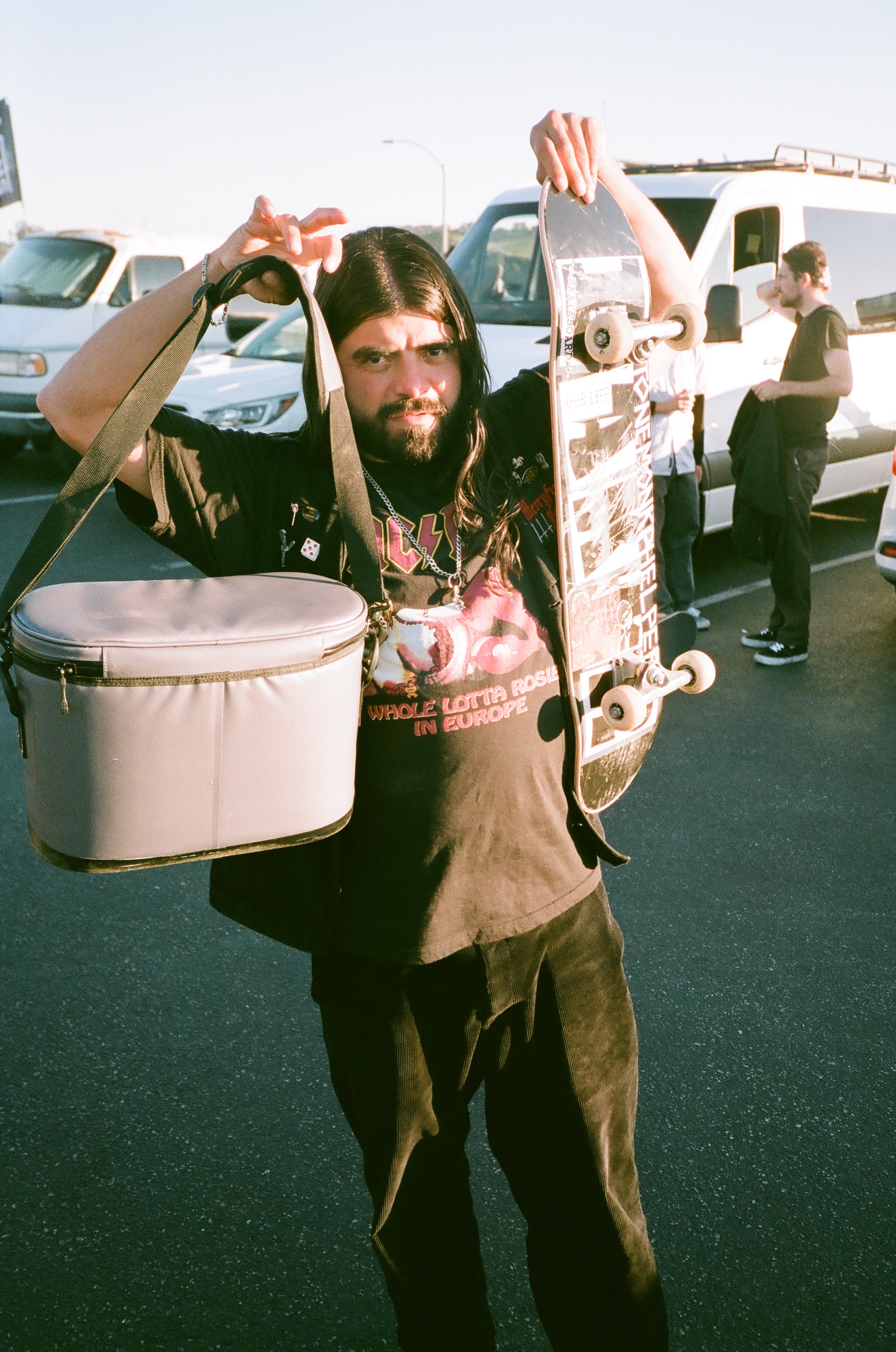 Funny to think there’s now a generation of younger skateboarders who never knew Neckface as the paranoid guy who wore big orange papier-mâché demon masks to hide his identity. Now he’s just an artist with a beer belly. 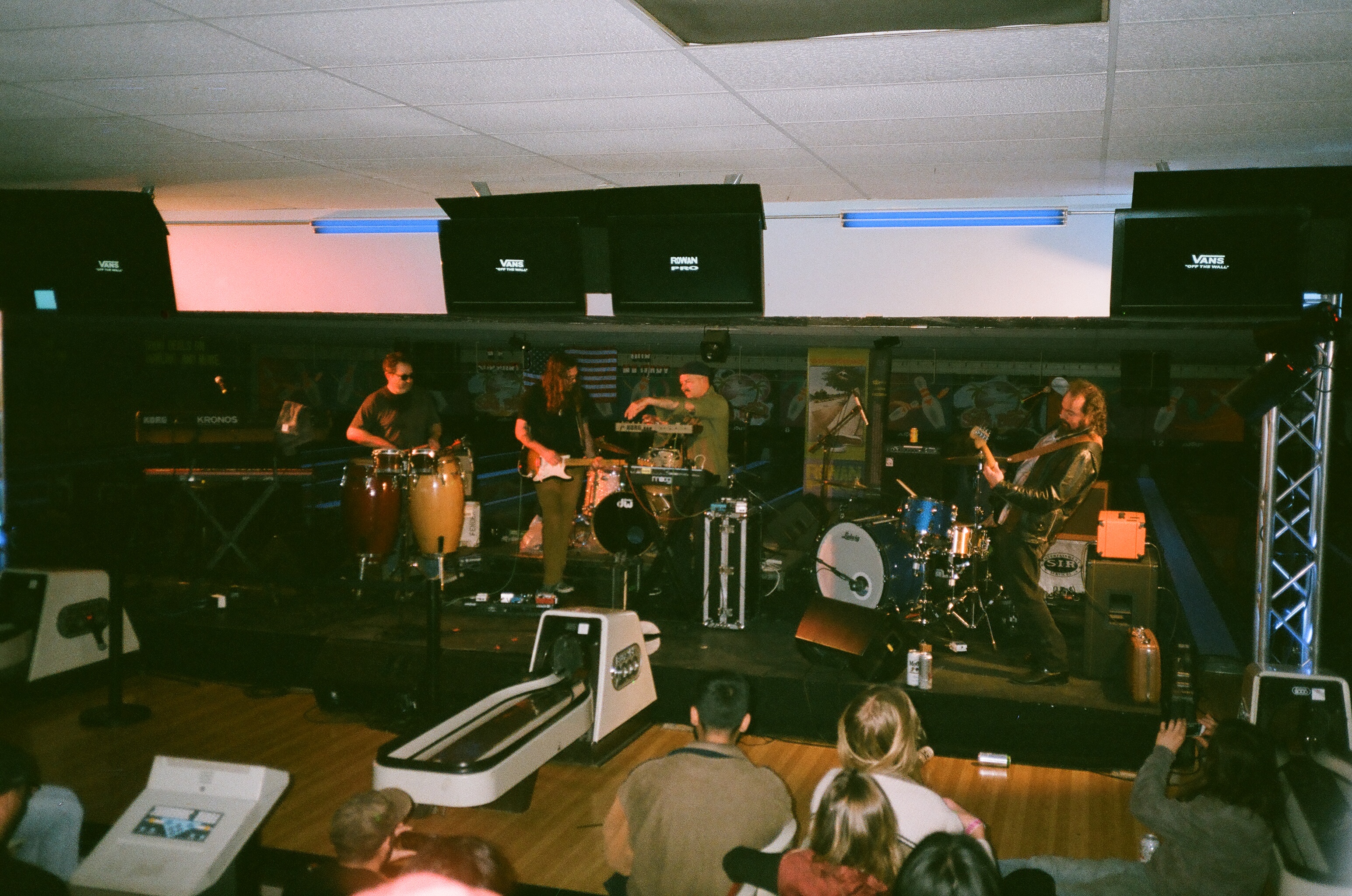 Later that night Vans set up the party at a bowling alley in Oceanside, probably because like skateboarding, bowling is something you can do professionally even while drinking. 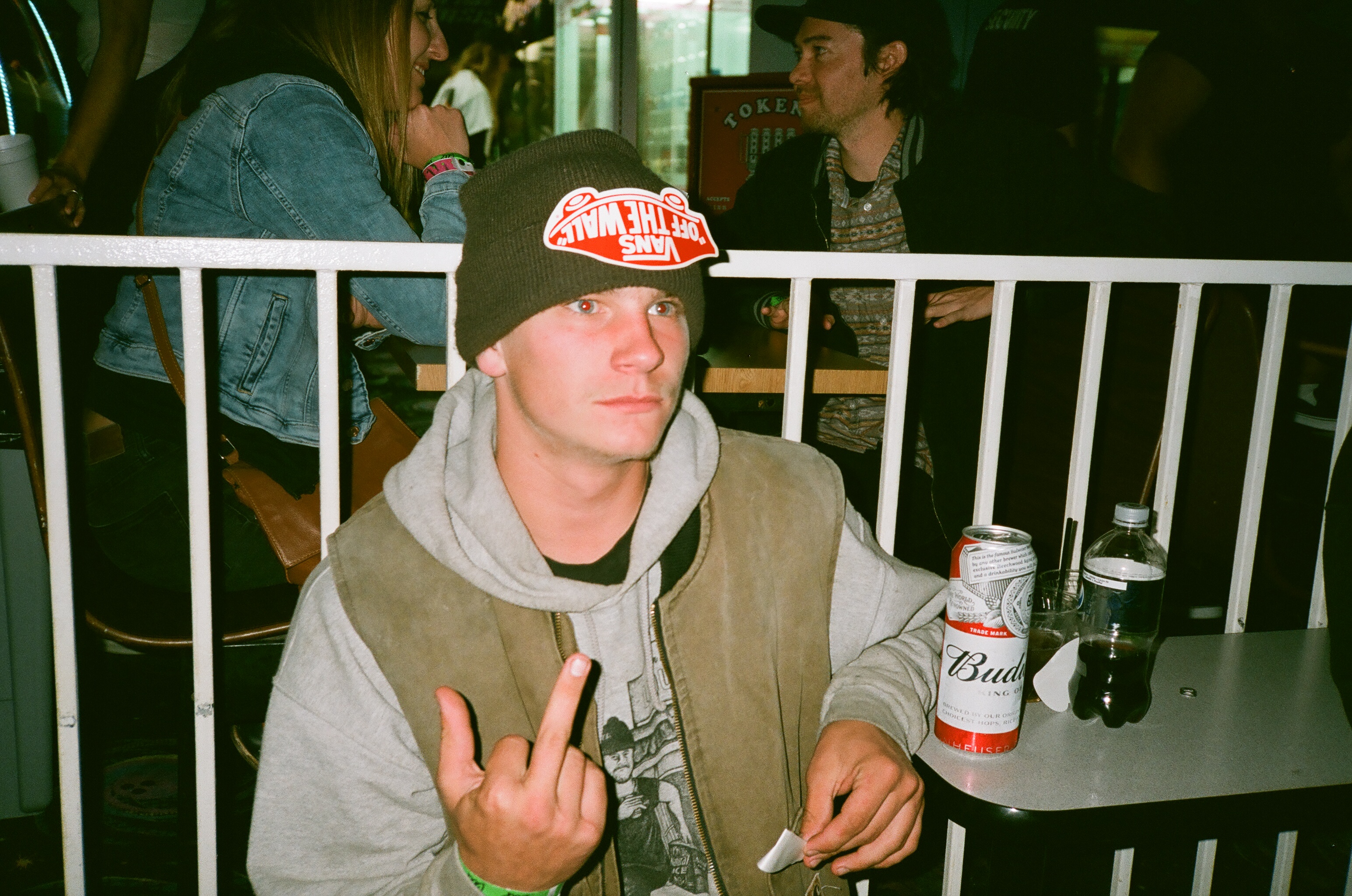 “This will be good photo incentive, right?”

“Yeah, just make sure the logo is upside down and you’re flipping off the camera and you look like you don’t want to be at the party at all.” 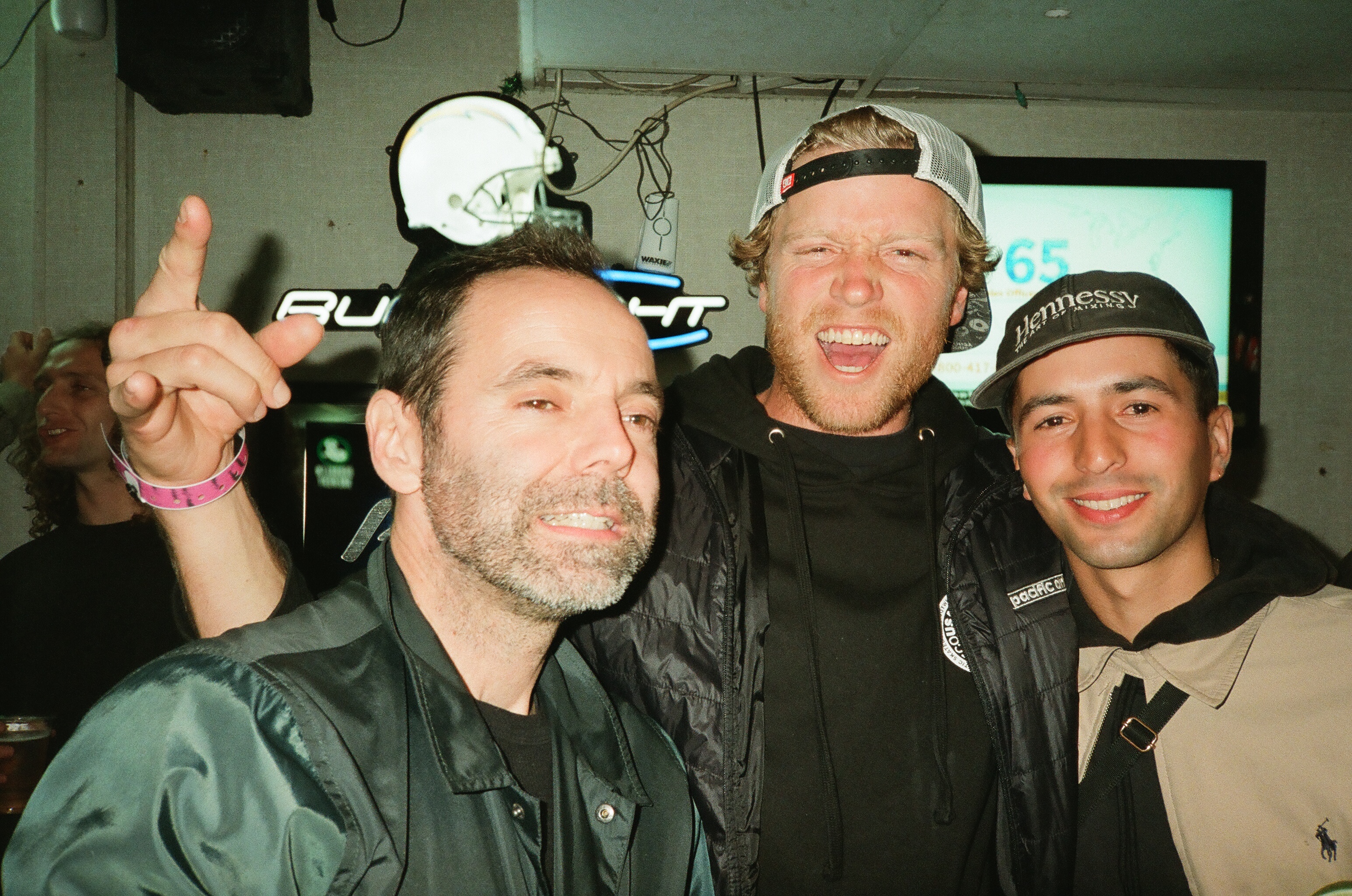 The man without an Instagram with Paul Zitzer (left), one of the head honchos of Skatepark of Tampa. If you look closely in the background you can see Dan Lu in middle of calling something righteous, probably. 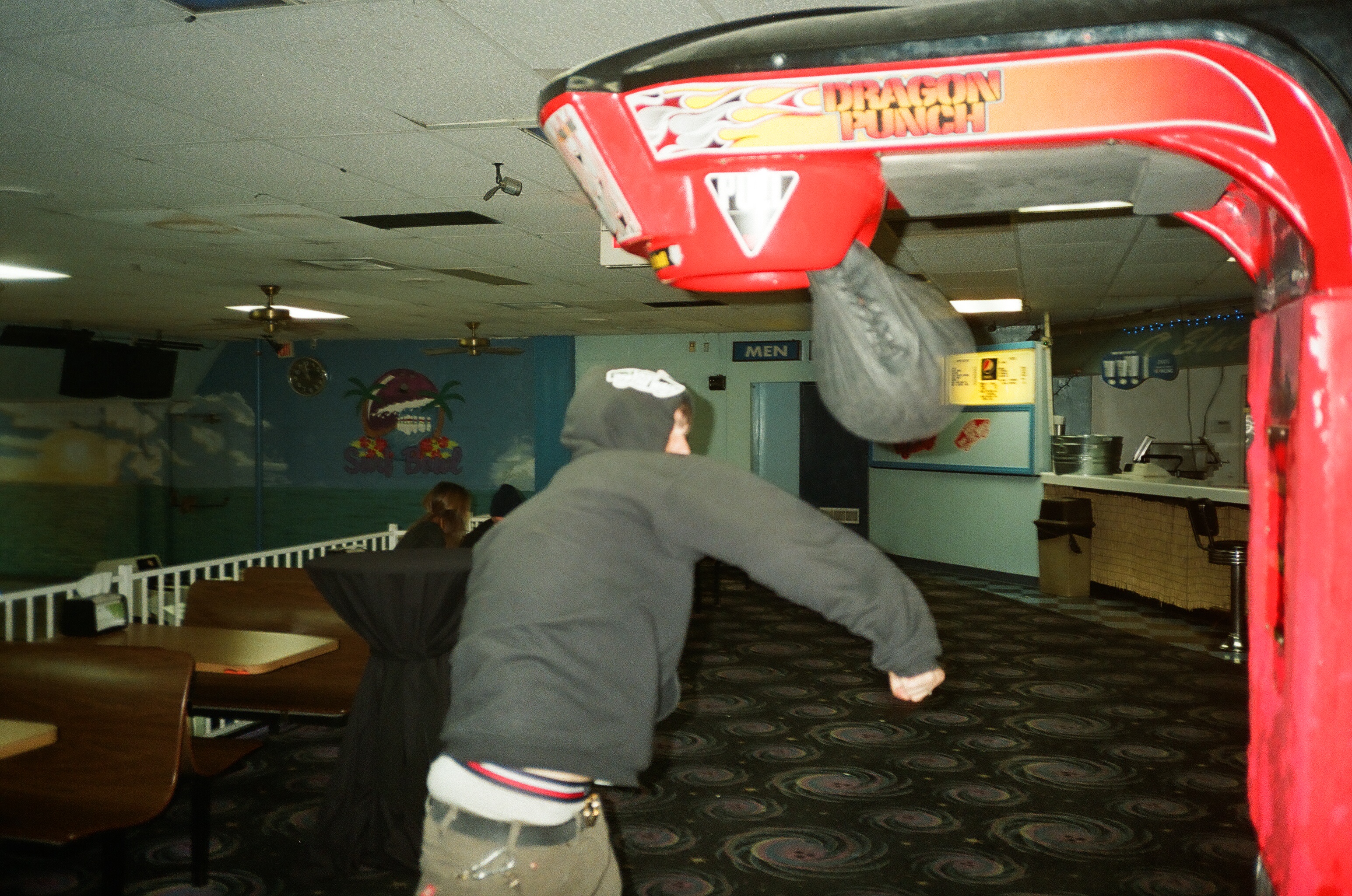 As much as civilization is evolving, I hope punching stuff never goes out of style. Just the feeling of seeing a thing dangling there and then punching it…

That’s definitely how our cave dwelling ancestors demonstrated they were worthy mates. 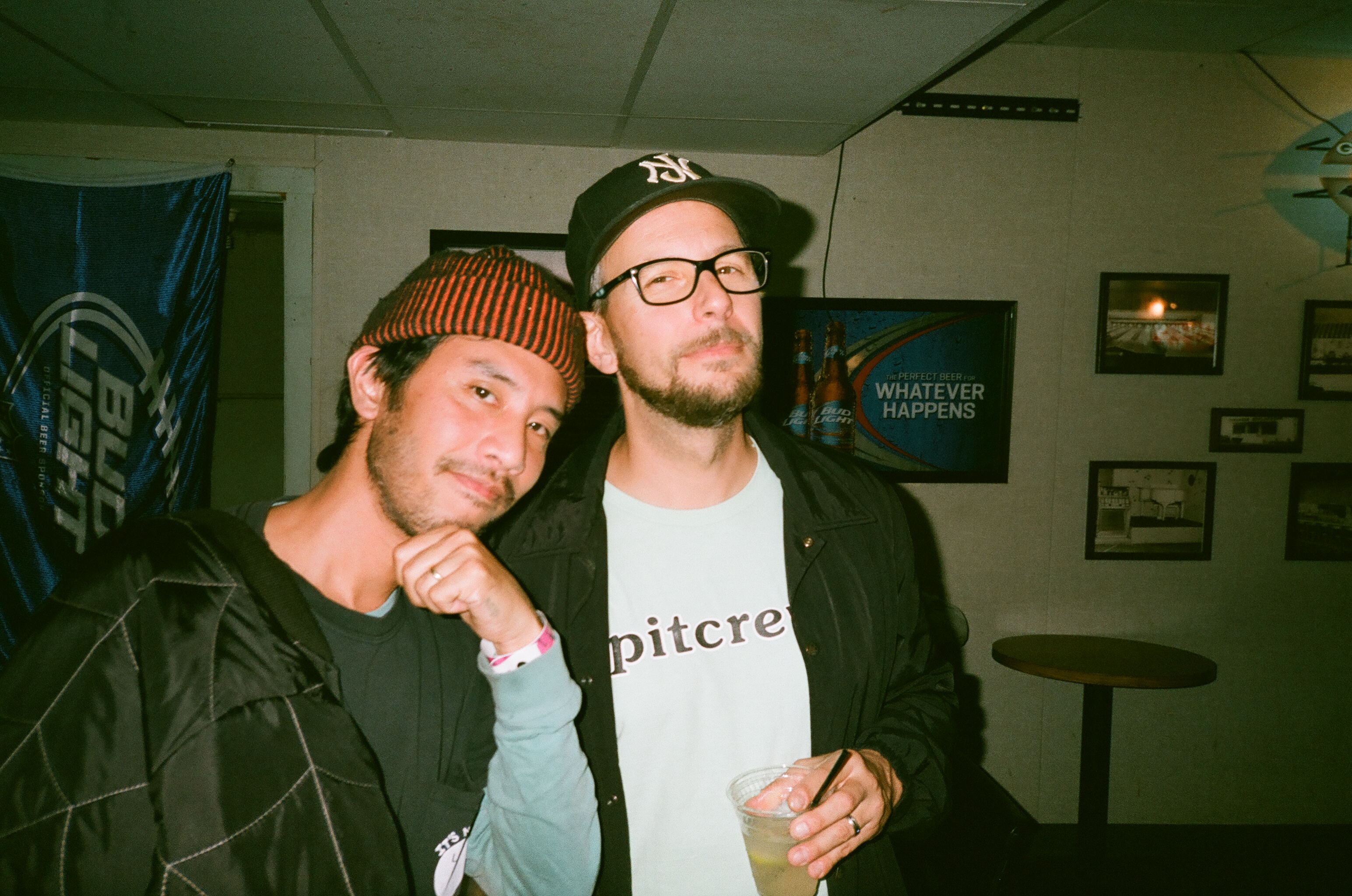 Chris Nieratko (right) is a smart guy, but he definitely uses his glasses to try to make people think he’s even smarter than he really is. Jerry’s 100% Chinese so everyone just assumes he’s smart, regardless of what he’s got knocking around inside his head. 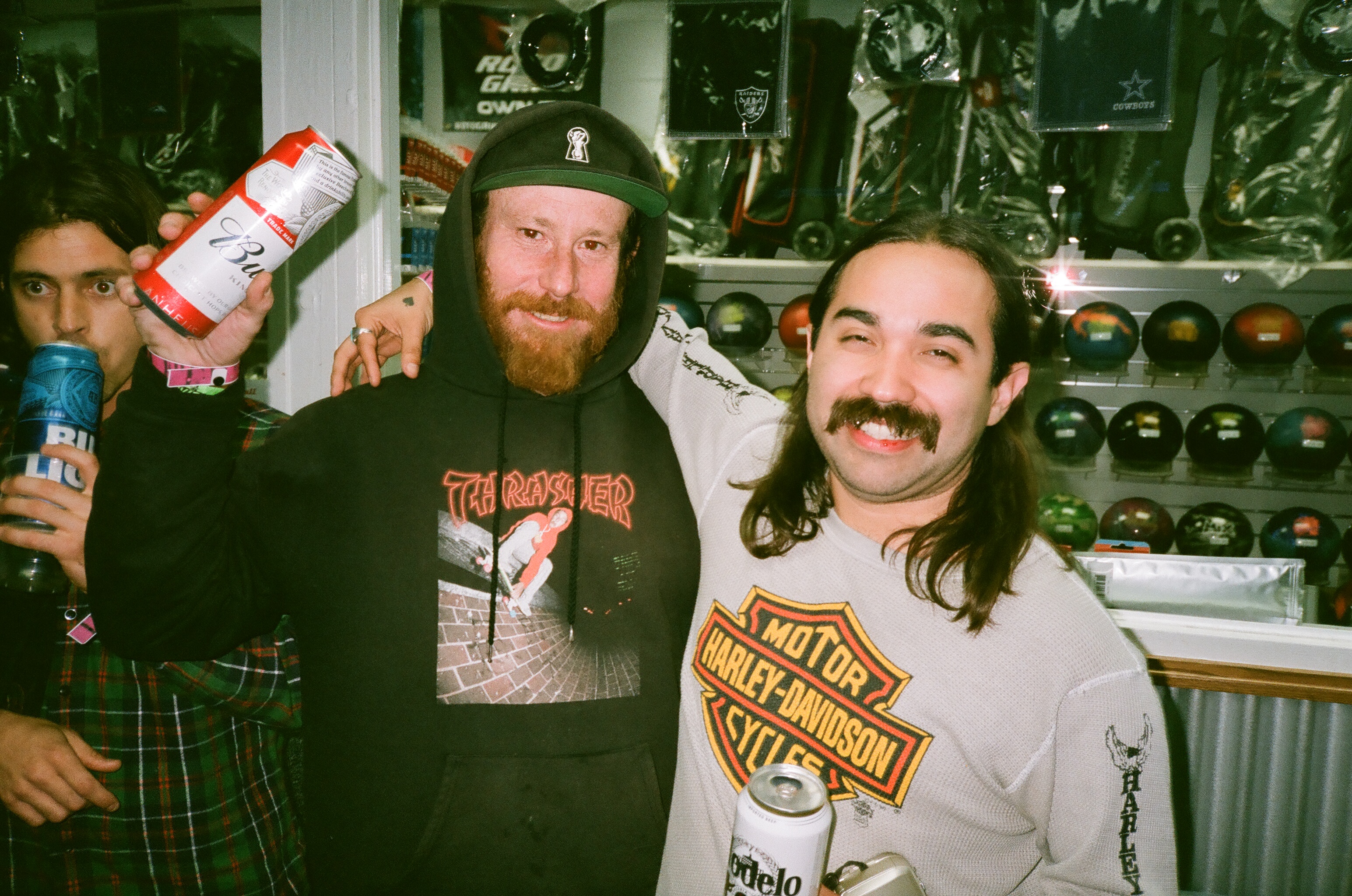 If you’ve been out before and somehow managed to not come across Frecks (left), we applaud you. Frecks will magically appear at any and every skate event on both the east and west coasts, no matter how private or public it is. He’s like a wizard who can only be summoned by free beer. 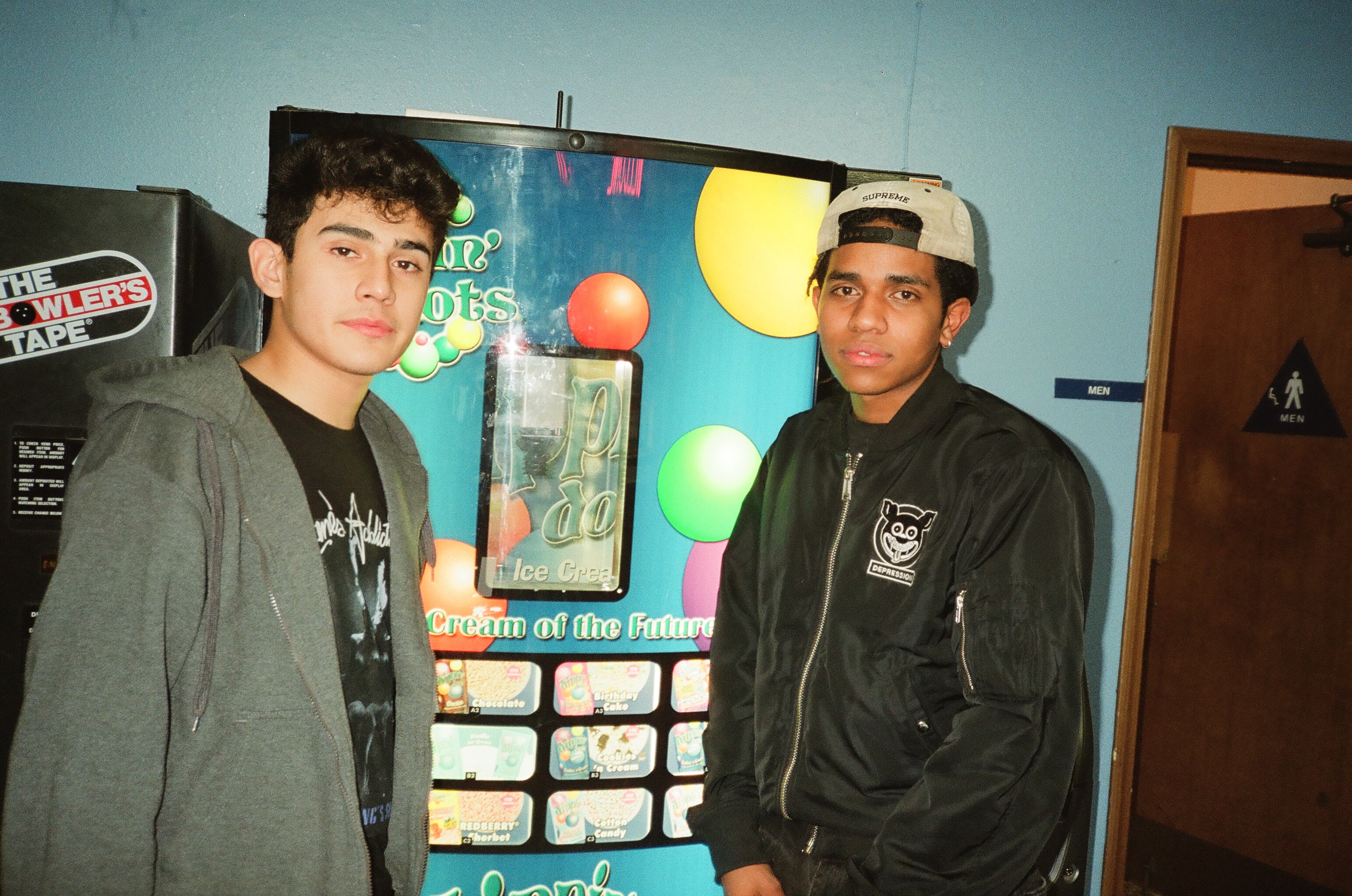 Kids today be looking sad as fuck. Even standing in front of the Dippin’ Dots machine one of them was wearing a jacket that said “DEPRESSION.” Like, c’mon, it’s ice cream!! 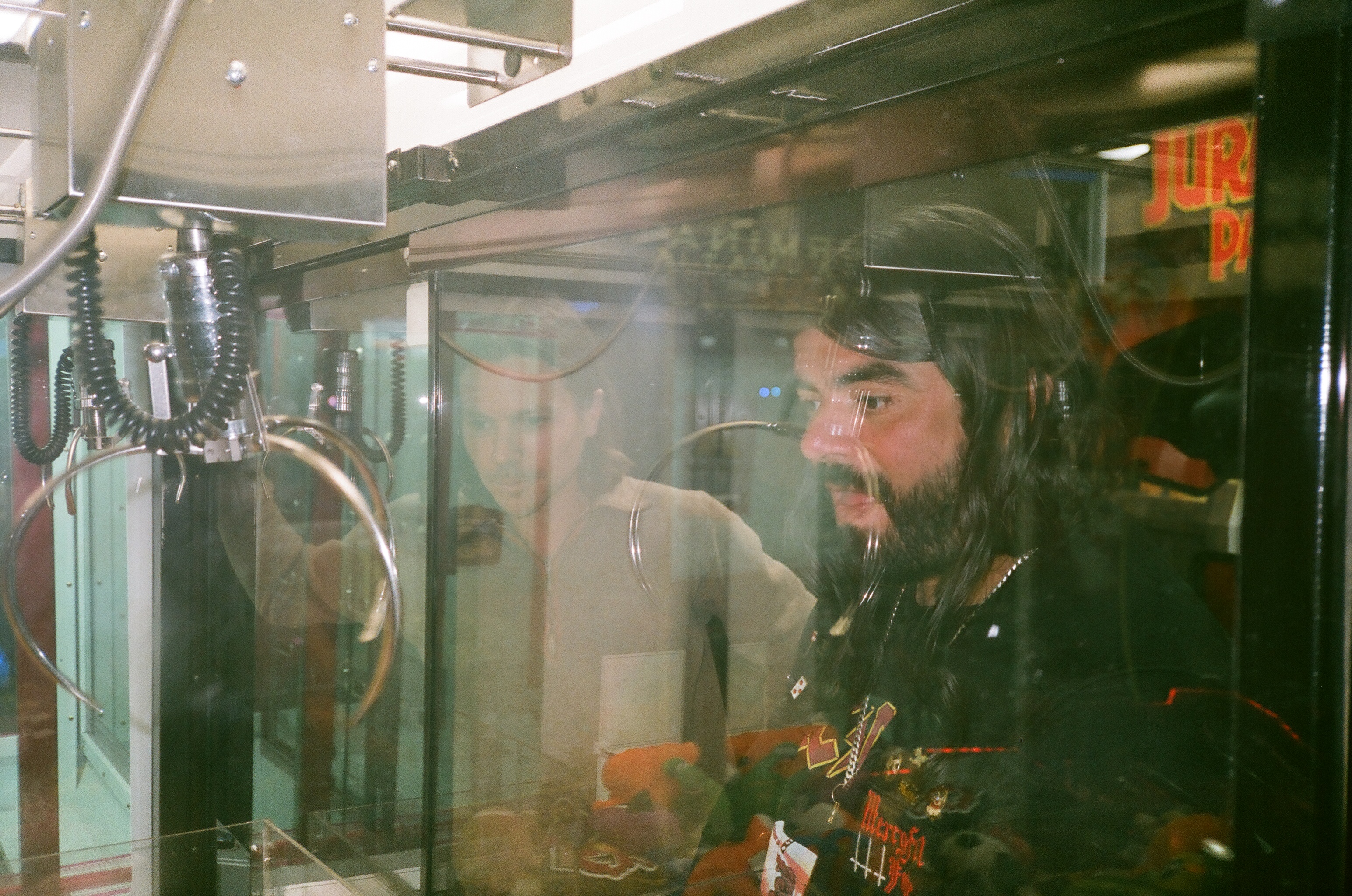 Neckface here looking very focused on getting a toy from the claw machine while Spanky provides emotional support. Not sure if they won anything, but one thing is for sure, they’re winners to us. 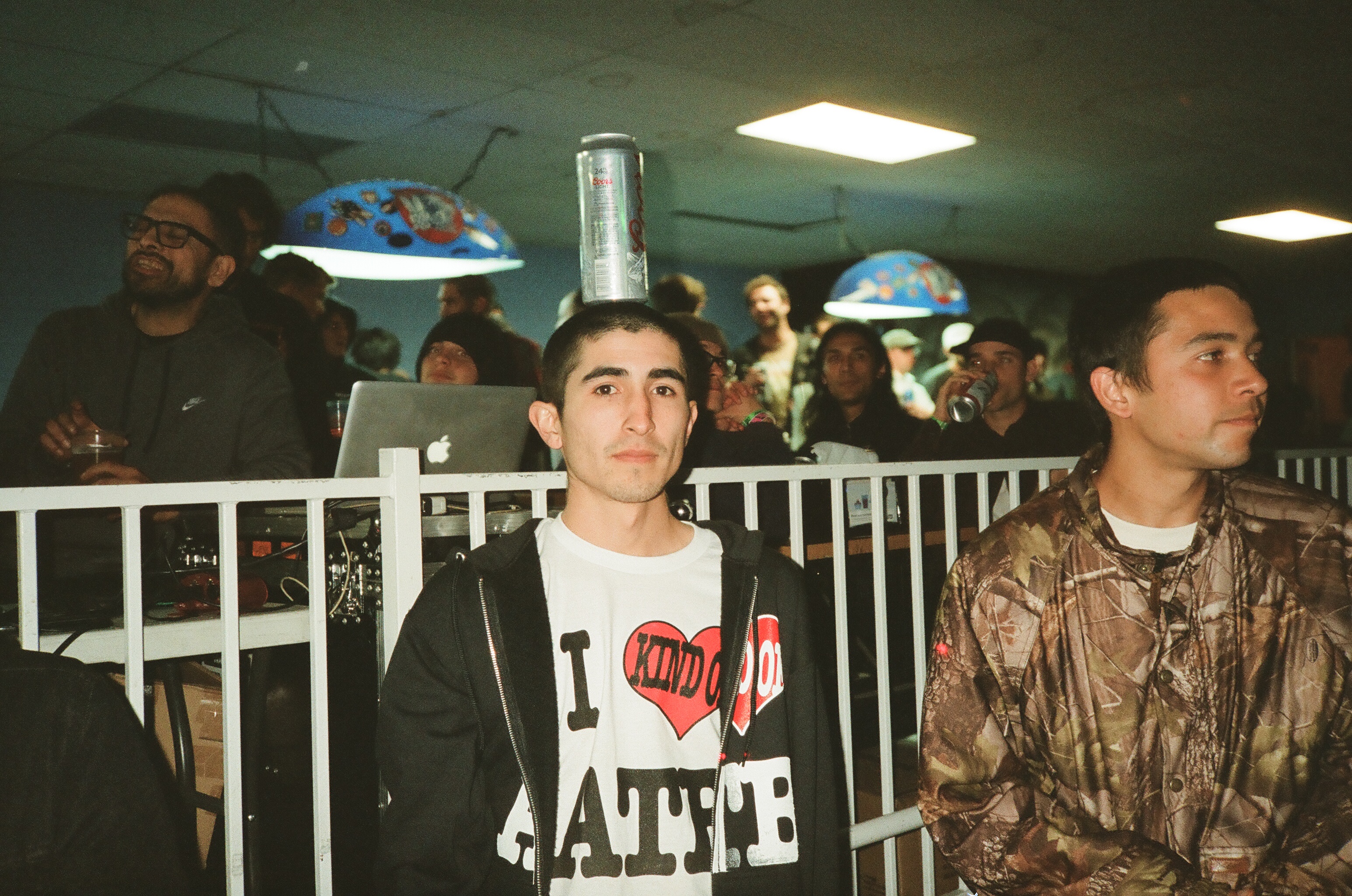 It’s not easy to find a hookup for the night competing with a room full of pro skateboarders and acclaimed locals. But this homie devised his own mating technique: showing off his superior mastery of gravity. 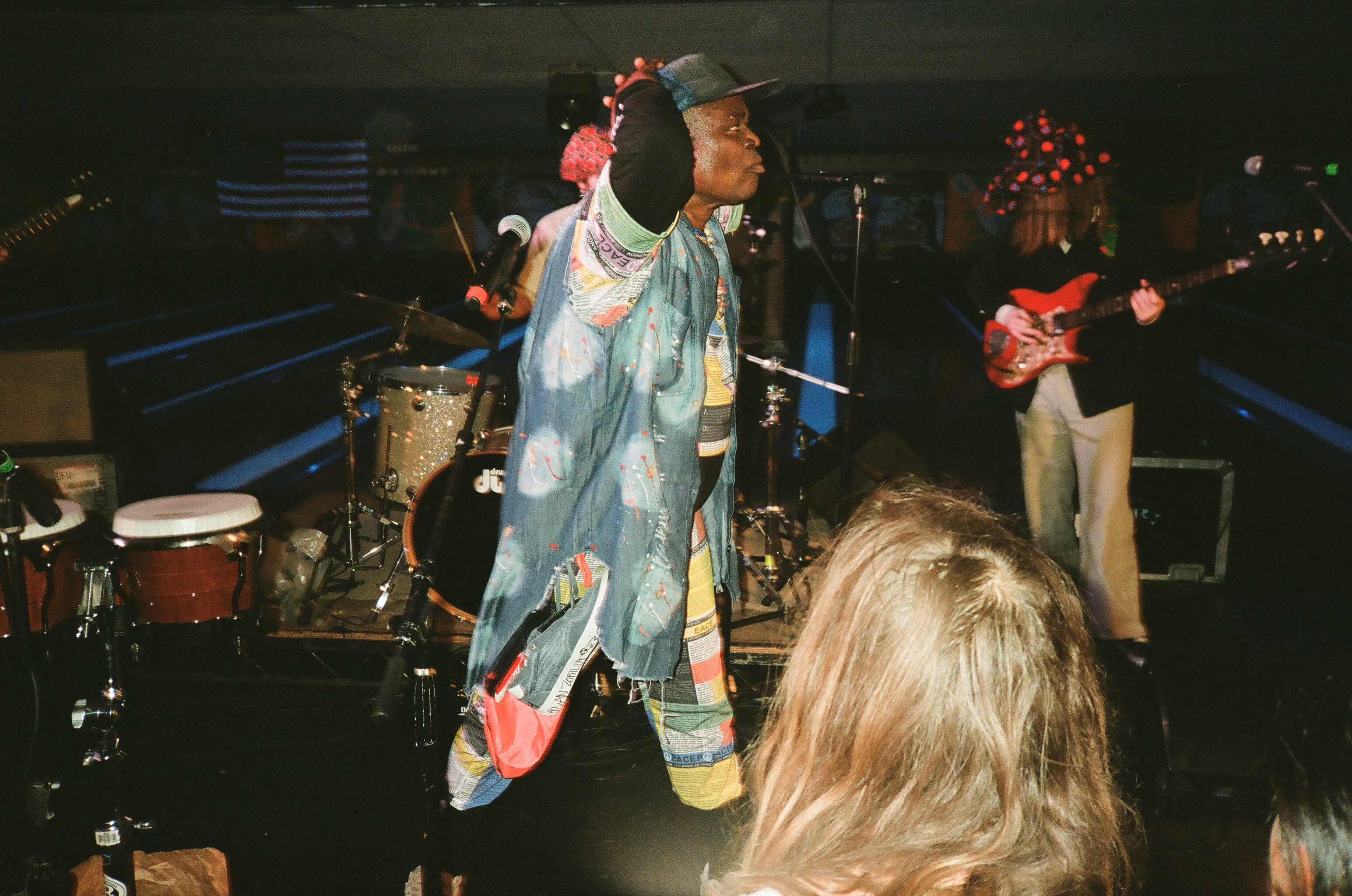 Vans got the Zamrock band WITCH to shut down the night at the bowling alley. The original WITCH lineup faded away years ago, but more recently they started playing live shows again. Hire them for your next birthday, bar / bat mitzvah or seance. 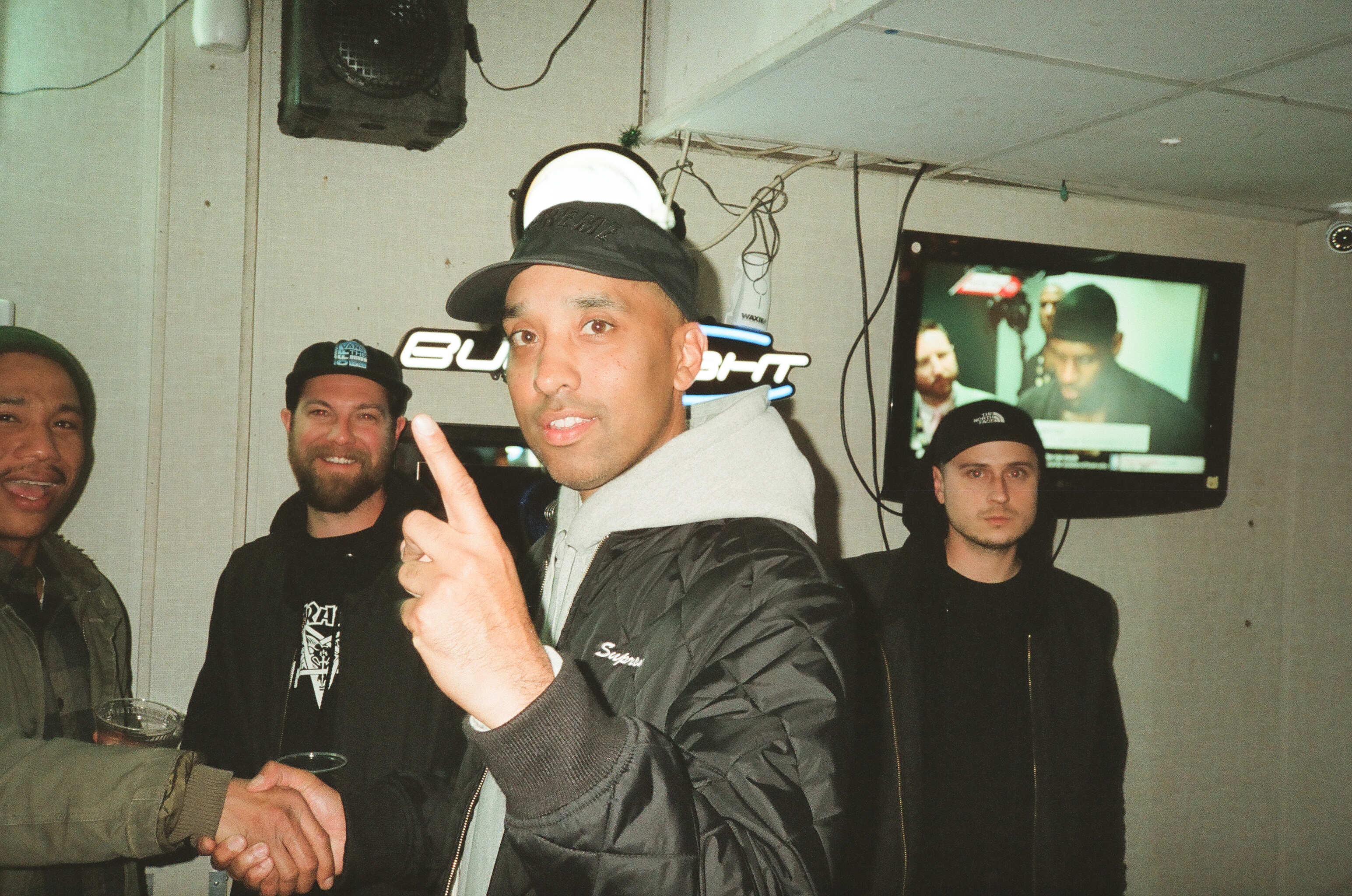 Time to play “Name That brother!” Put your guesses in the comments on who you think this is and we’ll read it and forget about it.