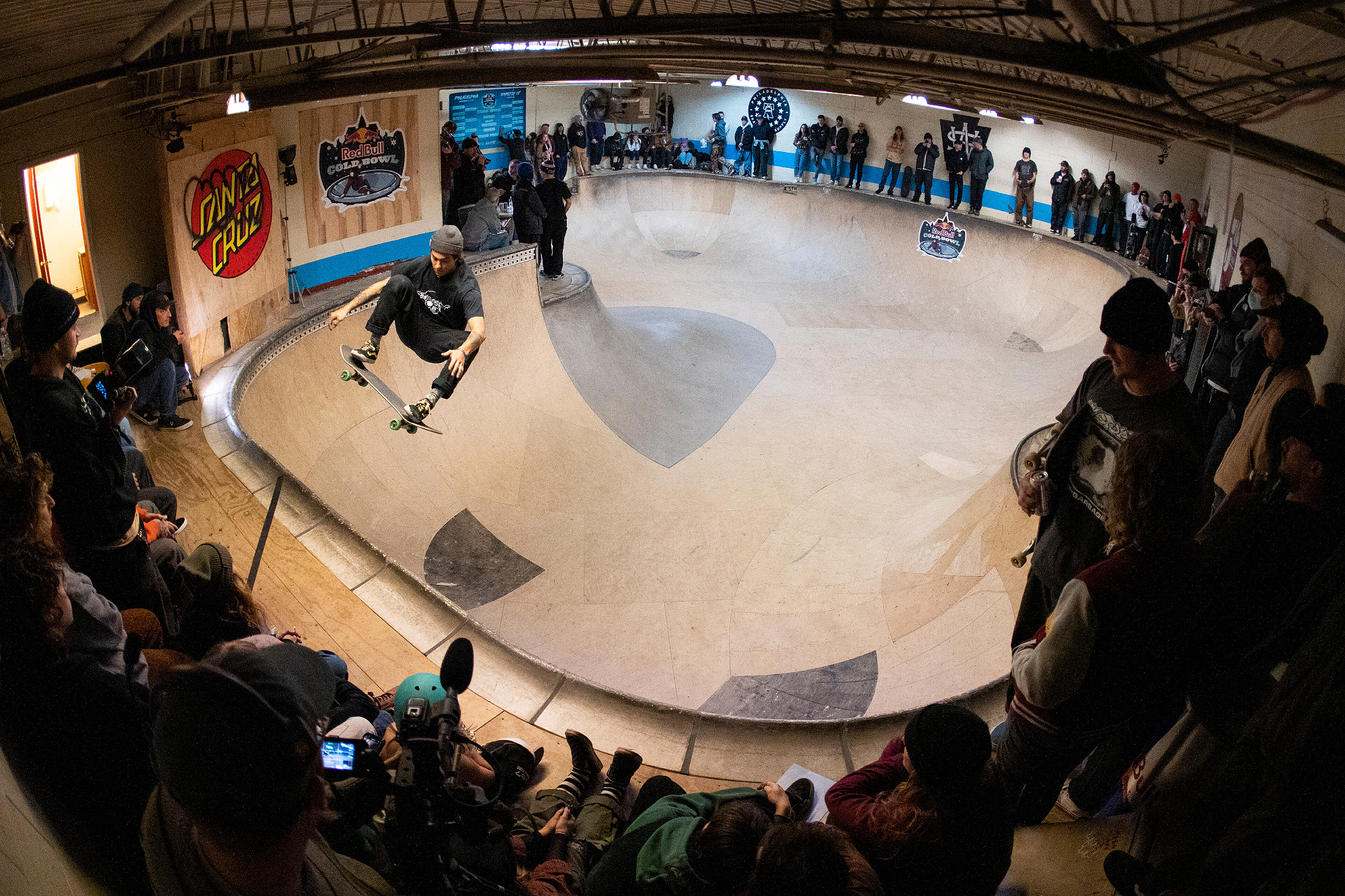 Now that it’s freezing on the East Coast and our bearings will soon be full of salt, it’s about that time when you start telling people that you’ll see them in April, only half-jokingly. This is why events like the Cold Bowl are always a well-received gift to give us one last hurrah before full hibernation.

The contest, which felt more like a weekend-long party, was held at the Wharton Street Warehouse, built by 5th Pocket Skateparks. Most of the Red Bull events have a recurring cast of LA riders making appearances, but this one was more intimate and felt like it was more to support the Philly locals. It became a dope hodgepodge crew all dropping in and shotgunning together for a fun weekend.

While the name of the event was “Cold Bowl,” there was actually heating inside the building. If you were able to get past the smells of skater’s asses and knee pads, it was actually kind of cozy. However, the DJ truck didn’t fit inside the building and it wasn’t running, so the DJ (Bones TM Vern Laird) spent the entire weekend in this frozen metal contraption created out of a modded Ford truck. 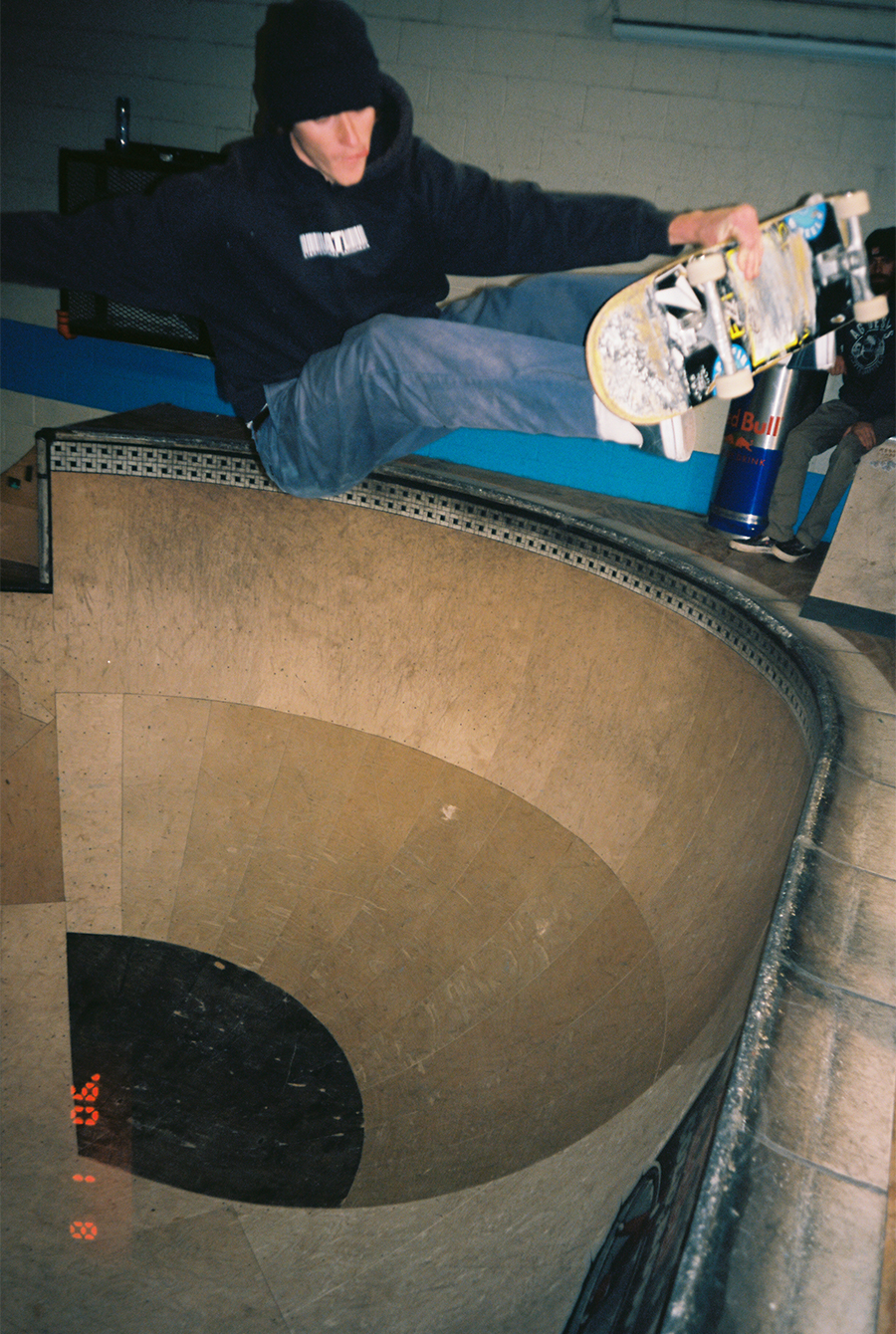 Doomsayers rider Eli P Williams might not have done well on the score sheets but in between runs, he was landing kickflip nosegrind pop-ins on the quarters. Wonder if he has the same stage fright in the bathroom. Either way, this stiffy is huge (get your mind out of the gutter) and you should all check out Eli’s last part now.

This gem of a trick went down, looks like someone’s special in THPS.

Here are the first and second-place winners, Ruby Lilley and Grace Marhoefer. According to Vern, who DJs most of the Red Bull contests, when the women transition skaters show up, they run to the DJ booth like, “Yo as soon as I’m skating I want Nirvana or Cardi B.” Right out the gate Megan Thee Stallion, Cardi B, and Glo Rilla were blasting. 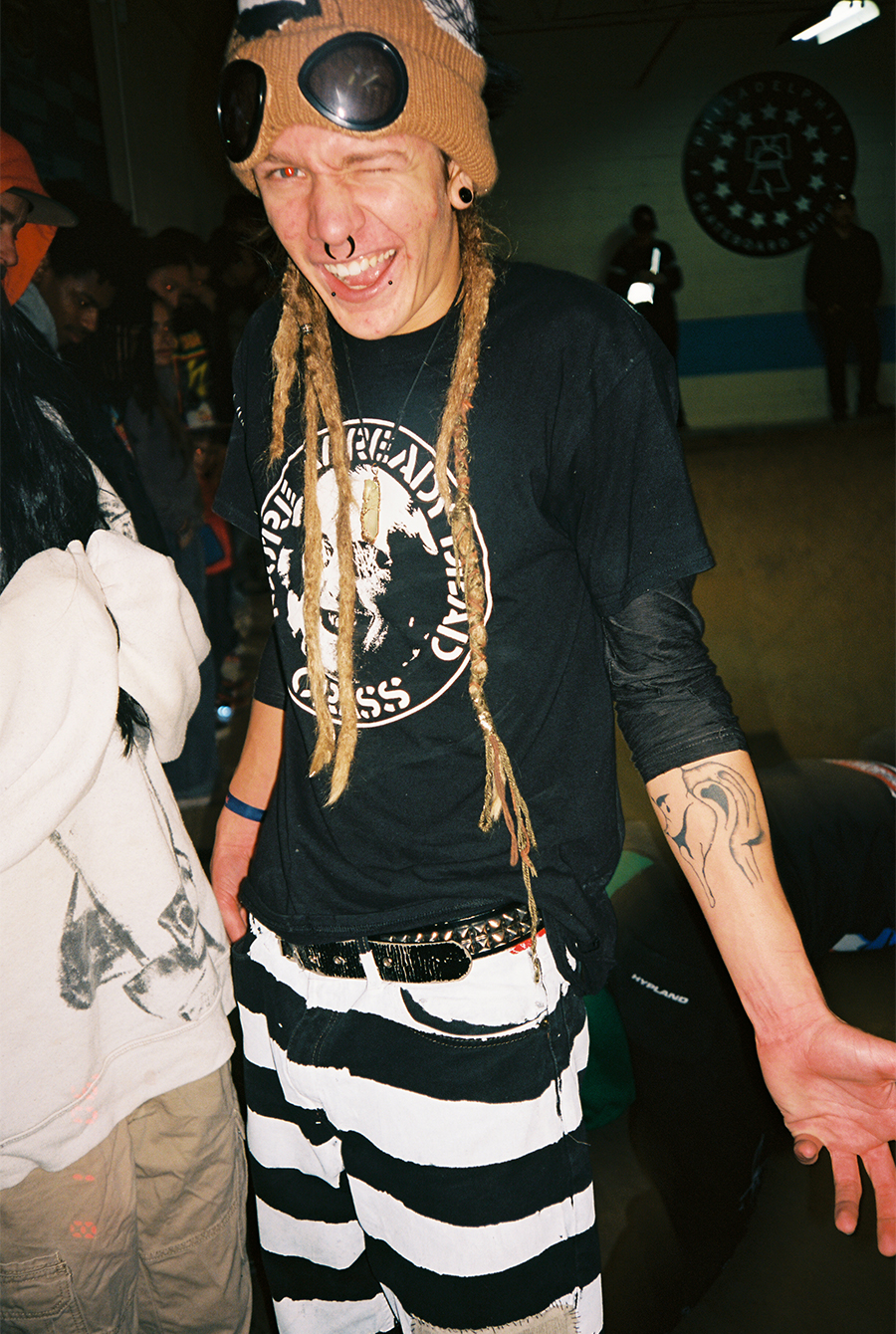 Say what you will about the pirate meets steampunk meets cartoon prisoner outfit, but this dude right here was the only person to pull out a Christ Air this weekend. It was his go-to trick and the crowd got gassed every time. He might not have won any money or a trophy, but he definitely won our highly coveted and totally real “Jenkem’s Peoples Champ Award.” 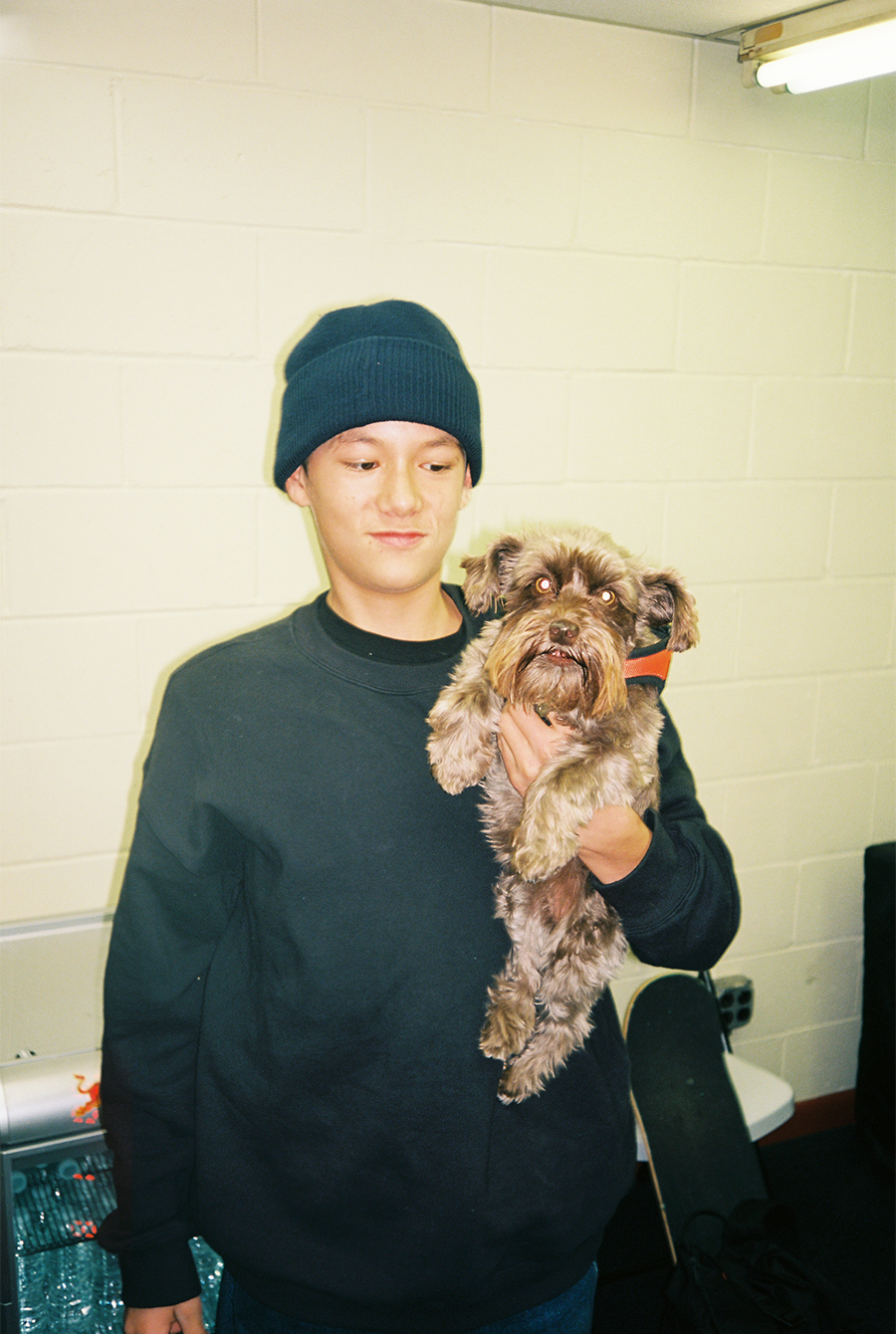 I’ve met Jiro‘s dog Coco just as many times as I’ve met Jiro now. I’ve seen Coco at skate contests, regular sessions, and skate shops. Maybe he’s trying to get his dog #sponcord? I guess that’s the dream, have your dog do all the work and collect the checks! 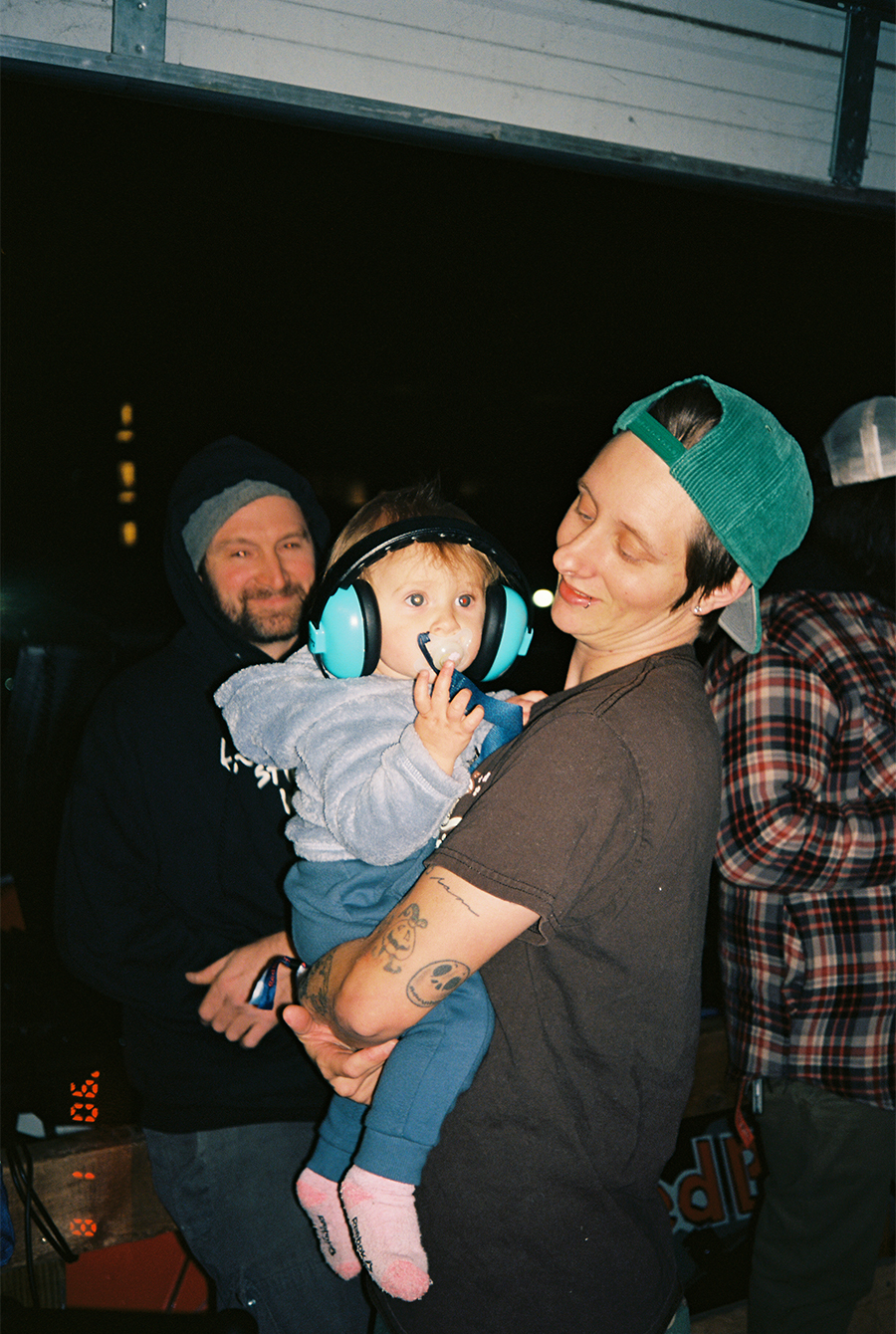 Most people go skating and escape their responsibilities, but not Celina Meehan. Apparently, Celina and her husband, Tim Achilles, bring their newborn baby to almost every session. While the baby mellows out in the stroller, her parents get to skate together. Seems like a picture-perfect rom-com for couples without health insurance or 401ks. 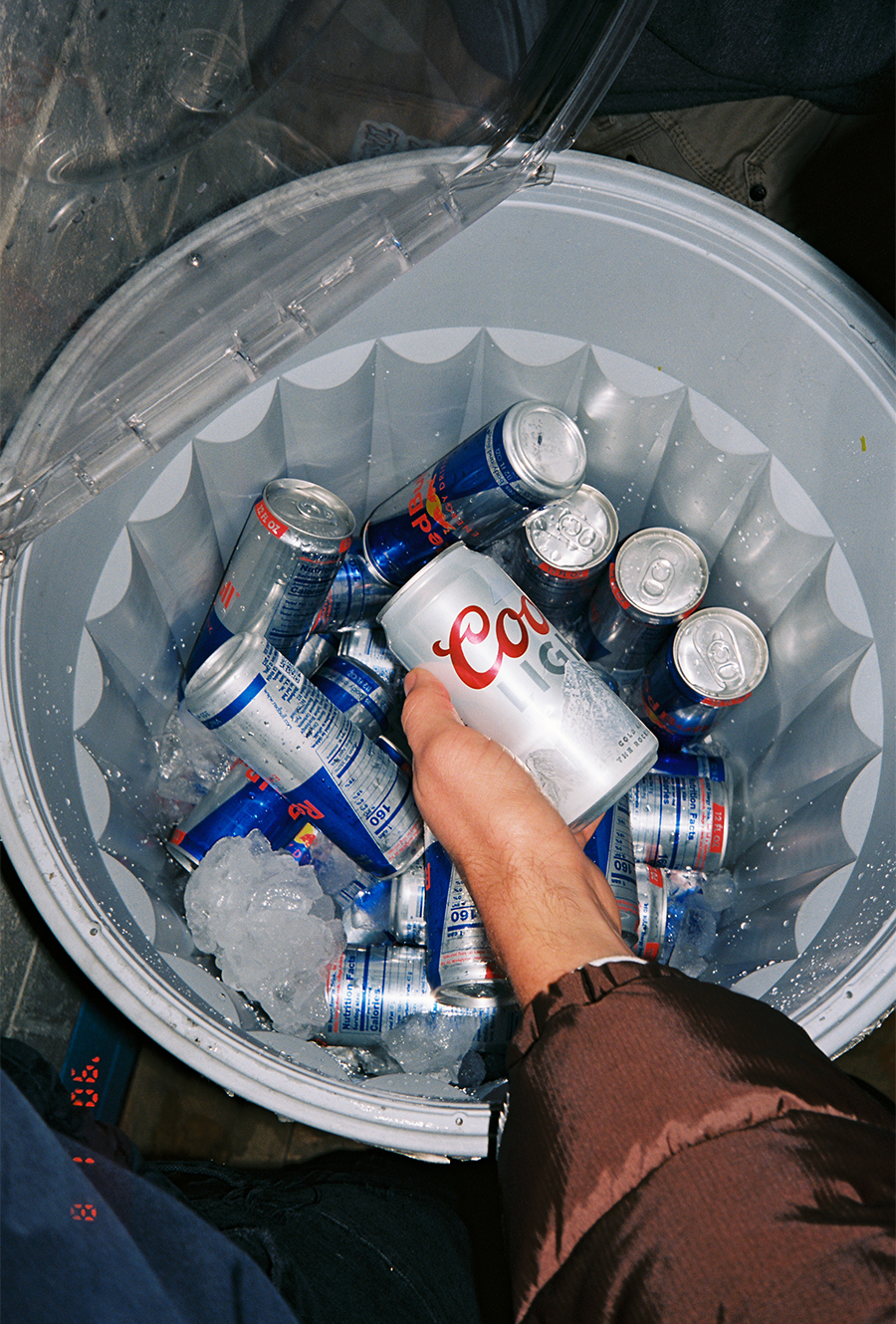 In an effort to save some Red Bull for the under-21 crowd, some of the older heads voluntarily switched over to drinking Coors Light as the days progressed. In the end, everyone won. 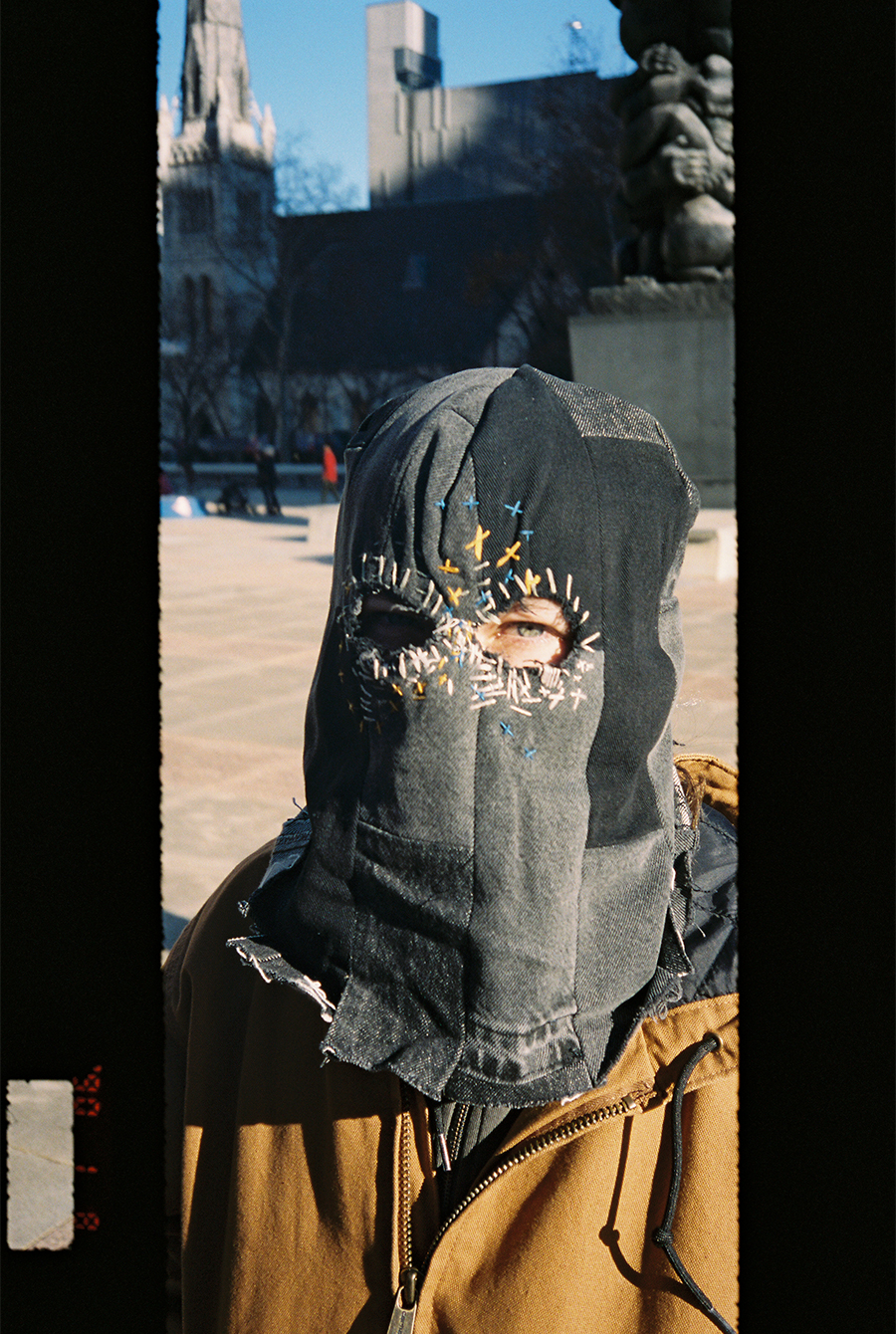 By now most of you have probably seen Supreme’s latest vid, Play Dead. This is Little Tommy, a local kid from Philly, who ollied the 10 stair to open up the Philly section. Just to give you a glimpse of how much the Philly scene loves this kid, when his clip popped up, Jake Todd said, “You would’ve thought someone did a 900 down Love Gap. The place exploded.” 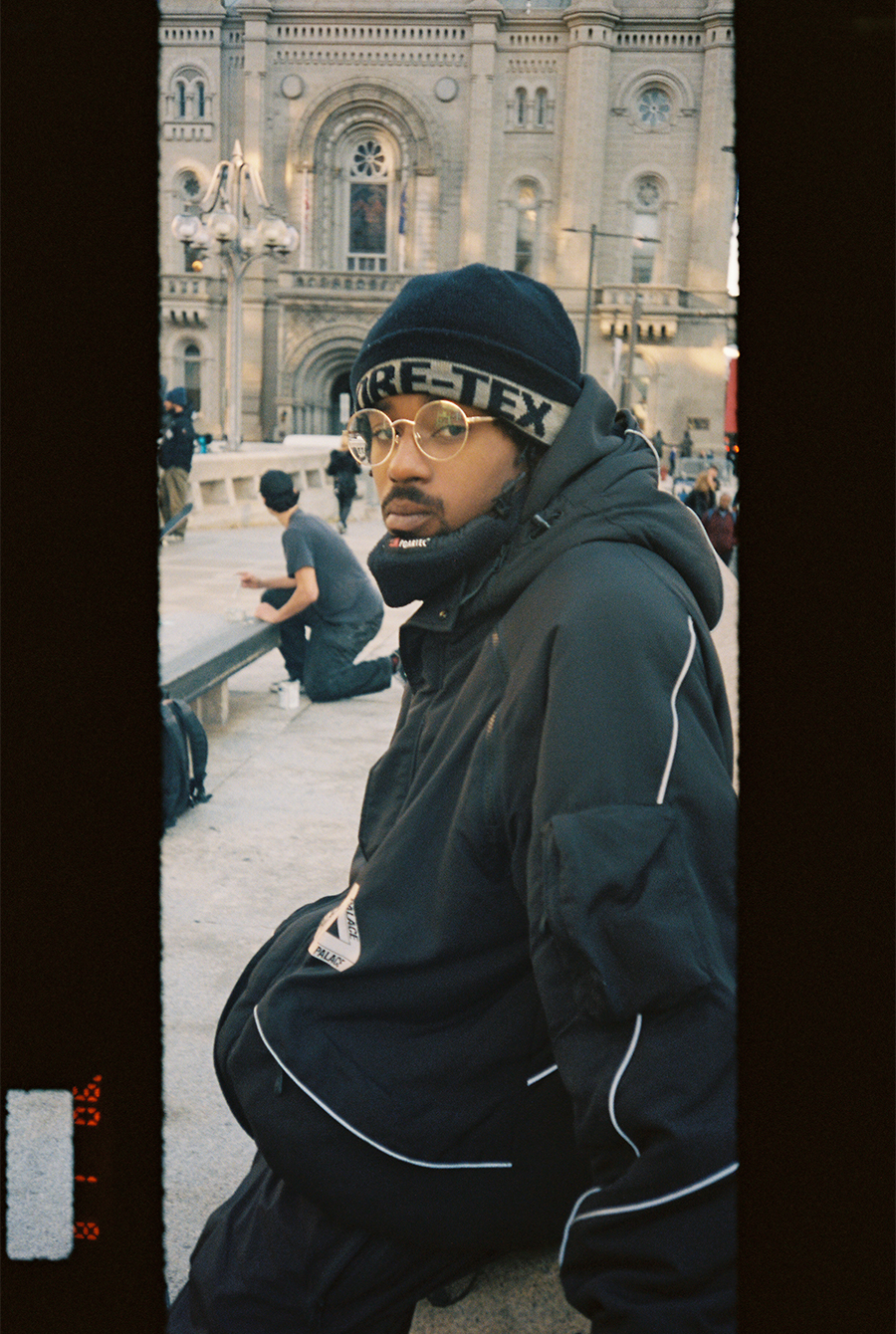 After the contest, Jahmir Brown hit our photographer up to shoot a photo at Muni. I don’t know what the trick was or if he landed it, but who cares because this photo of Jahmir looking cool as hell in his natural habitat is enough to get me hyped.

The city of Philly cuts out all the chunks on those benches at the Municipal Building, AKA Muni, to try and deter people from skating them. That means someone has to go and fill them in with bondo. This weekend in particular, Brian O’Dwyer was deadset on being the one who filled them in. Some people were maybe mildly talking shit that it was a sloppy job, but that’s just how it goes in Philly. Doing a favor for the 50 people who go there every day and they’re still like, “Yo, dawg I don’t know about that.” It’s the best.

Sonny’s Cheesesteaks might not be the number one cult classic cheesesteak joint, but they have something else the other spots don’t. Right when you walk up to Sonny’s you’re treated with one of the most ridiculous restaurant slogans in the tristate: “You can’t beat our meat.”

Ah, the famous Red Bull Mini Cooper. I still remember when I was in college, the hot Red Bull girls would pull up to the library in these early in the evening to hand out free supplies to people getting ready to pull all-nighters. I always thought it was extra brave of them to willingly subject themselves to being ogled at by greasy nerds who had no idea how to talk to women. Salute to the real troops.

Big thanks to everyone who put this weekend together. The winter months can get pretty bland out here and on the East Coast so having an event where everyone can hang out and skate a bit does a lot of good for everyone.