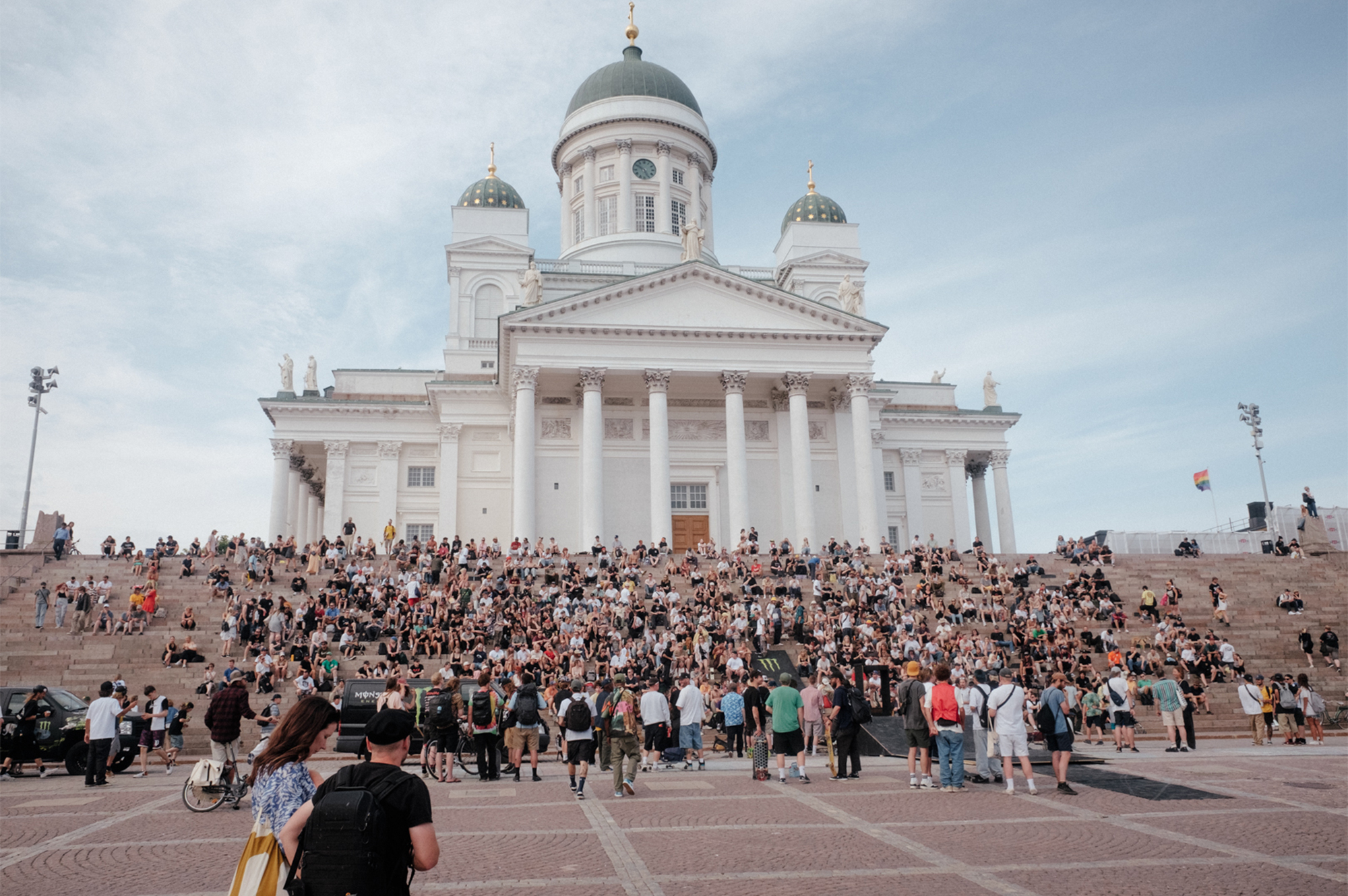 Finland is a unique place. To virgin eyes, it probably seems like any other Scandinavian-ish country (everyone’s mostly blonde and good looking), but upon staying there for over a week, you started to pick up on the nuances. The obvious one is how close Finland is to Russia and Estonia, giving it a slight Baltic influence that the Swedes and Norwegians do not have. You can take a two-hour boat and hop on over to Estonia at any point from Helsinki, which is like going from the USA over the border to Mexico — a bit cheaper and more wild west. 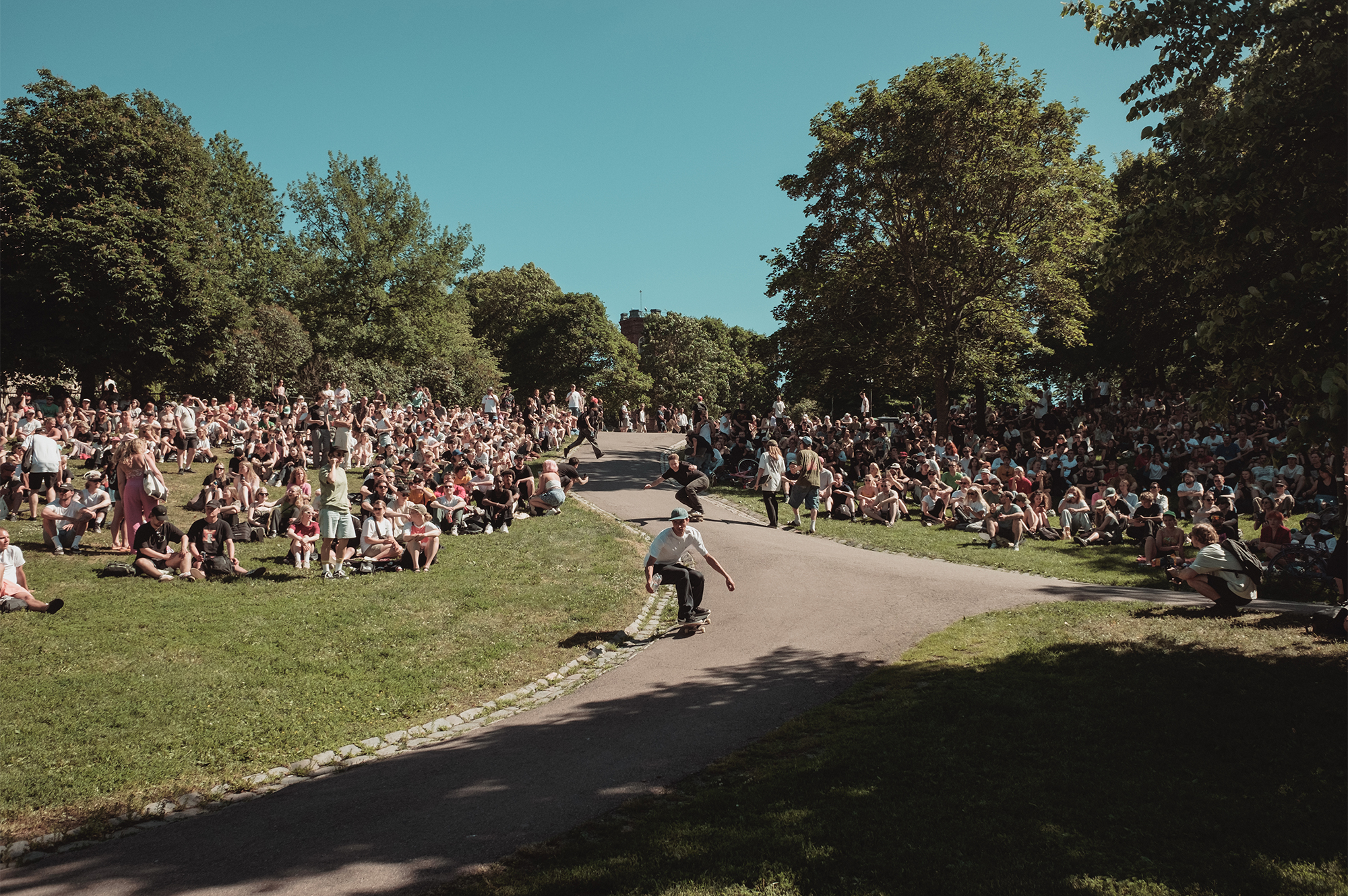 But what were we doing in Helsinki exactly? Well, we were there to check out the Helsinki HELride and Koff Race. HELride is sort of a more underground CPH Pro, where the contest organizers set up obstacles at street spots downtown and everyone skates them for cash while the crowd cheers on for blood like a gladiator battle. The Koff Race is organized by locals and consists of a hill bomb and rail over a pond. Yeah, the one you saw on IG where the guy broke his nuts. 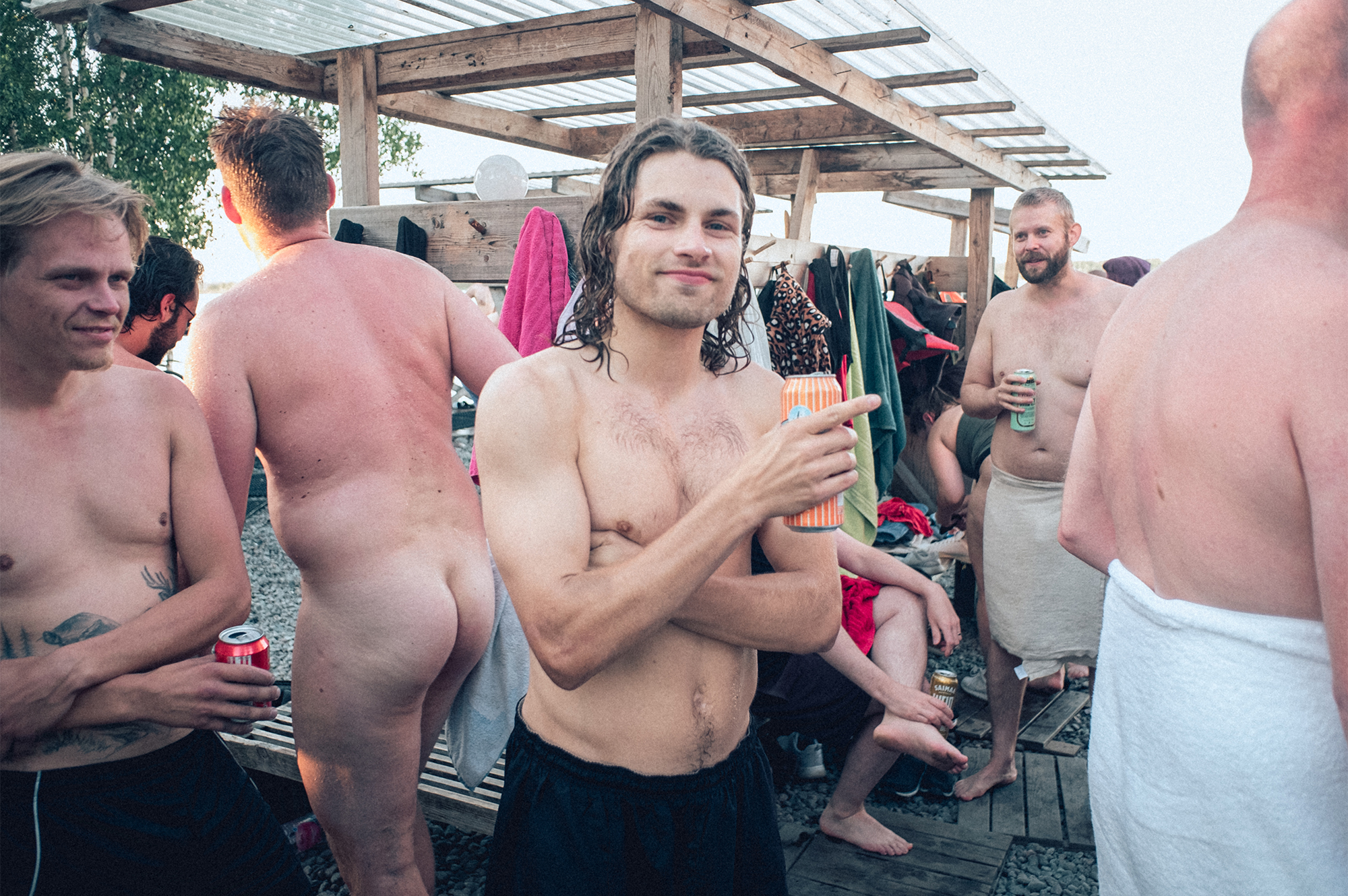 Saunas are HUGE over there. What I’ve been told is the winters are so hard to get through (because there’s so little daylight in the winter) that saunas are a way to keep warm and stimulate endorphins to get you through the more challenging months where people are prone to depression. If I were to re-design their flag, it would just be a couple of stripes and an outline of a sauna and a beer next to it.

One night we went to Sompasauna, which is a DIY sauna run by the local community and open 24/7. I headed there tipsy at around 1AM on a Monday, not sure what to expect and sure enough, there were a dozen people there, naked, drinking beers and singing songs on the piano in between sauna sessions. It was incredible. Not a phone in sight, just pure primal forest dwelling shit. Looked like a new-age swingers convention. 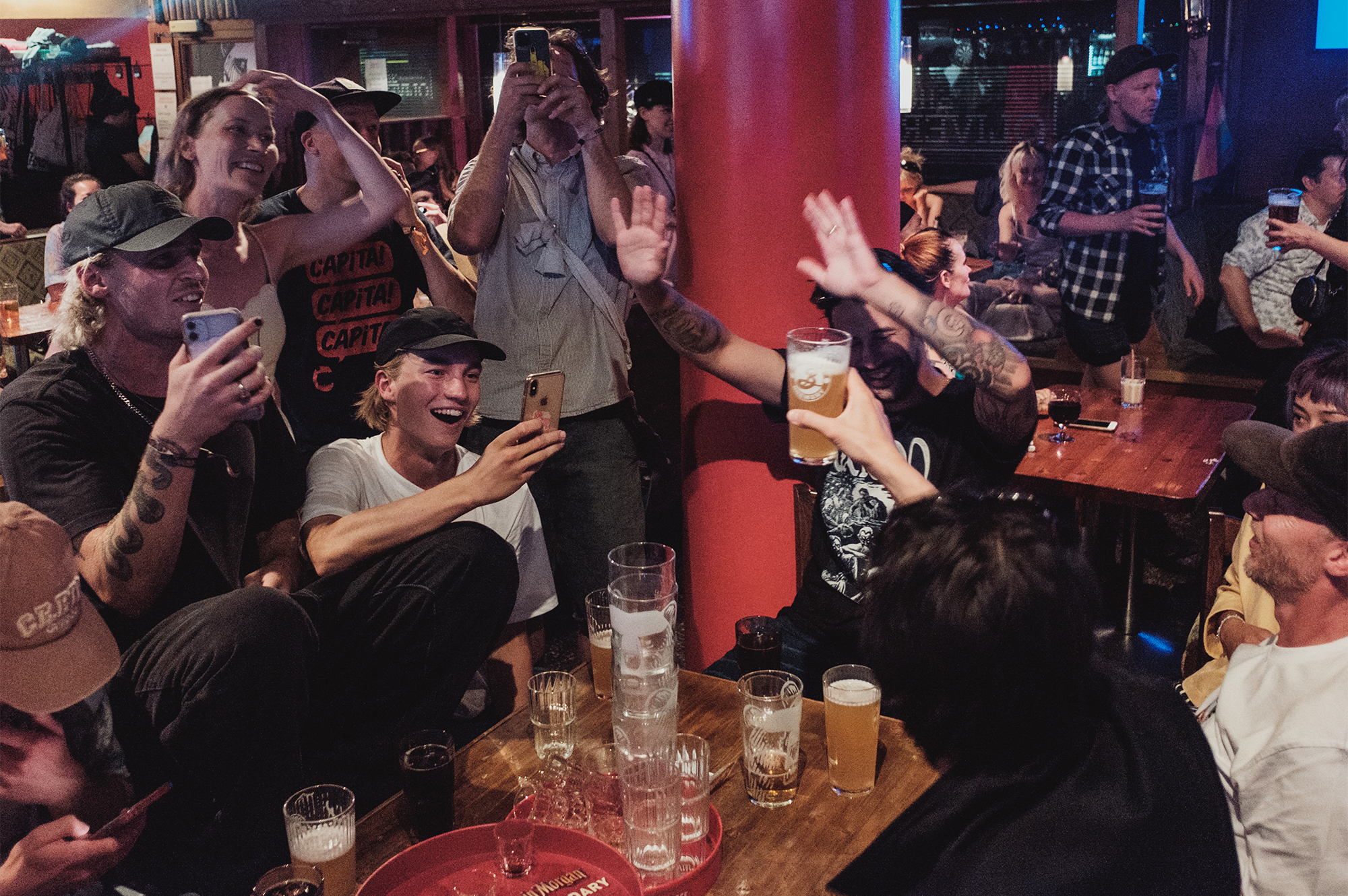 In Finnish, “Pussi” means package, and “Mega” means, well.. mega. Portions are relatively moderate in Finland but If you’re able to find big bags of chips in the grocery store, they make sure to let you know you found the biggest version of them with “Mega Pussi” proudly written across the packaging. 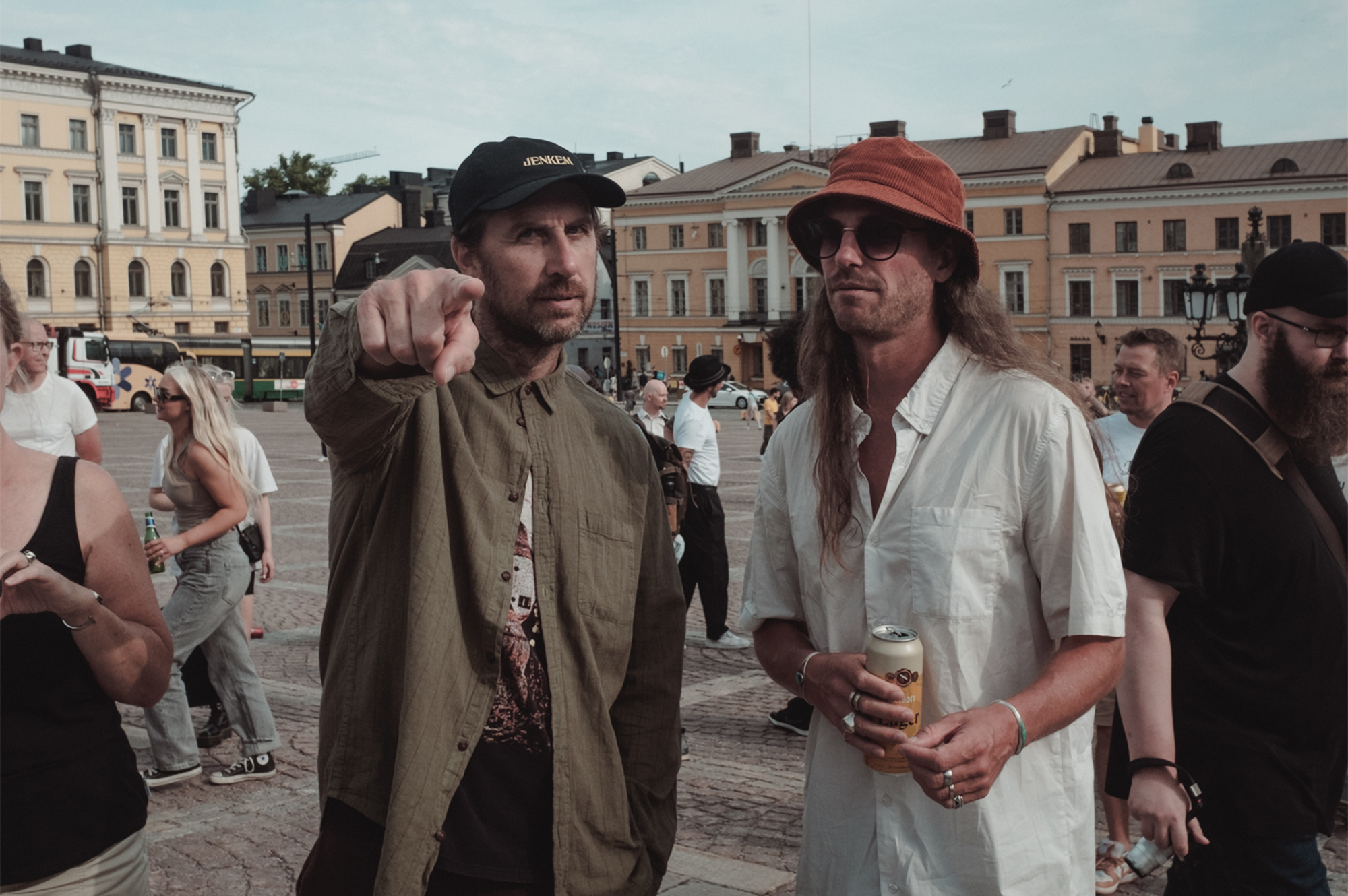 If you’re a sucker for blonde hair, pale skin, and icy blue eyes, you will surely be overwhelmed in Finland. Everyone’s beautiful, and you’re going to see modelesque cops, McDonald’s employees, handymen, and more in other non-glamorous jobs. I wonder if they know they could be models in America if they wanted to. 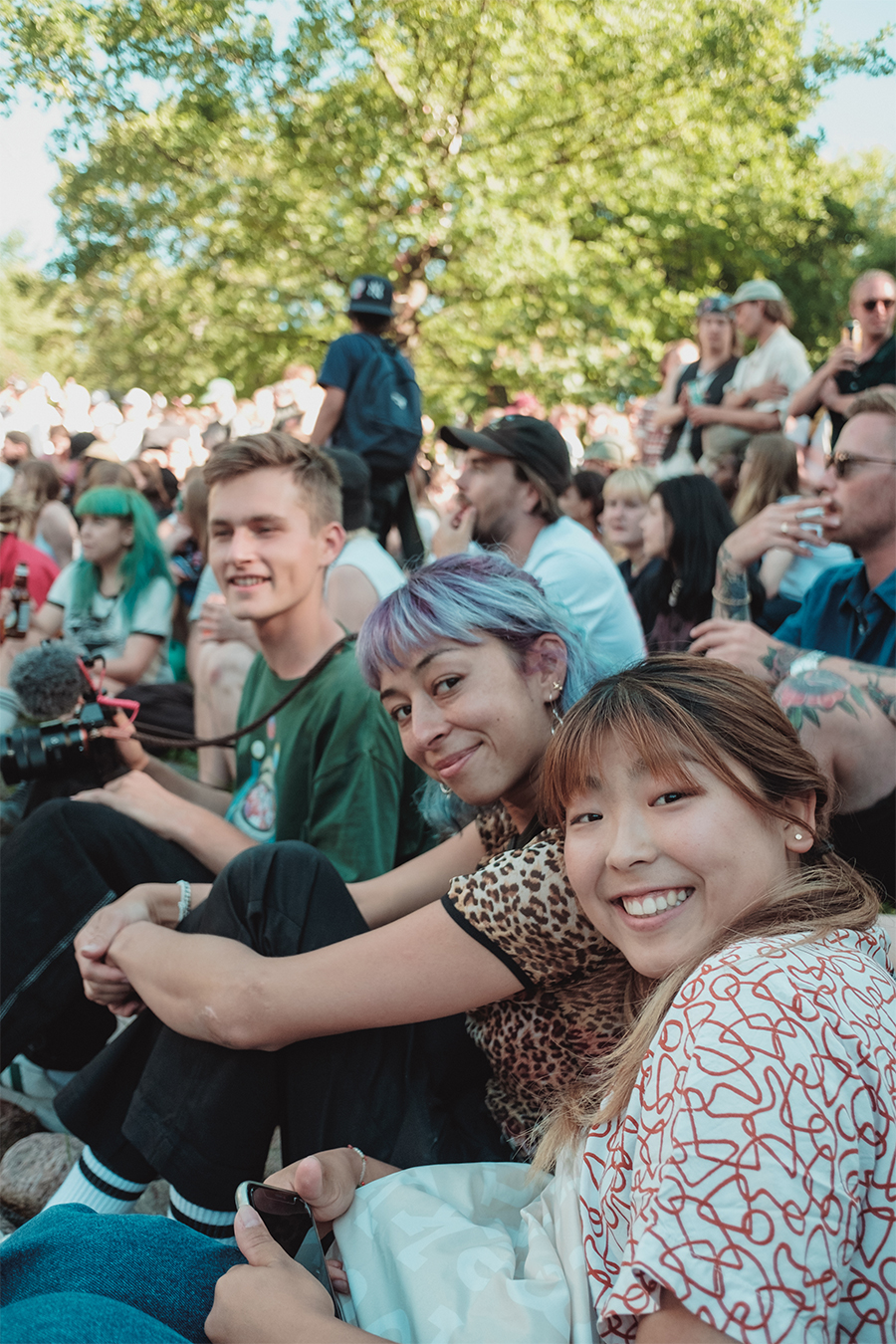 For a relatively small population, Finland produces some pretty versatile skaters that have international recognition. Arto is the grandfather of it all, but Marius Syvanen as you know has made waves in skating over the last 20 years. There’s also Jaakko, Eetu, Eniz Fazliov and Lizzi Armanto. We did features with 3 out of 5 of these people. Feel free to guess which and if correct, we’ll Venmo you $1. (You’re gonna have to leave your Venmo handle in the comments though) 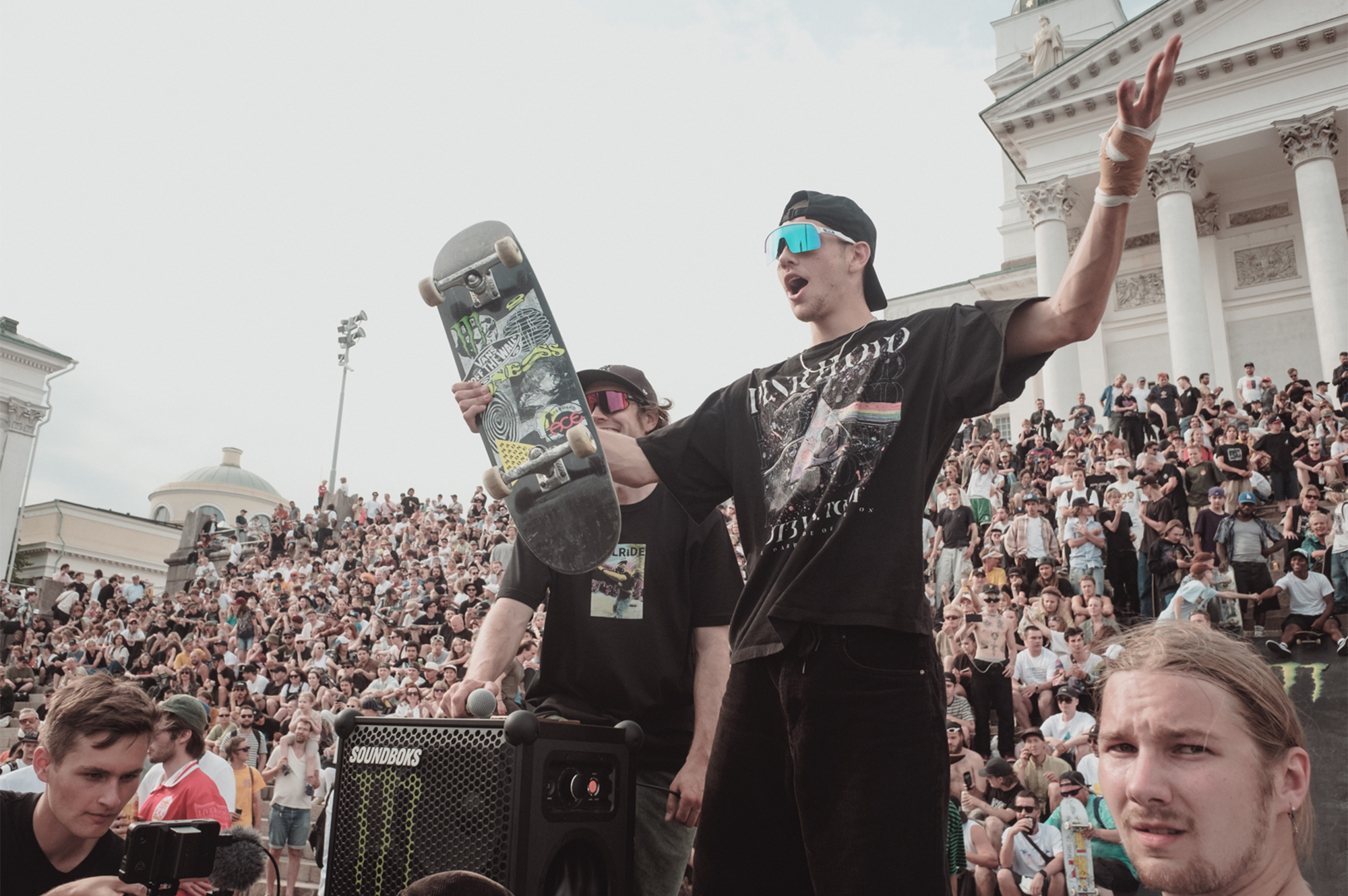 We’re lucky we came this year because I can only foresee this event getting more and more blown up until it just feels like another week extension of CPH Open. That’s not a bad thing, but we do feel honored (and I mean that) to have been invited and come before Thrasher and everyone travels from afar and makes it another major media stop. 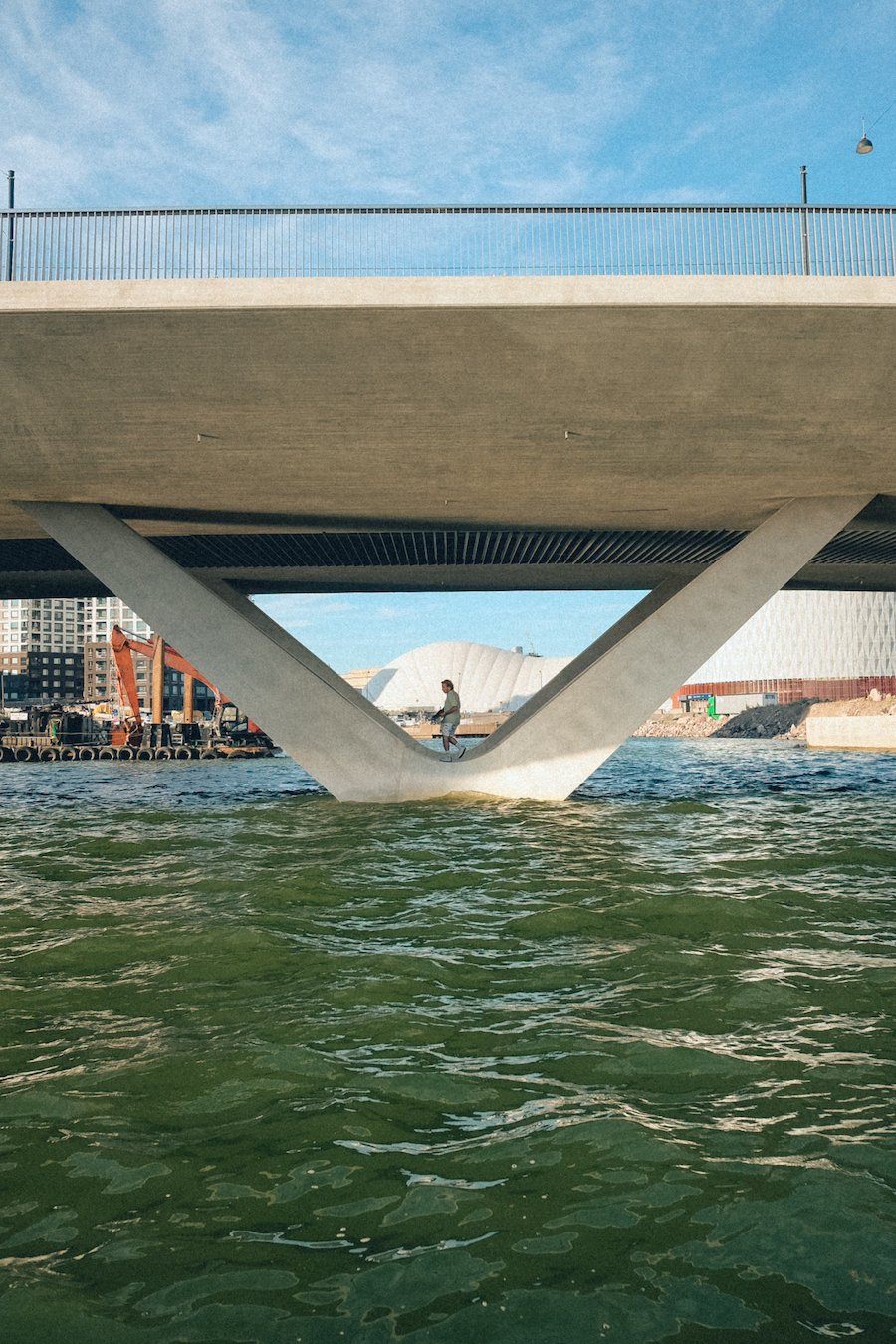 I’ve been on a handful of trips with Marius [Syvanen] and something that always stands out to me about him is he always makes you feel included and part of the crew. I’ve met other pro skaters who just think you’re there to film them and care less about what you do, where you’re from, or what your name is. Marius actually stimulates conversation, it’s not just a one-way street about them. I guess those other guys will have a rude awakening once their careers end and they realize the earth doesn’t rotate around the skateboard industry. 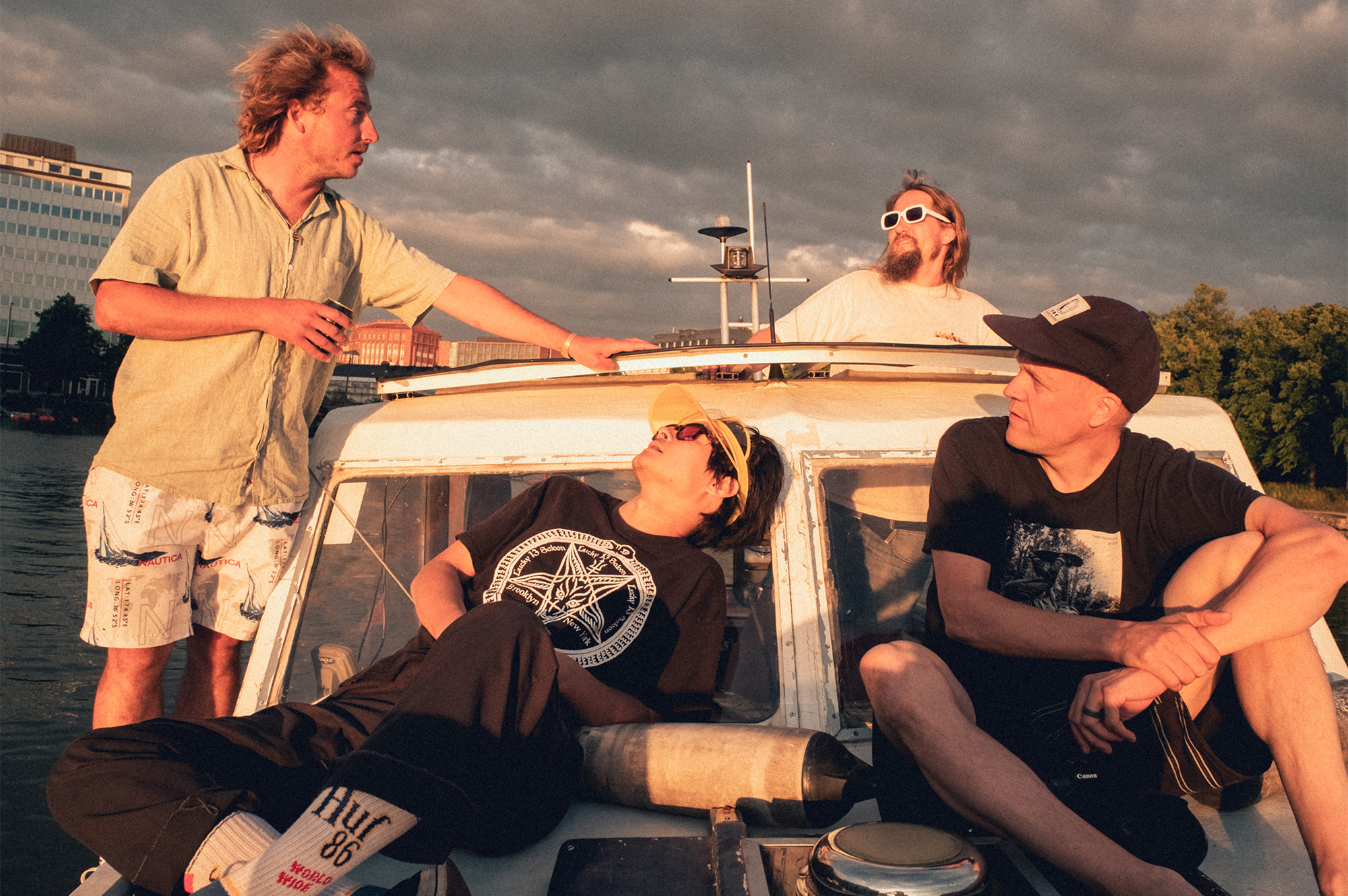 You don’t need to be “in the industry” or have to know someone to experience this shit. All you need is an airplane ticket, and you’ll be welcomed in open arms with high-caliber skating, friendly smiles, and a new group of friends. It’s like summer camp, you might be a little nervous at first but by the end of the weekend you know all the locals and everyone already knows who you made out with. 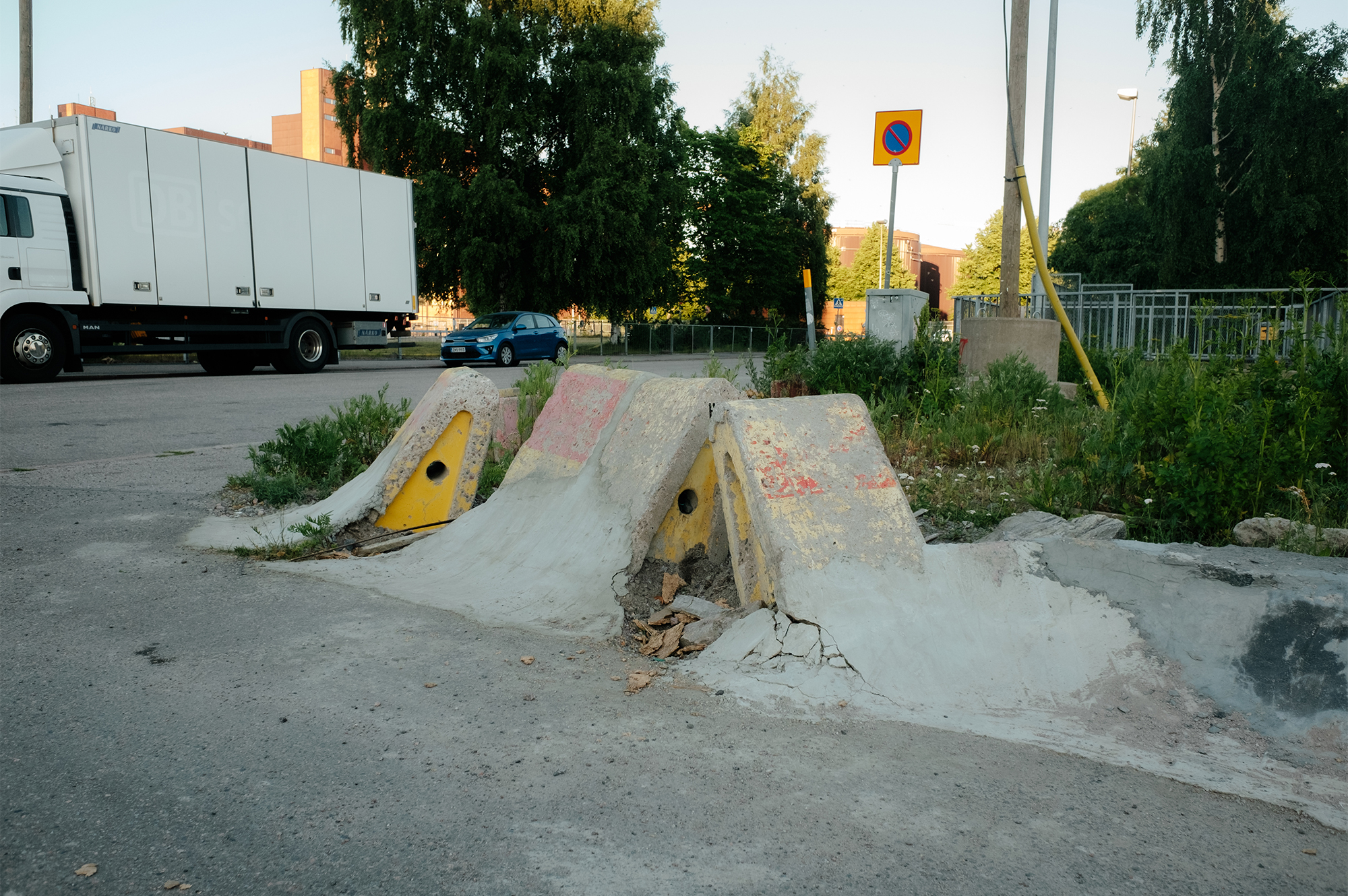 In America, you have to have a beard and a full sleeve of tattoos to get any DIY builder cred, but in Helsinki, there were two lanky-looking lads forging the scene. Only 18 and 19 years old, the two kids started making their own concrete ramps during Covid, proudly out of stolen “found” extra concrete. Their creations are not perfect, which is oddly refreshing among the perfect skateparks available throughout the capital. Who knew if you had it that good you’d just want to skate some garbage every once in a while. 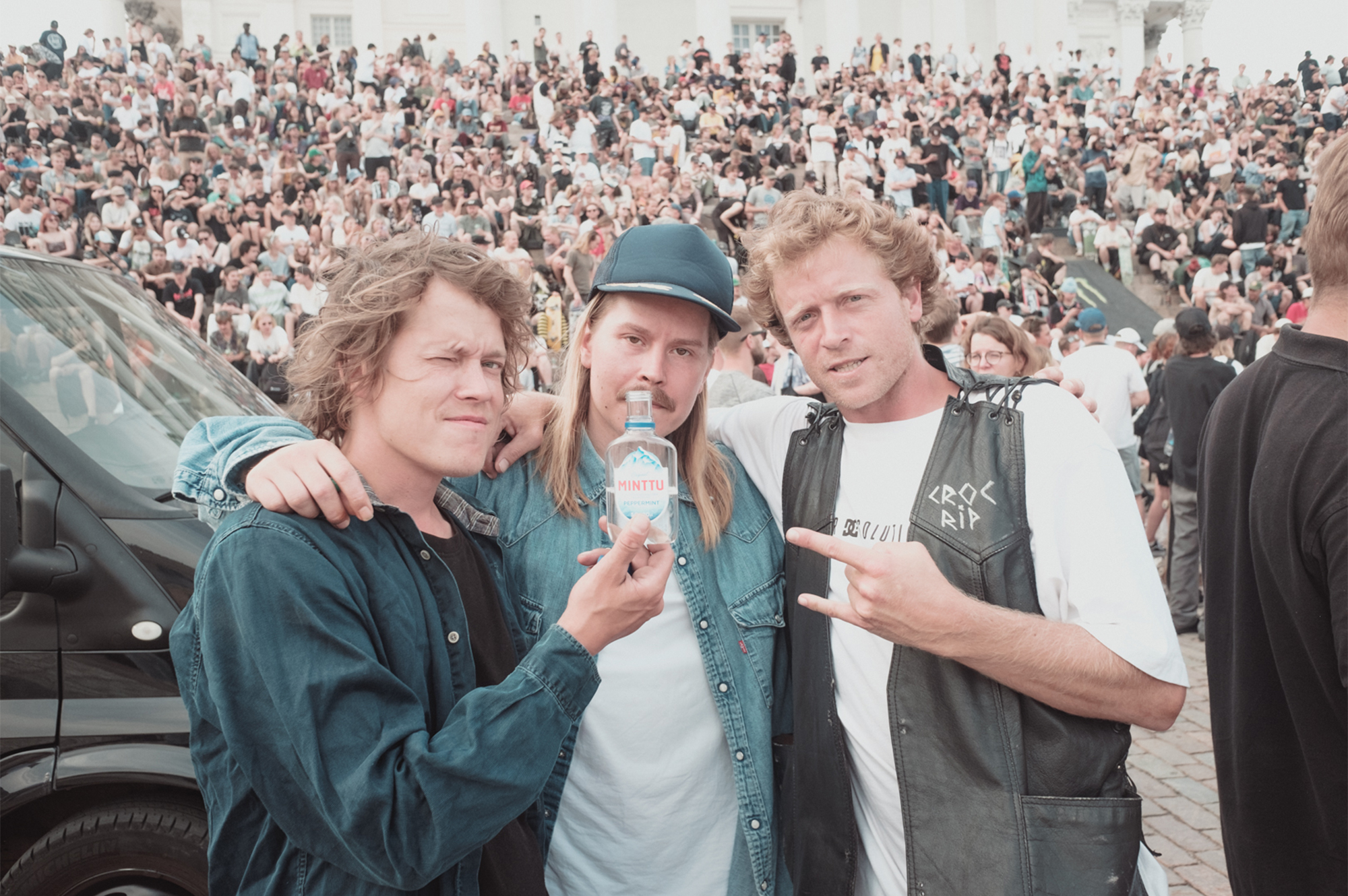 Finland has also produced some notable acts that are worth mentioning. HIM, Bomfunk MCs, and Darude are just a few that blew up internationally. HIM is the band Bam Margera got a tattoo of above his dick, Bomfunk MCs have that one “Fr-fr-freestyler song” (you know the one), and Darude made “Sandstorm”, which is like the original Rickroll. Not bad. The stairs you see here in the background are actually in the “Sandstorm” music video, which means this contest is automatically the second most exciting thing to happen here. 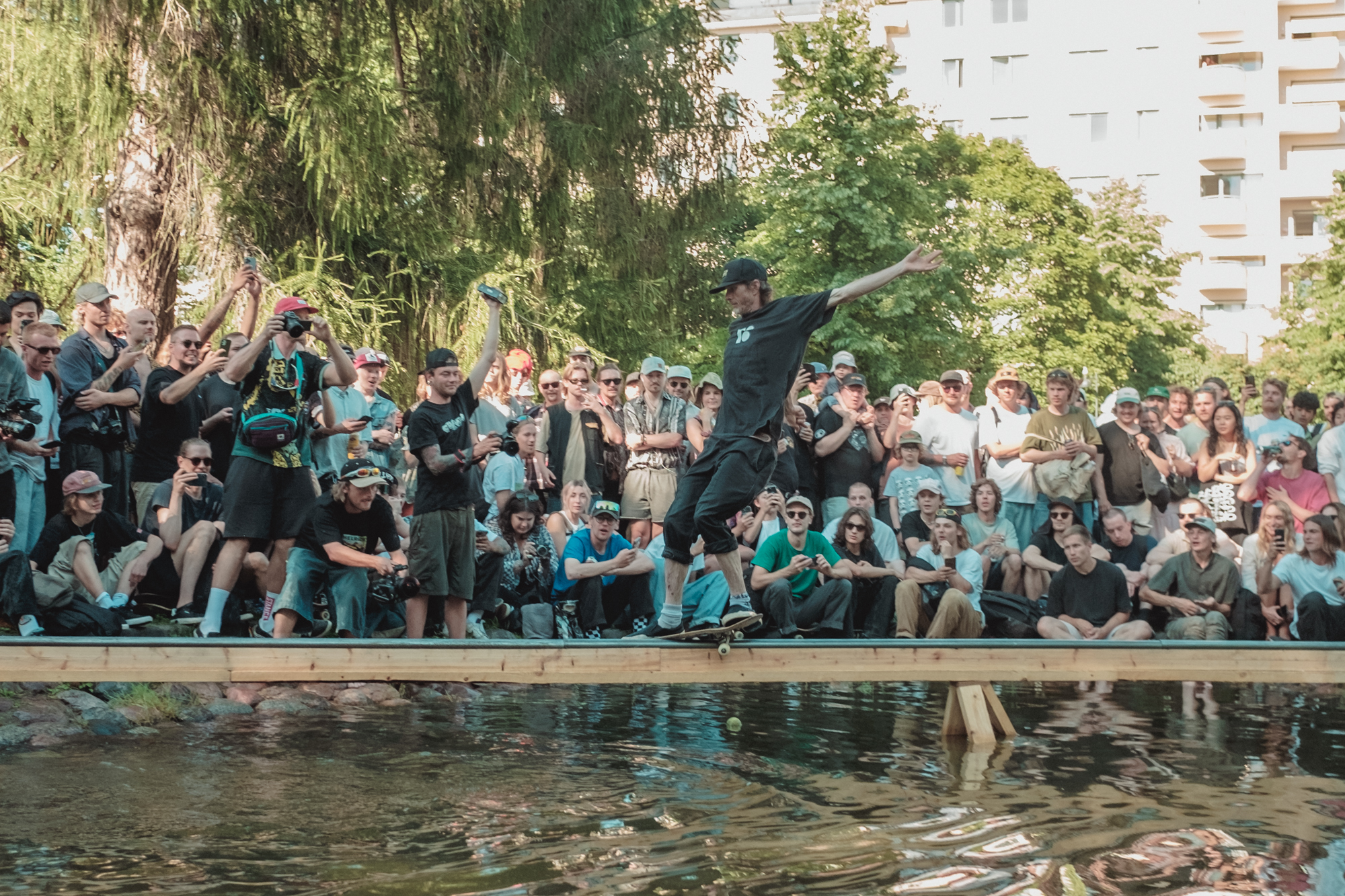 The highlight of this trip was surely the Japanese game show looking death trap. It was truly dangerous and only a handful of skaters from the event even dared to skate it. It quickly devolved into a mix of a slip-n-slide, jackass nut shots, and only a few highly skilled rail pinch practitioners ever made it to the other side. Pat Duffy, being one of them, getting a 50-50 across and a smith grind soaking wet. Not to mention he’s the same age as your dad. 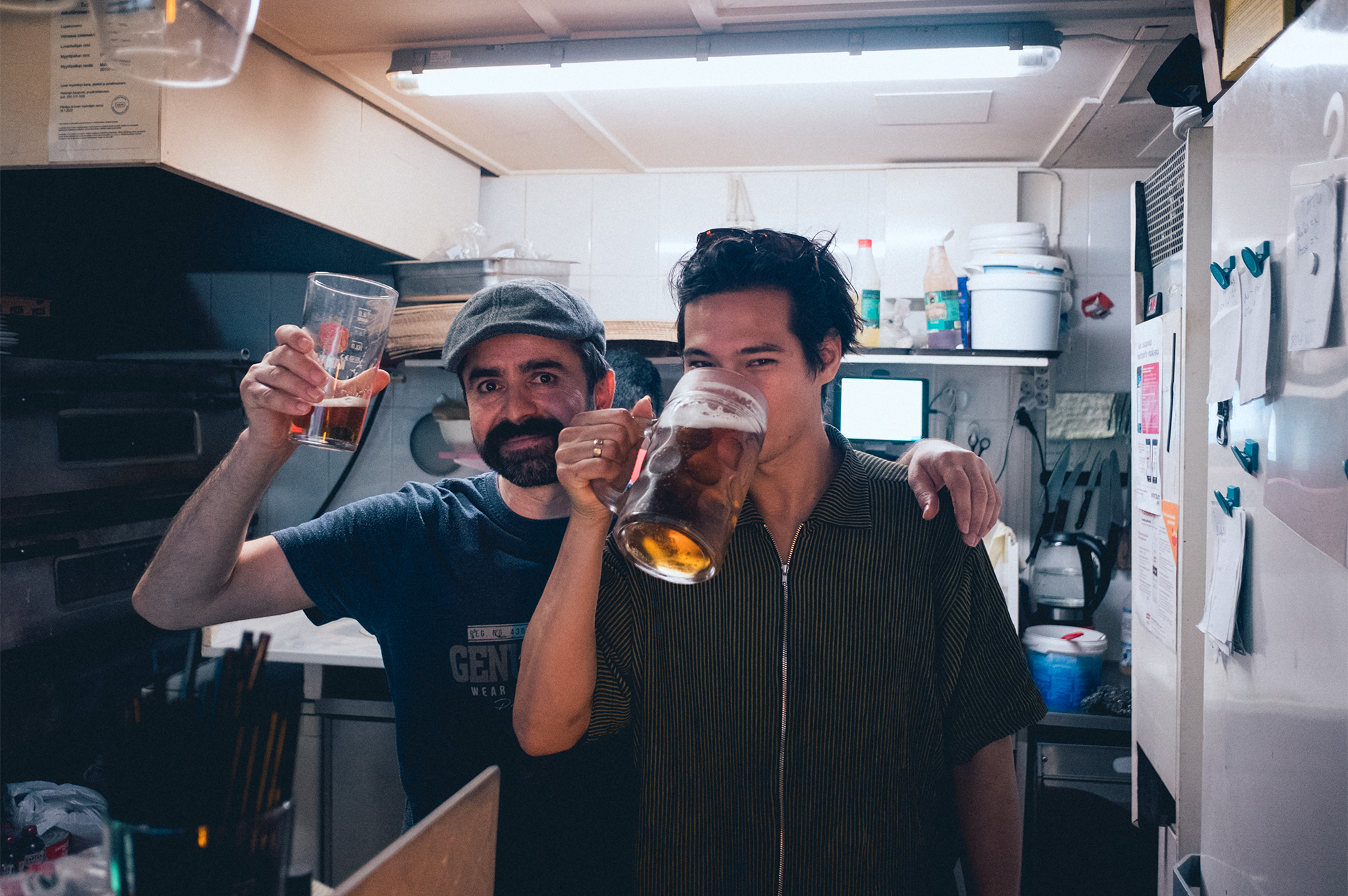 True story, on the flight our filmer Greg got bumped up to business class, I guess because of some overbooking or whatever. He got sat next to two girls who were partying hard, ordering beer and shots the entire time, clearly looking to party. They all struck up a convo and one of them kept mentioning how remarkably comfy and sizable the business class bathroom was. Nothing happened, and Greg has a partner, but that’s just how it goes. When you got it, you’re just given more. 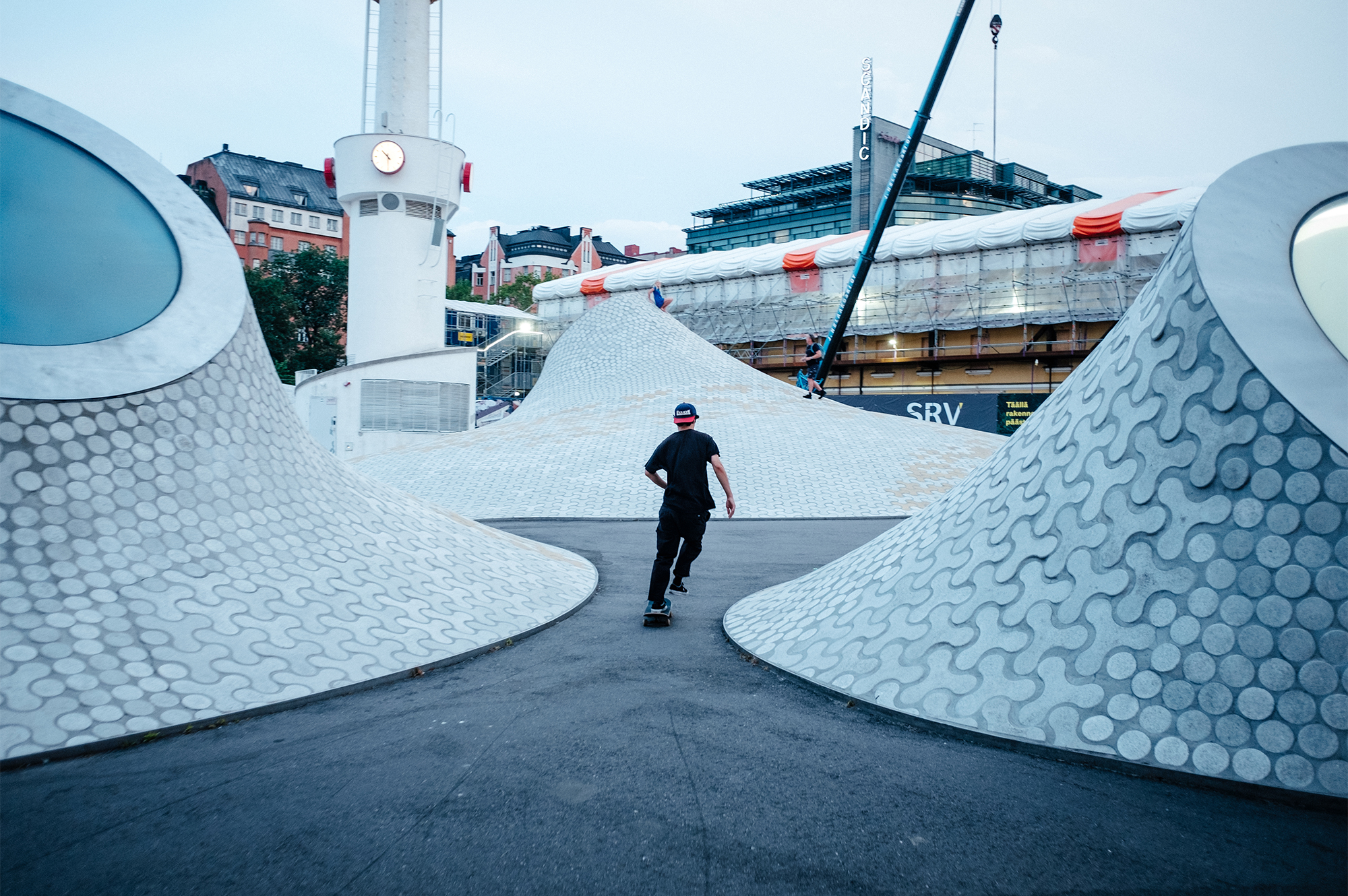