WE WENT TO NASHVILLE TO CELEBRATE SKATE SHOP DAY 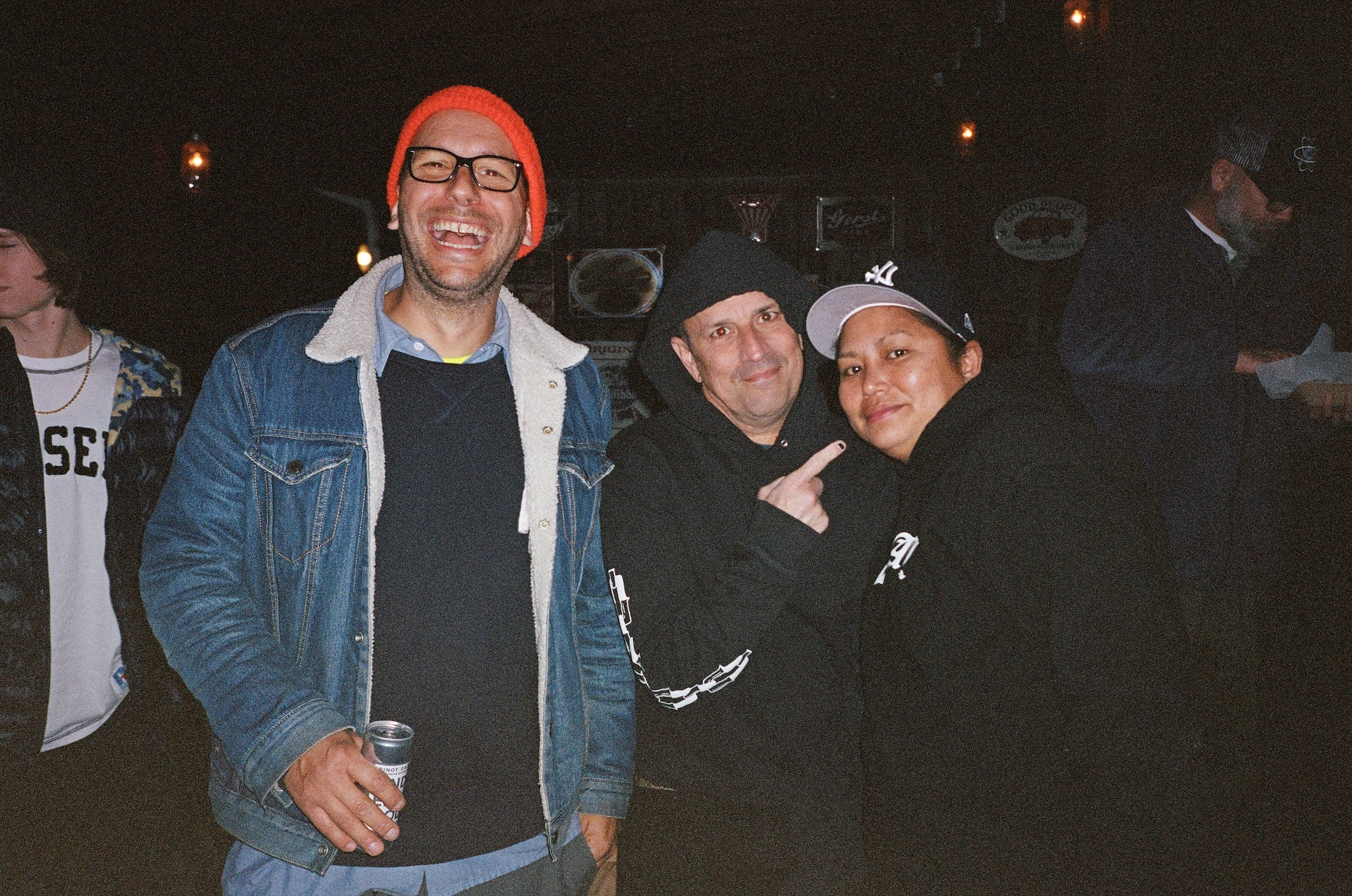 What’s special about Feb 19th? Absolutely nothing. It’s just another slush-filled day in most places in the world. That is until some friends decided to turn it into something meaningful: Skate Shop Day.

Skate Shop Day is simply meant to remind us all to support local skate shops. Historically, retail stores experience a lull in sales after the holidays, with February being the bleakest month of all, and Skate Shop Day was created as a way to help combat that.

This year, Chris Nieratko, Atiba Jefferson, and Adaku organized a crew to go down to Nashville, Tennessee to bring some awareness to the day and give back to kids who might not have access to skateboard gear that isn’t total garbage. Of course, the trip also included three days filled with heavy soul food meals and lots of drinking, leading to an embarrassingly few amount of boards being popped. 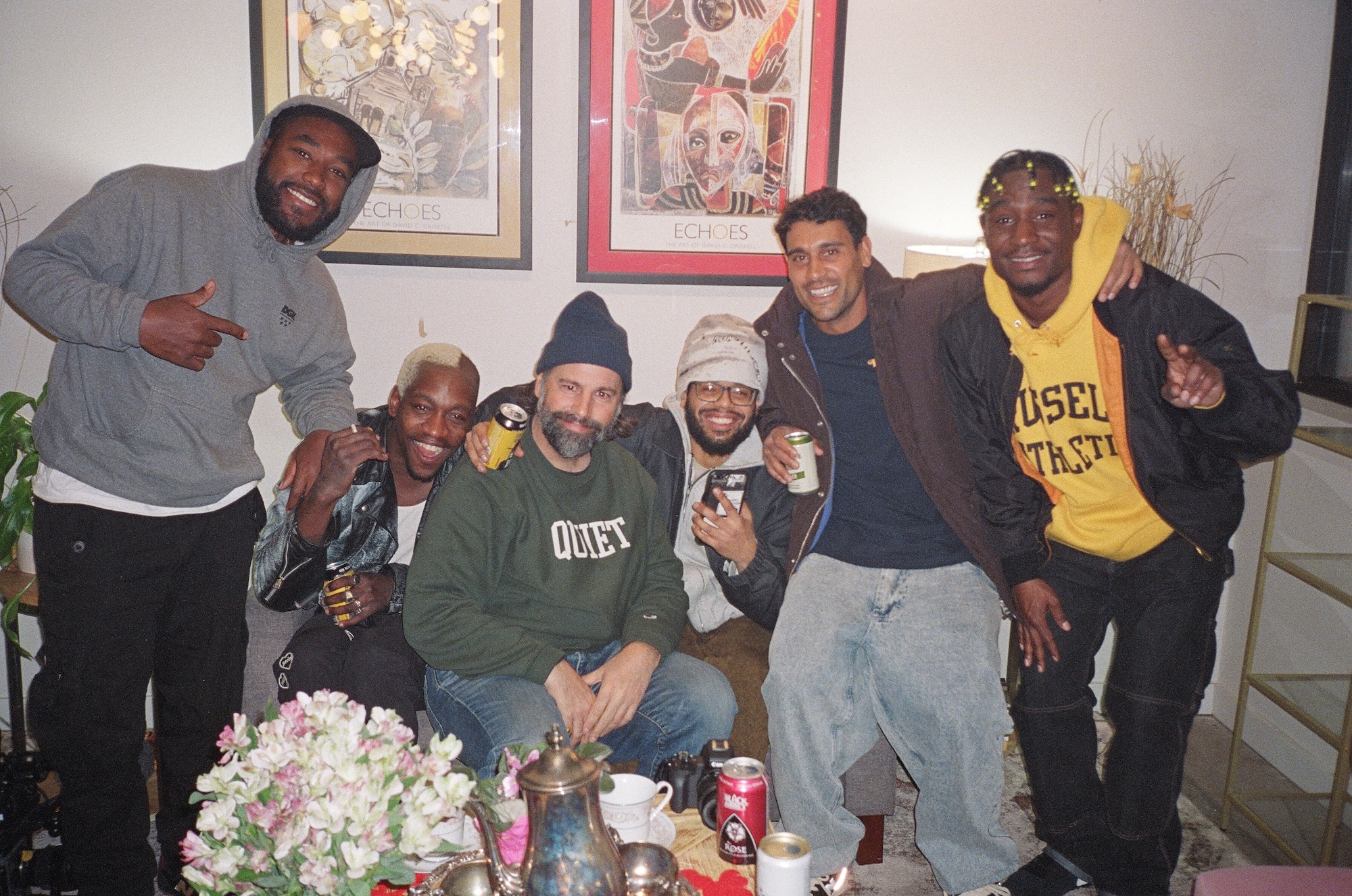 The organizer of the trip was brave enough to book us newly renovated Airnbs for the three days. If there’s one thing we all know about skaters, it’s that they love respecting other people’s property. Within the first 24 hours, we had three holes in the wall, a crumbled granite table, and shoe marks running across every white surface.

The next day, Jaime Reyes stepped in and saved the situation, and reprimanded the culprits by driving them to Home Depot and teaching them how to fix drywall.

Earlier in the night, Jimmy Fallon appeared on stage where we were eating dinner, singing Grateful Dead covers absolutely wasted. He later appeared at the bar taking shots with Gang Corp and crew. Not sure what he’s doing punching Keith’s back like this, though. Maybe it’s some new fangled shiatsu massage. 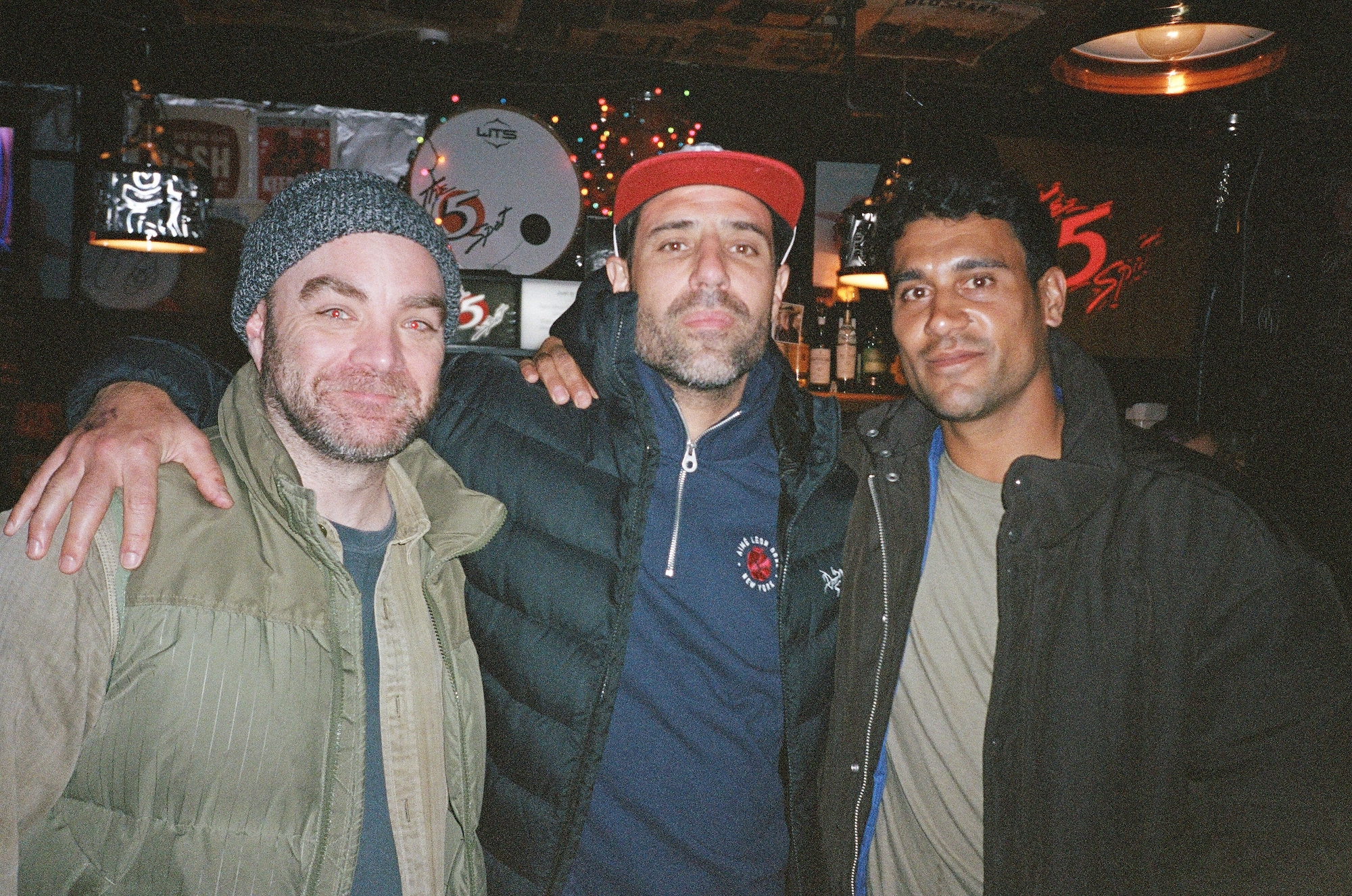 Chase [far left] isn’t just another white industry guy with a beard, he’s also Jenkem’s first advertiser! Two years after Jenkem was founded he started throwing us $300 a month to run banners on the site, but he was tough. He wanted to see the money recouped every month in sales. While $300 isn’t a ton, it gave me hope, and he introduced us to DLX and Lakai, who were down to advertise as well, making 2013 our first “real” year in business. As a result, I prematurely quit my part-time job barbacking until I realized I still needed the income and they graciously rehired me. D’oh!

Not knowing shit about Tennessee, we posted on Jenkem’s IG stories for local recommendations on our first night. Within minutes someone invited us to their 27th birthday party at a house not too far from our Airbnb. Buzzed and curious, we walked to the college-esque house around midnight. The party was dying down but we said hi, took a photo, drank a beer, and left. It ain’t Make-A-Wish but it’s something! 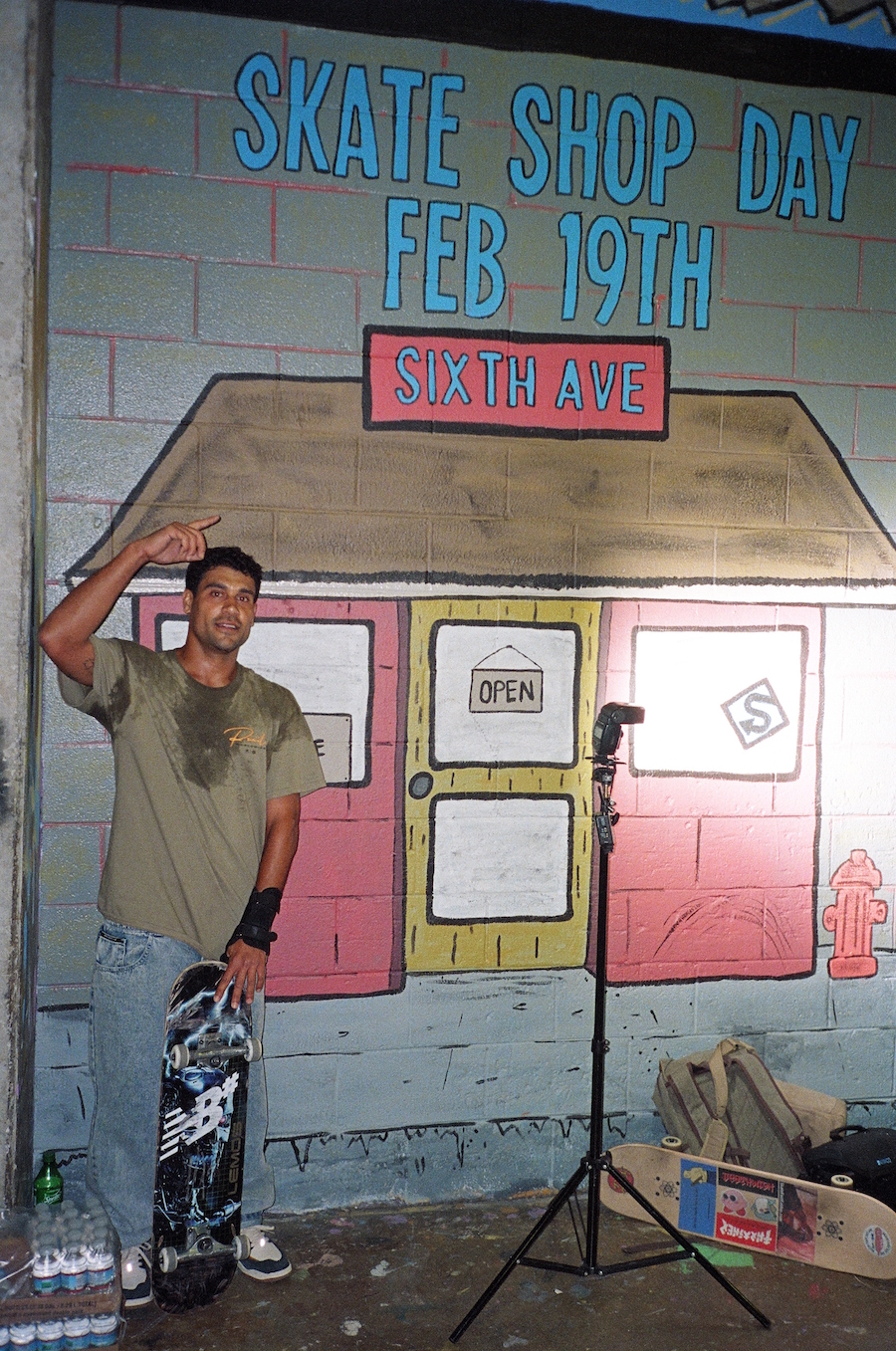 OK, here’s what we are actually here for—celebrating the day at Sixth Ave‘s shop and park.

I once asked a girl who notoriously liked skater boys what she liked most about skaters besides their lack of hygiene and general carelessness. She explained that skaters mostly all have skinny frames and nice big butts, which makes sense because if you’re doing tricks you’re essentially doing squats all day. If that theory checks out, Tiago must have one of the ripest asses on planet earth. 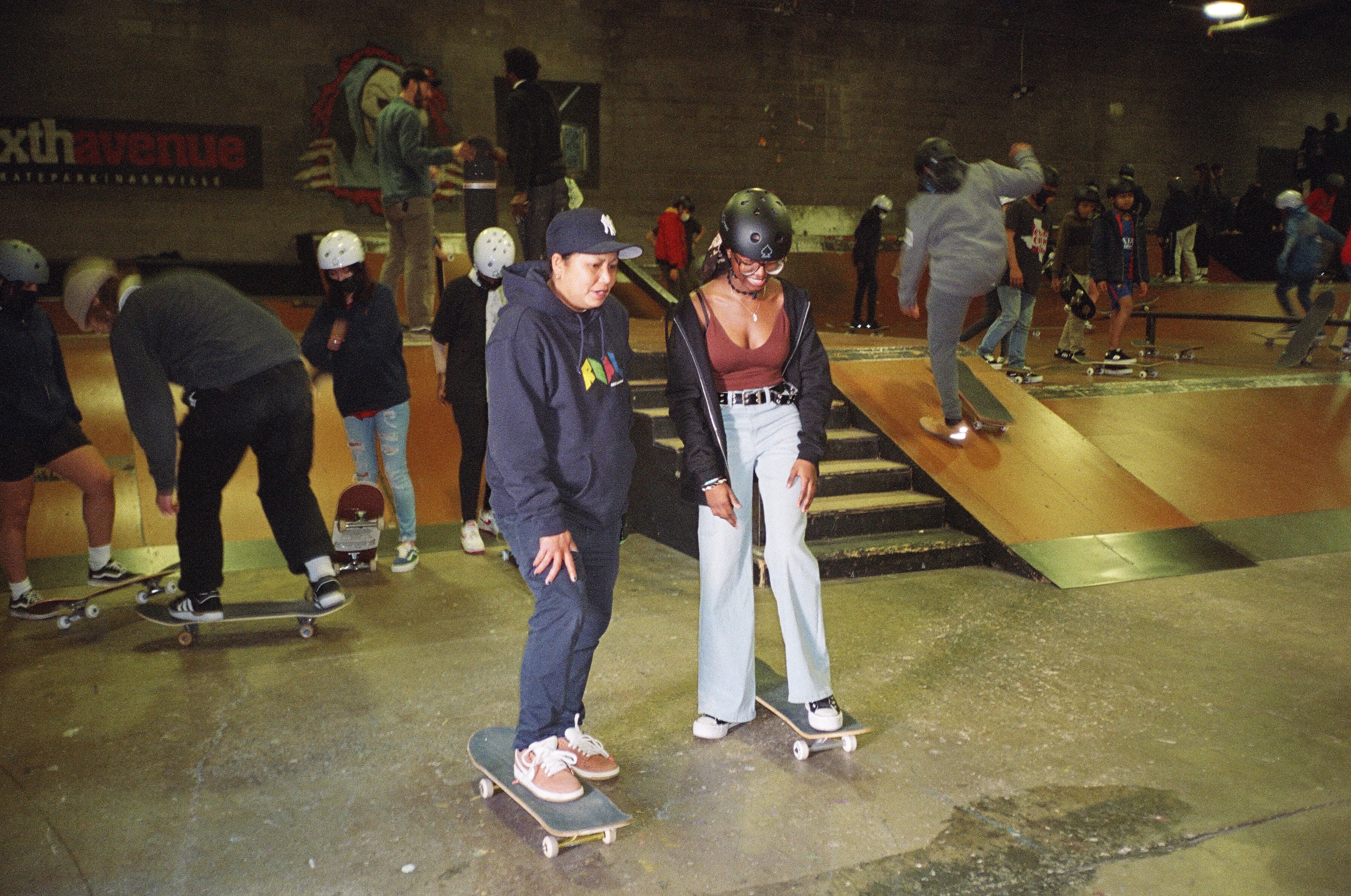 Jaime Reyes explaining that it’s OK if you push mongo, but one day you’ll probably start getting made fun of, and at that moment you’ll have to decide whether you’re in it for life or will quit skating to go do other important life activities instead, like smoking weed. 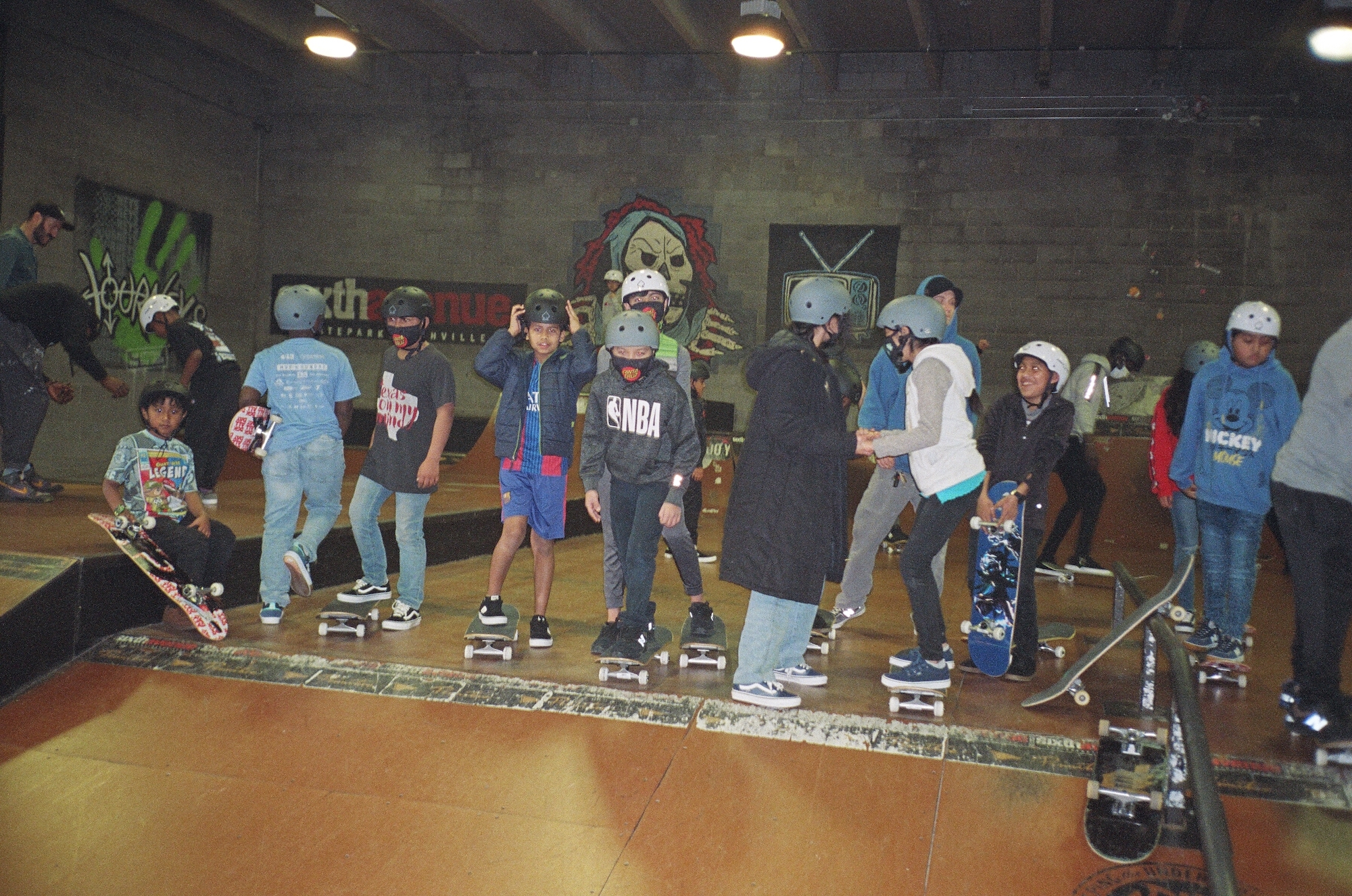 When you get older, learning new tricks becomes more trouble than it’s worth, so the next best thing is watching youngins learn to skate. That and snaking the hell out of ’em. (It’s for their own good.) 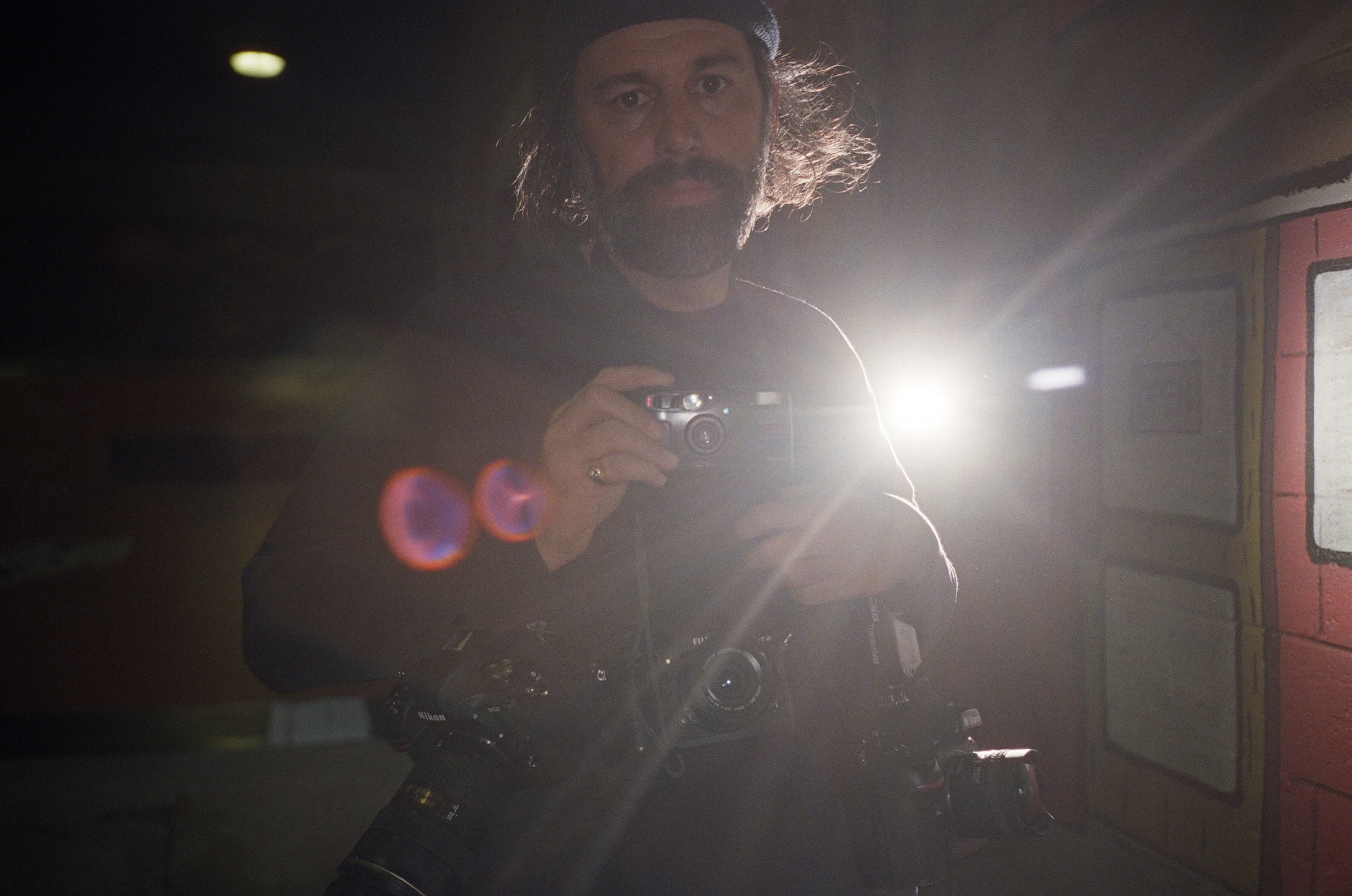 Here we have Reda, professional shit talker and lensman, rocking a utility belt of expensive equipment. Try to guess how much money he’s holding in gear in the comments, and if you’re right, we’ll Venmo you $1 and make all your dreams* come true.

*Provided your dream is getting a $1 Venmo deposit with a NSFW GIF of our choice. 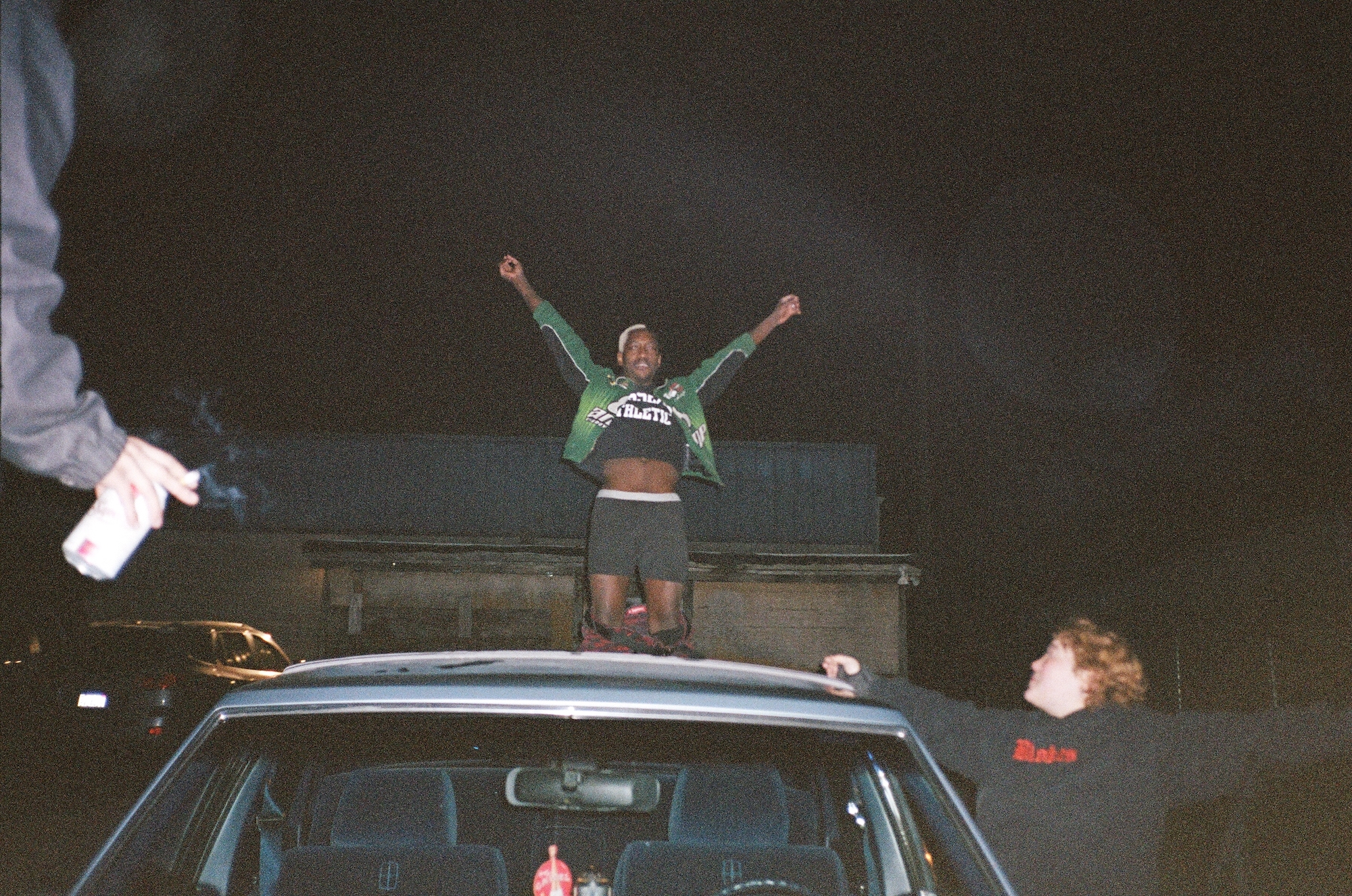 Honestly, skateboarding could use more hubris. The generation that celebrated delinquency is dying out and 90% of sponsored skateboarders today are basically Ned fuckin’ Flanders. Let’s see more rash decisions and questionable rashes! 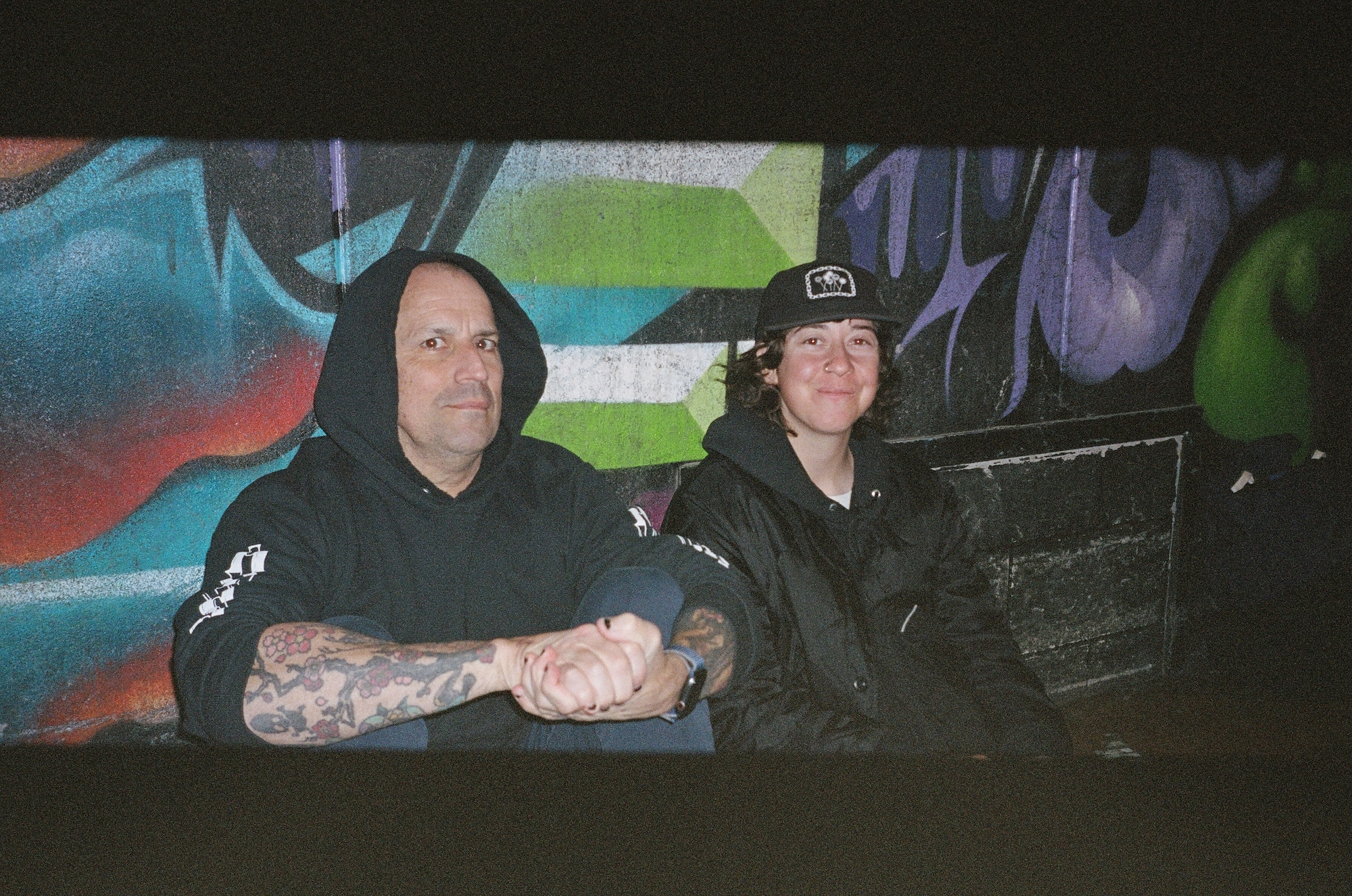 Jim Thiebaud and one of the fresher faces of the Deluxe family, Ashley, their new brand director. The true secret to running a successful skate brand is keeping one or two employees low-key. For instance, did you know Fucking Awesome has a Chief Digital Officer named Todd Moffett? Never heard of the guy, but he’s probably killing it over there! 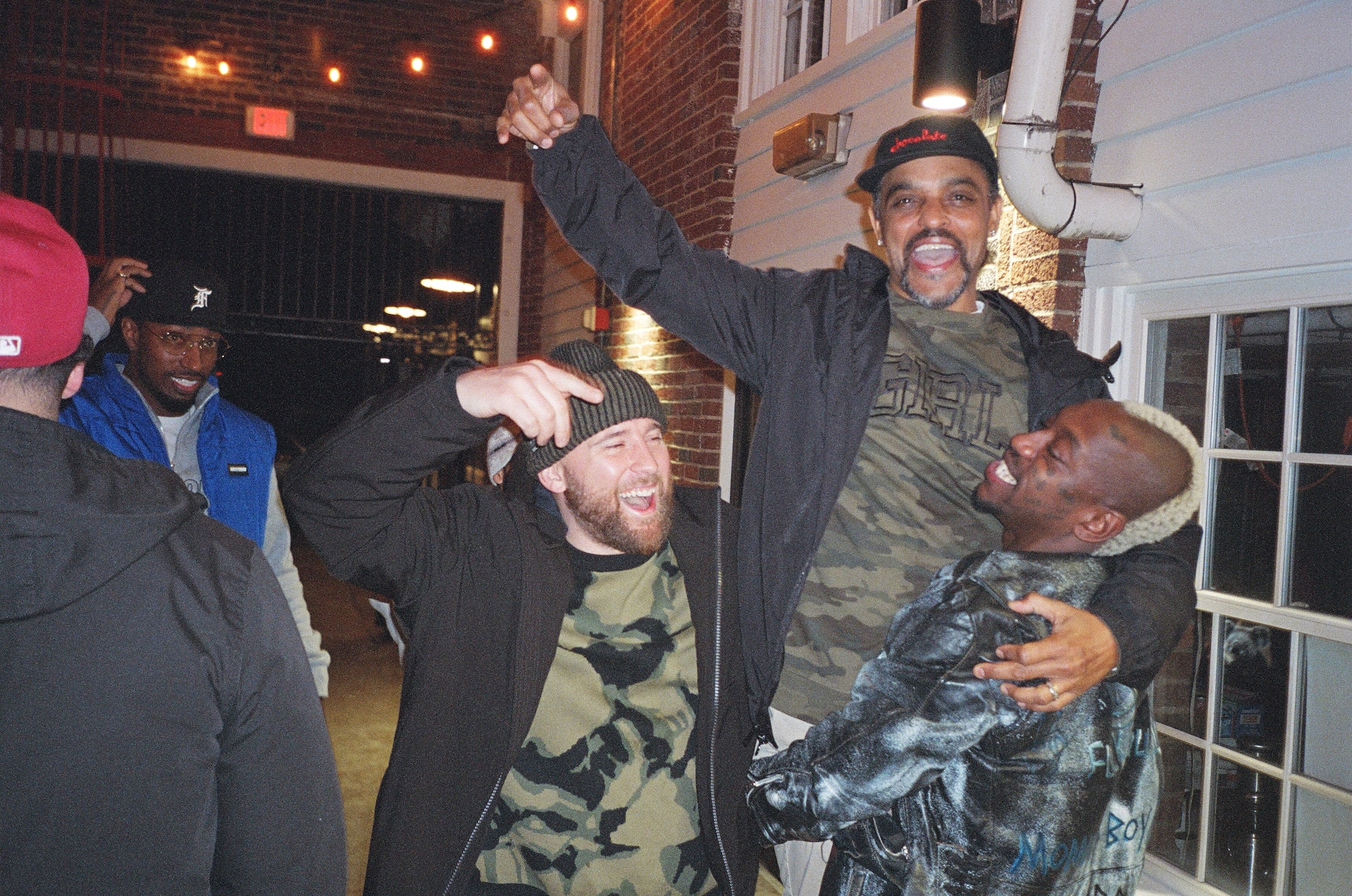 Thanks for having us along for the ride! And stay tuned for some more sketchy content from this trip as soon as we edit it.