PHOTO DUMP: FLICKS FROM THE FALL 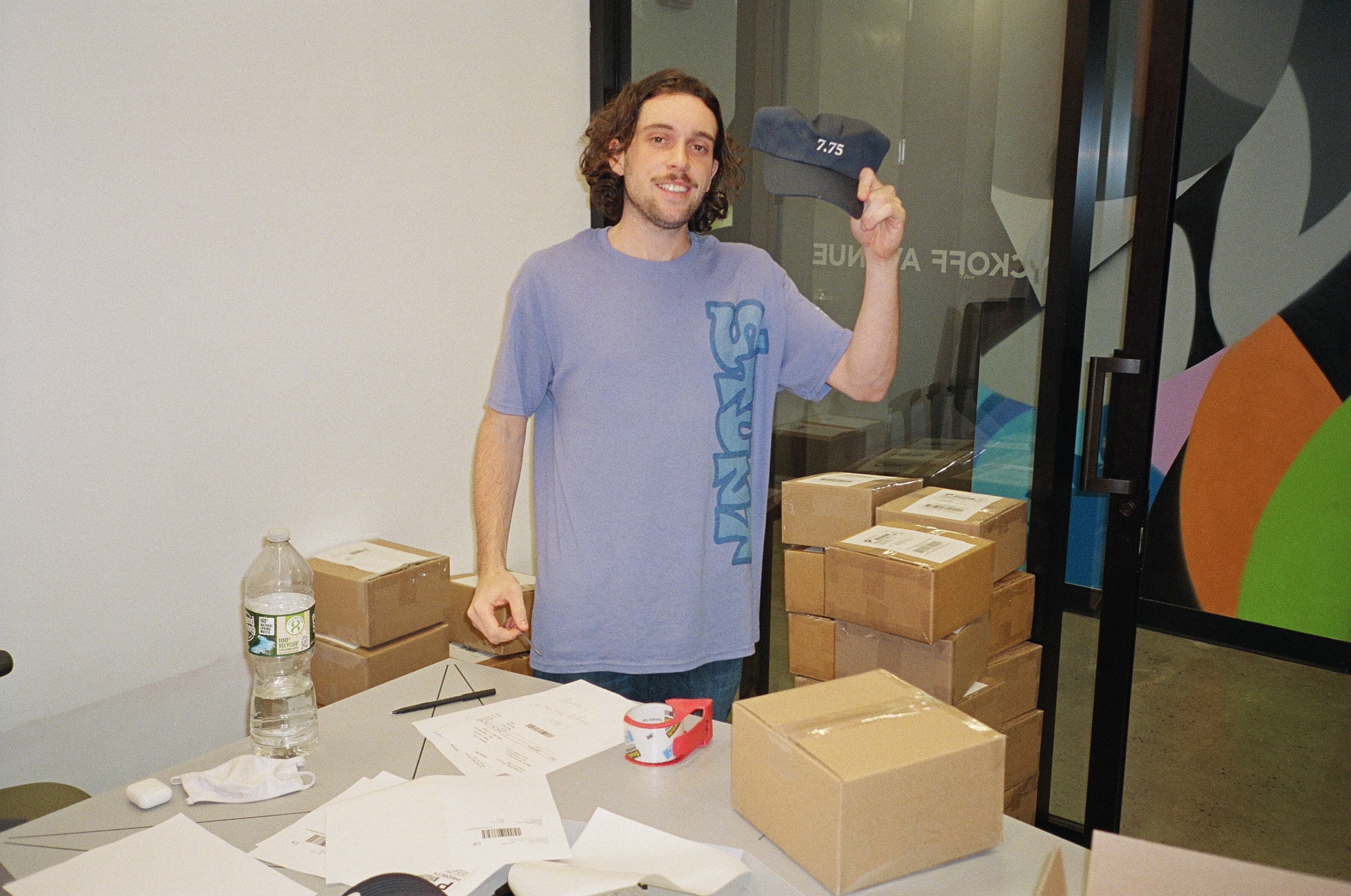 Puffer and recap season™ is upon us so please allow us to bore you with one last photo dump to round off the year. You’ll definitely see some familiar faces, or maybe you were even right there with us and didn’t know it. At the very least, you’ll be hyped to see a photo of your favorite skater doing something utterly ordinary or witness film with more grain than a jar of Grey Poupon. 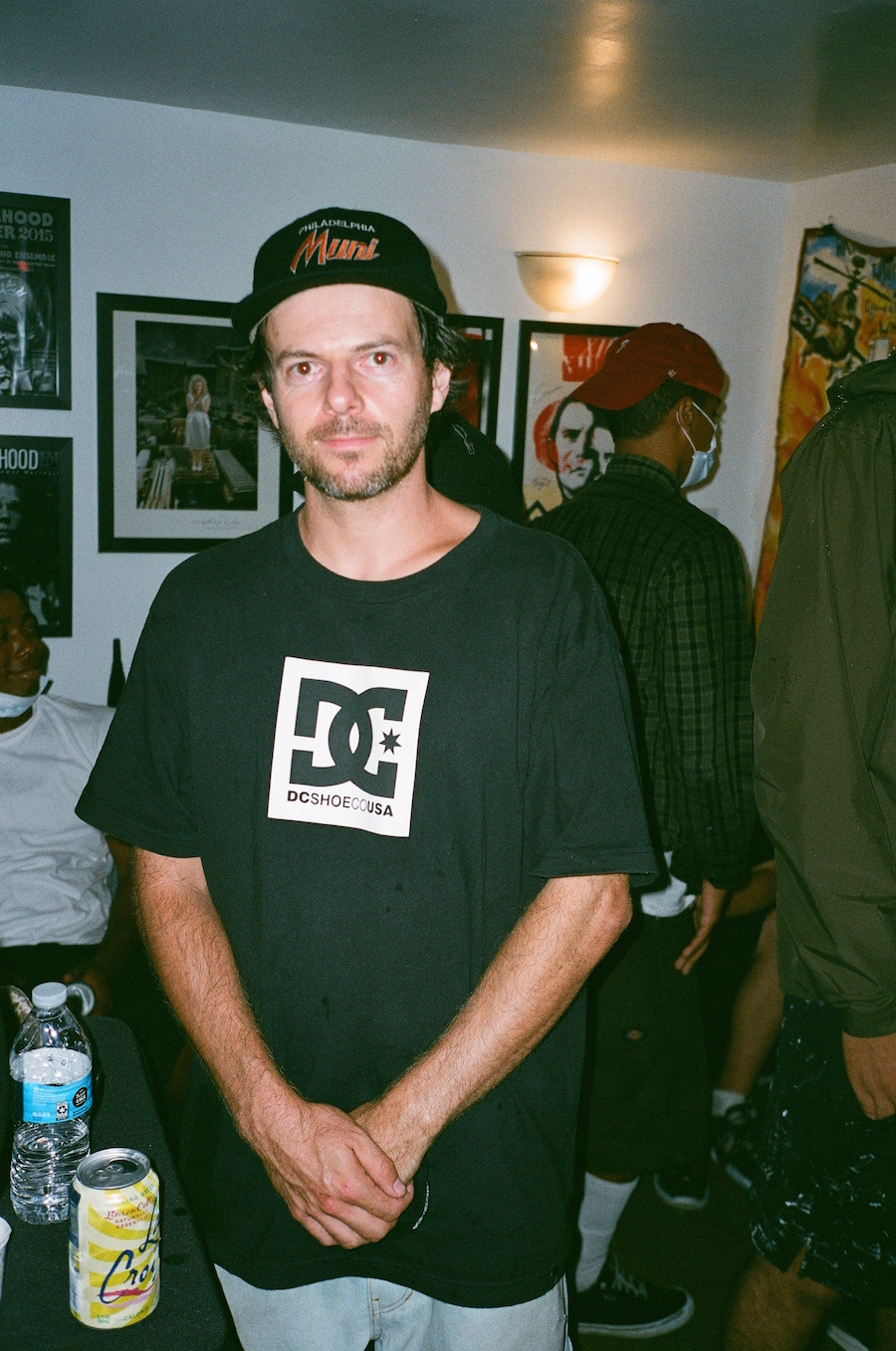 We stopped by the Sabotage x DC premiere in Philly to see what master lensman Brian Panebianco cooked up. Brian knocked it out of the park again and got everyone extra stoked with the clip of his varial heel at Muni with a VX-1000 setup in hand. 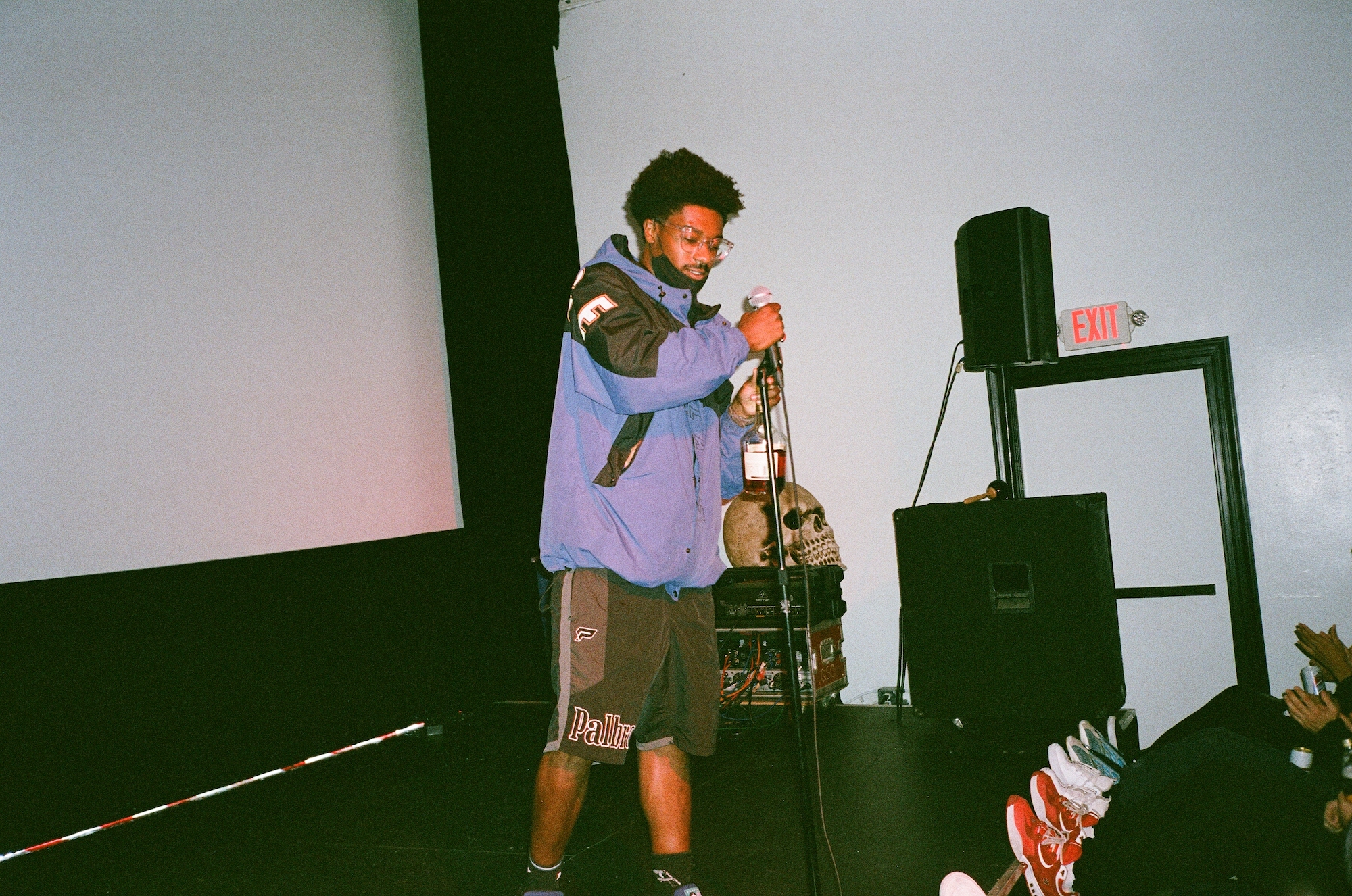 Side note: it was surprising to see how tight-knit the Philly skate scene was IRL, a welcome change from the dramatic cool guy scene in NYC. 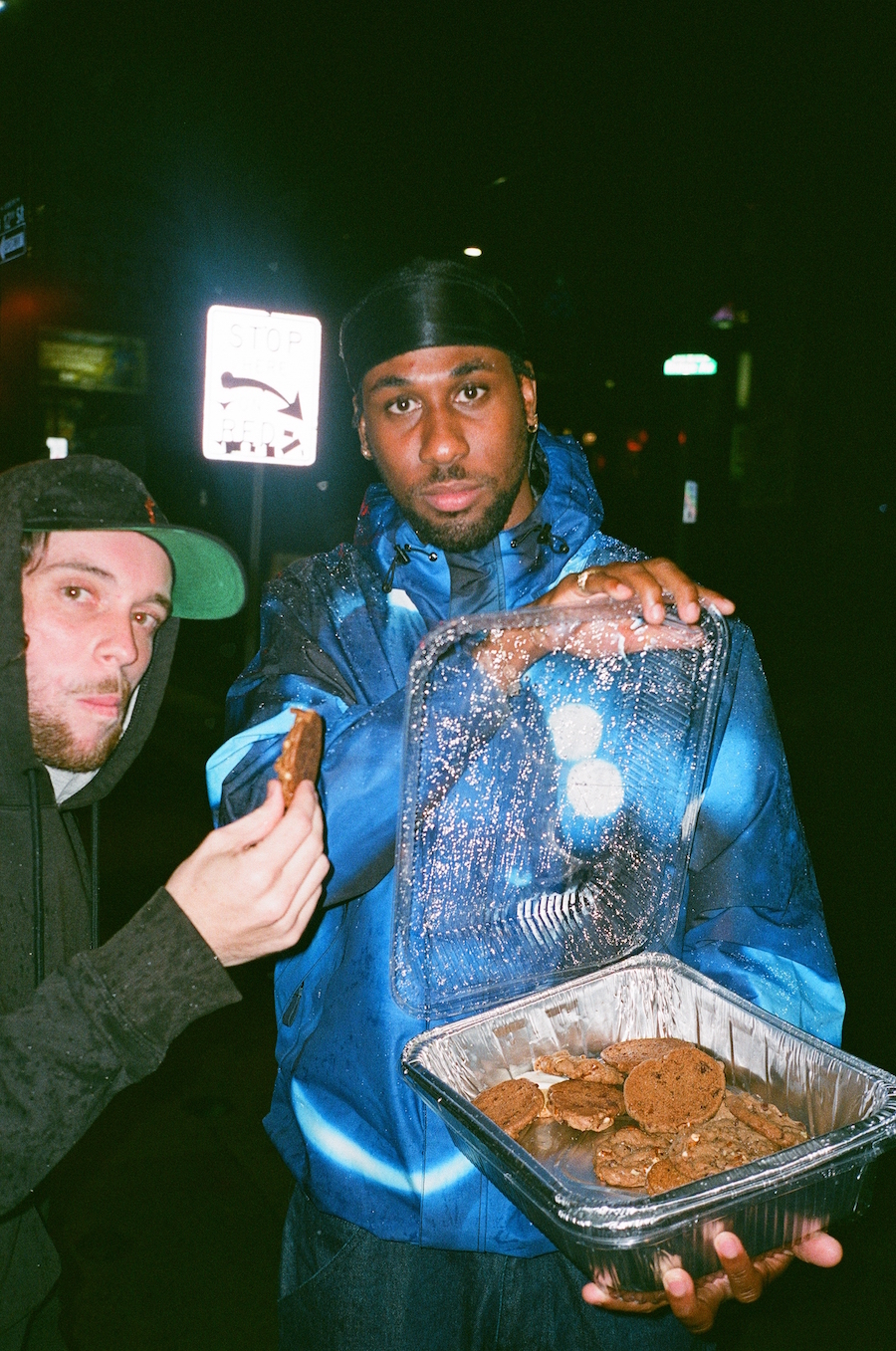 After the premiere, Kris Brown held it down with some cookies in the rain. We tried to keep the party going, but it was a weeknight so we ended up gambling at a casino, eating cheesesteaks, and sleeping on someone’s bare wooden floor. Good to keep it 100% delinquent every once in a while. 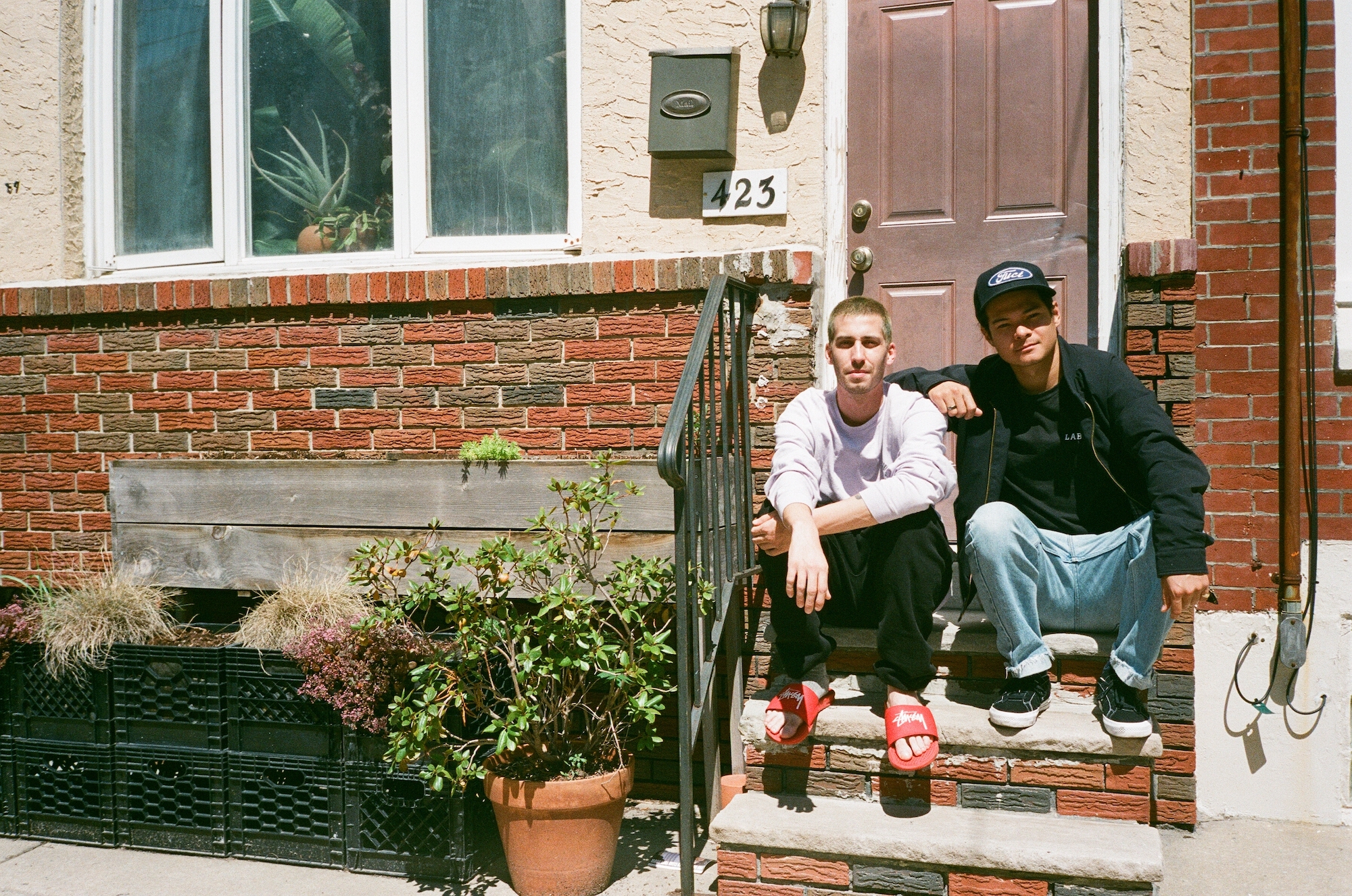 We swung by Zach Harris’s house (a.k.a. Acid Boy) to say what up to one of Jenkem’s oldest contributors/friends. He escaped the New York rat race nearly a decade ago and is now posted up in a nice townhouse in South Philly with his girlfriend and cat. Meanwhile, I have two roommates who are five years younger than me and I can’t keep a girlfriend for more than a year at a time to save my life. Who’s really winning? 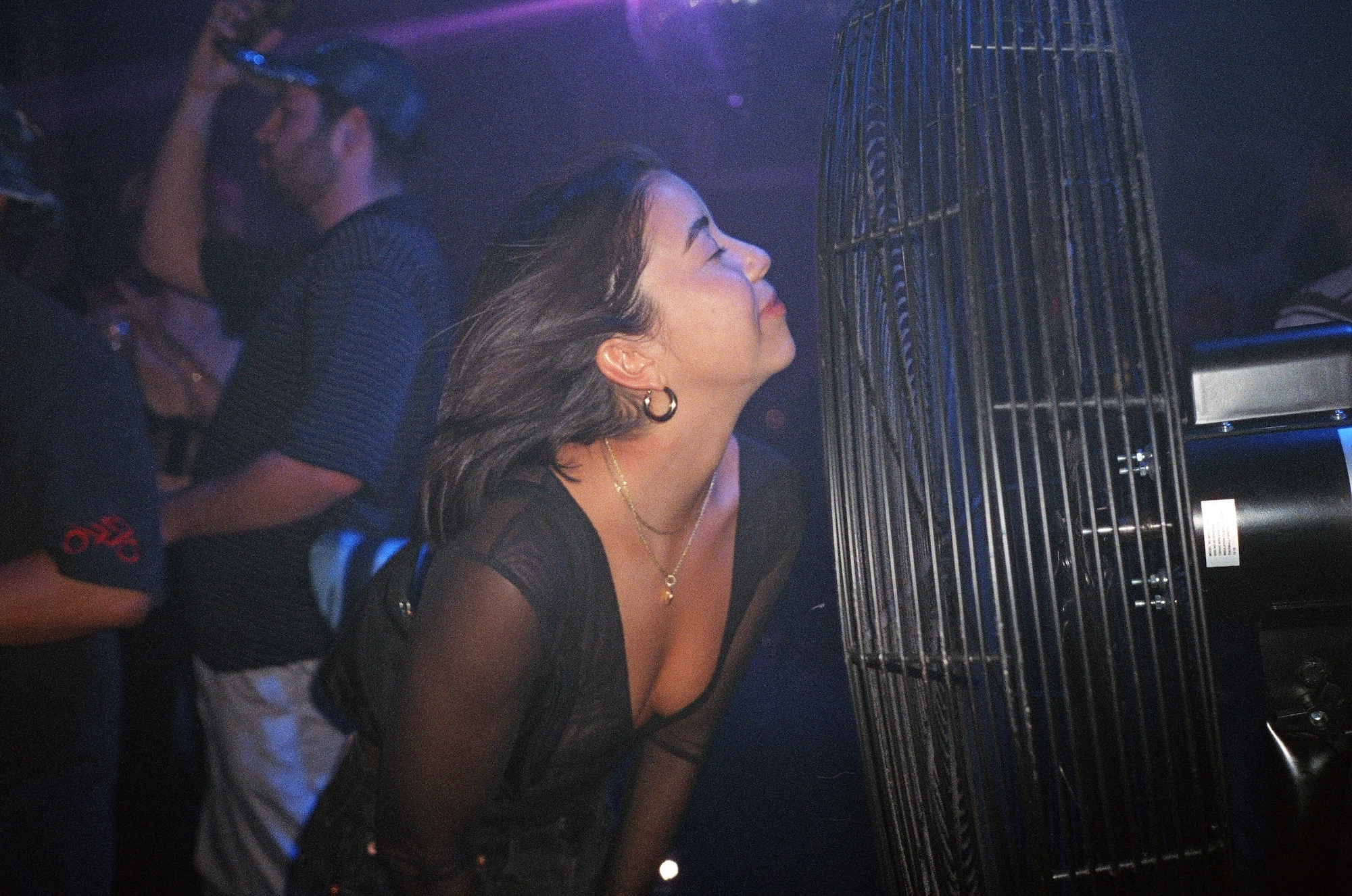 Now that it’s freezing every night, it’s easy to forget about all the swamp ass and boob sweat we endured whilst bar and club hopping. I think I’d rather be shoving my head into fans like this than trying to convince myself that sitting outside with friends for dinner with frost-bitten toes is a fun plan. 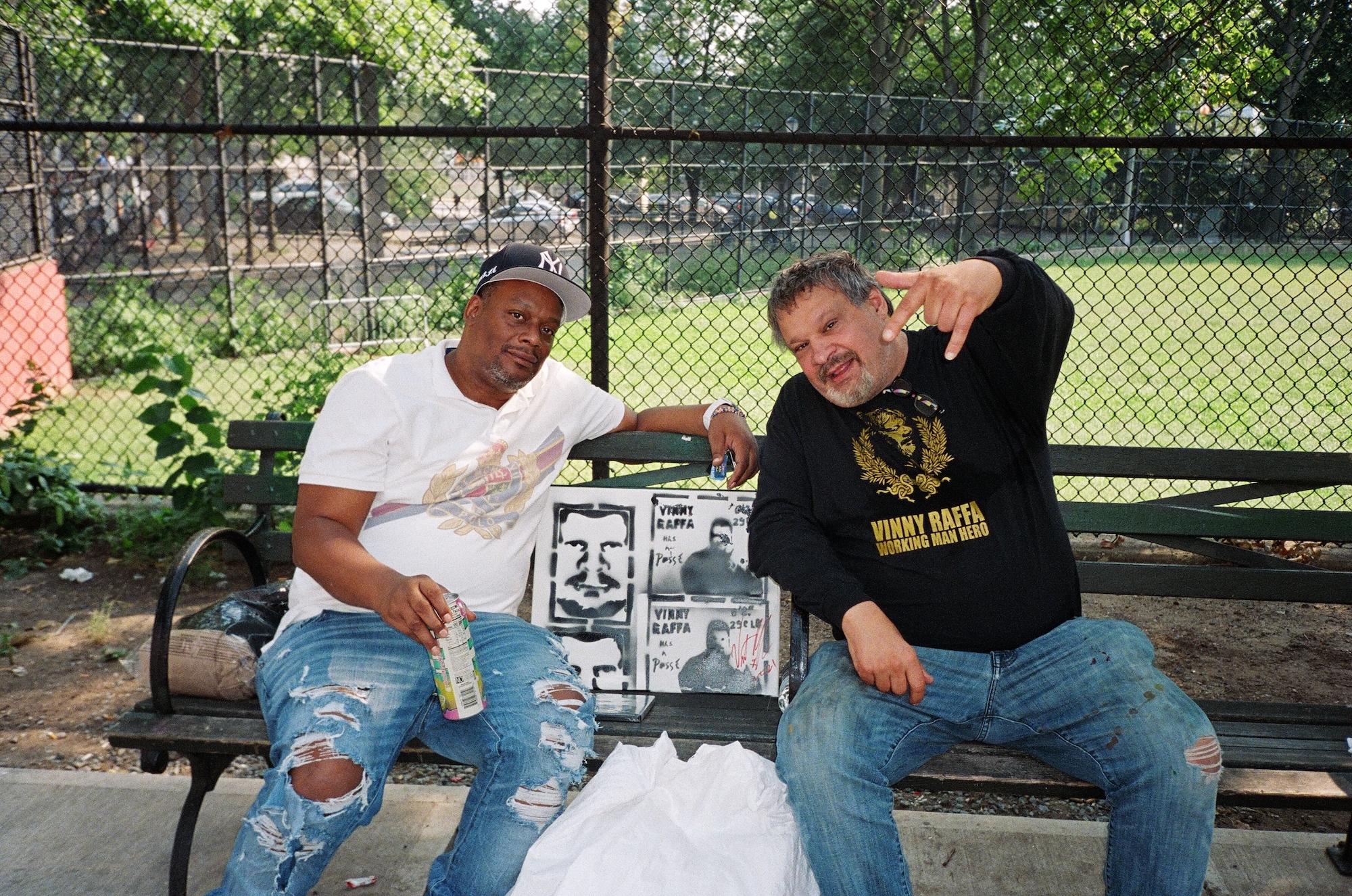 Two instrumental figures in the NYC scene, Mr. Ron Hunter and Vinny Raffa. Ron is Harold Hunter’s brother, and runs the Harold Hunter Foundation that helps provide underserved youth with valuable life experiences. Vinny Raffa honestly looks like a hobo now, but back in 1993 he was the first person to throw a contest at the Brooklyn Banks. He also is known for 30 years of throwing up his stickers around the NY area. 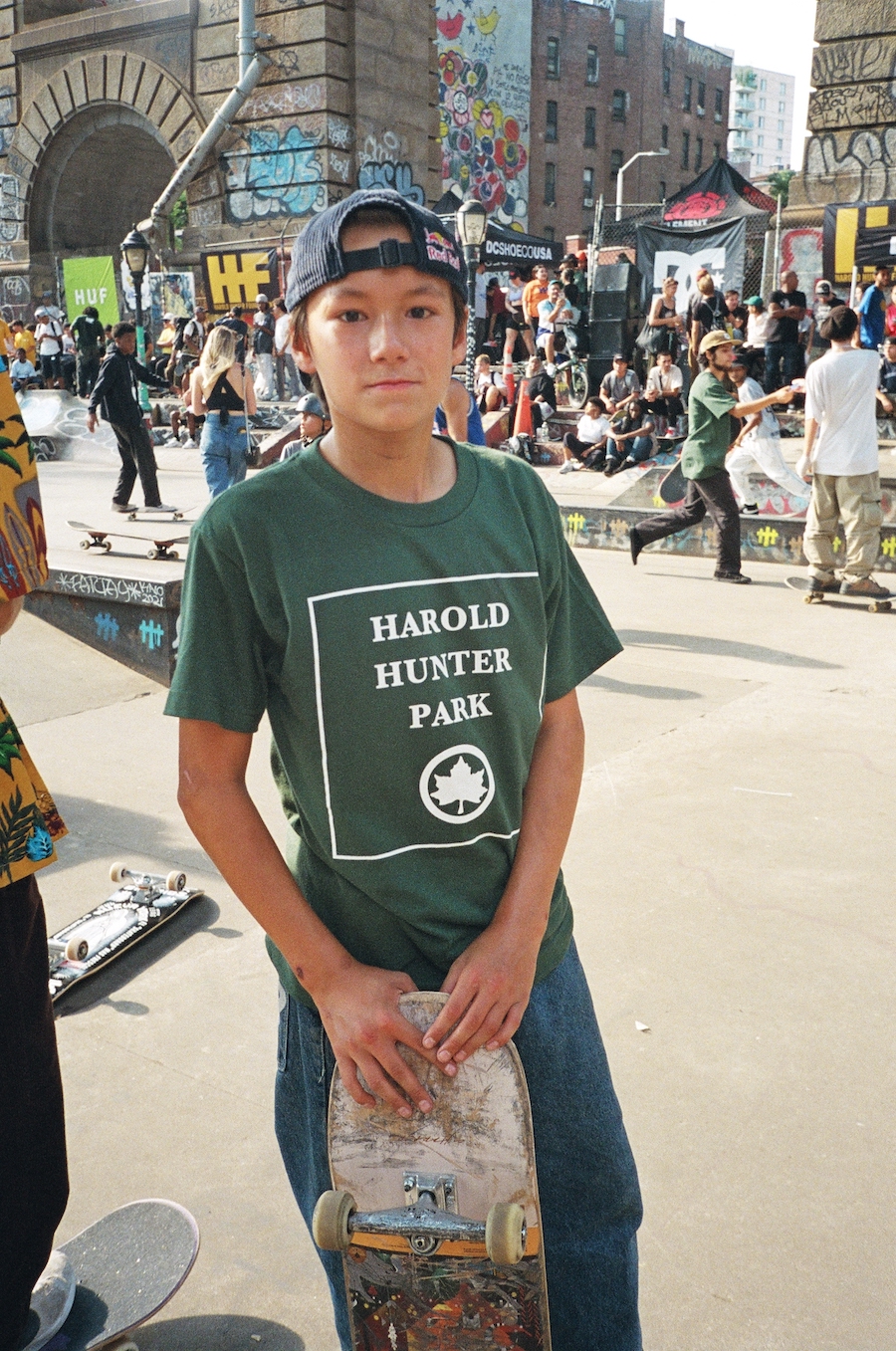 Jiro doesn’t drink, smoke, or post edge lord memes, which means he’s doing better than 99% of NYC teenagers. Also funny to think he was basically the last rider 917 ever had. Life really is full of surprises. 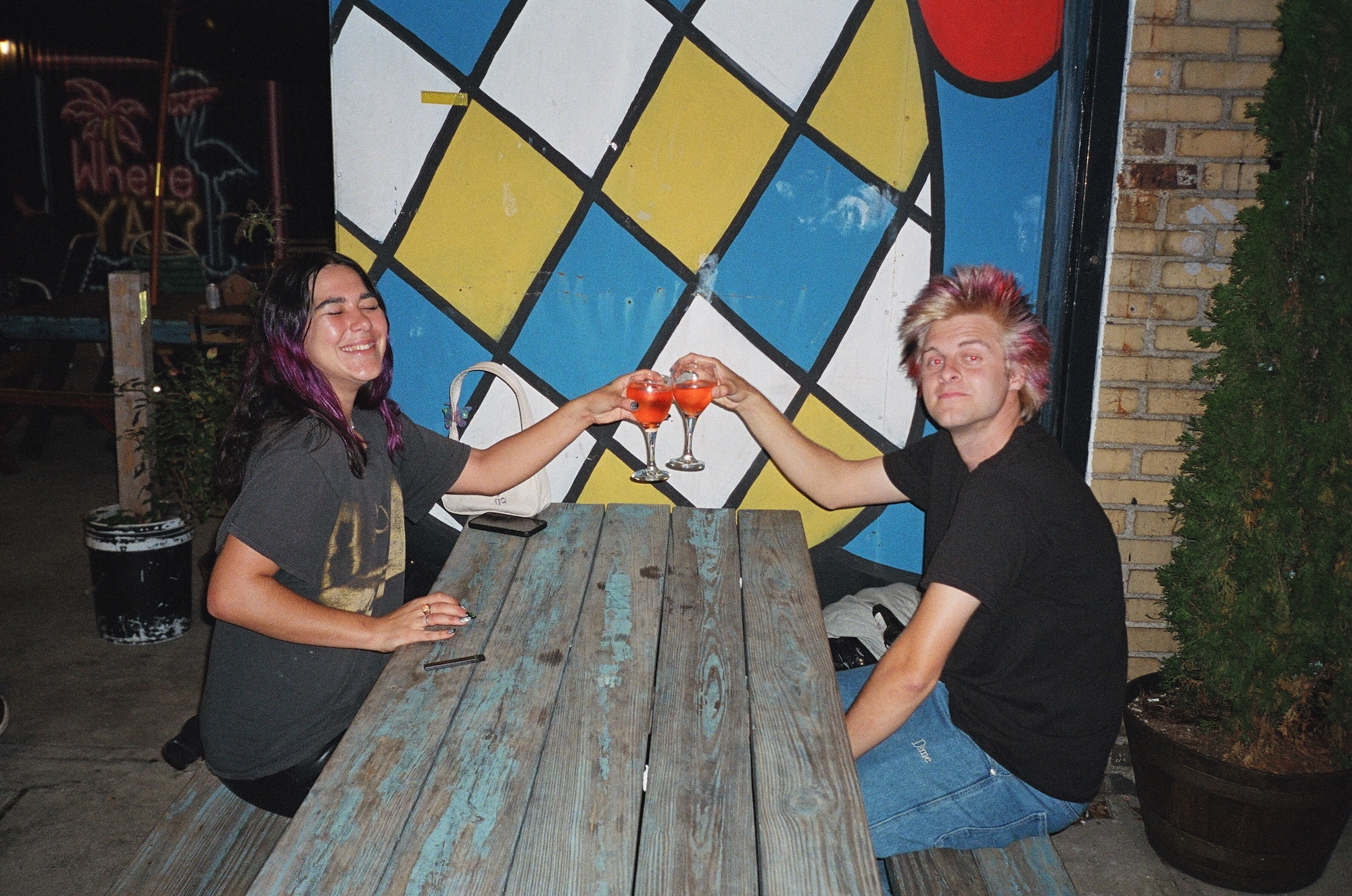 After a two-year hiatus and many strange emails, we are bringing back Date a Skater, a.k.a. the show that gets you laid.

No guarantees on the getting laid thing, though. In the words of Morpheus, “I can only show you the door. You’re the one that has to walk through it.” 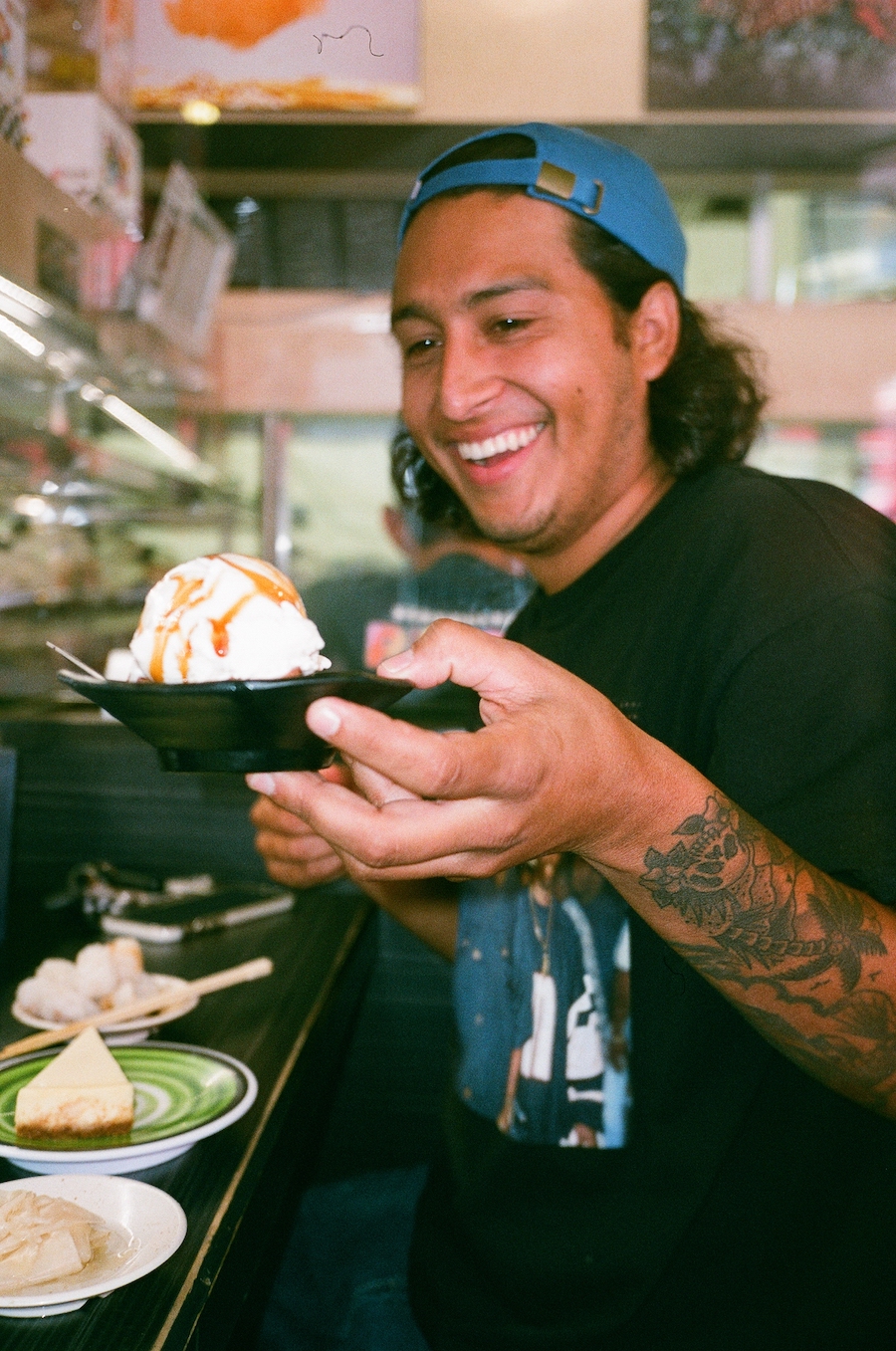 Went to L.A. to talk advertising with the Lakai TM / Marketing guy, Steven. Truthfully, we’re still waiting to lock in 2022, so if you check the site in about six months and see Lakai banners, you’ll know this was a successful work lunch and I can bang on the steering wheel like Tom Cruise in Jerry Maguire. 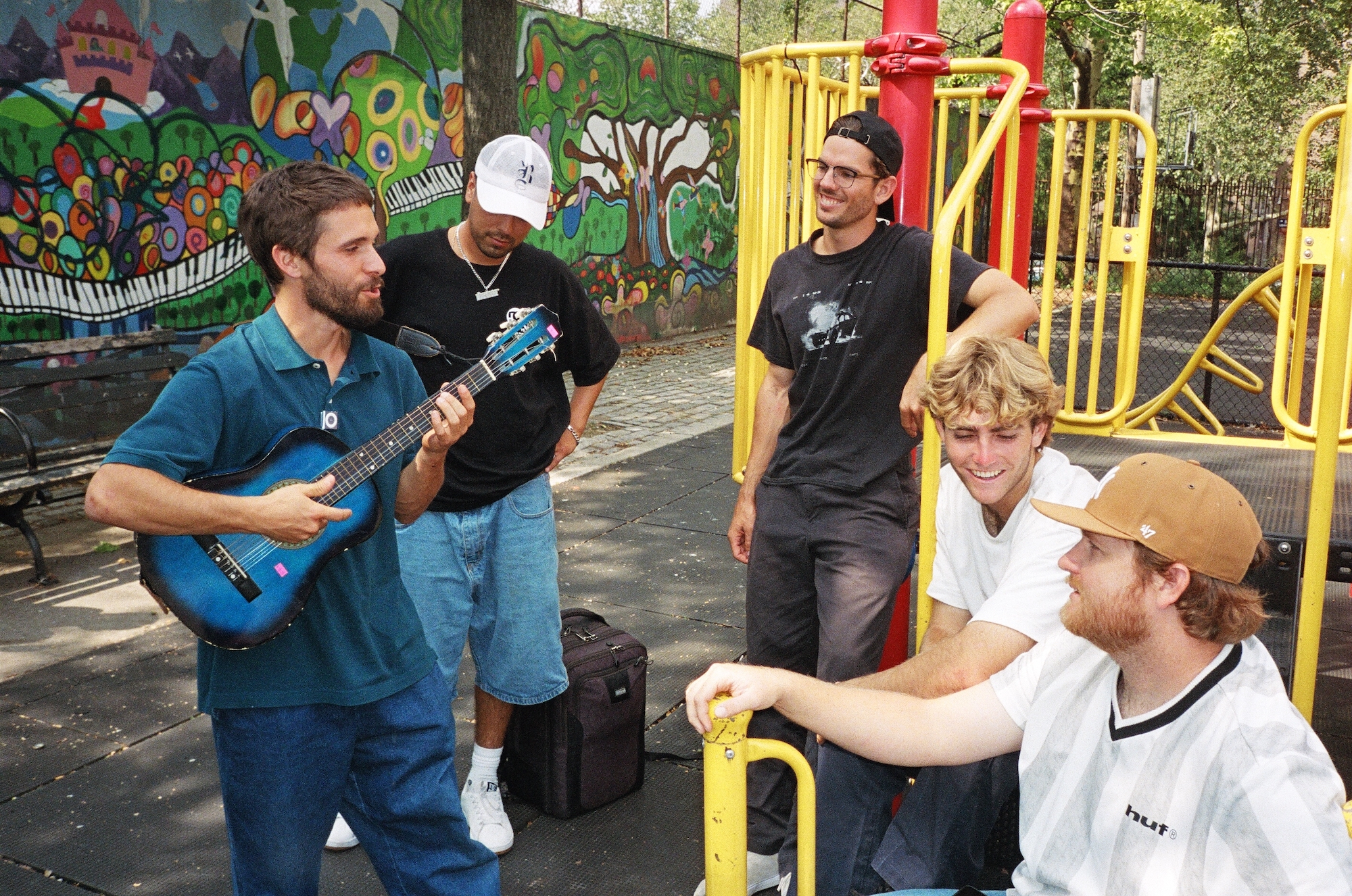 Not only does John Gardner own the last working iPod Shuffle in existence, he’s also the only team manager capable of using the power of song to educate young riders on the importance of paying your taxes. 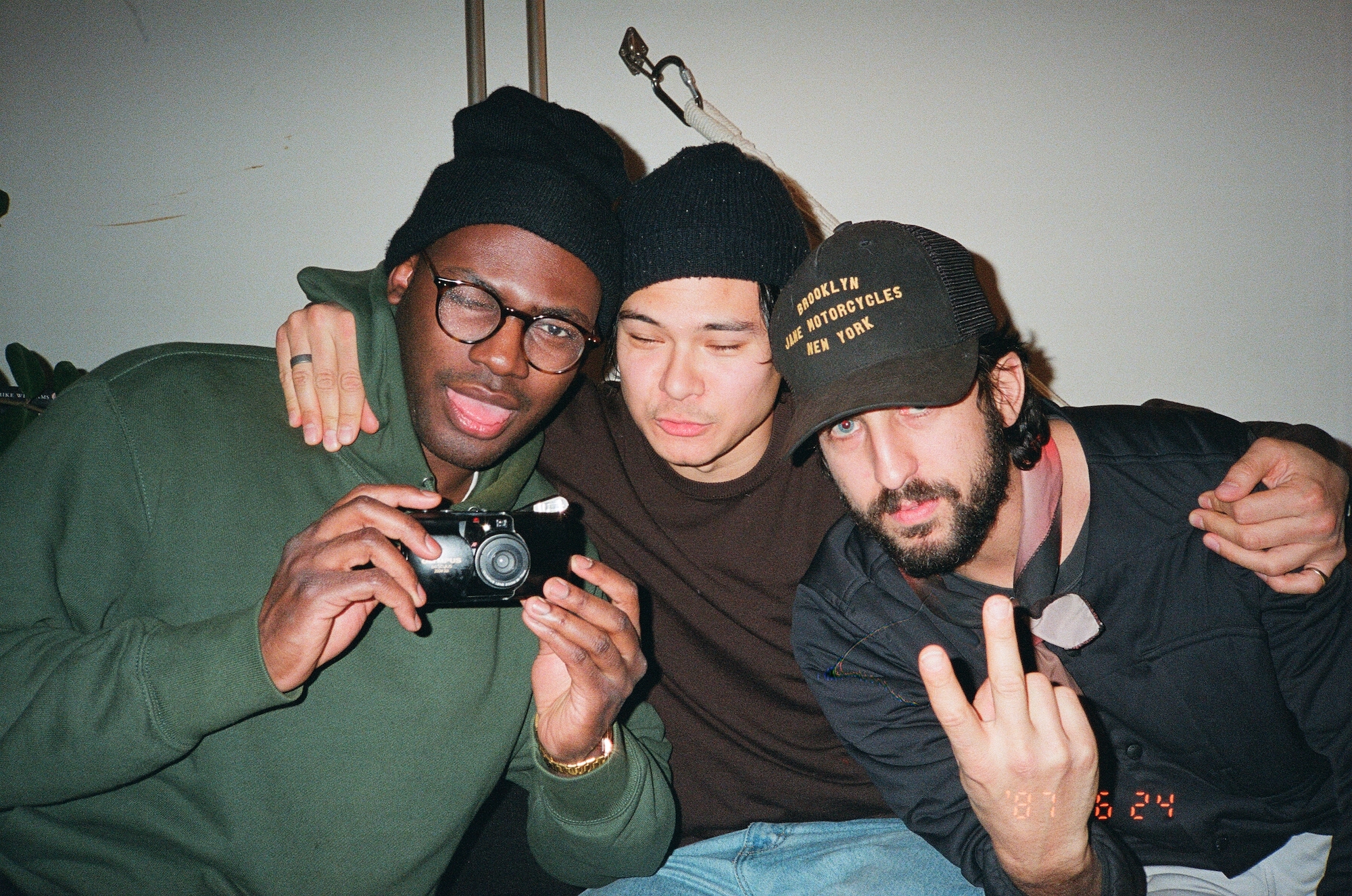 Been thinking about switching back to digital for a while now. The prices of the point and shoot cameras have gotten out of hand, then the actual cost to develop the photos starts to seem silly.

Photo nerds, what do you guys think? I like film grain and the human quality of film as much as the next person, but if you’re spending $1+ per photo and posting on IG, is it really worth it?

OK, back to working on the next video piece. Thanks for scrolling ✔️