ANCIENT SKATE SPOTS FOR YOUR NEXT SESSION 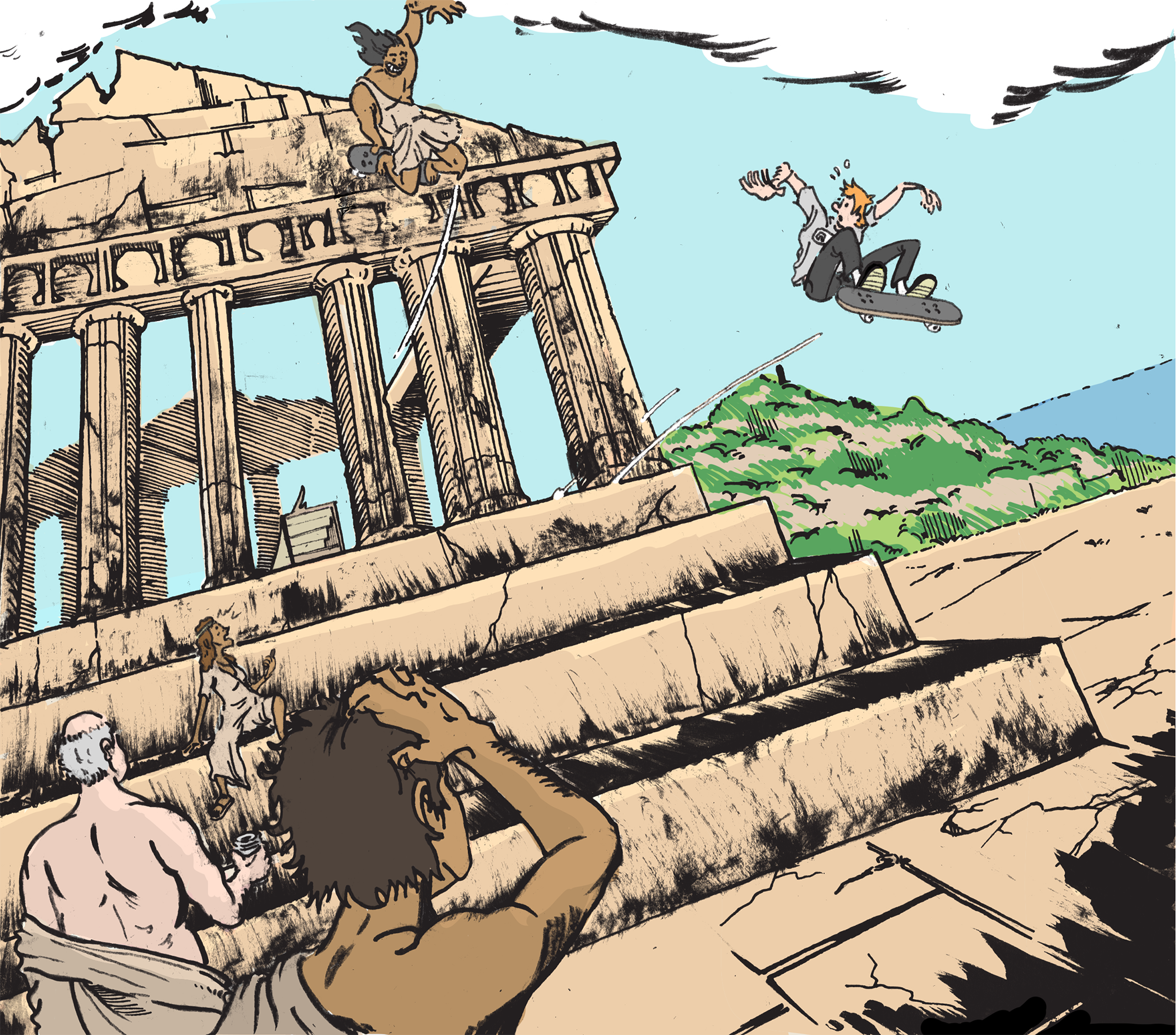 What if I told you there are some spots that are centuries-old (maybe even millennia-old) that have never seen a truck touch the marble on which they’re built? Stairs that were graced by the feet of Greek gods that have yet to be kickflipped…

Today, many of these ancient sites are overrun with clueless tourists and vendors peddling shirts with bad slogans like “I went to the Colosseum and all I got was this stupid T-Shirt.” It may make these spots seem like a nightmare to skate, but crowds and security have never stopped skaters from getting clips.

We can’t condone skating these historic pieces of architecture and holy sites, but we also can’t say we would hate to see it go down. If you do decide to do a hardflip for Hercules, just don’t tell them Jenkem sent you. 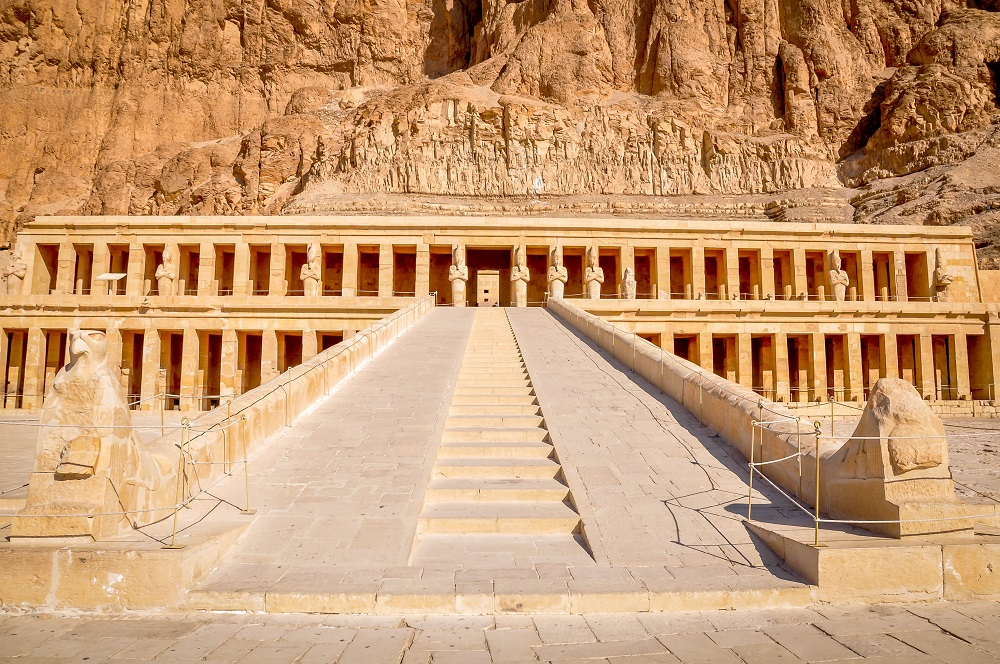 Valley of the Kings, Egypt

The Valley of the Kings is an ancient burial ground for Egyptian Pharaohs and other dignitaries. King Tut is buried there if that interests you. If you’re reading Jenkem, it probably doesn’t. What should really interest you is the massive bank in front of the tombs.

The ramp extends all the way from the top of the complex and is made of perfect limestone. Having never bombed a hill in Northern California myself, this looks like a more relaxed version for newcomers. Hopefully, none of the mummies lying nearby have cursed the spot and will only bless the session. 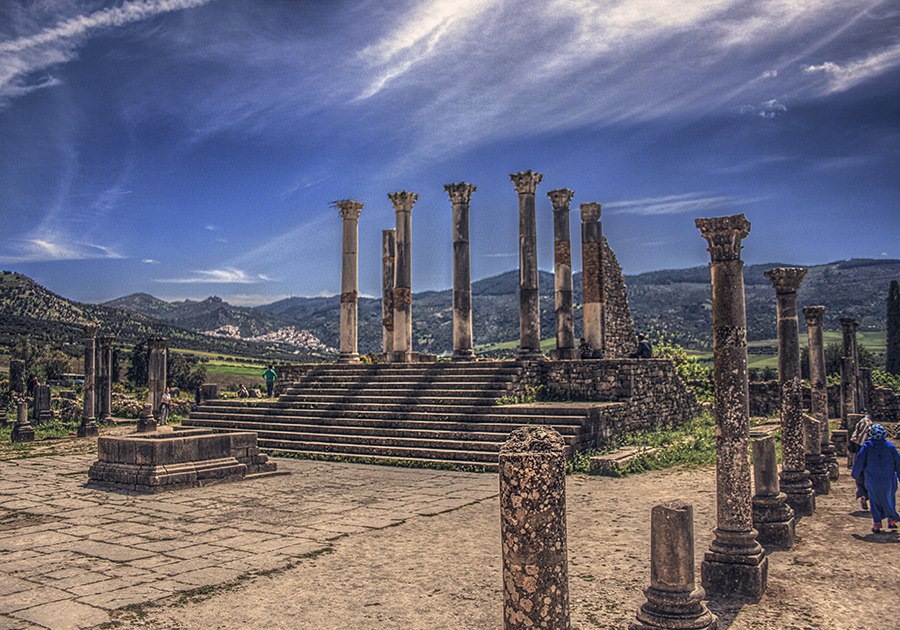 This is the El Toro of the Arab world. In recent years, crews have been heading to Morocco to skate the North African architecture in Marrakech and Casablanca. Those skate spots pale in comparison to what could go down at Volubilis. The stair set isn’t as tall as El Toro, but visually it is still a behemoth of stone and pain. Maybe the smaller size will help Chris Joslin tre flip the set. 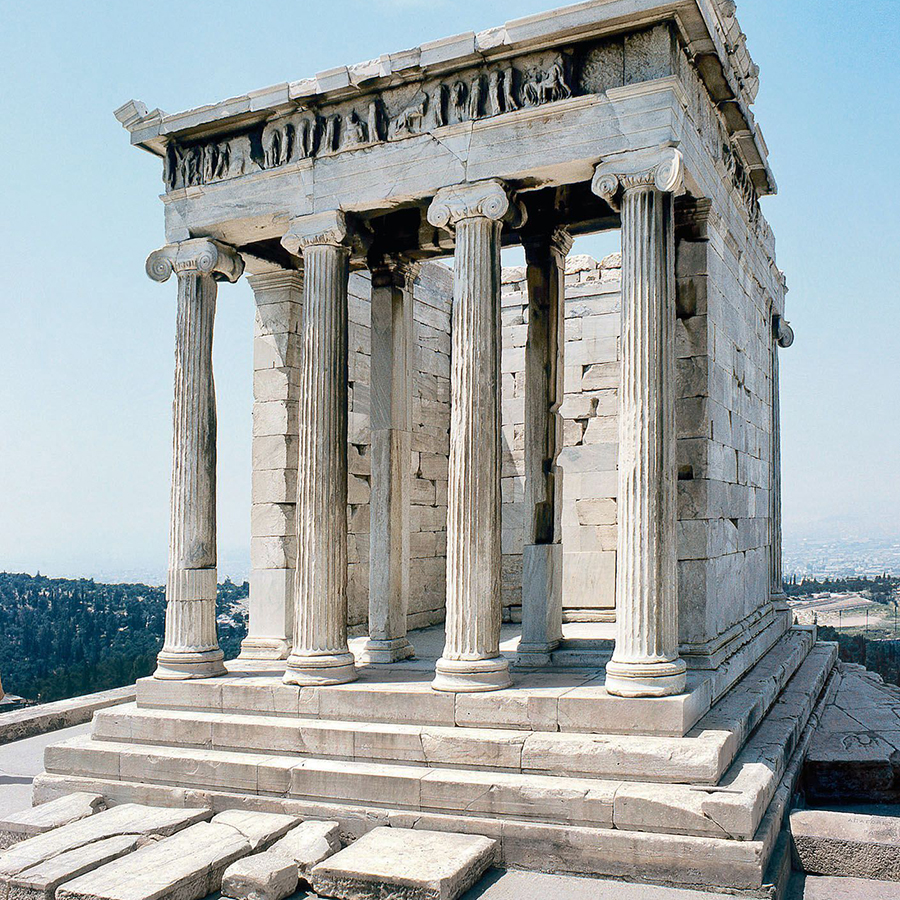 Most of the ancient Greek temples have faced so much wear and tear over the past 2,500 years that they have been left unskateable, but one that remains in pristine condition is a temple co-dedicated to Nyjah’s favorite Greek Goddess, Nike.

For those tired of the yearly European migration to the MACBA four block, head to Athens. You can kill two birds with one stone by checking out the Instagram models on the beach and stacking clips at this relic. 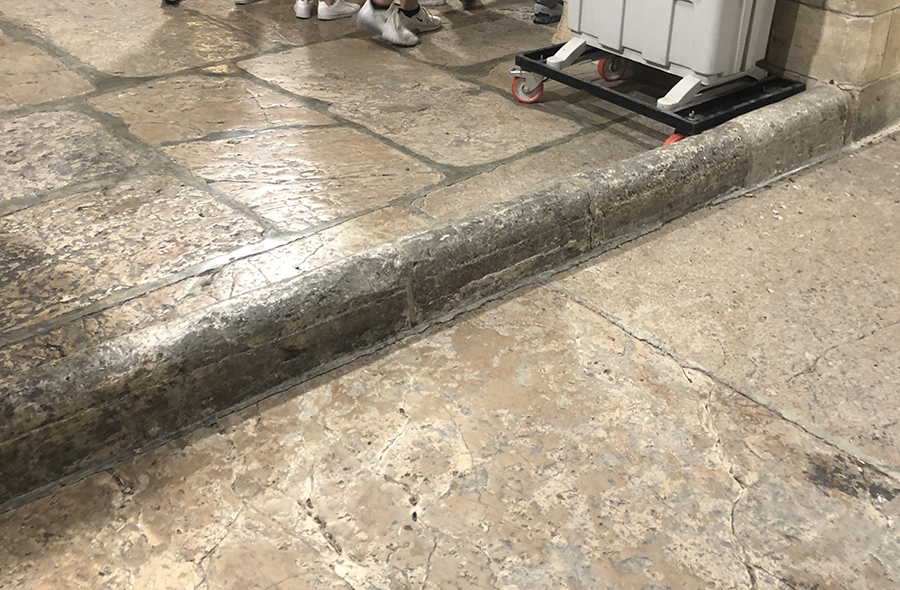 The Cave of the Patriarchs, Hebron

This cave was built in the 8th century BCE and has switched between being a church, mosque, and synagogue more often than Kader switches shoe brands.

Inside of it dividing the central synagogue from the surrounding tombs is a rounded double-sided curb that is the perfect height. This might be the oldest slappy curb, but it’s probably not a great idea slappy inside of an active synagogue and mosque that is located behind two Israel Defense Force checkpoints. 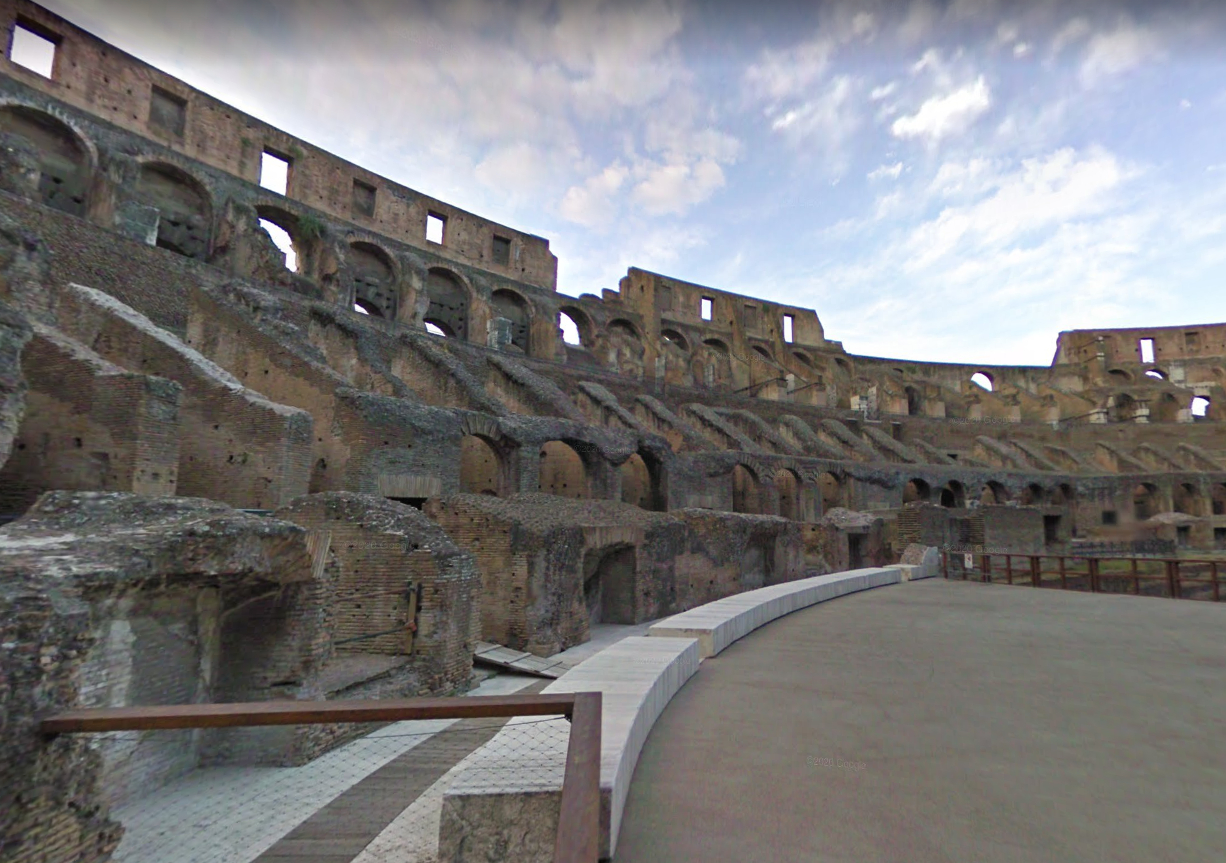 Probably the most famous ancient site on this list, the Roman Colosseum was built to showcase the sports of the time: gladiator battles, animal hunts, and sea battles. It’s only fitting that in the 21st century we are discussing the possibility of performing everyone’s favorite Olympic sport in this ancient arena.

At the bottom of the amphitheater is a barrier that separates the seating from the stage. The barrier was built recently to make it a more comfortable tourist attraction, so it doesn’t really count as an ancient skate spot. But, this is my list and I make the rules, so it does count. 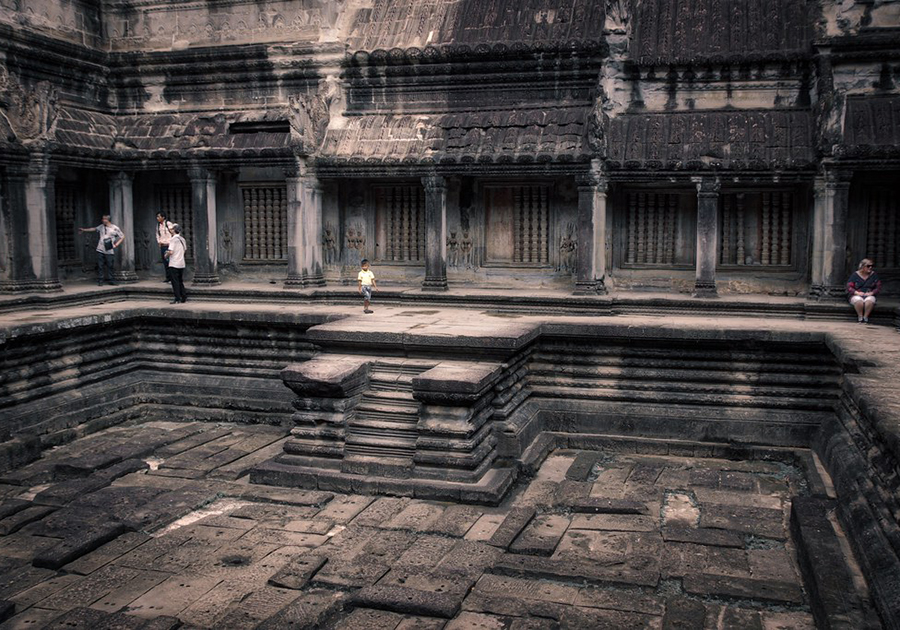 Located at the center of the largest religious site in the world is this intimidating pit. It has a solid drop and isn’t paved super well, but just treat it like a New Jersey spot. Every suburban kid’s Sponsor-Me-Tape features at least one trick off their local grocery store’s loading dock, so if your filmer wants to spice up your next video’s visuals, they should take you here.

Just be sure not to blow this spot out though, because they might skate stop it with sand as they did to the holy Pit in Venice, a pilgrimage site for up-and-coming skate YouTubers.