PHOTO DUMP: BEHIND THE SCENES IN LOS ANGELES 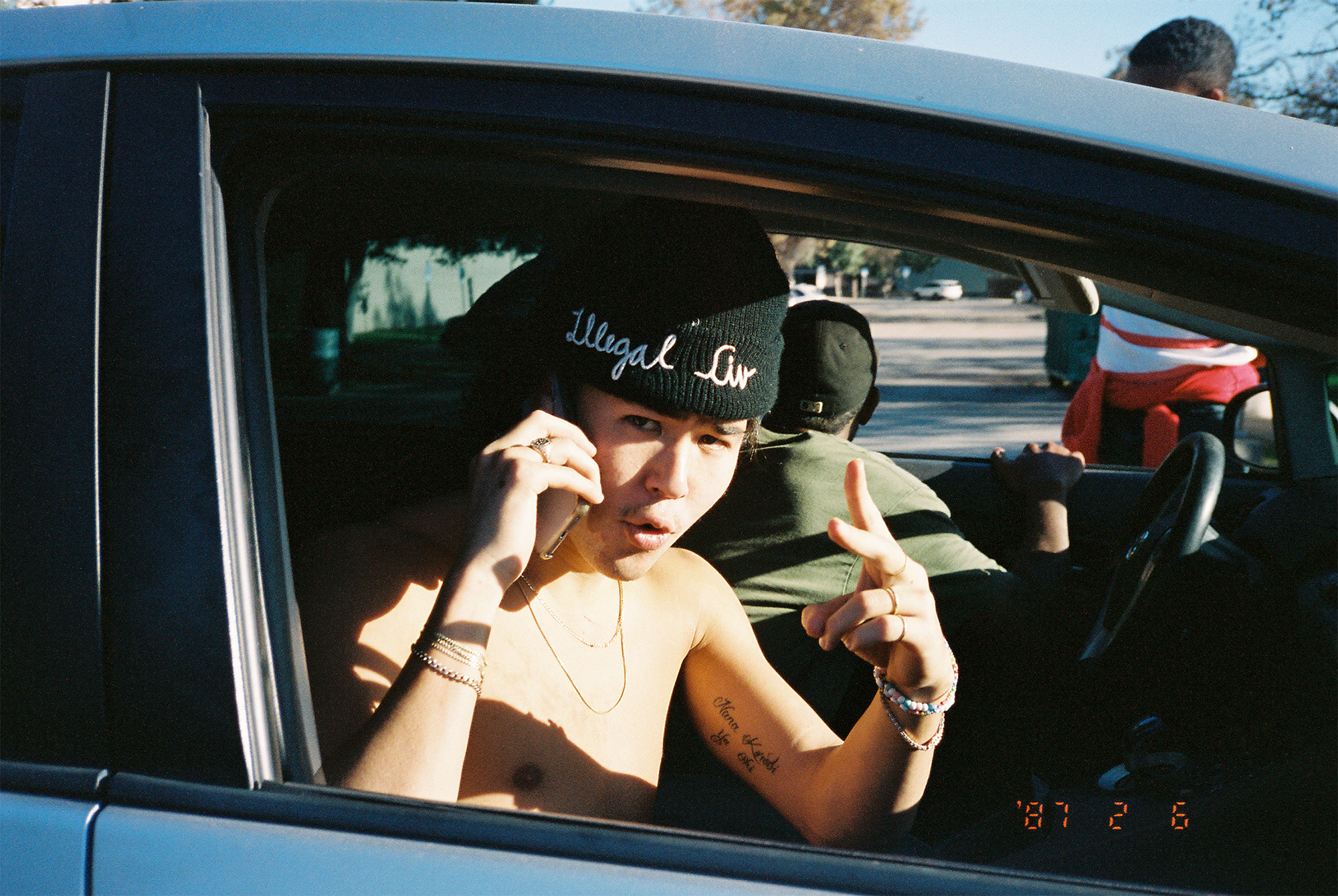 I’ve been holed up in LA for the past month and I gotta say, it doesn’t suck. The weather is good, the traffic is at an all-time low and most of the US skate industry is based here. We’ve been filming some content, stacking for the uncertain winter times, and working on a longer-term video project that I don’t want to fully divulge yet.

In the meantime, I’ve been amateurishly snapping away whenever I run into figures I’d most certainly never see on the East Coast. So for a little peek behind the curtain, here are a couple of shots I’ve captured on my trip out west thus far, astrology and name-dropping included. 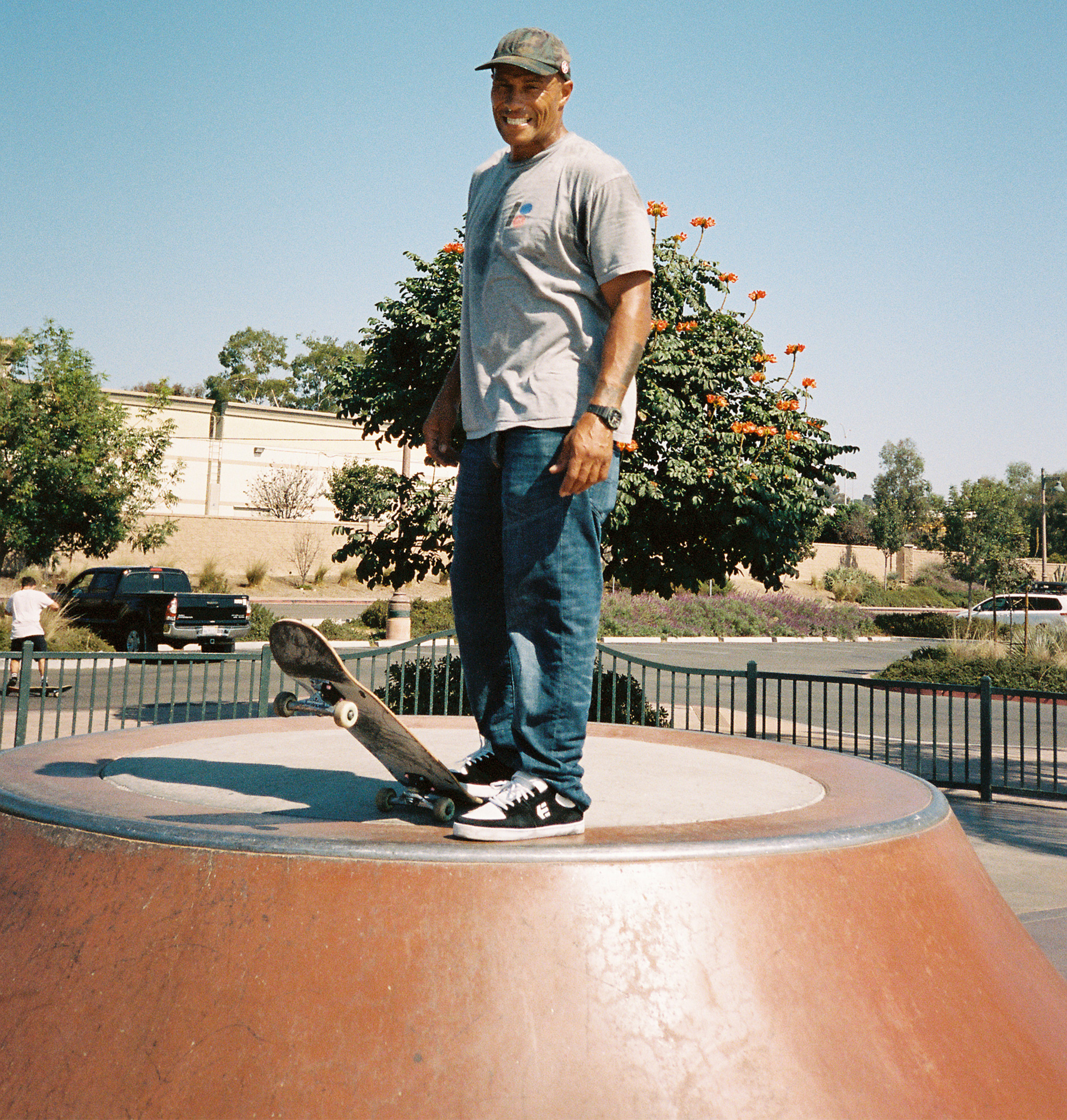 I’ve been to LA dozens of times and something I still never get used to is seeing older skate legends in the wild, skating among scooter kids, park lurkers, and kooks. Of course, they are mortal humans like you or I but seeing them skating some prefab park or standing atop a perfect California skate park volcano does take a bit of magic away.

Anyway, this is Sean Sheffy if you didn’t already know. Dude is looking like The Rock these days! 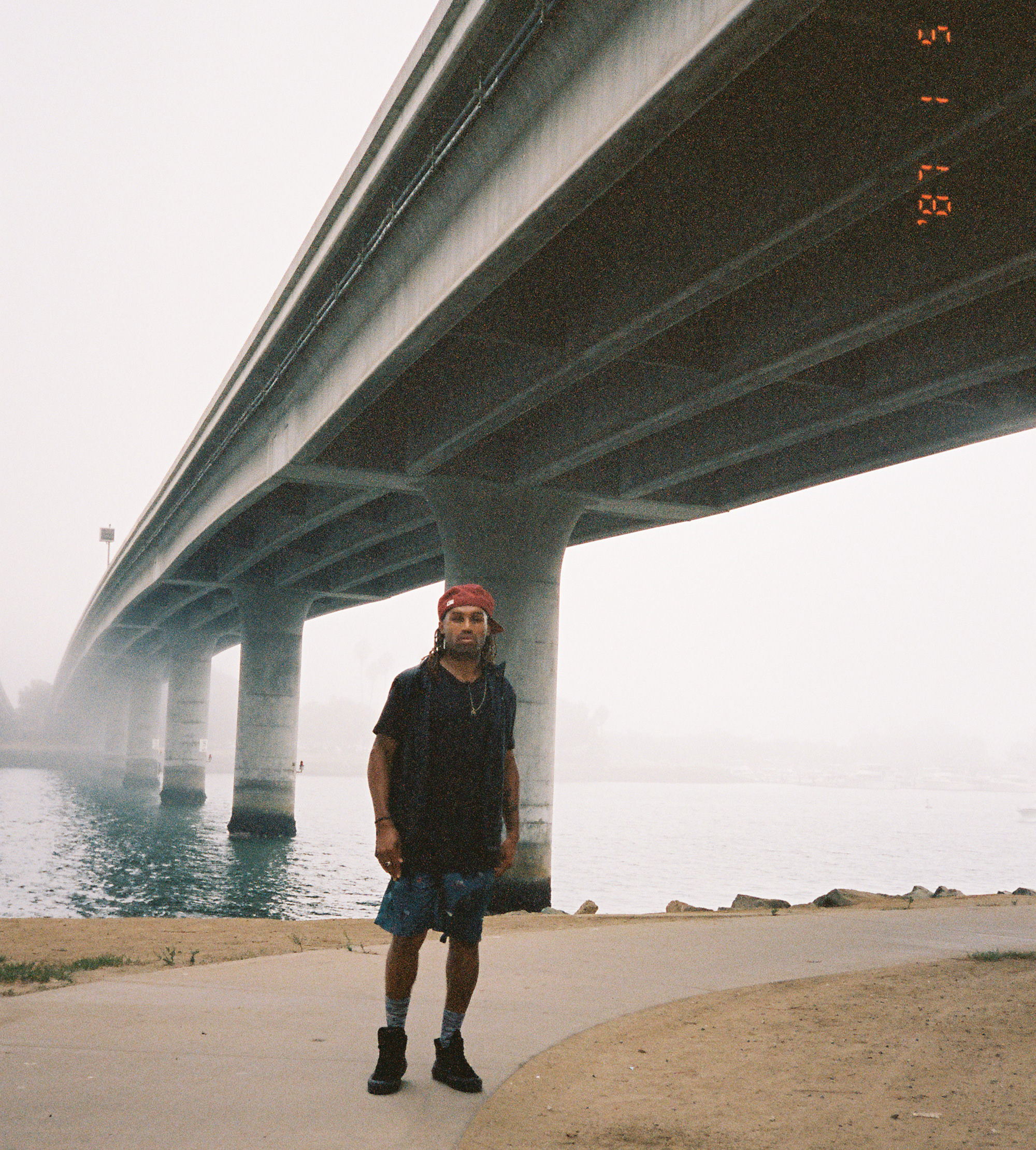 By now, we’re sure you’ve seen the clip of Brandon Turner switch hardflipping down Wallenberg at 38 years of age, but I bet you don’t know about the other huge drop he took off the side of this overpass down to the ground we’re standing on. Somehow he survived the fall as a teen and made it out with a couple of broken bones and a bruised ego. 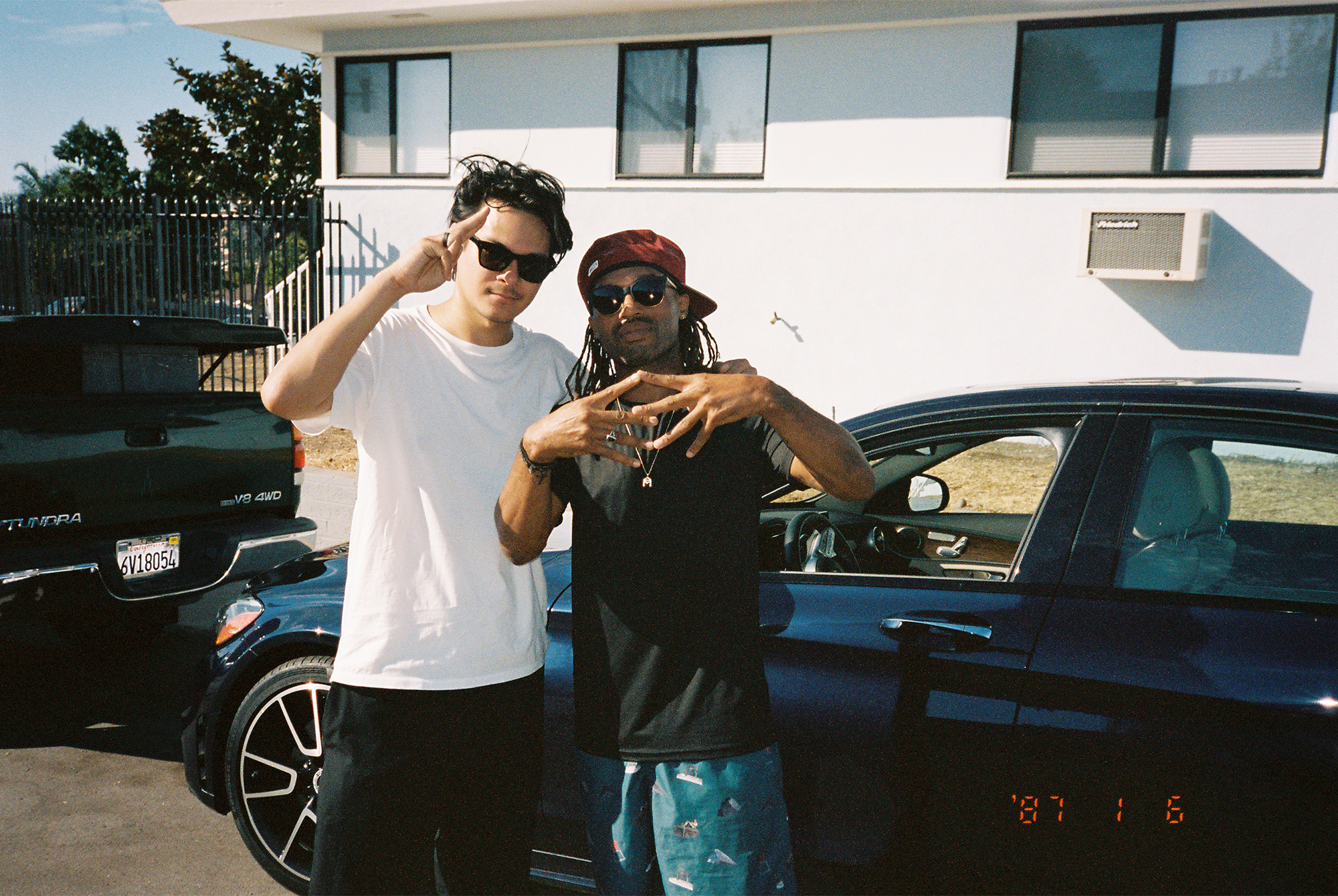 I really hate this photo of myself but the guys were saying I should include it. I have that awful greasy hair and douchey sunglass combo usually found in the world of Real Estate and Adult Entertainment. 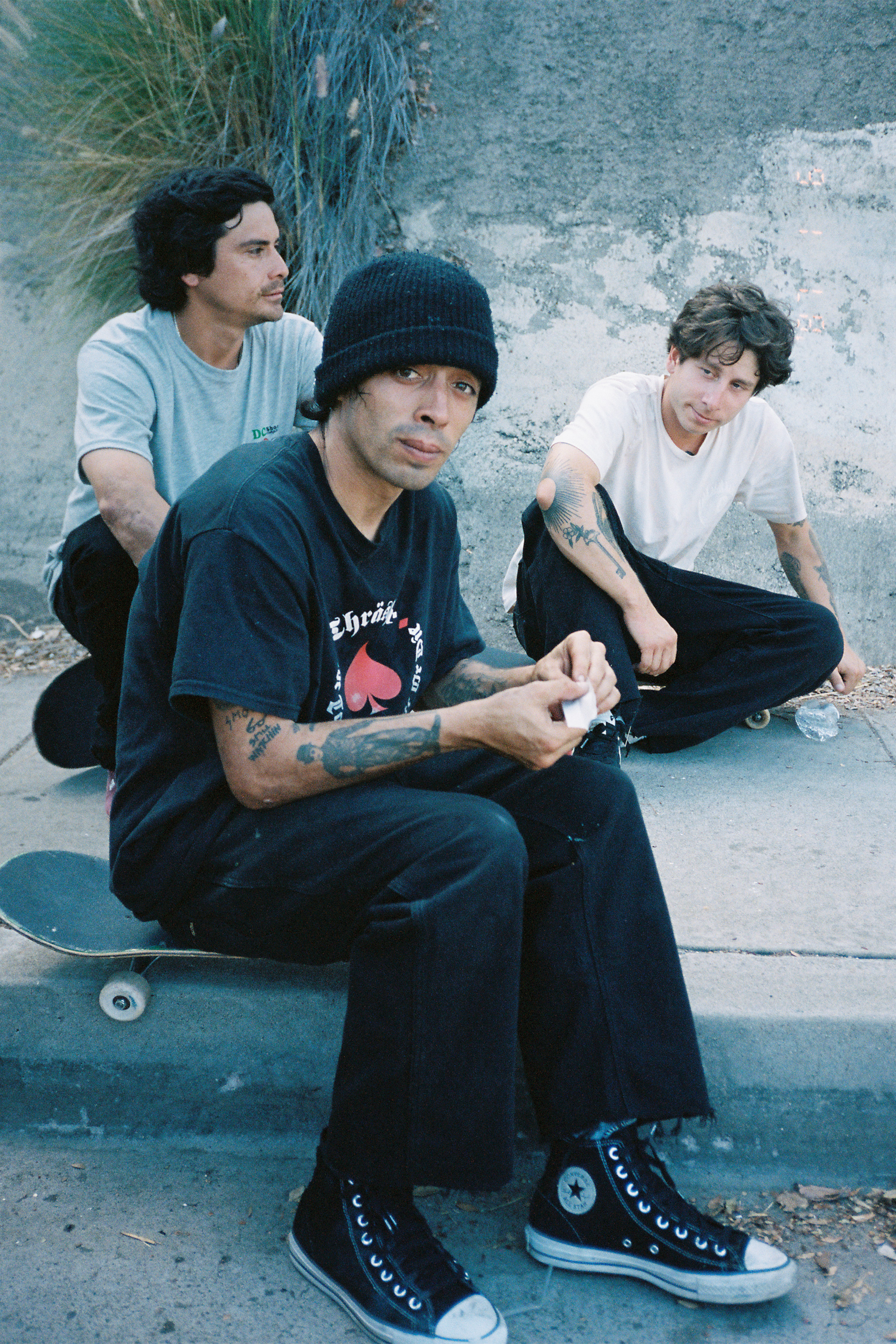 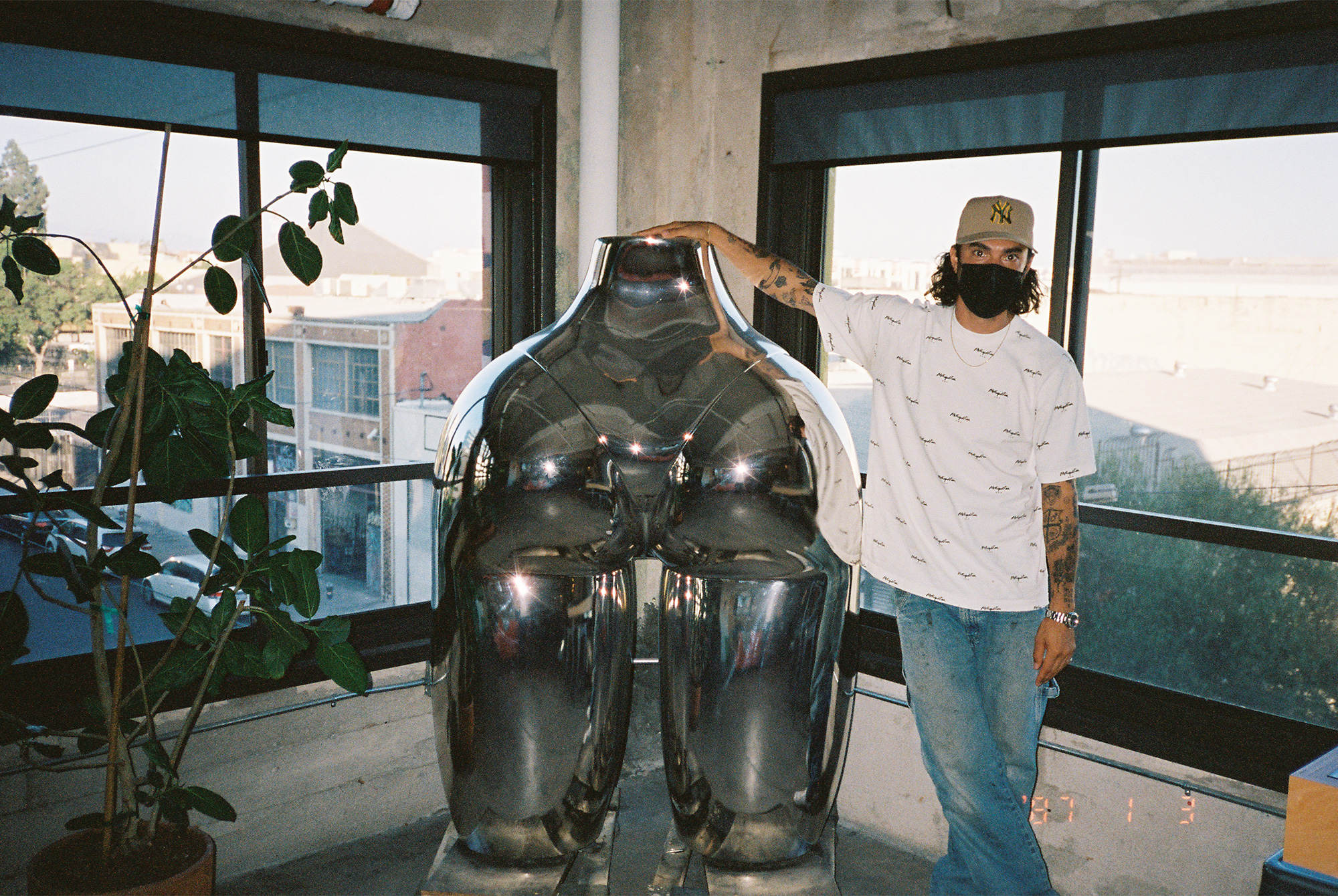 A quick glimpse of HUF HQ with one of the most OG employees, Hanni. If I had all the space Angelinos have in their apartments, homes, and offices, I’d probably have a giant silver statue of some booty cheeks too. 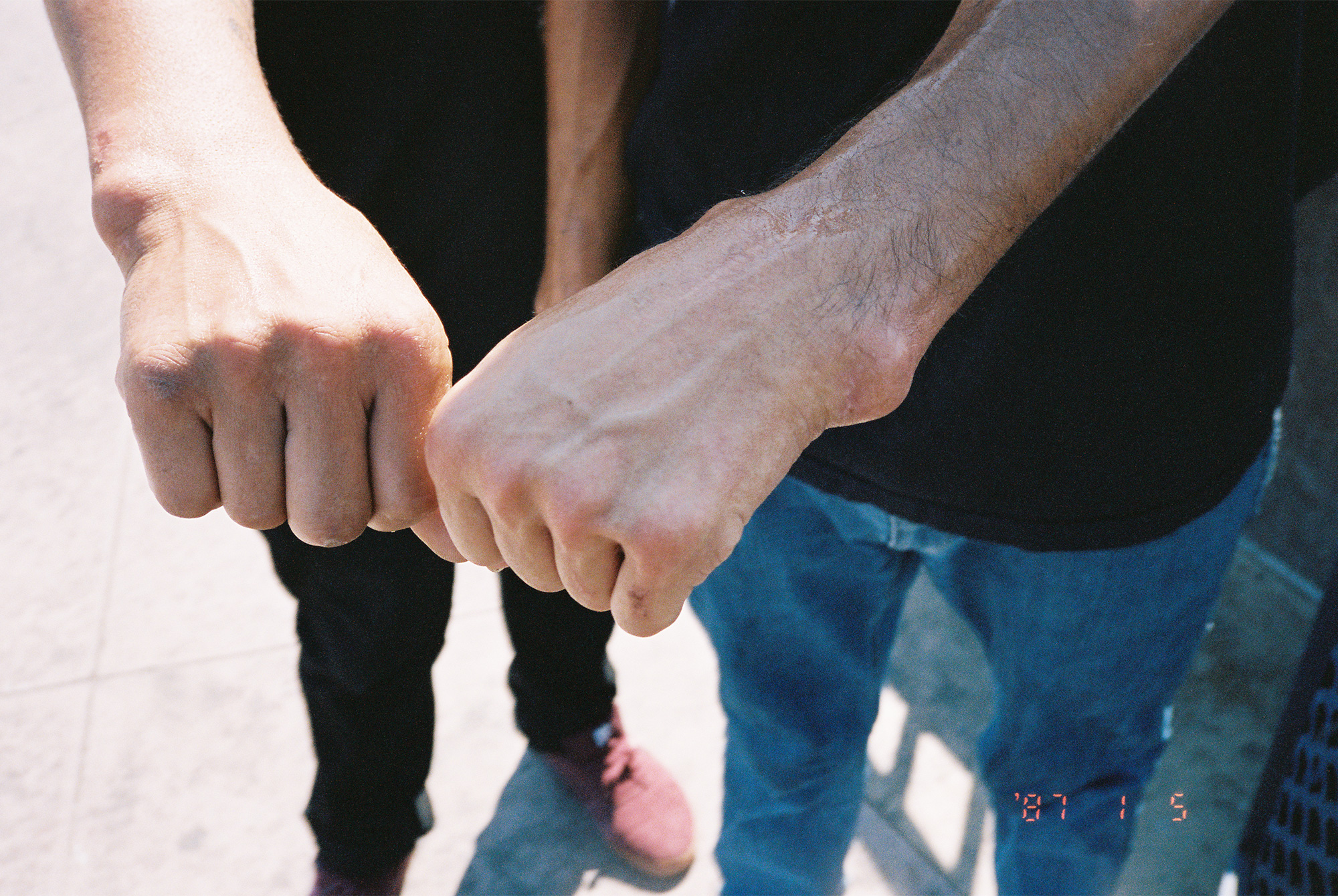 A nickname that lives up to the hype: Tom Remillard (on the right) AKA TwistTheWrist and… his twisted-ass wrist. 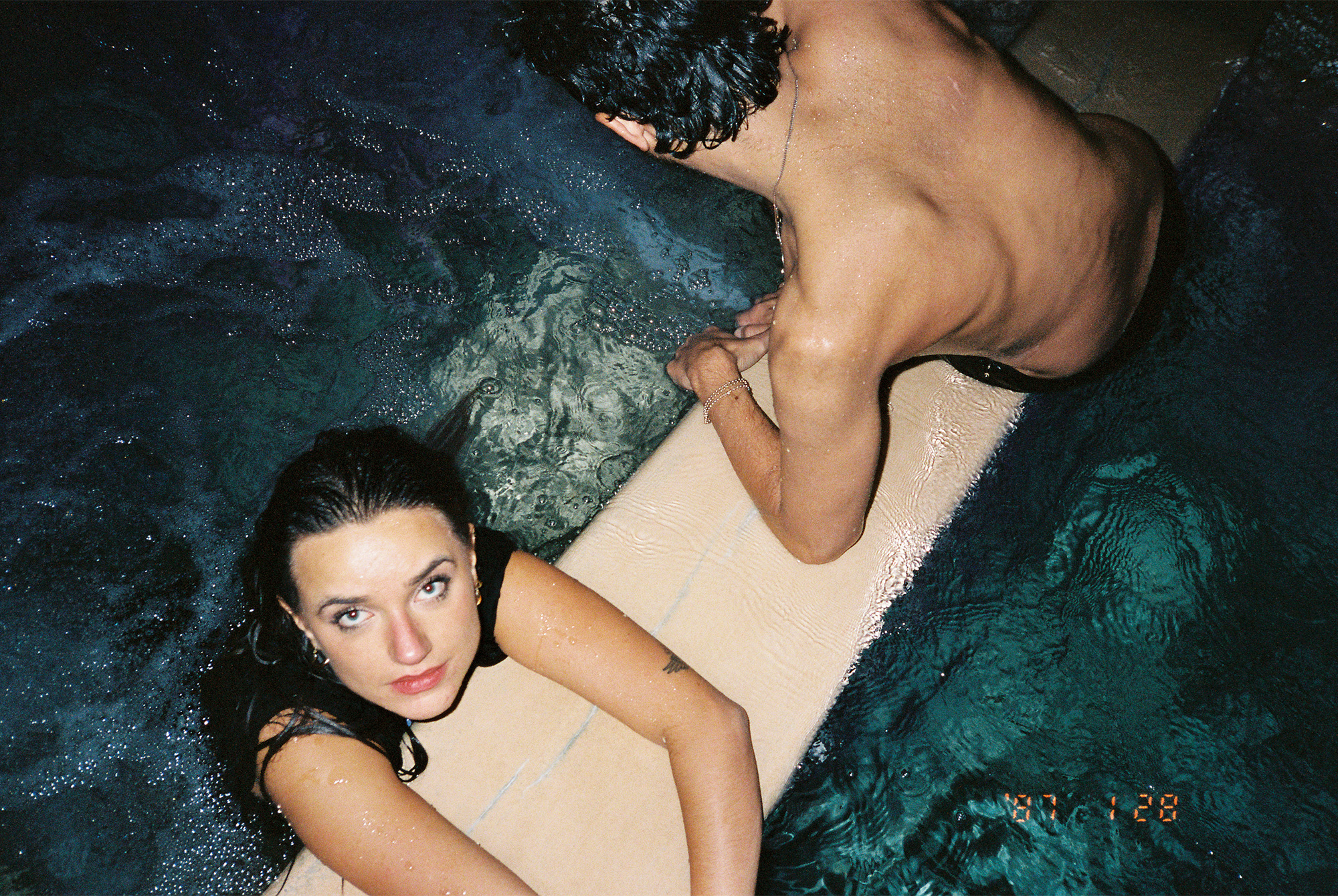 We went swimming. What else do you want me to tell you? I tried to milk it and do anything I couldn’t do back home, that includes drinking a beer in very warm water and peeing in the pool every 5 minutes. 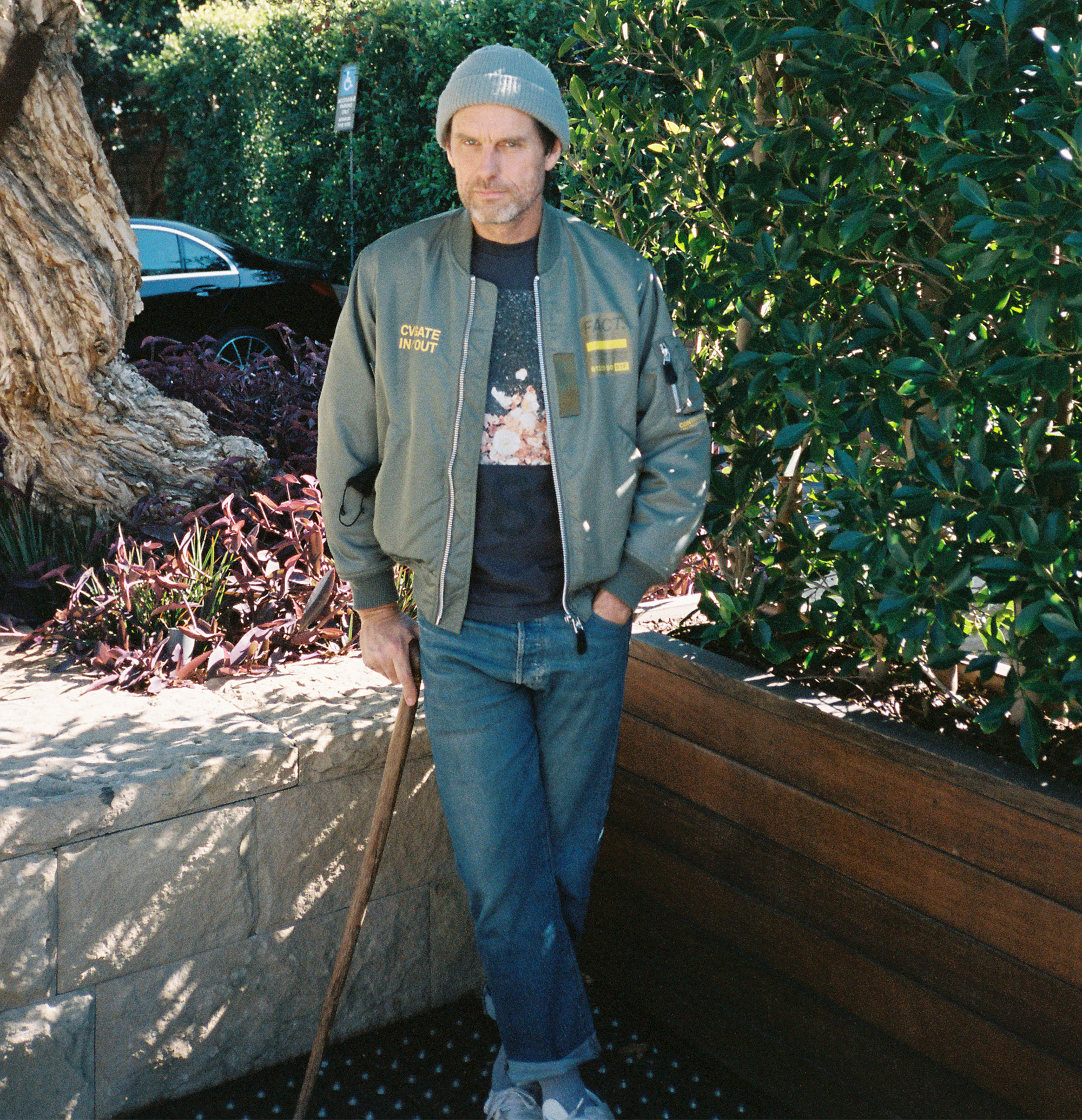 I met up with Damon Way in Malibu, who was graciously down to have lunch and brainstorm and shoot the shit. Damon is the co-founder of DC Shoes, and can be found currently running FACT and practicing his best Blue Steel. Oh yeah, and he’s Danny Way‘s brother, but you knew that. 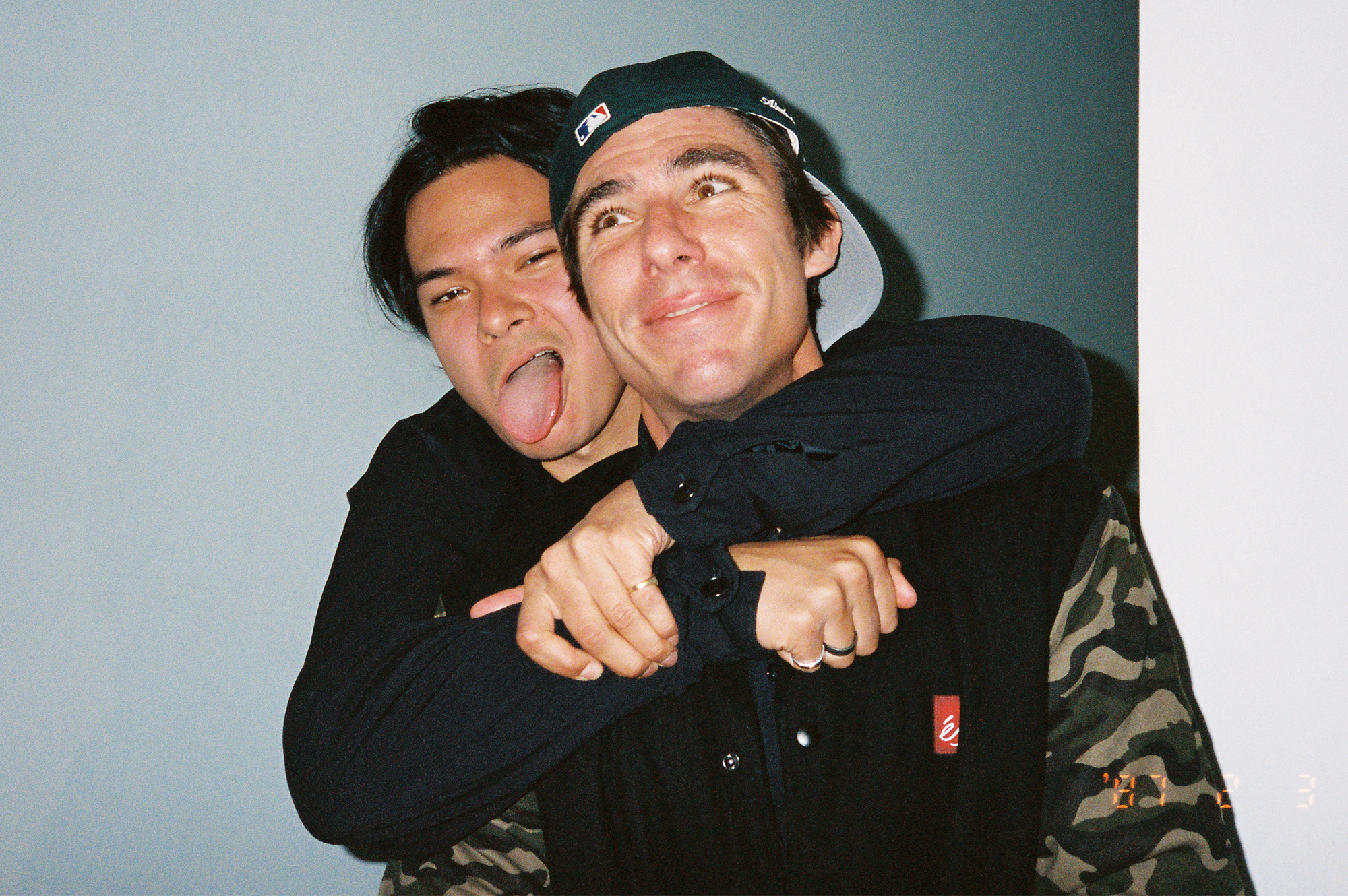 If you can’t tell by this pic, we’ve got a soft spot for Kelly Hart. 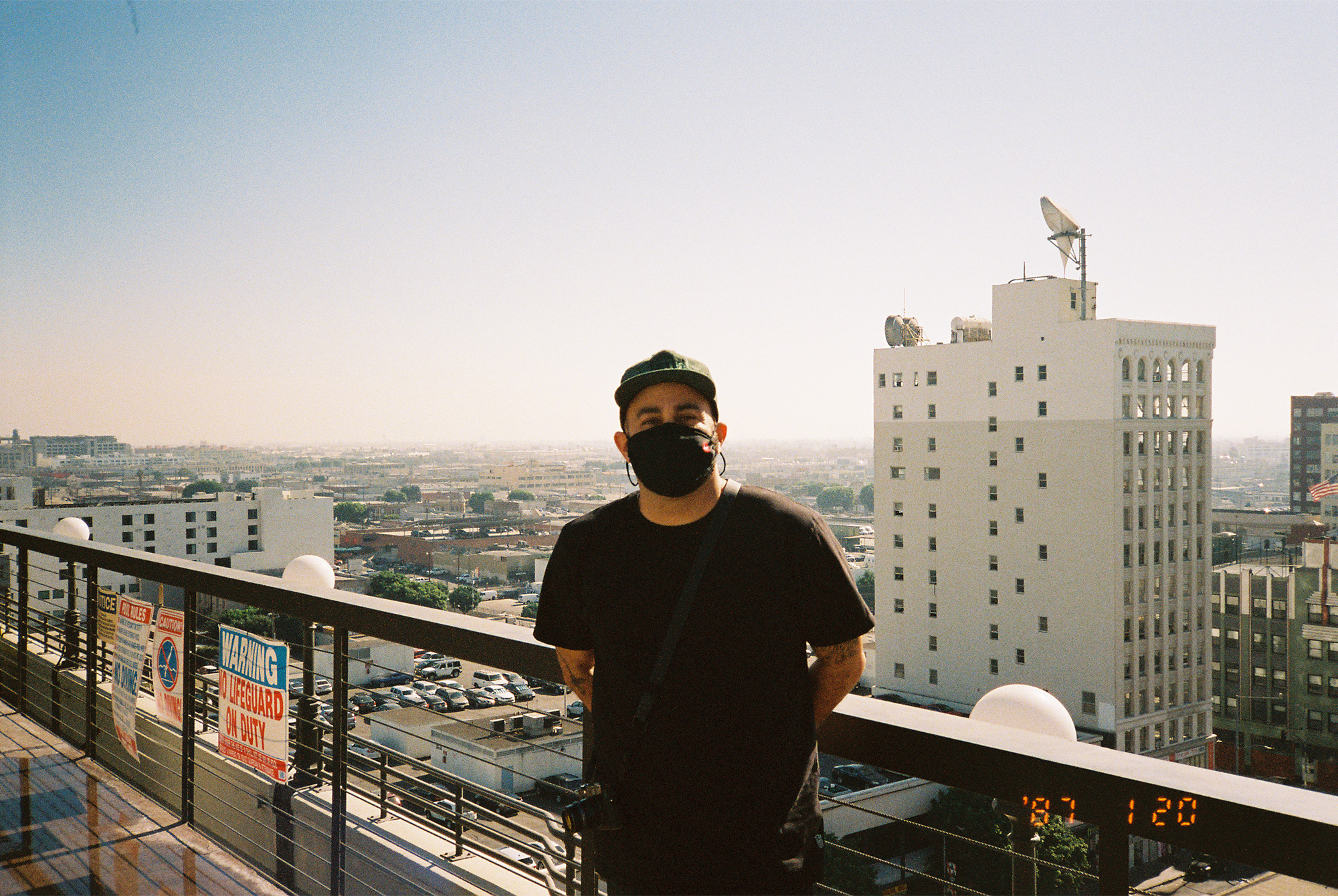 Stephen Vanasco AKA Van Styles has one of the most proper studio spaces we’ve ever seen, which you might have caught during one of our IG story tours. When I asked him how much camera gear he had, he paused and simply answered, “Too much.” I pushed further and asked, “What, $500,000 worth?” He just smiled and shook his head, “Maybe around there.” 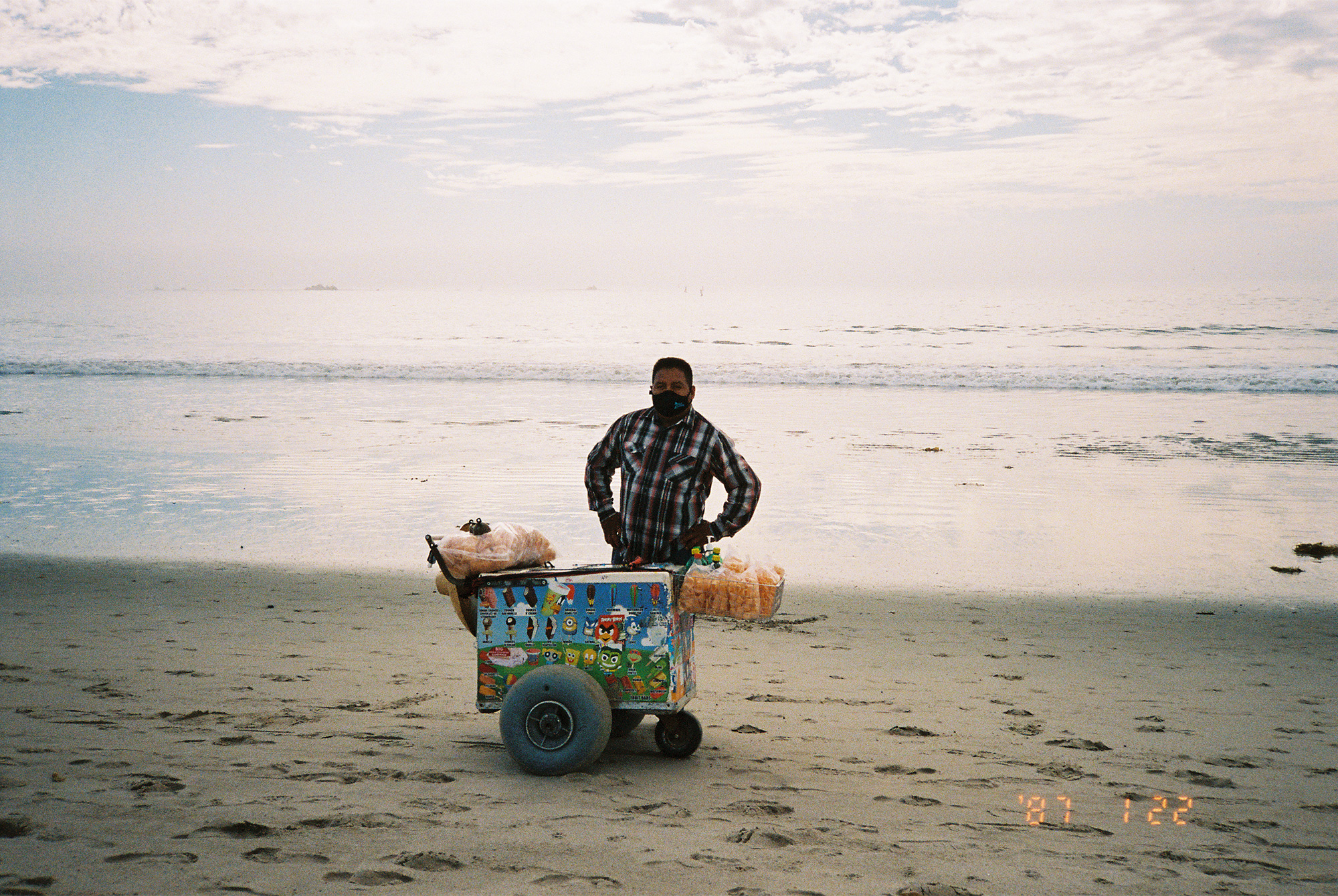 One thing I’ll miss is the pushcart vendors out here who serve you on the beach. You can get some chips, an ice cream, and a cold beverage for about $6. The funniest part is some of these guys only take Venmo, no soggy beach dollars allowed! 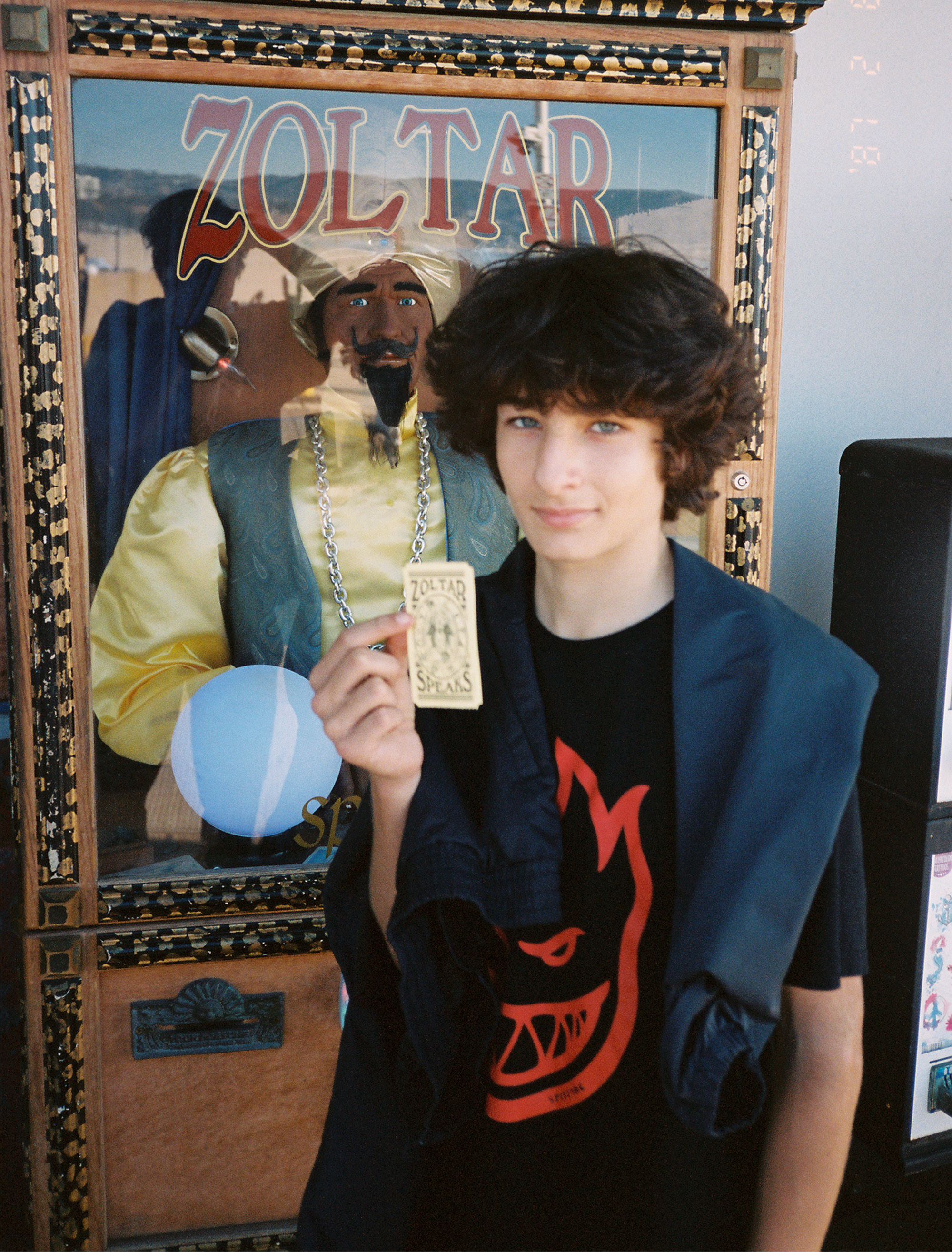 Sunny Suljic (from Mid-90s) didn’t let us hear what his wish to Zoltar was, but our guess was it probably went a little like this clip from the movie BIG. 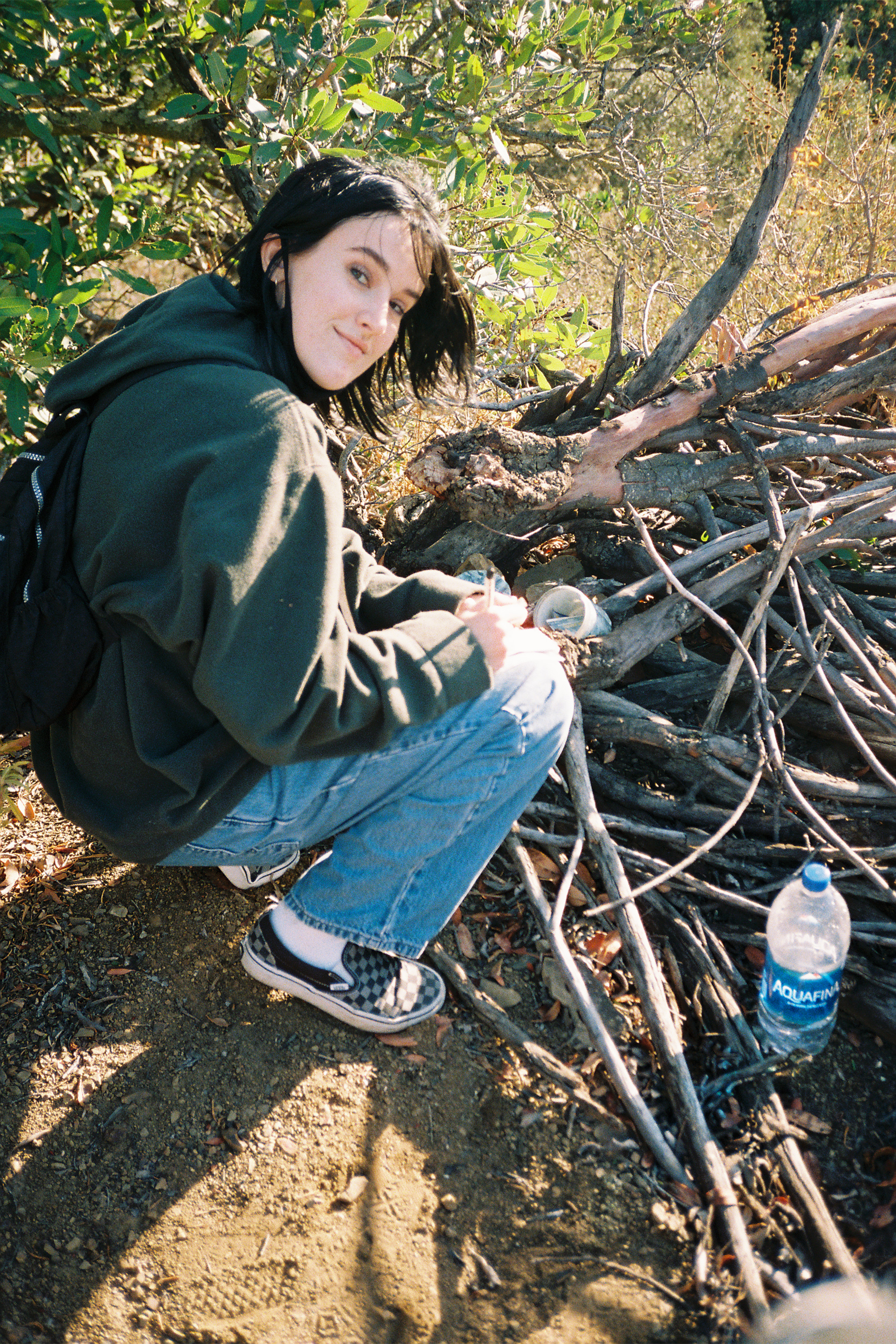 On one of the last days, our friend (and Jenkem Vol. 2 contributors) Sophie Day took us hiking in Topanga, which was a good change of pace for someone who is constantly surrounded by cement dust and the sounds of construction. Sophie is a photographer and just quit her day job at the sex shop to go fully into photography and chase other artistic endeavors.

We’re rooting for ya, Sophie!!!