HOW WORRIED SHOULD SKATERS BE ABOUT CTE?

In early 2016, BMXer Dave Mirra’s suicide by shotgun left many shocked. An outpouring of grief and confusion followed: how could someone so young and successful be pushed to kill himself for no apparent reason?

As the BMX community grappled with the tragedy, an autopsy confirmed Mirra was the first “action sports” star to die as a result of having Chronic Traumatic Encephalopathy, or CTE, a degenerative brain disease with no cure found in people who’ve suffered repetitive head traumas (like bashing into concrete or getting smacked super hard).

As the list of people affected by CTE grows beyond expected groups like football players and boxers, and we learn more about the disease, it is becoming apparent that a CTE tragedy in skateboarding isn’t a question of if it will happen, but when. 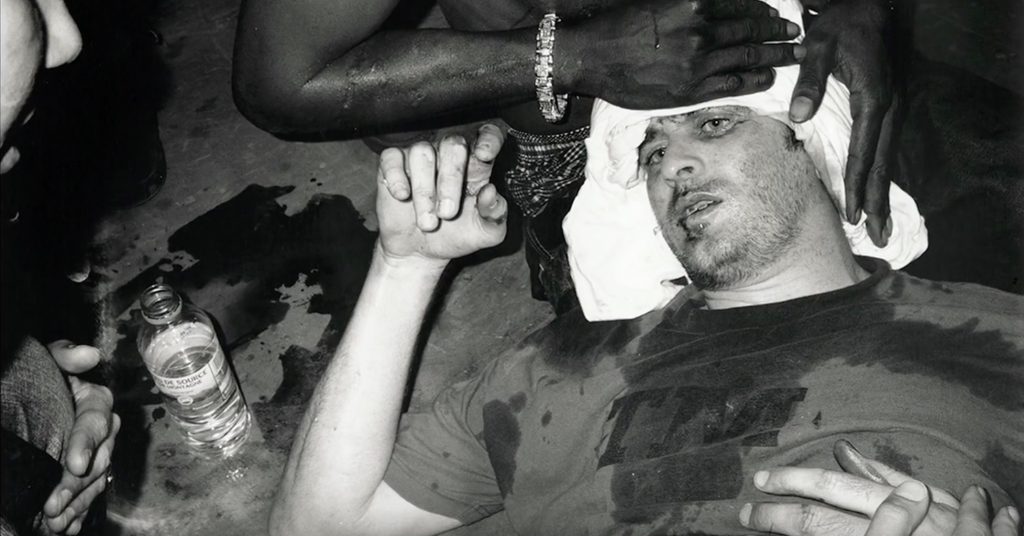 Much about CTE is still being disputed, but some facts are pretty clear. Your brain is anchored on a stem and floats around in fluid inside your skull. When you suffer trauma, such as sudden stops, violent twists, or heavy blows, your floating brain can be jolted out of place and smash into the sides of your skull.

Repetitively doing this (often by hits to the head, but not exclusively) causes a protein called “tau” to synthesize and clump throughout the wrinkles of the brain, killing healthy brain cells and eventually deteriorating those parts of your brain. These developments come as late as eight to ten years after the repetitive trauma, and manifest in three waves of symptoms:

Doctors confirm CTE by examining brain tissue. Because concussions don’t result in brain bleeding, they don’t show up on routine neuroimaging tests like MRIs. That means the disease is nearly impossible to diagnose while someone’s alive.

As newer research shows, athletes in contact sports like football or hockey aren’t the only ones susceptible to CTE. People in any sort of volatile activity, including skateboarding, are at risk. Even though skateboarders generally don’t take impacts as constant or severe as football players or BMXers, the concussions skateboarders suffer are still serious, and awareness of the disease is gaining some traction throughout the community.

Ed Templeton and Ducky Kovacs are generations apart, but their experiences with injuries run parallel to one another. Having dealt with head trauma since a young age, both had some background knowledge of CTE, and both agreed that CTE puts skateboarders in serious jeopardy.

Templeton counted six concussions throughout his career that were serious enough to be hospitalized – “that means it was so bad that I needed an IV to stop the vomiting” – but mentioned “countless” other head smacks that should have landed him in the hospital, but didn’t.

“One time in Sacramento… I slapped the side of my head on the concrete with a helmet on even, and I lost my vision and started freaking out,” Templeton told me. “We were en route to the hospital when my vision started coming back, so we turned around and went back to keep skating. Like most skaters I’ve done the old fall backwards, and whip the back of your head onto the floor so many times I can’t remember them all. Most of those didn’t stop me from skating, you just see stars for a bit or get some tunnel vision for a moment. Some had no effect. So basically the only times I went to the hospital was when I was completely knocked out and friends were like, ‘Fuck this, we are taking you to the hospital.’ Recovery was always just waiting for the symptoms to go away. Nothing special was done as far as diet or drugs. Just rest.”

“I probably get a concussion about once a year.”

Ducky’s experiences mirror Templeton’s, down to the half-hearted hospital visits.

“When I skate often, I hit my head about once every three months,” he told me, pointing out these hits started as early as fourteen years old and might be from obstacles as minor as a two-stair rail at a skatepark.

“I probably get a concussion about once a year,” he said. “I normally can tell when I get concussed, it has happened a few times without actually hitting my head. I normally go to the doctor right away. It’s frustrating because all they do is make you get a MRI then tell you, ‘You probably have a concussion, hold off on any strenuous activity for a few days till you feel better.'” 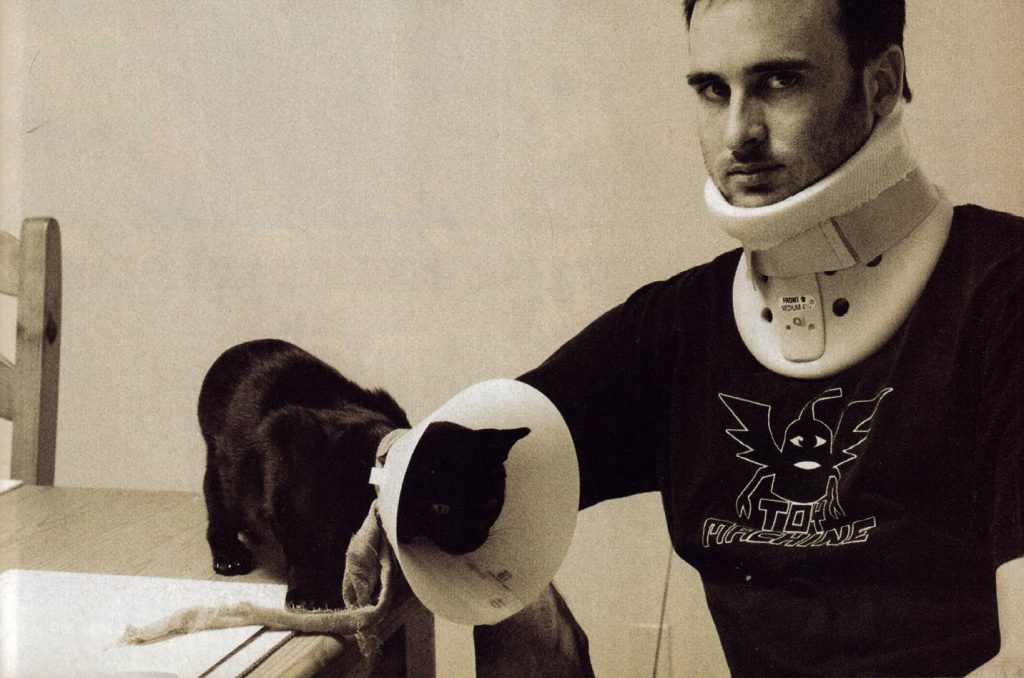 These stories are all too common among skateboarders, and they suggest there are several factors about skateboarding that put our group at particular risk for CTE.

One: It’s not just concussions, but repetitive (often sub-concussive) hits to the head over the span of several years that cause CTE. Skateboarders are no strangers to head trauma. Search YouTube for “skateboarder hits head” and you’ll find over 17,000 results. What’s more, some studies show that it’s not only direct head impact that can be a problem, but lesser collisions too. If this doesn’t make sense, just think of the cumulative impact on your neck and body after bailing tricks down fourteen-stairs for ten years straight.

Two: People with head impacts before age 12 and athletes with longer careers both have increased risk for CTE. While tricks continue progressing, kids start hucking themselves at earlier ages, and skateboarders’ career spans lengthen, the risk of a CTE case in skateboarding grows exponentially.

Three: Proper diagnosis and treatment of head injuries is crucial for preventing long-term consequences, but skateboarders are notoriously lousy at it. Not only do many skateboarders neglect proper medical care, electing instead to sleep it off or self-medicate, but our culture actively romanticizes the idea of powering through a trick before the pain of an injury sets in. Think about Chris Cole’s backside 360 down Wallenberg, or any of the slams in Nyjah’s latest part–the achievement is seemingly doubled because they got hurt beforehand, and the injury is almost celebrated because they shunned proper medical attention.

Four: The skateboarding industry doesn’t take the risk of CTE seriously yet. As independent contractors, many professional skateboarders already struggle with medical bills, generally receiving no help from their sponsors. Kovacs told me of a $2,500 bill for an MRI that he never even saw the results of because he no longer felt concussed and left the hospital before the doctors could show it to him. He also mentioned being encouraged to lie on medical forms to avoid the big bills that come from treatment in America. Templeton emphasized the same thing to me, saying that because of the informal nature of professional skateboarding sponsorships, big box brands “[are] not going to be responsible for what happens to the riders they sponsor in the future, and even in the present, getting hurt is part of the job.” 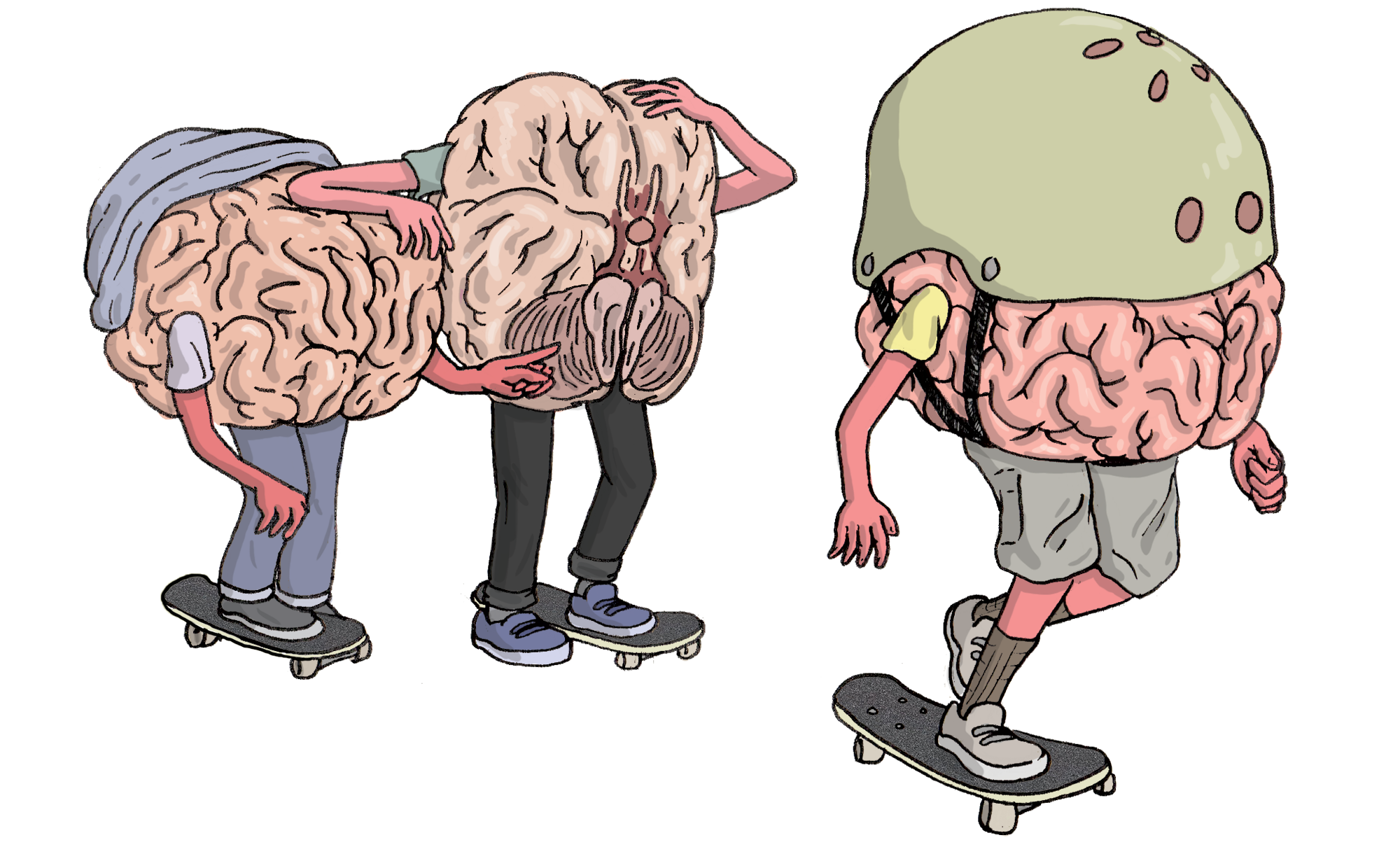 Instead, I was directed to the Mayo Clinic’s website, one of their research partners, but found no information on how the height of a fall or the surface of impact (since compared to football players falling on grass, skateboarders often slam on with concrete) plays in trauma, and little on how a lack of proper post-injury recovery will amplify the risk of CTE. However, they did stress the importance of abstaining from drugs and alcohol immediately after trauma and the role of helmets in preventing concussions.

“This is something that’s been on my mind for a long time.
At a certain point, the helmet conversation has to be had.”

One notable skateboarder is taking a stand for the latter. In early 2015, Mike Vallely vowed to only skate in a helmet, and he’s been outspoken about the role helmets play in preventing brain injury and damage (though he’s never mentioned CTE specifically).

“This isn’t some, ‘right-in-the-moment,’ thing,” he claimed in a video for “Get Used To It,” a helmet advocacy campaign. “This is something that’s been on my mind for a long time. At a certain point, the helmet conversation has to be had.”

“If I had a real wish for all of this… it would be kids who are starting skating now, who are wearing helmets now, they’ll just stay in them. That the peer pressure will be reversed.” 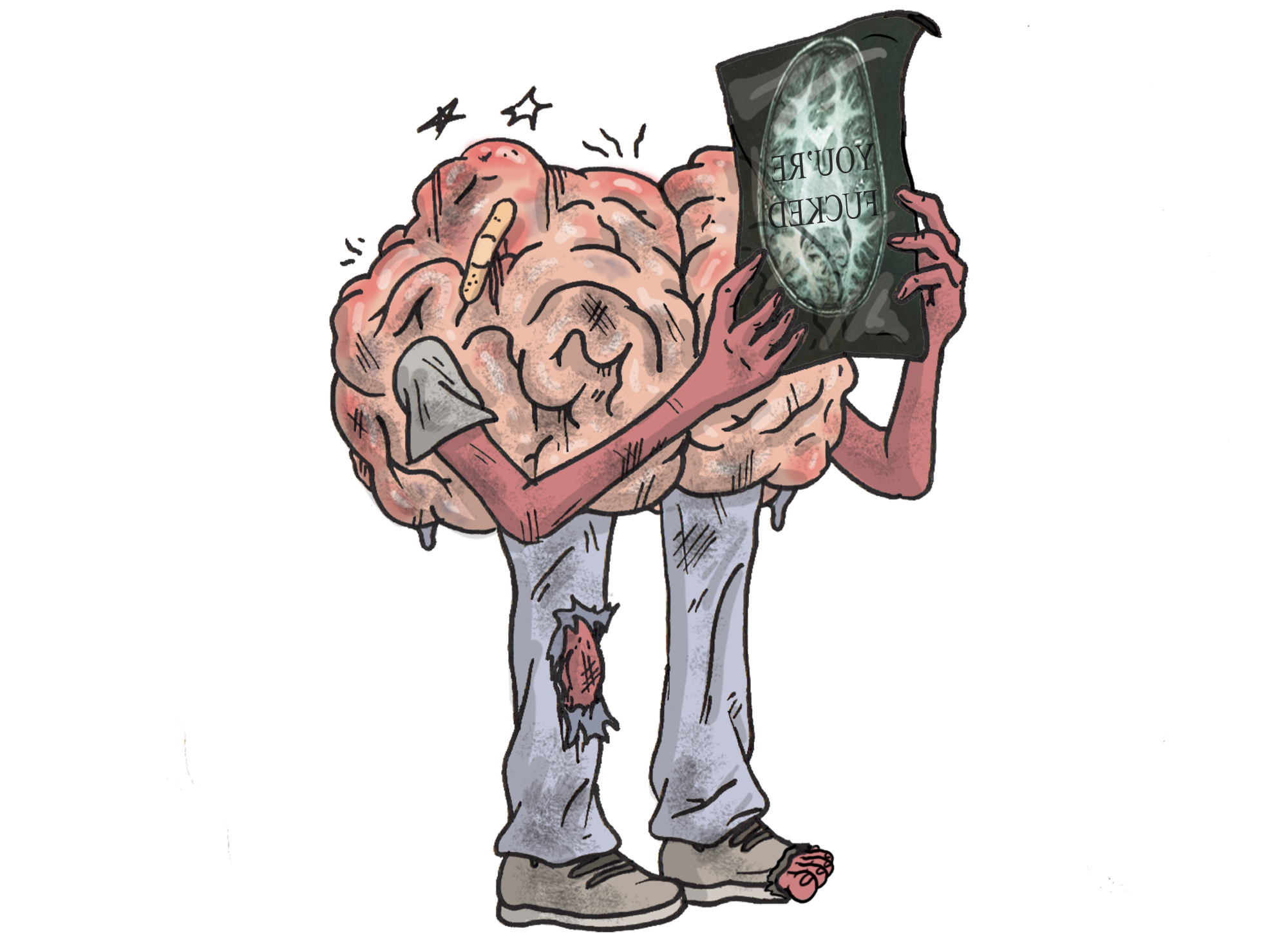 Although an aging pro’s actions may not be enough to convince future generations of kids to protect their dome pieces, widespread awareness of CTE might be enough to stir change.

Ducky heard about the dangers of skating with a possible concussion from an athletic trainer friend, spurring him to read up on CTE. Now, he’s more knowledgeable of the disease, and he hopes that a change in attitude towards head injuries will start at the ground floor. If team managers, filmers, photographers, and skateboarders all educate themselves about the reality of CTE, then maybe the industry will eventually follow suit.

“I’m looking forward to more positive results regarding head injuries and CTE. I want there to be more resources for skaters for all injuries and especially head injuries. I would like skaters to have more access to see medical professionals when they feel they are concussed, but I know it’s tough with crippling emergency room fees. Hopefully, brands can offer more support for medical attention when skateboarders suffer a possible head injury and all skaters learn more about the ‘protocol’ for evaluating head injuries.”

“The only change will be when we see people like me killing themselves or dying young.”

Templeton is far less optimistic. While he hasn’t experienced any depressions, major memory loss, or suicidal tendencies, he admits he’s still a candidate to watch for CTE in, particularly after increased headaches due to his previously broken neck and more recent muscle spasms. The damage to his body is done, and barring the worst possible outcome, he doesn’t anticipate any change in industry attitude soon.

“It’s going to take a current major celebrated pro skater to suffer a major career-ending head injury to really change anything… The only change will be over time when we see people like me killing themselves or dying young, maybe that will encourage the current hot pros to wear a helmet and inspire the kids looking up to them to wear them too,” Templeton said.

“But don’t hold your breath.”