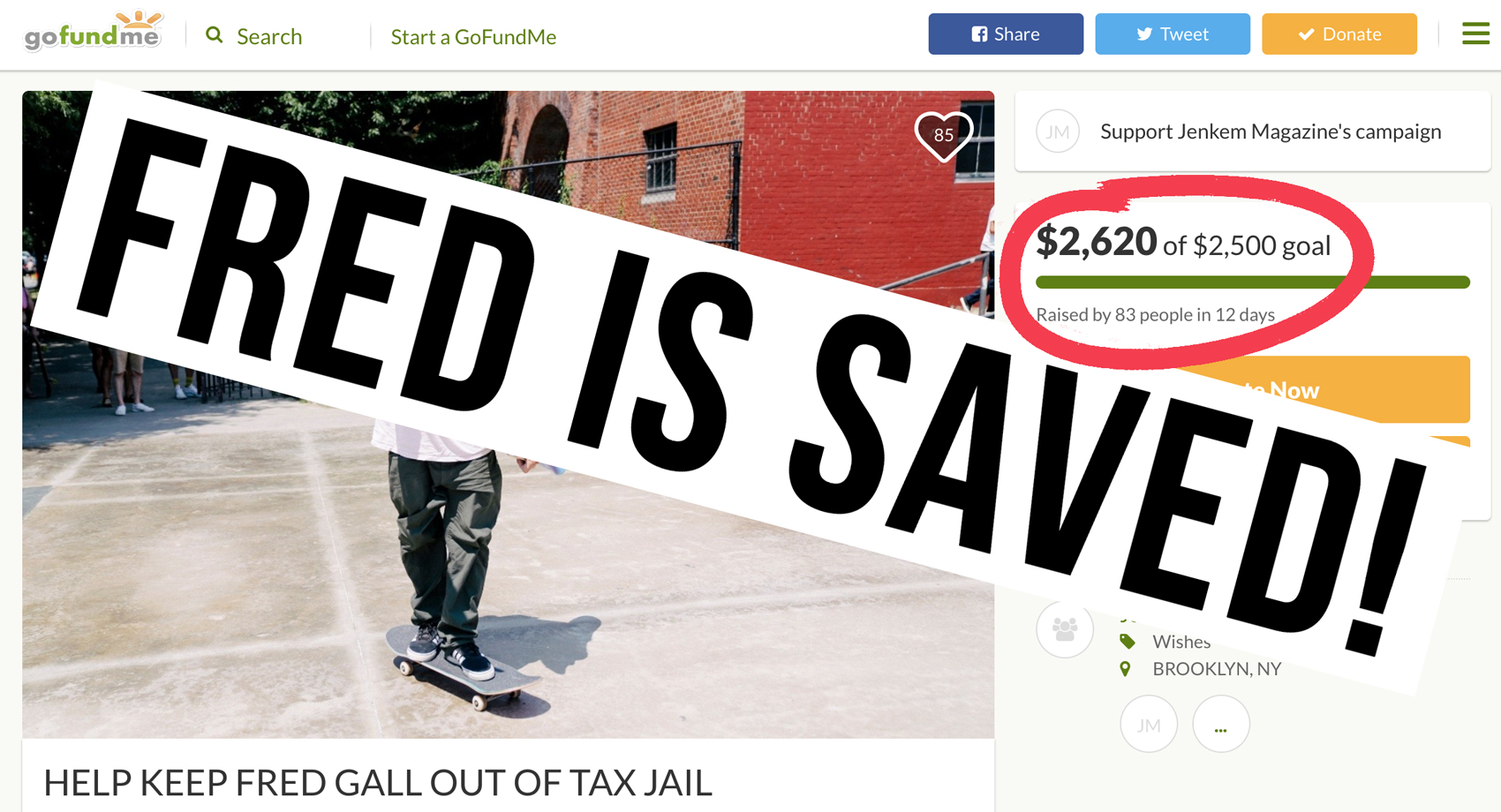 UPDATE: Freddy’s saved! Thank you to everyone for donating and spreading the word of Saint Frederick of New Jersey, it wouldn’t have been possible without all your help. We’re wiring the $2,500+ to Fred now and it’s up to him to make sure that money gets to the Tax Man where it’s needed.

Who knew you could actually cash in street (and SLAP) cred for a couple G’s!

Our favorite skater/superhuman, Fred Gall, needs our help. He’s in deep shit with the heinous Internal Revenue Service, and if he doesn’t pay up soon the next footage we might see of him could be in the cuffs of the tax collectors.

While we don’t know the ins and outs of all the tax laws, we know Fred owes $80,000 in back taxes from a time when skateboarders like him were making bank (but not being advised by managers and life coaches about divestments and mutual funds and stuff), and now he needs to raise $2,500 by August 15th to stay on his repayment plan.

Fred also keyed us into his living situation, working construction to help pay the bills for his mom and uncle, who both suffer from injuries and disabilities and need constant assistance around the house.

He wouldn’t be asking for our help if he and his family didn’t genuinely need it, and you can read the whole story in the note Uncle Freddie sent us, then follow the link to his GoFundMe to donate: 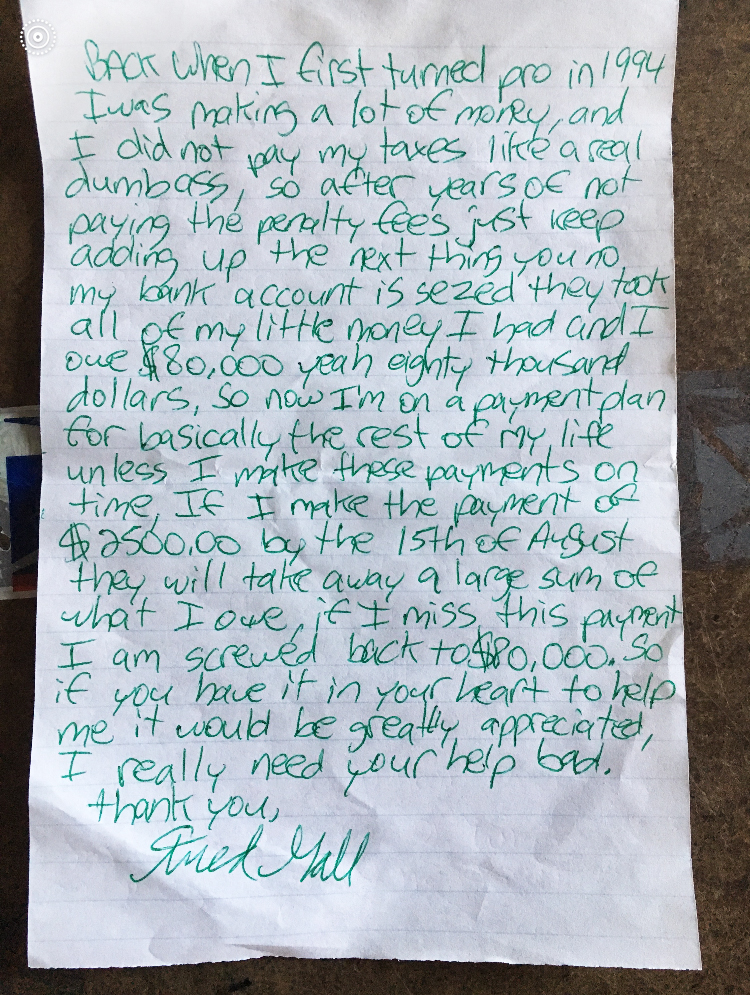 But maybe you’re not a Gall fan, and you’re thinking, “What the fuck? There are kids starving and you’re trying to raise money for some guy that got paid 20 years to skateboard!” Well, yeah.

We’ve been entertained by Fred’s skating and inspired by his mythology since we first got into skating, and for that alone we feel he’s deserving of a couple bucks. Also, Fred rushed into a burning building in Cambodia and saved monks and cats. He’s a literal hero. Fred seems serious about staying out of the government’s crosshairs, and anything the skate community can do to keep him around won’t be taken for granted.