A VISUAL GUIDE TO SKATING CARS 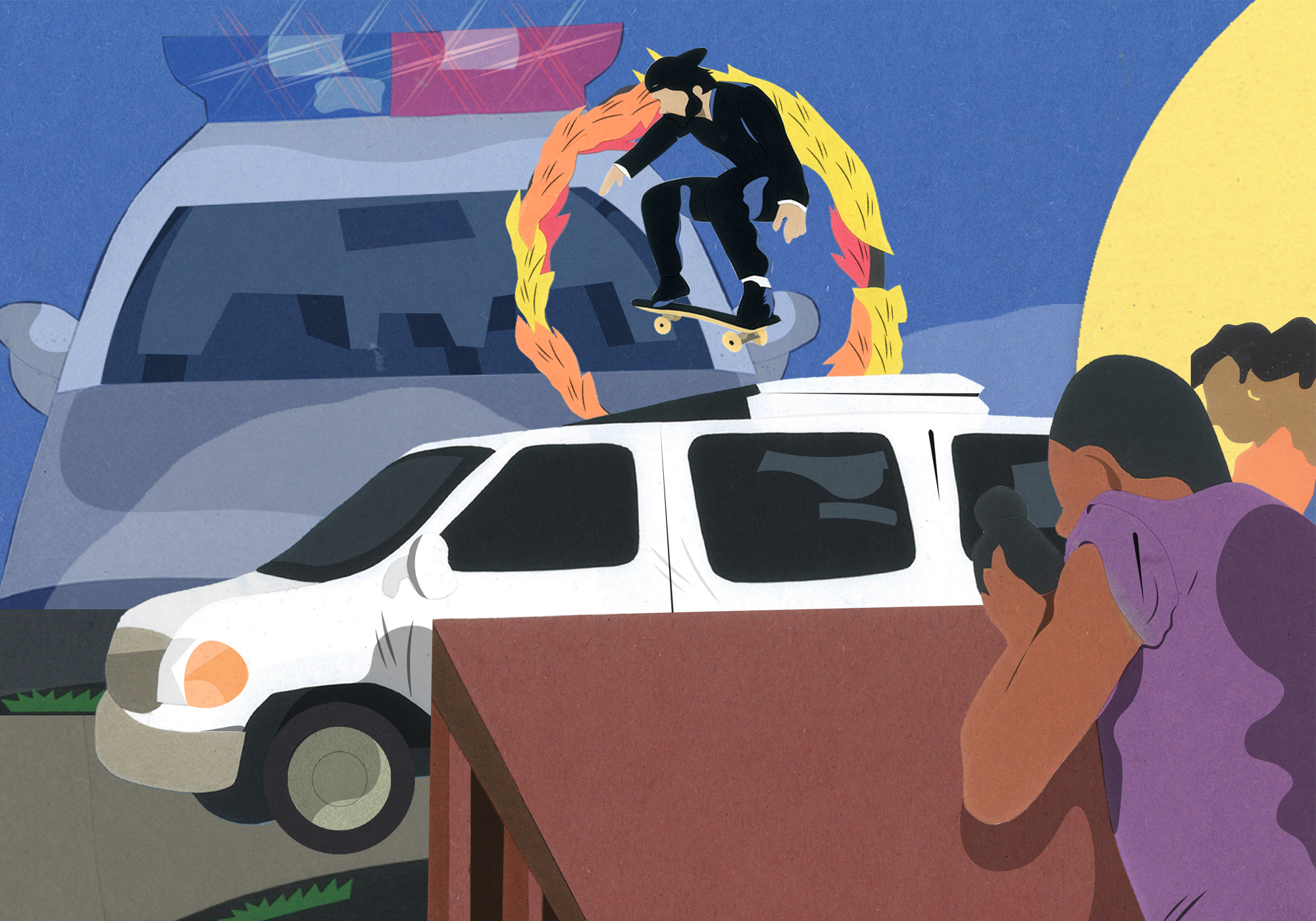 According to a stat I just made up, there are about one billion cars currently in circulation across the globe. Yeah, cars are a leading cause of global warming and an insane amount of deaths, but they offer endless possibilities for the people who own them. Besides just driving them to your shitty job, you can soup them up Mad Max style, get laid in the backseat, and of course, use them to get an unforgettable clip.

Skating on cars is definitely not a new trend. In fact, Natas was doing it 25 years before I could legally drive. Since then the tricks have gone to new heights, just like gas prices, and there have even been entire videos dedicated to skating cars. So in honor of the pioneers of car shredding, we sifted through tons of footage to pick out some of our favorite car clips to share with you.

Before you ask, no, this post isn’t sponsored by Toyota like all the US Olympic athletes are. But if anyone from Toyota happens to be reading this, if you give me a free Tacoma, I’ll be sure to skate the bed of the truck and post it to the ‘gram.

Like most things in street skating, Natas is the true trendsetter when it comes to skating on cars. This boardslide in Streets on Fire is likely one of the reasons a ton of contests in the early ‘90s had a random car in the middle of the course. Thankfully, the whole high tops with high socks thing Natas was pushing here was a trend that was lost to time.

Everyone has that friend that tries way too hard to be “wild” whenever there’s a camera around. Vincent never struck me as that guy, until I saw him knock out the back windshield of his Volvo for a lifestyle video on Thrasher. That being said, this clip ultimately did make me want to skate a car underneath some lights with my friends, but it also made me skeptical about the highly praised safety features of Volvos.

It’s definitely hard to write anything about GX without being controversial. But to be fair, if we’re talking skating on and over cars, it would be malpractice not to mention Pablo’s ollie in El Camino. Rather than overanalyze it, I’ll just let you watch this clip in awe just like the blonde lady at the end who looks like your homie’s mean aunt.

You don’t see very many parking lot demos these days, and it’s a real shame. Kids who are just starting to skate today will never get to see their favorite pros vomit out of the backseat of the tour van right before the demo or dip out early to hotbox it when they can’t land a single trick.

It’s hard to pick a specific moment that stands out the most from this quasi demo section of Destroying America, but a personal favorite of mine is when Jeremy Klein drives around with the dashboard completely on fire. Some might say that Heath Kirchart’s noseblunt across the roof box was the best trick here, but have you ever driven a car while it’s on fire?! Of course not.

One time while skating under the BQE—the crusty Brooklyn spot where these clips were filmed—my board slipped away from me and rolled under a car. When I walked over to grab it, I realized someone was getting head in the driver’s seat. I can’t say for sure that anything like that was happening in this particular car that MJ and Daewon killed, but I also can’t say for sure that it wasn’t, if you know what I’m saying.

I know that some of you don’t care about NBDs anymore, but as a staunch NBD conservative, I have to say this trick is one of my favorites ever done, car or no car. Like a seasoned NASCAR driver, Brandon hops out of the window of his four-wheeled beaut, hops onto the roof, and like a ballerina spins a perfect back 360 off. To cap it all off, he chases the car down before it crashes into the bushes, seamlessly hops back inside, and rides off out of frame, presumably into the sunset. I’m not sure what Brandon was on when he figured out that he can do this, but it’s probably illegal in 32 U.S. states.

Simply put, this is how every skateboarder wishes they could skate a car. The effortless wallie, the clean roll across the hood, and like with every Jake Johnson trick, a strong and graceful landing and rollaway to send it off.

Look, I think pickup trucks look badass, but if you own one and aren’t actually lugging around heavy equipment (skateboards don’t count) you kind of just look like a tool. Also, paying out the ass for gas just to signal that you’re blue-collar doesn’t seem that appealing. That being said, Jordan Taylor gets a pass because I think we can categorize this front board pop out on a moving truck as “heavy.”

Camaros have always had a special place in cinema. One of the most famous is probably the ’79 Camaro in Fast Times at Ridgemont High that ultimately gets demolished (sorry for the spoiler). I used to daydream about how much fun it must have been to destroy that car, so when I saw this Fancy Lad edit I almost lost my mind. Not only do they get to smash out the car’s windows and slash the tires, but they get to do tricks on it, like Ariana’s super quick ass-slide-power-slides.

Add this video to the list of amazing films that feature a Camaro ASAP.

It’s a bummer that contest courses aren’t designed like how they were back in the Tom Penny era. Do you think California Skateparks would build anything as exciting as this course that Penny is ripping here? I don’t think so, and if they did have a car it would be for advertising purposes only. There’s no way the contest organizers would let him hippy jump through the front window of a brand spanking new Toyota.

Maybe I’m a dick for adding this to the list, but you have to admit this hood bash to front flip is more impressive than almost every other trick on this list. Definitely fits the NBD criteria.