Individuality is something we all value as skaters, but if someone’s skating feels a little too individual, they’ll start to get bashed for “faking the funk” or “being too gimmicky.” It’s a fine line to walk, but there are few skaters out there that walk it better than Ben Koppl.

Ben’s got a free-flowing and improvisational approach that pays no heed to “illegal” tricks. Sure, there are glimpses of people like Leo Valls (who makes a cameo in this video) or Gou Miyagi, but Ben’s collective style is completely his own. He goes by “Rollersurfer” on Instagram, and I’d be hard-pressed to find a better way to describe his skating.

Enjoy his sometimes polarizing signature blend of technical, flowy, and playful rolled into one. 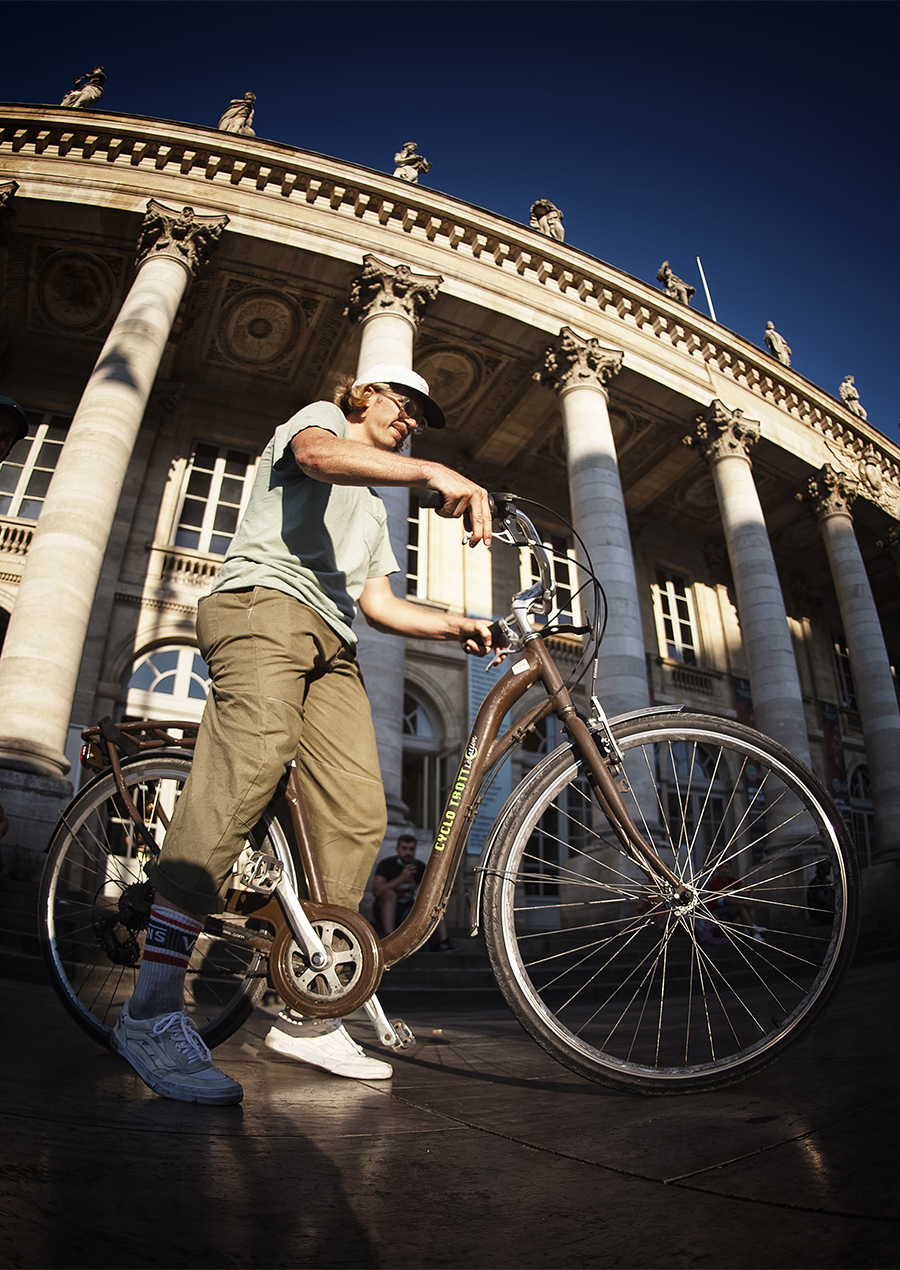 Do you know all of the names of the tricks you do, or are you just winging it most of the time?
Not to nerd out too much on it, but I think imagining tricks based on language is really limiting—if you’re thinking in words you’re only going to do things that there is already language for.

For me, my favorite ideas are ones that are inherently hard to describe and often specific to the spot where they occur. In that sense, I don’t worry too much about what things are called, although with enough work just about anything can be put in terms of the language that already exists.

I like the way tricks were named back in the day and love the stories and history of that—people really weren’t trying to make it so you could guess what the trick was from a written description of it, and it shows. A nose grab is a pretty obvious name. On the other hand, a lein air only makes sense if you know lein is Neil backwards, it’s an opposite hand grab, and who did it first.

It was like a weird code language, where everything would seem whimsical and arbitrary to outsiders, but could also carry tons of cultural information for insiders. That said, I’ve never felt the need to assign a name to most of what I do. They’re not popular tricks, so it’d be pretty self-indulgent to do it myself. Really cool, useful stuff like a caballerial deserves a name.

How long did this part take to film?
Around two months out of a three-month trip. I don’t think I took any days off skating in the first 50+ days of the trip.

This part came out of a academic project grant right? How did this whole thing start?
Well, before the pandemic my partner Zoe and I had the idea to study different skate urbanism projects in Europe and she applied for grant funding while she was a grad student in Landscape Architecture at the University of Washington. Ultimately, the pandemic happened and although we got the funding they said basically they didn’t want to be responsible for any risk we took in doing the project but to keep the money, and if we wanted to do something on our own that’d be great.

In a way, it was pretty lucky, as it meant we could explore more and have total freedom around what we would eventually produce as a result. Ultimately it aligned really well with the idea to do something with Film Trucks and we managed to make something pretty cool thanks to Jeremie, Bastien, and the Team.

What kind of research were you and your partner aiming to do this trip?
While neither of us are academically trained skate “urbanists” (whatever that would even mean at this point) we have both been really interested in the different projects where public spaces are made skate friendly, how spots that already exist get preserved or improved, and how we might be able to do more here in the US.

During the trip, the main thing we were looking at was: how do these projects come to be created, what kinds of processes make them possible, and what is necessary for them to actually work and be popular.

It became immediately clear that the projects we saw in Bordeaux operate on a very different basis than something like Long Live Southbank doing historical preservation work or the made-to-skate spots in Copenhagen that are often just designed by an architect who doesn’t skate at all because skating is cool. Malmö is also a very special city and we were lucky to get to sit down and meet with Gustav Eden, who is doing amazing work there.

Do you know of any other skate videos that have come out of educational grants?
Maybe not video parts but people are definitely traveling more to collaborate and share. One example of this that I really enjoyed was seeing a skate sculpture exchange featuring Leo Valls’ Bon Voyage sculptures from Bordeaux and Rich Holland’s sculptures that were originally in Malmö, which also featured video contests and other activation that made it feel even more special. I hope that kind of cross-cultural exchange becomes more common—skaters have a lot to learn from one another.

What are some key takeaways from studying these European public spaces that have been made skate friendly?
The main thing I learned is that all of these different projects happened very differently and what works in one place might not be realistic somewhere else. Understanding how city governments operate and seeing different case studies was inspiring to me because in the US we mainly only really think about skatepark advocacy and occasionally asking cities to not bulldoze classic spots.

Those are both important, but where they’re not possible, it’s cool to realize you could also apply for cultural grants, install sculptures, plan events, or take other measures to make urban space more democratic. Way more is possible when we open our minds and pay attention to everything that’s out there right now.

You lived in Japan for a little while, right? What was your favorite part of living there?
Yeah. I’m a huge fan of Japanese skate culture in general and getting to meet and skate with those guys was a surreal experience. For me, it was like if you were super into action movies as a kid, you flew to Hollywood, and boom, you’re friends with Arnold Schwarzenegger and he asks you to be in his next movie.

How did the scene there affect your skating?
When I went I felt like I caught the tail end of a very special time in Japanese skating. It still exists, but it’s getting overshadowed by the Japanese contest era, and that’s cool too because there are more parks and opportunities for kids to pursue it, but to me, at the time it felt like a very special kind of skater was in the spotlight—totally unique skaters like Gou Miyagi, Takahiro Morita, Chopper and the Osaka Daggers,Koichiro Uehara, and so many more big personalities really showed me how you can make skating your own and how important it is to come up with your own style.

Those guys all have very unique approaches to skating that they’ve perfected, very unique fashion, and very unique scenes surrounding them that are super culturally rich. That way of skating reminded me of the big personalities I gravitated to in 80’s skating that made it feel more like comic book superheroes than a bunch of similar-looking athletes doing stunts.

You have a lot of clips that go “viral” and get reposted by skate Instagram and nonskate Instagram accounts – is it weird to come across your own clips on different accounts?
I owe a lot to reposting pages like @Metroskateboarding and am lucky I was doing what I was doing in a time where that was possible, but when it’s not a skate page it can be kinda weird. It’s funny when people who have no idea what I’m doing or how it might fit into a broader subculture weigh in on it—it’s a kind of oddity for sure, but in my head it’s not meant purely as a circus act.

Is Instagram good or bad for skateboarding, as a whole?
Probably bad, but it’s helped me do a lot of things I probably wouldn’t have been able to without it. We’ll all know for sure in a decade.

As someone who appears to be having pure fun on a skateboard, do you think people take skateboarding too seriously?
It’s weird to see how hard people pursue it as a career—skateboarding is a pretty objectively bad way to make money when compared to virtually any other job. That said, I think we should all be as passionate as we can about our hobbies and interests.