MORE OF OUR FAVORITE PRO SKATER STORIES SUBMITTED BY YOU 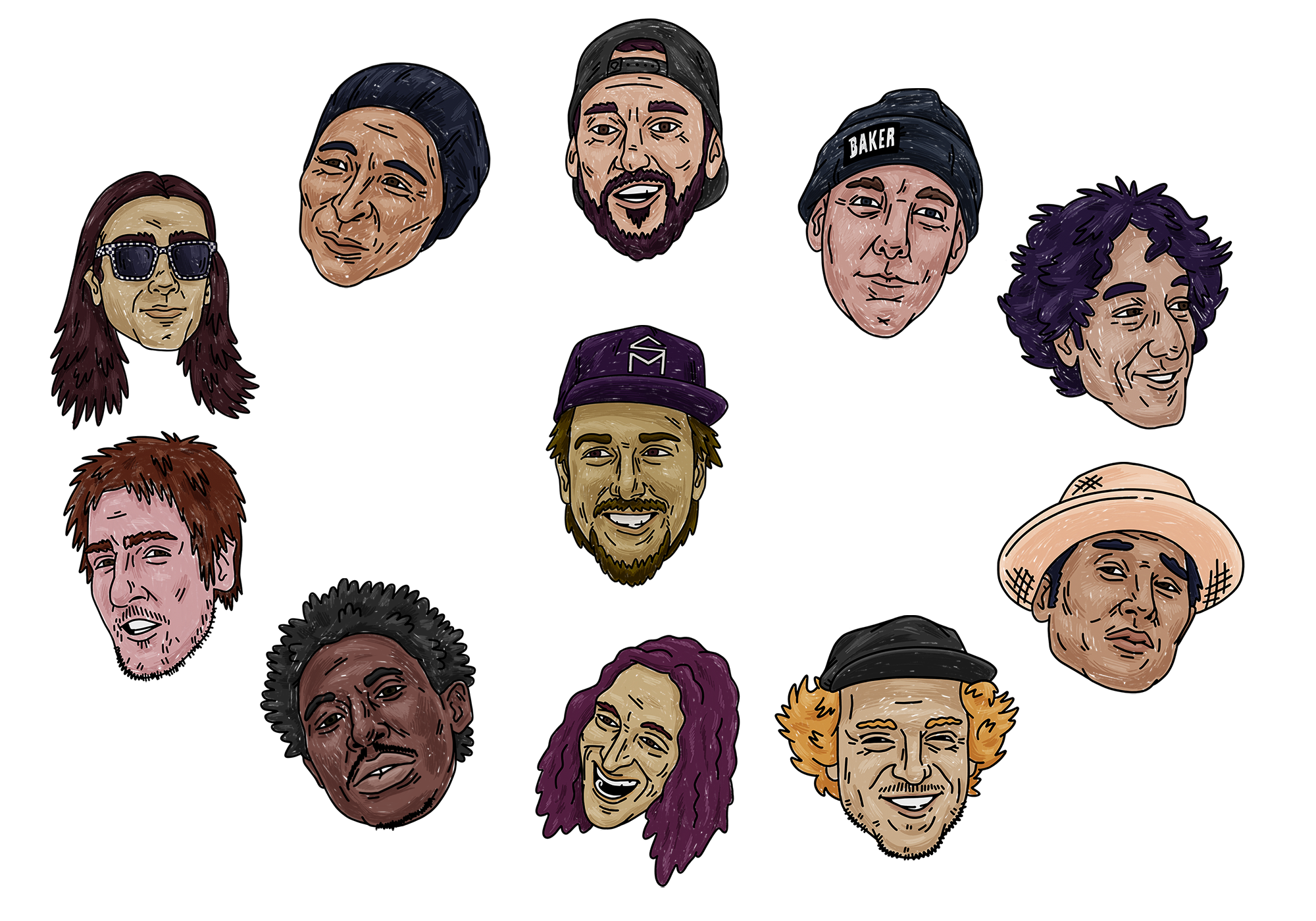 We’re back with another dose of pro skater stories that you shared with us over DMs. After being inspired by the Slap thread, we asked you guys to share your most vivid encounters from over the years, and we published a handful of them here.

Because we received hundreds of messages, and couldn’t publish all of the great ones in part one, we knew we had to shine some light on more of your stories. Let us know if you’d like a part three because there are plenty more where these came from. 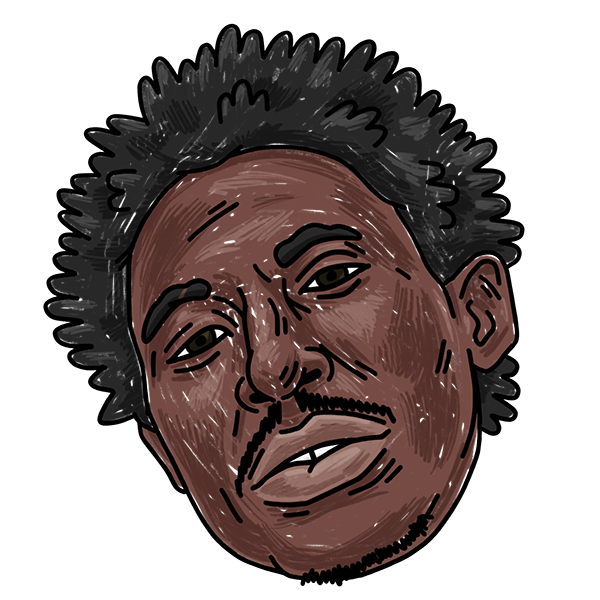 I was at a demo in the early 2010s and I was behind Ishod at the top of a ramp. He turns around and looks at me in the eyes and goes, “I just farted.” Then he goes down the ramp and does a textbook nollie flip down the set. – @alec_critser 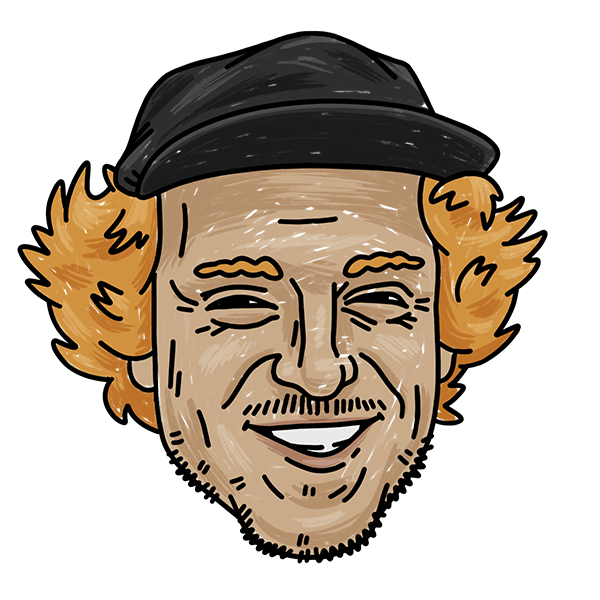 Smoked a spliff at MACBA with Wes Kremer. During the five-minute interaction, probably ten different people came up offering him weed. He was like a stoner messiah or some shit. – @waveydarren 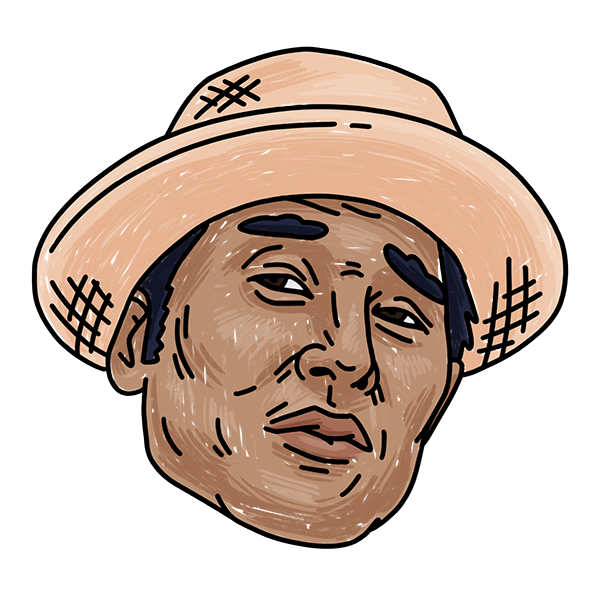 I was at an Island Burgers after Agenda in Long Beach. I’m taking a piss in the bathroom and Christian Hosoi comes up and starts using the bathroom next to me and goes, “I’m Christian.” Then he looks around and says, “Christian Hosoi.” To this day I still have not felt more awkward or unsure of how to respond in my whole life. – @connorcarpenter 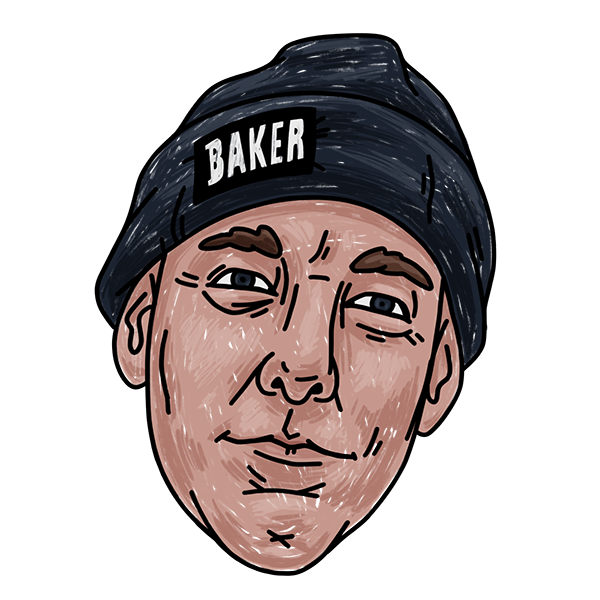 One time, at a Baker 3 demo, Active had its doors closed so nobody was allowed inside. I was let in with my mom because we were actually going to buy trucks. The entire store was empty and when I got to the counter, The Boss himself was setting up a fresh board. He was wearing a ripped shirt.

I told my mom “This is the guy responsible for the video we just watched.” My mom did the unthinkable and she started telling him how she didn’t appreciate all the drinking and smoking and that he was setting a poor example for the kids. He was so cool about it and said to her how she was right. He then signed the cover of Skateboarder where he was frontside flipping a 16 stair. I still have it to this day.

When I brought it up to him years later, he told me to tell my mom he’s been sober for seven years. – @zaneyorkfly 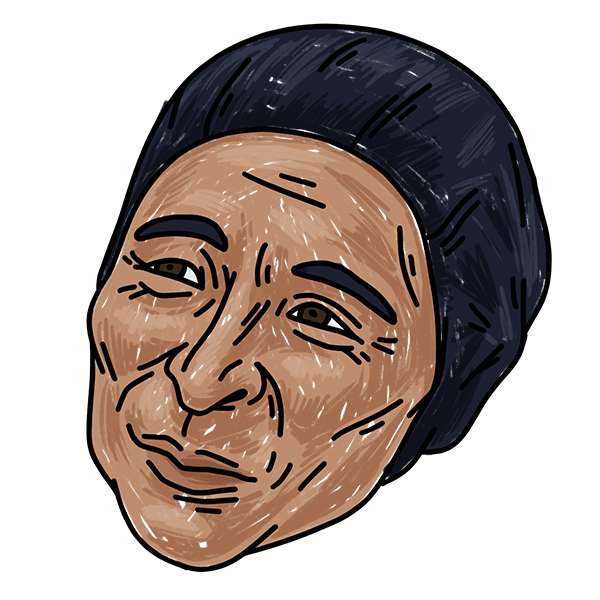 At my school, there was this kid named Adonis and we would talk to him and stuff and noticed that he wore a lot of Spitfire merch and shit. We asked him if he skates. He said “Kinda, yeah,” but that his dad skates more.

His dad is Daewon Song. Daewon got word of us asking and gave my friends some shirts and stuff. He signed a one-dollar bill of mine and my backpack. Daewon is awesome. – @frijol_on_wheels 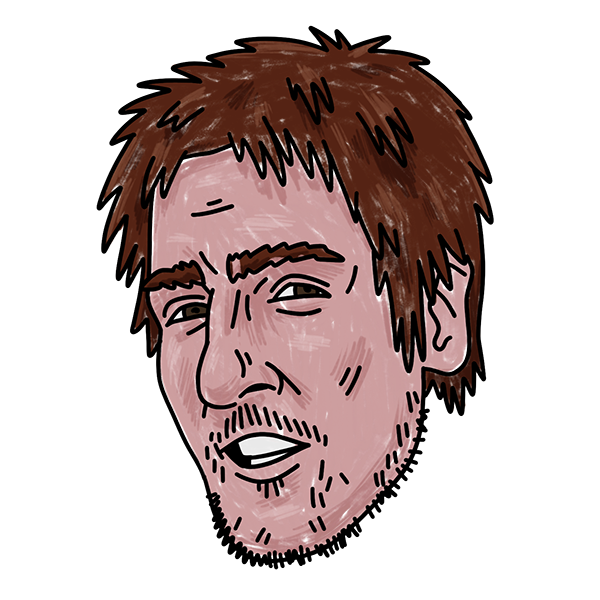 I was at a CONS demo in Ohio when I was 15. I was skating and standing on top of the quarter pipe. Jake Johnson, who was my favorite skater at the time, walks up to me and says, “What’s your favorite subject in school?” I said, “History I guess.” He starts going off about Japanese history for almost 30 minutes. I didn’t know what to say so I just said, “That’s awesome,” and skated away. – @hittingmyhead4u

I was working at Woodward one summer and Jake Johnson was there. I was watching over a skatepark when he came up to me and said “You look bored, have these,” and handed me a box full of donuts. – @alexandro_baptista 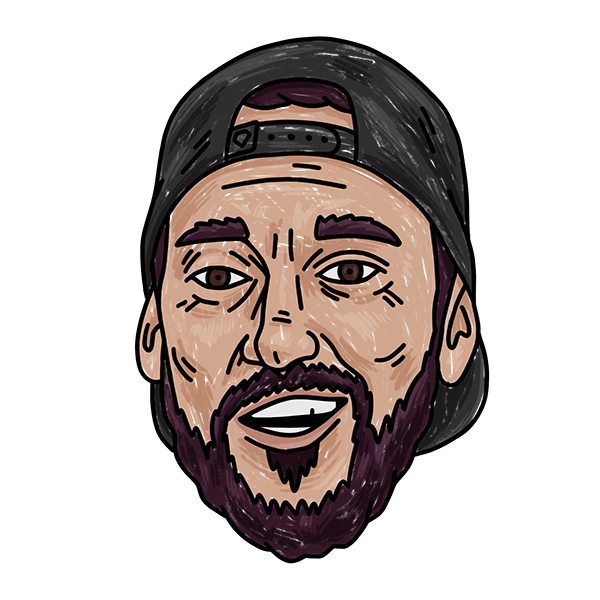 We were outside a bar in Barcelona when Street League was in town. My mate came over to say he was talking to two dank girls and he might want to take one of them home. When he pointed them out, we saw Brandon Biebel walking off into the night with a girl under each arm. – @mykyp_

I asked Cory Kennedy for a picture in MACBA. We got ready for the pic and Brandon Biebel comes from behind, gives him a pair of shades, and says “You’re too stoned for this.” – @vxistol 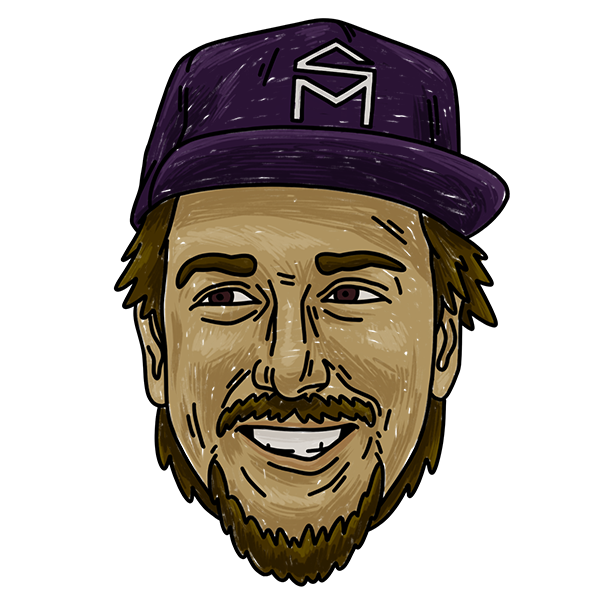 Peter Smolik stayed at my house one night. He was with another friend and they needed a place to crash and we had an extra room. He was mad cool from what I remember. What sticks out is he had a bottle of Texas Pete hot sauce and was putting it in his beers. Never saw that before and thought it was weird. He left the hot sauce at my house. – @michaelnickels 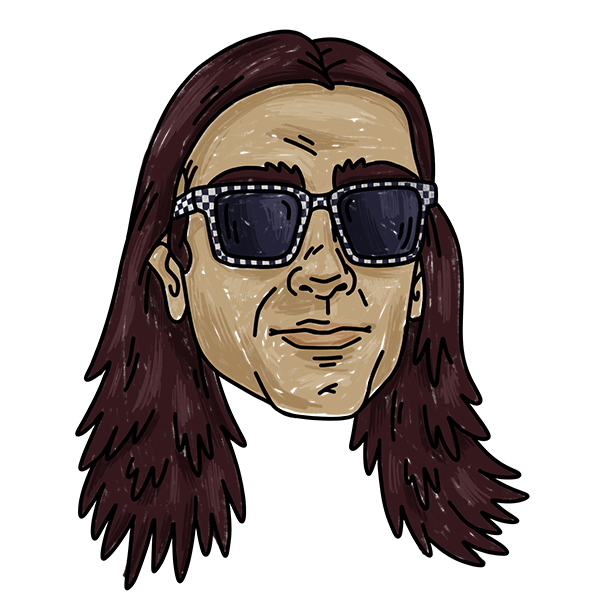 I was at one of the Beauty and the Beast demos and Tony Trujillo popped out of a bowl next to me. I’d noticed he was wearing a GG Allin tee. So I said “Sick shirt dude.” He looked me up and down and replied “I don’t wanna talk to you” and dropped back in. It was disappointing that he didn’t at least try to piss on me, but it’s chill I guess. – @zachdoe

I actually met him in a jail in the holding tank we ended up at together. He was hammered. Really hammered.

He pissed on the floor and, unknowingly, all over his infamous red leather jacket that was on the ground. Cops came in a few minutes later to release him, he grabs his jacket and whips it over his shoulder, and splashed the cop in the doorway. We looked at each other and smirked and he said “I’m not gonna remember that, but you probably will.” I was released about an hour later with a better story than anyone at that party. – @_rag_doll 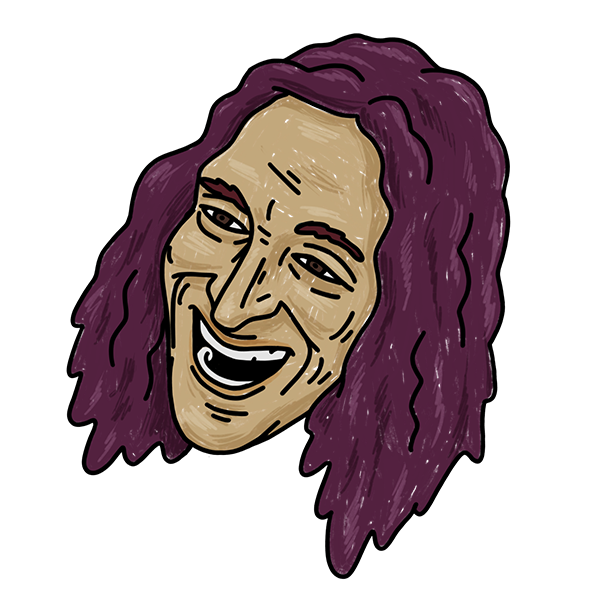 My brother got married at Mr. Smalls Theater in Pittsburgh. Evan Smith’s sister was the wedding planner, so I told her how I was a huge fan of his skating. Later on, we are all partying at the reception and Evan walks out onto the dance floor, gives me a hug, and just starts dancing with us. Then he proceeded to shotgun beers and party with us for a while. He even took a dance with the bride. Such an awesome dude. – @tippecanoe_and_tyler_too 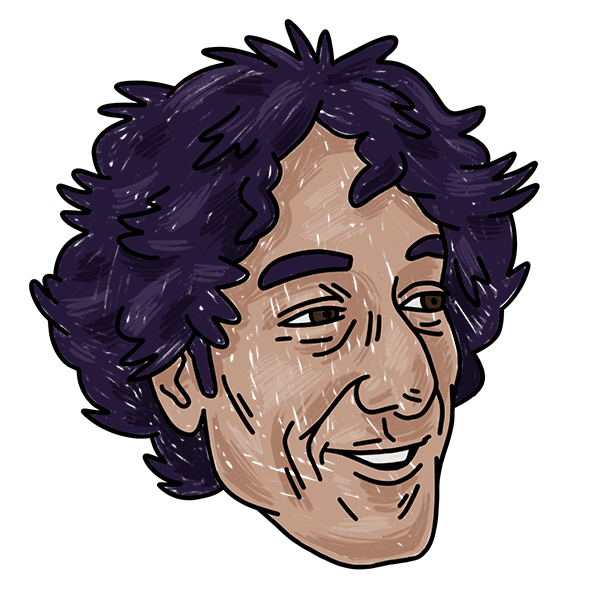 Met Ali Boulala at a Flip demo in Markham, Ontario in 2001. I asked him about his injury I saw in 411vm issue 30. He tried to jump from the second floor of a balcony, caught, and ate shit. I asked him if he still had the bar in his arm. He just smiled, grabbed my hand, and pressed it against his wrist where I could feel the bar. I smoked a joint with him, and like a weird little stoner, I saved the roach in a bag attached to a signed Boulala poster for about 12 years. – @danbokma