Skating alone isn’t easy, and it really isn’t that fun either. There’s nobody to hype you up to try something new, nobody there to dap you up after you finally roll away, and, of course, there’s nobody around to film you.

But our friend and Element am Victor Cascarigny stepped it up a notch and put together an impressive part that proves solo self-filming doesn’t have to look like dogshit.

Victor was able to put together this video in his home city of Toulouse, down in the South of France, in two weeks during the shut down.

As of today, France’s lockdown has been partially lifted in hopes of steadily returning back to “normal,” but that doesn’t mean you can’t take inspiration from Victor’s solo dolo initiative, especially since so many of us in the States are still under social distancing orders.

What are your top three things to do alone?
Before the quarantine, it was difficult to answer that, but now we definitely know what we like to do alone [laughs].  I read and cook a lot, it’s rewarding.

I also downloaded a Gameboy Advance Emulator on my computer so I can play Pokemon – I finished it in 5 days – and Zelda.  I never filmed any of those things, should I do a cooking tutorial?

How serious has shut down been in Toulouse?
This area isn’t touched a lot by the virus but we have the same quarantine rules in all France. Things that might change on May 11th. [Emmanuel] Macron (President of France) said we are in a war, so it’s a serious shutdown we have with serious rules.

You said that all of the quarantine rules were followed to make this edit, what are those rules in France?
Yes, to make this video there was the “kilometers rule” and a “one hour rule.”  Now you can’t go more than one kilometer (0.6 miles) from where you are shut down. If you go further, you get a 135€ ticket. 5€ to skate an indoor mini ramp was already too much money for me so I did not want to pay 135€ for a session. My place is in the town center, thankfully, I have a lot of spots nearby. At the beginning of the Quarantine, you could go as far as 2km (1.2 miles) from your house. I discovered some super fun spots just next to my house!

The “one hour rule” was difficult to respect. This rule said that you can go out only for one hour per day for some individual sports and in order to prove it, you need to have a paper with your full name, the address, and the time you leave the house. It’s so annoying to write this every time you go out, you feel watched and not free. 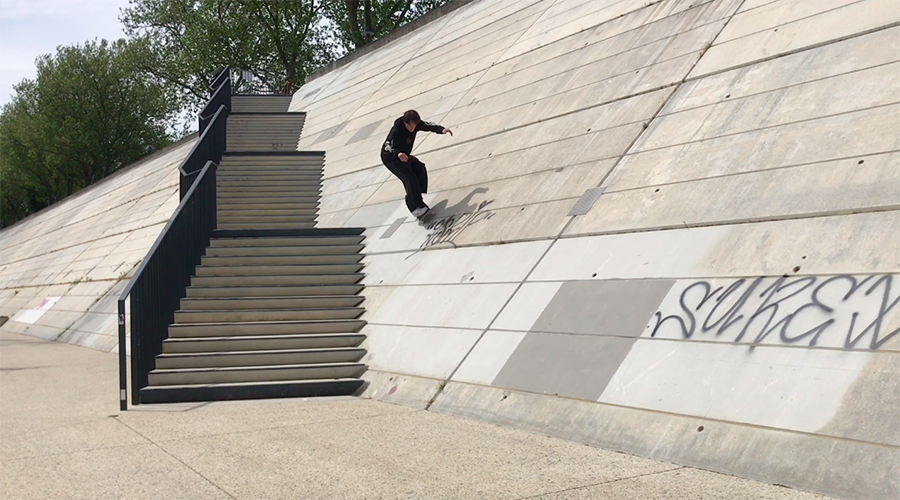 Before this happened, what was it like filming with French Fred for the Element video Knucks?
Actually, Fred just edited my part from Knucks, he didn’t film me, so I can’t answer. But the first email I’ve got from Fred was him saying he likes my skateboarding and he will edit my part. Butterflies in my stomach. It was like landing your first kickflip.  Thank you, Fred, for all the good work you did!

Who do you think is a better filmer, your water bottle or French Fred?
[Laughs] I cannot say! But I definitely recommend both of them. 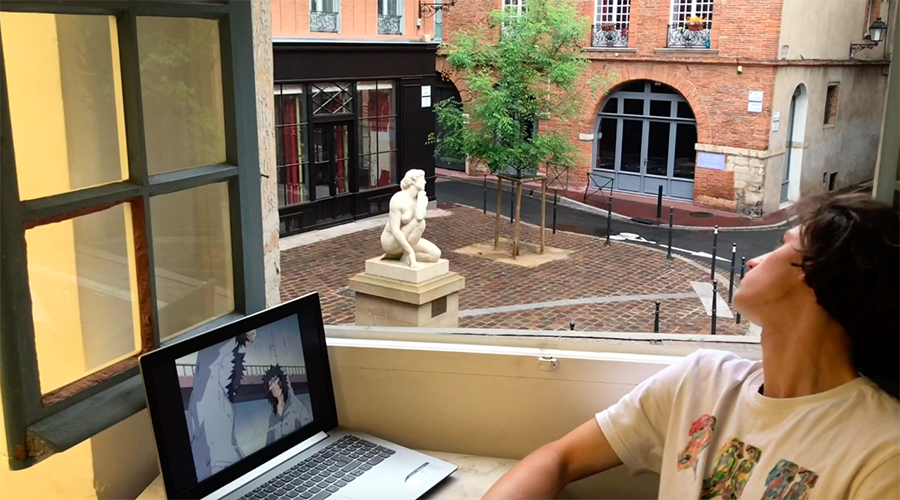 What anime were you watching at the beginning of the video?
Naruto, of course. One of the best. But you definitely need a shut down to watch all the 522 episodes [laughs]. Maybe the virus is a conspiracy created by all the long series we never had time to finish.

What’s your favorite anime? What would you recommend to someone who has never watched Anime?
So many are masterpieces; Death Note, One Piece, Naruto, Attack on Titan.  I would say to start with a classic Hayao Miyazaki movie like Mononoke Princess. 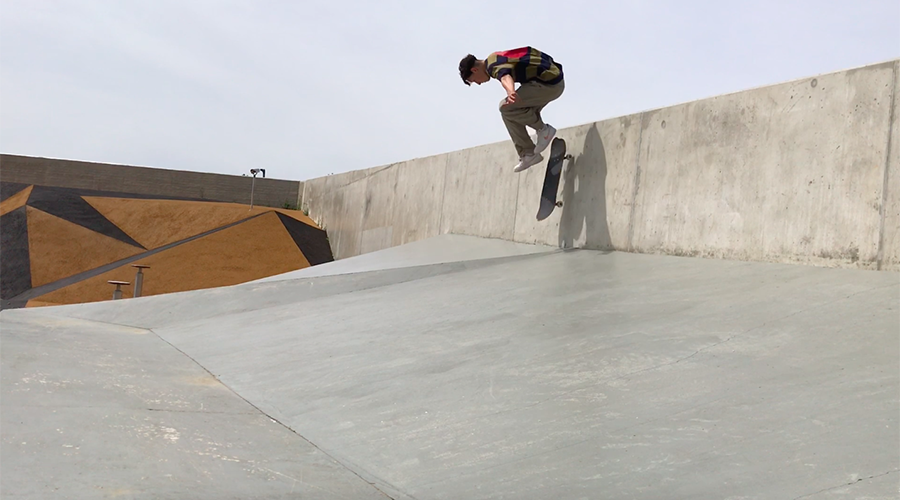 After making this edit, what are your thoughts on skating alone?
Skating alone is frustrating. First, because there aren’t the homies of course, and second because I imagined doing a lot of tricks but sometimes I couldn’t get myself to do them cause I was afraid to fall. It would have been difficult to come back with my bike and a broken leg [laughs].

Nevertheless, skating alone makes you think differently on how skating a spot. I was scared to try some tricks, so I had to find another way which might be less dangerous, but sometimes harder. Besides, you’re alone, nobody is watching you, you just skate for yourself and the nature around, sometimes it feels good.

But definitely, after the “alone sessions,” I called my friends crying because I wanted to skate with them.  Once, on a desperate day, we did a video call with my friend Martin and we skated almost together on iPhone even if we were separated by many kilometers. He was showing me some perfect flips and I was hyped in front of my phone. I am thankful that the video call exists during this period.

Do you have any tips for self-filming?
I do! First, take a big breath, inhale a lot of motivation, and exhale all of your shame. Then be creative and open your eyes, the environment around you is a good tripod: one clip was filmed on top of a fence. Take a lot of different angles. Last but not least, bring an external battery.