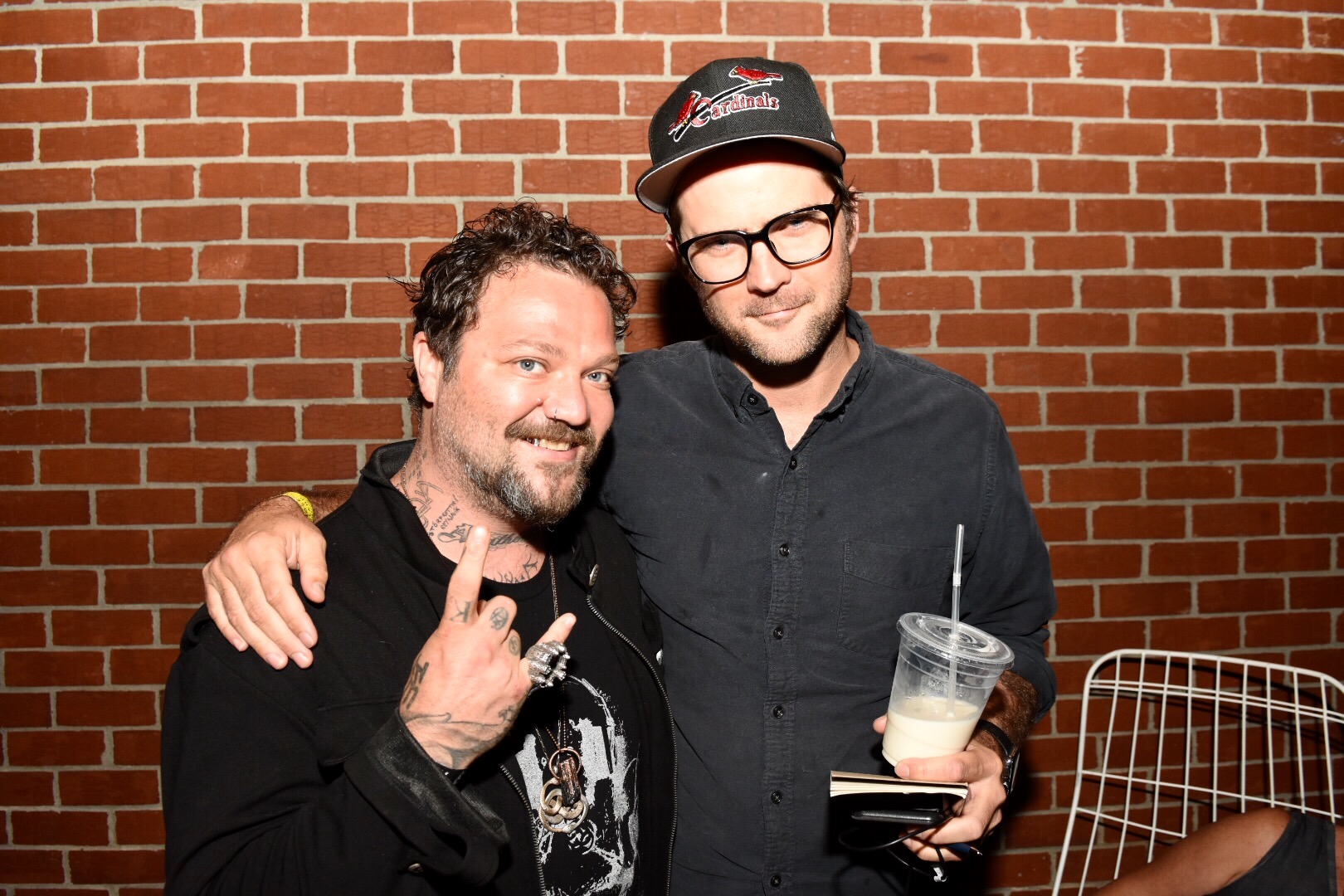 Like the majority of skaters from my generation, I didn’t just watch Bam’s parts, but I studied the HIM albums, bought corny Element gear and recorded goofy skits to MiniDV. Bam and his videos made our generation believe that you and your friends in the suburbs were part of the crew and we too could actually skate or do something we loved and get paid for it.

At the premiere screening of his new Epicly Laterd episode, grown men became teenagers again as they fanned out as we revisited some of our most impressionable years through Bam’s story.

After years of partying, drug abuse and even bulimia, Bam’s back skating again and trying his best to stay away from booze and other traps. The doc is a feel good blast from the past and even if you are the nerdiest fan, there’s a bunch of unseen archival footage and about 2 minutes of new skate footage to get you back on scribbling heartagrams in your notebook. 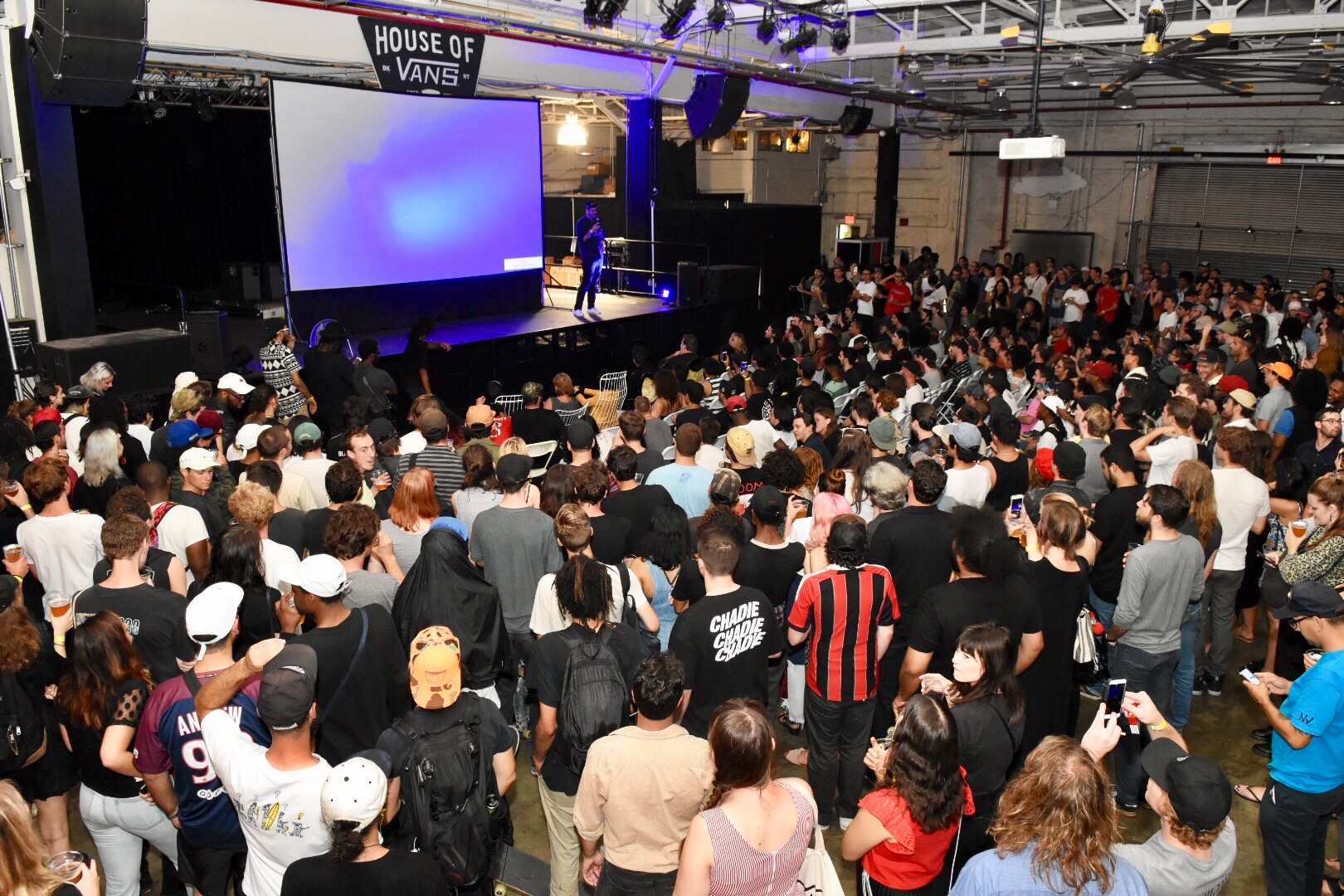 The premiere brought an eclectic mix of hardcore skate rats, VICE suckups and a legion of Bam fans. I stood behind a guy and girlfriend that were either arguing or flirting the whole time, I couldn’t tell. As far as House of Vans events go, this one was surprisingly buzzy and upbeat, everyone seemed to be in a friendly and happy mood. Good change of pace from the rap shows thrown there where everyone is pushing to get past you as they spill half their beer on your shoes. (P.S. what’s with the army of white hats on the left side of this photo?) 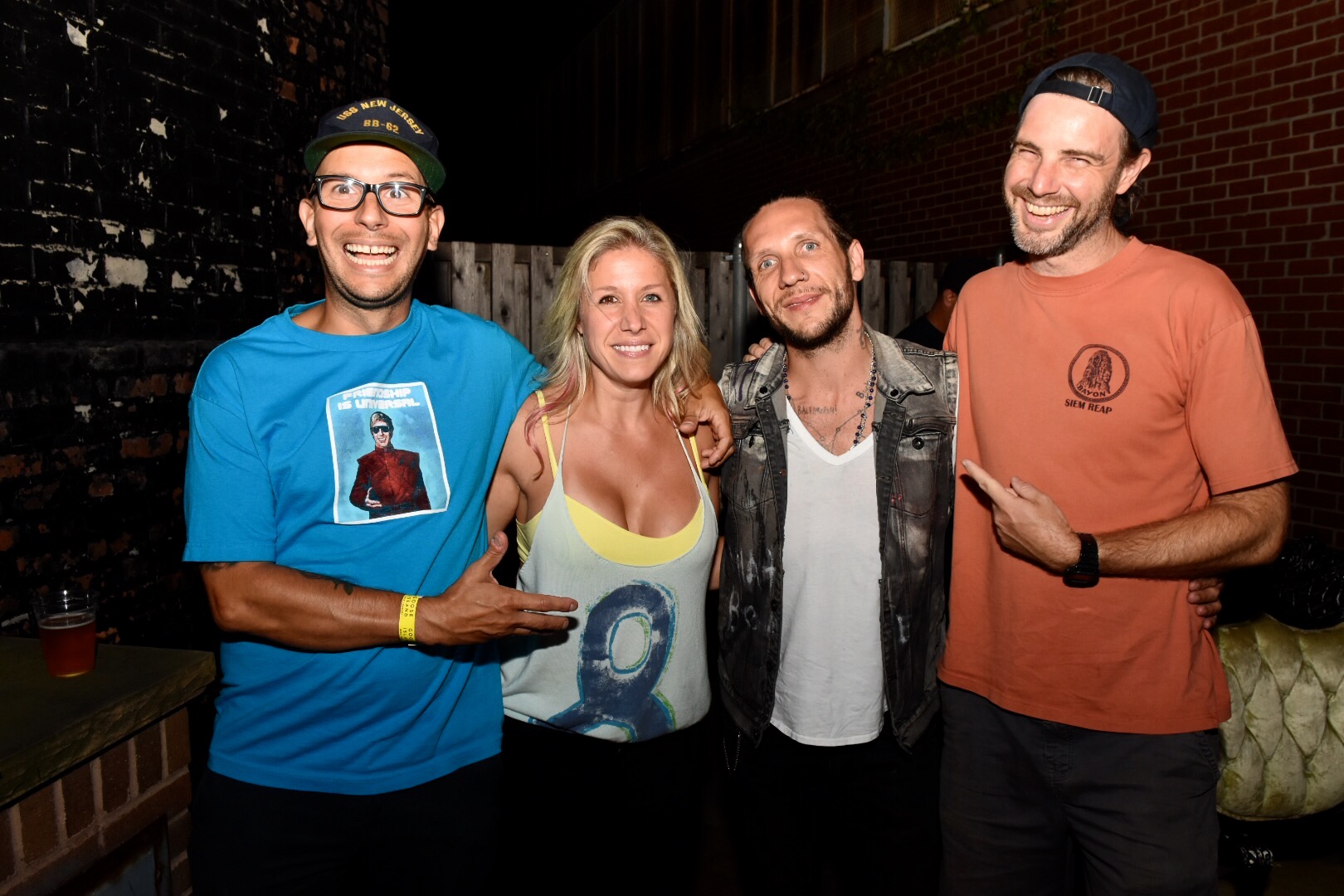 Here we have writer Chris Nieratko proudly showing off his wife’s tits next to Brandon Novak and photographer Jonathan Mehring. Brandon Novak is an ex-heroin addict and one of Bam’s closest childhood friends (and skate rivals). Years ago when the site started, we interviewed him via snail mail while he was locked up in jail, which you can read here in case you missed it. Great skater, officially 2+ years sober (!) and one of the few humans that has actually tried huffing Jenkem. Hell yea Novak! 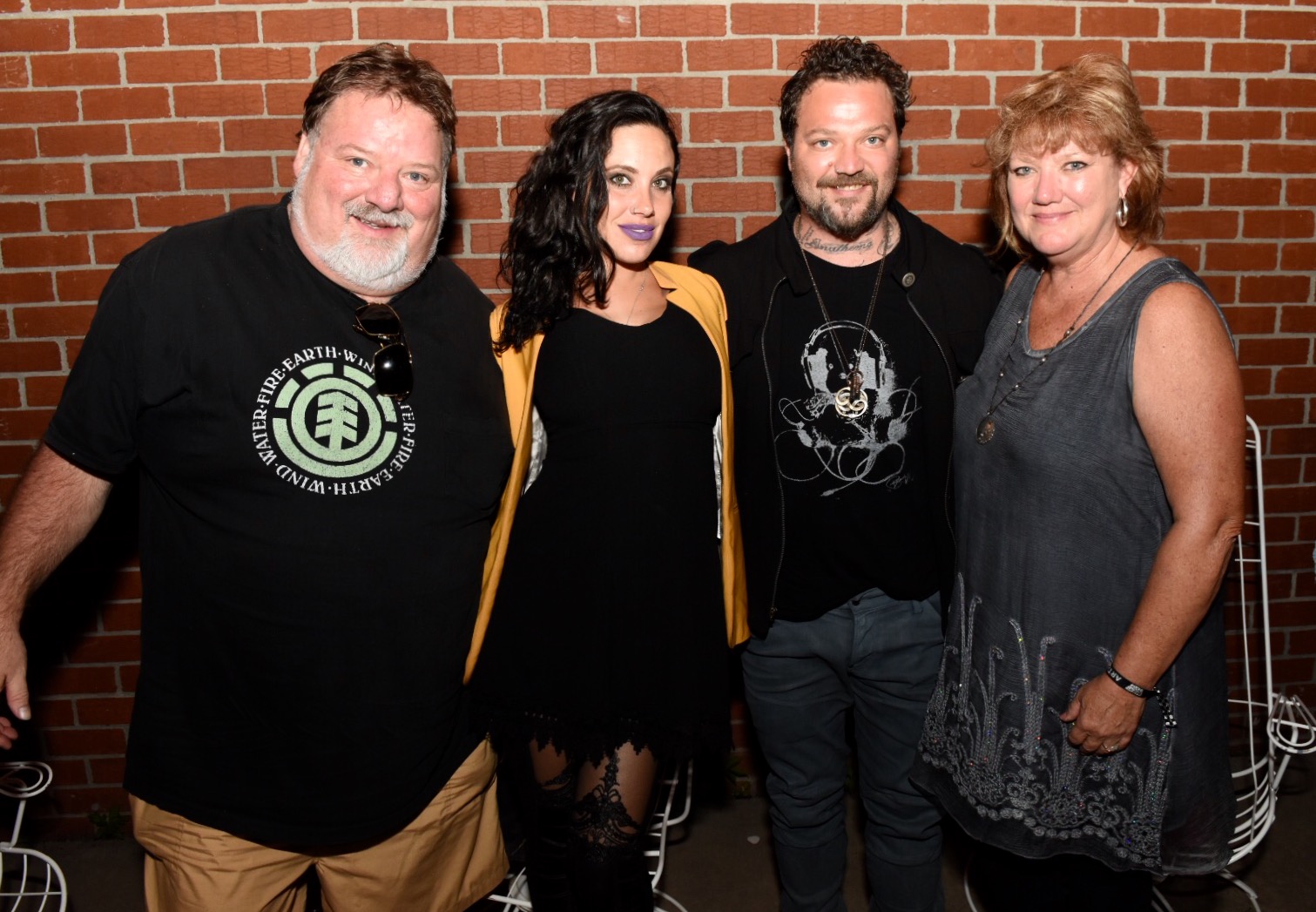 Bam, his wife Nikki, and America’s favorite Mom and Dad. It was crazy to see in the documentary how supportive Bam’s parents were all the way from his pre-teen years till today. The episode highlights all that Ape and Phil were willing to do for him, whether it was as simple as letting him skip his chores to go skate or be OK with taking hot piss to the face for some Quality TV Content™. There’s a reason that when they walked in, they got as big of an applause as Bam himself. 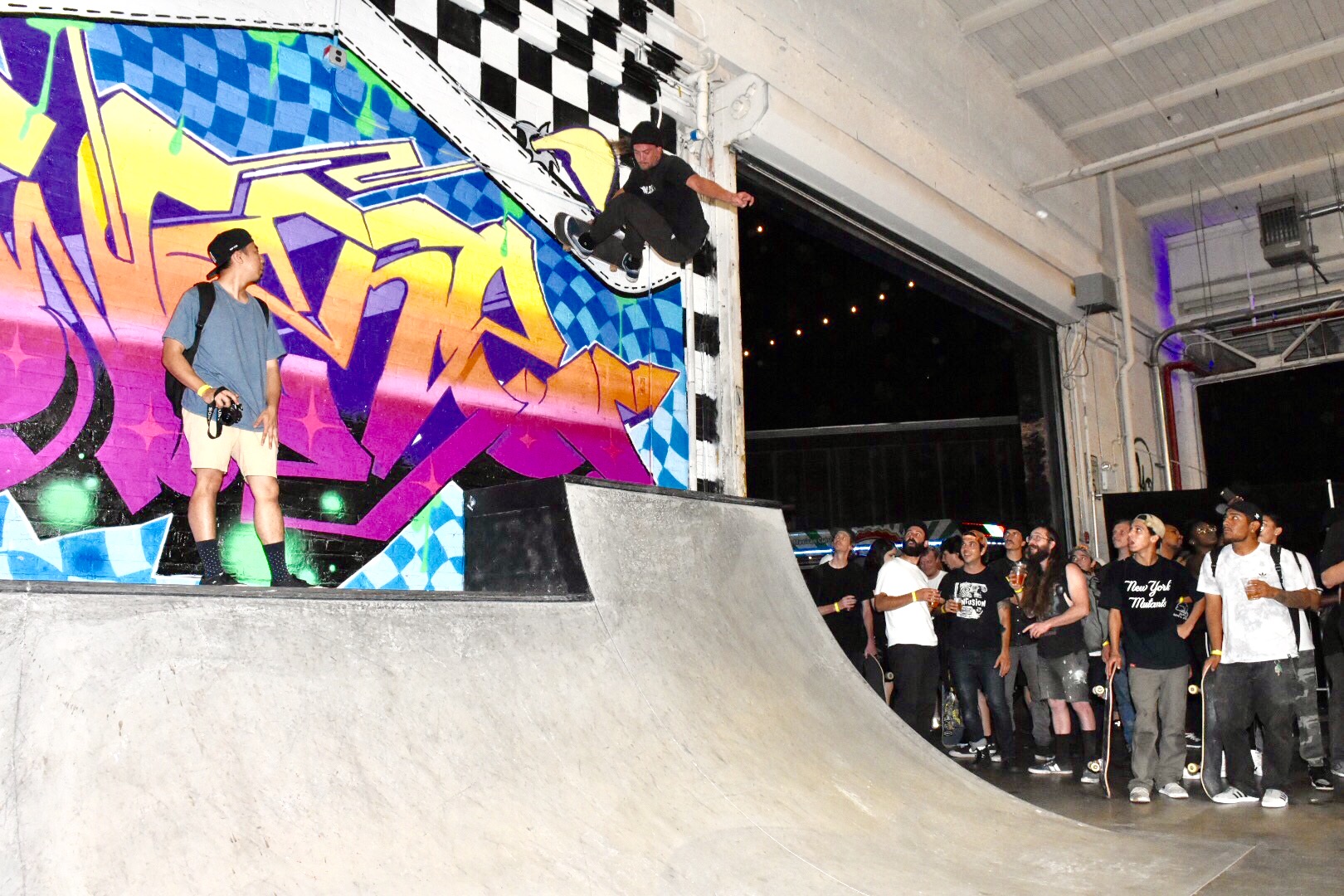 As at most HOV events, there was an open skate sesh prior to the main event. The scariest part of skating these quarter pipes had to be coming back into the ramp knowing that some clueless dude is going to be standing inches away talking about his workday and not paying attention till he gets fully slammed to the ground. It’s absolute mayhem, but that didn’t stop this local dude from paying proper homage to Bam. Perfect fit for the The Wall Man himself. 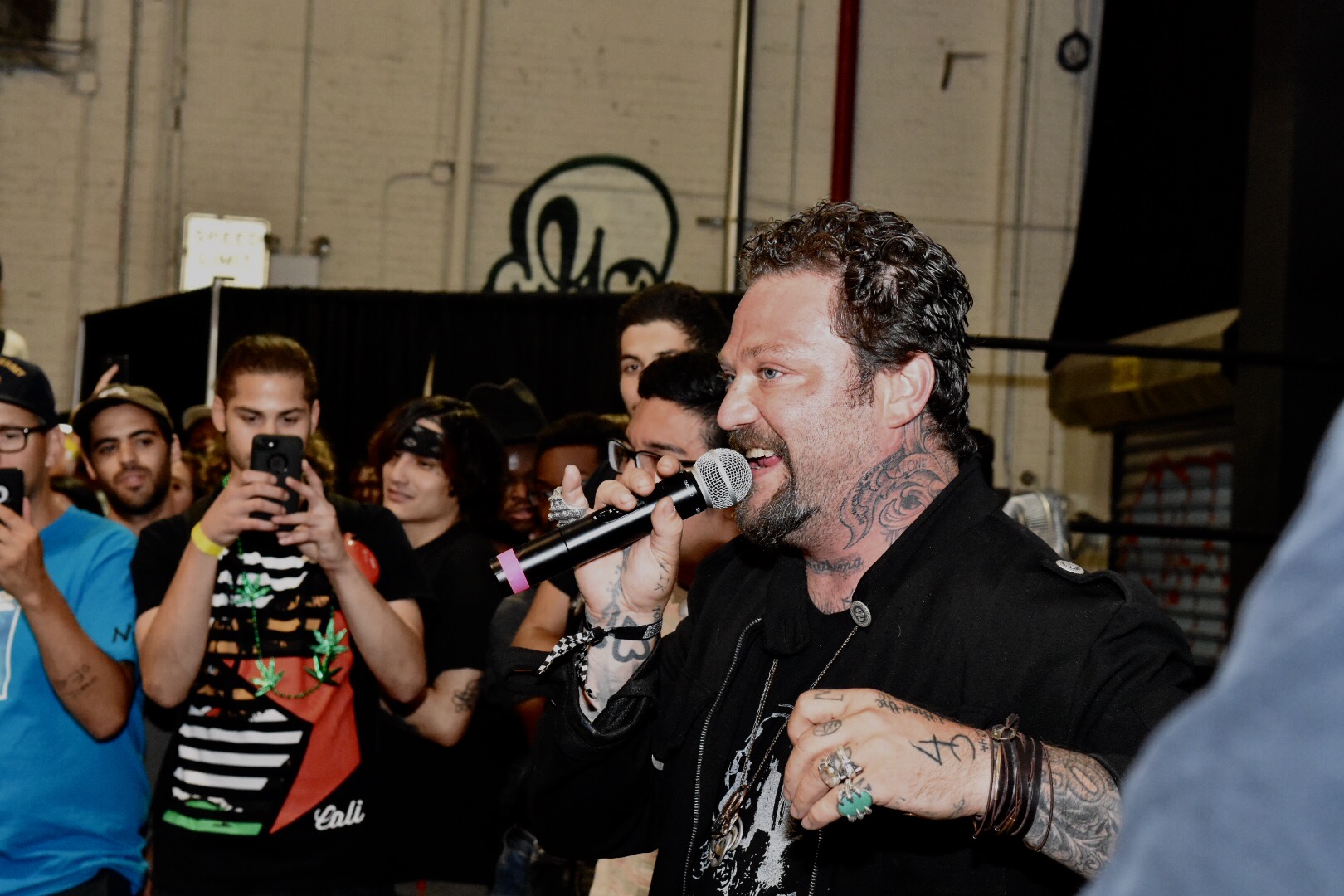 Once the episode wrapped, O’Dell and Bam took some time to field some questions from the audience. Surprisingly, every question that came from an audience member was pretty awful. It got so bad that O’Dell had to ask if anybody had any skate related questions on two separate occasions. Between being asked about his sports cars and a potential presidential run, Bam kept it cool and answered as honestly as he could.. A true professional!

Whipped out the ol’ iPhone to catch the Q&A last minute for your viewing pleasure. Not the most game changing piece of video content but gives you a nice little glimpse to what it was like standing there among the crowd. 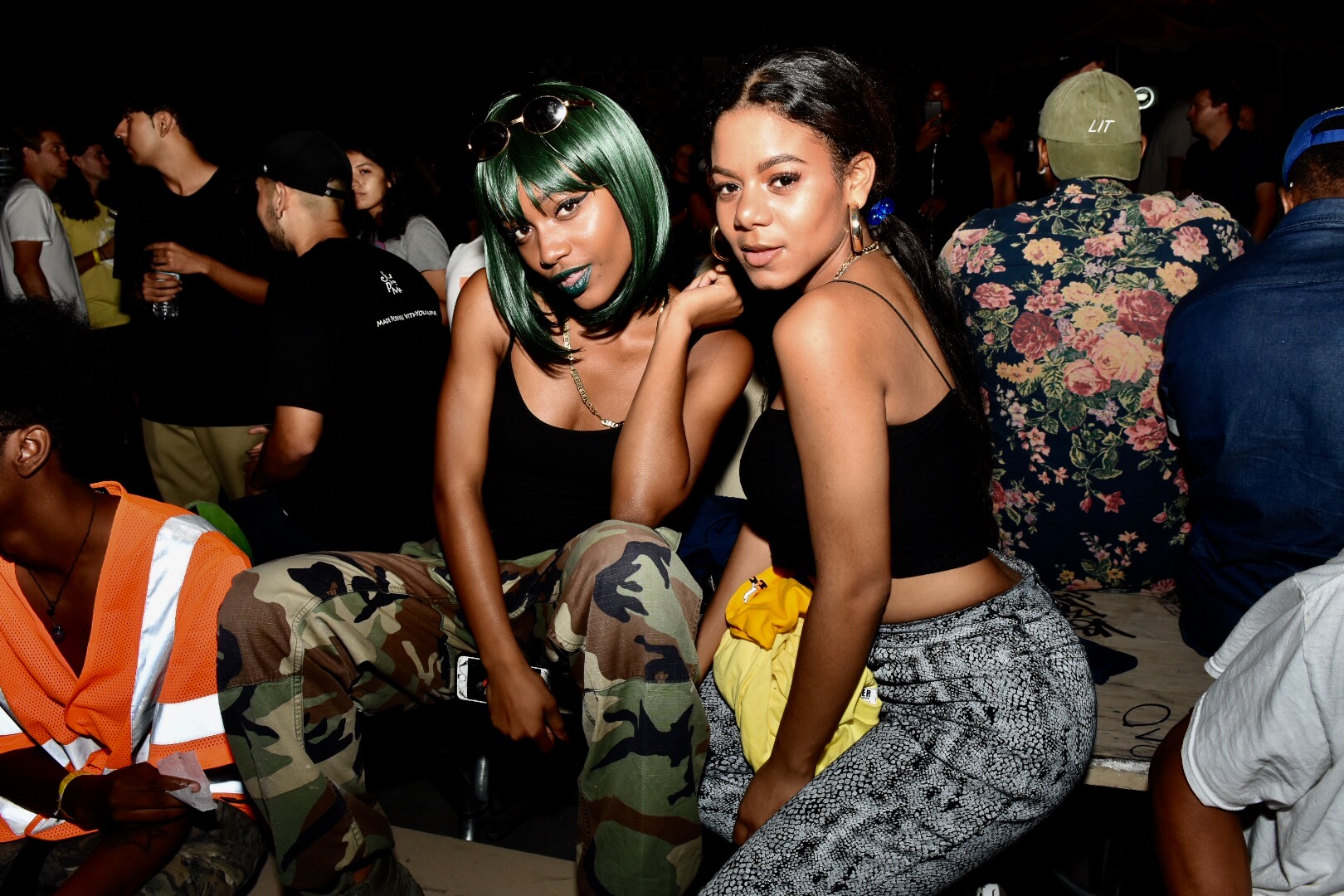 This quick snapshot of the crowd should give you an idea of who was in attendance. Guy in reflective work vest for no reason, check. Chicks dressed like knockoff versions of Princess Nokia, check. Guy in Zumiez “LIT” dad hat with mall floral shirt combo, check! 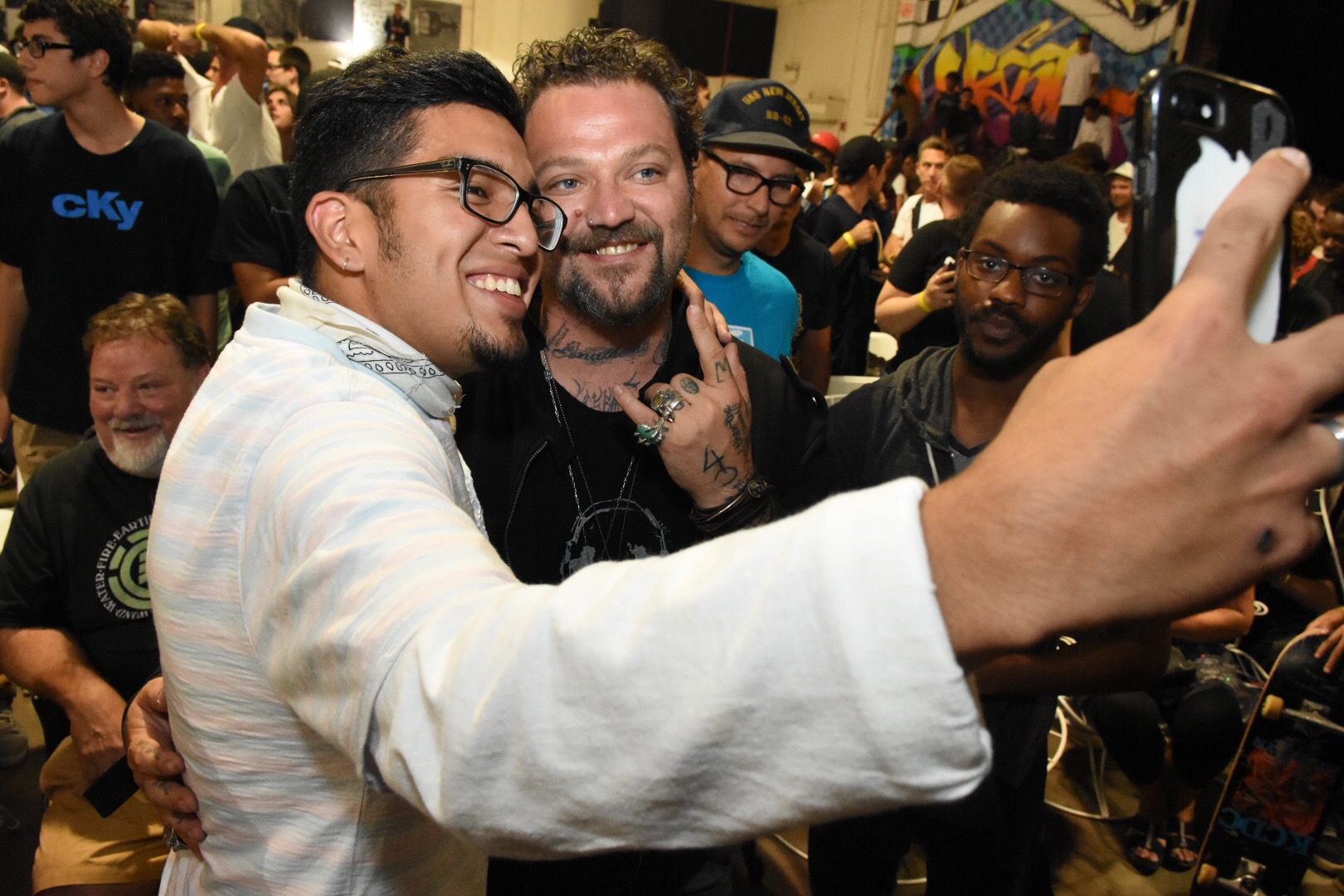 After all these years of superstardom, maniacal fans, drug abuse, skating and questionable gameshows, Bam is still a class act and all about making the fans happy. Dumb questions and fan boy moments aside, he seemed genuinely happy to engage with all the people in attendance hoping to shake his hand or snap a pic. Anyone that wants to be the next big star, take notes, that’s how you fuckin’ do it! Bam Margera, #whatwillhedonext?!