SIGNS YOU WERE AN EARLY 2000s SKATER 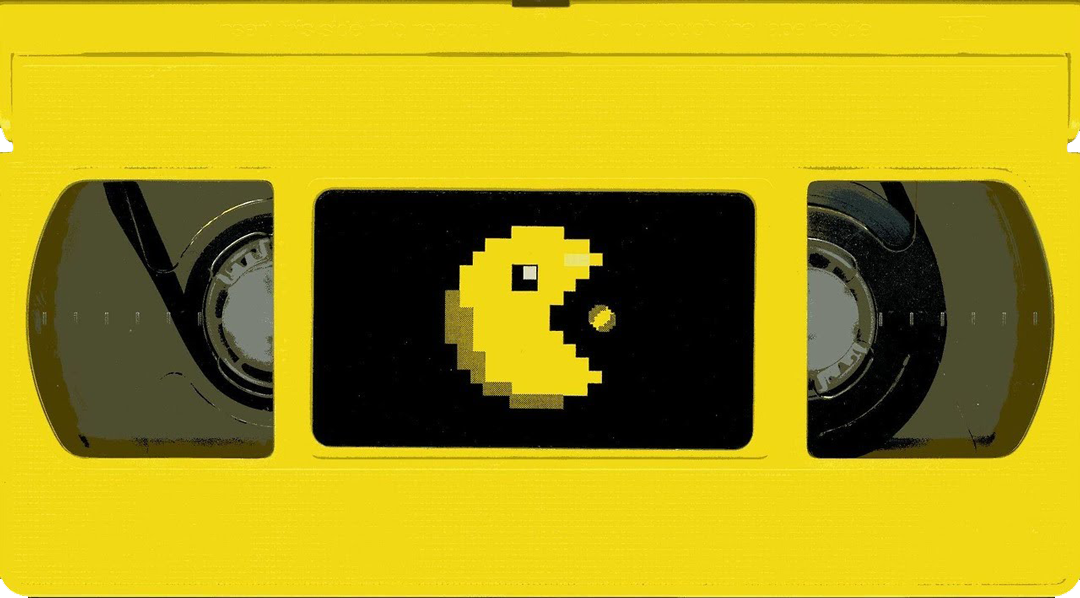 So you survived Y2K without even having to go into your emergency stockpile of canned goods and toilet paper – so, now what? Well, if you were living in America and anywhere between the ages of 10-15, you were probably drawing heartagrams on your griptape and tic-tacking your way around that church-sponsored pre-fab park that just popped up in your town. Skateboarding was the cool thing to do in the early 2000s. Tony Hawk had just recently pulled the 900, his video games were rolling out to critical acclaim and everyone was trying to wear skateboard clothing, whether they skated or not.

If you didn’t know then, you should know now that the older generations probably hated you – you were riding skateboarding’s wave of popularity into the mainstream after they’d stuck out 35mm wheels, huge yellow tshirts, and the sloppiest floppity-flips to curb dances imaginable, and you thought you were so cool with your Flexfit hat and Koston 3’s. But you became a skateboarder regardless, and here we are a decade later looking back at the things that were. Every generation has its embarrassing trends and milestones, and these are some of the worst (and best) ones from about 2000-2004 for all you millenials out there to reminisce over…

Between downloading [sv]Zero_Misled_Youth_2002.Mpeg, BrianaBanks[AKAFilthyWhore], and all the old viral pre-youtube videos, your computer was probably slow as shit, hell, if you’re family was too broke to upgrade to broadband then that p2p download of the blowjob vid got interrupted every time a telemarketer called. But Kazaa was awesome regardless. It felt like you had the whole seedy world at your fingertips – every skate video, every tit, everything. Even if you had to watch Chad Fernandez’s part from the Globe video a million times because it was first and the download was taking all fucking summer it was worth it. This was what the internet was invented for! That is, until you started getting popups every 7 seconds on Internet Explorer and your mouse started getting funky and smelling like semen. 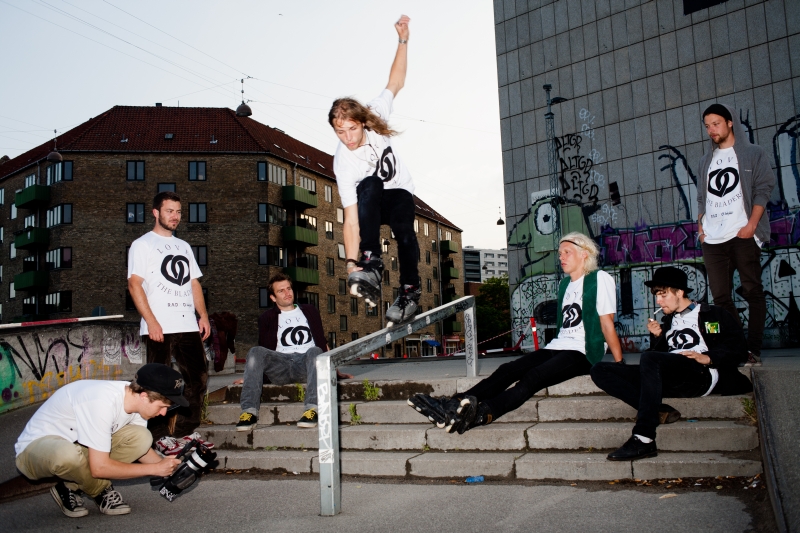 THERE WERE STILL ROLLERBLADERS TO BEEF WITH

Ah, rollerbladers. “Fruitbooters,” “gay bladers,” or just plain ol’ “gay ass rollerbladers.” However cleverly or homophobiclly you worded it, the hate was the same. You know, I kind of miss them. Back then these guys were still out there stinking up the place with their terrible grind names, visors, swishy pants and cess slides. No matter how good you were on rollerblades, how many stairs you did or how big the gap was you jumped – you would never earn the respect of skateboarders. It’s a rare sight to catch a posse of these in public, but they’re still out there somewhere. Once a fruitbooter, always a fruitbooter.

No matter the criticisms, the Hawk will always have a place in our heart for his video games. The Tony Hawk Pro Skateboarding series was a lifesaver in these long-ago times. Maybe it was raining outside, maybe your mom wouldn’t drive you to the skatepark, maybe your board was all the way across the room and you were just tired, man, but your controller was always there for you, waiting patiently for you to work its buttons until your special meter was flashing yellow so you could <--, -->, ∆ your way to a darkslide down the Leap of Faith rail. It was a great tool to maintain those middle school relationships too – as she blabbed on about why Becky was such a bitch in the hallway the other day, you could just say a couple of “yeahs” and “no ways” while you busted ghetto-birds in the Hangar. You may be single now, but your thumbs are strong and you know all the words to “When Worlds Collide.” 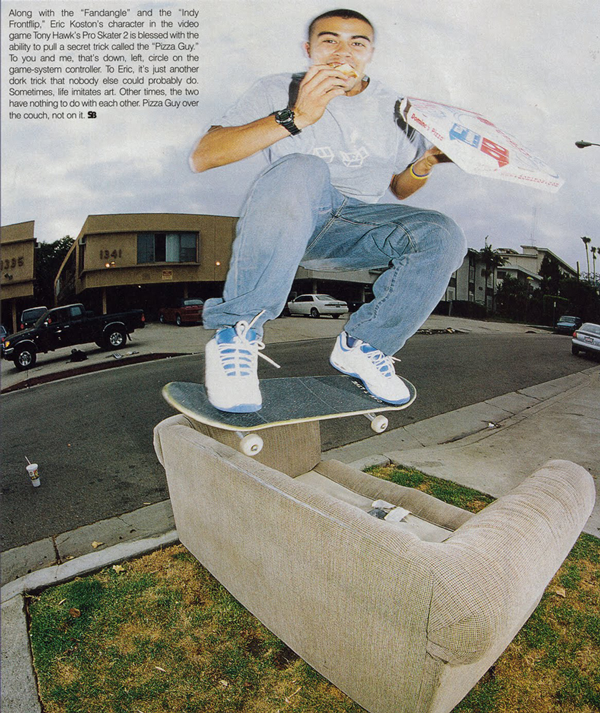 Right before he had the technology to expose his immaturity on social media, Eric Koston was infallible. Just look at his video output from the early 2000s: Menikmati, Chomp on This, and Yeah Right! – that’s pretty much the holy trinity of big-budget skate cinema at this time. Plus he was everyone’s second or third favorite character on the THPS games (Kareem was obviously #1), had one of the most iconic shoes of the era, won Tampa Pro in 2002 and even threatened to truck smash a homeless dude for allegedly stealing his wallet. I guess looking back on it now, the signs of what he’d become were all there.

“He was a boy, She was a girl, Can I make it anymore obvious?”

Don’t act like you don’t know the rest. Even if you told all your friends you thought Britney Spears was way hotter than Avril, we both know the truth, you would’ve done just about anything to sniff her stanky D3s. These were awkward years for you and for skateboarding, and you probably spent the whole school year of 2002 complaining about how “lame” Avril Lavigne was while secretly loving that the girls at your school were finally calling you something other than loser.

And how could you forget the year before, coming home from a bad day at school, Mrs. Johnson all over you for failing that math quiz, turning on The Box and really just vibing to OPM’s “Heaven Is A Halfpipe.” I mean, had truer words ever been spoken than: “If I die before I wake, at least in heaven I can skate”? Your 12-year-old “punk” self would say no.

Time has a way of turning even our heroes into oversized shadows of their former selves. I guess this bit about your favorite pros not being fat could apply to almost any generation, and the early aughts are certainly no exception. Let’s throw out two names here, Bam Margera and Brian Wenning. Both of these dudes were pretty remarkable talents – Bam a talent for jackassery and skating FDR, Wenning for pop-outs and dusty jeans – and both of them are heavyweight honchos today. 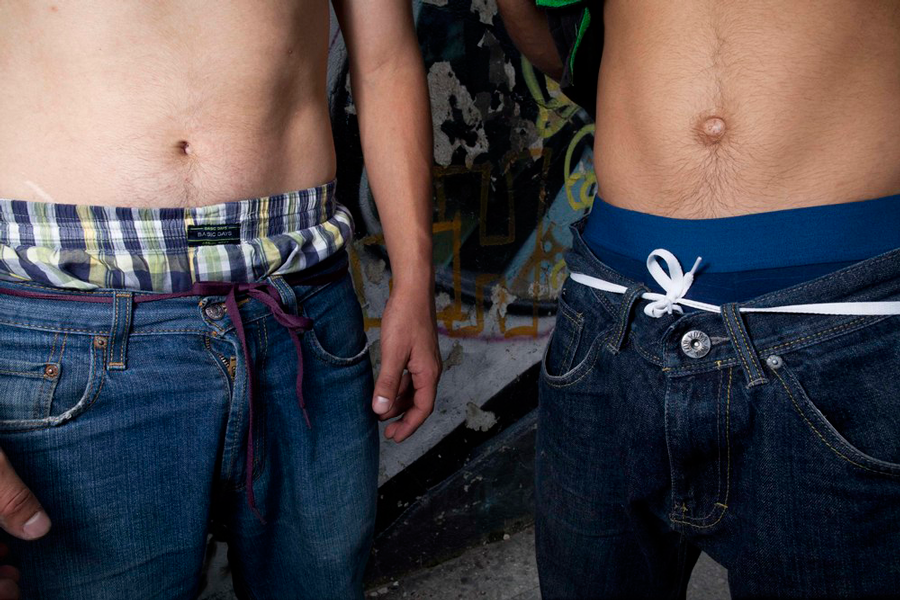 I can’t speak to the trend’s history, but in the early 2000s if you weren’t wearing studded leather around your waist you were definitely wearing a shoelace to hold up your skinny jeans. It made sense – if you broke a lace you’d have one on hand, and it hurt way less to fall on that then on those metal studs. Problem was, after a long day of skating, your jeans would start to get soggy and saggy and your shoelace belt would become a conspicuous indicator that you were in fact wearing a thong. The most popular defenses against this faux pas were to either wear a super baggy shirt so your waistline never showed, or you made sure to pull your boxers up high so there would be no doubt as to the manliness of your choice of undergarment.

YOU FANTASIZED ABOUT LEEANN TWEEDEN FROM BLUETORCH TV

School got out at 3 PM, giving you just enough time to run back to your couch for some TV. You had a satellite’s worth of television to pick from, but really there was only one choice (two if you were still into Dragon Ball Z), and that was Bluetorch TV. What more could you ask for? Sure you had to sit through some snowboarding, surfing, and BMX parts, but the beautiful Leeann Tweeden was introducing them, so you couldn’t really complain. She was the perfect girl, a luscious Latina who knew skateboarding and introduced you to parts from Foundation’s Art Bars video. It’s hard to tell if that hard-on you got was spurred by Leeann’s bikini, Ethan Fowler’s 360 flips, or was just one of those spontaneous ones you used to get, but either way, you knew just how to handle it. 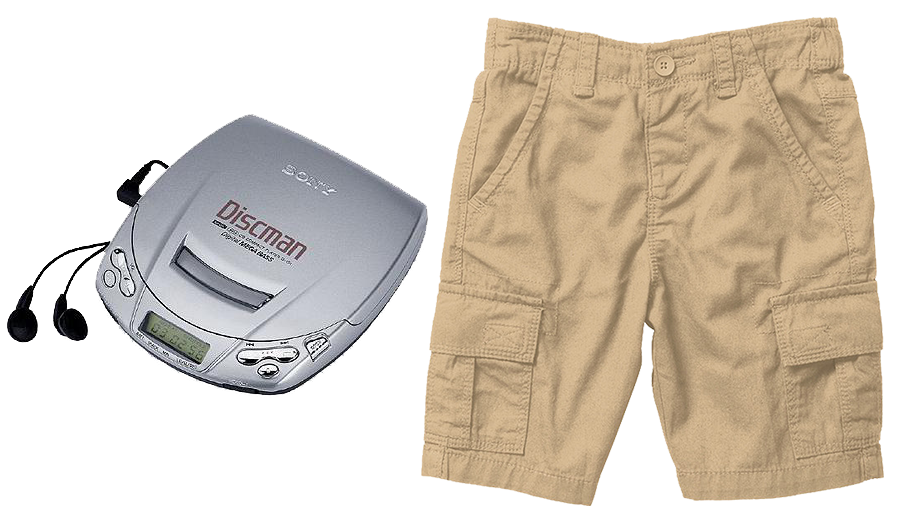 Give me skip-protection or give me death. Seriously, that shit was the worst. You’d be cruising on your neighborhood sidewalk feeling all fresh with your C1rca’s strapped tight when, just before the chorus to Eminem’s “Superman” started, your Discman in your cargo pocket would jump and the song would just stop for like 5 or 10 seconds. Your rich friend who was rocking a Rio didn’t have that problem, but you hadn’t quite made the full leap into the digital age, maybe your parents would get you one of those mp3 things for Christmas. 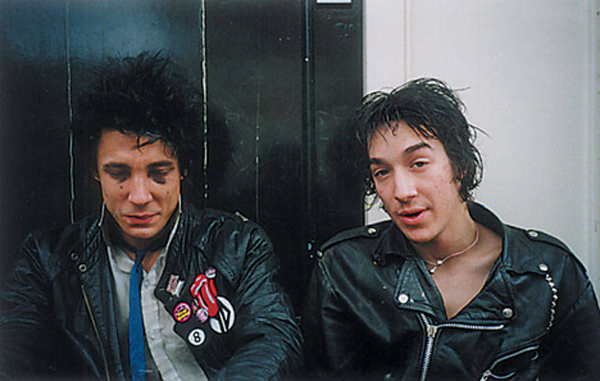 YOU WANTED TO BE A PISSDRUNK

Even though you were 13 and had only ever snuck one sip off your mom’s Zima, you idolized the Piss Drunx in all their drooling splendor. You hit up the nearest thrift store and bought the most tattered and studded leather jacket you could find – to go with your studded belt of course – and grabbed your white-out and painted the iconic PD logo right in the middle of your new Baker board. Maybe in your adulthood you came to a sober realization similar to Reynolds or Greco, or maybe you’re still out there getting it like Dollin, but it all started with a leather jacket and two easy to draw letters.

DC SHOES WAS THE NIKE SB OF THE TIME

Back when Nike was still tip-toeing around the skate industry with their cloak-and-dagger experiment of Savier, there was one shoe empire to rule them all, DC. They were straight balling. Just read any retrospective interview from one of their riders from back then, they’ll all tell about the extravagant amounts of money wasted on cars, trips to Barcelona, and only god knows how much cocaine, weed, and alcohol. But they did a lot of kinda cool shit with their money too – they built Danny Way his MegaRamp, they put out the DC Video, and they offered $1,000,000 to the city of Philadelphia for them to keep open LOVE Park. Pretty impressive how, despite running with one of the clunkiest logos in the industry, Damon Way and Ken Block built up a business that they managed to flip for $87,000,000 to an even bigger behemoth, Quicksilver, in 2004. And so began the current cycle of corporatization.