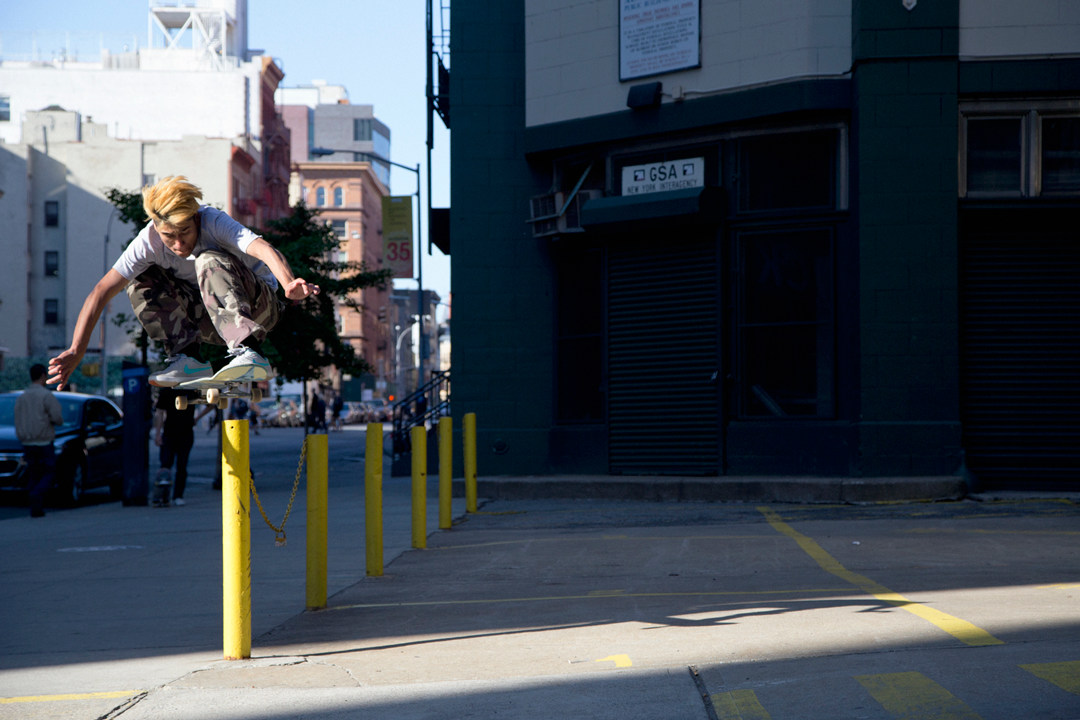 Chachi can ollie over anything… from flat

If you follow skateboarding at all, you may have noticed that the “gulliest skate gang in London” has collaborated with the hippest bolt company in New York to drop a line of ***VERY RARE*** gear and a 20+ minute, cocaine-fueled video that’s sure to make Hypebeasts run to max out their credit cards.

Check out some photos New York based photographer Colin Sussingham shot during the filming of “Paramount” below, and if you haven’t already seen the video then get on it, slacker. 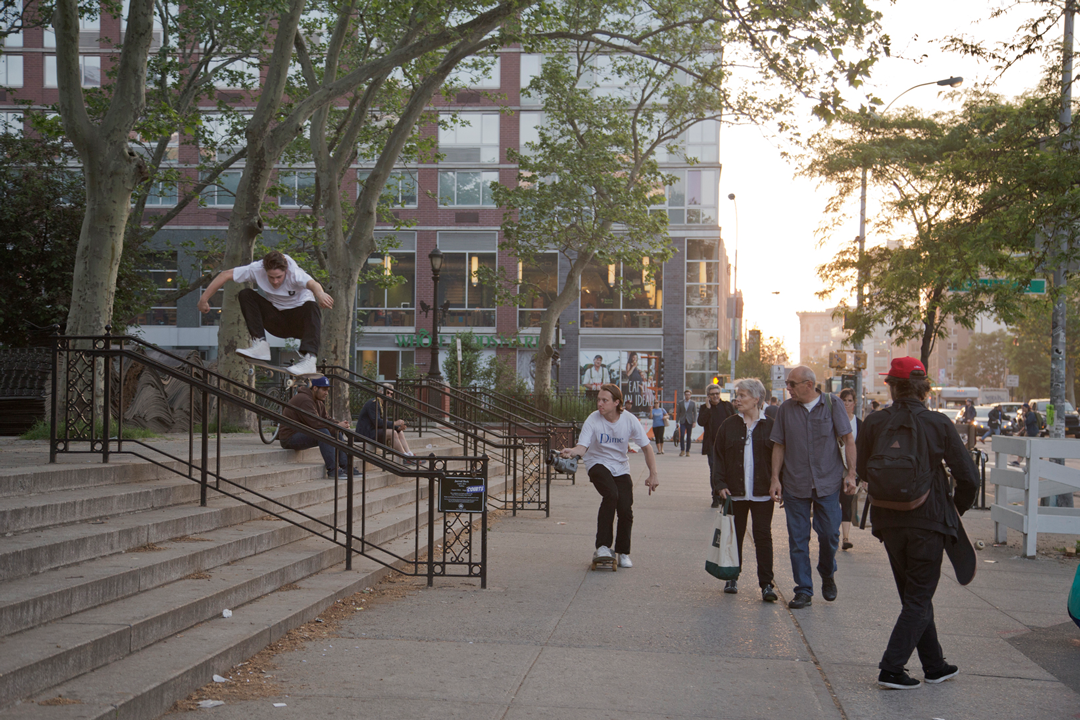 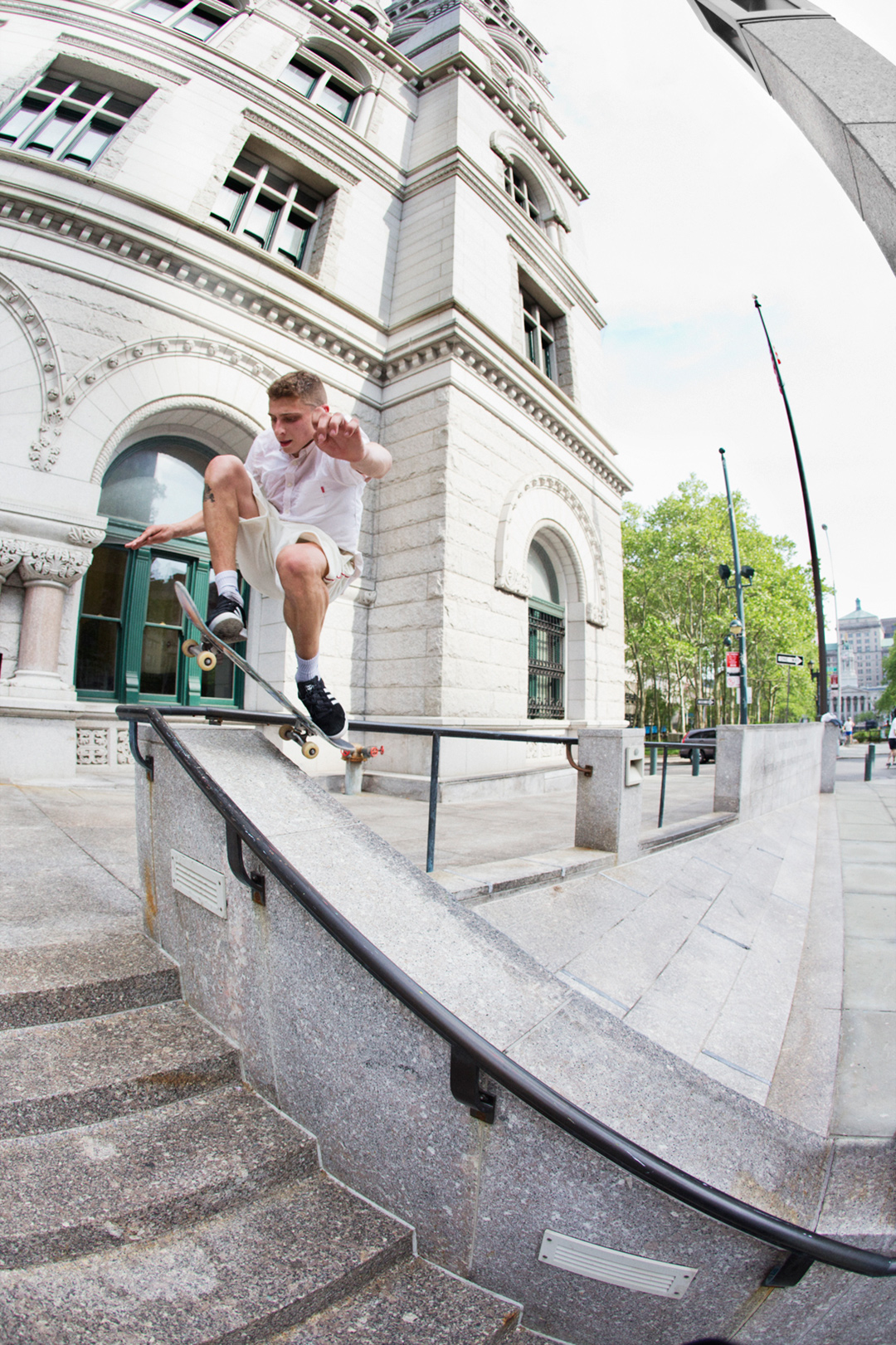 Blondey McCoy hitting the wall and going up in downtown Brooklyn 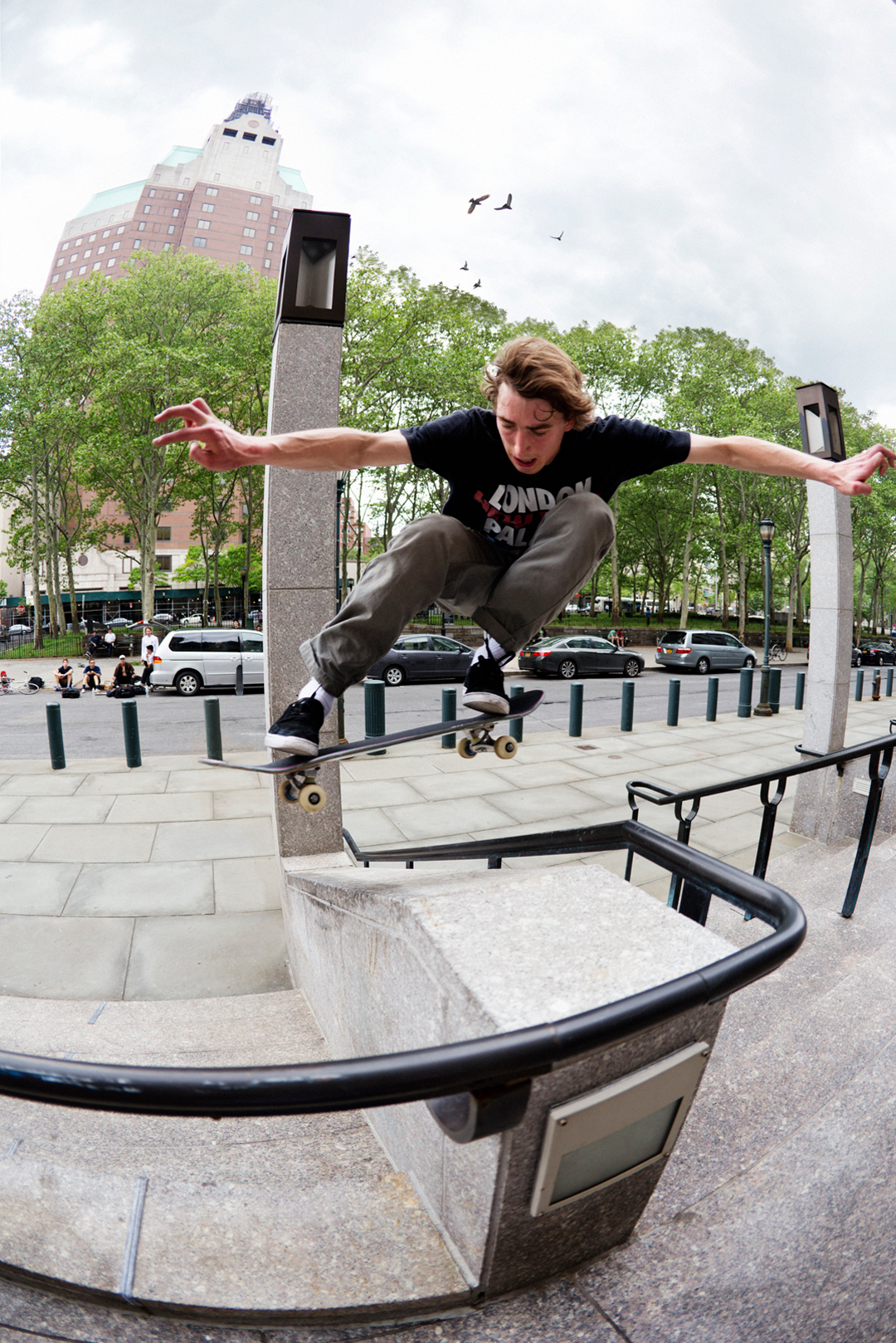 And Rory Milanes gets down with the backside 180 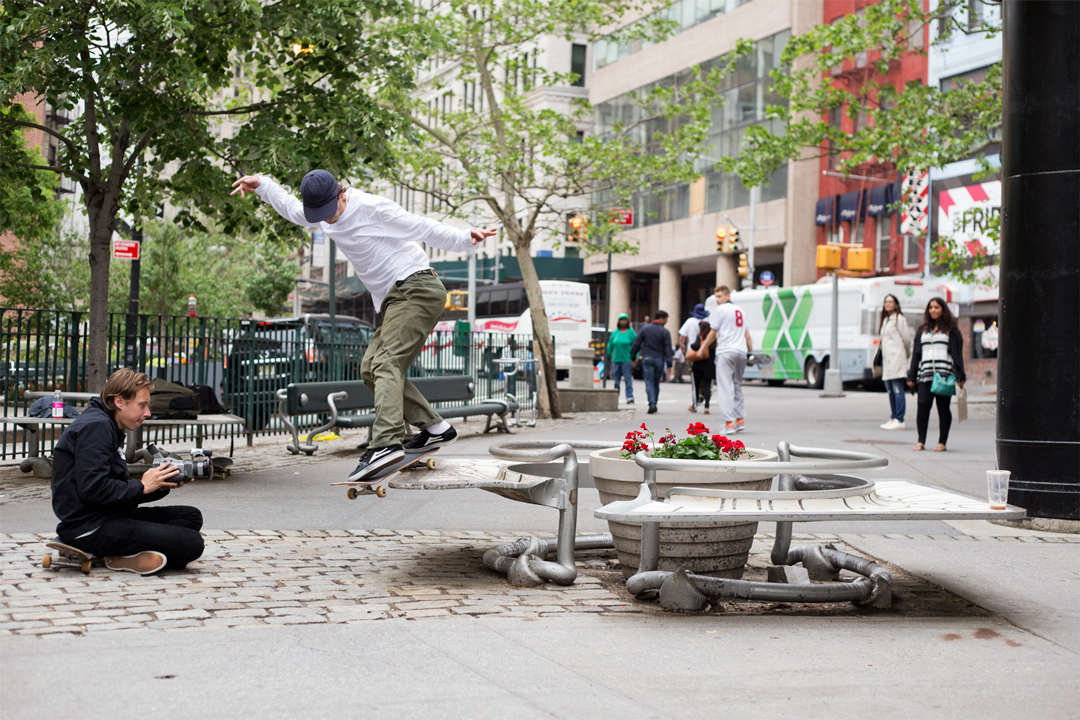 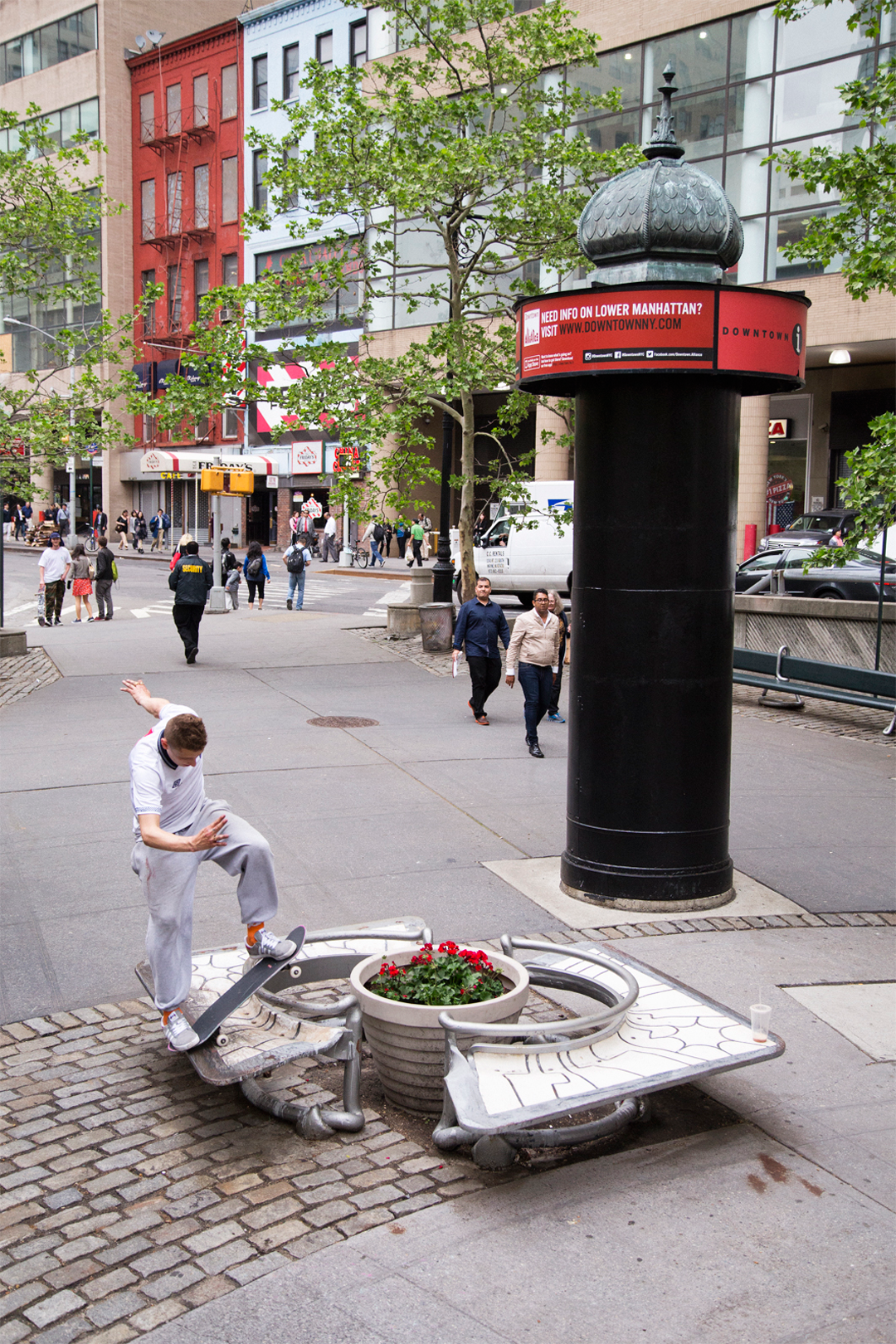 Blondey with the noseblunt at Rector Street 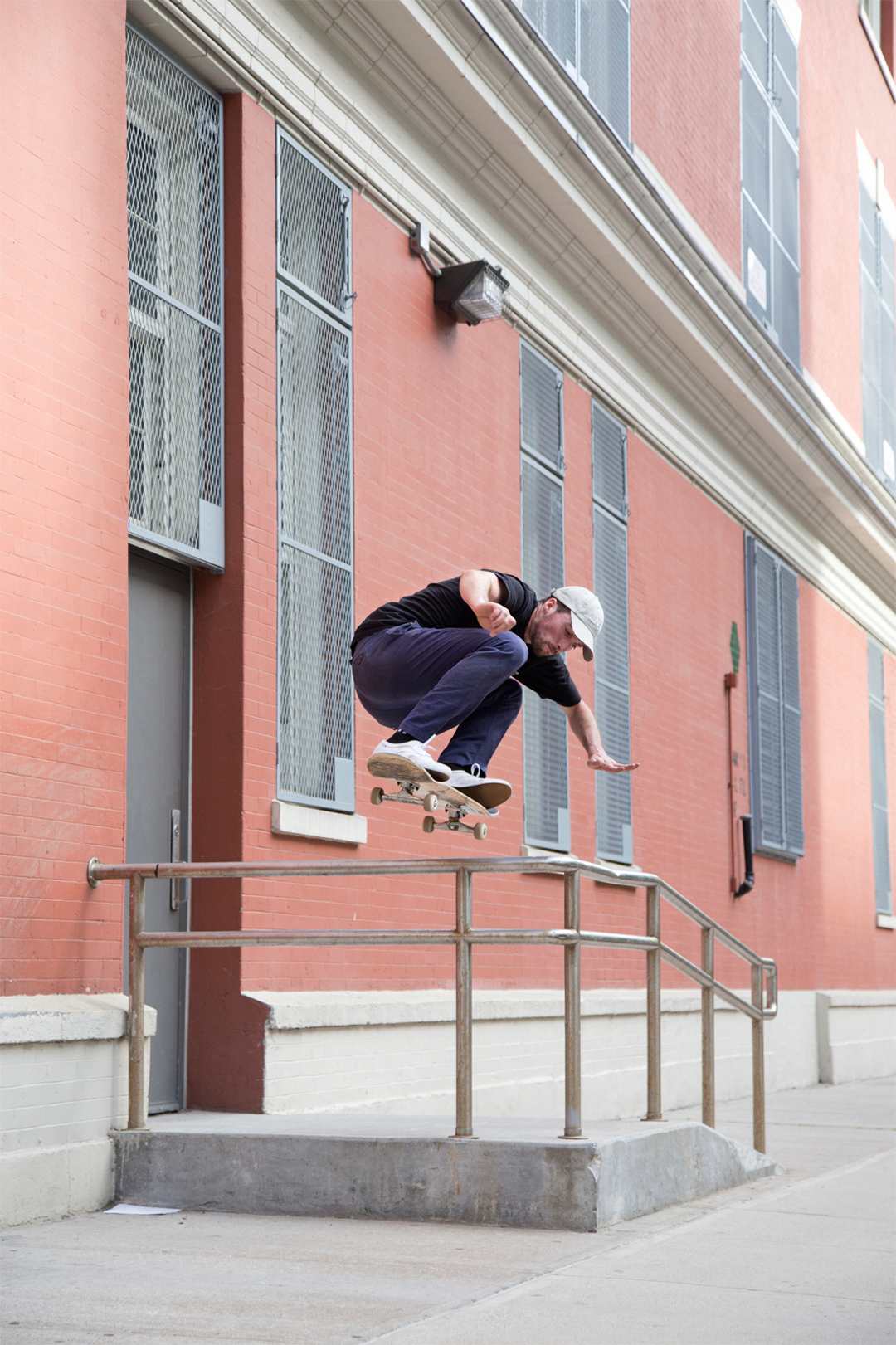 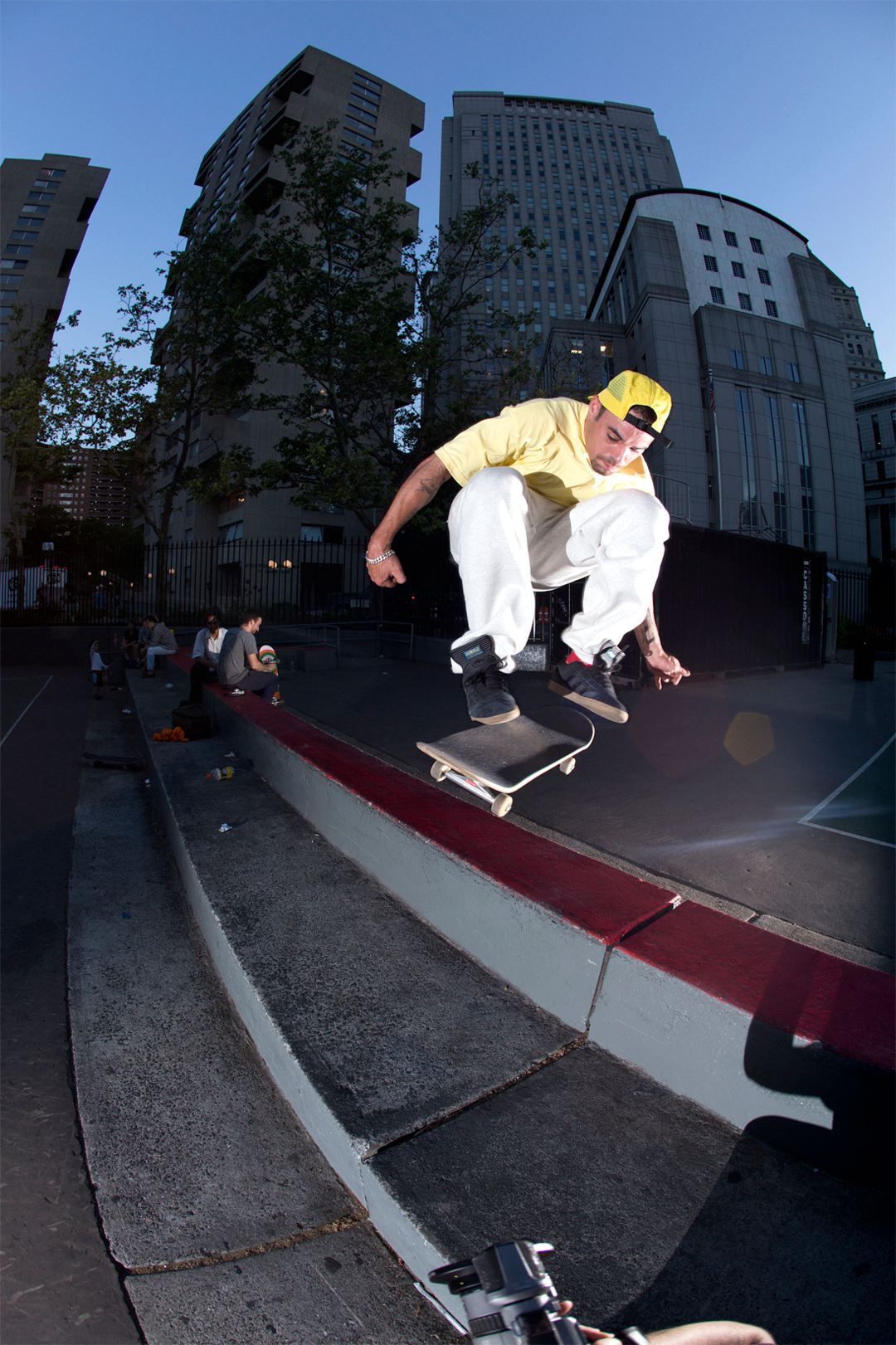 Karim Bakhtaoui, dressed in yellow from head to waist, front shuving in Chinatown 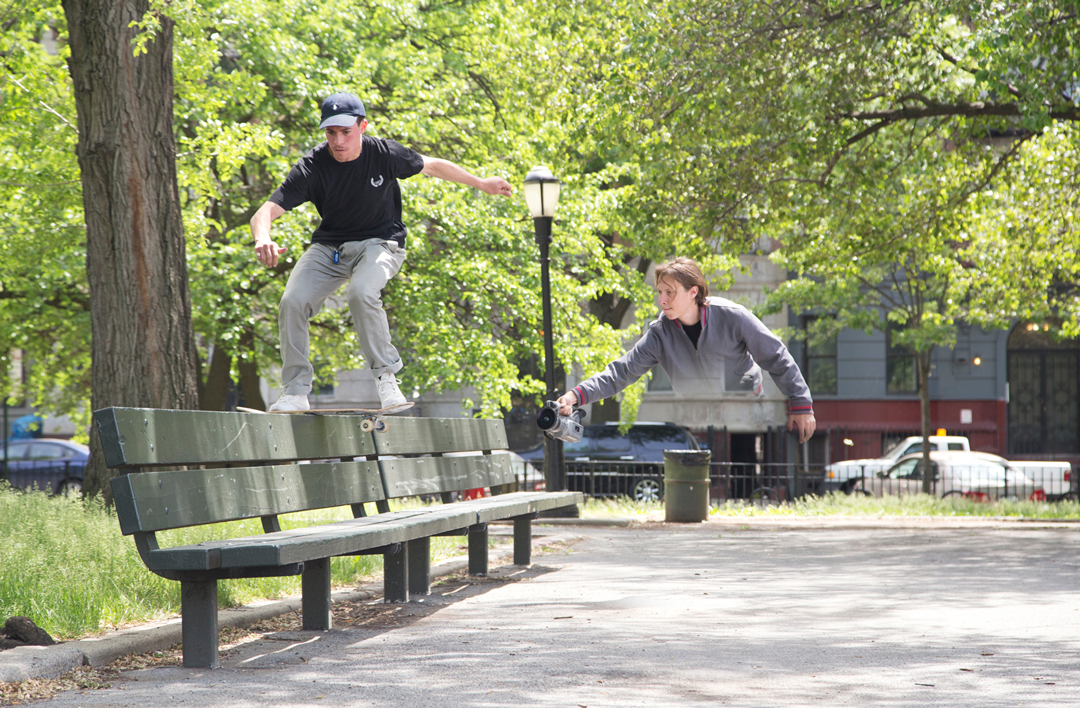 Even wonder why Bronze videos are filmed so smoothly? It’s cause Peter floats when he follows… Kevin Tierney boardslide in Crown Heights, BK 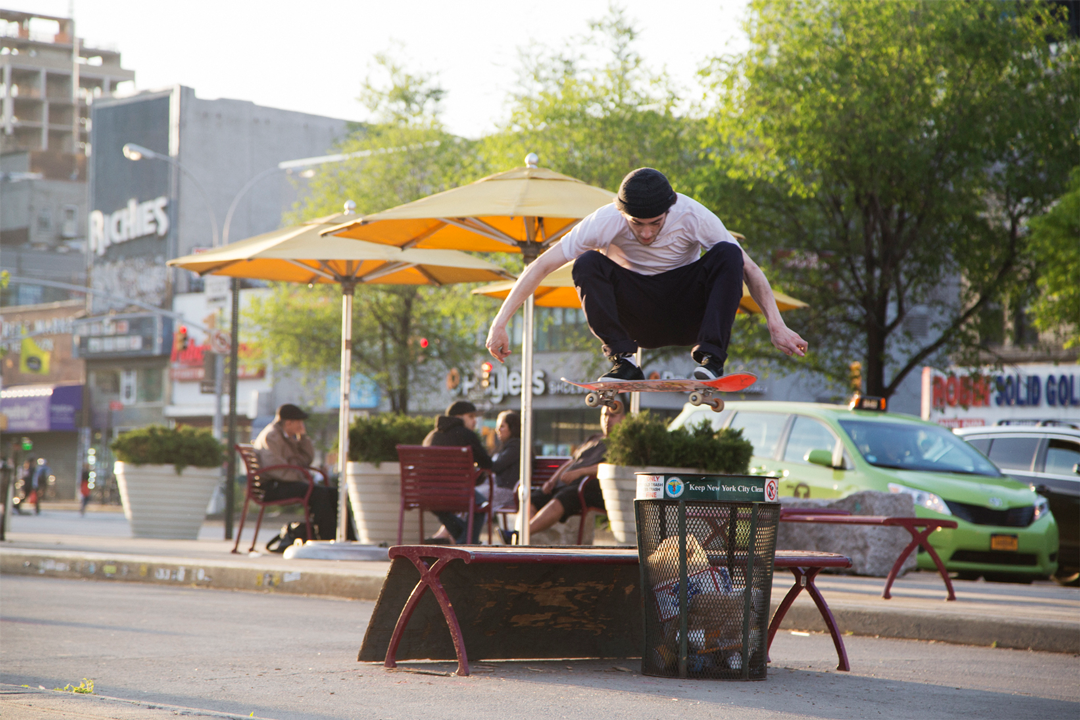 Is it coincidence that there’s a wall that says “Richie’s” behind Richie Rizzo’s wallie over a trashcan? Or evidence of a PALACE x BRONZE global real estate takeover? 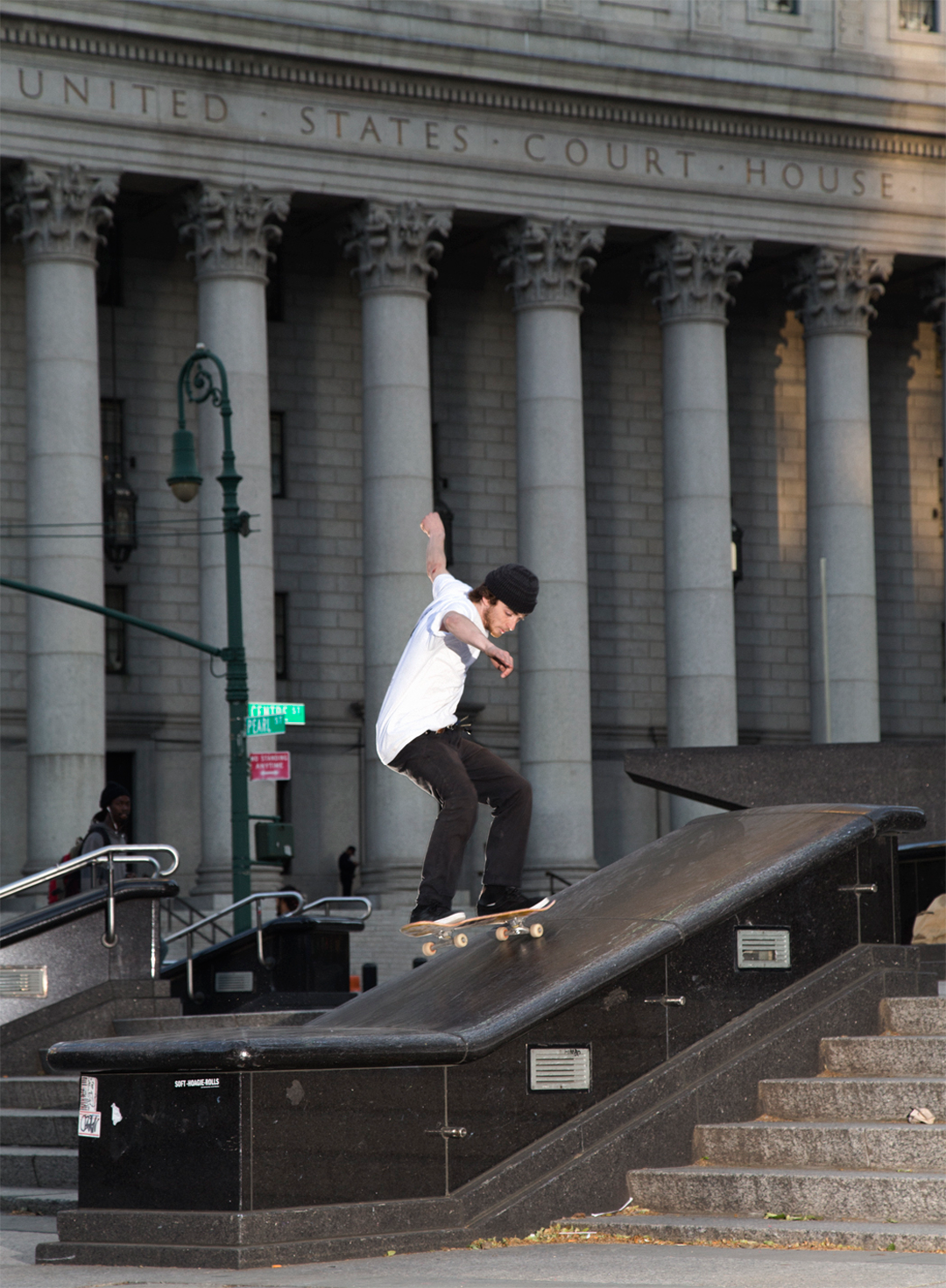 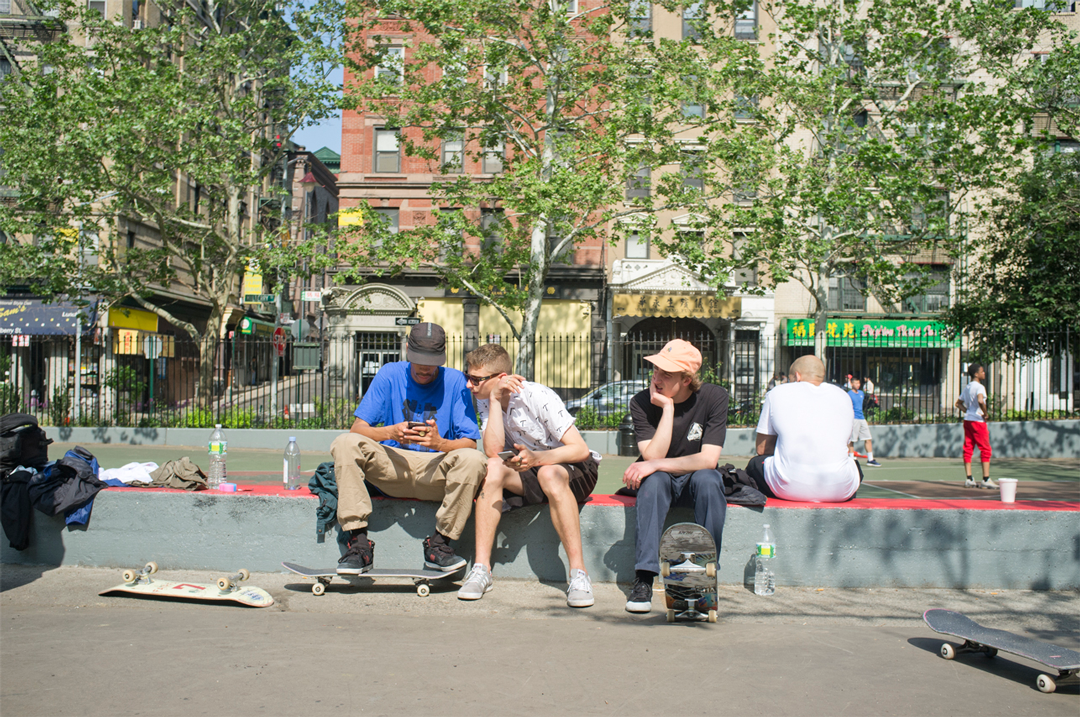 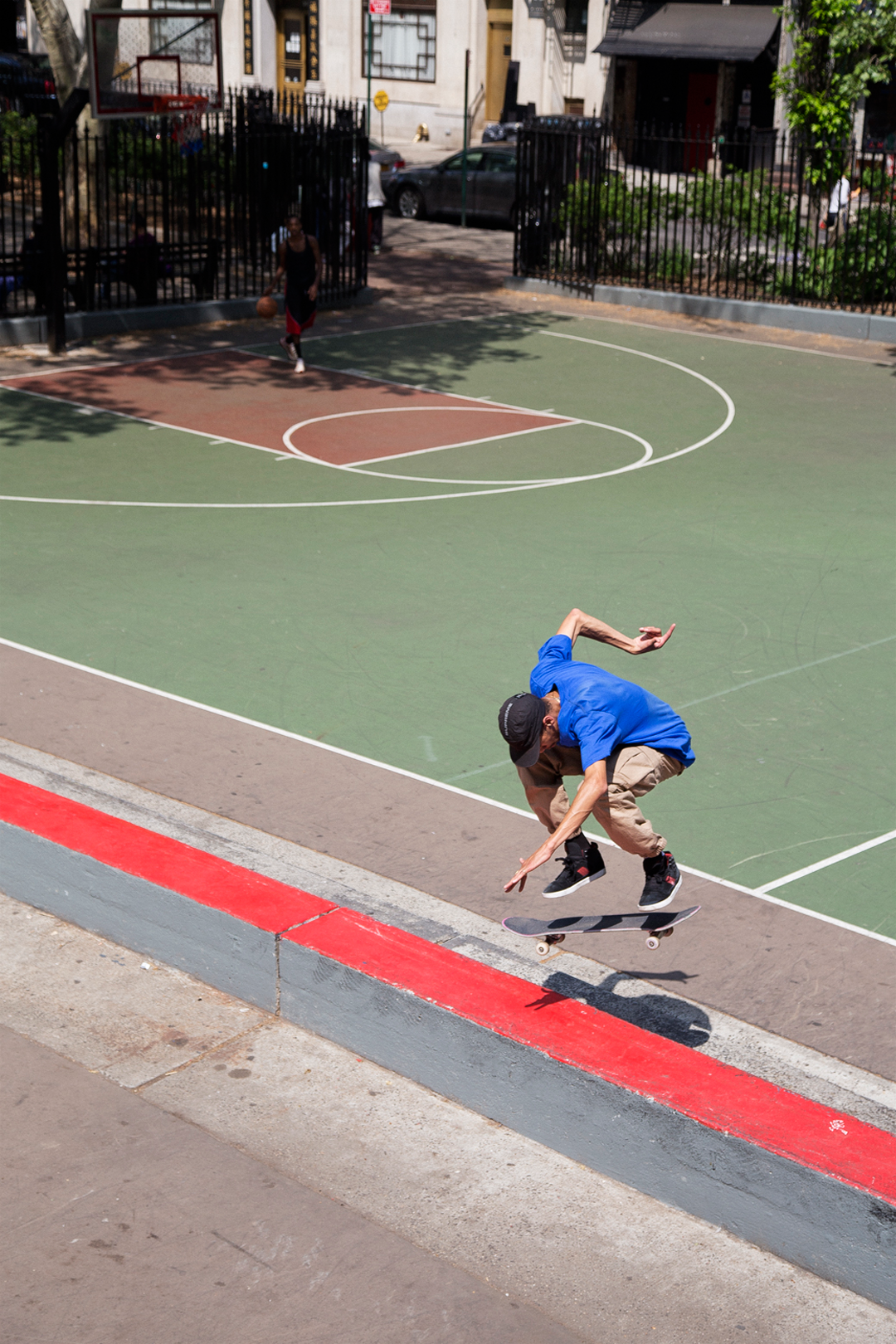 Lucien Clarke nollie backheel over and down the blocks at Columbus Park, NYC