IS PROPELLER WHAT WE’VE BEEN WAITING FOR? 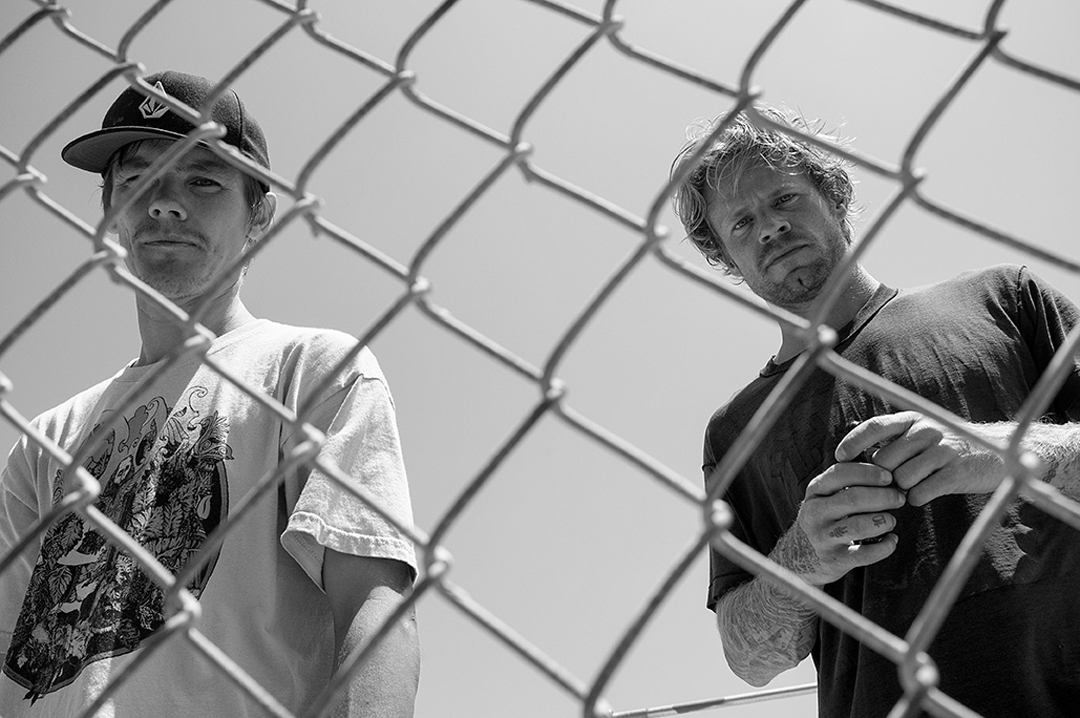 Following the Chicago premiere of Propeller I could have reported a handful of facts about the video, at most. It was overwhelming. I know that the video was long and crowded with beauty and amazement. I know I enjoyed it very much. I know that when a certain angelic transition ripper appeared on screen, my wife leaned over and said, “What’s up with this pretty little surfer?” I know that afterward, people around me wanted to discuss favorite parts. I recall thinking: Isn’t it odd, isn’t it even sort of disappointing that after all these years we haven’t come up with a better word for the individual sections of a skate film than “part”? I know that in bed that night I felt strange, and haunted by something I couldn’t immediately name.

I happen to be a person who often wears Vans shoes and never ever wears Nike shoes. This is my choice, about which I’ve thought long and hard, and I’m not interested in convincing you that I’m “right.” You’re either a grown up or will be soon, so I trust you to think about it and make your own choice. I happen to really like the Vans product, especially the Gilbert Crockett low, a shoe I’ll wear into the apocalypse. I also appreciate the idea of Vans. There are products, there are ideas, and the name we have for the chemistry between them is, of course, brand. 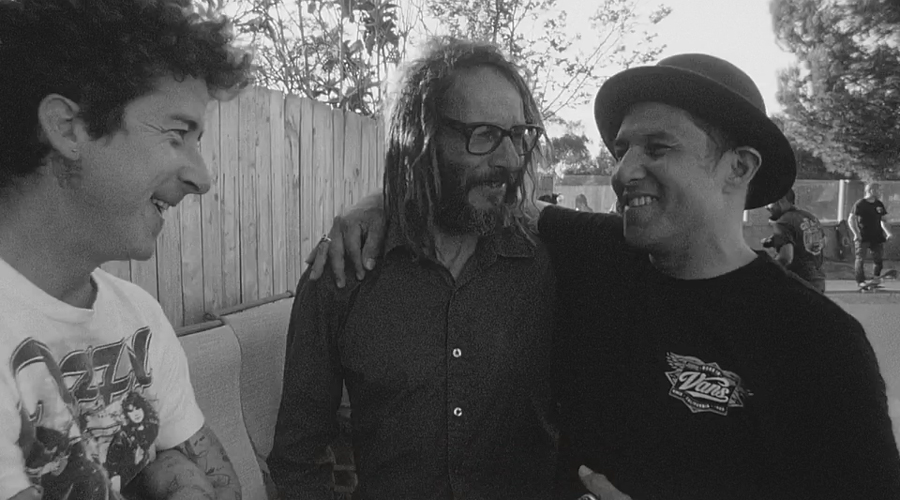 In both product and idea, the Vans brand leans heavily on the notion of history. Here is Doug Palladini, Vice President of Global Marketing: “I believe that for Vans, our heritage fuels the progression.” Or: “Coming from that platform of authenticity and our heritage, allows us to progress in a really meaningful way.” If language like this weren’t so nauseating we might wonder over the logistics of balancing “heritage” and “progress.” I’m most interested in “meaning,” which here and elsewhere is code for narrative. When a brand says “meaning” they mean the story it tells about itself. It’s a story that you, consumer, either reject or choose to inhale and embody as part of you own.

”Unlike other companies, Vans can claim that skate culture adopted them, rather than vice versa.”

For fifty years Vans has defined itself as the great common denominator of American culture. Unlike others, Vans can claim that skate culture adopted them, rather than vice versa. Such a meaningful history is not wasted by the brand’s mouthpieces. Steve Van Doren [Vans Co-founder’s son] will say, “This is not a team you can just buy and throw together.” Vans rider Jeff Grosso will say how “other brands,” by which he and Steve and everyone else at Vans means Nike, though they won’t say so, because that is not the Vans way, will “try and rewrite their history by trotting out some old photos of some old guy wearing their shoes back then but you know what? I was fucking there and I didn’t see them anywhere. They weren’t around.” 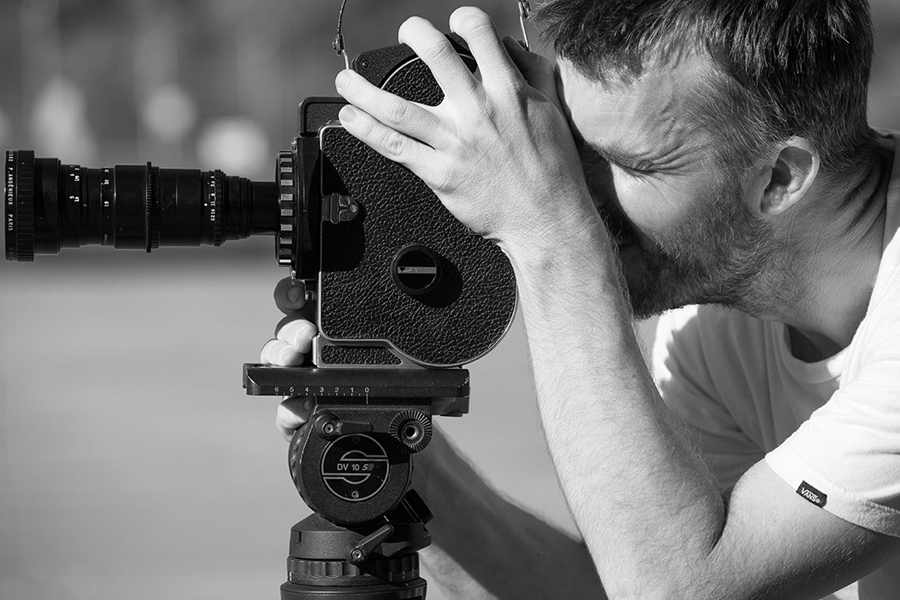 And now, into this narrative comes filmmaker Greg Hunt and his Propeller, which left me impressed, giddy, and not totally sure how to separate Hunt the filmmaker and Vans the brand. Unlike Ty Evans, who films skateboards, isolating and slowing their rotations with a fetishist’s obsession, and unlike Bill Strobek, who films skateboarders, zooming always closer to see faces and fingernails, Greg Hunt films skate spots. In fact he films the settings that comprise the spot where skating occurs.

”Greg Hunt films skate spots. In fact he films the settings that comprise the spot where skating occurs.”

Hunt is an image-maker, catching the angles and shadows and geometry that surround the activity. In 2003, this made him the perfect filmmaker to introduce the Mega Ramp to the world. But it’s not until the video’s finale that Hunt is fully Hunt. His subject isn’t Way exactly, but the shapes cut out of the surrounding valley, the contrast of skeletal beams with the green bundles of desert brush along the dusty ground. It’s the moments of alignment between Way’s flight and the hilltop ridges behind the ramp, with the sky a pale, lineless vacuum above. It’s those two masonite pathways carved for parallel drop-ins leading to two sprawling gaps, the one on the left dwarfing its partner on the right, shot from a helicopter above.

If Mindfield feels heavy today, that heaviness is Alien’s co-founders, Carter and Hill’s branding work more than Hunt’s. The toy robots helpless on their backs, or disabled. Those oozing metallic porcupine spheres of death. When Hunt shows us each rider’s face in profile, shadowed or otherwise colorless, it’s the shape he likes, not the expression or attitude conveyed. He’s more interested in Heath moving between columns, or Dill carving a casual turn in front of a fountain before even more columns. It’s that murmur of birds, throbbing shapes above the triangle of an angled roof. Whenever a spot in Mindfield can bear it, he will zoom out and present it whole. Those we see up close are schoolyards, anything indoors or under cover. His preference is always outward, distant, opened.

Compare any of this to Benny Magliano’s take on Alien Workshop after Hunt moved on. His The Cinematographer Project short features not one single shot that remains still. It’s all is kinetic and disorienting by design. The eight-minute section is always building and is also effective as hell, like a determined assault, rising from start to end. Where Hunt is rooted and appreciative, Magliano offers controlled mayhem.

”Propeller is the fullest expression yet of an artist who began his career under Ty Evans but learned, as students must, to distinguish himself.”

In many ways, Propeller is the fullest expression yet of an artist who began his career under Ty Evans but learned, as students must, to distinguish himself. Hunt’s HD is broad and clean, with little interest in wringing drama from the activity. As for brand obligations, he’s been consistent in claiming independence. When The Chrome Ball Incident asked him about brand identity in The DC Video he said, plainly, “I didn’t really think about the brand identity.” About Mindfield, no, he said, Mike Hill basically let him do his thing. And now, to Concrete, he says there were no overall brand messages conveyed by Vans. Was there any involvement from Vans marketing? “No, none.” 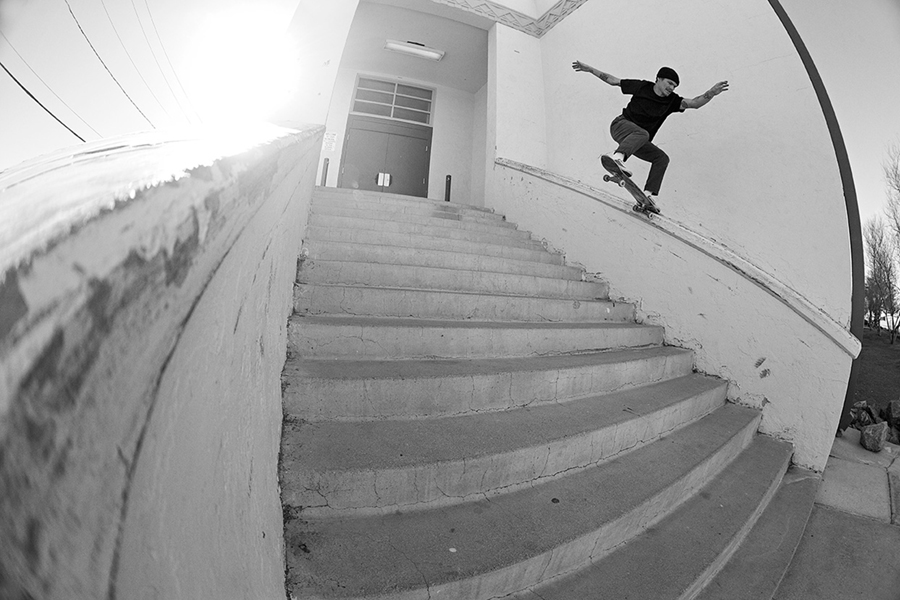 The skating in Propeller is incredible, as anyone but a devout fool would expect. There are not surprises, exactly, but a barrage of tricks that render surprise moot. The flop of Rowan Zorilla’s wrists and noodle of his legs do look wobblier and more likable against the rigid forms of a Hunt composition. Trujillo and his volcano rides, Pfanner squeezing through a doorway to lipslide that green rail, and so on, each skater is blessed with a fresh batch of frames. Dan Lu earns every stitch of his wool sweaters by sheer joy alone, forget skills, and Kyle Walker’s Knausgårdian fifty-fifty registers as one more very, very long grind. It’s quite literally all impressive. Gilbert Crockett’s part is every bit as worthy of isolation as Dylan, and playing them simultaneously side-by-side opens a kind of barely-alternate dimension in which mirrors aren’t quite flat and identities bleed into one another.

But this isn’t an occasion to explore such possibilities. Not the time to deviate from the traditional Skateboard Video form – introduction, part, part, part, etc., roll credits and cue bonus footage. This is Greg Hunt who was raised on the era of Sick Boys, and who as such was chosen by Vans, historical manufacturer of the most authentic shoes in skateboarding, on whom VF Corps is banking rather hard. How could Hunt feel anything but pressure, given his client? Is such a thing as “artistic freedom” even possible in a case like this?

My answer here is, today, no. To this one viewer, Propeller feels like a perfect representative of Vans, a perfect representation of a skateboard film, but not quite a compelling representation of our time. The novelist Zadie Smith has described a certain brand of impeccable literature, tight and neatly constructed, the reading of which fills her with a certain strain of disappointment. For Smith, it’s “a powerful, somewhat dispiriting sense of recognition.”

We have been trained to expect this video, Propeller. Our receptors are so established, though, that its perfection becomes the problem. “It’s so precisely the image of what we have been taught to value…that it throws that image into a kind of existential crisis.” Perhaps, then, it’s not budgets or the internet that is killing the form of the full-length skate film. Maybe, after 30 years, we’re ready for the form to evolve. 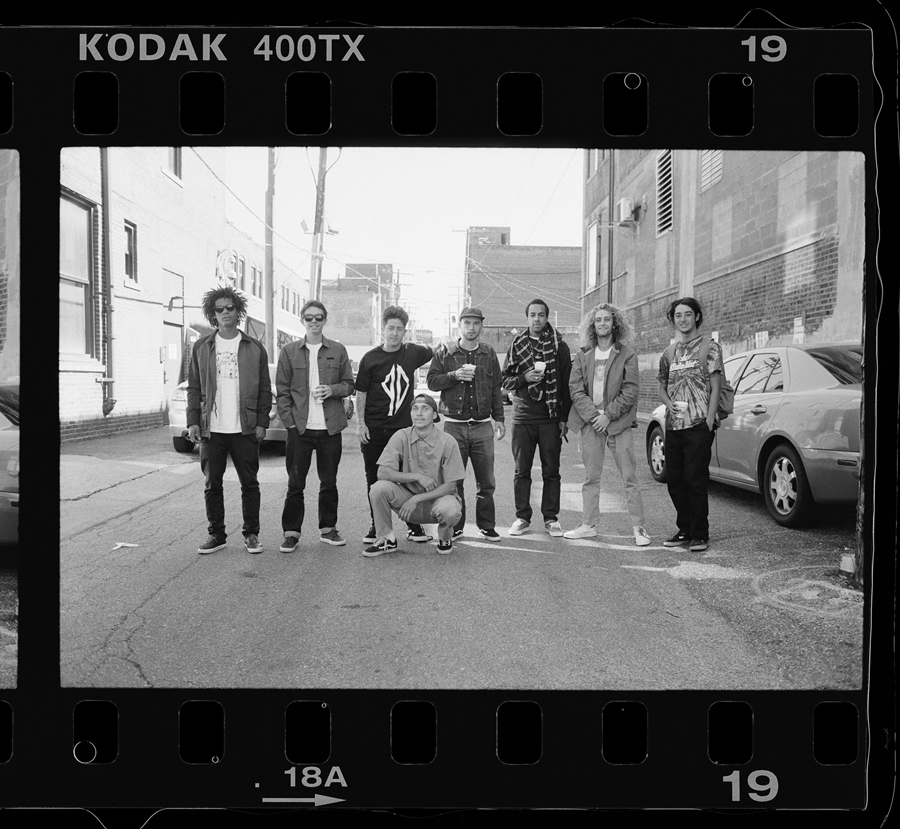 But could Propeller have been any way else? Vans might have chosen Russell Houghton or Chris Ray to direct, though I’m not sure how radically that would have changed things. Mike Manzoori would have done something else, though not necessarily something more. Dan Wolfe, too. But “more” isn’t even the issue, is it? Is it insane to ask what a Ryan Garshell Vans video would look like? Or a Mandible Claw? Probably they would not look like anything.

This is the story of Vans after all. Or part of it anyway. It’s a selective history as all self-told stories are. And aside from TNT’s bloody chest and lower back, and that brief glimpse of AVE’s Cain Gayle tee, it is almost totally clean. It is pristine. Greg Hunt’s Propeller is so good, so pleasurable, that it never seems to struggle.

”Perhaps it’s not budgets or the internet that is killing the form of the full-length skate film. Maybe, after 30 years, we’re ready for the form to evolve.”

In this way, the Vans brand has been presented as less, say, Anthony Van Engelen and more like…Curren Caples? A kid who if he sweats, and that’s a big if, then he sweats meticulous beads of vulcanized waffle sole. That is well and that is good, but for me the story lacks mystery. It lacks surprise. It lacks, as I might say to my writing students, guts.

In this sense, I’m most impressed by Propeller as a reflective device, a tool for my ongoing struggle with my desires and beliefs. Didn’t I ask for this? Must a skate video necessarily challenge its viewers in some way? Need it disturb? Need a skate video converse somehow with the filthy, mysterious, unframeable conditions of the world in which our skating takes place?

Words: Kyle Beachy (@kylebeachy)
For more work by Kyle Beachy check out:
A Very Large Puzzle on Andrew Reynolds
Making Up Legends in the Era of Zero Budget Skateboarding
Pretend We Haven’t Grown
Photos courtesy of Vans.
Let us visually spam you on Instagram