WHAT THE VANS PROPELLER PREMIERE LOOKED LIKE IN NYC 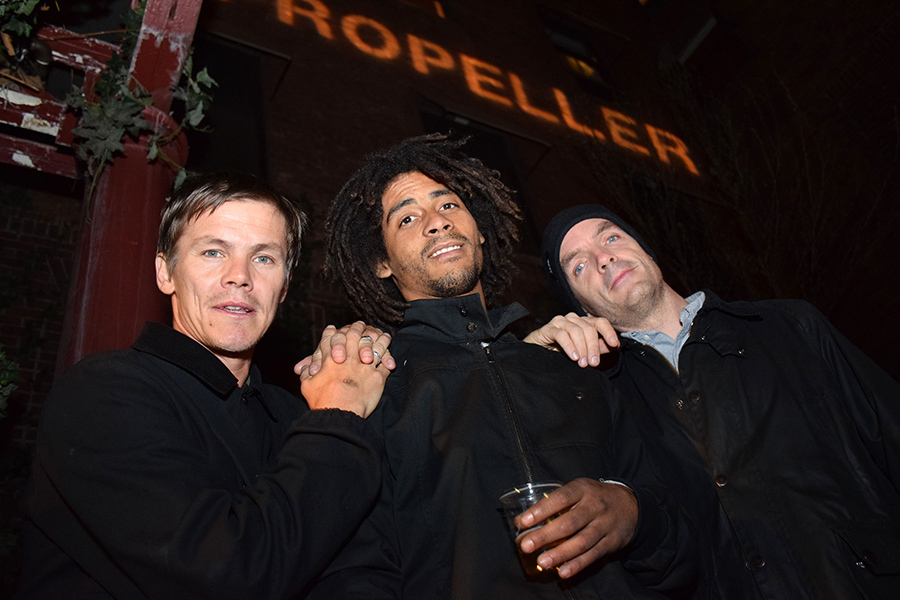 If Vans decides to make a full length skate video, well, you go fucking watch it. Last weekend, Vans premiered “Propeller” to a packed house in swanky midtown NYC. We were there to watch the video and get as many drinks and tacos as possible.

Vans really turned it up for the premiere: free food and booze for the 8 o’clock watchers, and then a fancy after party at a hotel rooftop bar that no skater besides Tony Hawk could normally afford to drink at.

Anyways, check out some of the photos from the night below… We don’t want to give away too much about the actual video, hell, there was so much heavy shit packed into it that it’d be hard to even describe it if we did want to give spoilers (*cough* Cardiel has a trick *cough*). All we’ll say is watch it as soon as you can, because it’s one of those rare videos which actually holds up to the hype.

We are proud to report that in 2015, the full length skateboard video is still alive and well. 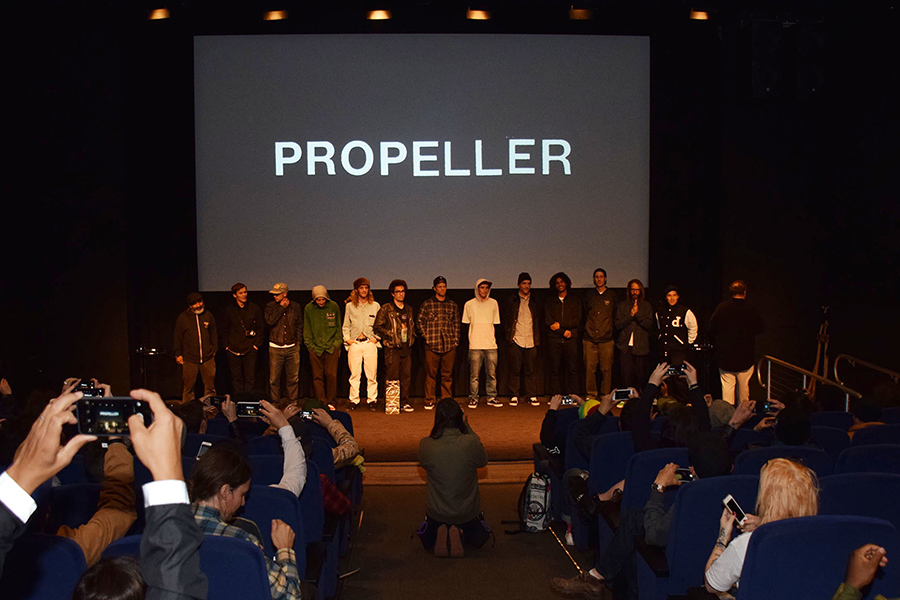 The entire Vans team lined up, football style, before we started rolling. 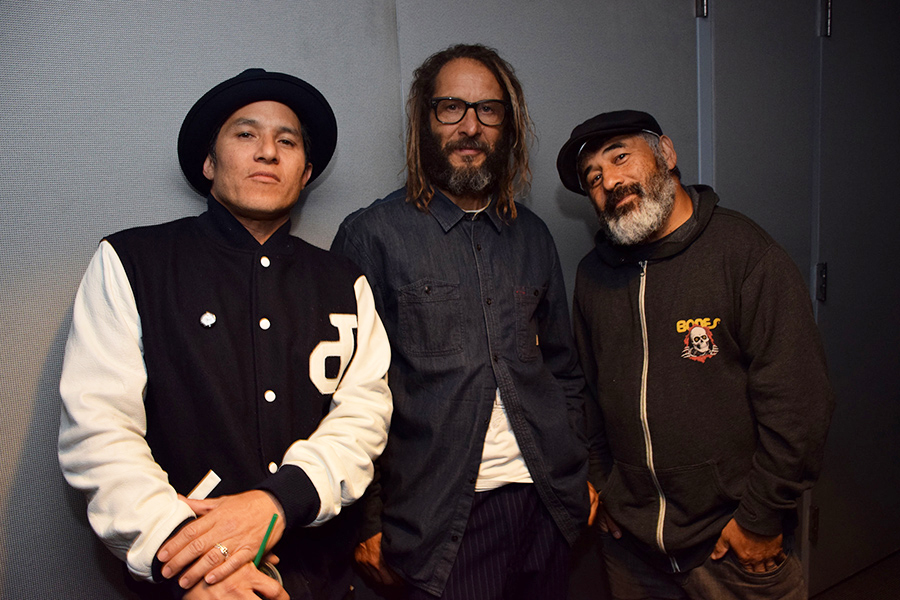 Good luck getting the courage to walk up to these guys. 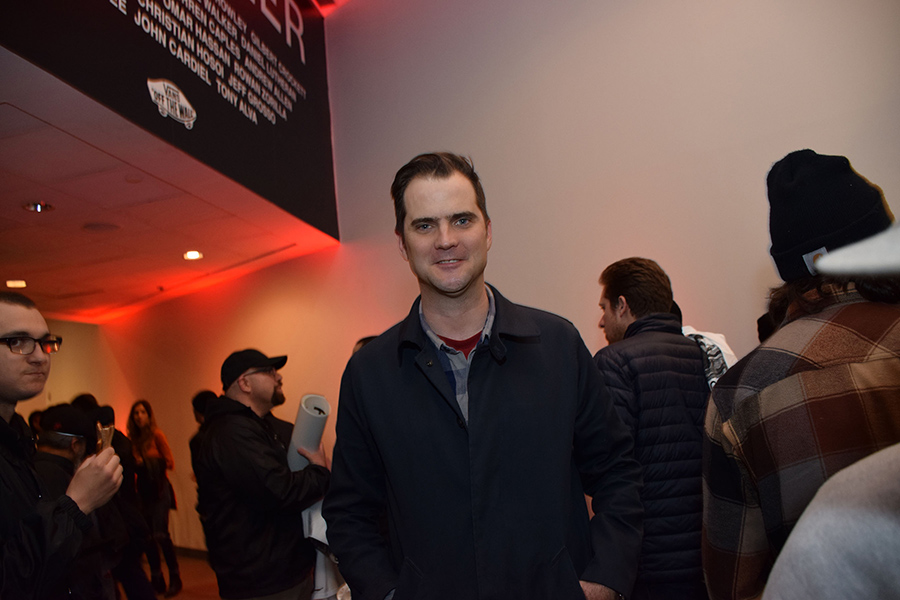 The brain behind your favorite web series, Epicly Later’d. 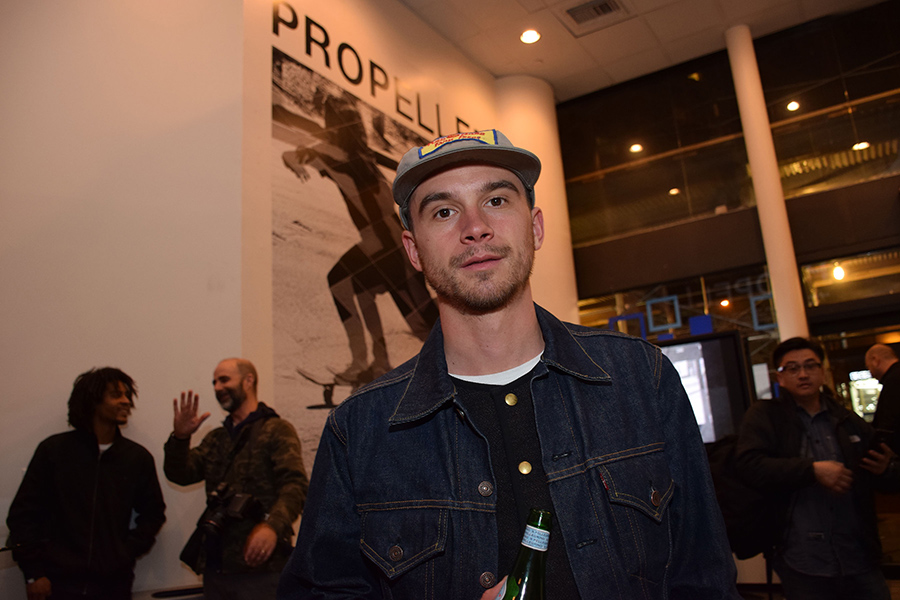 Gilbert Crockett was there in his Virginian tuxedo. 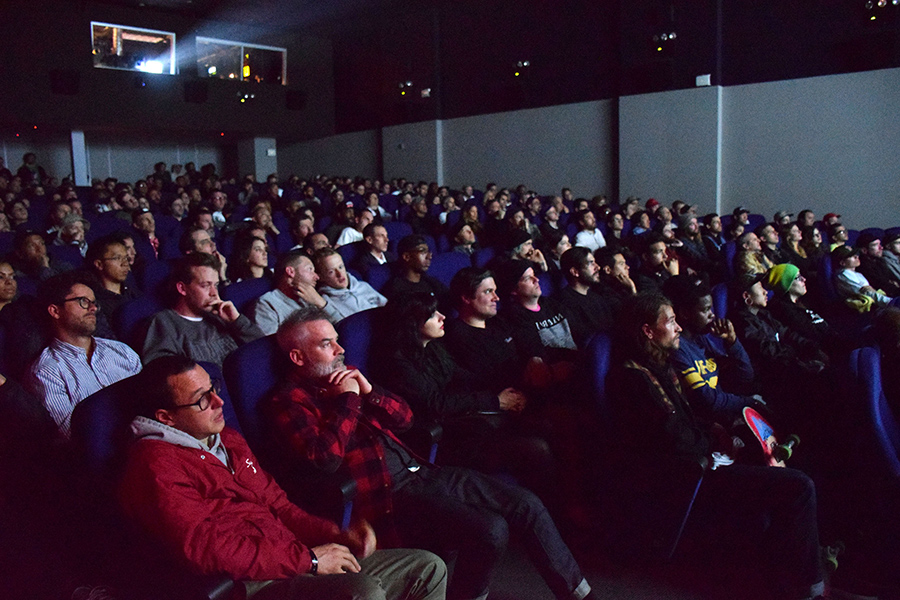 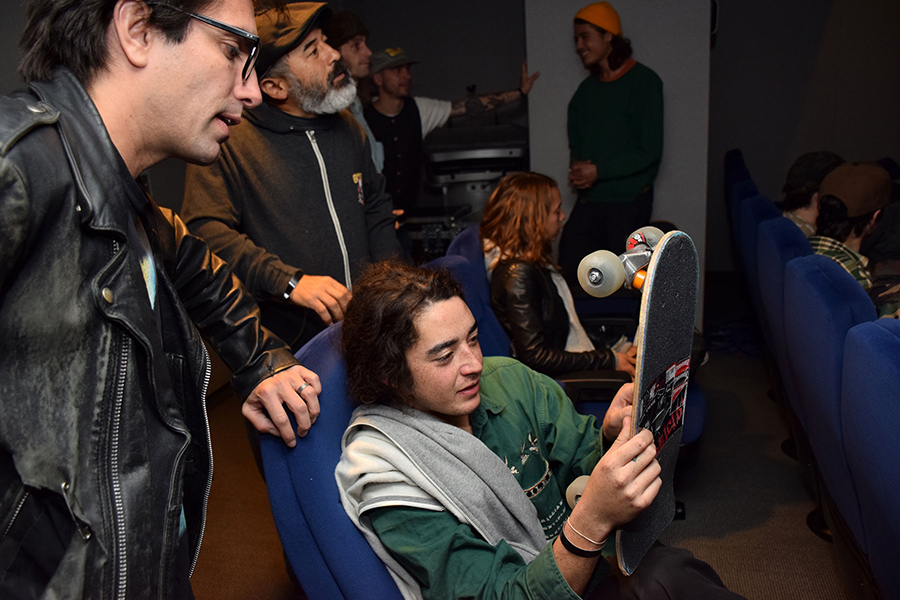 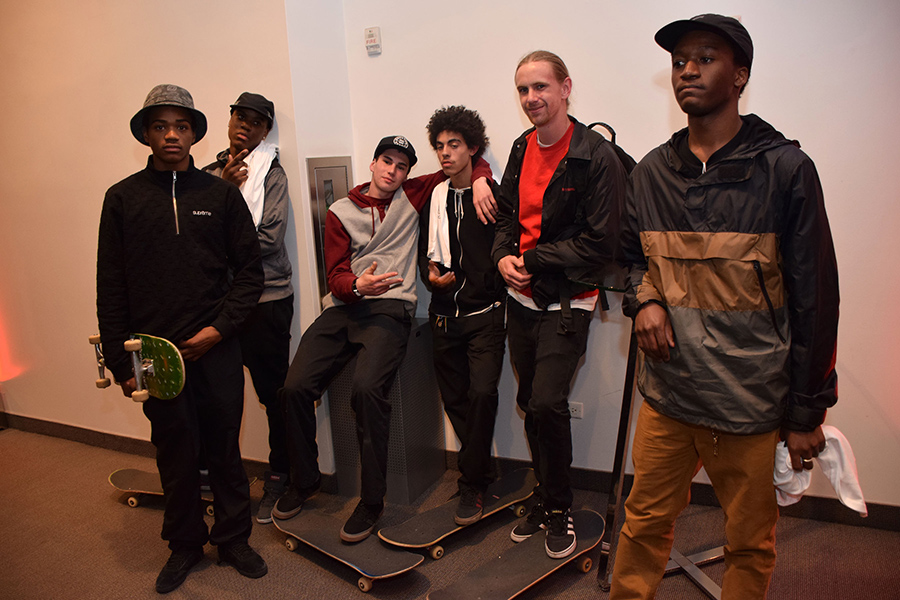 Tyshawn Jones and crew showing how much they enjoyed the video by mean-mugging our photographer. 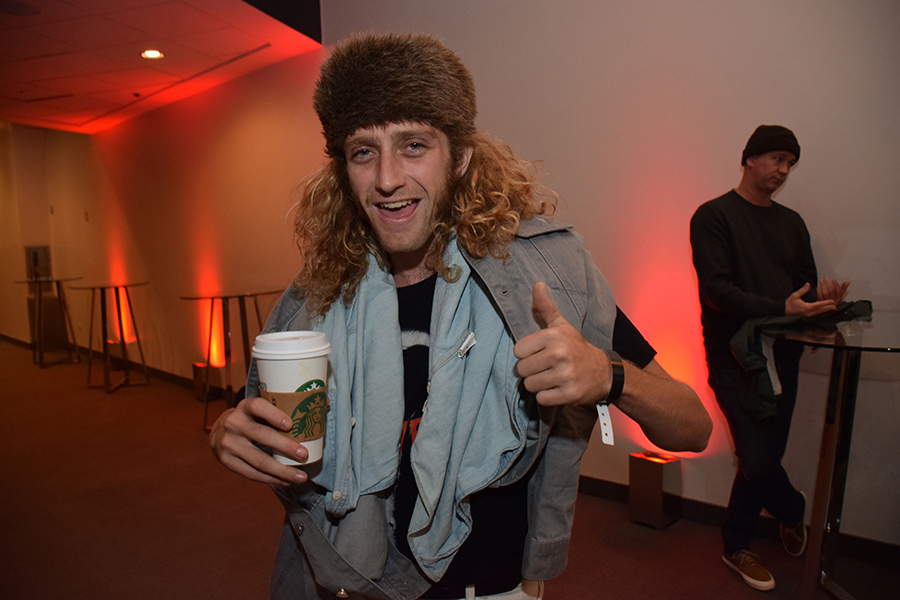 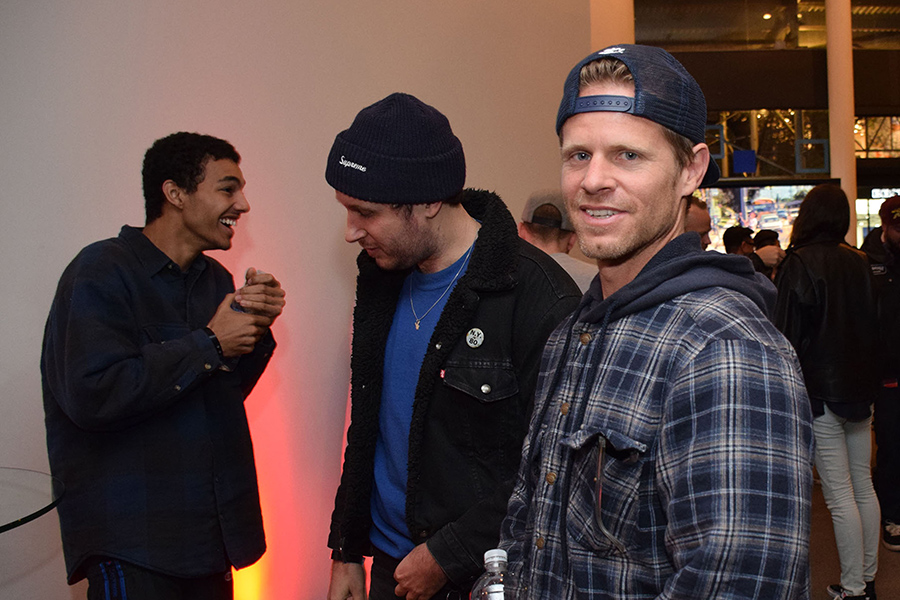 AVE, Bill Strobeck & Sage Elsesser. Apparently AVE stopped by the after party but the bouncers wouldn’t let him in for some weird reason.
Then some skater tapped the bouncer on the arm and said, “That guy is the reason we are all here..” but the bouncer just laughed. 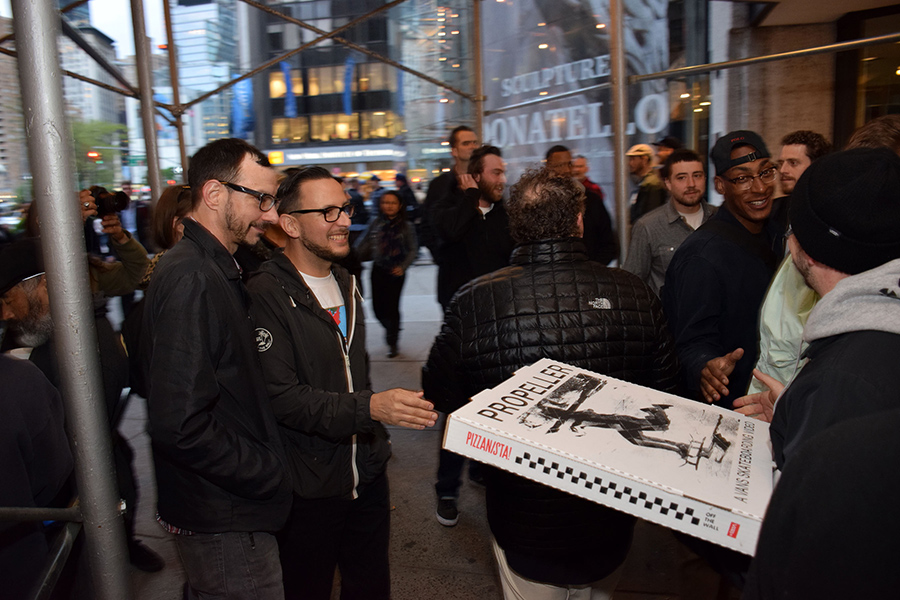 Free pizza was handed out to people waiting in line, and anyone walking out of the theater. Good deal. 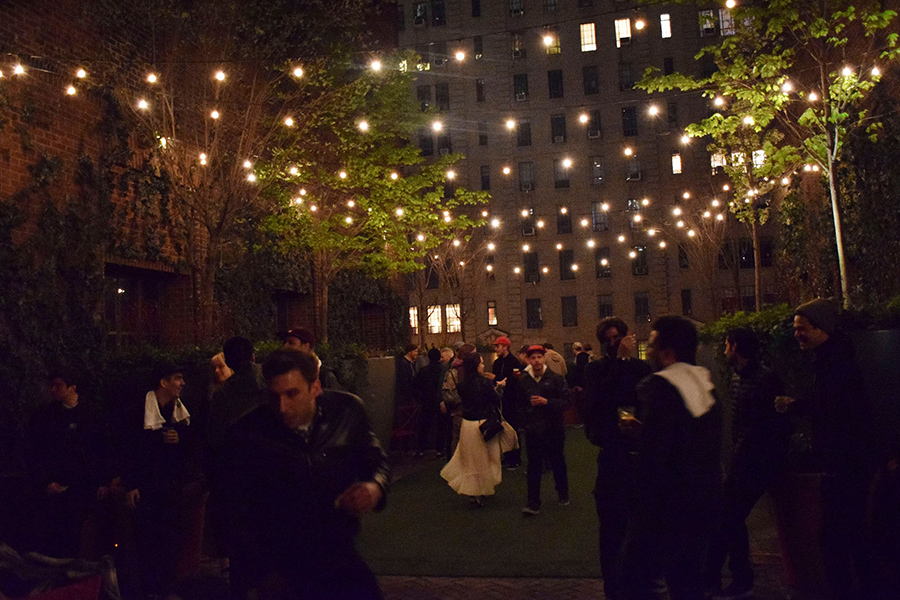 Swanky digs at the Hudson Hotel. 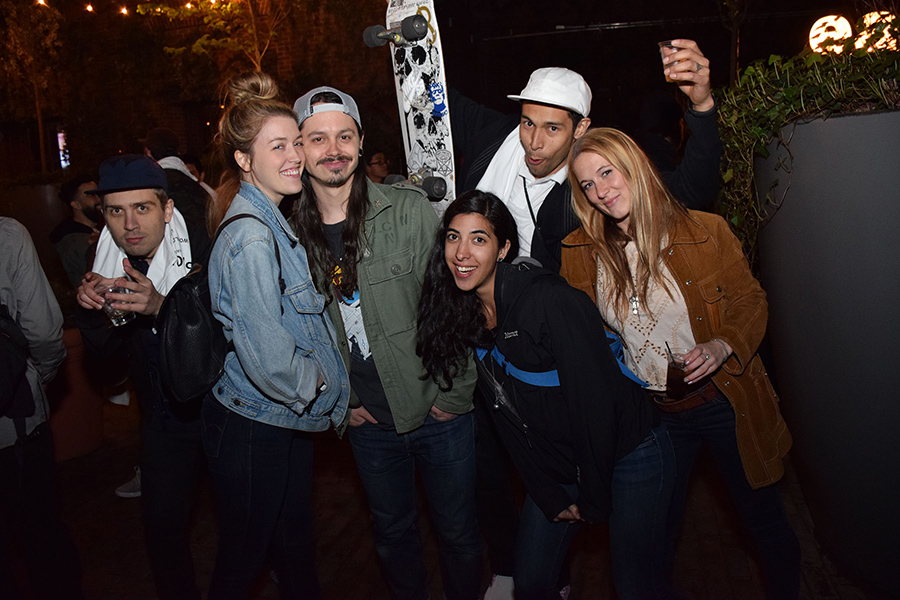 The Hudson Hotel was probably psyched on booking a Vans party – little did they know that kids like this would be showing up and breaking their glasses. 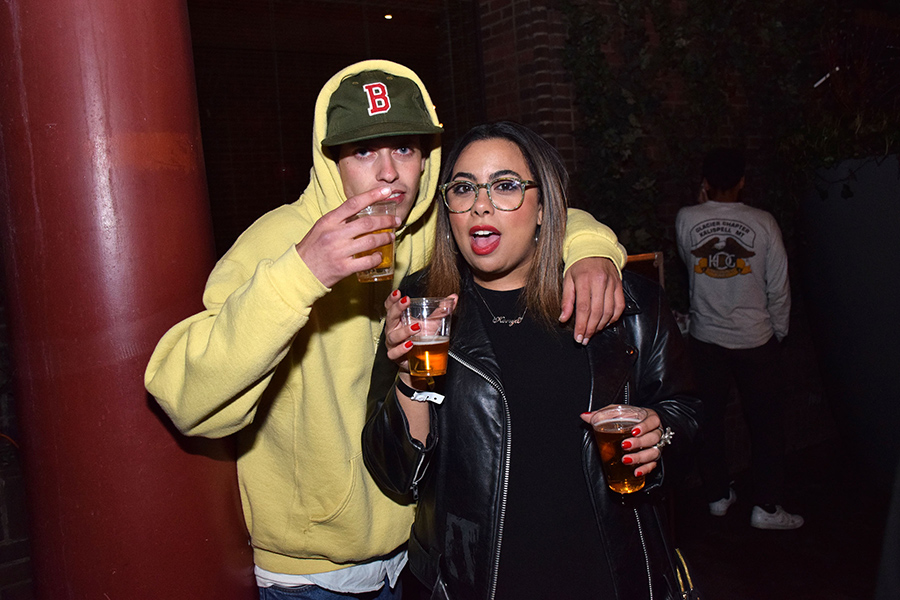 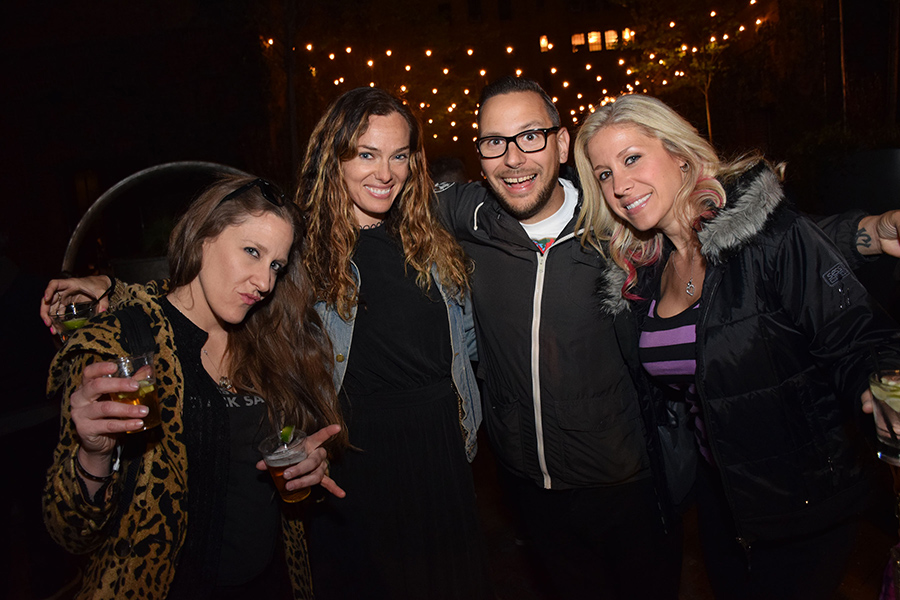