10 OF THE MOST MAGICIAL WALLIES 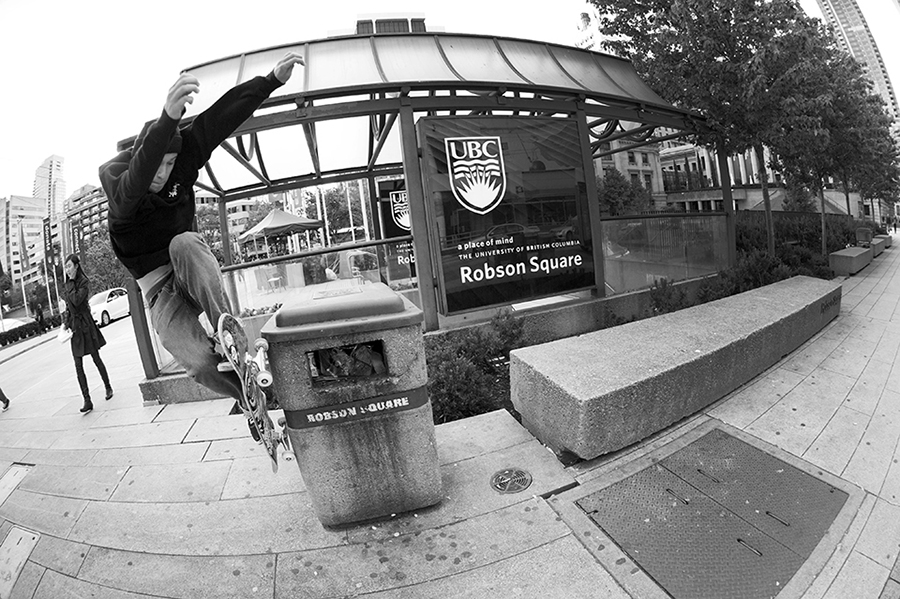 I was emailing Tim O’Connor the other night and he said, “Doing a wallie at this point is almost like saying YOLO and being serious about it.” Despite the cynicism that comes from a trick being done to death, there’s no denying that the wallie is still fun as fuck. The first wallie I saw seemed like an impossible accident. It just didn’t make sense. Did that dude just ollie into and then off of a wall?! How many times do I have to smash my front foot before I figure this shit out?! But once it clicked, it was game on, and I wanted to wallie anything and everything in my path. The same thing probably goes for the dudes that made it on this list. But where I’m happy just smashing up the corner of the nearest building on flat, the simple wallie just isn’t enough for these guys. Here’s a list of the wildest wallies I could think of. Enjoy.

I’ve probably watched this video over 25 times now…still not sure what to say about it. I know you’re probably thinking that this “doesn’t count,” but whether or not we’ve checked “the rulebook” on this, this clip is awesome. Take one ideal spot, extremely good timing, and a little bit of luck, and you have the first ever hippy hop wallie. Skateboarding thrives under one principle: the stranger, the better. This clip is proof in point.

Seems like everytime I get going on one of these lists, Wes Kremer finds a way on it. It’s no surprise really, no one’s ever waltzed their way to a SOTY title, that shit’s gotta be earned. Take this wallie late shove…and when I say late I mean late. Just when you think it’s only a straight wallie over a hubba, Wes pulls the trigger and shoves his board, landing perfectly. Chances are if it’s a really gnarly trick, Wes can do it better than just about anyone else on the planet.

The do-anything, skate-anything, kill-everything wunderkind. Trick after trick, part after part, it almost gets tiring just watching everything he’ll put out in a year. An incredible skateboarder with absolutely no signs of slowing, Ishod is as good as gold on any terrain. So it should be no surprise that the dude will oh-so-casually wallie frontside 360 off the side of a trash can at LOVE because that’s a totally normal trick that people do nowadays. Oh, what’s that? It’s not at all? Oh. Ishod’s really fucking good.

Figgy crooked grinded through a triple kink handrail with a bum ankle, so if Figgy’s gonna film a wallie, it’s gonna be super gnarly. Justin takes one push at this thing and wallies into a bank of death, speed wobbling the whole way down. Based on the way Figgy casually cruises down this thing you wouldn’t even think this trick was all that crazy, but based on the stoke coming from the crew waiting for him at the bottom, you better believe it was gnarly.

People have been talking a lot lately about how Jake has been raising the bar with the wallie/wallride/no-comply phenomenon, but let’s be honest here: dude’s been on it since he came out. His Mindfield part blew people’s brains out; talk about making an entrance. One of my favorite tricks of his was a wallie to frontside tailslide that he did off a jersey barrier and onto a rail. Anyone who’s had the pleasure (or pain) of wallieing a barrier knows that this is no easy task, especially when you’re trying to land in a tailslide on a rail that’s higher than the barrier you wallied. Even if you succeeded, there’s no way you made it look as good as #jkjhnsn.

Alex Olson is all about execution, taking something simple and making it incredible. Style, speed, and power are all the makings of a timeless career in skateboarding, and Alex is well known for all three. Here we see him cruising a congested construction site, launching a wallie backside 180 from a small barrier up and over a full sized one. Going blind over a barrier sounds like a precarious situation to put yourself in, but AO keeps his cool in even the stickiest of situations.

Polar Skateboards has been at the helm of the small brand takeover since day one. It’s really no surprise that they’ve been able to come up so quickly: they have some of the best graphics in the industry and an outstanding group of individuals that make up their team. Had it not been for Polar’s success I may have never heard about K-Rod, however I am very glad I did. His skating translates so well: always doing really difficult shit but making it look super fun at the same time. Here we see Kevin skating a spot that’s been skated the same way for years and waddya know? He goes and does something different, wallie to noseslide. I cannot wait for that Polar video.

David Clark makes skateboarding look effortless. Even his gnarliest clips look like he was just cruising to the grocery store. Always on point with his trick selection, his recent part in THREADS is full of incredible wallies, it almost feels like a concept part. There are plenty of sick ones to choose from in this part, but the switch wallie 360 has got to be the icing on the cake. How can something so impossible look so easy? Two words: board control… and David’s got plenty of it.

This one kinda speaks for itself: Dennis Busenitz wallied higher than anyone had ever wallied before. Cons and Polar hosted a high wallie contest at the Bright Tradeshow in 2012, and Mr. Busenitz walked away with the top prize. Not super surprising, the dude is, after all, one of the best skateboarders on the planet. Beating out notable wallie-ers like Callum Paul, Pontus Alv, and Jason Adams, Busenitz wallied 115.5 cm (that’s 3 feet 9.5 inches for those too lazy to make the conversion) second try. Wow, dude.

Like Wes Kremer, John Motta always seems to find himself in any list I make. You can look to him for just about any trick you can think of (and some you can’t) because, regardless of what it is, he always finds a way to make even simple tricks stand out. Well, his Happy Medium 3 ender is anything but “simple.” Motta damn near risks it all with a wallie (wallie nollie?) to frontside lipslide down a handrail. Not sure how you even learn that, and I don’t know of any skateparks with a set up to try it out on. I guess you either go for broke or you don’t go for it all.