There’s a large part of old guy culture that revolves around looking at what younger skaters are doing and saying cliches like, “The kids are alright.” And although I think that’s the cringiest thing someone can utter, after watching Tristan Warren’s latest video, Money Time, I have to say, I think the future of skateboarding is in decent hands.

This video has a little bit of flavor for the old heads and young skaters to enjoy: There’s a hijinx montage, one of the homies gets arrested in Europe, and you get to see footage from Kader, Sunny Suljic, and Skater Pat. Who wouldn’t want to be part of this crew of young legends?

To learn more about the video and what went into making it so rewatchable, we hit up the creator, Tristan Warren. We also sent our friend Deen Babakhyi to shoot some photos and capture the chaos from the premiere party. 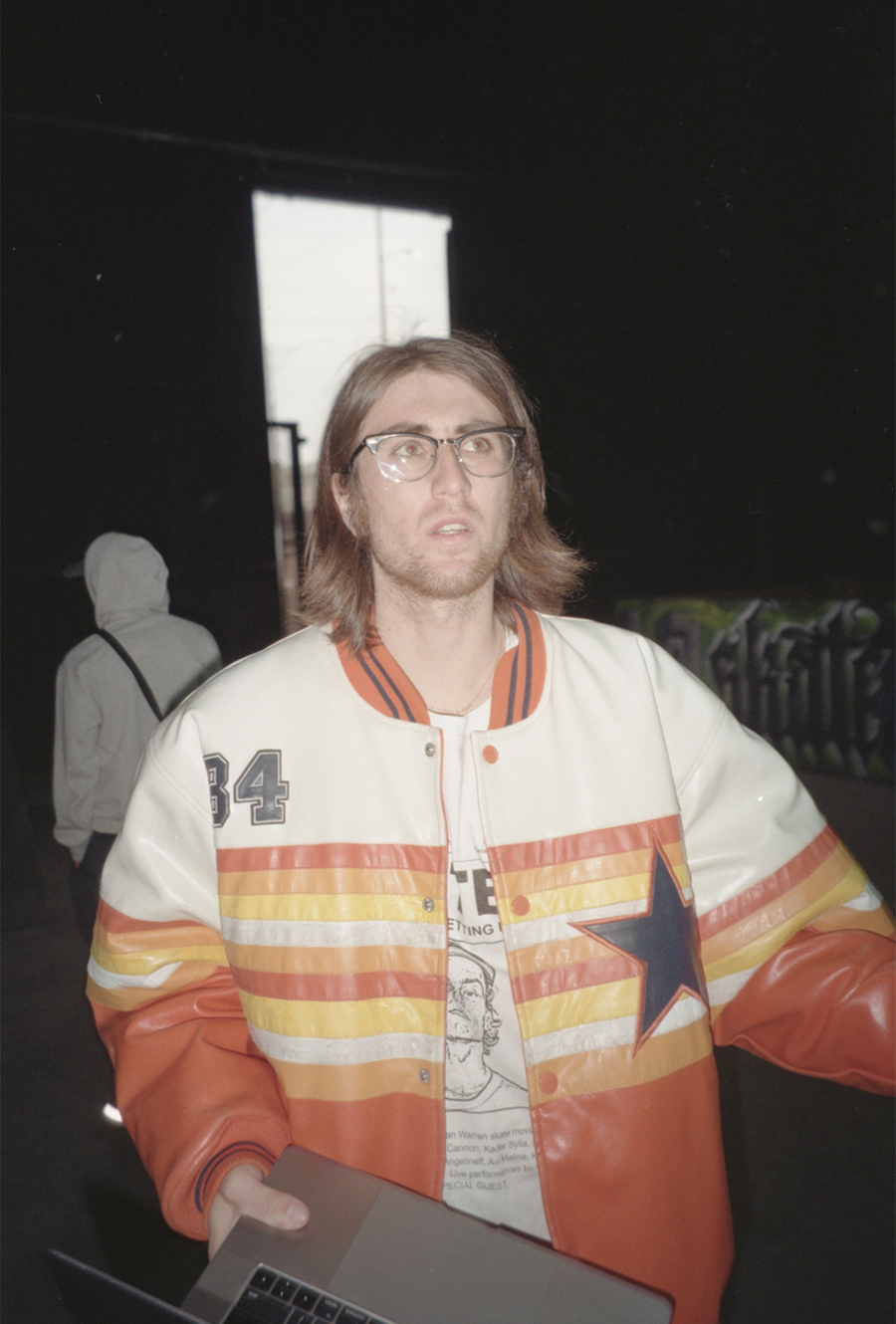 You get a lot of footage of random people on the streets, do you search that out or do you just keep the camera rolling at all times?
I keep the camera rolling at all times. When you don’t, you miss GOLD. I have missed a lot of crazy jinx in the past either because the jinx was happening too fast, the JinxPro (GoPro) was dead, or I got the pro slapped out of my hand. I’ve seen a lot of crazy shit.

What’s the JinxPro and where did that name come from?
I just started calling the GoPro the JinxPro because I was capturing so much hijinx on it. It’s the best camera, it is so small you can just take it out whenever something crazy is happening. I keep the JinxPro in my left pocket at all times, always gotta be ready.

There’s a clip you used as a promo for the video of people robbing a store, did you steal anything for yourself?
That was during the LA riots. I don’t steal, never have never will. I had to capture that insane moment in history. I kept the camera rolling the whole time and stood out the way. 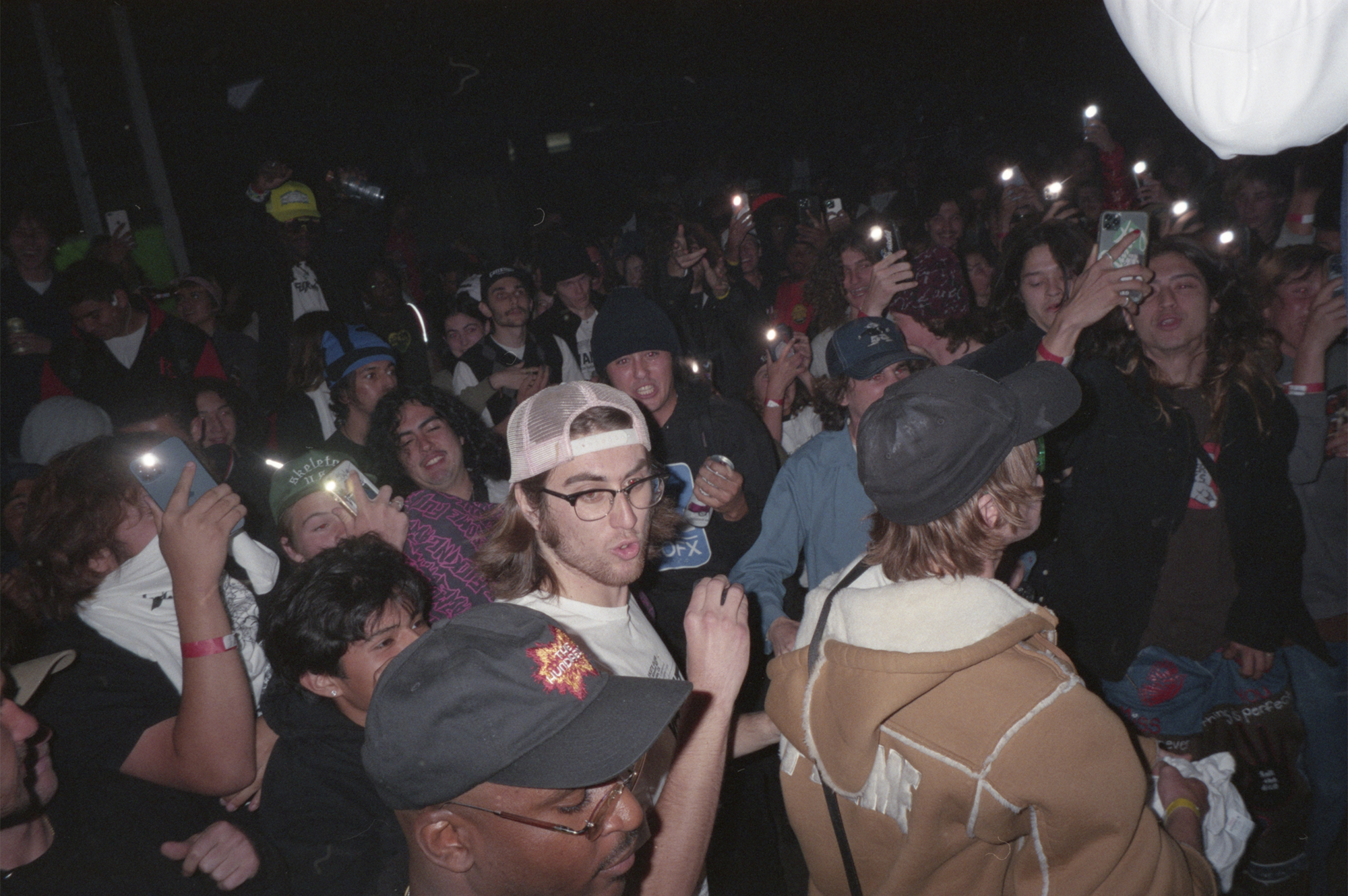 How close have you been to getting beat up because you were filming a random person?
That always happens. I’m just always aware of my surroundings because you never know when someone will try to snatch the camera or kick you or some shit. I’m always looking around at all times.

Do you understand why some people get pissed at you?
Yes, I understand, but everyone nowadays is always filming with their phone or being filmed by security cameras or other cameras not visible to the naked eye, so I feel like I’m in the right. I’m just documenting what I see and If someone doesn’t want me to film them, I’ll point the camera somewhere else.

When I was 11 I was out filming in downtown LA on Go Skateboarding Day and we ended up skating in this schoolyard. I was filming a line with my brother, Katsuya, and other skaters going back to back. Another group of skaters that we didn’t know was just spectating the schoolyard throughout the afternoon. Towards sundown, I was filming Katsuya getting his last tries in and this kid with one braid pulled up on me and said, “Could I film you on my phone?” I said, “Yeah, for sure.” So Kat and I are trying the line and this kid out of the corner of my eye filming on his phone jumps on top of me and takes the T4I straight out of my hands.

It happened so fast, I was so stunned I just watched him take it, dip out of the school and hop a fence with the camera in his hands. Katsuya and the other homie chased him but he dipped out too fast. I never saw the camera again but since that day I’ll never let anyone finesse my camera ever again. I’m really thankful that happened to me. I learned a big lesson. 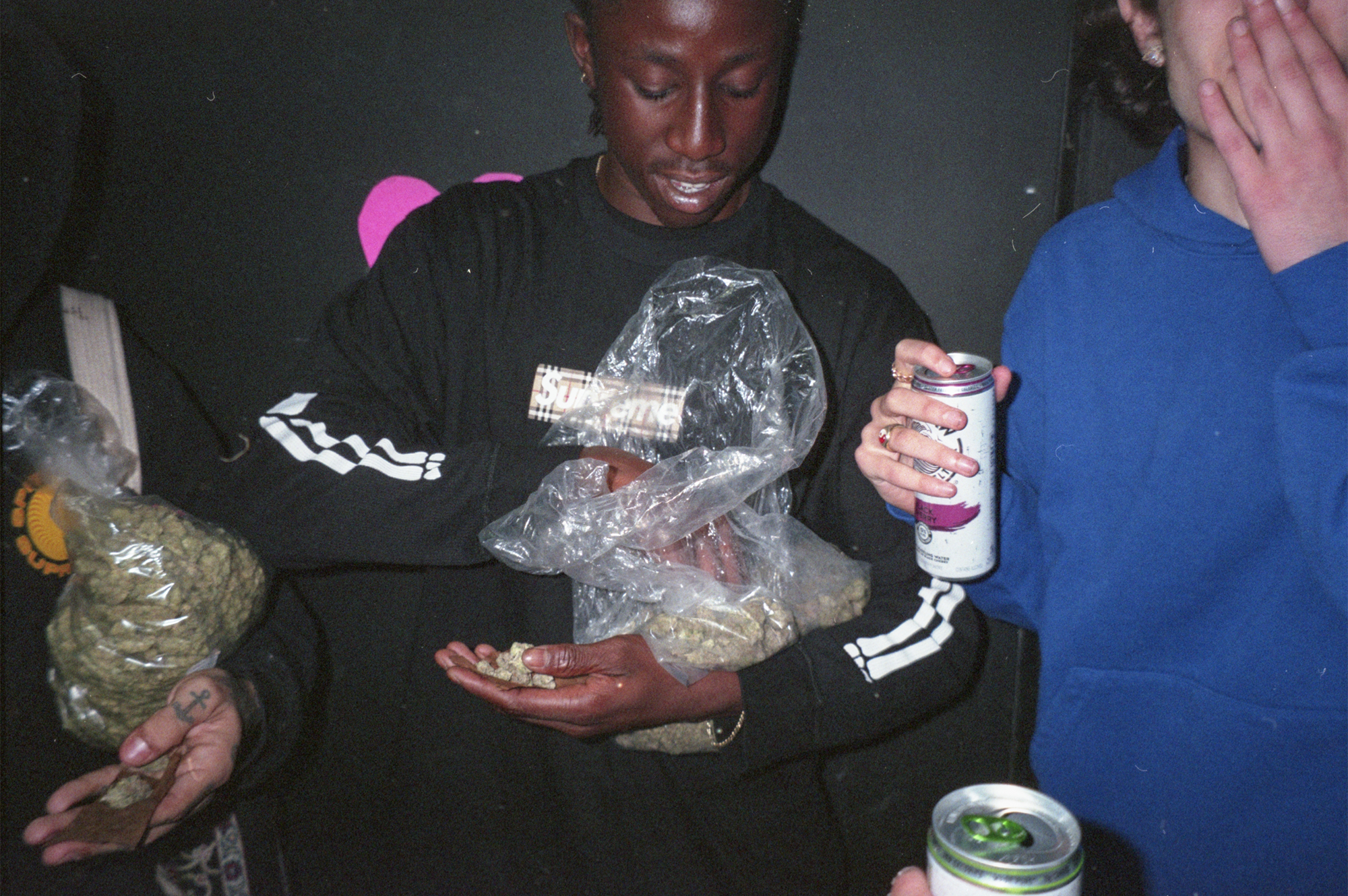 The dude who has first part in the video takes a lot of slams. Do you worry about him?
I do worry about OC [O’Connor Nelson] sometimes, but he’s such a G so he runs these tricks, gets broke, and gets right up. No one else does it like him, he’s one of a kind. OC; a young legend in the making.

Is he a masochist?
[Laughs] No, he hates eating shit.

Slam clips are just as good as regular clips, right?
Yeah, slam clips are amazing. They show how gnarly the skater is. OC is a different breed he gets the craziest slam clips and bangers.

If you’re not filming what are you doing with your time?
Either editing, expanding my mind, watching movies, kicking it with the homies, biking around LA, hanging with my girl, and always trying to live as wavy as possible.

Have you been making any money off of filming?
Yes, I have been filming for Adidas with Kader and they have been paying me really well. Much love to Adidas. I can’t wait to do more with them.

What else do you do for work?
I have been helping my dad out with his plastic business, Santa Monica Plastics, and I have been filming other stuff besides skating. I met my guy Kerwin Frost and we made some videos for these events he had in Long Beach and in New York. We also made a video for the Kanye and Drake Free Hoover concert. It was insane filming Kanye, definitely a once-in-a-lifetime experience.

I want to film everything. Skating first, but filming other stuff outside of skating is what I want to do as well, and learn from new experiences. 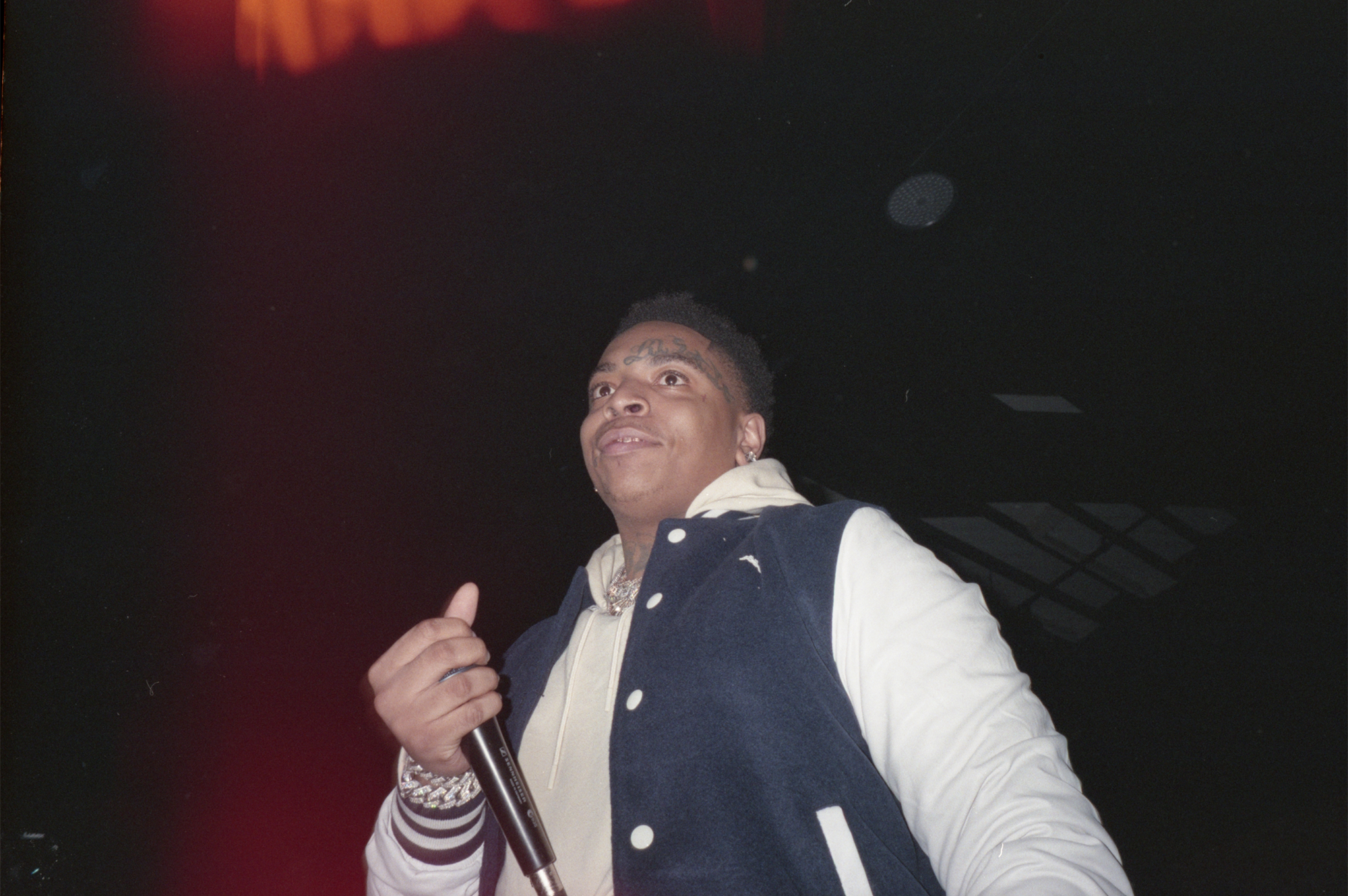 Who are some filmmakers that you look up to and take inspiration from?
I really look up to the Safdie Brothers. The way they can tell a story is crazy, all of their movies are very inspiring. [Quentin] Tarantino because he takes everything from all types of movies and puts it all into one. I want to make a movie one day and have everything I’ve learned or seen from all the best directors and take that knowledge and make my own movie and tell my story.

When you’re filming Sunny Suljic do people ever recognize him and try to talk to him?
Yeah, Sunny is a young legend. He takes flicks with everyone and shows them love.

Does making skate videos ever help you get girls?
I have a girlfriend, I hope that when I first showed her my videos it made her more attracted to me. 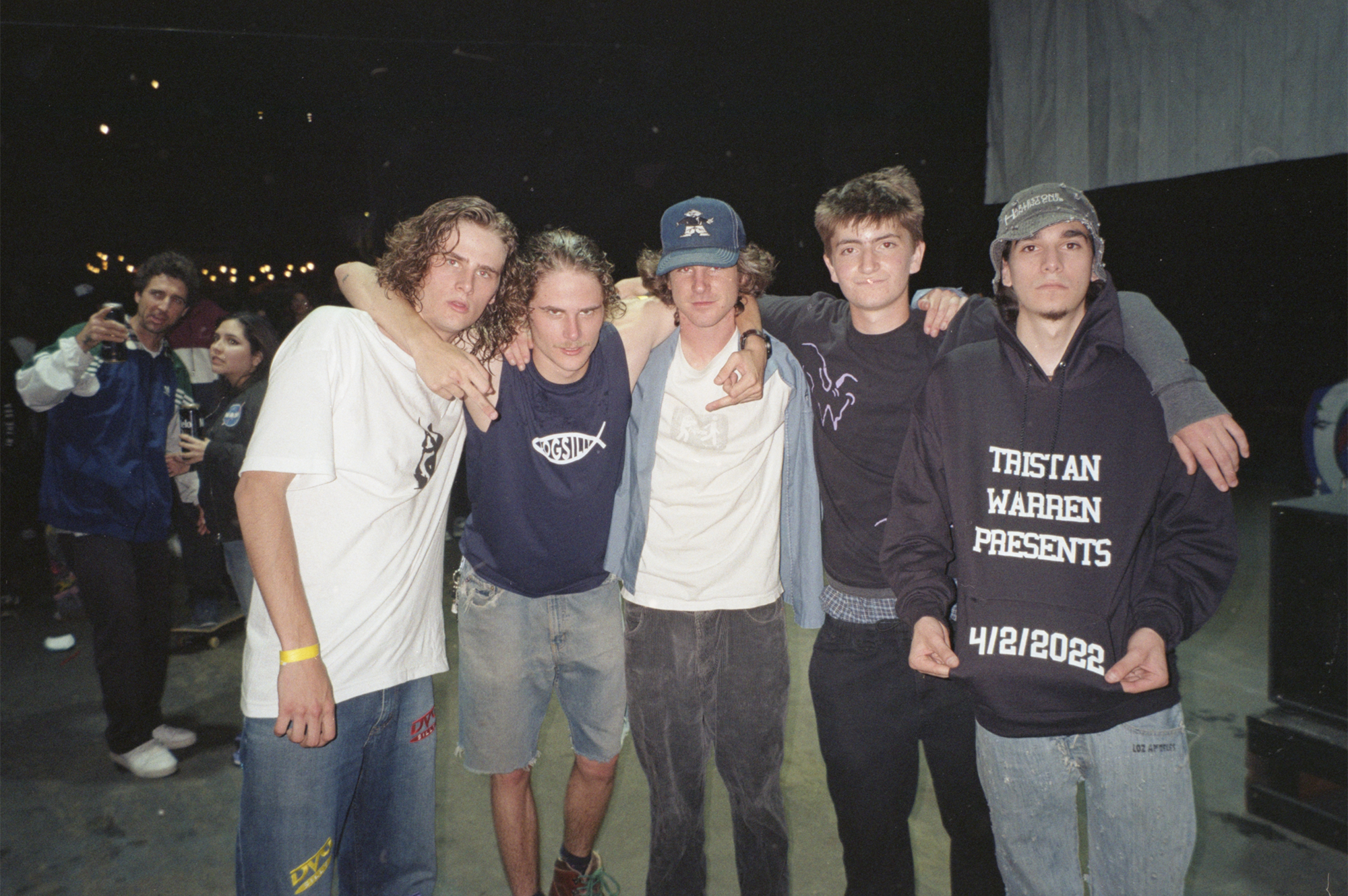 Because you guys are skating LA spots that have been in the center of the skate universe for decades, are you ever concerned with ABDs?
Yeah, that’s why we try to skate spots that have never been skated. It’s just hard because, in LA, almost every spot is hit. I spend a lot of time searching out new spots. I usually just get on my bicycle and ride around.

How would you describe the vibe of California skating to someone who doesn’t live in California?
Skating in LA is really relaxing, the weather is always so nice, you never have to worry about rain or it being cold. That is the upside to skating in California. As I said, a lot of the spots have been killed off which sucks, but there are a lot more spots out here that haven’t been touched.

Everyone has a really good vibe out here too, a lot of homies and a lot of love. If you want to come to California to skate, definitely come out here and see what it’s like, some people like it and some don’t.

What would you say to people who claim LA is fake as hell?
I say, “Have a good one,” and duce a luce to you. LA is wavy and pretty money if you ask me.