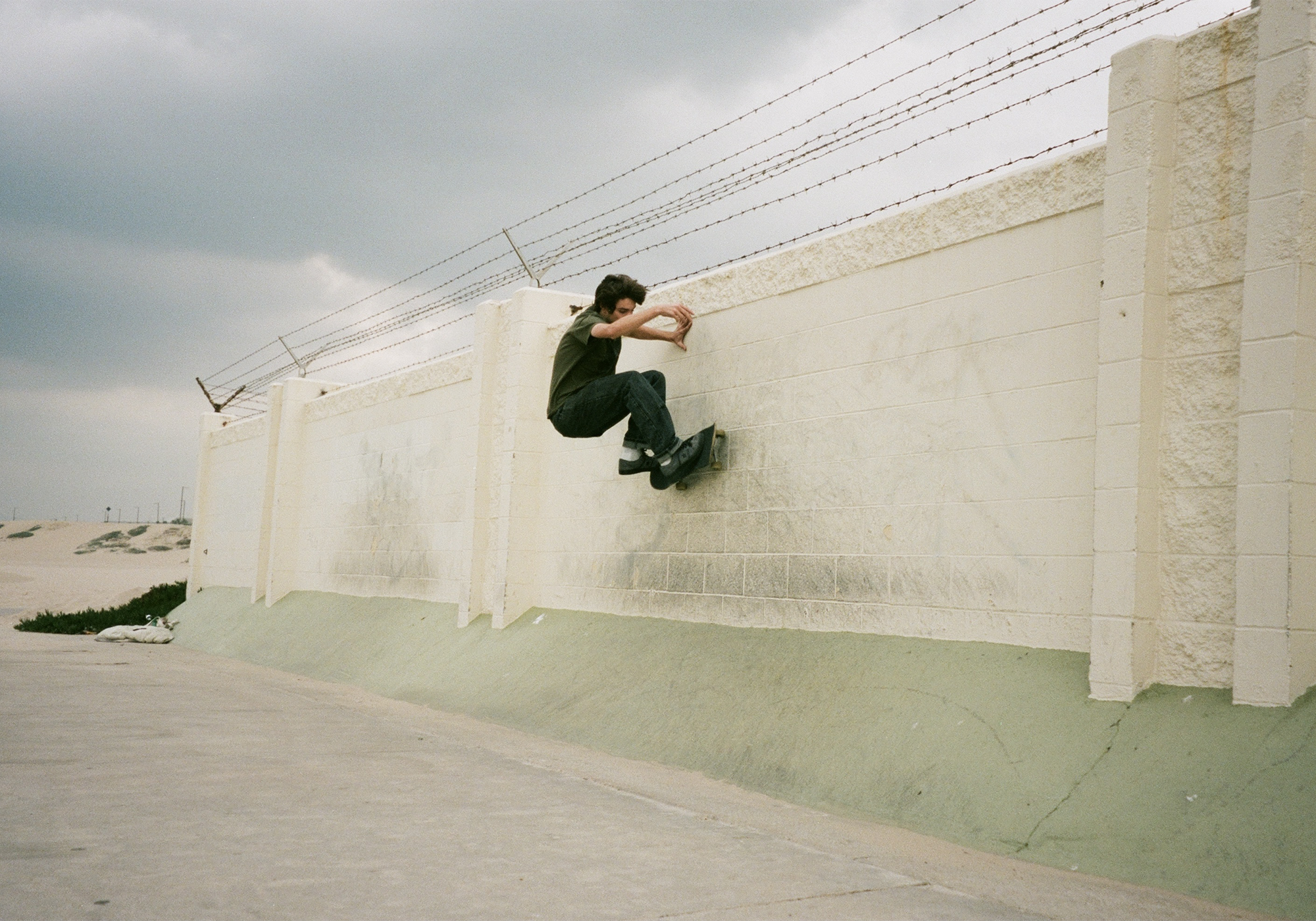 The great philosopher Lindsay Lohan once said, “Say ‘no’ more than ‘yes,’ and just make sure you surround yourself with good people.” Although I’m not too sure about Shane Farber’s yes to no ratio, I do know that he’s living life by the latter piece of Lindsay’s advice. Since moving to LA, he’s been surrounded by two of the best skaters in the world – Louie Lopez and Mason Silva – and it’s clearly been paying off.

Since joining the crew his style has grown beyond that of a normal 21-year-old. It’s more refined in a way where you can see that his tricks and the spots he skates are envisioned beforehand. It’s like watching a young Jake Johnson do tricks that most skaters at the time didn’t do simply because they couldn’t think of doing them.

​​If you’re not familiar with Shane, his introduction to Converse part is a perfect place for you to start. And if you want to know more, we came up with 16 things to learn about up-and-coming kid from Atlanta.

1. SHANE HAD A MINI RAMP AT HIS BAR MITZVAH

“My parents got a mini ramp put into the ballroom of a hotel or whatever and then we just had a ton of friends there and we all skated the mini ramp at the hotel. There’s a video up on the Widdip channel.”

“I went on a trip to California with my dad and we ended up skating at Blackbox [Zero’s former distribution]. On that trip, I kickflipped the 12 stair at Hollywood High and they were down to start giving my stuff from there. So funny.

My dad works for AT&T, so on that same trip to California, Manny Santiago and P-Rod were doing an AT&T commercial and I got to go to that. Manny was super nice and he brought me and my dad to The Berrics, and he gave me his phone number.

When I got home, my friends were like, ‘You have Manny Santiago’s phone number?’ They told me to call him, so I did and he answers ‘Yo what’s up, Shane?’ I ask, ‘How are you?’ ‘Just editing a video…’ Then, I hung up. I was so embarrassed. I probably made him regret giving me his number in the first place.” 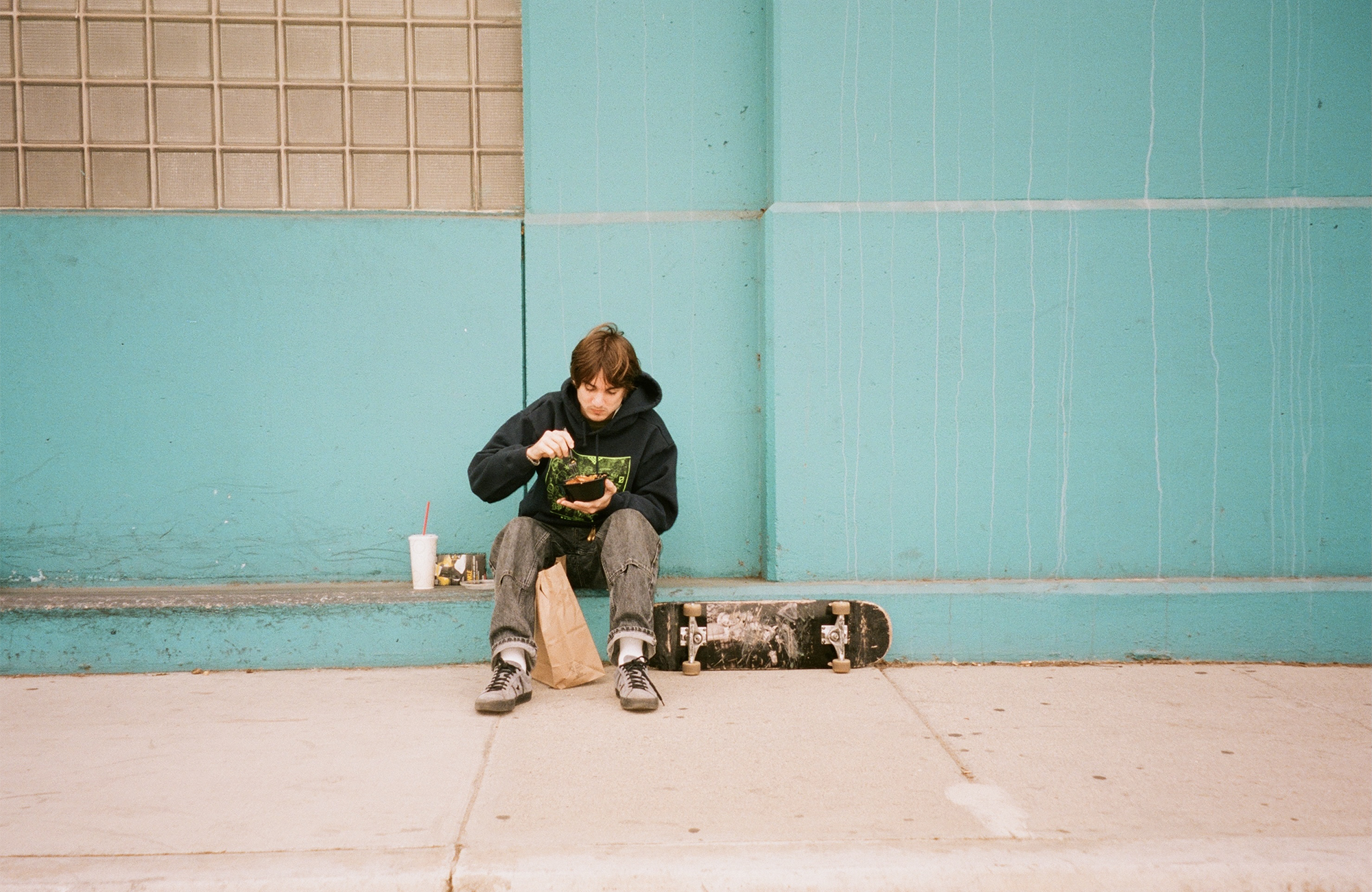 “I tore my labrum in both of my hips. I also skated with my right one torn for about a year or so, which probably wasn’t the best thing.

I got surgery on my right one on February 25, 2020, and then I got my left one done on May 5, 2020. That was the only time in history that I could’ve gotten two surgeries and not missed anything because it was right at the beginning of lockdown. I didn’t miss any trips or anything which was crazy.”

4. HE’S ALSO HAD SURGERY ON HIS FACE

“I was born two months early, so I had hemangioma mixed with a lymph hemangioma in my left cheek. It wasn’t really a surgery – it was a procedure. They put me down – or put me under [laughs] – and they injected me with three shots of almost 100% alcohol or something like that. They didn’t really tell me in detail how much my face was going to swell up after that, and when I woke up my face was getting insanely swollen. My parents were trying so hard to act like they weren’t freaking out. I went skating a week later and it was all swollen. I filmed and shot photos like that.

The reason I got the procedure was that before that any time I laughed, cried, skated, or went upside down, my cheek would get really fat because of the blood vessels pumping. Now when you look at my face that side is bigger than my right cheek, my left cheek is bigger, but it doesn’t really swell up anywhere near it used to.” 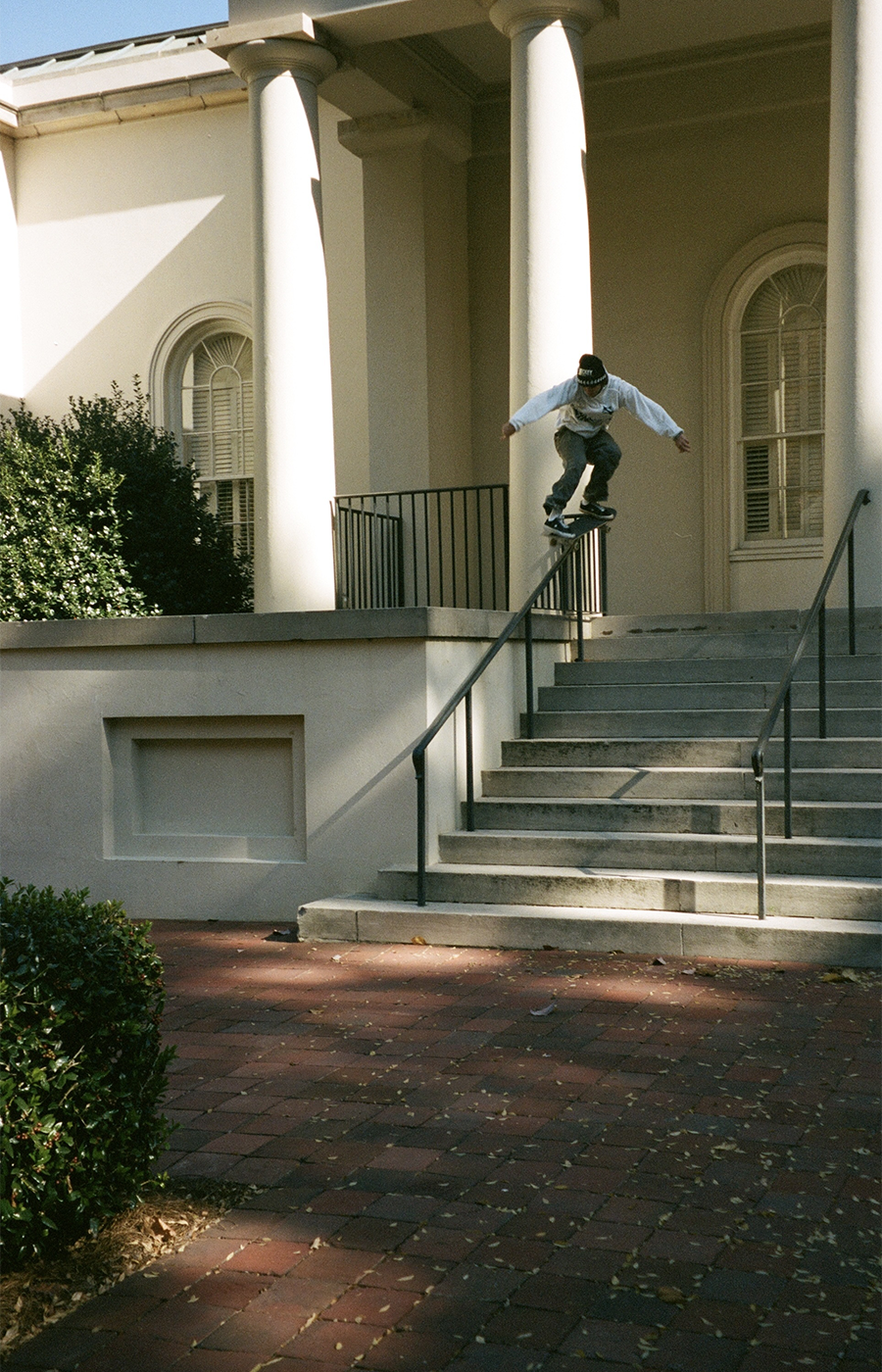 5. HE WAS THE YOUNGEST OF THE CREW THAT RAISED HIM

“I was 12, when I met Grayson Miller, the dude who runs Widdip. I got used to being the youngest pretty fast. Greyson and all of them definitely helped shape me because all we’d do is film, skate, and hang out. Through filming with him I learned what was a better trick to do, how to put a line together, and stuff like that.

I remember some quotes he would tell me when he was sober – ‘Smoke cigarettes and not weed,’ but now he smokes weed a lot [laughs]. I bet he still smokes cigs too. He’d also told me that ‘Brushing your teeth is wack.'”

6. THERE WAS ONE TRICK ON BELL SOUTH THAT HE COULDN’T LAND BEFORE IT CLOSED

“There’s definitely one trick that I wanted to do for years at Bell South. I was trying to go really slow for the eight stair wallride then curve and hit the five stair wallride directly after, but I couldn’t really get back to the five in time.

There’s a ton of security now. There’s like grass in front of the walls and most of the stuff is rearranged. The back is still skateable but they added mulch over the concrete bank, more of just like a hill. There’s nothing at all in LA that comes close to Bell South.” 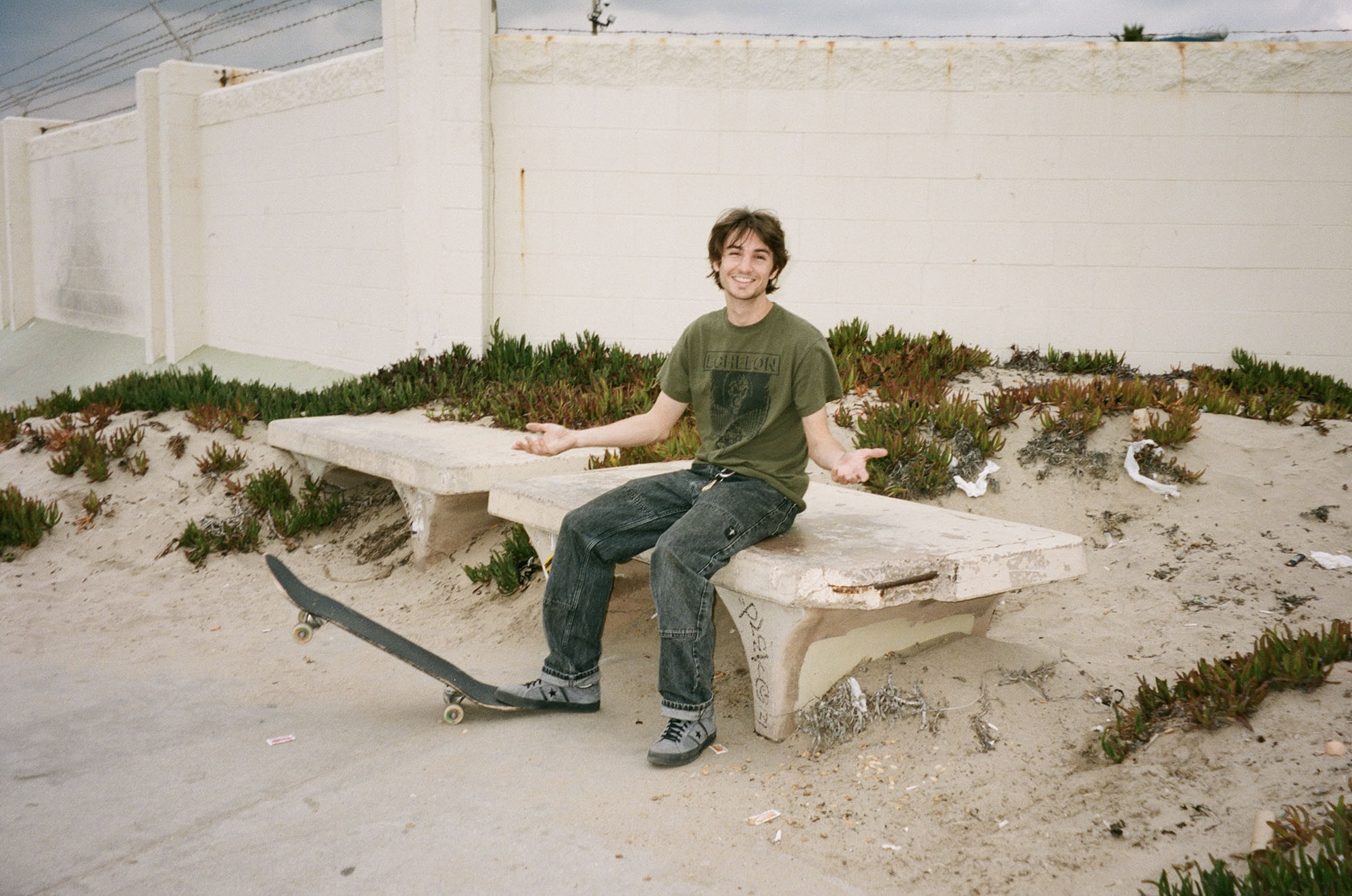 “Back home in Atlanta, when I wasn’t trying to get a trick, I would just film clips of my friends. These days, I always bring my camera out when I go skating with Ryan [Lee], so if I’m not going to skate the spot rather than just sit there, I’ll film an extra angle. In 2017 I got an HPX but I don’t have the Extreme fisheye. I just use a different fisheye and scale it in to make it look like the Extreme [laughs].”

8. HE HAD TWO CAMERAS STOLEN AT THE SAME TIME

“When I was super young I had a VX1 with an MK1 and a DVX 100B in a backpack. I had just front shuved this 11 stair which was one of the scariest tricks I had done at that time. Afterwards, I was at the skatepark and wouldn’t leave my bag’s alone because I knew the tapes had the clip.

I asked my friend, ‘Yo, can I put this in your car’ and he was like, ‘We’re about to leave, just wait around a sec.’ So I skated around for a bit and I kept peeking back at it. All of a sudden I looked over and I didn’t see it. It all got stolen. I lost all of that and I lost the clip. I lost everything!” 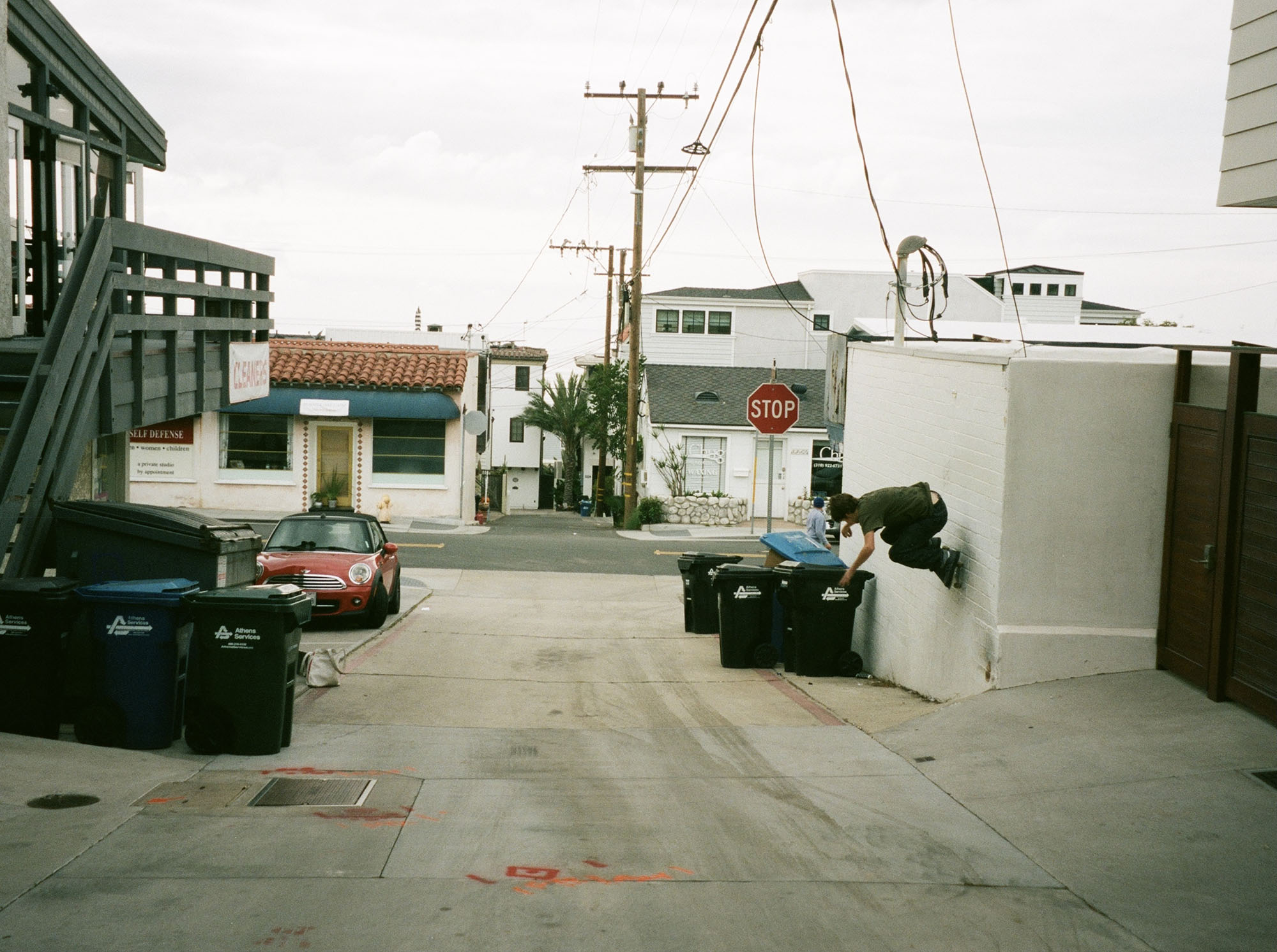 “I just got a VR headset. In this VR game there’s a really fun plank you can walk out onto. You set how long and how wide the plank is and you go into an elevator and you’re in a city and then you go up and the elevator doors open and there’s a plank that goes out over the drop. You’ll show it to your friends and their first reaction is like, “Dude, I literally can not do this.” Their legs start to shake, because it feels so real. It’s so fun.

There’s also a game called Drunken Bar Fight where you go into a bar and fight people and you can pick up people and throw them at other people. You can drink beers and your vision gets all blurry. It’s pretty addicting.”

“I had Thai food for the first time when the Converse team stopped in Atlanta for a trip. Since, I’ve gotten the same thing from any Thai restaurant – pad see ew with fried tofu. I loved it. I think that was four years ago.

But, I definitely love the Cheeto Mac and Cheese. I eat that a lot. I haven’t had Nesquick chocolate mild in a while but that was definitely a top choice of mine a couple of years ago.” 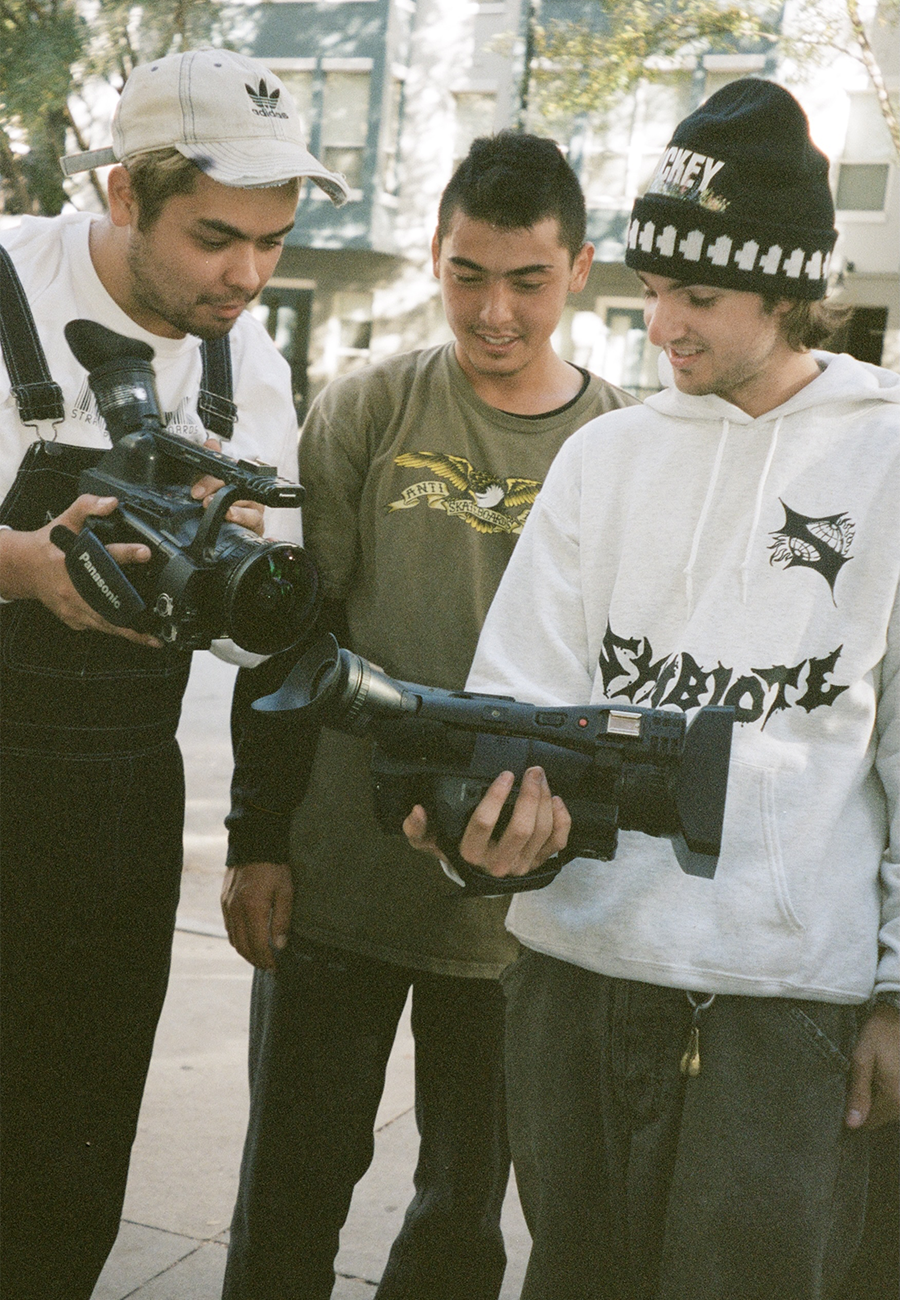 11. HE BELIEVES IN ALIENS

“I believe in aliens but it’s not like I have an image of them in my head. How small we are in the universe, like Earth in the Milky Way or whatever, there’s so much that we’ll never be able to get to. Like black holes. The weirdest thing in the entire universe is a black hole. They’re so interesting. There’s definitely other stuff alive out yonder. To think we’re the only things alive would be crazy. It would suck if we were the only things.

Black holes, dude. You can’t know anything about them because you can’t get close to them. It’s insane to think about black holes and if there are alternate realities and universes. That’s something I’d be interested in learning about school-wise. Space or black holes.”

12. BUT HE WAS SKEPTICAL ABOUT THE THE TOOTH FAIRY

“I don’t know if I believed in the tooth fairy or not. I was always happy to get a little bit of money under my pillow, but I’m trying to remember if I really thought that someone, that was not my mom, was putting money under my bed? I don’t know. I remember I swallowed a tooth one time on accident. I was so bummed.” 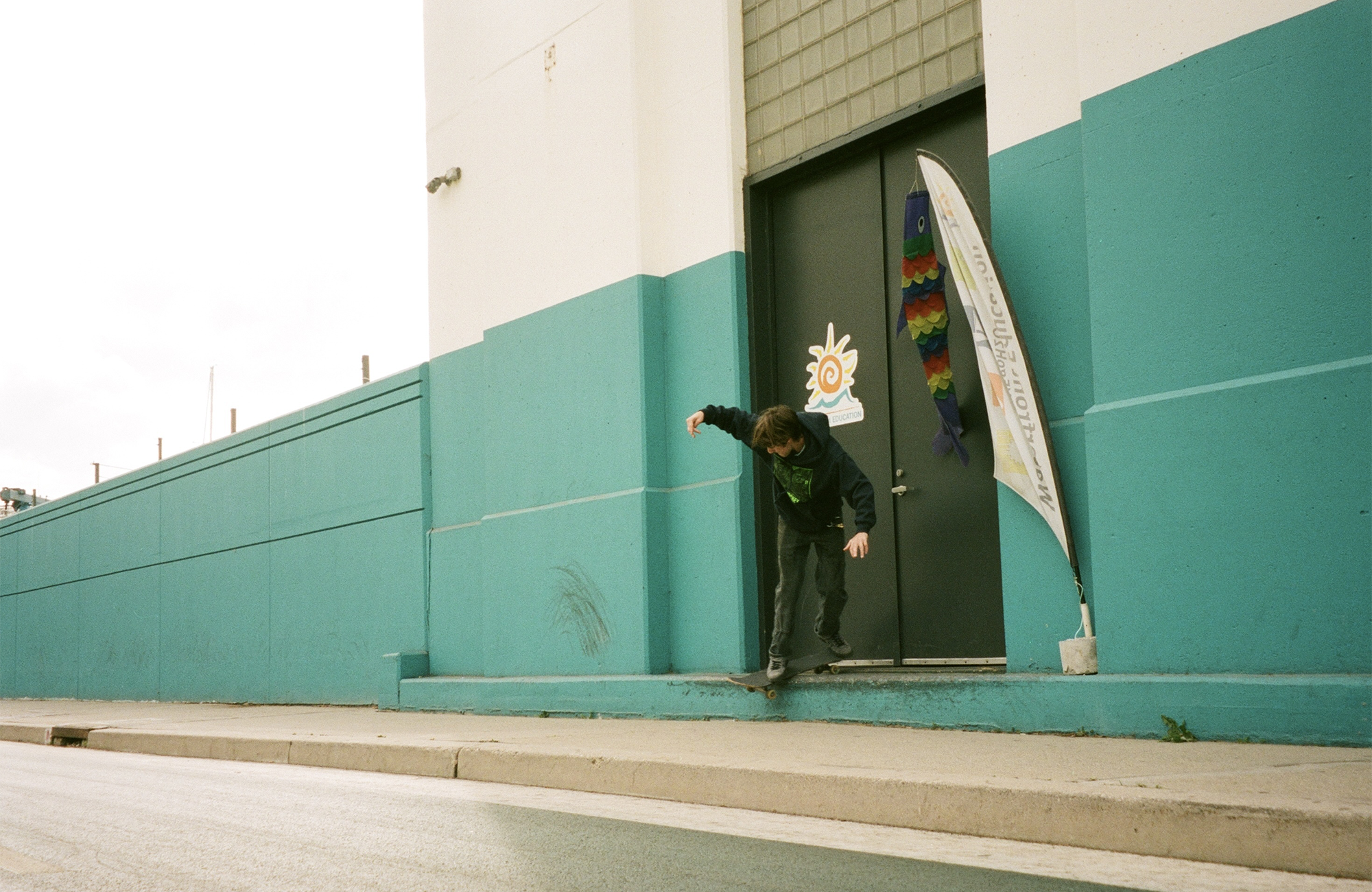 13. HE FUCKS WITH AMY WINEHOUSE

“There were like at least two of my parts where Grayson [filmer & editor] used her songs and it always came out cool. I was like 15 the first time he used one of her songs for my part. That’s probably when I found out about her. I really like her music.”

14. HE GOT MESSED UP AT A GORILLA BISCUITS SHOW

“I saw Negative Approach and Gorilla Biscuits in New York. I jumped off the stage that night and I thought I broke my back. I couldn’t even walk. It happened during the second song into Gorilla Biscuits [laughs].

Everyone moved at the last second, which is pretty classic. I was like the last person in the venue because I couldn’t walk out. It was really hard to get into the Uber with my friends and up the stairs and into his room. I was hardly able to walk, but when I got back to Atlanta I got semi-checked out. Doctors were feeling around and stuff and there was a certain way I bent that made me yell in pain like a week later. I think I’m pretty much fine now, luckily.” 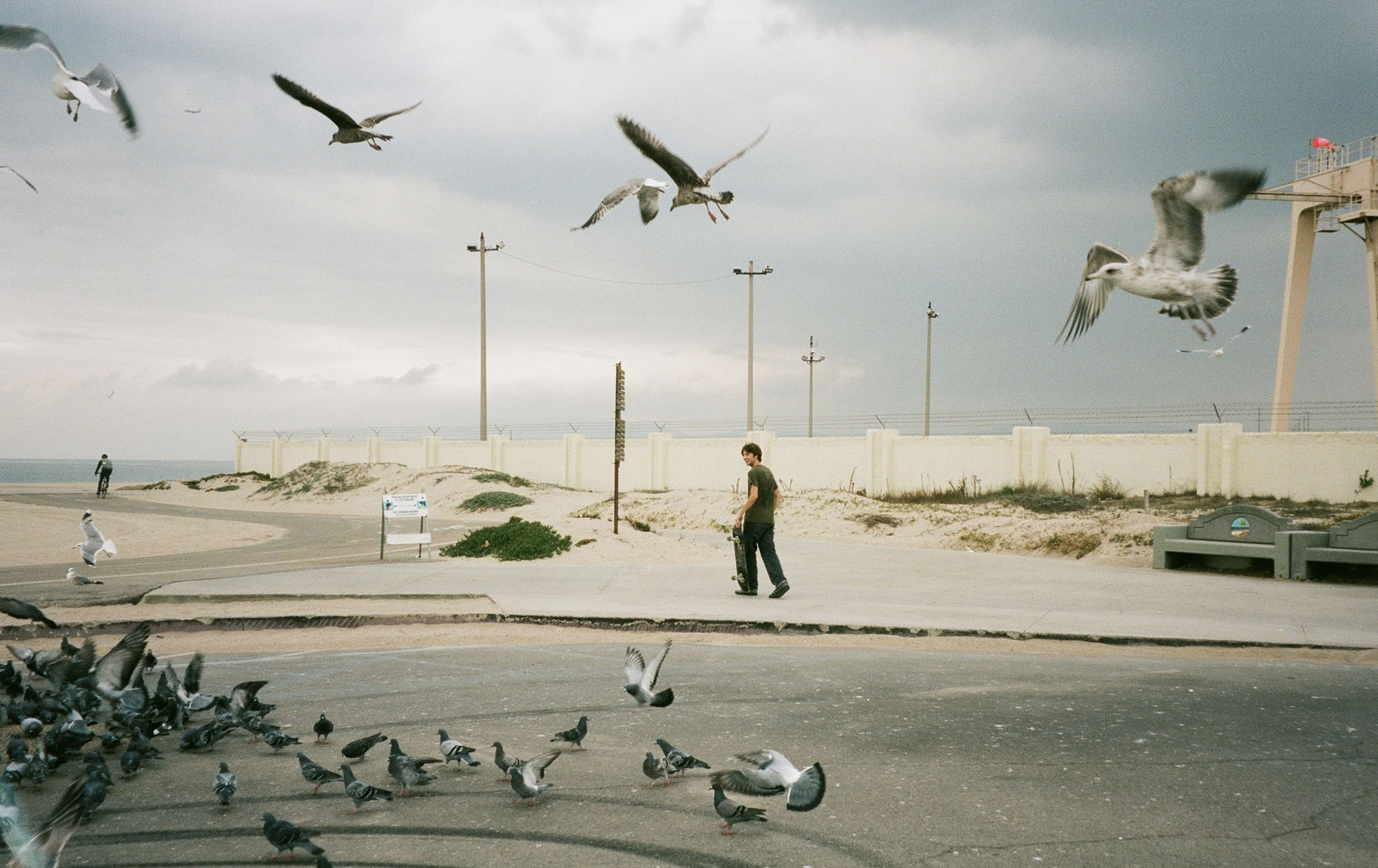 “Converse came to Atlanta when I was like 13 so I commented on Aaron Herrington‘s Instagram and asked if he was in town. Surprisingly, he DM’d me and gave me his number, and told me to come and meet up with them.

So I met all those guys but I didn’t start getting shoes or anything. When I was like 15 I skated a contest and the finals were at the Berrics so I got flown out there. I think a rep commented on my Instagram post about the contest and asked if I got shoes from anyone. I’ve been getting shoes ever since. But I met all of those dudes when I was really little.”

“It’s funny I never felt myself getting burnt on skating, until recently. There was a week when I didn’t film and I just skated skate parks. I learned a bunch of ledge tricks. I realized that when I’m only filming clips all day, there’s a lot of sitting at a spot and I’m not learning anything new. A lot of time I’ll be learning tricks while filming them.

The thing is I didn’t notice myself having a bad time when I was just trying to get clips, it’s just that I didn’t take the time to realize that skating for fun is important. I’ve also been filming my friend which has been kind of fun, too. It’s more mellow, and it feels productive without having to go crazy.”