16 THINGS YOU DIDN’T KNOW ABOUT TRUCKS 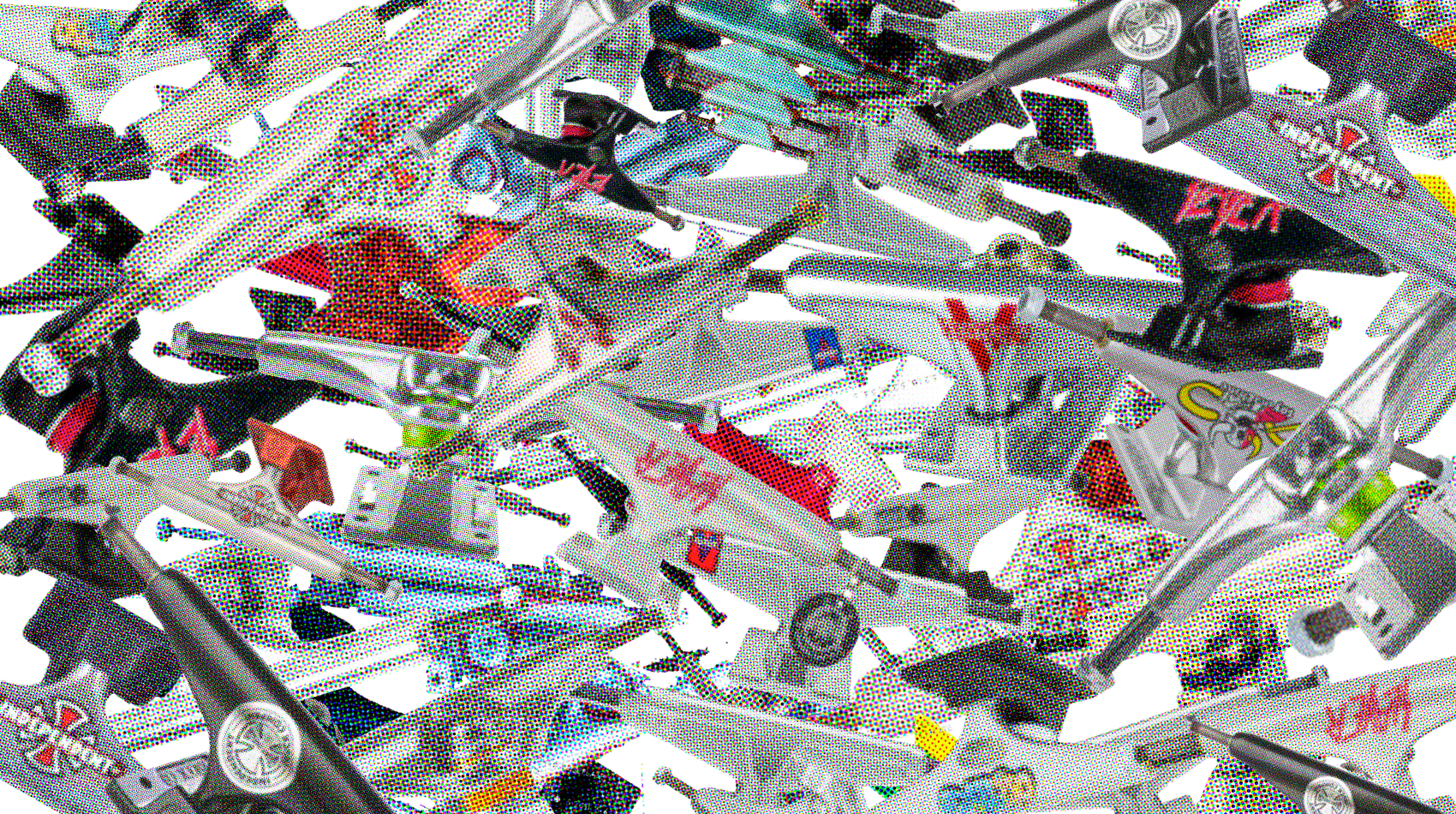 For as long as I have been skateboarding, there have been so many debates over which trucks turn the fastest, which trucks grind the best, and which trucks last the longest. Each brand has their own specialty, and there’s no telling which trucks are truly “the best,” (although there are some that can be definitely be considered the worst).

To get more familiar with the history and intricacies of these old metal contraptions, we put together a list of truck facts that you may not have known or even cared to think about. Hopefully, something is useful here, or at the very least, will help you the next time you play skate trivia.

1. THE SHOP THAT SOLD THE FIRST PAIRS OF TRUCKS IS STILL IN BUSINESS

In 1962 Val Surf in Los Angeles was the first shop to sell trucks with the intent to use them on a skateboard. Ordering trucks and wheels from a roller skate company, they would put together DIY boards with help from students at the local high school.

2. THE RIVALRY BETWEEN THRASHER AND TRANSWORLD IS BASED ON TRUCKS

In 1981, Fausto Vitello, one of the owners of Independent Trucks, founded Thrasher Magazine as a way to promote Independent and other brands. Two years later, Larry Balma, owner of Tracker Trucks, followed suit and launched Transworld Magazine. The two magazines had different views on skating, (“Skate and Destroy” [Thrasher] vs. “Skate and Create” [Transworld]) but were both created to promote their respective truck companies.

Short for “truckle,” which is a “small wheel or roller,” the word truck is derived from the Latin word “trochlea” and Greek “trokhos.” Early trucks were the small wheels upon which a ship’s guns were mounted. The term evolved and became associated with items that carried heavy loads, a hand truck, then eventually with the advent of automobiles, the motor truck like a pickup or a semi.

4. THE KINGPIN GETS ITS NAME FROM BOWLING 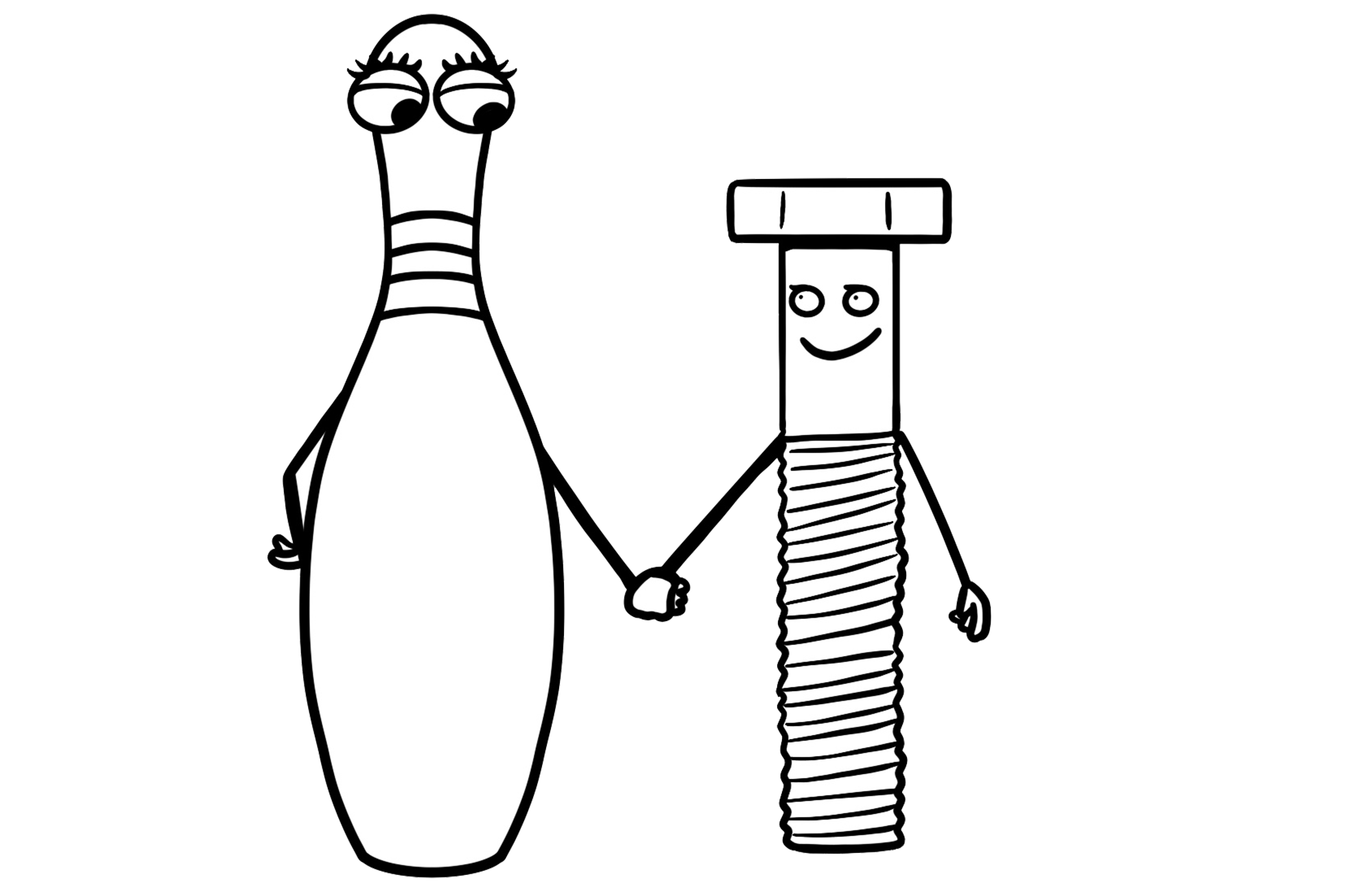 5. VENTURE MADE THE FIRST TRUCKS FOR LEDGE SKATERS

In the late ’80s, street skaters started to realize that when they did noseslides and tailslides they would strip their hardware because it scraped against the ledge. According to @fuckwithyourtrucks (Instagram truck guru), Ocean Howell and Jason Rothmeyer were the first to drill new holes further back in their baseplates so their hardware wouldn’t scrape the ledge. But according to Greg Carroll, when he took over Venture, he claimed that he was the first to make the change to the Trucks.

Regardless of whose idea it was, in 1992, Venture trucks put out an ad in Thrasher showing a new baseplate with a six-hole pattern instead of a four.

6. VENTURES WERE (PROBABLY) THE FIRST TRUCKS TO GRIND A HANDRAIL

In 1988, Tobin Yelland shot the first published photo of Danny Sargent doing a 50-50 on a handrail and he was riding Indys when he did so. A very close second was the iconic Ed Templeton ad, where he was riding Thunders.

However, in Deathbowl to Downtown Eli Gesner claims it was Mark Gonzalez who may have been the first to 50-50 a handrail in 1987. Mark was skating for Venture at the time, so we’re gonna put our money on him.

7. INDEPENDENT WILL REPLACE YOUR TRUCKS FOR FREE

Independent has had a lifetime guarantee on all of their trucks since the very beginning and will honor it to this day. If you aren’t satisfied with your set, you can send them in for a replacement pair. 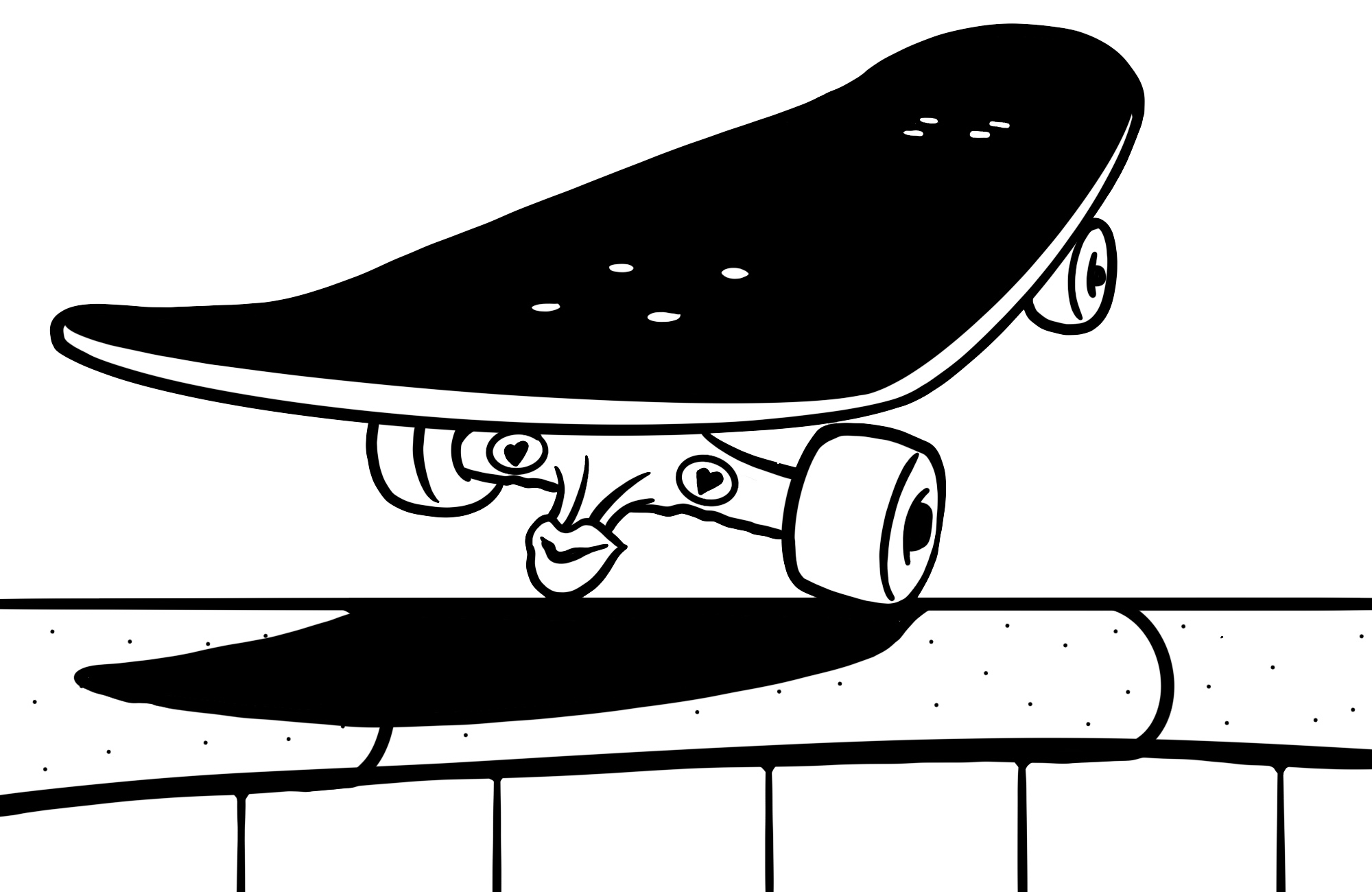 8. OLD STAGES OF INDEPENDENTS ARE HIGHLY SOUGHT AFTER

Over the years Indy has updated its formulas and has released new “stages.” Obviously Stage I’s were the first, and they’re currently at Stage XI. According to Indy’s former brand manager, “We have some team riders that swear by certain stages. Geoff Rowley rides Stage VIIs. Gilbert [Crockett] rides Stage VIIIs.” In 2014 Geoff even put out a call to anyone with Stage VIIs with the original bushings and hardware on them.

Old models are so sought after that there is a pricey secondary market for these aged hunkers.

9. ACE DOESN’T GIVE A FUCK ABOUT COPYRIGHTS

The original Ace truck design is kind of an old Independent design. According to Joey Tershay, founder of Ace, “I worked in the foundry [where Thunders, Ventures, and Indys were made]. So when I got there, I found a giant box of old trucks, like base plates and hangers and from all the stages of Indy, Thunder, Venture, everything… So yeah, Ace was just a natural combination of trial and error with a bunch of different things.”

10. INDEPENDENT HAS BEEN A BESTSELLER SINCE 1978

According to Independent Trucks, Indy accounted for 50% of all skateboarding trucks sold the year of their debut. Today, they are still in the top five sales globally.

11. THERE HAS NEVER BEEN AN INDUSTRY STANDARD FOR TRUCK SIZING

There was a brief period where we could’ve had some consistency when skateboarding was still using roller skate measurements, but the heads at Independent turned that all upside down when they chose to switch to millimeters because they thought it would sound cooler to skaters. 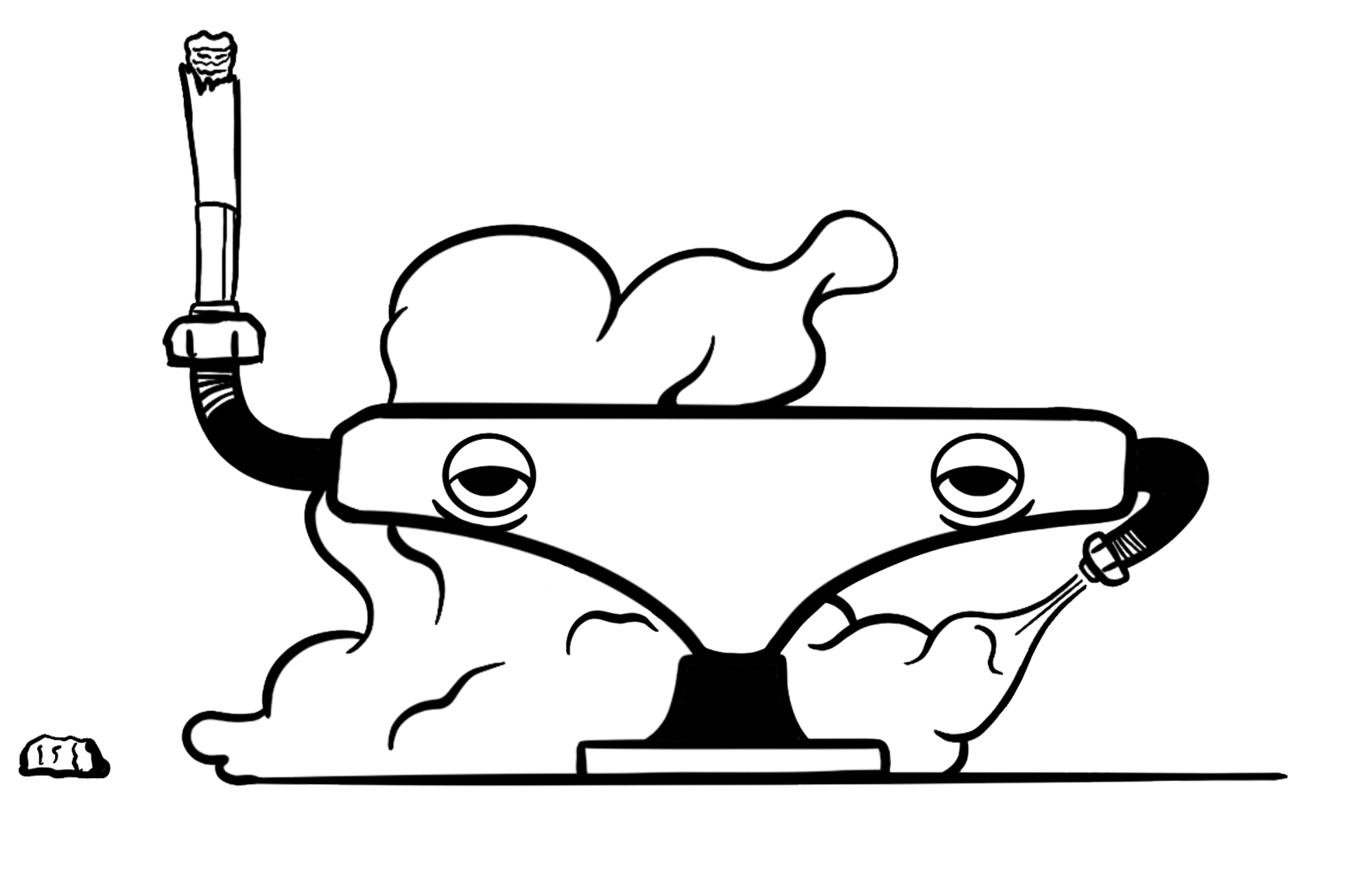 12. PROS WILL RIDE THEIR TRUCKS INTO THE GROUND

Even though they have access to an infinite supply of trucks through sponsors, many pros will ride their pairs until they can’t anymore.

Louie Barletta will hold onto his truck hangers as long as he can and set them up on new baseplates rather than set up entirely new trucks. Some pros have even tossed their board to kids at demos only to find them afterward and ask if they can have their old trucks back in return for some fresh ones.

On the other hand, Tony Hawk probably skates the newest trucks of any pro, as he sets up an entire fresh complete every time he switches boards.

13. SOME PROS GO THROUGH EXTREME LENGTHS TO MESS WITH THEIR TRUCKS

In 2015 Rodney Mullen said that he would tape a bunch of loose ball bearings under his truck to make them heavier. He’s not alone in the gear hackery. Nestor Judkins glues the nut to his kingpin so his trucks can be as loose as possible.

And for reasons not yet known, Tyson Peterson rocks caution tape wrapped around his back truck.

14. YOU CAN SMUGGLE WEED WITH YOUR TRUCKS

There is a hollow area within most truck baseplates. Most of us know it as the mark on your deck when you take the trucks off, but many ‘90s pros know it as the spot to hide weed when flying since the rumor was that X-Ray machines couldn’t see within the metal of the trucks.

15. YOU CAN SMOKE OUT OF SOME OF THEM TOO

If you’re ever at the skatepark with weed and nothing to smoke out of, find someone with a pair of hollow trucks. Their main purpose is to keep your board light, but coincidentally, hollow axels are great makeshift pipes if you’re ever in a pinch.

16. THE SLAPPY WAS INVENTED IN A SKATEPARK PARKING LOT

John Lucero invented the slappy after being kicked out of Del Mar Skatepark. Good thing too, because instead of going home, he and his friends hung out and ended up inventing a trick that is now entertaining 40-something skate dads to no conceivable end.

Words by: Christian Senrud & Larry Lanza
Illustrations by: Pat Sison
Header collage: Wilson Lucas
Sources: “On a Day With No Wave – A Chronical of Skateboarding” by Raphaël Zarka
Share this with a truck driver on Facebook
Report this as too tight on Instagram and Twitter