16 THINGS YOU DIDN’T KNOW ABOUT ETNIES 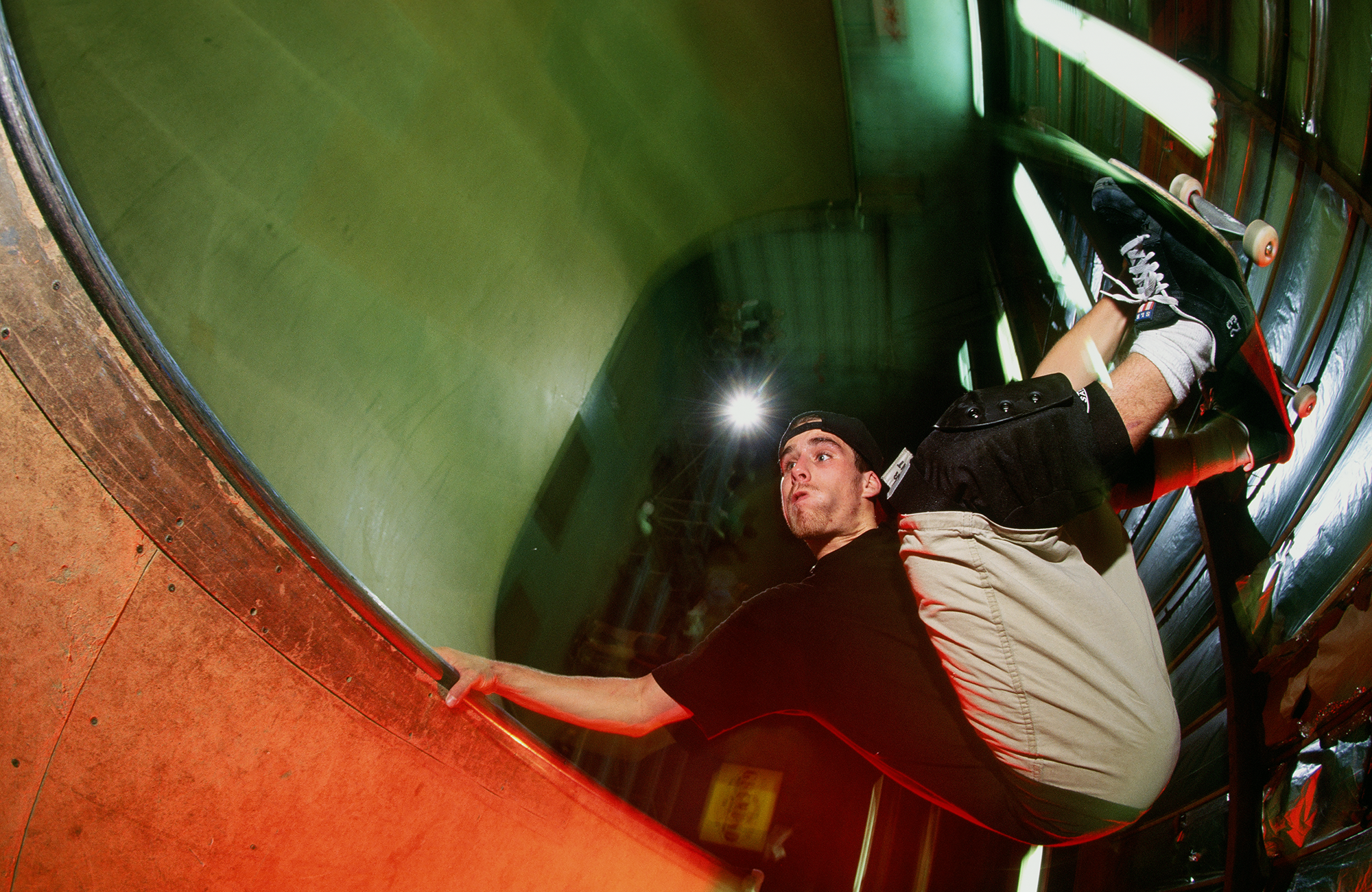 It’s hard to believe that there are things that we still don’t already know about a brand that’s been around for decades – especially a brand that kind of shaped what the skate shoe industry would become. In this case, we’re talking about the company that sponsored almost every ’90s legend, created the undisputed mall rat shoe, and has been involved in skateboarding since before you were born – Etnies.

To celebrate their 35th anniversary, we dug up some rare factoids that even the biggest skate nerd in your group chat might not know about. 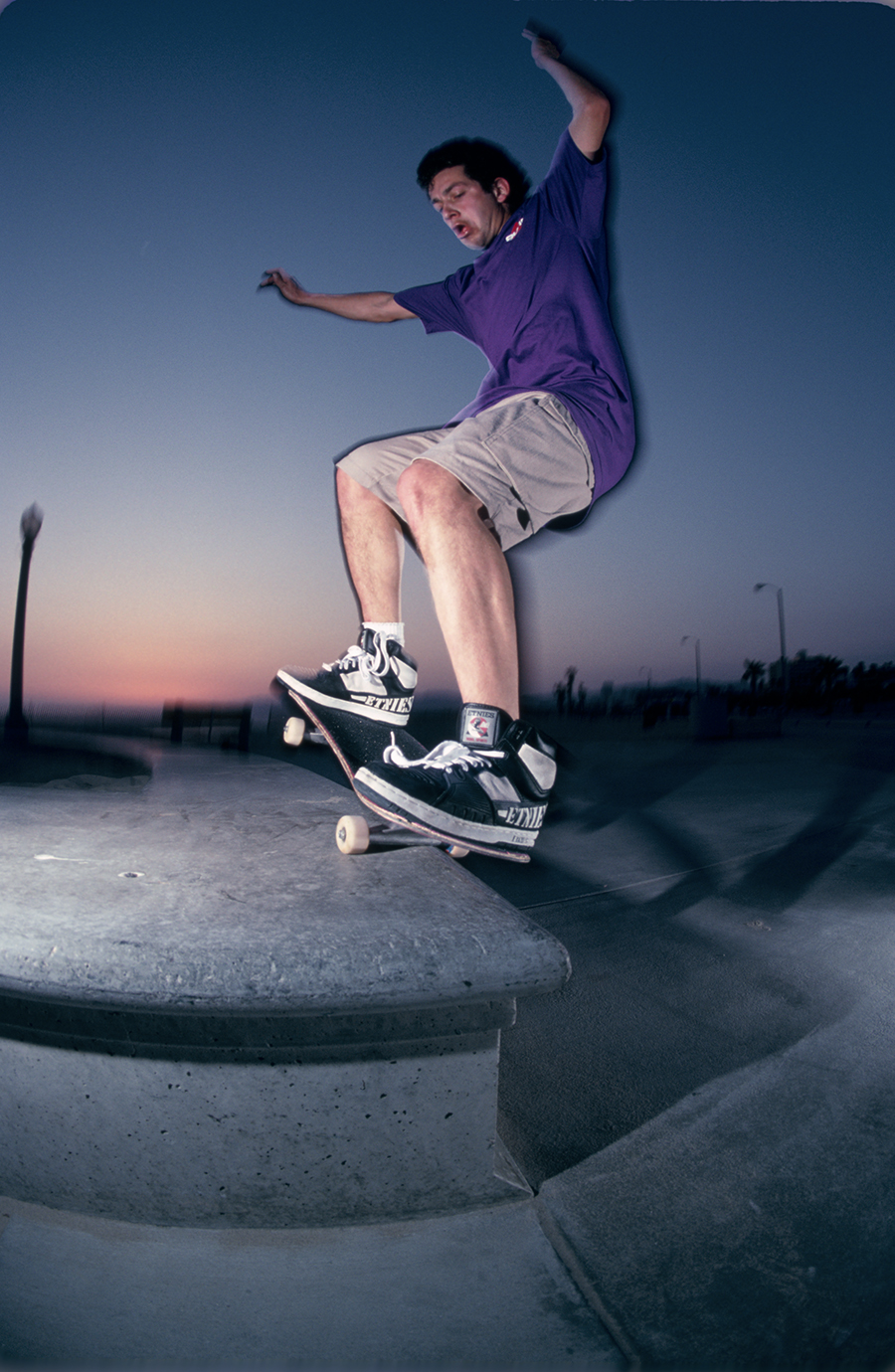 1. Etnies was not the original name

The brand was initially called Etnics, inspired by the idea of an ethnic tribe since skaters were traveling the world looking for places to skate. Another brand with a similar name, Etonic footwear felt the name was too close and sent a cease and desist letter so they changed it to Etnies.

2. The Callicut is the best selling Etnies model of all time

During the 2000s, X-Games, Tony Hawk, and stars like Avril Lavigne helped push the Callicut into the mainstream. Although the shoe has become the butt of jokes, it created opportunity for Etnies to further expand and invest in things like the Etnies skatepark, STI lab, traveling, videos, etc. 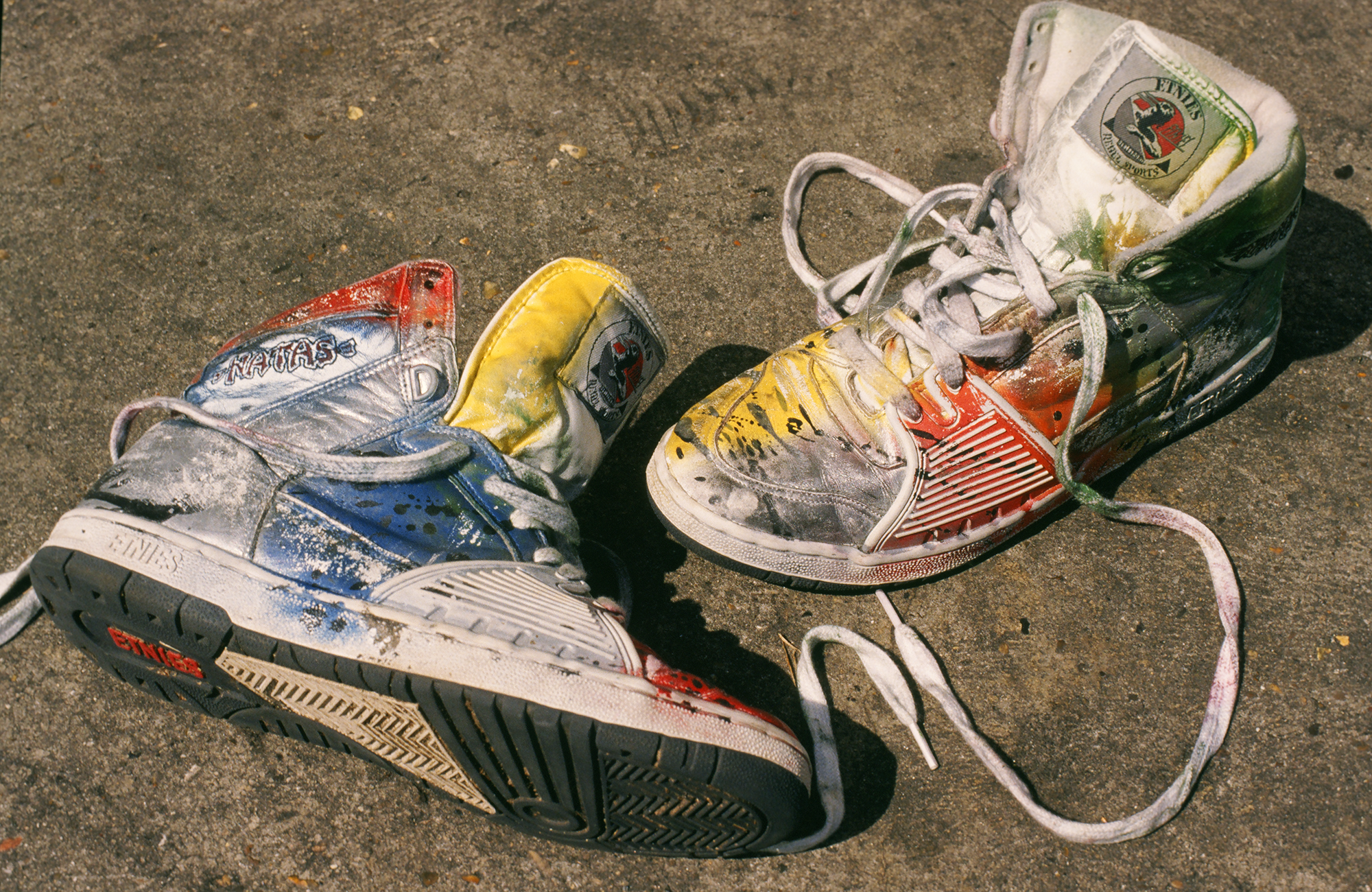 3. Some skateshops were scared to carry Natas’ Etnies shoe

Etnies created the first pro-model skate shoe, the NATAS. Some religious skateshops were hesitant to stock it because they thought he could be affiliated with the devil as Natas spelled backwards spells Satan.

4. Etnies attempted to do a collab with Nike & Adidas

Don Brown, marketing for Sole Technology [owner of Etnies, eS, Emerica] claims, “Yeah I hit them up… It’s funny whenever I talked to the Nike SB skate side of things they’re all like, ‘Fuck yeah! Let’s do a collab. That sounds rad,’ but as soon as the idea would travel one layer up the pipeline to the non-skate crew, they’re like fuck that.

5. Many of your favorite pros could have skated in moldy shoes

Almost the whole first shipment of Etnies “Rap” model shoes became moldy when moisture got into the shipping container. Many of the Etnies shoes worn in the early 90’s in videos by top pros were hand brushed and sprayed with Lysol to remove mold, and shipped to team riders like Rodney Mullen, Daewon Song, and Richard Mulder without shoeboxes. 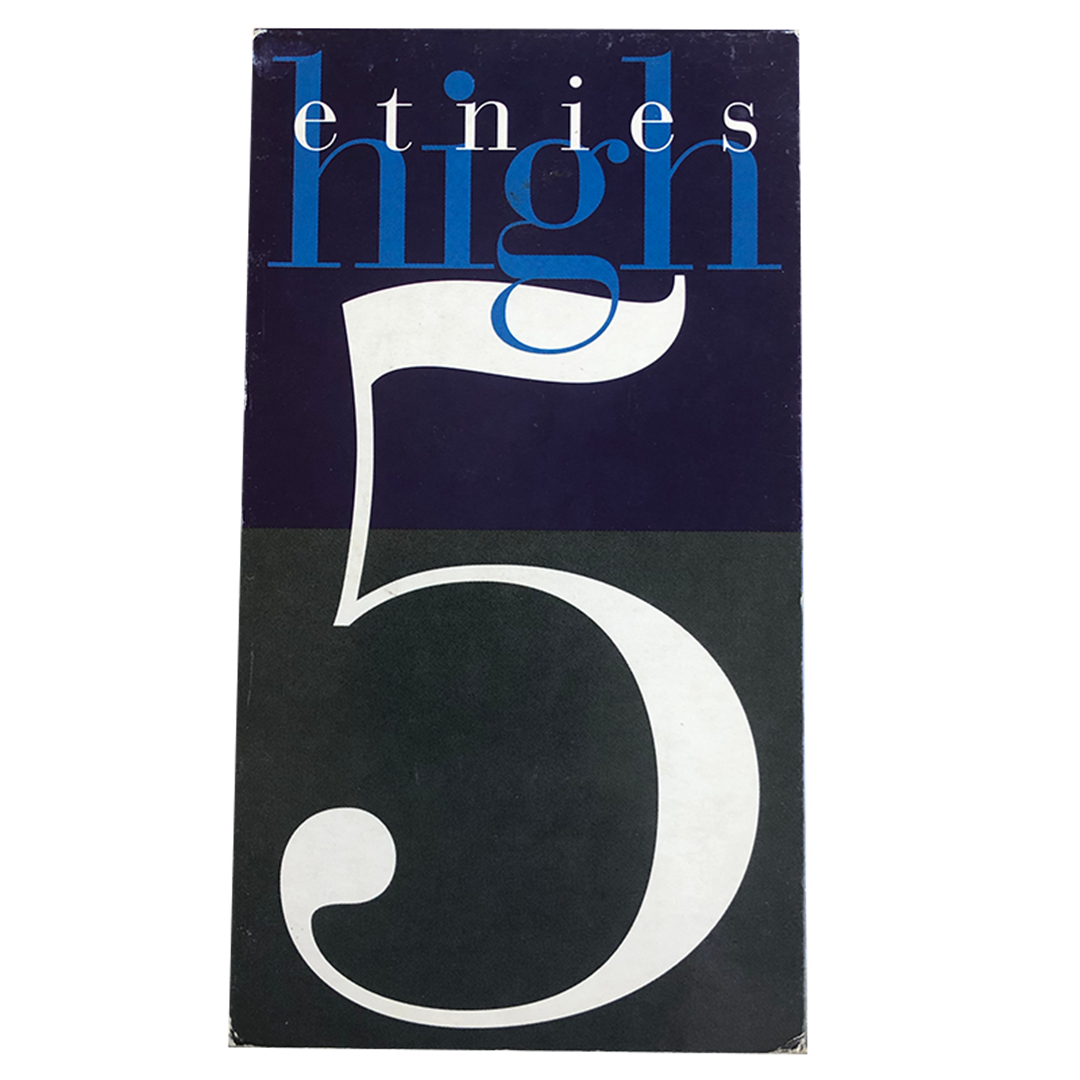 6. Etnies was the first shoe brand to make a skate video

Etnies released High 5 in 1995, a 14-minute promo with parts from Marc Johnson, Eric Koston, Jamie Thomas, Peter Smolik, and a legendary Tom Penny section to round things out. It used classic music by artists such as James Brown and David Bowie without a licensing agreement making it virtually impossible to ever be rereleased.

7. Tom Penny got some of the best tricks in the video after partying

Tom Penny, Rune Glifberg, and Team manager Steve Black were headed to Encinitas so that Rune could film something on the YMCA vert ramp, and they checked out the rail at San Dieguito High School on the way. Tom wasn’t feeling it, so they went to the ramp, and to a party after that. Black had been gassing Penny up during the party, and on the way back home, Tom asked to check the rail out again.

“When you see Tom get that spark, then you start setting up the camera because you don’t know what he was going to start doing,” Black said. Penny kickflipped, switch flipped, frontside flipped, and switch frontside flipped over the handrail, and frontside lipslid it in about 45 minutes, and they drove home. The entire sequence can be seen at the beginning of his part.

8. He also became a handful

A few years later on tour, Penny rolled a spliff big enough to set off the fire alarm at a demo in an indoor hockey rink in Canada, shutting things down.

Tom was so hyped on the country that he later threw his passport and US work visa out at a 7-Eleven, leaving him unable to leave the country. Word got out that Tom had ditched his passport and some fans tracked it down, dug through trash and found his passport. They sent it to Penny while he was still in Vancouver. 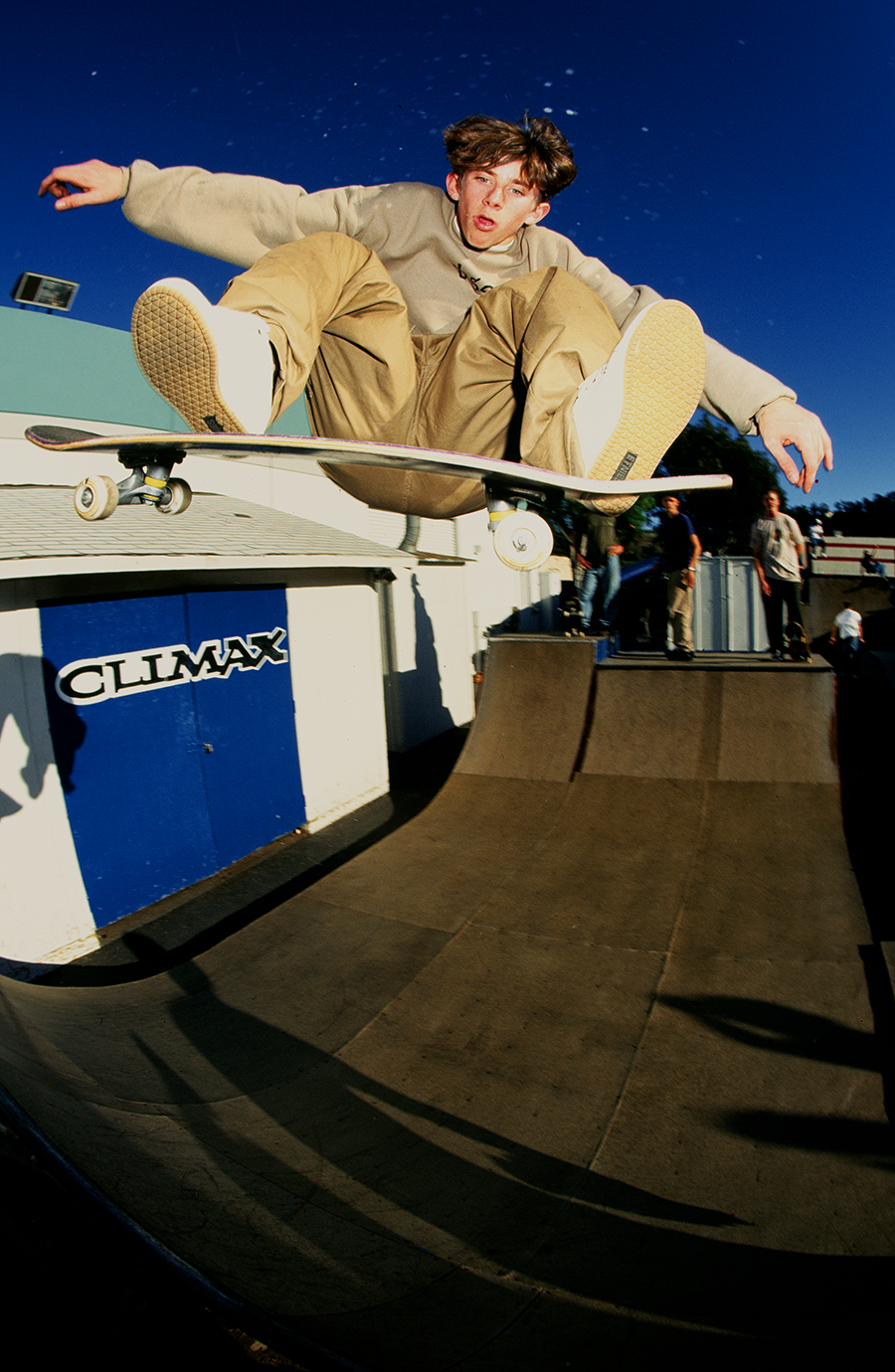 10. Ryan Sheckler spent a lot of time in spandex at Etnies headquarters

Etnies built their own lab for skating called the STI lab, to study the effects of skating on the body. This was around the time that a seven-year-old Ryan Sheckler started getting shoes from them, and he would come in and skate a stair set while wearing a black leotard covered in sensors that measured impact and how the body reacted. One of the first developments the lab came up with was that air bubbles are comfortable to stand on, but that they flatten out on impact, which inspired Etnies designers to move to foam cushioning for more consistent support. 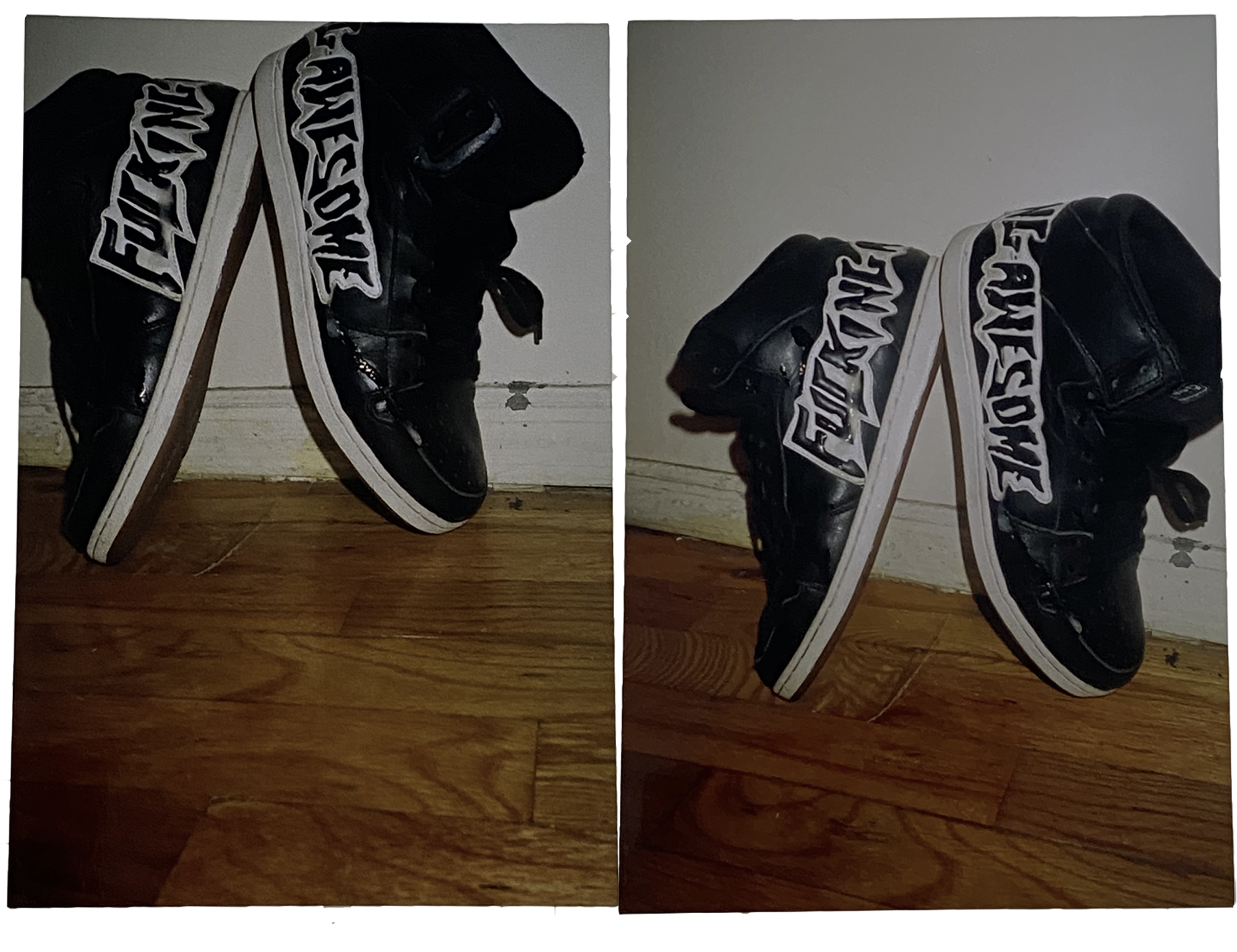 11. The first Fucking Awesome collaboration was with Etnies

Jason Dill skated for Etnies in the late ’00s and was given free rein to create an ad for his Fucking Awesome shoe, a collaboration with his (then) clothing brand. It was the first collab FA had done, and to celebrate it, Jason jerked off twice onto a pair of the shoes, took some photos, and sent them to Etnies for an ad that was supposed to run in Vice magazine. Vice refused to run the ad, and Dill left the team shortly after that.

The Tough Guy Shot was created at a sales meeting and consists of a shot of tequila, a snort of salt and a squeeze of lime to the eye. Since it was invented it has been the initiation ritual for anyone looking to work at the company.

In 2008 Adidas cancelled their holiday party for employees because of the recession. Upon hearing this, Etnies took out a full-page in a Portland newspaper inviting Adidas employees to a Christmas party at a dive bar, offering free PBR. Adidas higher-ups warned top management that any employees that attended may not have a job the next workday, but about 8 or 9 people went anyway and tried to avoid showing up in any pictures. 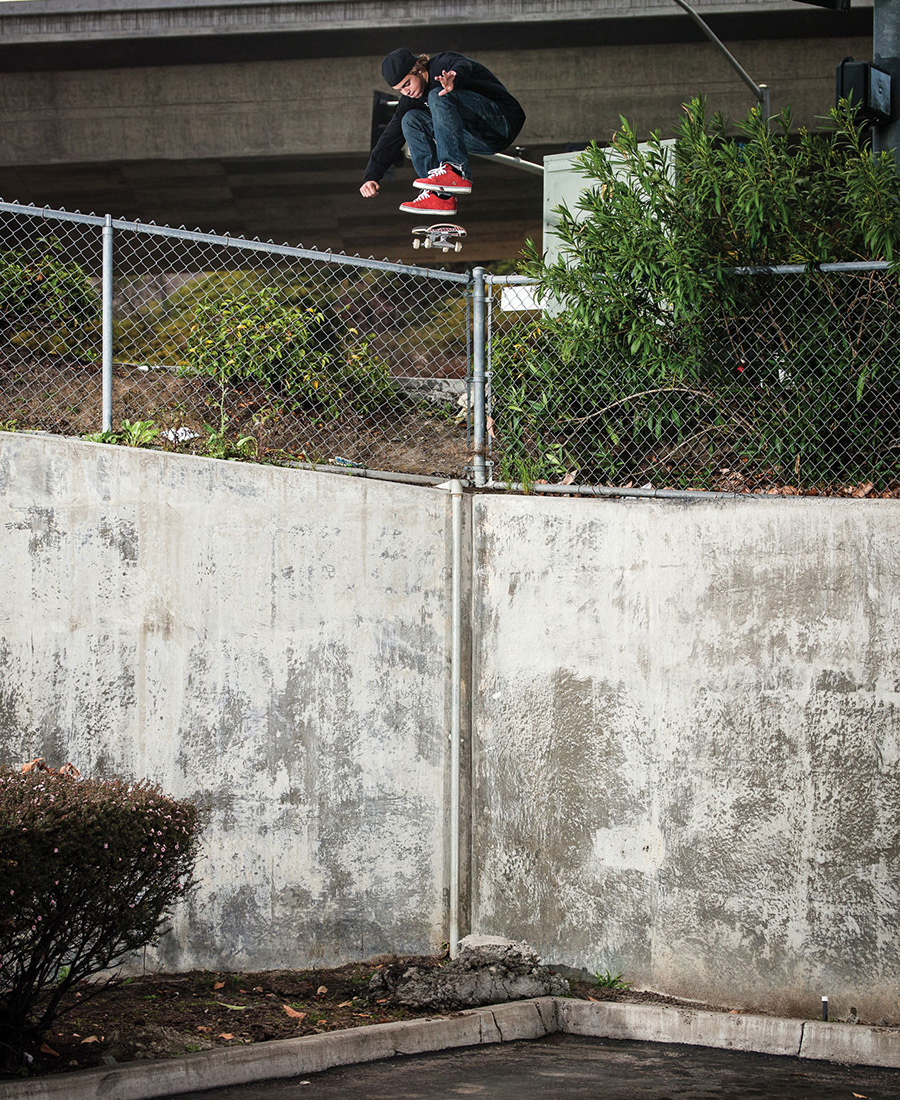 15. Some of the royalty checks were insane

Around the end of the ’90s, riders were getting fat royalty checks. For the Sole Tech riders whose shoes were hot, like Koston, making upwards of $100k a quarter on royalties was not rare.

16. Janoski was behind another best-selling shoe before Nike

We all know that Stefan Janoski created one of the highest-selling Nike skate shoes ever. However, shortly before his departure from Etnies, Stefan was working on his Etnies pro model shoe that would later become one of Etnies’ top-selling shoes of the late ’00s, The Faction. “We had both invested all this time and energy into making the shoe, and Stefan was cool with us continuing to sell it without his name,” said Don Brown.