MEET THE COUPLE THAT FILMED A SKATE PART TOGETHER 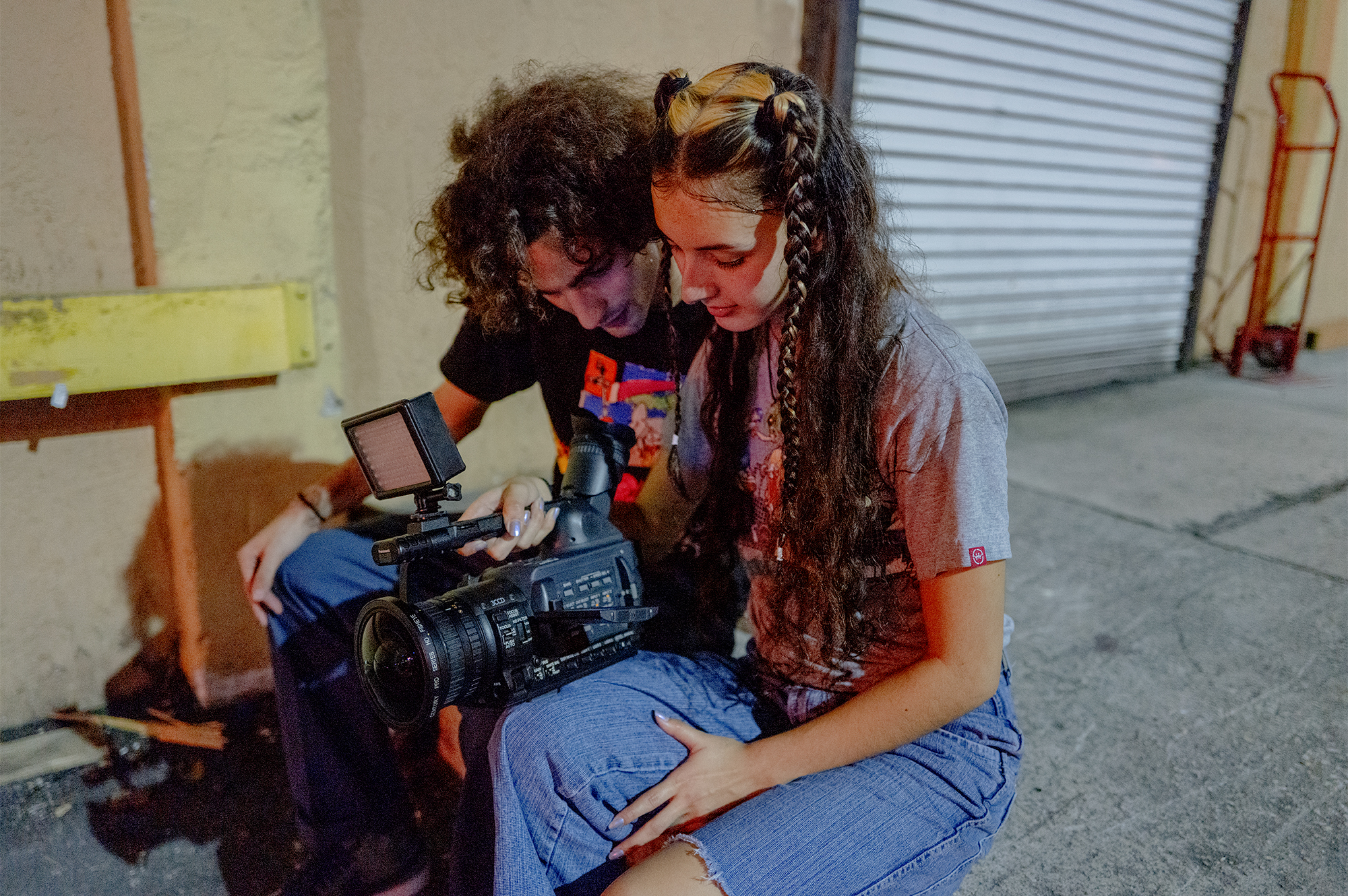 Today, some of you are going to be eating an overpriced dinner at a place you can’t afford, while others will be shooting straight airballs in the DMs. This is the fate of most skaters on Valentine’s Day, but we’re happy to show you that those are not the only two options! Take it from Adrian Jimenez and Tiara Maranon.

This Miami-based couple has been together for three years now, and in that time have learned that skating, somehow, can be romantic. Not only do Adrian and Tiara skate together, but in the last six months they’ve set out to do something that no couple in skating has done – film a part together. With Tiara behind the lens the two seem to be a perfect match all around.

We’re no strangers to romance over here at Jenk HQ, so when the duo sent us their video, we knew we had to find out more.

How did you guys first decide that you would film a skate video together?
Tiara: Adrian wanted to film a part, and originally it was going to be with our homie Kyle but he got a girlfriend and works a full-time job so matching schedules was hard. Then, we went on a trip to LA with our HVX. At the time I had only filmed iPhone clips but wanted to learn how to actually film. We went to a spot and Adrian showed me how to work the cam and we got our first clip together.

My filming was Adrian-approved [laughs]. After that, we set a goal to film Adrian’s part together. We’ve been together for almost three years now, and I started filming about six months ago.

Adrian: Even before she learned how to film, we were already skating all the time together. Wherever I went out, Tiara always wanted to come, and we live together, so it was just natural. We pushed each other to get better so when it came to filming it was just like the same thing just with a heavier camera.

Tiara, what is your background with filming and video work in general?
T: I’ll just come out and say it – I used to be an aspiring YouTuber before I started skating [laughs]. I never expected to gain the number of subscribers I did. I started posting videos in middle school and continued into the beginning of high school. Through that, I taught myself the basics of editing and filming. Skating really pushed me to want to learn more about camera work because I was filming Adrian with our phones, but getting a real clip is so much more satisfying. 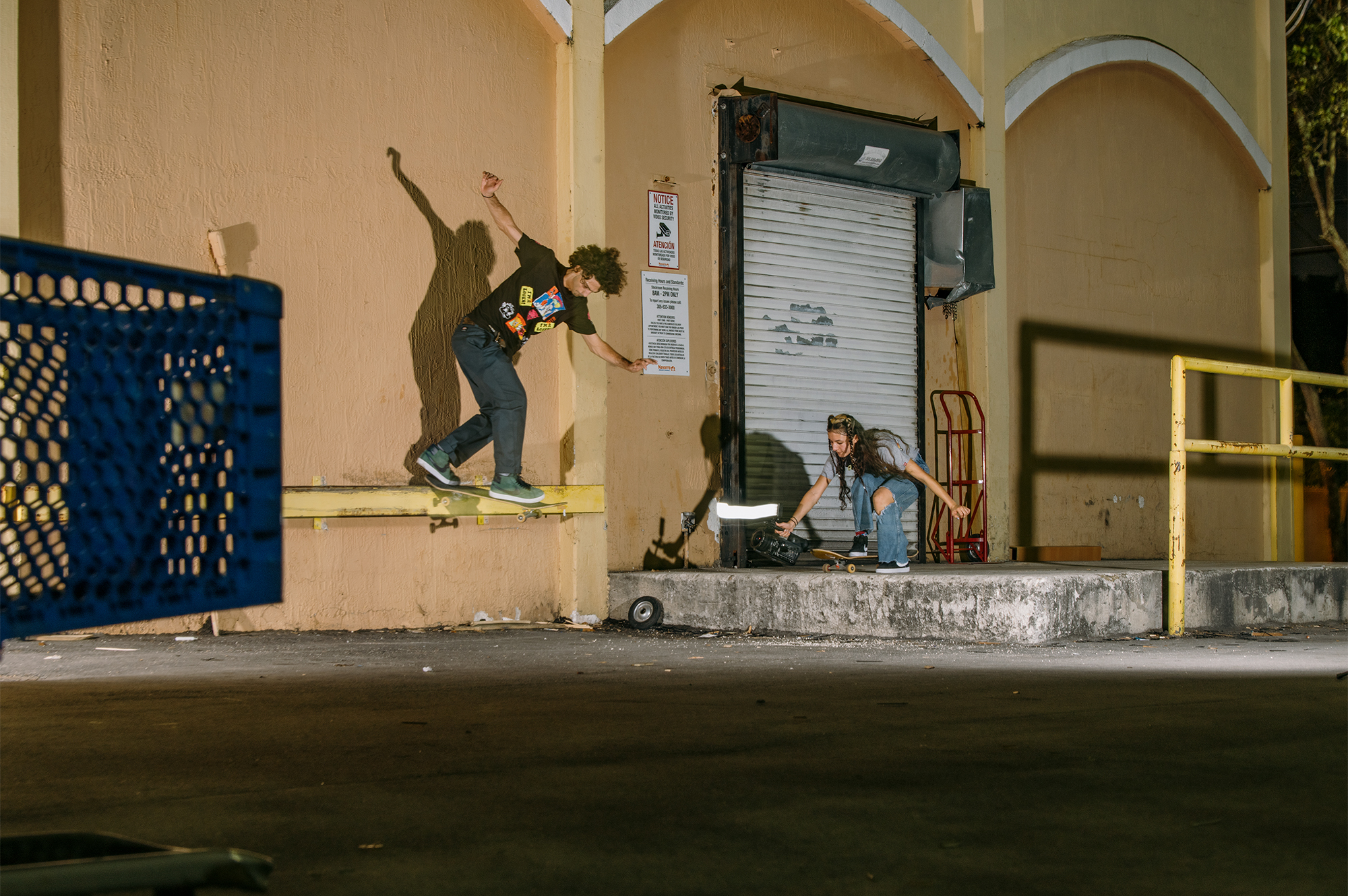 Is the sex better after you get a clip together?
T & A: Wouldn’t know. We have a serious sexphobia.

Adrian, do you get jealous when she films with other guys? Or Tiara, when he skates with other filmers?
A: Nah, of course not, she films a lot of my friends too.

T: When Adrian films with other people it’s always guys, so I don’t care. But, if it was another girl filming him…

Tiara, were you really ready to get run over by a golf cart so Adrian could get that ollie in, kickflip off of The Triangle?
T: Security at that spot just does too much, so if me getting run over means getting the clip, I’m down. I’ll definitely step up at any place anytime. That’s just me.

How does the creative collaboration on a project like this work?
T: Since it’s Adrian’s part, he had more creative control because it’s his vision, but I helped with every step of the process and had input with song choices or what clips blend into each other.

Do you ever disagree on the filming and editing stuff?
T: The fact that we’re boyfriend and girlfriend has definitely intervened while we’re filming because Adrian can sometimes get a little frustrated when he’s trying a trick, and I’ll feel some type of way about it [laughs]. But we always resolve our problems at the end of the day.

Who are some filmers/editors that you like and want to learn/take things from?
T: Justin Castillo and Omar Massiah, local filmers and homies, because they’re putting on for Miami and make sick ass projects. 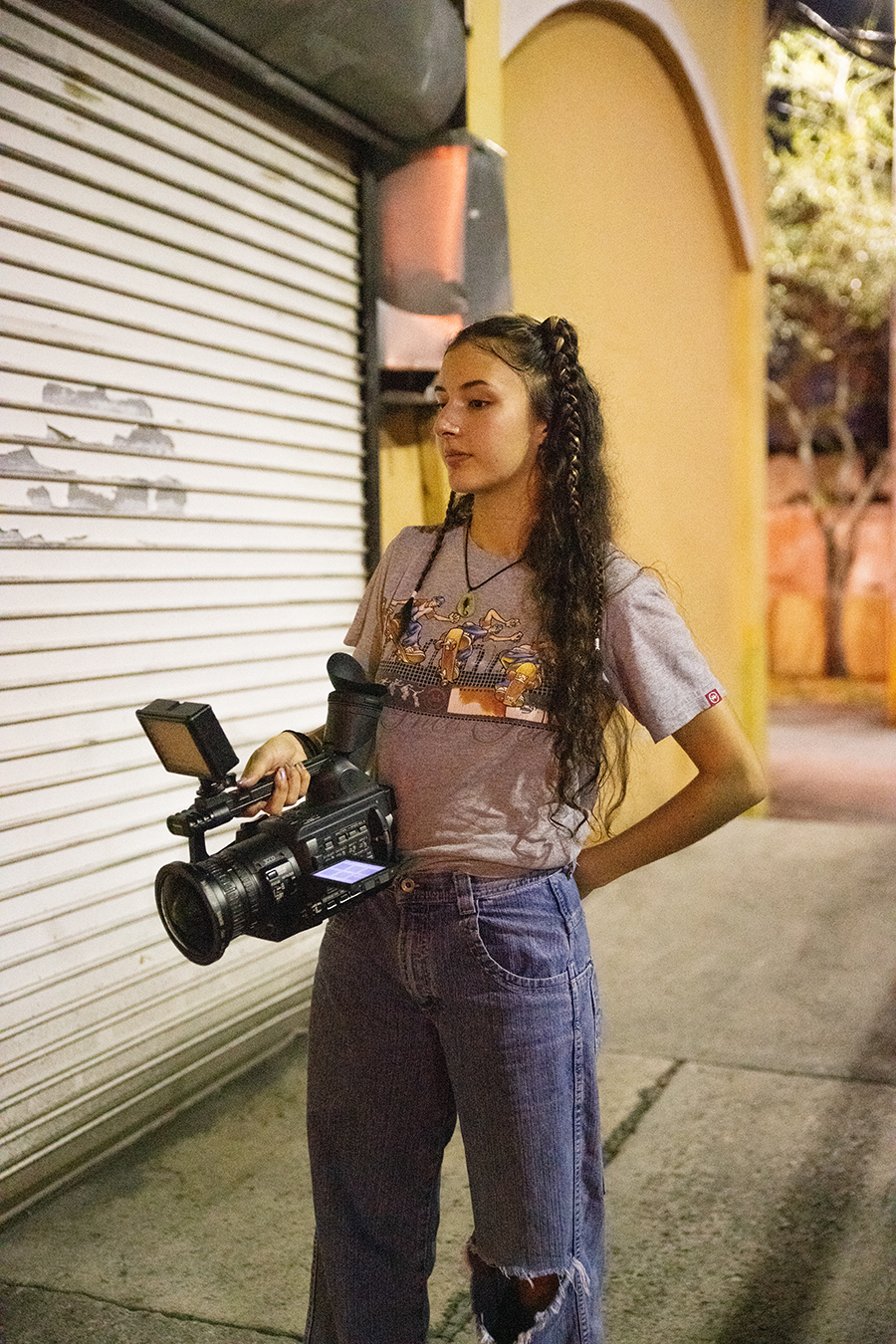 After the two of you go out skating, are there any post-skate rituals?
A: It depends because to get a clip sometimes there’s a bet behind it. Like, “Dinner on me, this try” or, “I’ll buy you an eighth.” We do be stretching together after skating when we aren’t being lazy [laughs].

How crucial is it to be interested in your partner’s hobbies?
T: I think showing interest in things your partner is passionate about is very important. It’s nice to know your partner cares about things you’re interested in – not just skating-wise either, but other interests or hobbies we might have like shows, art, Pokemon, and so on.

Is there anything romantic about skating?
A: When we push each other to do new things in skating it’s pretty cool because you know you were the reason why they did it. You also feel connected to the other person when they do something out of their comfort zone, ya know?

Why are skaters notoriously bad boyfriends?
T: Because they have cheese grated socks and boxers, and they spend all their time at the skatepark.

Besides usually having a mattress on the floor, what are some benefits to dating a skater?
A: Having a filmer [laughs]. Nah, but just having someone to grow with in skating and all aspects in life.

T: Building fun memories every day, having something to do together every day no matter what, watching shows and skate videos together, being each other’s designated filmer, and having someone to back you up on tricks.