SKATING THE SECRET REMAINS OF LOVE PARK WITH BRIAN PANEBIANCO 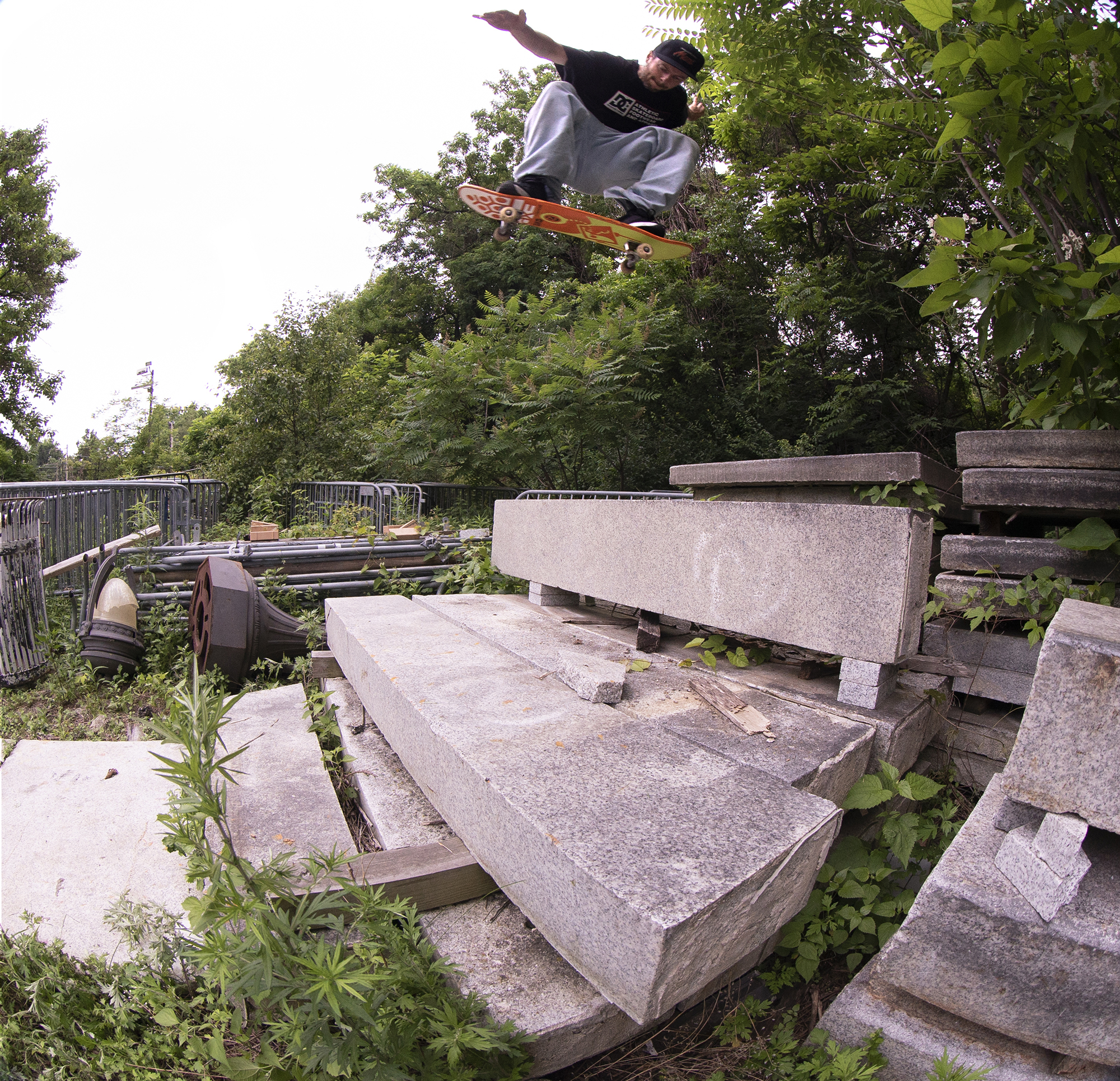 We’ve all had difficulty letting things go and moving on, but nobody has had it harder than skaters in Philly when it comes to letting go of Love Park. And for good reason—it was home to a street skating renaissance and was a place Philly skaters could truly call home, right up until it was ripped away from them.

The attachment to Love is so strong that skaters have gone as far as tracking down where the local government took all the park fragments, and some have even tried to skate the remnants that are laying somewhere deep in a forest outside the city’s limits.

Brian Panebianco, the lensman behind the Sabotage video series, was one skater who caught wind of where these remains were located. He went on a couple of little excursions with a crew to see if they could make the Love Park graveyard skatable once more and get some clips for the latest Sabotage video, or at the very least take home a little souvenir as consolation.

We talked to him about what exactly drives the locals’ obsession with Love, the challenges in making an overgrown forest skateable, and whether or not he stole a few knick-knacks for safekeeping.

How did you find out about this place? Is it hard to get to?
When Love was torn down some of the granite was moved there. Someone involved felt like I should know and told me. More recently the road to it got closed because of COVID and we would have to walk really far on some train tracks to get there. When you get there it’s surrounded by a 10-foot fence. A tree fell on it so we would climb this tree to get over the fence to get to it.

What is it exactly? Just a place in the woods where the city was storing old Love Park materials?
It’s a lot that the city uses to store stuff like benches, light poles, guard rails, and shit like that. So technically the city owns that granite and can use it for whatever they want. And they have used some before.

What would you say to someone who says you’re crazy for going to such great lengths to essentially skate rubble?
Yes, we definitely look crazy skating back there in a city storage lot. I felt insane building the ramp in the middle of the night. If a cop came I wouldn’t have been able to explain myself. 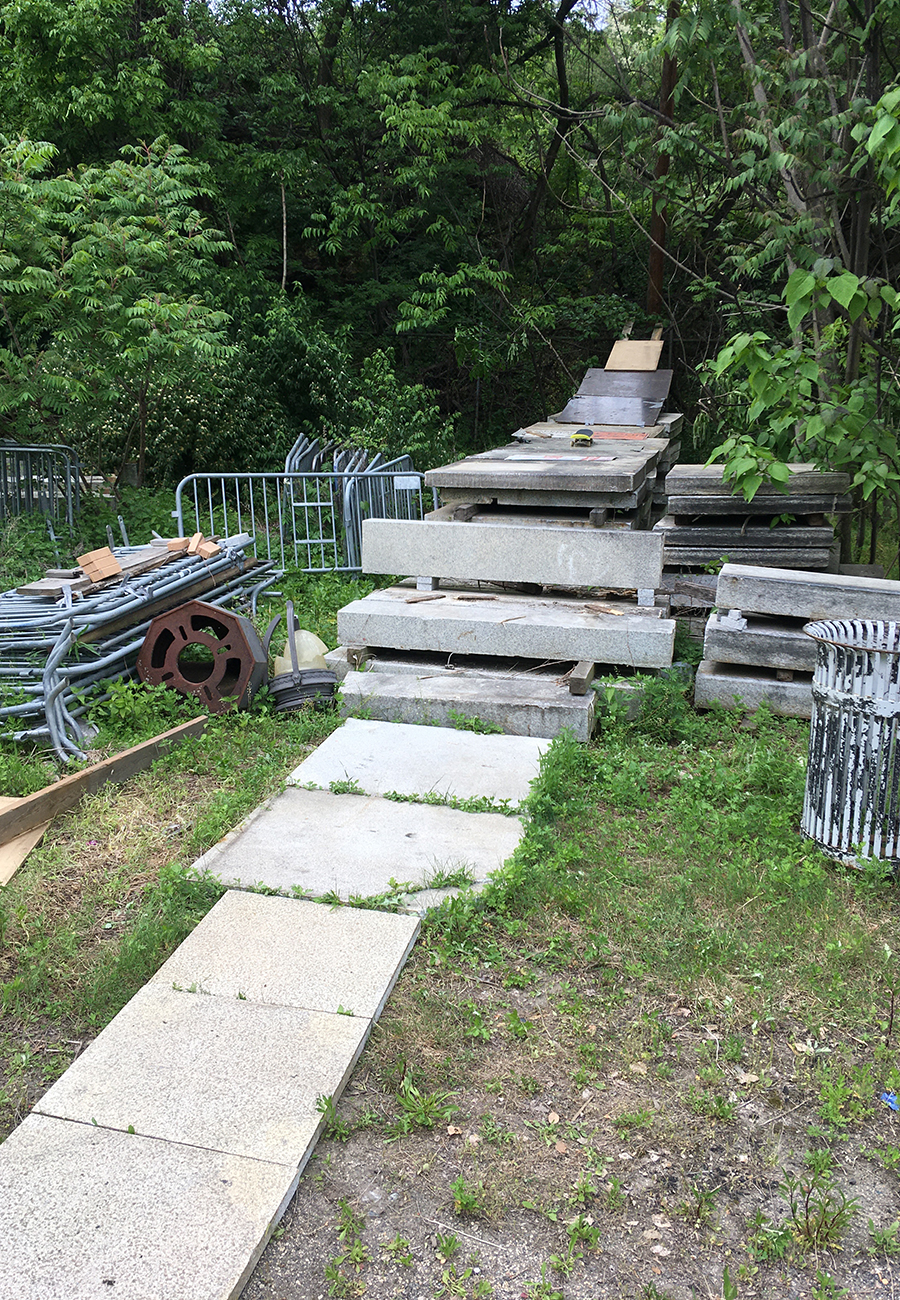 Have you ever considered stealing any of the bricks or trash cans and then going into the wilderness and recreating Love Park from scratch?
That would be sick. All that shit weighs so much you would need flatbed trucks and forklifts. But a few ledges are getting moved to Rizzo Rink in South Philly soon so that should be fun.

So you didn’t take anything from there back to your house?
When I was first showed the spot, I took a big blue street sign that said “JFK Plaza” on it. It’s huge and on my wall right now.

Did you have to move a lot of the granite to make it a skateable spot?
The nosegrind was easy but the gap was so hard to skate. Kevin Bilyeu helped me set it all up. We had to lift and move the ledge a few inches and lay tile in the run-up and landing. The run-up was eight feet long so we had to stack a bunch of guard rails sideways so I could lay some wood to make it a little longer. The gap was a crazy idea.

There were five stacks of granite, each had about a foot gap between each other. I collected a bunch of huge signs for a few weeks, tied them all together, and dragged them down the closed street. After getting those taped down and some landing laid, we realized it wasn’t enough run-up. I came back at night with a drill and screws. Stole some wood from an electric company nearby and dragged that over.

After a few hours of collecting supplies, I built a little roll-in that leaned on the fence. Then I had to skate it. The drop-in ramp wasn’t enough speed so still had to throw down on it. You roll over four signs that would sink in then go flying off over a stack of ledges. It was hard but so worth it. 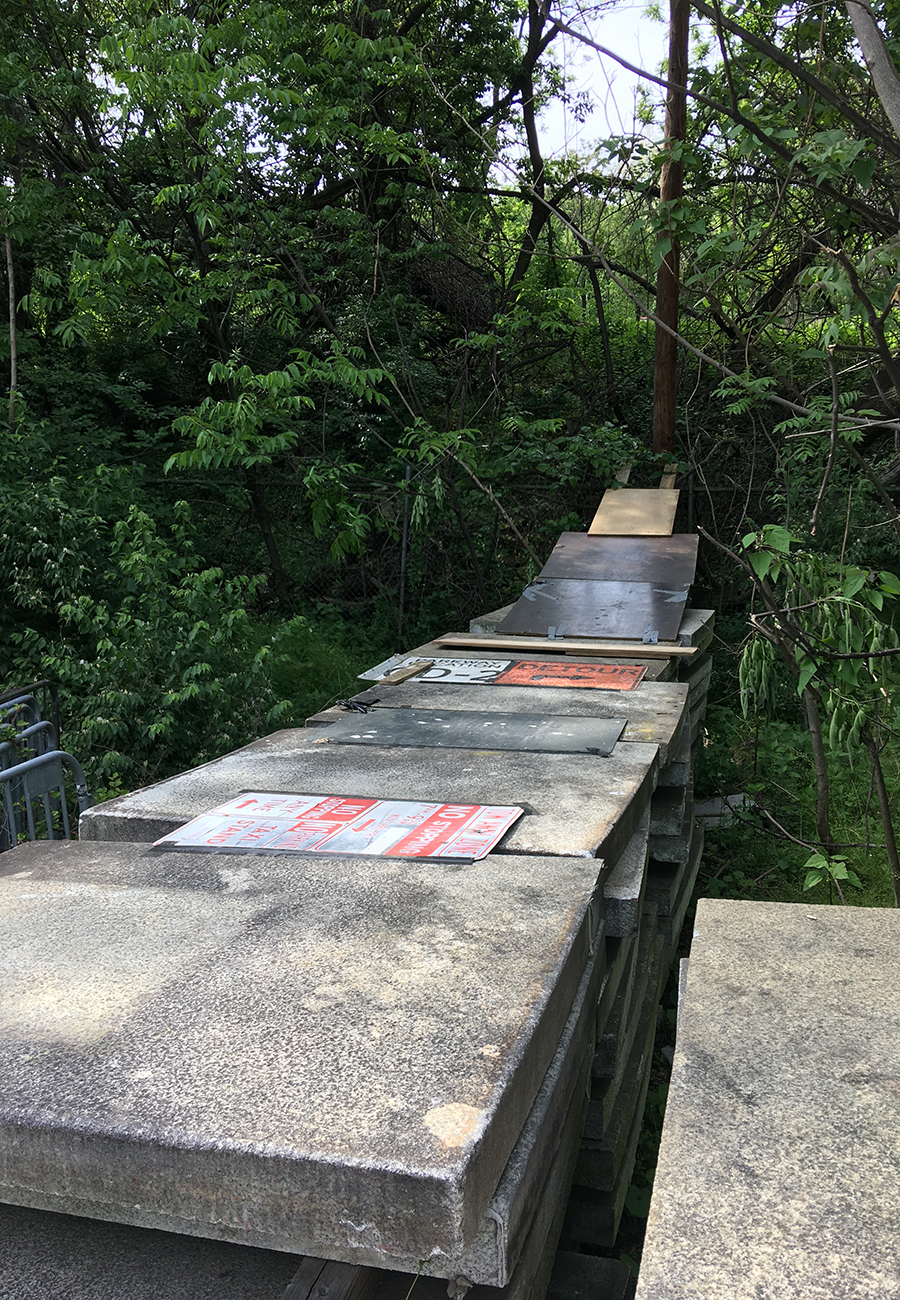 Anything really sketchy happen at this Love Park graveyard?
A truck pulled right up to the gate and sat there for five minutes one time and we just hid until he left then it was good. Another night we got locked in a parking lot nearby, and we had to bolt cut the lock to get our cars out.

Are you trying to keep the spot on the low?
I would love to film more there. I haven’t really told anyone where it is. It’s good to keep that place a secret so nobody steals anything. I do hope they rebuild it someday.

What do you think would sell on eBay for more money: a brick from Love or a brick from the Brooklyn Banks?
Love tiles are huge it would have to be a broken piece. Not sure though.

Do you ever go to Love Park graveyard and just sit and meditate and paying homage to the Love gods?
I felt like I was doing that when I was building a roll-in at 3 am.

I hear so many people talk about Love and how important it was. Do you ever think it got overhyped after the demise?
Sometimes. I always say that I wish the companies were paying this much attention when it was still there.

Last words?
The Berrics owes someone in Philadelphia $5,000 #berricsbounty. 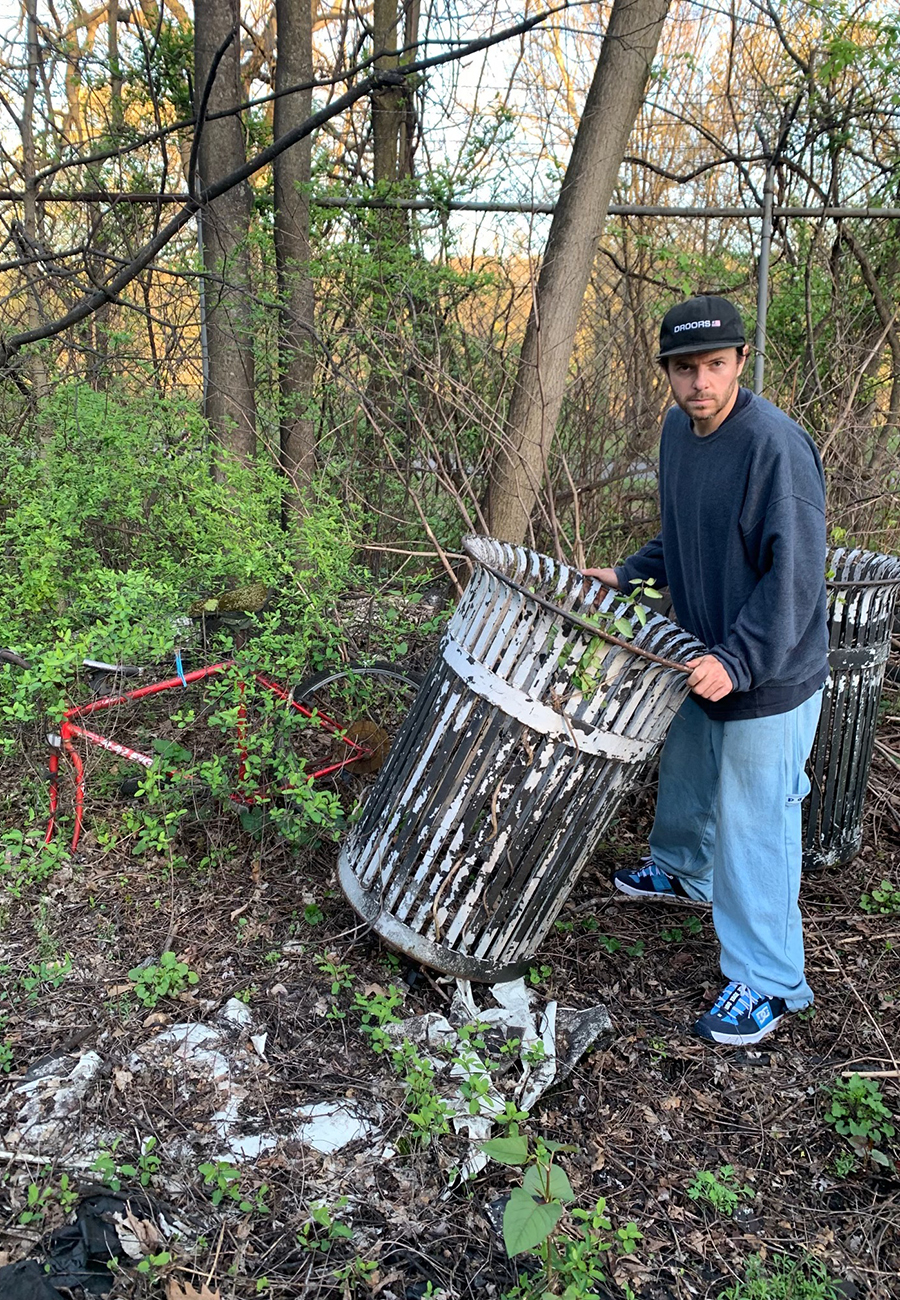