This past year was an extremely strong year for homie videos. We saw five Naquan videos, four Melodi videos, a new Homies Network full length, Maximum Flow, All Brakes, and a million more that you’re probably pissed I forgot about.

But that’s the point, this year banged us over the head with some unknowns and some up and comers, both in front of and behind the camera. In the case of Genesis 2, the man behind the camera is Seattle-based filmer, Ian Ostrowski. And if you haven’t seen Genesis 2 in full, we chose two stand-out parts from Bao Nguyen and Troy Gipson to show to you all. The skating, filming, and editing are always important, but the Genesis crew has put together a video with a homie vibe that somehow makes you want to move to one of the rainiest states in the country.

Because we were all pretty hyped on Ian’s video, we had our new friend Elise Hedge (who also has a full part in the vid) interview him as a little bonus. 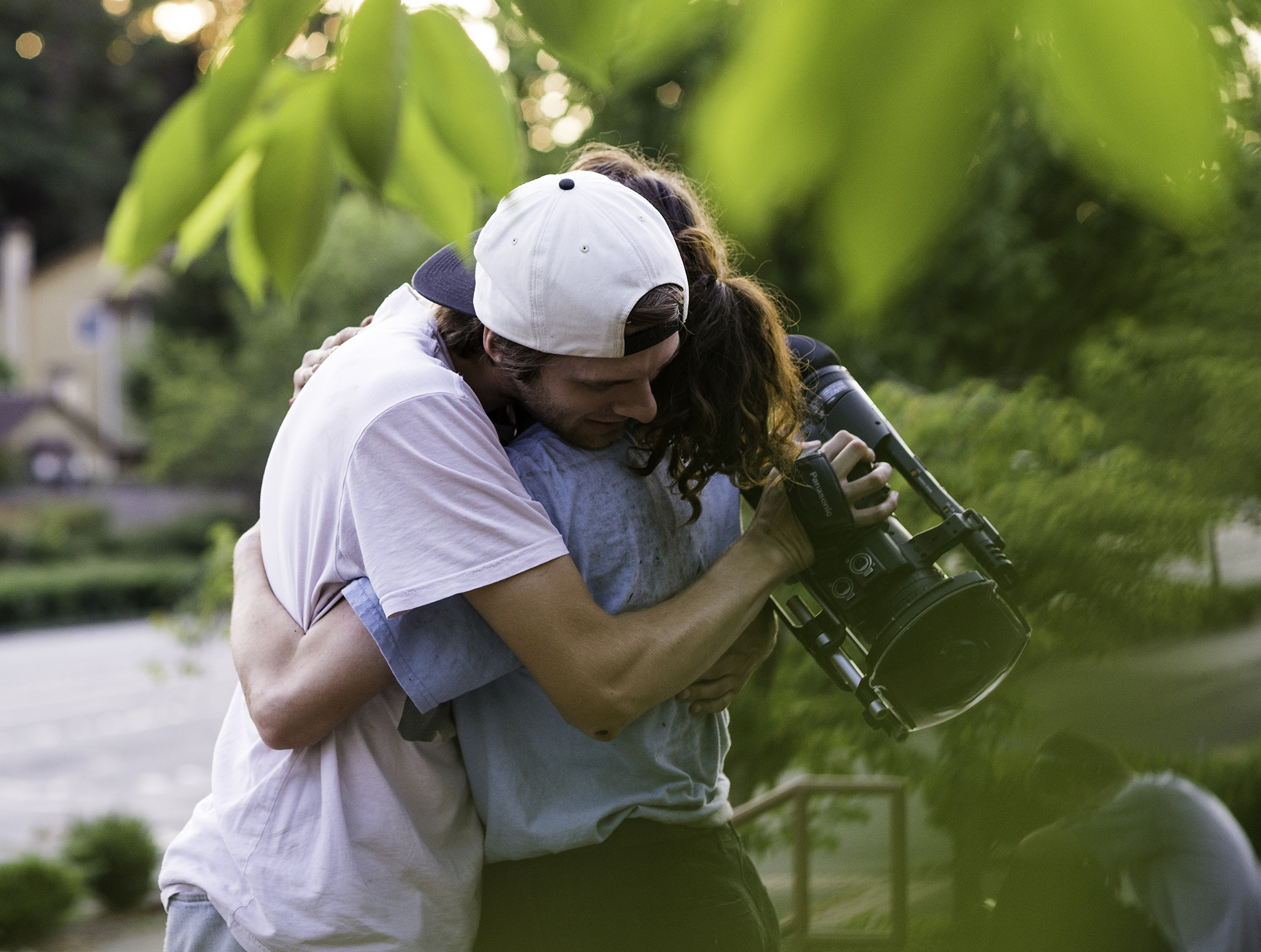 So where did the name Genesis come from? Sega, the band, a Genesis Evan stan cult?
None of the above [laughs]. The name originates from when our friend had a Genesis Coupe during the first video. I didn’t have a car and he would drive us around in the Genesis all the time. Me, Troy [Gipson], Xavier [Holte], and some other people. we’d all be in this little ass car. My head would be bumping on the roof of the car. So that’s kind of where it came from, and then Pablo [Otero-Royer] was the one who suggested the name. There’s a lot of other things called Genesis, so it’s not to be confused with the video game crew who plays Call of Duty or some shit. Also, Genesis Evans is the goat, shoutout to him, but it has absolutely nothing to do with him [laughs].

Has telling someone you made these skate videos ever gotten you laid?
I think it’s quite the opposite, actually. As soon as someone on Hinge asks me what I do and I tell them that I make skate videos, it’s guaranteed that I’m not going to hear anything back, usually [laughs]. 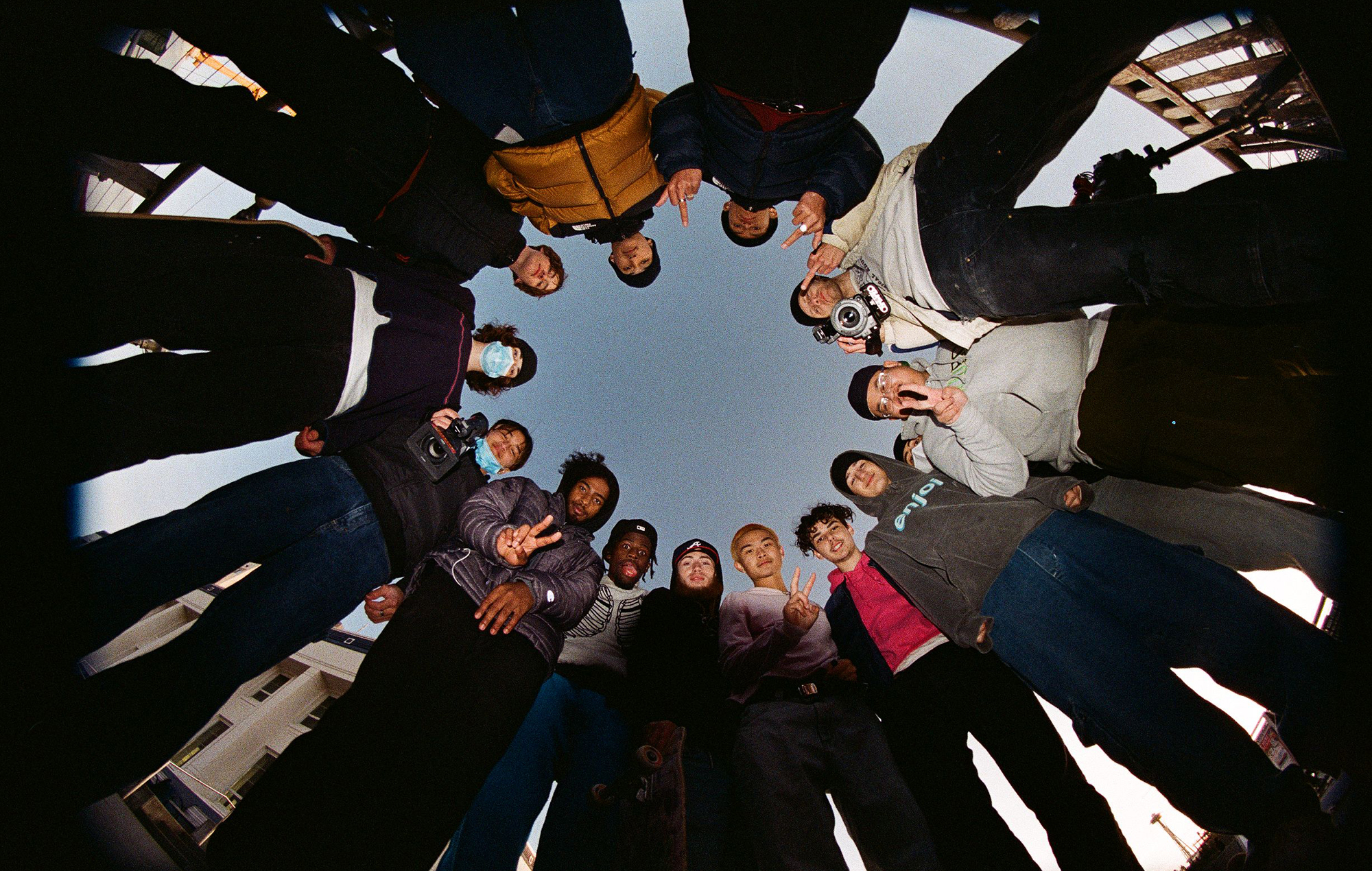 This video felt like a pretty original video in terms of the editing and filming and stuff. How do you avoid making your videos look like a Strobeck ripoff
[laugh] I try my best to draw my inspiration from things that are outside of skateboarding because I feel like when you get too zoned into just skating and doing everything that every skate video is doing, you kind of get lost and forget the stuff you’re actually trying to make. So I’ve been watching hella movies and stuff. I do like the stuff Strobeck does and I like his filming, but it’s also nice to see the full spot and the scenery and the spot around it, and a good mix of that. I think there’s a place for it, but I try to keep my filming a little bit more on the wide side when I can.

What are some of those movies or films that you drew inspiration from?
Yeah, I have a list of my favorite stuff, but it’s kind of hard to tell if anything came directly from it. I don’t know if I watched these movies and took something directly from that or whatever. Except, I have Enter the Void, and I have that party song and it’s flashing Genesis 2. That’s definitely inspired the Enter the Void intro and the titles.

These are just things I like watching and stuff – The Royal Tennembaums, that’s one of my favorite movies. Brazil, it’s like a sci-fi movie from 1995. The movie Her. I have a whole playlist of stuff I watch, but all of those I’ve rewatched a bunch of times. 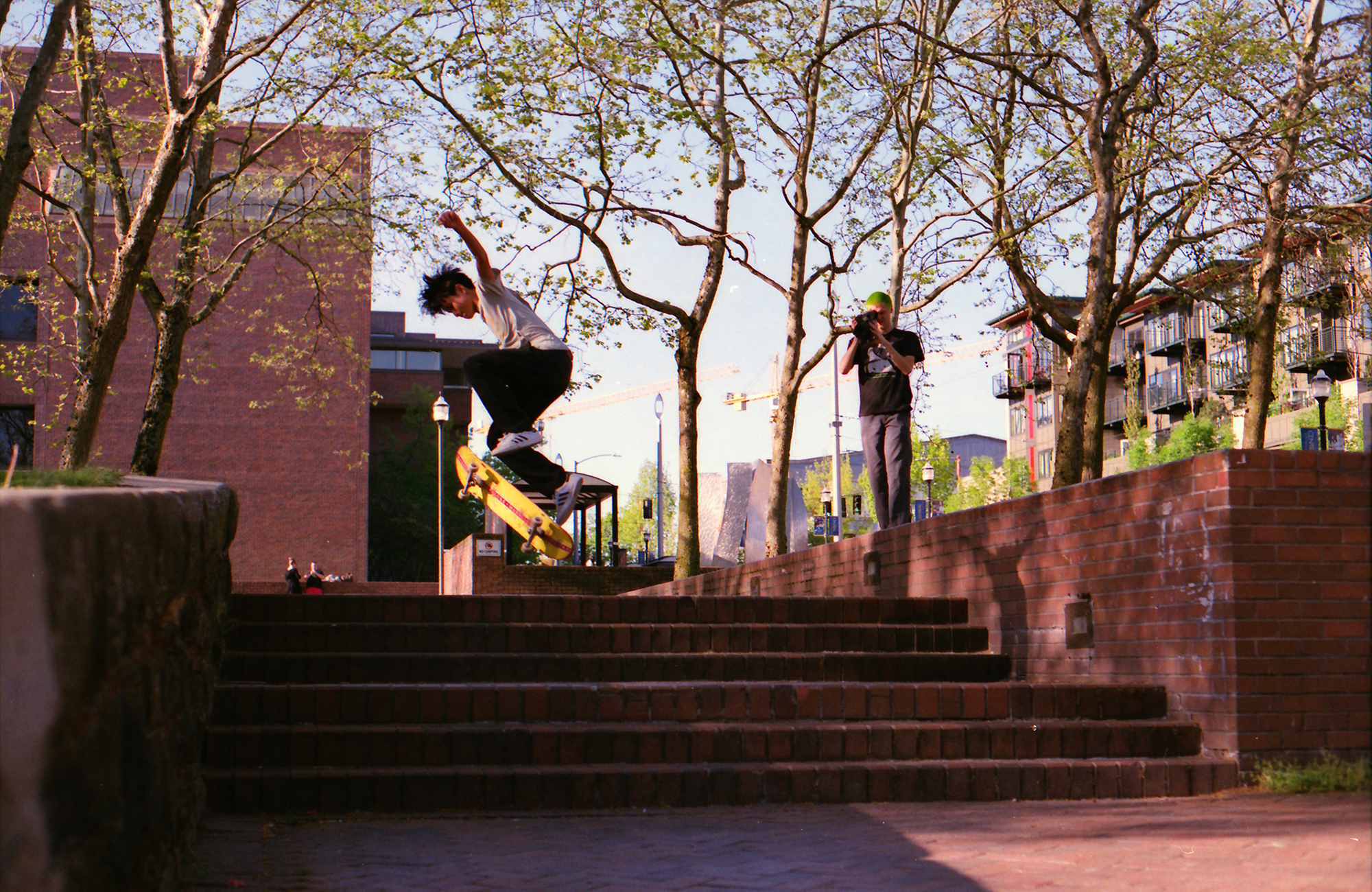 You also have a part in the video, and you don’t see that all the time. How long were you filming for that and how did that all work out?
I was filming throughout the whole time, but I didn’t really take it seriously until that day we went to Tacoma. KJ [Phanissay] gave me my first pair of baggy pants. He was like you have to get a clip in these and I did. Then I saw how it looked and I was like, “I want to skate more.” I feel way more confident in my skating in a way now that I have these pants that I feel good about [laughs].

How many different colors did you dye your hair while you were filming this video?
That’s a good question. I started with pink first. I think that was right after Physical Education [first Genesis video] dropped. That was right when we started filming for this one, and I did pink. Then I did blue, then green, then purple. I think I did blue and pink two more times after that. After that, I did the spotted design when I went to New York. Then pink again. So that’s like five different colors or patterns, but I dyed it like eight to ten times, or something like that. 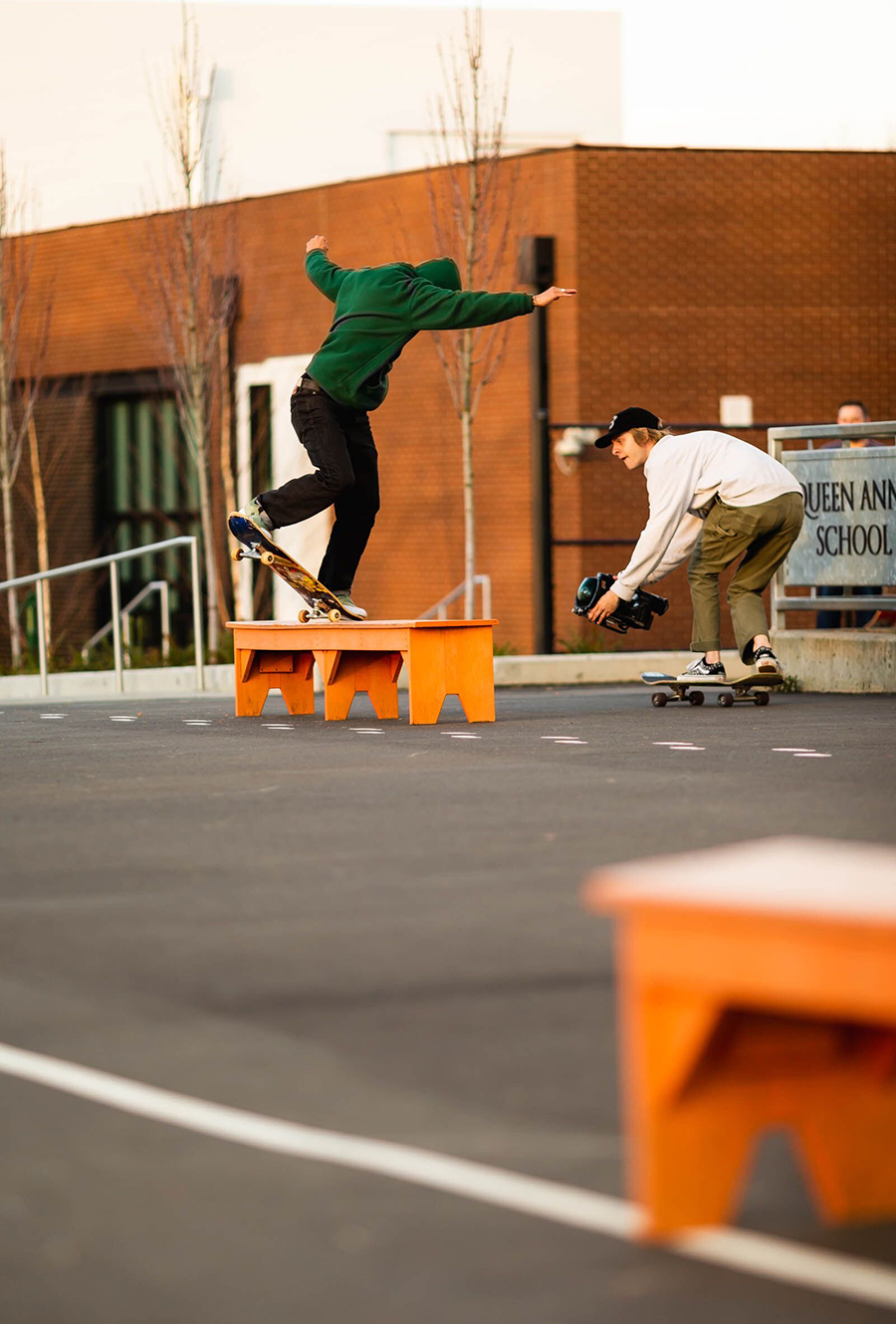 What does the Seattle skate scene offer that other cities don’t?
I feel like Tony and everyone at 35th North [local Seattle skateshop], look out for you a lot. Any time they have an opportunity or any way they can involve you in any type of project, Tony will hit you up. I feel like there are probably a lot of other skate shops that do that, but I feel like Tony really goes out of his way to make that his job – to put people on and help people out.

Is it hard to film a full video in a city where it’s raining all the time?
For sure. We try to go to an indoor spot or stuff that’s undercover. We’ll go skate inside the train station, but everything is a pretty quick bust. Usually what you have to do is wait for the one dry day every week and knock out everything you can. You just pray that they’re actually feeling it and you don’t get a text that day like “Ohh, I don’t know I’m not feeling it today.” 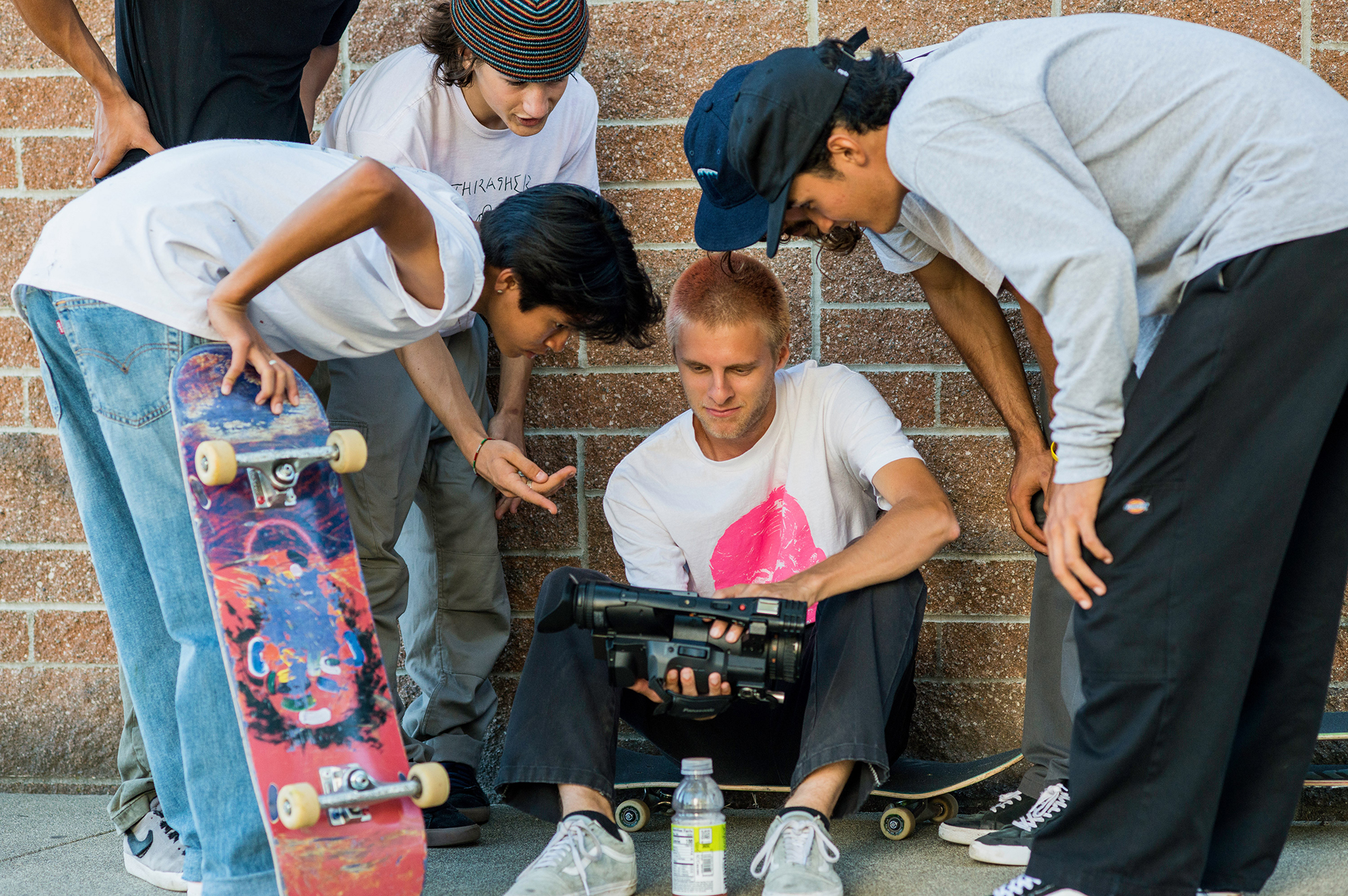 Was there anything you needed at your desk while you were editing?
I always had a mango White Claw or a Truly lemonade. That was probably like peak quarantine. I was just sipping those while editing. Then I think during the last couple of weeks of editing I would buy these tall boy Monsters. I would stay up until 4 am editing.

Monster!?
I need that sponsor. I would do that for sure. I’ll wear a hat… maybe backwards. 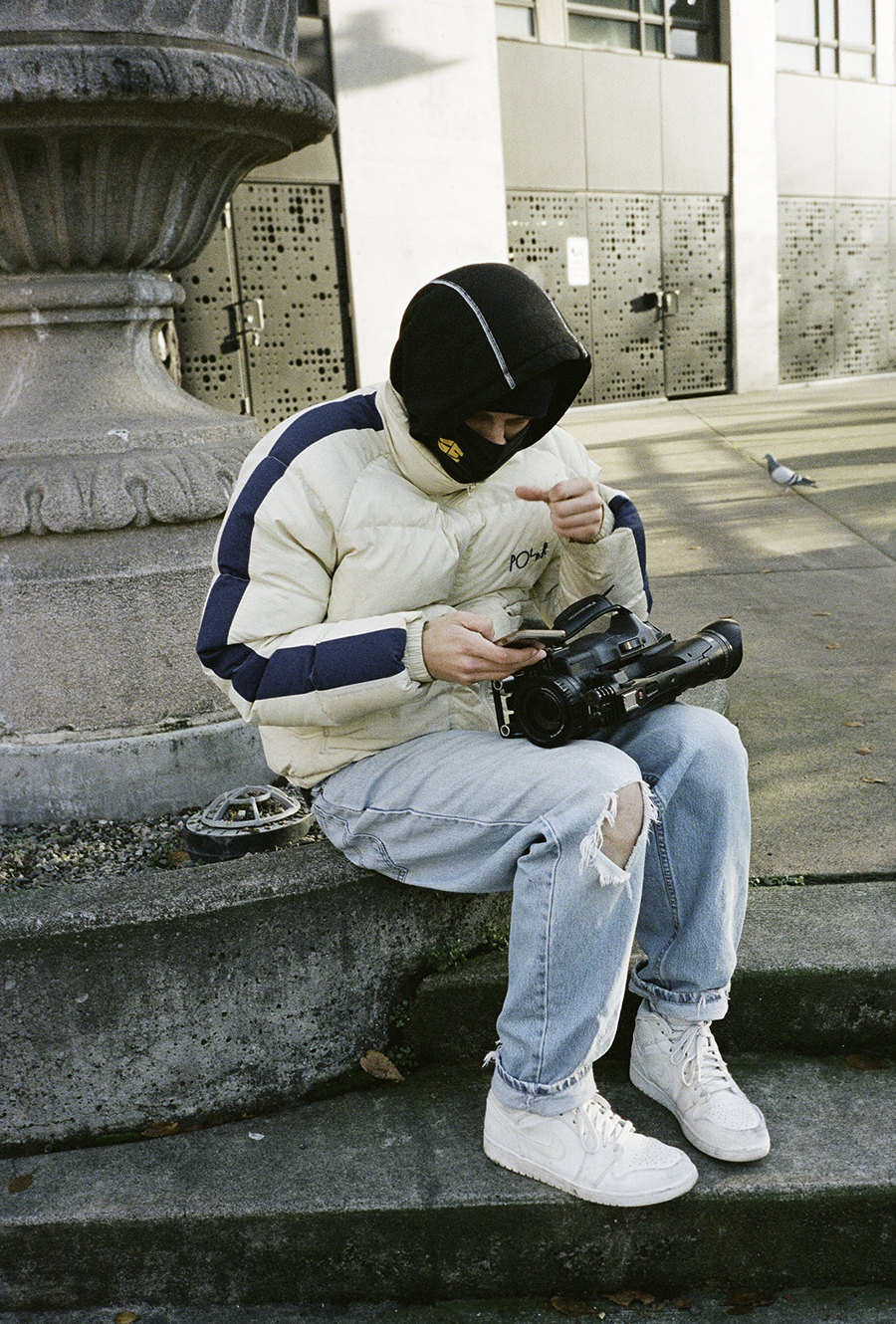 Were you anticipating the reaction that you’re getting from the video?
Not to this extent at all. We had a little homie premiere and I was like, “We’re going to do 10k views in one day.” But that was my only projection. The day passed and we had 5k and I was thinking that maybe it wouldn’t be that crazy. But now it’s been a couple of days, and a lot of people are sending me nice messages and the reception seems to be pretty good.

Do you see a Genesis 3 in the future? Do you see something bigger down the line?
At first, I wasn’t thinking about a third at all. I was editing and I was like, “Okay, second video, that’s it.” But after seeing how everyone has received it and seeing how hyped the younger generation at my local park are on it, I think that kind of makes me want to do a third. I don’t know when or how long it’s going to take, or how I’m going to do it, but one day I want to keep it going. I think like now, yeah, I’m open to it. Also, if you watch the first Genesis video, Jasper [Levine], Xavier, and Bao all have a shared part and they’re like little kids. So it would be cool to repeat the tradition and have all the younger people be in the next one. 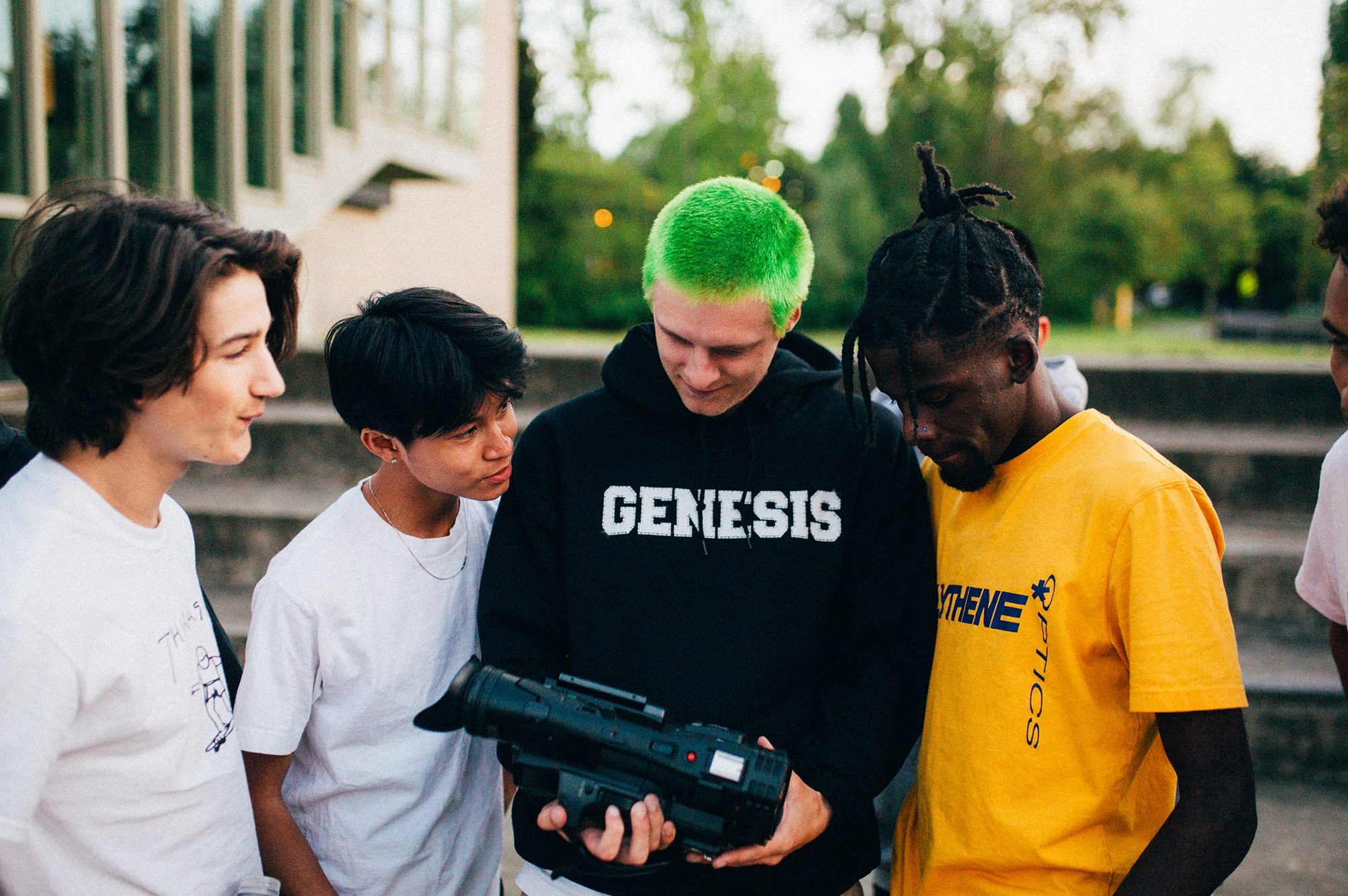 What do you want to be known for after people watch your videos? What do you want their takeaway to be?
I think at the end of the day, when I’m making these videos, in a way, I’m in my own world. If I could take other people into this world in the best way possible and show them what it looks like, that’s the goal. I think the best example is the transition between Bao and Troy’s part. That’s kind of it.

So, like, vibes [laughs]?
Oh yeah, big vibes. I don’t know if I answered that question. But fuck it, we ball.

Video by: Ian Ostrowski
Interview by: Elise Hedge
Photos by: Corey Greengage, Bailey Walker, KJ Phanissay, Zach Fajardo & Dustin Brady
Share this with a hair colorists on Facebook.
Report this as too rainy on Instagram and Twitter.