IS ZUMIEZ GOOD FOR THE SKATE INDUSTRY? 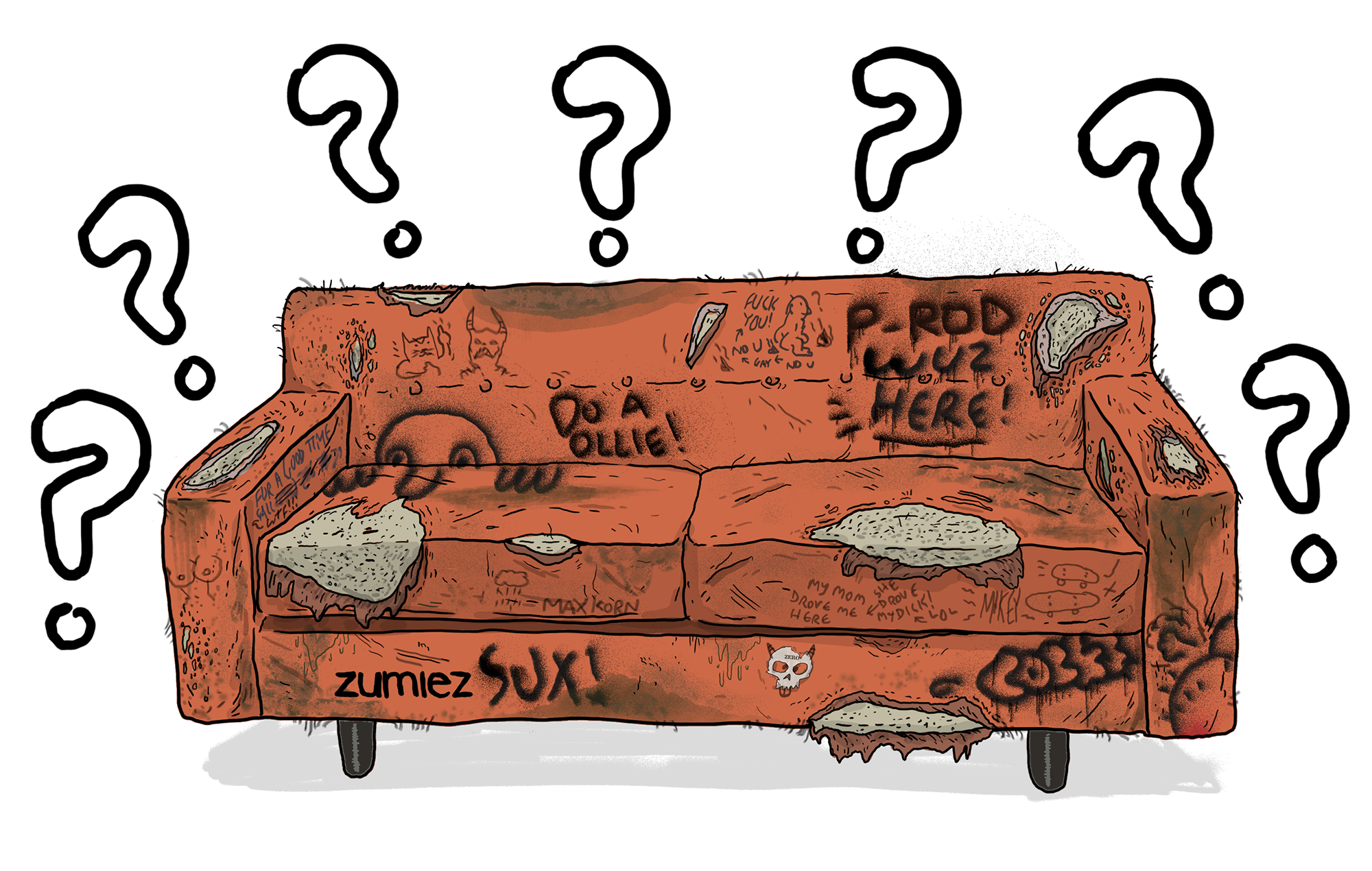 When we talk about the business of skateboarding, there’s a huge orange elephant in the room. It’s Zumiez, and with 698 locations spread across all 50 states and three continents, they’re one of the world’s biggest retailers (if not the biggest) of both skate soft and hard goods. Last year alone Zumiez sold $927 million worth of merchandise. With that kind of financial success, Zumiez undoubtably affects the way the skate industry works.

In the past decade or so, Zumiez has become somewhat of a venture capitalist in the skate world. They do this by investing in brands (small and large) by buying and selling lots of their products, and aiming to turn higher profits as the awareness and profiles of those brands rise.

But how does that involvement impact the skateboarding ecosystem? Are they fucking things up or making things better? Should you defecate on the floor of your local Zumiez? Before we can answer these questions, it helps to take a look at Zumiez’s origins and understand how they became the giant skate retail chain they are today.

Zumiez opened in 1978 under a different name, Above the Belt. The two founders, Gary Haakenson and Thomas D. Campion, left their management positions at J.C.Penny to open their own store in Seattle, focusing on young men’s and women’s clothing and having nothing to do with skateboarding.

In the late ’80s and early ’90s, Above the Belt narrowed its market to chase what was popular. “It started with trends. All the hottest brands in the late ’80s had surf and skate roots,” said Stuart Martin, VP of marketing for Zumiez. That change would prove to be a financial win for Haakenson and Campion, but also unavoidable competition for skate shops.

Sometime in the ’90s, the company was sued by a women’s clothing store by the same name, so they had to rebrand. At the time Campion was reading a book about the Zuni tribe and wanted the new name to begin and end with a ‘Z.’ He asked people to try variations on “zoomiez” and someone came back with Zümiez. Campion dropped the umlaut and Zumiez was born.

Around the millennium, Zumiez launched an online store that helped them increase revenue, and as mainstream awareness of skateboarding increased through things like the X Games and Tony Hawk’s Pro Skater, they opened a bunch more stores. In 2002, the private equity firm Brentwood Associates bought 41% of Zumiez for $25.3 million, and three years later the owners made Zumiez a publicly traded company and raised $29.7 million in the initial public offering.

Today, Zumiez is one of a few publicly traded skate-related companies (Vans and Globe are among the others), and Zumiez 100k has essentially taken over Agenda as the number one skate industry social event of the year in America.

Although Zumiez wasn’t created inside the skate industry, it’s very much a part of it. And as such it affects not only the business side — skate shoe brands, hard goods brands, skate shops — but consumers, communities, and skateboarding culture in general. Depending on who and where you are within the industry, Zumiez has the power to either help or hurt you.

When we interviewed DC Shoes founder Damon Way last year, he said didn’t think “a footwear brand could exist in this space without being in Zumiez.”

Kevin Furtado, the founder of State Footwear, told me how Zumiez can help skate brands develop the financial security to stay involved with actual skate audiences – an ends justify the means type of scenario. “Having a large customer like Zumiez is not just larger orders, but prompt payments and timelines. As a small business, I need to make sure these things are being met as well. Those benefits allow me to flex a little more for independent [shops] that I could not do alone.”

According to Damon and Kevin, both big and small skate shoe brands need to be in Zumiez if they want to survive. They need to share the shelf space alongside huge companies like Nike, Converse, and Adidas, and they have sell to at least some of the same customers in order to remain competitive in the footwear market. 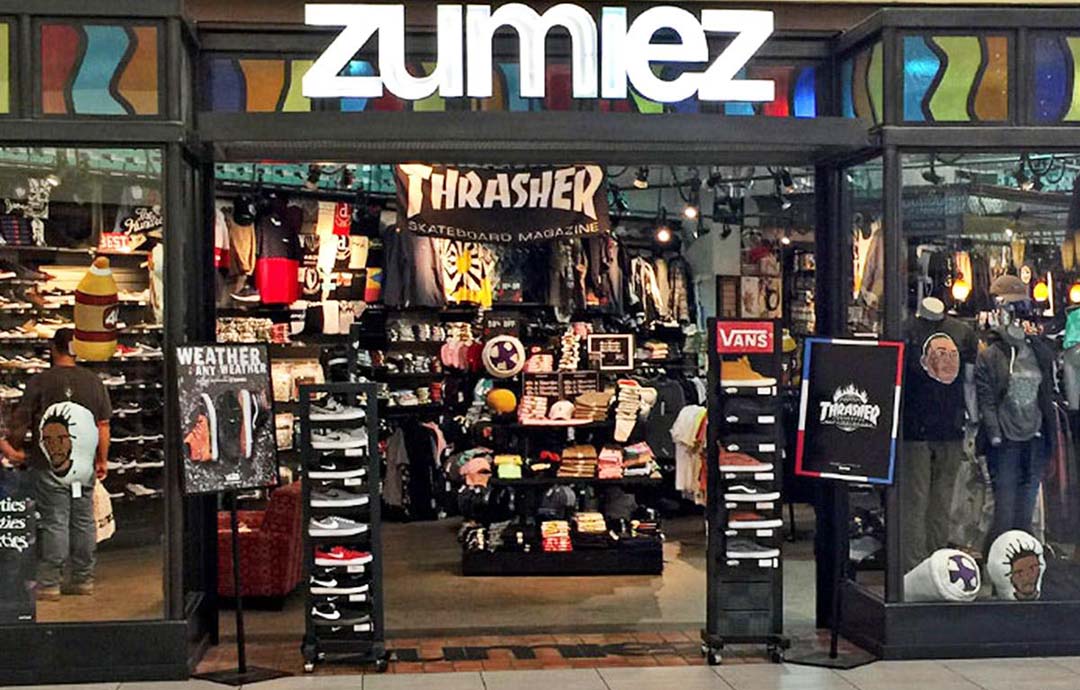 For hard goods brands, most well-established ones are currently in Zumiez. Those that aren’t — such as Polar, Quasi, 917, FA, Hockey, and Bronze — are succeeding in their own rights, but they also carry some of the most clout in skating today. If a hard goods brand can’t attain that level of cultural excitement, they probably need to sell to Zumiez if they want to afford everything expected of a legitimate skate brand: supporting their riders, going on tours, and producing videos.

So regardless of how they feel toward Zumiez, most established hard goods brands, just like shoe brands, seemingly benefit from having them as a customer.

Younger hard good brands may see selling to Zumiez as a quick way to build recognition and reach more consumers. However, as Josh Stewart of Theories of Atlantis distribution told me, letting Zumiez blast your small brand to the world won’t guarantee success or money, and could end up tarnishing your reputation.

“With those large orders, you end up flooding the market with your brand’s products. You will potentially disenfranchise most of the core shops that helped get your brand to the level of popularity it’s gotten to, and you have to accept a much cheaper price per unit,” Josh said. “You’re selling twice as much product as before, but you’re only making one-fourth more money, while also doubling the cost of your production invoices. Once you analyze the whole scenario, you’re not making much profit in the long run.” 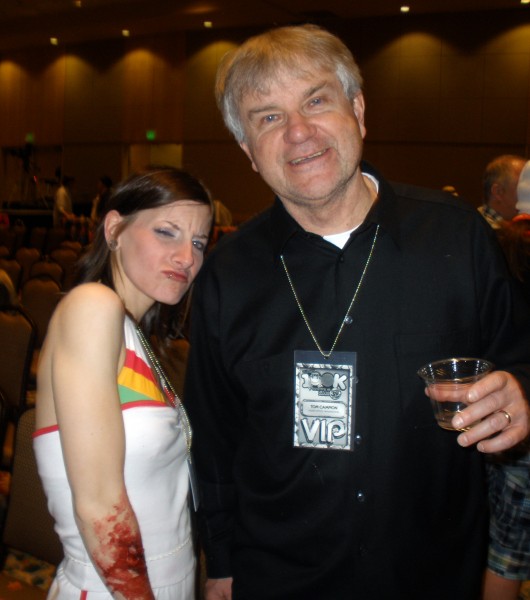 “That big chain store is getting much cheaper prices than the core shops that supported your brand from the beginning,” he said. “Those shops are finding it harder and harder to compete, so some of those shops stop ordering from you, and some of them go out of business. It puts a big strain on the whole delicate ecosystem we call the skate industry.”

Skate shops are crucial parts of the skateboard industry, but they’re also crucial for skateboarding culture, so no matter how little or how much you’re invested (experientially, emotionally, or economically) we need skate shops around.

“Core shops offer a sense of community,” Josh said. “And typically the employees and owners help curate skate culture for their area, giving a sense of local personality to that scene. They also are instrumental in helping get local skaters recognized and sponsored. The importance of shops like that can’t be overstated.”

[Zumiez] can be a beneficial partner for shoe companies and some hard good companies, but they’re possibly detrimental to skate shops…

Stuart Martin agreed that Zumiez doesn’t provide all the same functions as a skate shop. “The Zumiez experience and the specialty shop experience are really different,” he said. “The number one thing we do is make sure the best brands in skateboarding have solid business. We’re not trying to be a specialty shop or replace all the vital things they do for skateboarding.” However, that doesn’t mean Zumiez doesn’t affect skate shops and communities.

Some time ago, Zumiez reached out to Josh in hopes of working together. “They said we could do it slowly and introduce our brands to the [Zumiez] shops that aren’t close to any core stores, so it wouldn’t affect real skate shops or bum them out,” Josh said. “And they also offered to make their first couple of purchases at our regular shop pricing. But they did admit that after their first couple of initial orders they would expect to start negotiating cheaper pricing.”

I asked Josh if it was strictly a business decision for him to not work with Zumiez, but he said it was a moral one as well.

“Going to small underground skate shops as a kid and knowing how important they are for building the culture in small cities, I want to support that tradition and keep skateboarding feeling like an underground counterculture. But I also feel like if we continue to look out for the smaller, core shops who supported us from the beginning, they’ll continue to back us. That might be naive, but it makes us feel better because either way we’re never going to get rich doing this so we might as well feel good about the way we do things.” 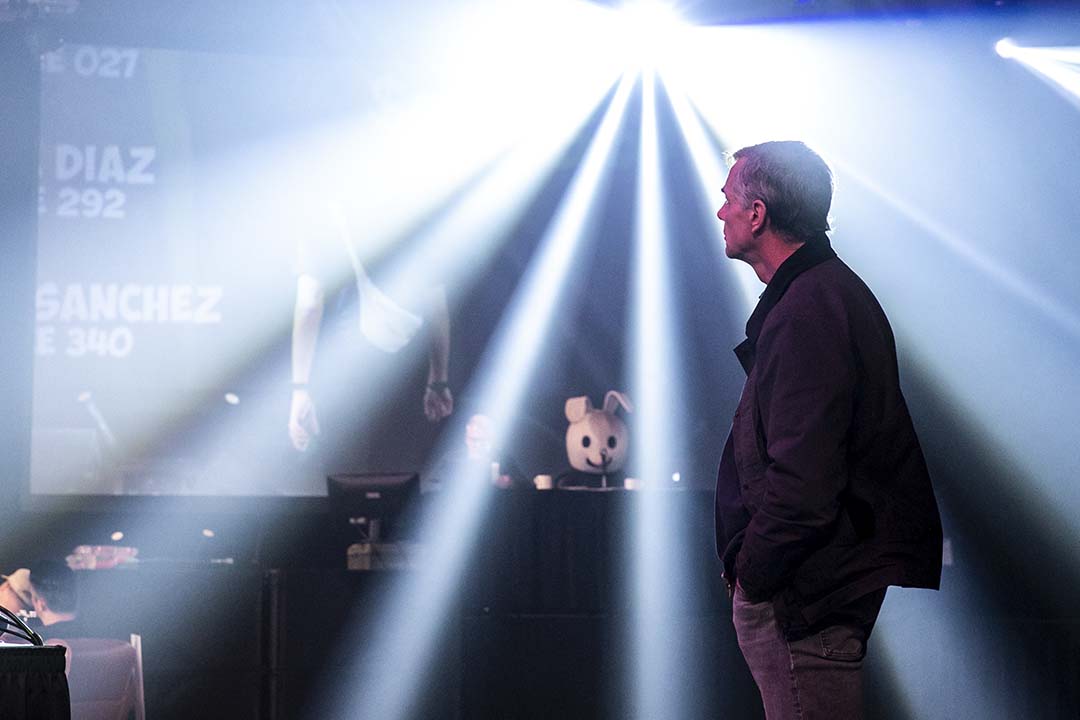 As far as Zumiez’s community involvement, they hold Best Foot Forward contests that give local ams around the world more chances to be seen, and they host signings when big teams are in town. Unlike most skate shops, Zumiez doesn’t sponsor skaters. And while Zumiez occasionally puts on video premieres, art shows, and social events, they don’t do so as frequently as skate shops or with the same level of local engagement. However, not for nothing, Zumiez does have a foundation that donates clothes every year to people in need. In 2018, they gave away over 200,000 pieces of clothing to 200 different communities.

There is no easy answer to the Zumiez question. They can be a beneficial partner for shoe companies and some hard good companies, but they’re possibly detrimental to skate shops, and they don’t maintain authentic skateboarding culture in a meaningful way.

Anyone can go into a Zumiez and learn about skateboarding on a surface level: what some of the brands are, what the latest big video is, and maybe some deeper pointers from employees who skate. But hanging out at a skate shop and becoming friends with the people who frequent and work there is still one of the best ways to absorb the culture of skateboarding and feel like you’re a part of skateboarding, rather than buying into it.

For the skate industry, Zumiez is something they’ll be grappling with for a while.

But for individual skate consumers, they can at least rest assured knowing Zumiez helps bolster many skate brands’ financial stability. And if they prioritize the history and future of skateboarding culture, but don’t have a skate shop in their area, they can buy from skate shops with online stores instead of hitting the Zumiez at their mall.

And if they really want to take the extra step in keeping skateboarding weird and exciting, then yes, they can also try to get away with taking a dump inside a Zumiez. (Just don’t tag us if you do this.)