FINGERBOARDERS NOW HAVE THEIR OWN EPICLY LATER’D (SORTA)

As you may know, we don’t usually post anything we didn’t create or pull out of our own ass, but every now and again we come across something that is just simply too good to pass up sharing with you guys.

This week, Aidan Johnston and Chris Wardle from Toronto, Canada, emailed us a hilarious mockumentary he put together with his friends spoofing the familiar format of Epicly Later’d and skate vids like Transworld’s Anthology. It chronicles the life of the fictional, fast-living fingerboard pro Chad Montie, who is basically, the fingerboard world’s equivalent to The Muska.

Chad’s tale, filled with all the ups and downs that professional fingerboarding apparently brings, had our generally jaded minds laughing all the way through, and we were blown away by the attention to detail and fingerboard spoof products they made for the mockumentary. These guys really nerded the fuck out, and it’s well worth the watch to support this imaginative project in the too-conventional mill of serious skate content. 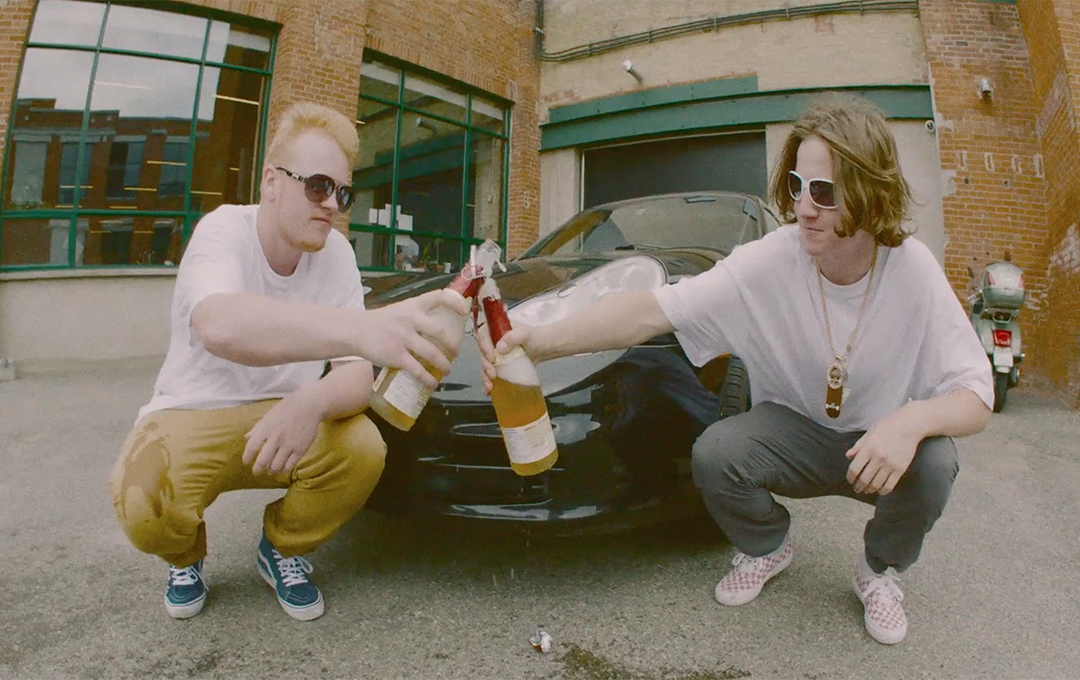 Do you ever worry about fingerboarders banding together and beating you up for making a mockumentary about them?
Every damn day. Even before I made a mockumentary on it. The thing with fingerboarding is you can be so discreet with it, so you never know who’s walking down the street with a fingerboard in their cargo pocket ready to truck fuck ya.

How’d you settle on Chad Muska as the main parodied subject?
It’s not actually really a parody of Muska, but more an amalgamation of a lot of narratives from skateboarding. Like the whole ‘reality show’ section is a takeoff on MTV’s “Life of Ryan”; the dropping in off the drone a riff on Danny Way; the whole fashion “Superb” shop is a play on Supreme culture and so on. We used Muska’s deck because we wanted something that would be immediately iconic and recognizable from the era of skating we grew up in, and the silhouette graphic was easy to replicate without changing too much of what makes it great.

Learning about the fingerboard subculture to properly parody it, was there anything you noticed or learned about pro fingerboarders as a whole?
The trick selection actually differs a lot, even though it’s based on the same principles as skating. Some of the lines I watched people do reminded me of EA Skate or THPS runs. I was amazed at how legit the setups have become as well. It’s proper layered wood, urethane wheels and soft grip instead of the sandpaper that used to be on tech decks. There’s a lot of independent little companies throughout the world doing things properly, and it has really brought together this tight global community of fingerboarders. It’s so fascinating. Halfway through filming Chris (the co-director) said we should just be making a straight-up documentary on fingerboarding. There are so many interesting characters and stories. 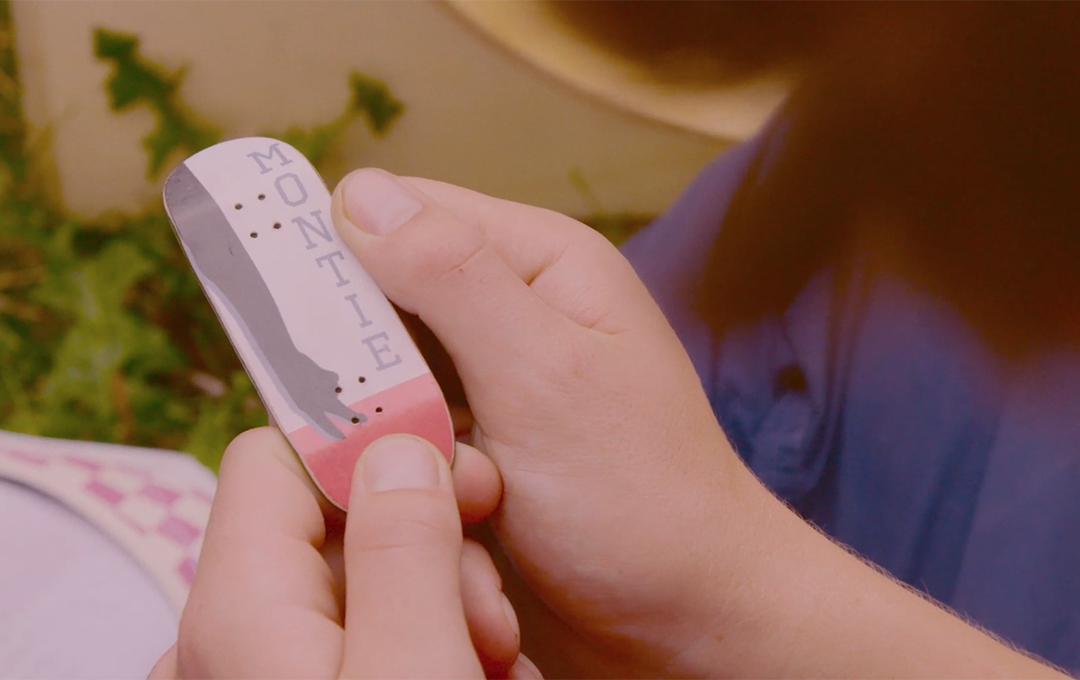 Have you gotten any hate from some of the real pro skaters you parodied, or anyone who was hyped?
We haven’t heard anything yet, but we’re hoping that everyone gets that we’re doing this from a place of admiration and more so to spotlight what a fucking weird and crazy world skateboarding can be.

What’s really been surprising is the positive feedback we’ve gotten from fingerboarders though. We met some really amazing and talented fingerboarders through Instagram who did a lot of the “hand doubling” and really made this thing possible. Their scene runs as deep as skating. The dude from Five Luck fingerboards who made our Chad Montie pro model has already been getting requests for that deck, which is so lulz.

We kind of set out with the idea that you can’t really nerd out on skating as hard as everyone does and think less of fingerboarding for some reason, cause at the end of the day we’re all mostly grown adults playing with wood and wheels, but meeting all these dudes and seeing the sponsors, teams and community they’ve developed made it even more real.

Written by: Nick Genova and Aidan Johnston
Directed by: Aidan Johnston and Chris Wardle
All sorts of crap over on our Facebook.
Get brainwashed on Instagram and Twitter.