THE JENKEM RECORD IS HERE! 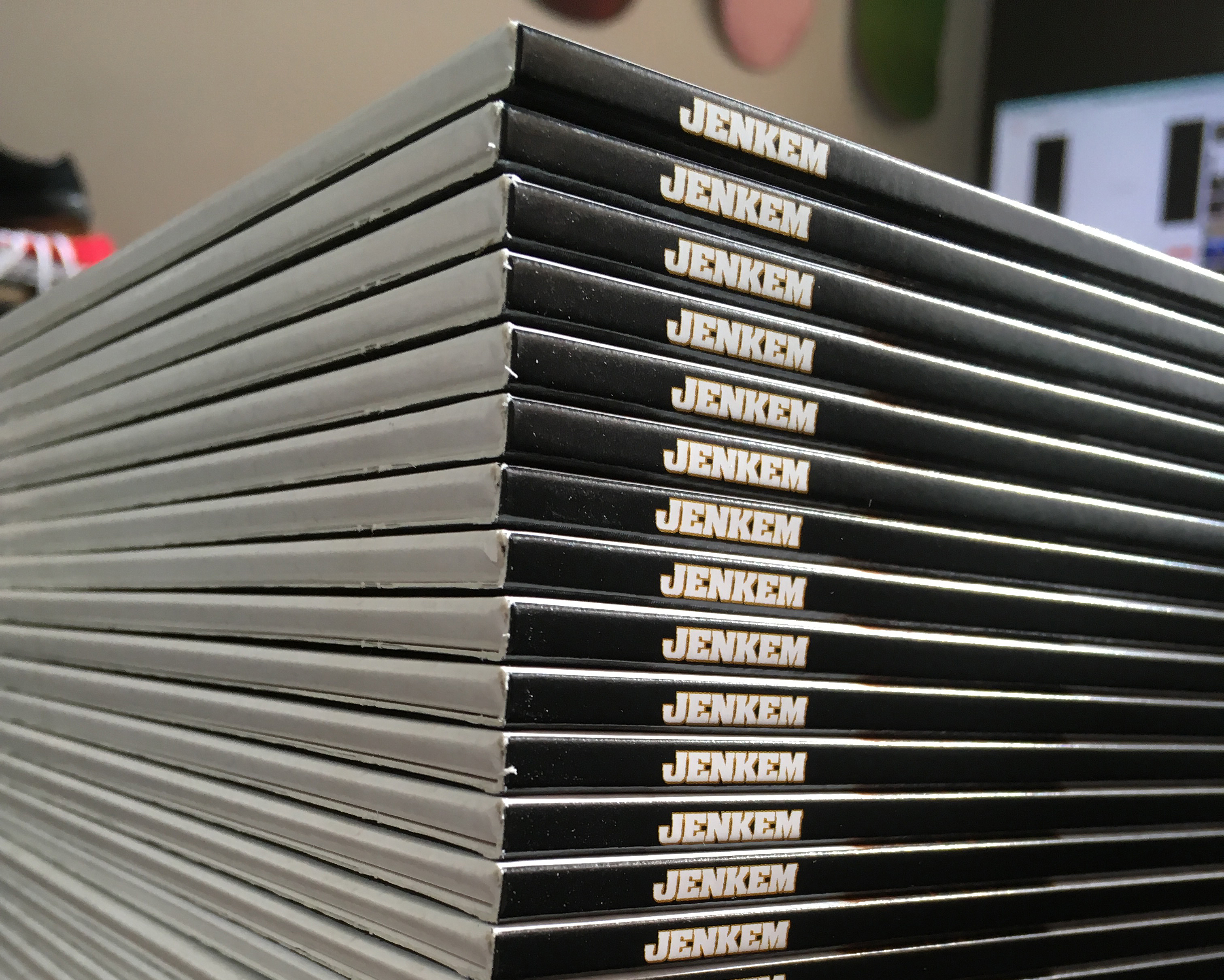 Don’t know if you’ve heard, but today we just released our very first record! It’s great and gold (in color, not sales) and features 19 songs from skateboarders that just happen to make good music.

Now, you may have glanced at the tracklisting and said something along the lines of, “Who are these dudes?”, which is kinda what we wanted when we picked them out of the hundreds of submissions we received from our friends and readers. Sure, we could’ve made an album with some superstar skater/musicians like J. Casanova or Bieber, but this just seemed more exciting and felt good to promote DIY musicians like you or me.

For those that pre-ordered the vinyl already, we’ll be hand packing all of those orders today. For everyone else, you can officially buy / stream the full album now on iTunes, Spotify and anywhere else where digital music is available.

If you are still interested in getting a hard copy of the double LP in all its physical glory, we have about 40 of the original 300 batch still remaining from last week, so order soonish or forever hold your peace. These will not be repressed. 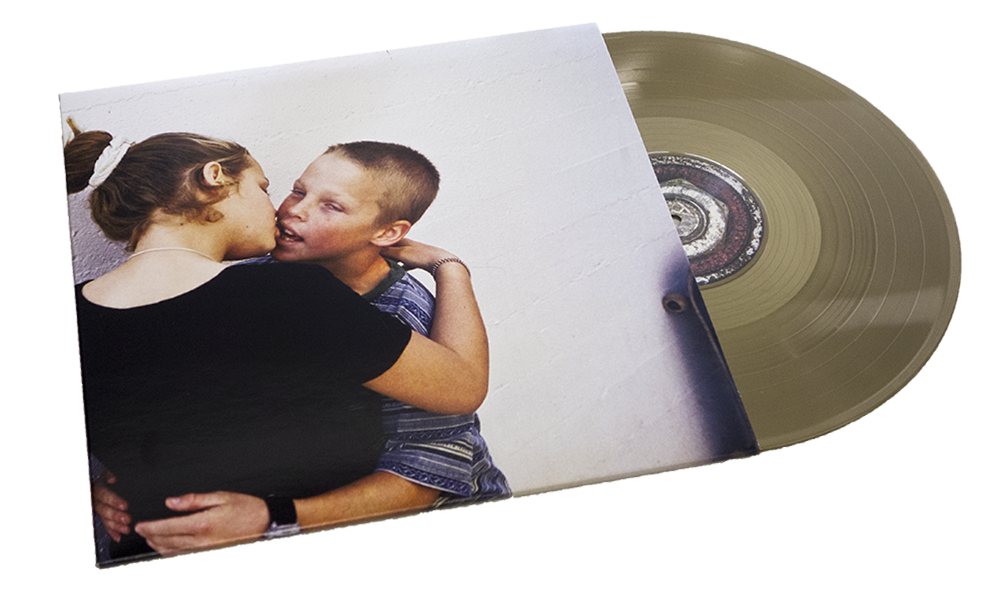 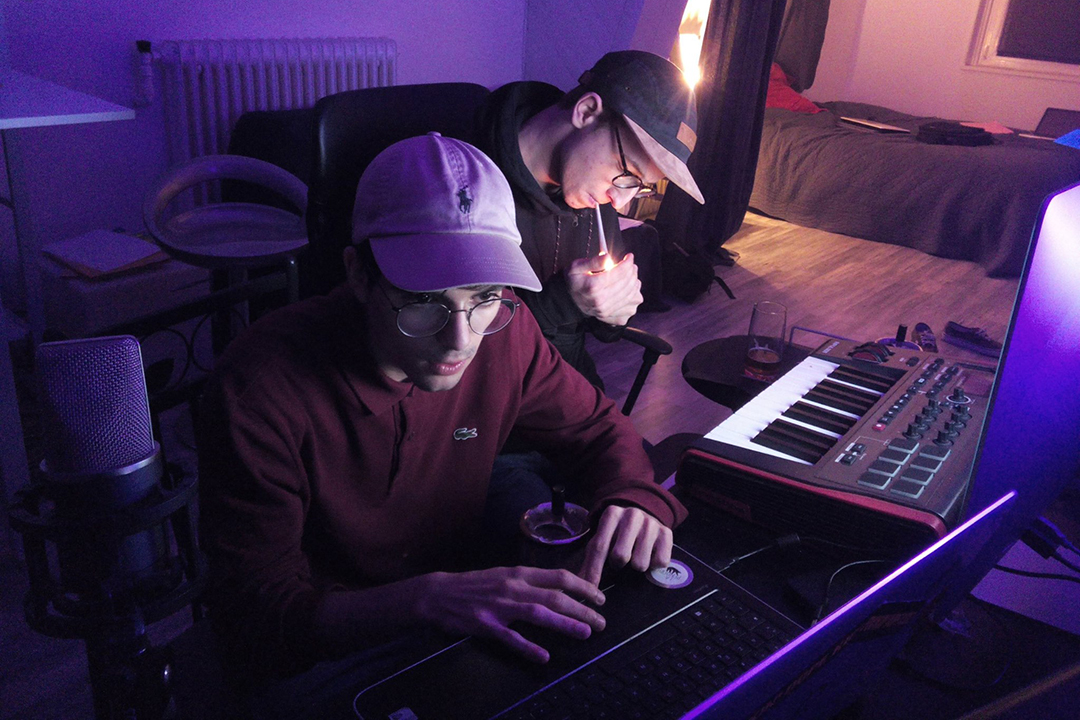 How long have you been making music?
I’ve been making beats for a little more than a year, I think I started around summer 2015 or a little after that.

Where are you from?
I’m from the northeast of France. My hometown is Saint-Dié, but I’m currently living in Nancy.

How did you or your crew get into making music?
I started playing instruments like bass and guitar when I was a little kid, so I was always into music I guess. I started making beats when I signed up on Soundcloud and discovered a bunch of really talented producers, such as DJ Smokey, Mr Carmack, Grxgvr, Myrror, and a lot of others… They all inspired me to start making beats, so I ended up downloading FL Studio 11, the same version I still use today.

Favorite skate videos or parts?
Baker 3, because it was my introduction to Chopped-n-Screwed and old Memphis rap, and of course all the parts are dope as fuck. Flip Sorry, mainly because of that Tom Penny part (probably my all time fav skater). And then Shorty’s Fulfill the Dream.

Where can people listen to more of your music?
My soundcloud. 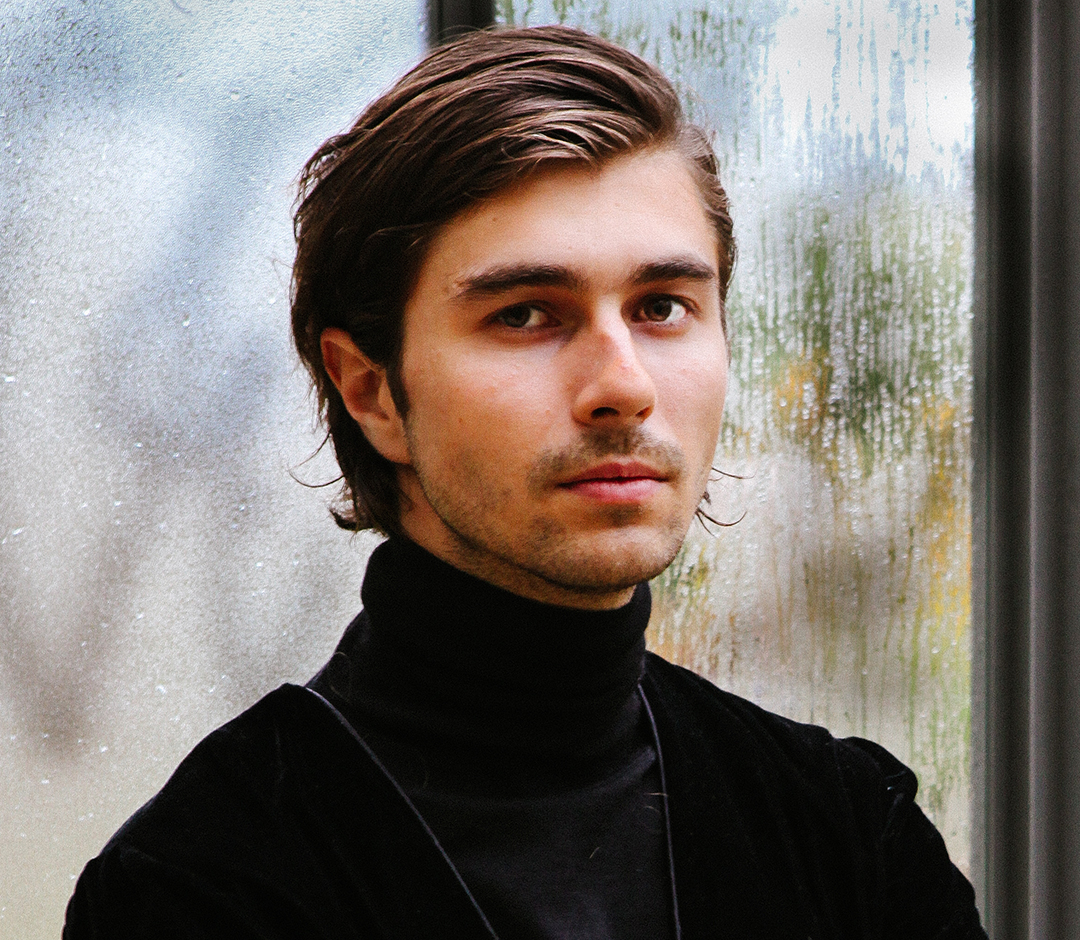 Where are you from?
The project has always been my own – for the live show I always get help from friends – it originally started in Montreal and has existed in Vancouver and now in Toronto.

How did you or your crew get into making music?
I was on a skate trip in Barcelona filming for the Studio video… Jesse Landen brought his acoustic guitar and that was my introduction to playing guitar. 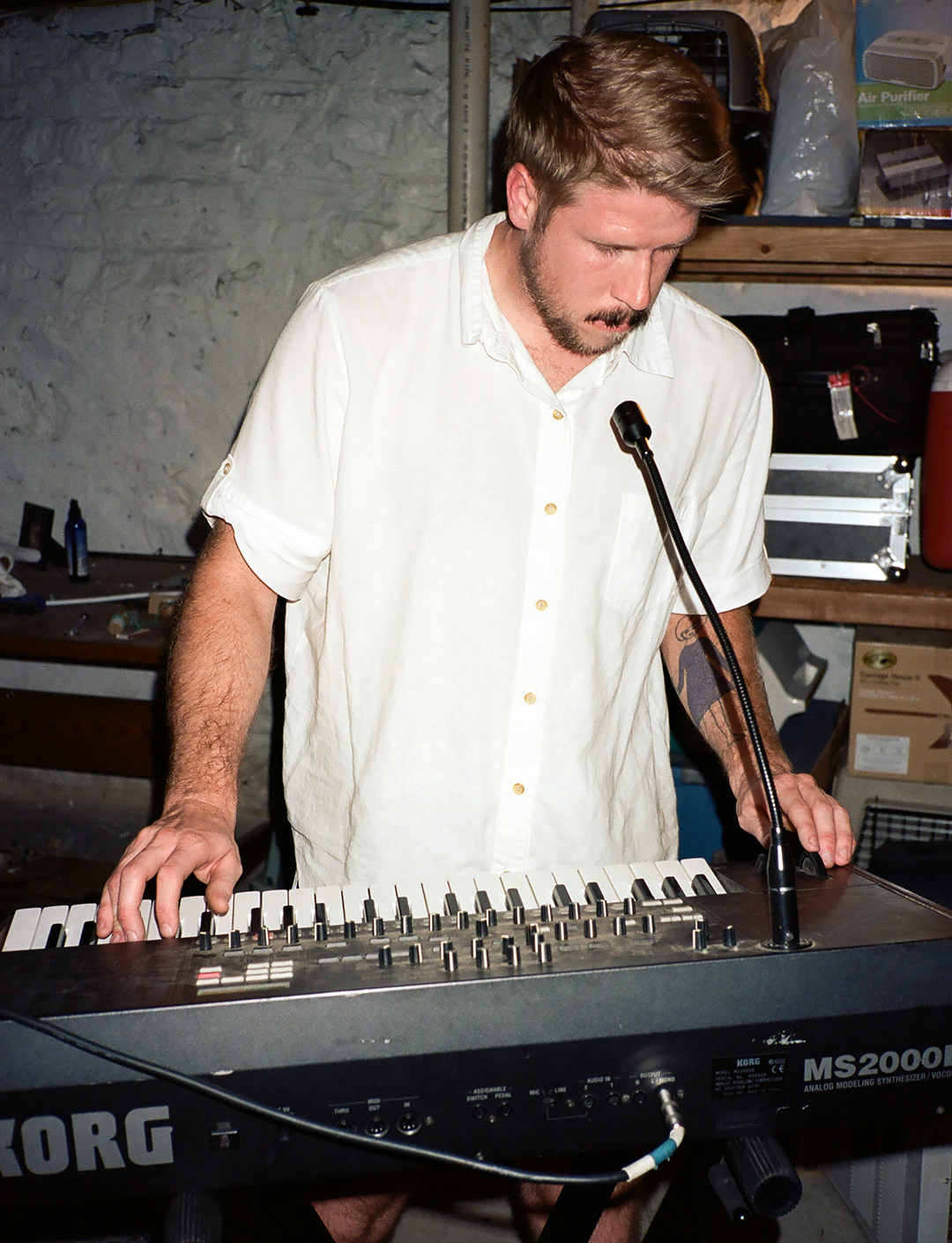 How did you get into making music?
When I was a teenager I was obsessed with hip-hop & a friend of mine introduced me to a game in which you could sample & arrange your own beats on called MTV’s Music Generator. I played it night and day for a few years until a friend let me borrow his Micro Korg. Haven’t been able to stop buying, selling, playing & obsessing over synthesizers since.

Favorite skate videos?
Videos that changed my life and inspired me most were Mouse, Fulfill The Dream, The End & the P.J. Ladd vid. My friends inspire me most now.

Biggest turn-offs?
Injuries. Not being able to skate or ride my bike makes me sad.

Where can people find clips of you skating?
Google me [Ryan Sublette] if you have absolutely nothing better to do. 😎 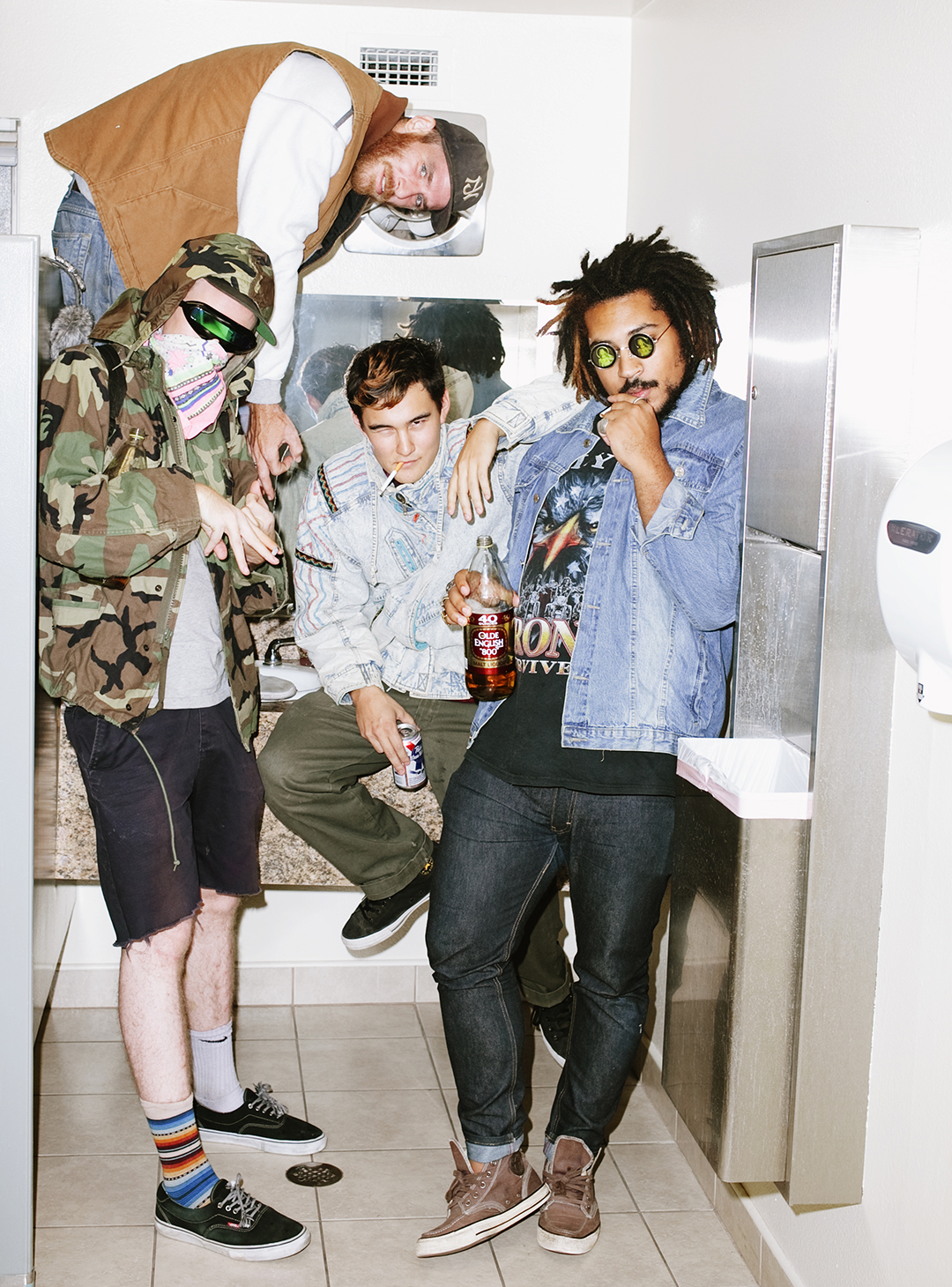 Where are you from?
Phoenix, Arizona.

Favorite skate videos?
My first love was Fulfill The Dream. I started skating pretty young and Shorty’s was the hottest shit out. Flip’s Sorry is arguably the best video of my generation, music selection included. Kirchart’s always been really good at pairing music to his parts. I’m thinking skating to “Knights In White Satin” and his song from This Is Skateboarding. Oh, and Rodrigo Texeira’s part from The Firm’s Can’t Stop, where he skates to the Portuguese song. If I’m playing a skate event I usually throw that song in the mix and watch like ten dudes lose their minds for a second.

Biggest influences?
All of my friends, and not having cable or a computer as a kid. 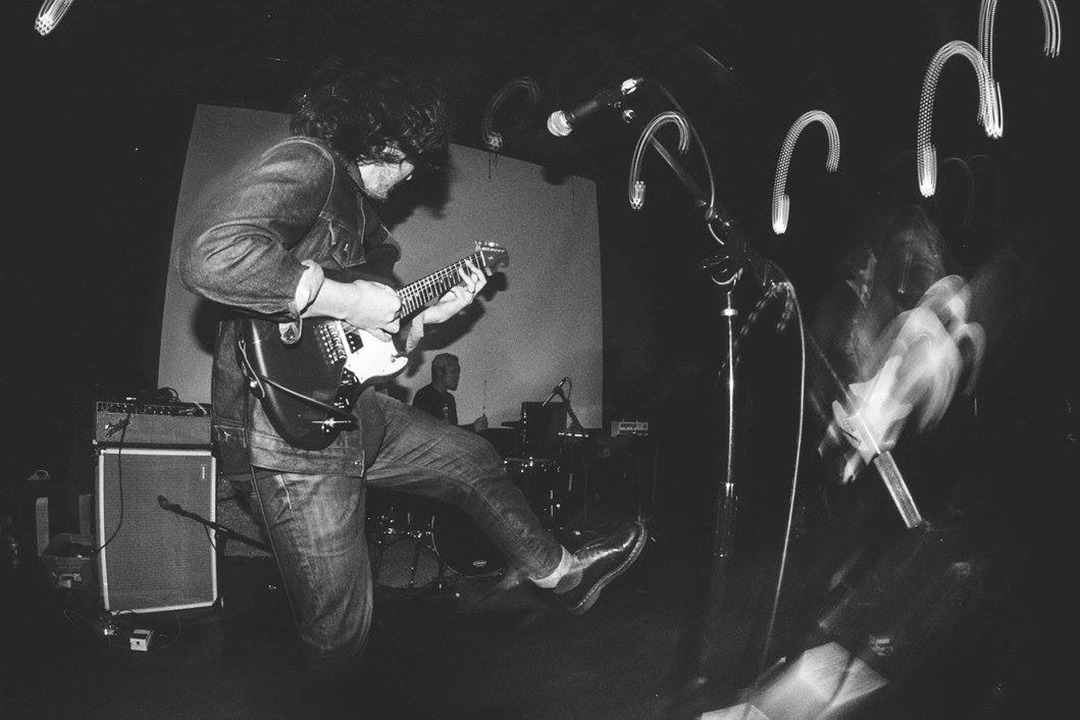 How long have you guys been making music?
We’d been friends for a while, maybe 5-10 years, and then sometime in August of 2013 we basically piled into this shitty studio in Orange County and in three days had written our first album. We recorded it in like 2 hours a month later.

Where’s your band from?
We all grew up in the suburbs around Los Angeles and Orange County. Right now, two of us are in North OC and the other is in the South Bay.

Favorite skate videos or parts?
All the Antihero videos, Tent City, Cow, Fucktards… I think Cow might have been the first time I ever heard Void.

Biggest influences?
The Beatles, The Buzzcocks, The Ramones, The Undertones, The Replacements…

Biggest turn offs?
Trump, morons who defend him, and people who don’t like Mexican food. 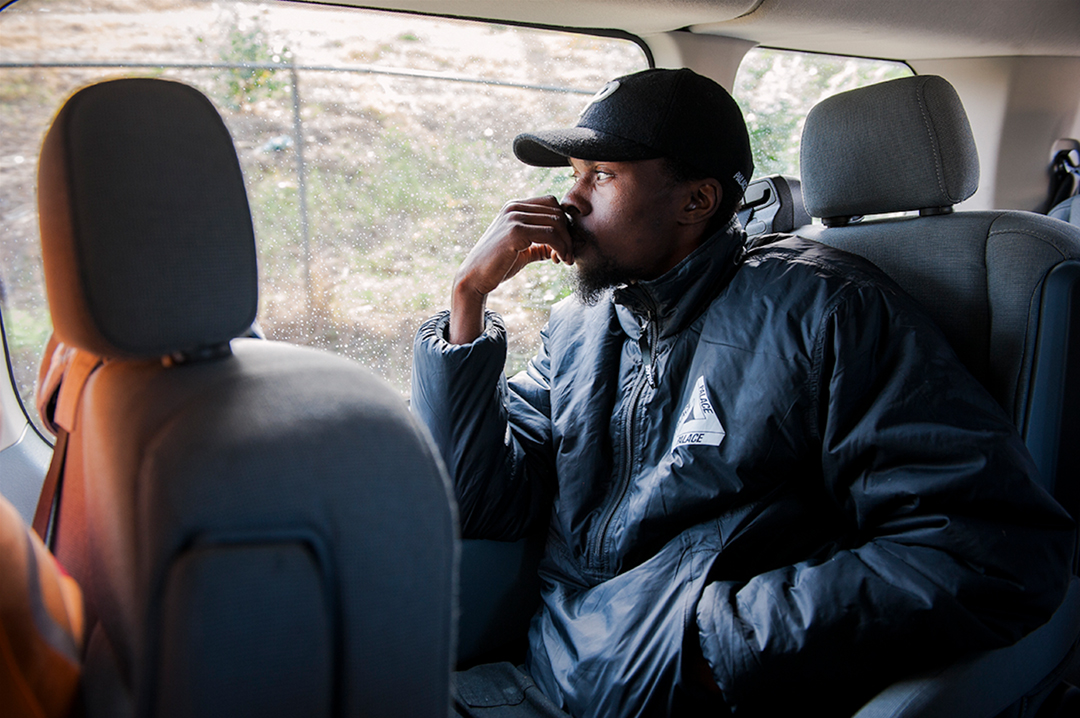 Where are you from?
I’m originally from Newark, Ohio but I currently dwell in Philadelphia, PA.

Favorite Skater?
I got into making music when I got MTV Music Generator for PlayStation one. That video game turned me into the multimillionaire super producer you see today.

Biggest turn offs?
My biggest turn off is probably nasty hands/feet. If a chick’s toes all crooked and her nails filled with dirt and hot cheeto dust I gotta dip.