WATCH A NEW VIDEO FROM THE TIMESCAN CREW IN JAPAN

When most of us think of Japanese skaters, we think of Yuto Horigome and the new wave of skaters who have been making names for themselves across the contest circuit. But that’s only a small fraction of the skaters in Japan. There are plenty of others who are actually on the ground, tastefully skating the crowded streets – Just look at Rob Taro’s Timescan crew.

In 2019, Rob filmed and edited the crew’s first self-titled full-length Timescan, and we briefly interviewed him about it. Now, they’re back with a new video to hold us over until their next full length. You might recognize some of the faces and names in this video, like the Hongo brothers, Shintaro and Masaki, who gave us a tour of their skate house a few months back.

Keep your eyes peeled for more Timescan videos because the new Japanese skate scene is so much more than a bunch of contest robots. 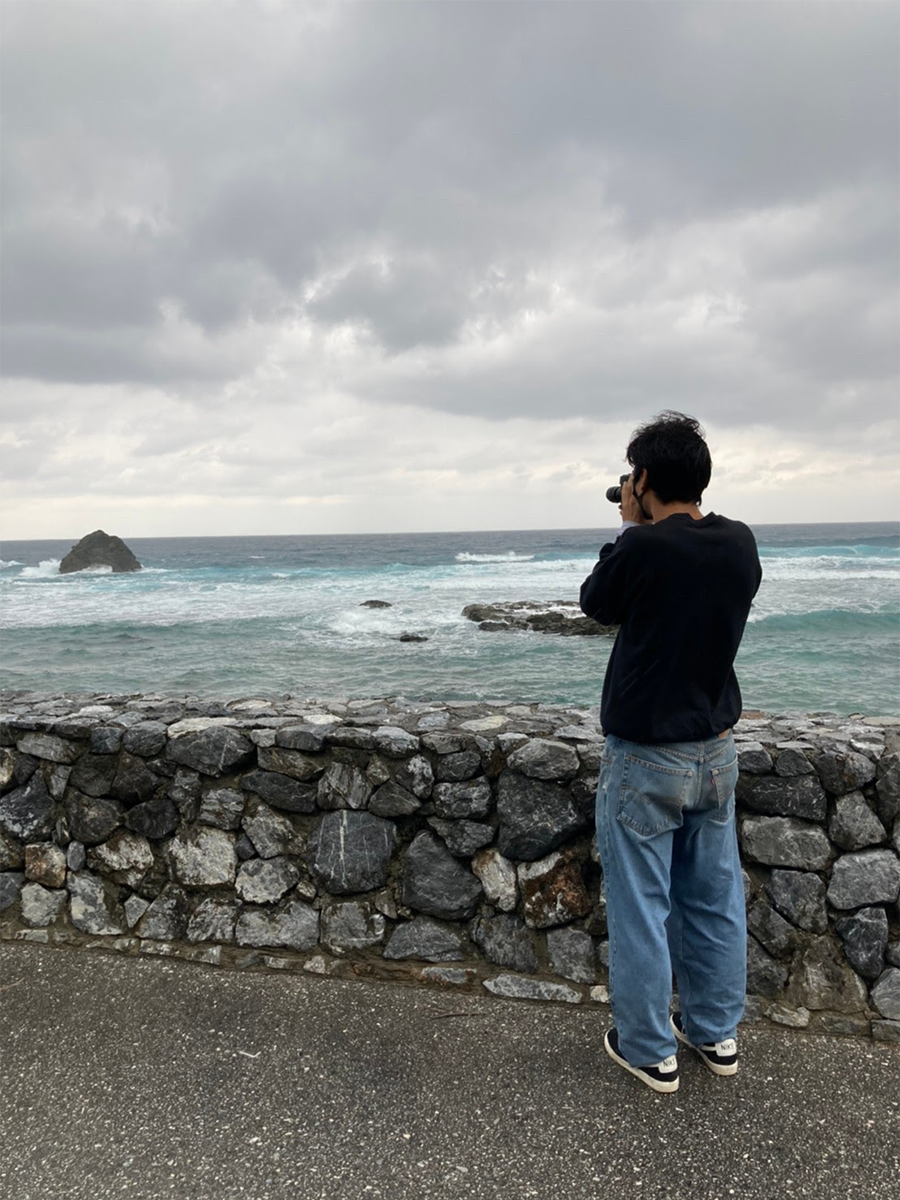 Are there any new trends in Japan since we last talked in 2019?
YouTubers [laughs].

Have you noticed any changes in the Japanese skate scene since the Olympics?
Honestly, not too much on us skateboarders, but it definitely made an impact on the overall population of Japan. The Olympics made skateboarding known to the public. At first, it seemed as if people were backing skating. But now, pedestrians think all skaters are drug addicts, felons, and don’t think of us very well. You get kicked out of literally everywhere – parks, by the water, under a bridge, even just by pushing on the street – and there have been some rumors that street skating will get a lot worse in the near future.

I believe the Japanese core skaters were actually super hyped about Japan receiving a lot of medals, and medalists such as Yuto are very respected.

What cities is this video filmed in?
Places in this video, from what I remember, are Tokyo, Yokohama, Kawasaki, Yokosuka, Ibaraki, Nagano, Niigata, Osaka, Kobe, Sapporo and Naha. 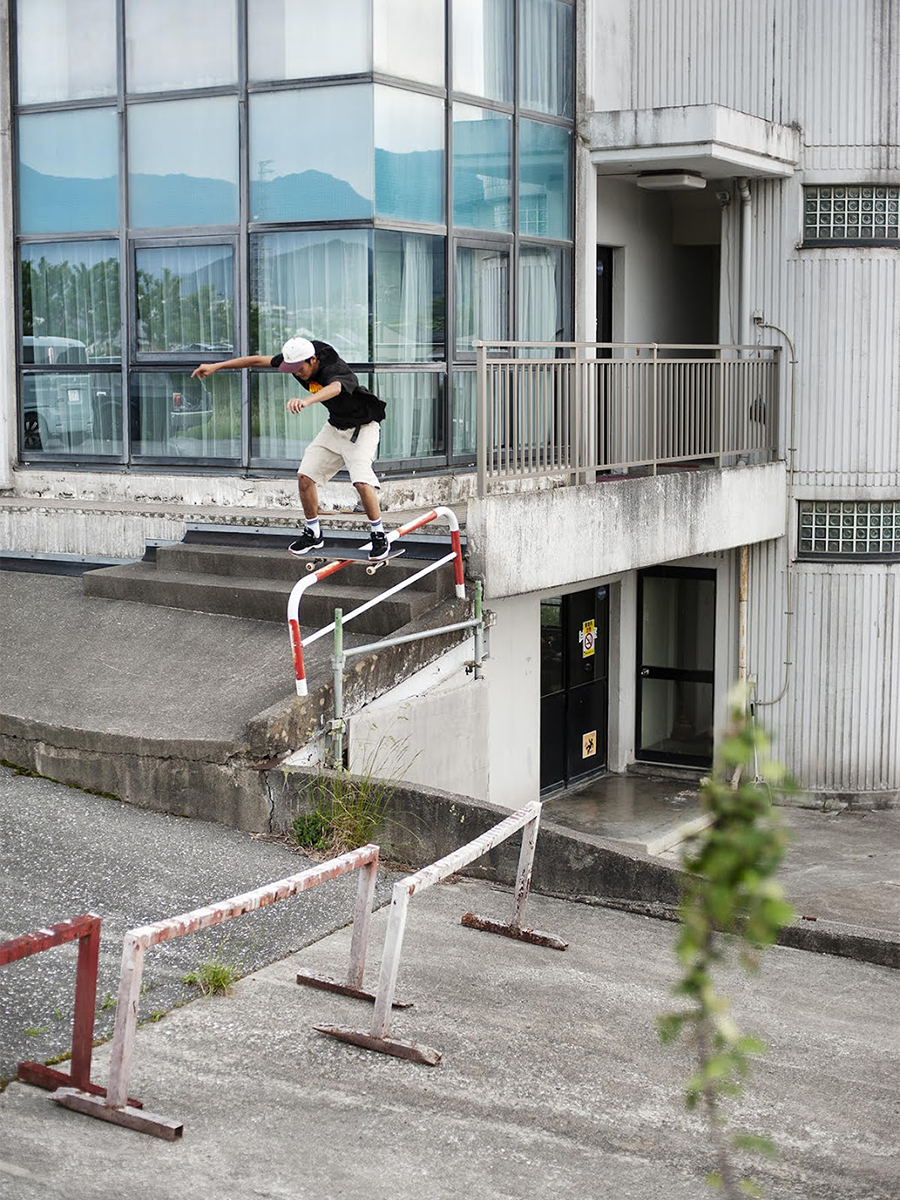 What camera are you filming with these days?
I have two cameras. For long lens, I used a Panasonic HVX200 for my first video, and not long ago I got myself an HPX175 (Japan version) because it’s a bit lighter. For fish, I use a separate camera, Nikon D600 with a 15mm Sigma lens.

You recently had an interview and some photos in a Japanese magazine, right? How does it feel to be recognized by the scene there?
Yes, I put down my camera and went on a lot of trips this year with my very good friends at Kawa, a fairly new magazine run by photographers Shinsaku Arakawa and Noriyuki Sekikawa, and filmer Hitoshi Nagaoka. Being half-Japanese, growing up in the States, it’s definitely a huge honor for me to be featured in the coolest skate mag out of Japan lined up with the top skaters in Japan whom I very much look up to.

Skate shops, please hit Kawa up directly! Their magazine is very entertaining, it highlights the current Japanese skate scene, and it is a piece of art.

Do you have any good stories from the time period you guys were filming this?
As I was driving with Shinsaku and the Kawa crew, I was peeking my head out the back window as we passed by this 200 year old lady who was mowing the lawn along the street. Next thing I know, I hear a loud ass bang and I turned around to find out that the entire back side window was completely shattered. I literally was a millisecond close to getting killed by a stone slingshotted by an elderly woman lawn trimmer. 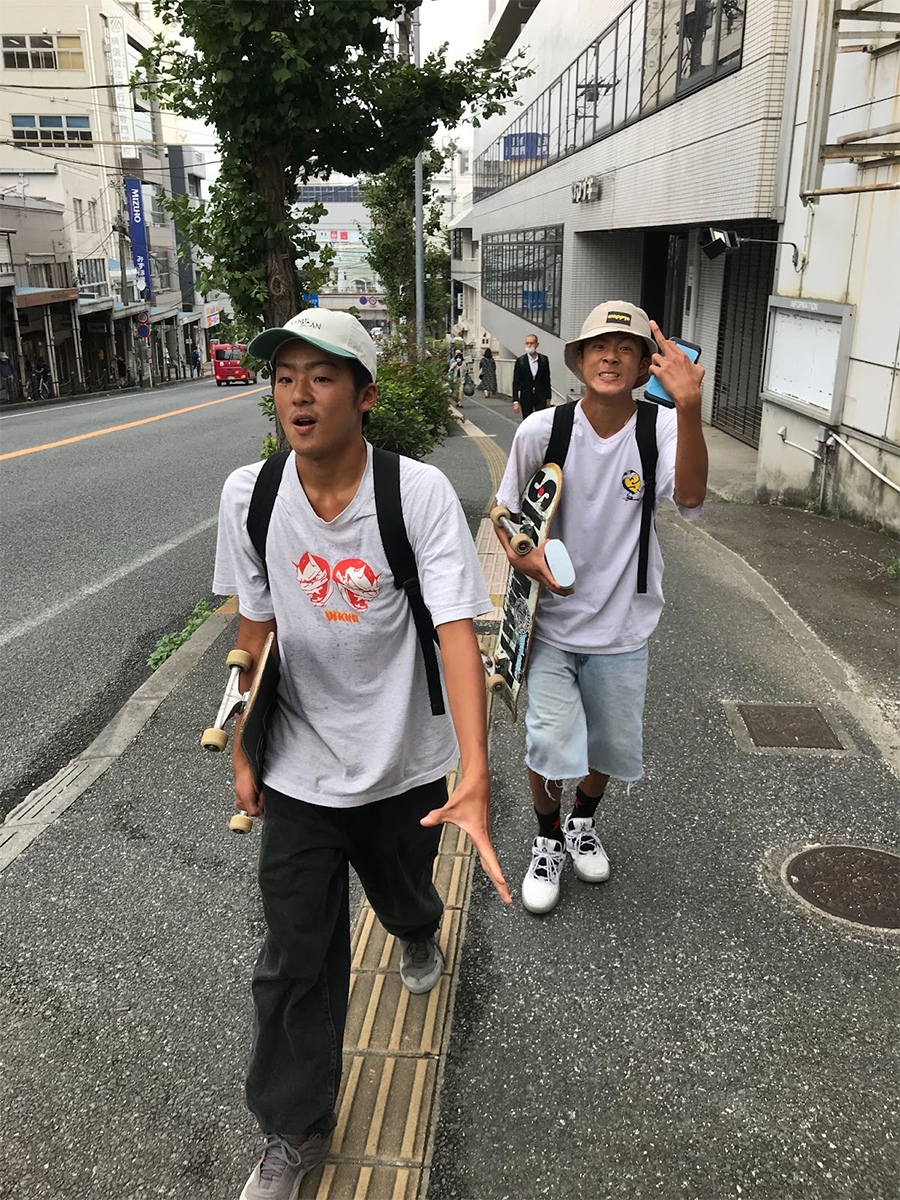 How is filming with the Hongo brothers?
It’s always an incredible time hanging out with them. They both are not only so incredibly talented on the boards in their own unique way, but also have such warm personalities. Filming them is easy work because they usually know what spots they want to hit and they land shit in like 10 tries.

When I’m skating with them at the park though, it can get a bit frustrating when they are cruising around doing mind-blowing shit nonstop in a line in front of your face [laughs]. They both have that character that you just can’t hate on. Just like any siblings though, there are some times when I get to see them fighting, which can be pretty entertaining to watch [laughs]. The older brother, Shintaro, I believe is really helping out the younger brother, Masaki, by guiding him in the right way. I’m really proud of them both and really looking forward to where they will be in the future.

What’s one thing that you’d like to let Western skaters to know about Japan that they might not know or have misconceptions about?
One thing for sure is how insanely difficult it is to skate here, especially the streets of Tokyo. It’s no surprise that most of the Japanese skate videos are filmed at night because of the instant aggressive kick outs. But as soon as you step out of Tokyo and the big cities, there is so much positivity and warmness, not only from the local scene but from people in general. That’s why I really enjoy going out on tours. 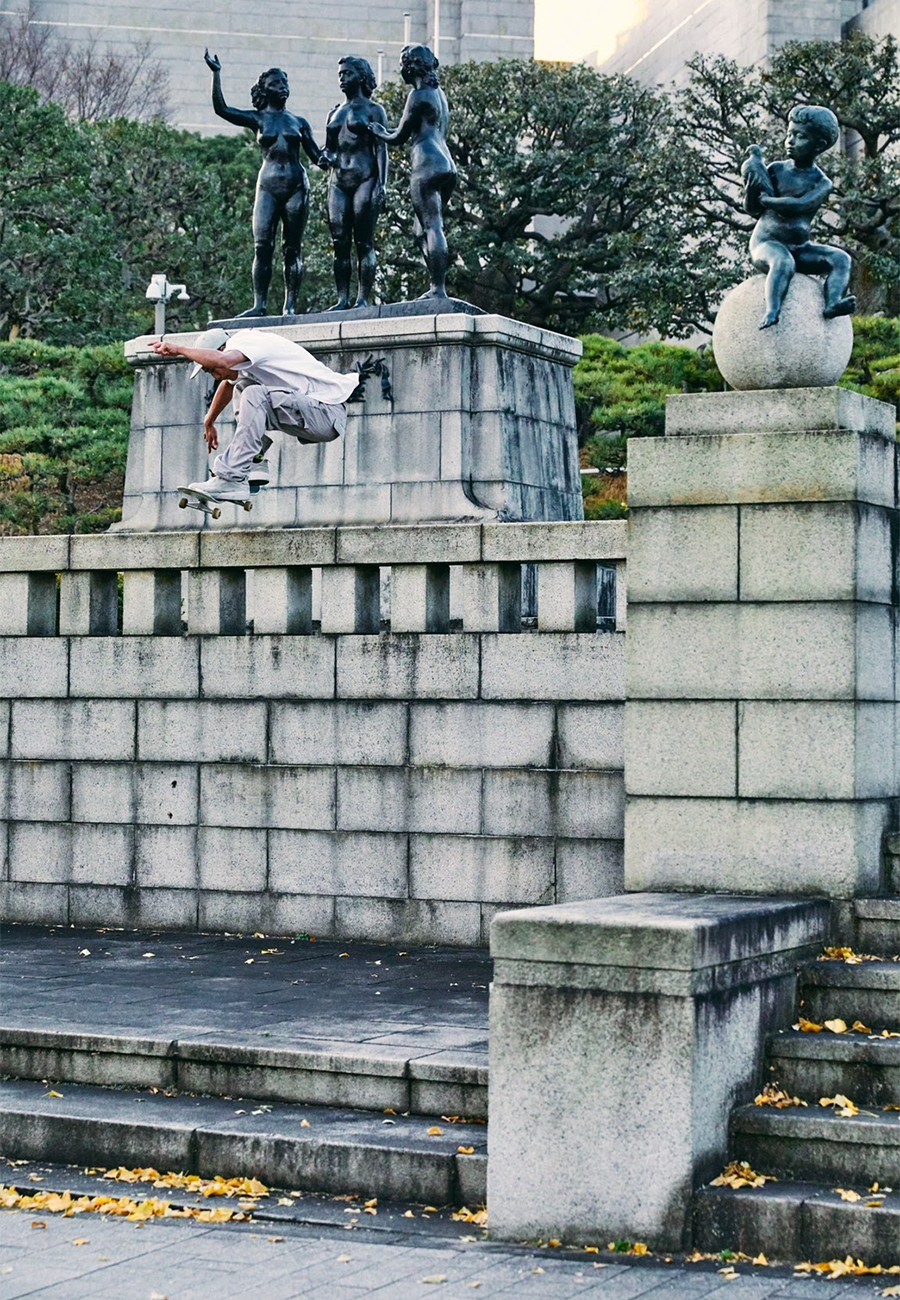 Last time we talked, you said that New York and East Coast videos have a big influence on skating in Japan – is that still the case?
Definitely, but not just New York skating. People, in general, are more likely to buy foreign brands since Japan is a non-English speaking country. It’s not that skaters want to support foreign brands rather than brands in Japan. Japanese skaters are also very supportive of Japanese brands, especially when it comes to the local skate shops.

I think New York and European brands are the hottest sellers in Japan right now, especially in Tokyo. You’d be surprised with how much some skaters know about skateboarding on the East Coast and Europe. They might know more about your local scene than you do! 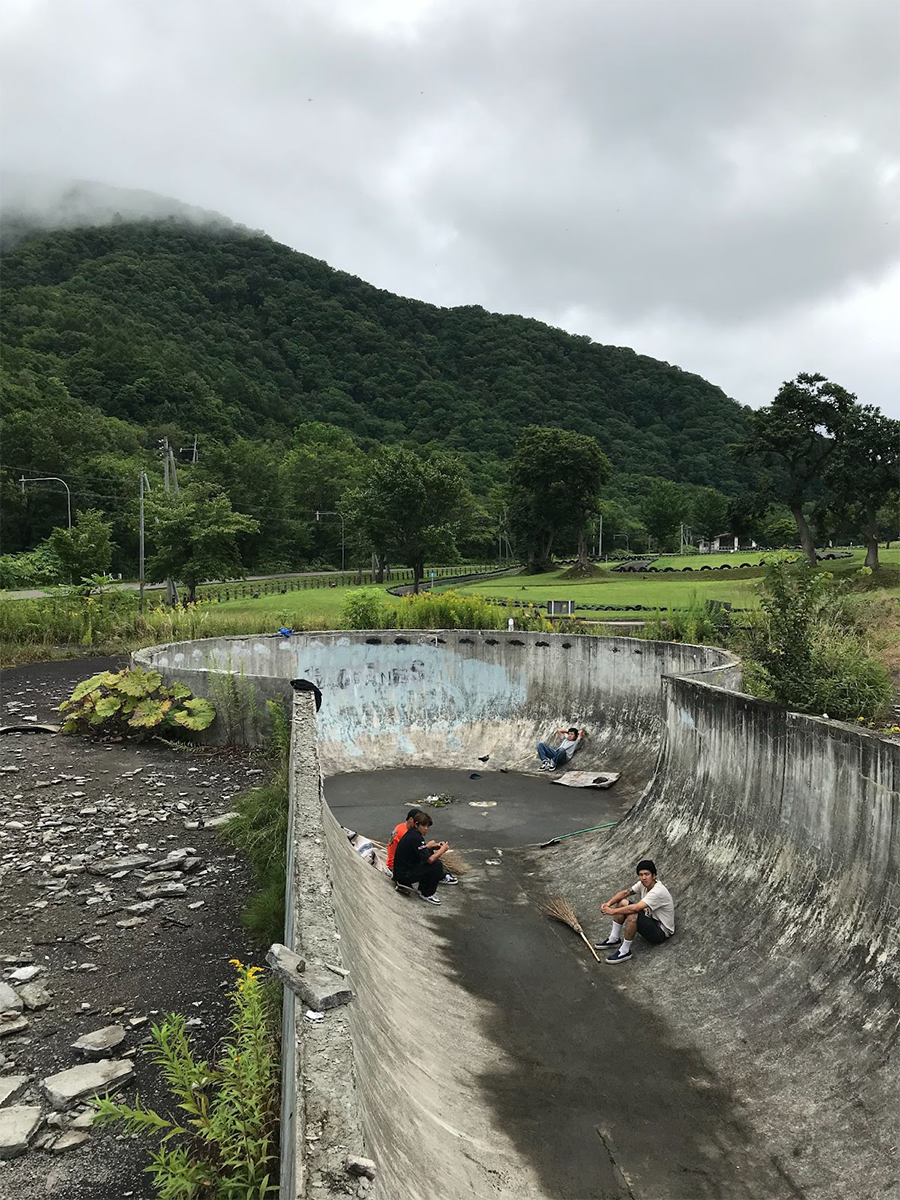 You threw in some 8mm footage in this video, what was the vision behind that?
Before I started filming, I used to shoot a lot of film photography. Something about film gives me a feeling of nostalgia. A flash of memory. Timescan to me is actually not just skating, but a way to keep track of where I have been and the people whom I have met. There is also that excitement for waiting for the footage saved up over the year to get developed. Super 8 and film in general to me help express what my memories were like on the road.

When you’re not filming and skating, what are you up to on a regular day?
Honestly, those are the only two things I have been doing lately. I’m completely clean now. I quit drinking as soon as COVID hit Japan. I’ve been putting 110% of my energy into skateboarding. It’s either I’m filming or I’m skating. When you are doing both, there’s not really much time to chill. 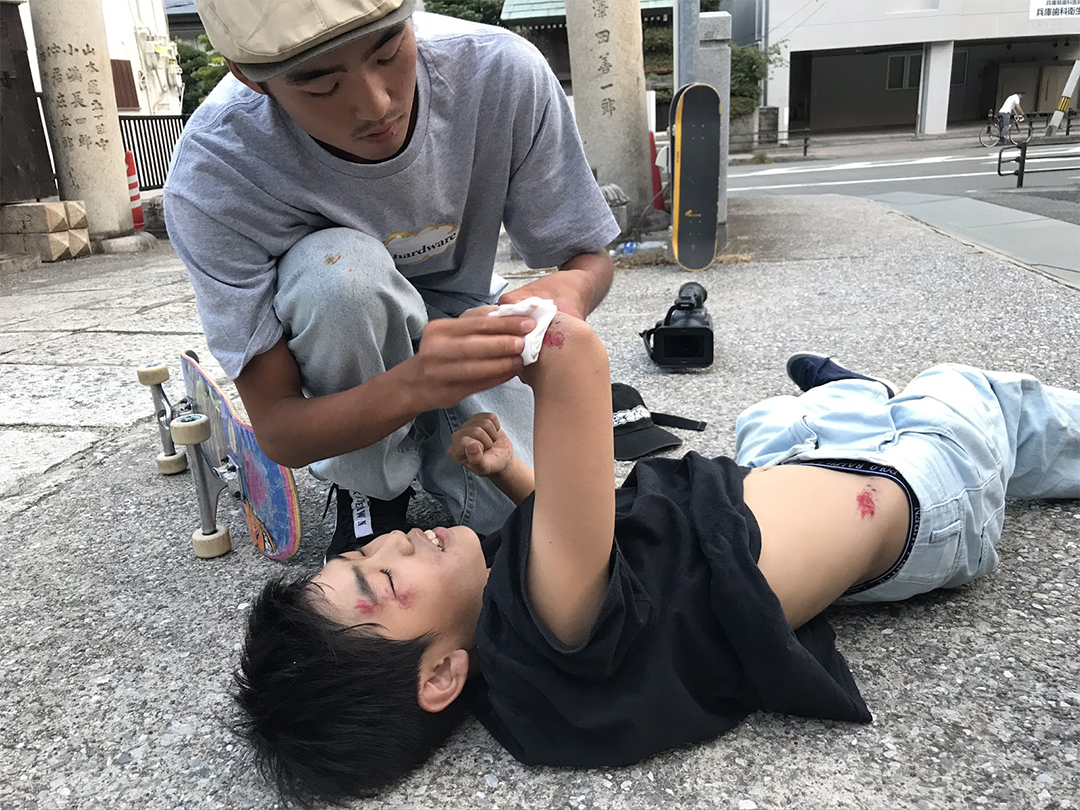 So what’s next for you and the Timescan crew?
The release of my first full-length video, Timescan, surprisingly had an incredibly good response, not only from Japan but from skaters all over the world. I realized that maybe I could really turn this into something, so I decided to keep it going using the same name. Ever since my first full length, I have put out some short skate clips, a documentary series, and I’ve been putting all my time and energy into filming for my next big project Timescan 2.

For Timescan 2 there will be new skate spots and faces to come along with the same original crew. I’m just constantly meeting new skaters and learning more and more about the Japanese skate scene as I travel. I’m working really hard to get this done in the near future, and my dream is to be able to premiere it all over in Japan and also back in the States, just like how I did for my first video.