If skateboarding is the art of kinetic meditation, of staying still while in motion, then making skate videos is the art of patient nostalgia-crafting, of moving others while they sit still. I spent most of my life doing both and, until recently, never thought I’d stop doing either—especially not the latter.

But alas, I’ve made a career in the film industry and it’s slowly tainted my relationship with my camera in the way, I imagine, some paid skaters’ relationships with their skateboards might be tainted by sponsorship.

So over the pandemic, I sold my camera, scoured my hard drives, and made a video of lost clips and forgotten trips I’d filmed over the years. And then it made me think about skate video-making since I’d started in the 2000s—how much had changed, how it all started, how much it had shaped me as a person.

I tried to write an accompanying article that showed how filming gifted me with the patience to survive a violent stepfather, the space to explore my Asian American-ness, and the opportunity to see the world for what it really is. But it got swirly, so I’ll save that for another time.

I invite you to view this video and read these liner notes as a kind of archaeological stratum dedicated to a certain generation of skate filmers. I hope you will be moved.
– Bing Liu 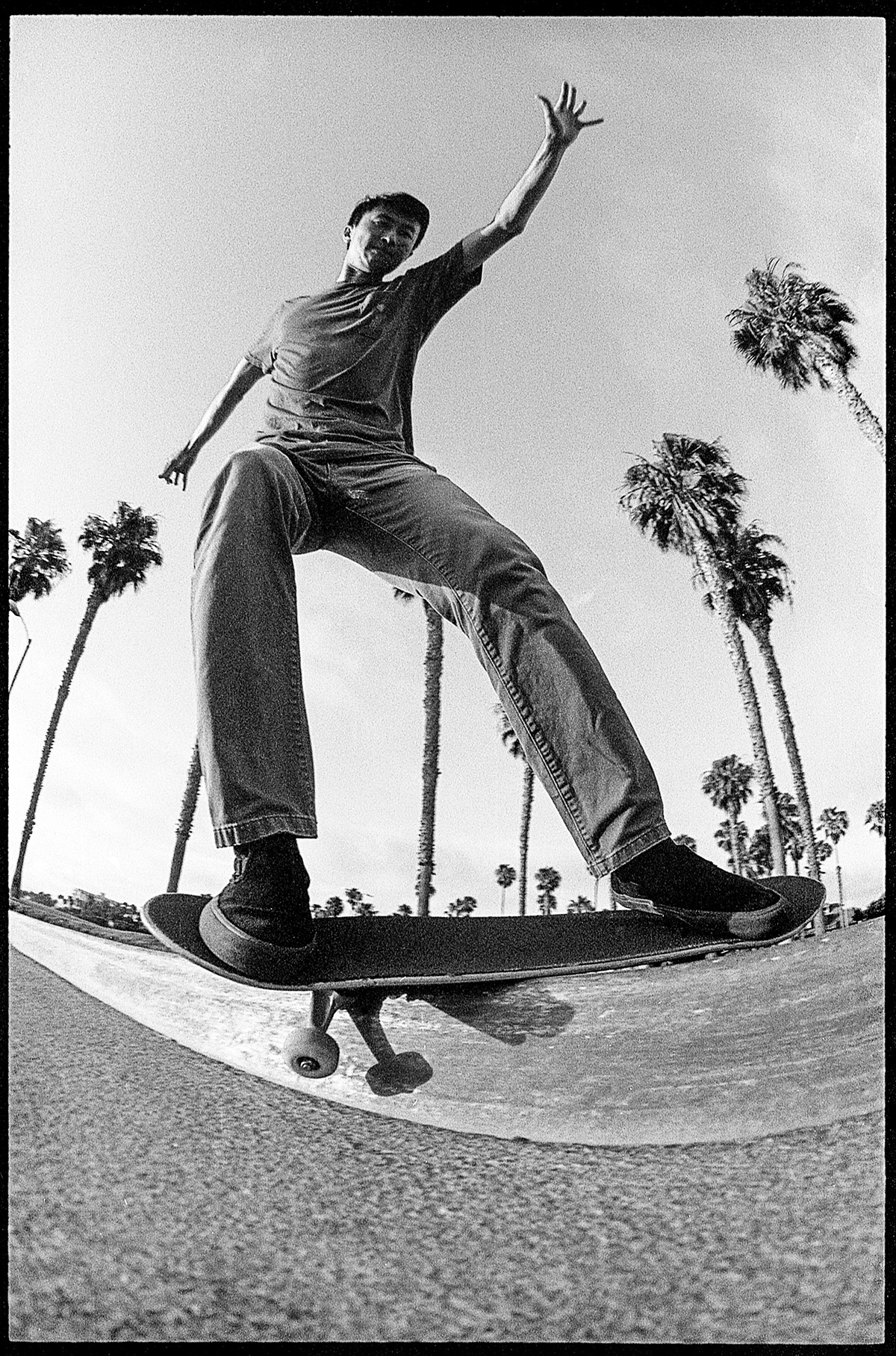 The dubbed VHS copy of Sorry gifted to me at the middle school lunch table.

The hi-8 camera I watched my homie Thom plug into his PC tower with an adapter. The Tom Petty songs ripped from a CD and transcoded into Vegas Movie Studio.

The used Sony DCR-HC20 I got off eBay after washing dishes at a pizza parlor for a winter. How our town got our first public skatepark that spring. How I filmed everyone with a $50 Opteka fisheye that vignetted.

The kids from a few towns over with a baby death lens. The hometown hero on my high school bus who messaged me on AIM and told me about the VX1000.

A cracked copy of Adobe Premiere Elements I got on a thumb drive.

Learning VX2000s have the best lowlight capabilities. Watchlisting used VX2000s on eBay in 2004. The promotion I got at the pizza place. Borrowing money from my mom.

The smell of the secondhand VX2000 when it arrived, of packing peanuts and burnt plastic and disinfectant. My Lowepro camera bag shaped like the underside of a stone arch bridge.

The homie Eric who sold me his scratched Century Optics Ultra Fisheye Lens for $300.

The first edit on YouTube—my camera set to full auto with the focus and exposure jumping all over the fucking place.

The pain of forgetting Steadyshot, of reverse recording, of glitched tapes, of misaligned heads, of clipped sound.

The premieres. The homies who turn up and get turnt. The cheers and laughs and sighs and whoos and claps.

The DVDs sold on Bigcartel and from car trunks.

The gas money, the 4-packs of Sony tapes that came in blue wrapping, the tape head cleaners, and lens cleaners.

The timelapse from Chicago to Arizona. The sunset silhouette, the high noon ND shift, the nighttime gain. The deadweight of the Bescor bouncing at the hip, the laundry sheets clipped to the barn doors, the homie’s minivan brights pointed at the landing.

The pranks. The skits. The second and third angles. The fucking manual clips.

The DSLR and Jason Hernandez’s custom handle. The shitty widescreen and shitty fisheye and shitty audio and little memory cards that get corrupted sometimes.

The refurbished VX1000s, the super8, the drones, the cranes, the gyroscope-balanced ultimate arm mounted to the top of a Mercedez-Benz, the Street League arena-cam backpack transmitters, the GoPros, the iPhones, the REDs, and that 360-degree thing-a-ma-jig mounted to a stick.

The Instagram selfie. The airdrops and reposts and tags. The group chat footy.

The selling of my cameras.

The memories and regrets. The forever homies and lost touch folk. The confessions and secret-keeping. The goodbyes and the peace-outs. The plans and the ways they fall apart. The times and the good that came from them.