THE HISTORY BEHIND SOME VERY SKATEABLE SCULPTURES 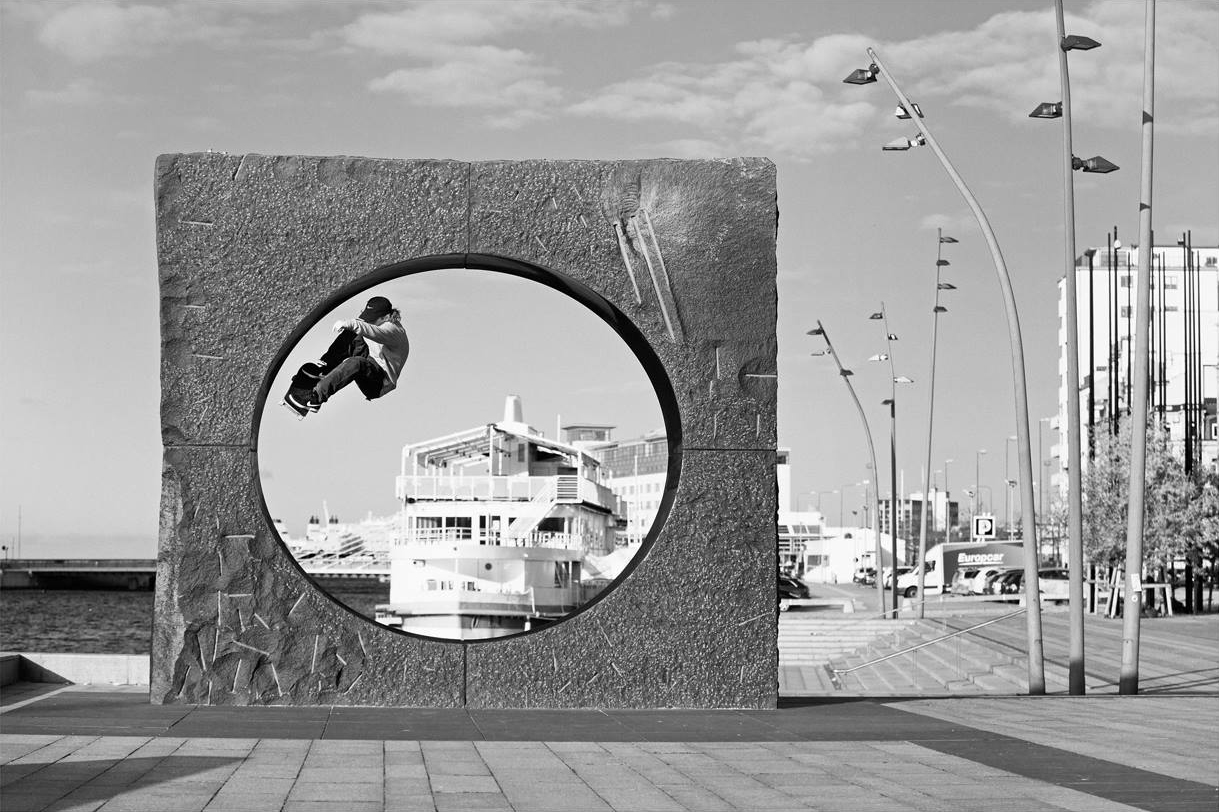 One of the remaining joys in peeping new skate photos and videos is catching glimpses of people skating public art. The right statue, framed at the right angle, can make even easy tricks look impressive, and they do a good job of making you wish you had somewhere more “exotic” to skate besides the back of your local supermarket.

To outsiders, it may seem like skateboarders are only out to destroy these pieces. But to the less ignorant, skateboarders and photographers are working together to create something new from these otherwise stagnant art pieces, thereby making them even more art-y.

So we wanted to share some of our favorite photos from the book and give a little context for these sculptures that we’ve probably all seen but never studied closely. Then when you’ve had enough art history, hit refresh on your brain by watching this again. 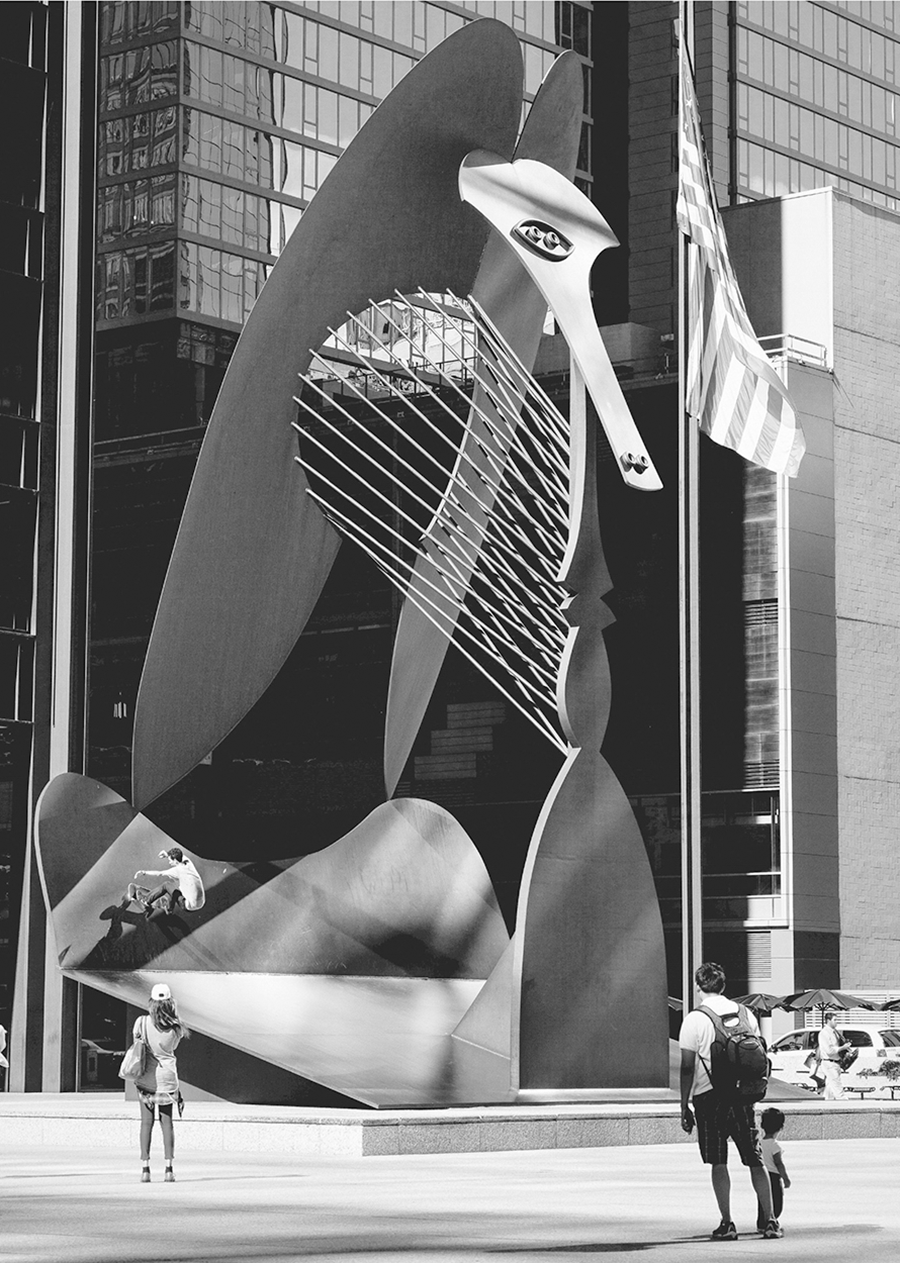 Tête de femme, AKA “The Picasso”, is one of Picasso’s largest publicly accessible pieces, and it can be found in downtown Chicago. The total cost of the sculpture would have been almost $3 million dollars today, and Pablo himself offered to help pay for the piece in order to make it a gift to the “gangster city” of Chicago.

Picasso never explained what the sculpture was or supposed to be, but leading theories cite either a young french woman or an Afghan hound dog. Mike Royko, a newspaper columnist in Chicago at the time of its unveiling, was famously quoted as saying: “Its eyes are like the eyes of every slum owner who made a buck off the small and weak. And of every building inspector who took a wad from a slum owner to make it all possible.”

It’s nice to know that no one really understands this piece of art, just as no one still understands how it got dropped-in on. 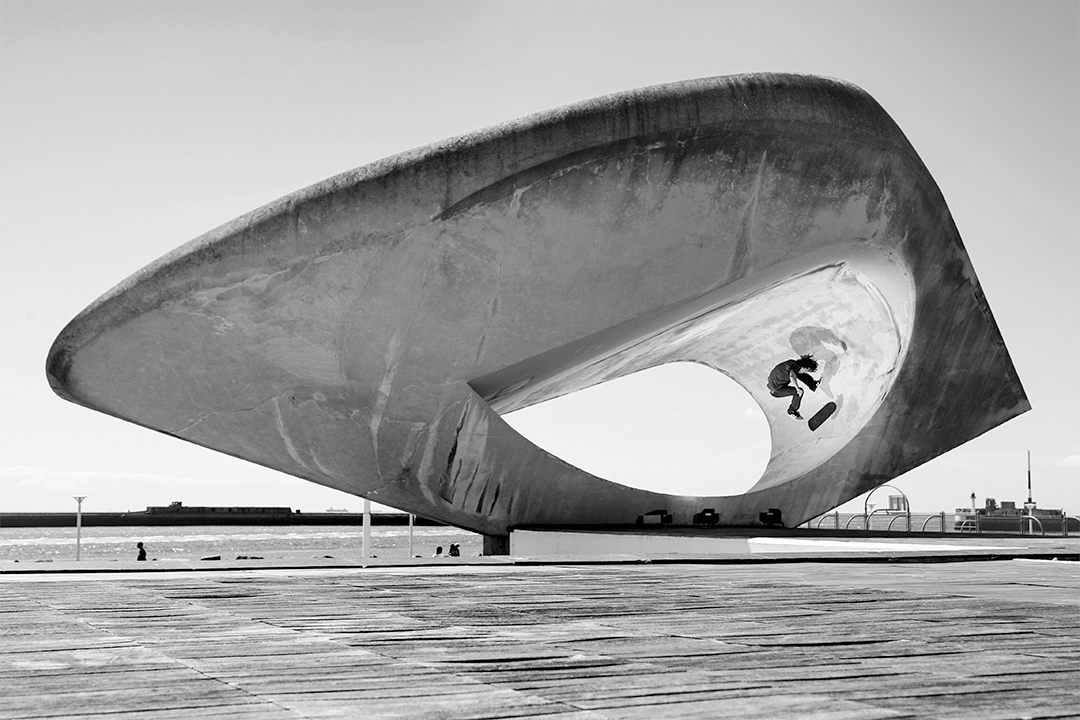 Henri-Georges Adam sculpted this massive piece with its location in mind and chose the polished white cement to blend in with the ocean scenery. Of all the spots we picked out, this one has the highest impressiveness to difficulty ratio. Meaning you could take a photo of yourself doing a pogo stall on the middle of this thing and it would still look beautiful.

Depending on who you ask, Le Signal could be interpreted as an eye or a shell. That kind of ambiguity seems more lazy than intelligent, but it’s probably one of the reasons that Le Havre Muma museum still spends however much money to refurbish this thing every couple of years. 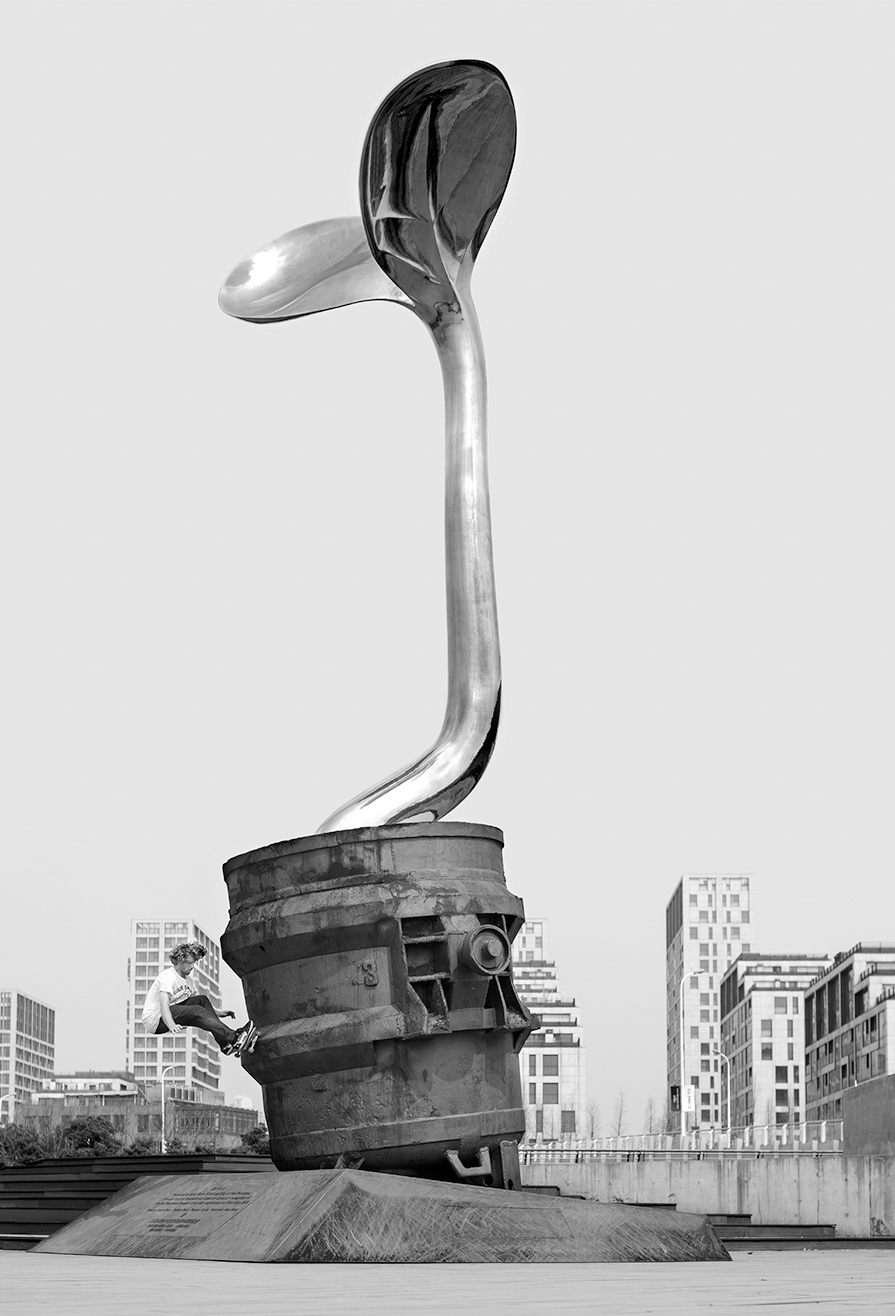 It’s unclear exactly why Communist countries get all the good spots, and the fact that this one was commissioned as a gift from San Francisco to Shanghai just feels cruel.

Actress Joan Chen was able to convince a Shanghai committee to accept the sculpture and had her brother, Chase Chen, who lived in San Francisco, create the piece. It was then presented in the 2010 World Expo. Maybe one day it can be brought back to SF so people who are too scared to bomb hills can have something to skate. 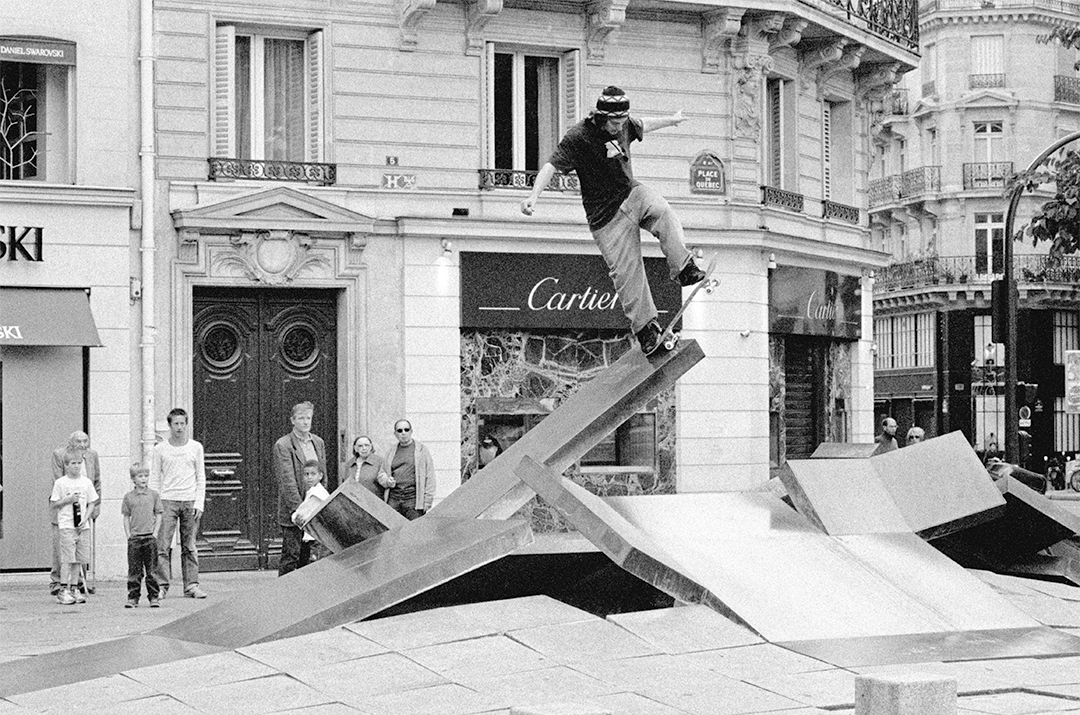 Charles Daudelin, who studied ceramics and casting at La Maîtrise d’art, proposed this fountain sculpture for La Place du Québec in Paris. Construction on the sculpture was finished in 1984 and its bronze foundation, set against a background of moving water, conveys a theme of melted ice being broken down in the beginning stages of spring. That beautifully fragile metaphor also perfectly embodies this Fred Gall-looking French guy executing a lovely pivot fakie. 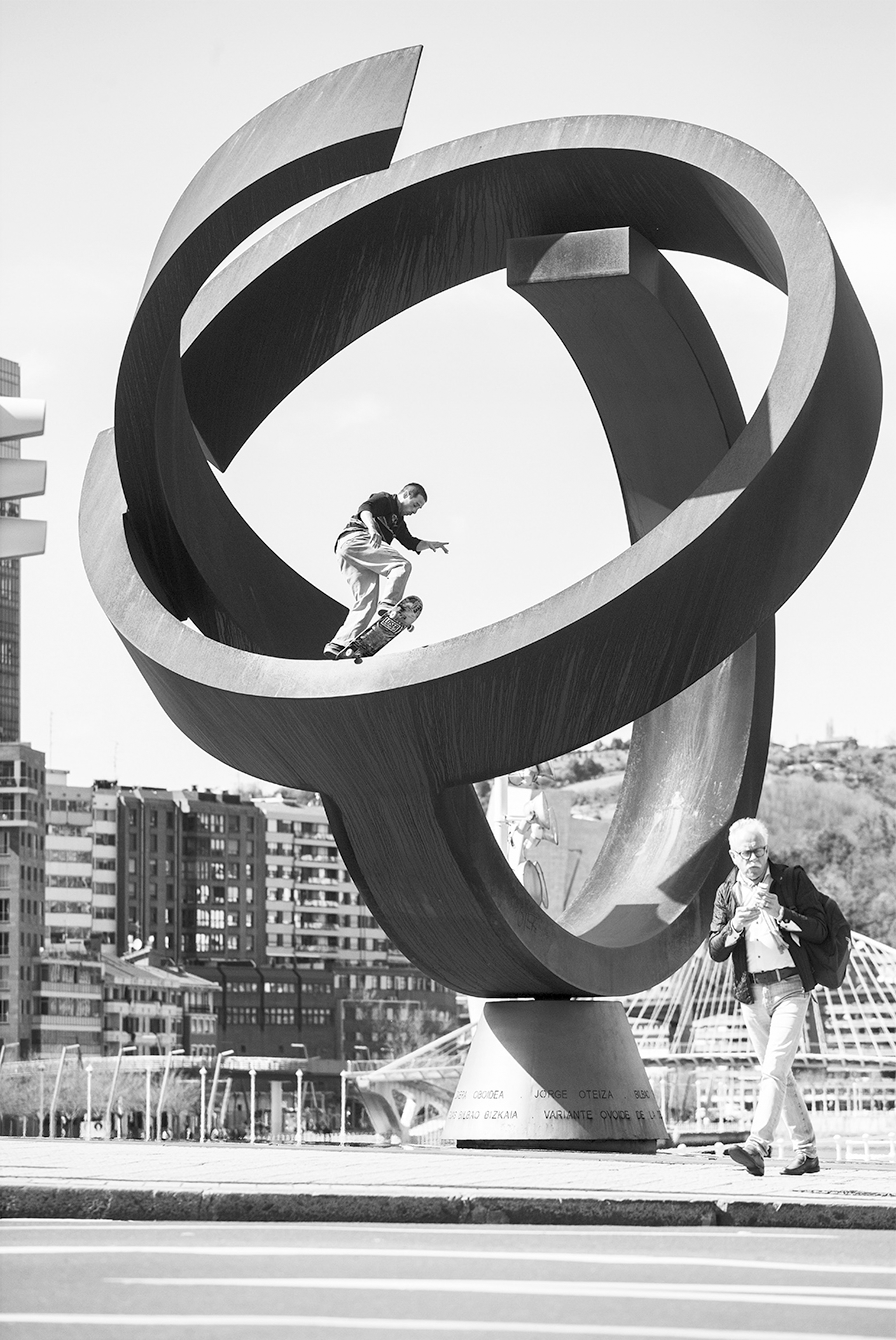 This title translates to “oval-shaped variant of the sphere’s idleness,” which means that it’s round but not too round. It exists in Bilbao, Spain and is made by the same artist, Jorge Oteiza, who designed the drop-in statue at MACBA. The piece’s purpose was to explore ways of constructing things based on linearly twisted curves, or like moving and adapting to different positions.

All that metaphysical mumbo jumbo aside, skateboarders are the only ones smart enough to see this installation for what it truly is: pretty fuckin’ sketch. 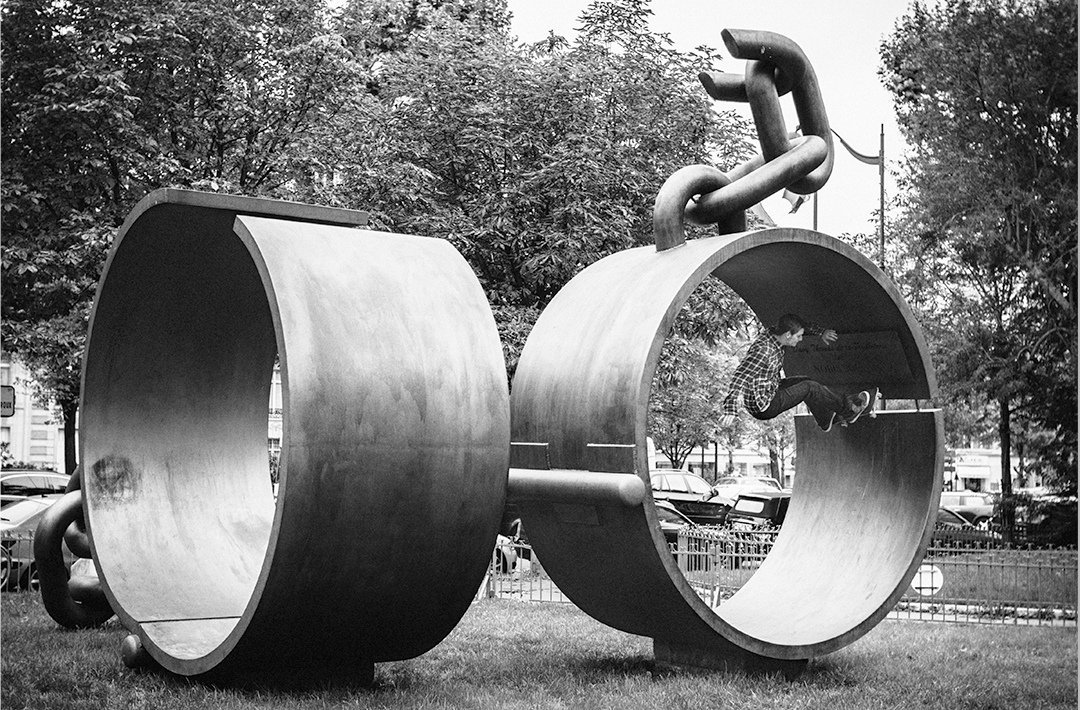 I don’t know about all of Europe, but having these giant rusted handcuffs on public display seems like a better way of acknowledging slavery than we do in the U.S. with a bunch of statues that aren’t even great for skating.

These were made as a monument to French Revolutionary general Thomas-Alexandre Dumas. The designer, Sans-Arcidet, left one iron cuff open with chain links falling to the earth and the other closed with chains rising to the sky, symbolizing his birth as a slave and his rebirth as a general for Napoleon Bonaparte. 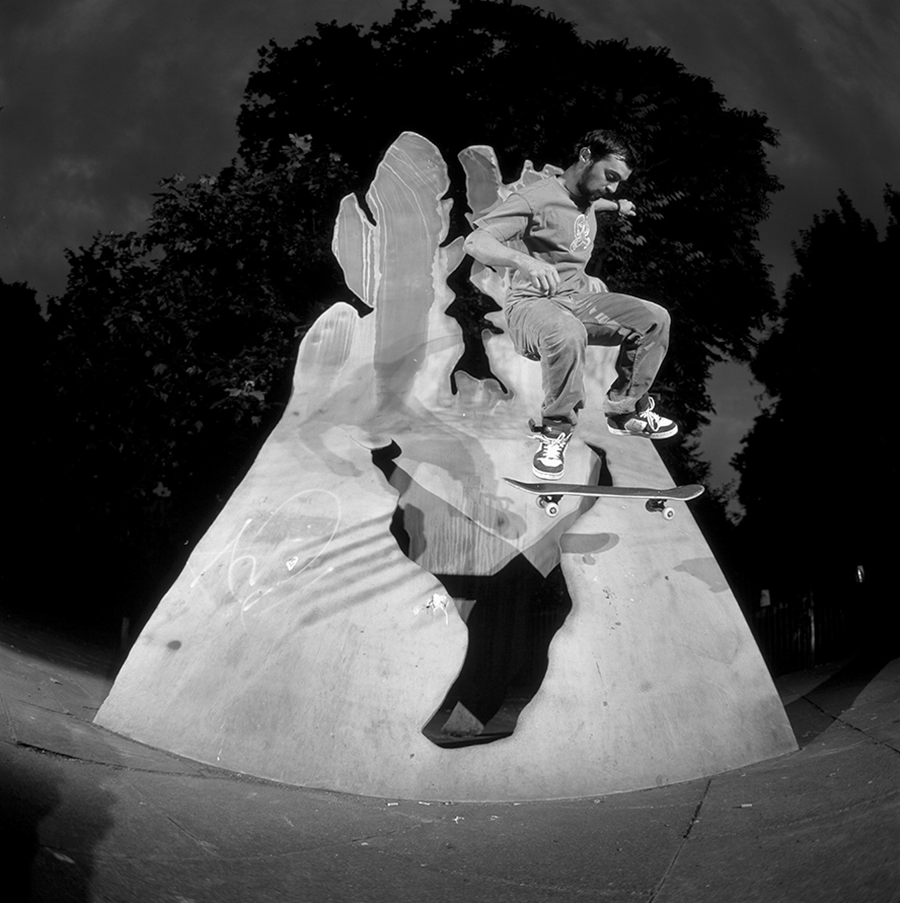 Barry Flanagan created this piece to be displayed in public in London because he didn’t like the way museums changed the way people perceived his sculptures. That means this one was practically meant to be skated, or at least pooped on by birds. Camdonian is made of sheet metal and has been praised for being soft on the eyes and sharp to the touch, as if someone carved it out using a giant can opener.

The cut out center presents an alternate or mirrored view of the piece, which turned out to also be the perfect place to capture the video of Bobby’s trick. 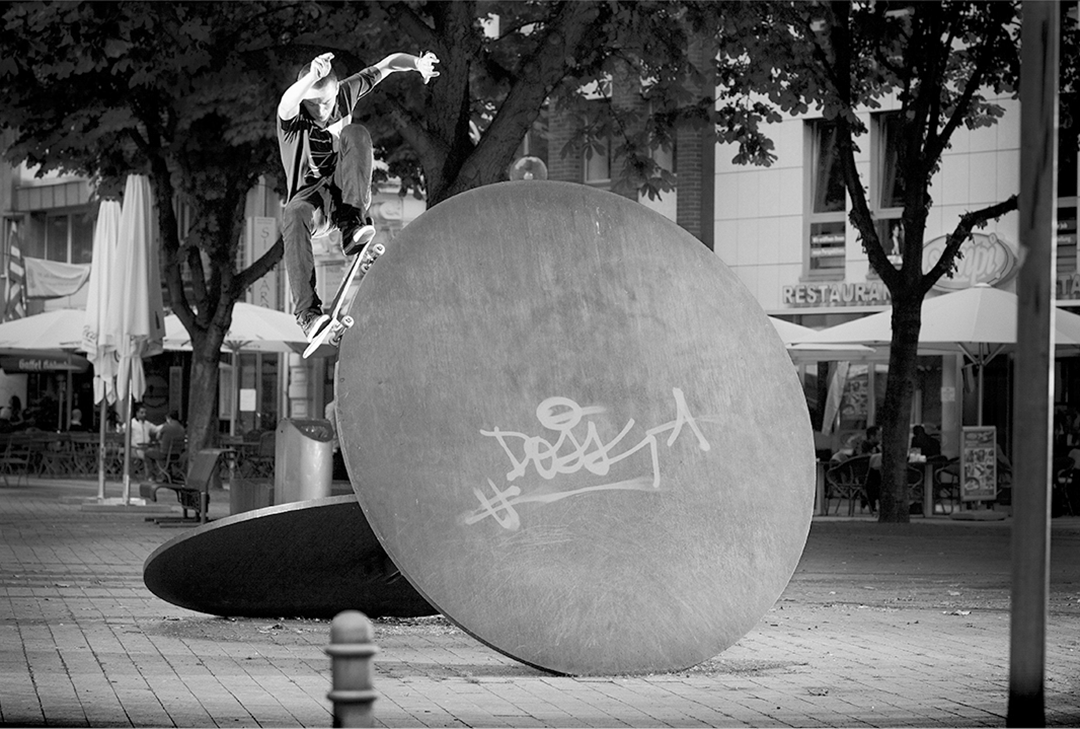 Translated as “double axis,” this sculpture sits on the median of a busy road in Cologne, Germany. One way to explain this piece is to say that Prager created it to mess with people’s perceptions, because depending on where you look at it the discs seem to change angles, and the “double axis” only moves when the observer moves.

The other, simpler explanation, is that there’s two big-ass circles and you can skate ’em. 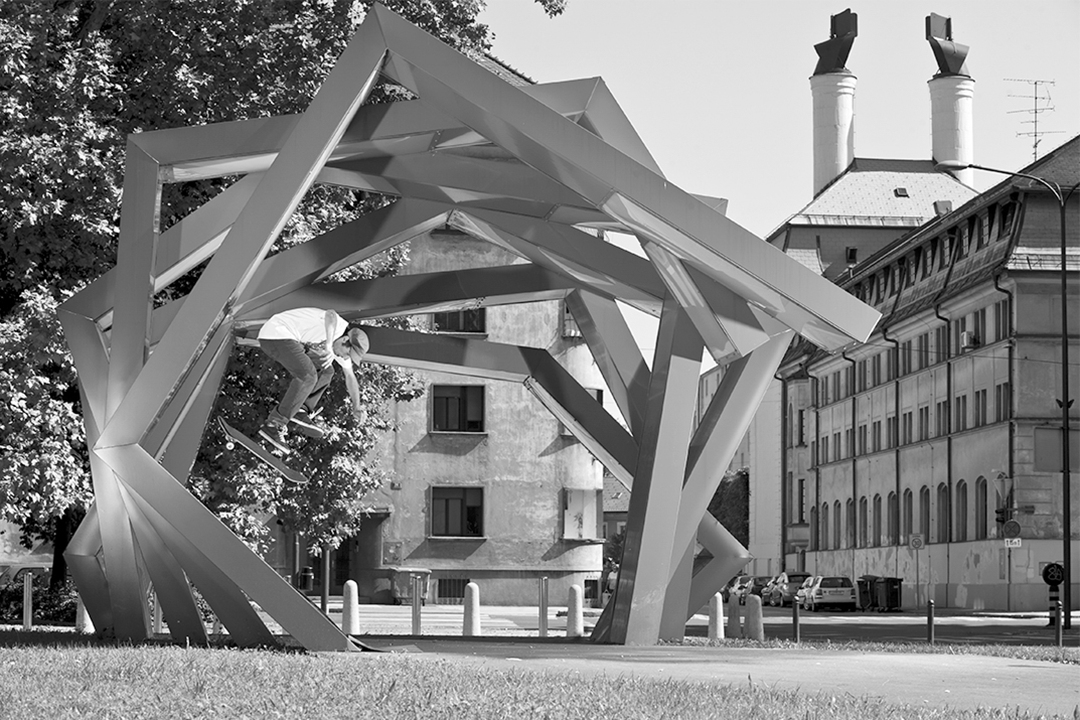 This was built with the intention that it would be taken apart after a month and thrown away, which the skateboarders in Slovenia would have probably appreciated because then they could have repurposed these angled irons into a bunch of nice ledges. But instead it was repurposed for public display.

Grdisa’s piece now sits at the center of Park Tivoli in Ljubljana, Slovenia, and is meant to inform park visitors of the hidden museums and exhibitions nearby. 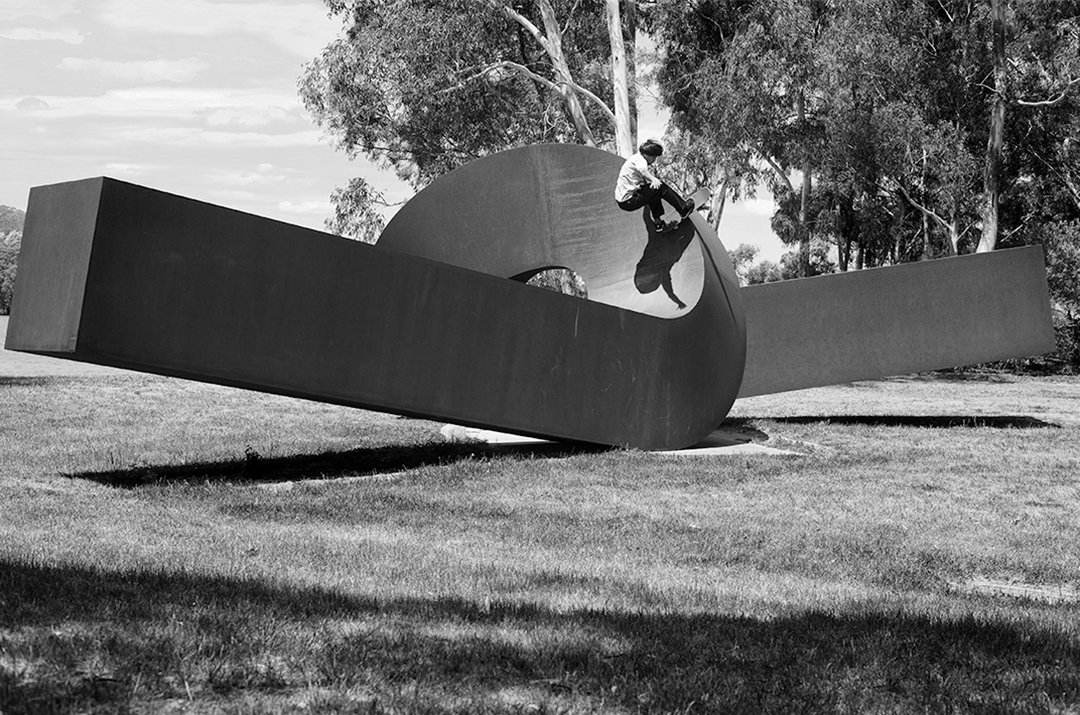 For our last spot, we chose one that’s interesting to look at but completely boring to actually skate.

This gigantic steel monster can be found near Lake Burley Griffin in Australia’s capital. It was dedicated by Meadmore to Virginia Cuppaidge, a geometric abstractionist (i.e. someone who forgets how to draw shapes) who inspired him.

There’s something to say about how the structure’s heaviness is balanced by a design that seems to defy gravity. But on an even deeper level, I would’ve liked to see Louie try riding out the full loop here.