REBUILDING CHRISTCHURCH AFTER THE EARTHQUAKE WITH AL PARTANEN 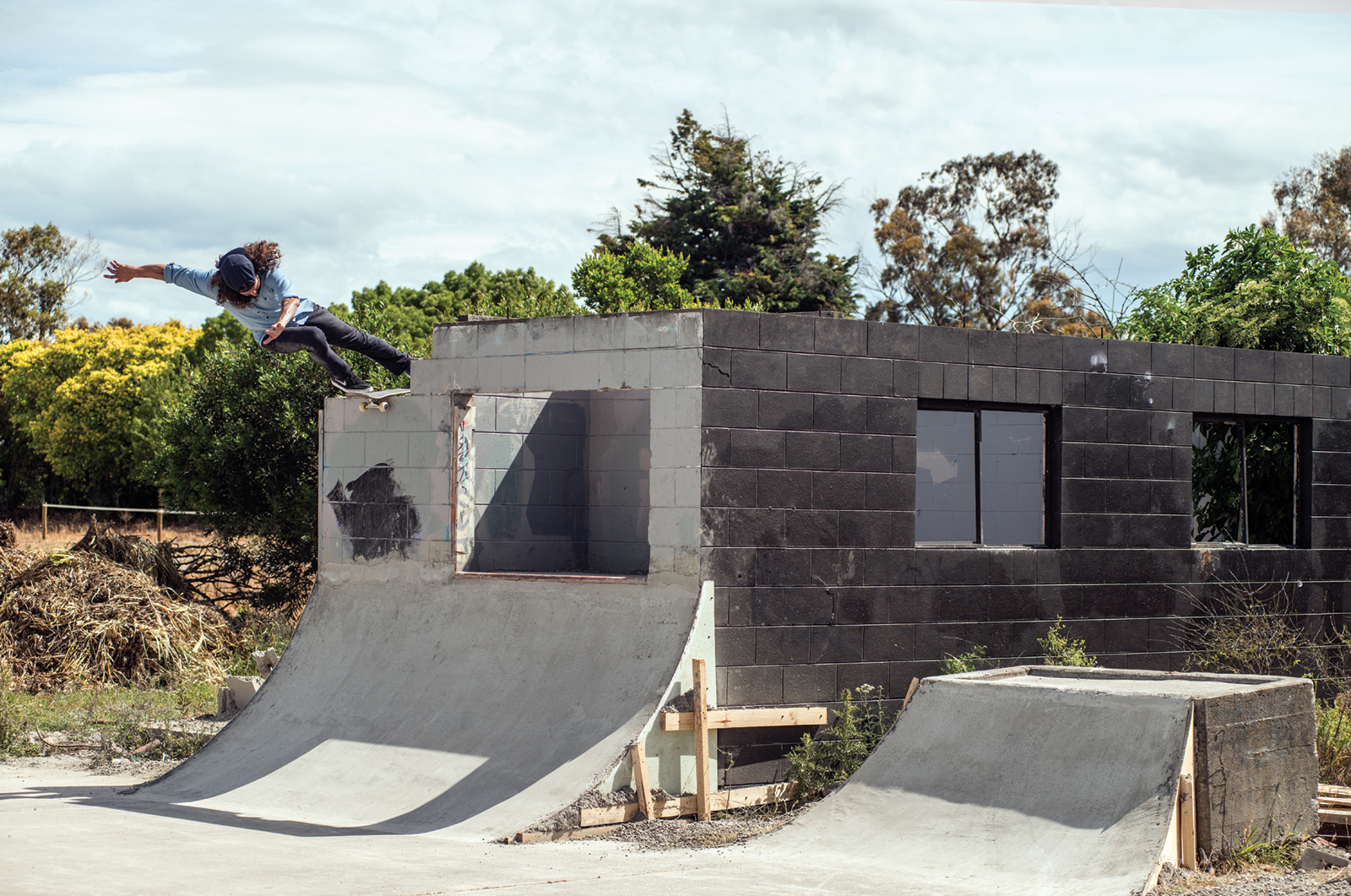 It feels like long time ago in internet time, but back in 2011 a heavy 6.3 magnitude earthquake hit Christchurch, New Zealand. You might have heard about it on the news, or saw the insane skate footage to come out of it, but the quake brought in a death toll of 185 and left thousands without their homes. They’ve been steadily trying to rebuild, but even 5 years later there is still much work to be done, and the downtown area is still mostly rubble.

After seeing other Levi’s skatepark builds (such as in South Dakota and Bolivia), several skaters from Christchurch hit up Levi’s and asked for support in reviving the city’s skate community. Both sides came together to help revitalize the scene. Levi’s donated some money and sent some of their guys (Josh Matthews, Joey Pepper, Al Partanen, Marius Slvanen, Pat Moran and Dan Plunkett) to get involved and help the locals rebuild.

Wanting to know more about the scene in New Zealand post-earthquake and how this pop-up skatepark build came together, we hit up one of the skaters on the trip (and a longtime travel veteran) Al Partanen for a first-hand account.

Before going on the trip, what did you know about Christchurch?
I didn’t really know what to expect. I kind of went on the internet and looked at some pictures and was like, I see some destruction, but it was kind of hard to get a feel for the magnitude of it and how gnarly it actually was.

So when I got there and saw downtown, it was pretty crazy. Downtown was destroyed, there was only bits of it left. Some buildings were obviously abandoned because they were no longer structurally sound. Graffiti was everywhere. Some of them were just the faces of the building that were left and they tried to preserve them. It was pretty fucking surreal man, and this is 5 years after it happened.

In the center of downtown, they rebuilt a bit. There was like one new building, and it was a strip club. You figure with all the workers that would come to rebuild, there’s always gonna be business in that you know. People want entertainment.

Who do you think can drink more, an average American or local New Zealander?
[Laughs] I don’t know, dude. I mean, not to brag, but our crew can put down some brew. Marius, Eric, the whole crew.

At the bars did you hear the rumor that New Zealanders like having sex with sheep?
Oh, nah… I don’t know, I wasn’t really up on that one. I didn’t really hear the joke while I was there. There’s mad sheep though! I’ll tell you that much. 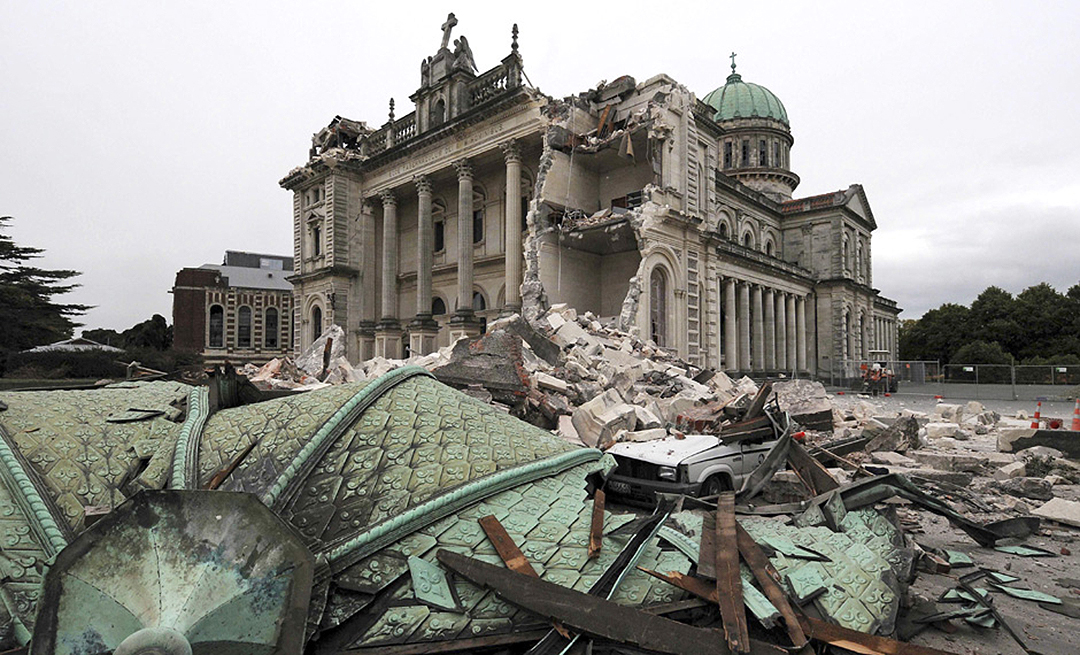 On another Levi’s trip to India you got really bad food poisoning where you almost died right?
That was pretty hectic. That we were in India, in Bangalore, and pretty much I think I got it one of the very first days. Chet Childress and I were eating vegetarian pretty much the whole time. The funny thing is, Chet and I were talking before we went and he was like, “Yo dawg, you get your shots?” And I was like, “Shit dude, we don’t need no shots, we’re fucking thugs!” Like three days later we were both sick. [laughs]

I got it a bit worse though, and I had to stay home a couple days from building and sit it out. I was sitting on the toilet, shitting and puking at the same time for a few days. Eventually I kind of kicked it, but I was a little weary. I kind of pulled through near the end and got to skate a bit too.

On the way back home we had a layover in Frankfurt and a mad blizzard had just gone through, so there were thousands of people stranded in the airport. So I spent 36 hours there and we didn’t have any accommodations or anything, we were just sleeping on the floors. I think maybe my immune system went back down and the Salmonella crept back up on me, cause I got home and it just hit me again hard. It just got super gnarly, 105˚ fever, and they admitted me straight in to the hospital, hooked me up to IV’s with tons of antibiotics. It was pretty bad.

After that they were like, “Oh, you made a miraculous recovery, you recovered so fast! We thought you were gonna die.” So they let me leave and I went back to Long Beach and the doctor calls me back that same day at 4 A.M. and goes, “It’s worse than we thought. You need to come back to the hospital right now for at least 5 days.” So I went back to the hospital and same thing, they hooked me up to all these IVs. Then the doctor comes back and he’s like “I don’t know what it is, what skater gene you have or whatever it is, but you’re miraculously recovering again. You’re good, just go home.” I just stayed on my antibiotics that the first doctor gave me and I was good in a couple days. So within 24 hours of being back home, I went to the hospital twice and was told I was going to die.

In India they don’t have toilet paper, you just wipe your butt with your hands right?
Yeah, I mean you can kind of get away with asking for napkins and stuff if you’re not comfortable with that whole steez, and they also have one of those kitchen sink sprayers connected to every toilet so you can just spray down your butthole. Ghetto bidet spray down thing. Dude, India is hectic. 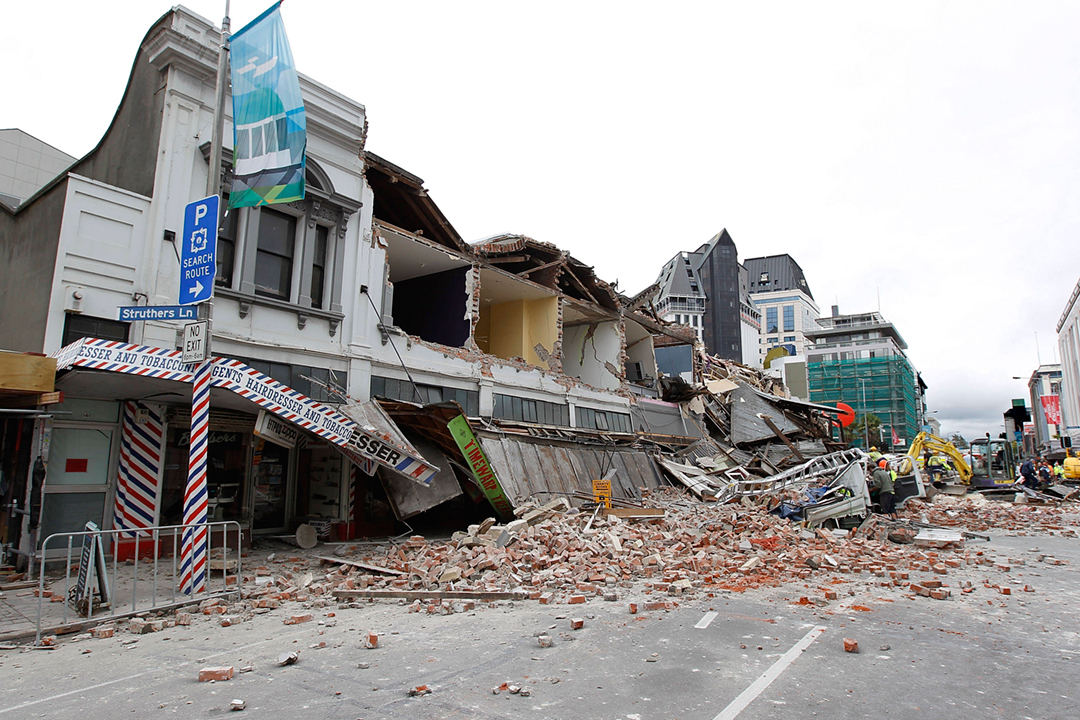 Flying and traveling around so much, are you part of the Mile High Club?
[Laughs] No, I’m not, but there is a funny story where I swear I could have gotten in the Mile High Club, but it was pretty sketchy. This was years back. I was at Tampa Pro, I somehow got gnarly poison ivy cause we went to this dude’s swamp retreat, and he had a giant rope swing, but I got gnarly poison ivy in my inner thigh and my chest and side of my face swelled up and there was even pus coming out of it. I was getting on a plane going back to Milwaukee, with lotion all over me and the side of my face. I looked like the Phantom of the Opera.

I get on the plane, and this chick gets on. She’s just smoking hot, all happy and fired up and has a little buzz or whatever. She goes, “Oh, you want a beer?” And I’m like, “Nah, I don’t have any money,” and she goes, “I didn’t ask if you had money, I asked if you want a beer.” So she orders four beers instantly, two for each of us. She was older than me, blonde babe, she was all tipsy and flirty. We’re chugging the beers, shooting the shit, and she’s rubbing my leg and being super funny, all while I’m a total mutant.

I have my hoodie up and shades, looking like the Unabomber, and she notices and is like, “Oh my god! What’s wrong!?” I tell her to forget it and that she doesn’t even want to know. She’s like, “It’s ok, let me see!” and takes off my glasses and kisses my face… like, as pus is dripping off it. It was so weird and uncomfortable. I was like, “Oh my god, this is fucking gross.” But if there was ever any time where the Mile High Club actually could have gone down, that was it. Just the timing was off. It was like all the planets lined up except for the fact that I was mutated. 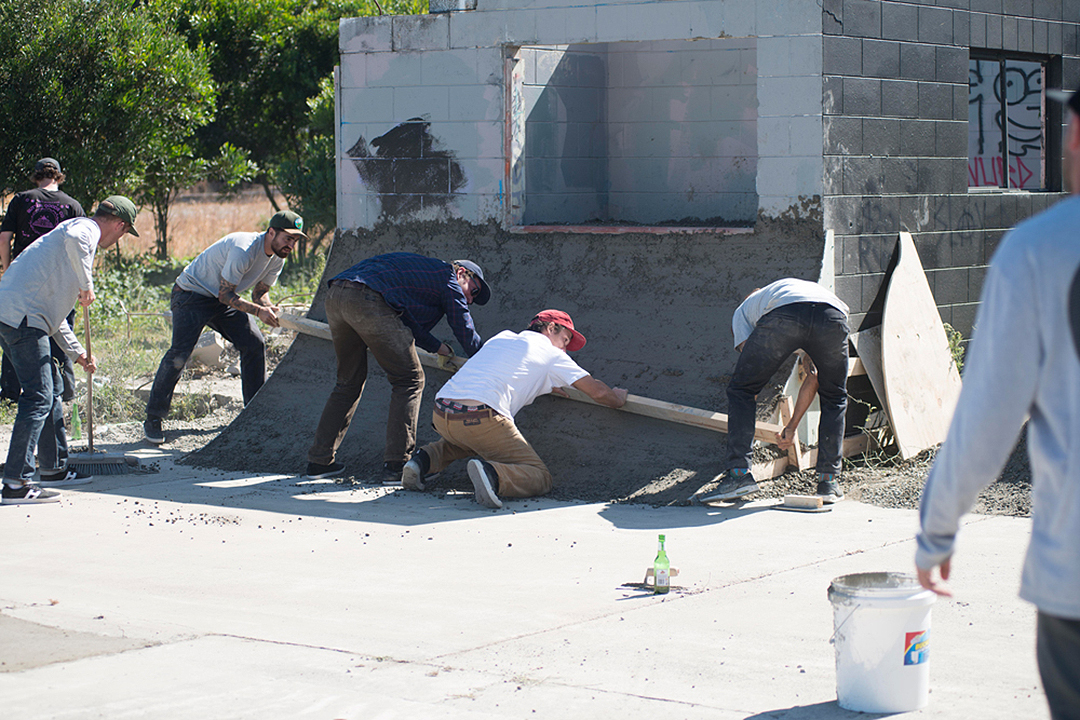 Going back to Christchurch, you guys just built a DIY park in 48 hours there?
Yeah it was about 48. We lost the original place we were gonna build at and we were like shit, so the next morning we cruised around and looked at a few potential spots to find something last minute.

We found this lot that was just kind of sitting there – people had kind of built this ghetto manny pad on it but there wasn’t really much there. So we started building on it that day, and this guy rolls up and comes in kind of hot and is like, “Hey, what’s going on here? Who’s in charge?” We explain a bit and he’s like, “Oh, ok, shit! That sounds cool. It would have been better if you guys asked first. I’m gonna have to develop this land at some point, but until then you guys can have it.” The guy even came back an hour later with a tractor on the back of a truck and cleaned the whole place out for us to build, and then jumped back in his truck and waved out the window and was like, “Later guys!” It was like a glitch in the universe, it turned out perfect. It is unbelievable how fast it happened and it came out sick. It kind of laid down a little foundation or a little groundwork or a little idea for the dudes to build upon.

You worked for Grindline for a while, and and in another interview you said construction and building stuff is a lot harder than skating. Do you still stand by that?
Absolutely! When I go on these Levi’s trips and builds, I put in 100%, but I know that after a week or 10 days, or in the case of Bolivia which was almost a month, I still get to go home. Working with Grindline, we would work on a job for 5 months, and the day we got done with it, we would never even get to skate it. That was brutal, and my body would just be destroyed after that. So with this, it’s not as much work and it’s still the gratification of being able to contribute to the culture and give something to the culture without breaking my back and not getting able to appreciate it. It’s kind of like the best of both worlds.

What other jobs have you had?
Oh man, everything. I worked at a camera store, I delivered pizzas, I did my own community organization. When I moved to California I started my own skate brand called Illennium, and then after Illenium I became the global marketing manager for Globe shoes. Globe kind of headhunted me and asked them to bring them back to skating. So I did that for a little while and once we started Creature skateboards back up, I just resigned from Globe and I haven’t been back in an office ever since. I’ve just been solely existing on skating for the last 10 years. I’ve always kept some kind of job running though. I’m from the midwest so I guess I’ve got a work ethic. I don’t expect a free ride. I’m always gonna work hard to make something happen.

It’s cool you have had such a long career, and it seems right now you are doing better than ever.
I definitely work as hard as I can to represent the people that support me because I’m keeping the dream alive. I actually don’t wanna go back into an office, I really don’t want to have a regular job. [laughs] I’d definitely rather be putting all my energy into skateboarding, even if it means having to go to the gym or do extra shit to keep doing it because I really love it and enjoy it and appreciate it. I’m doing better now than ever. It’s what I’ve worked my whole life to get to, and to be able to do it now even though it’s later in my life, it’s a fuckin’ blessing.