BIG BROTHER IS COMING BACK… AS A BOOK 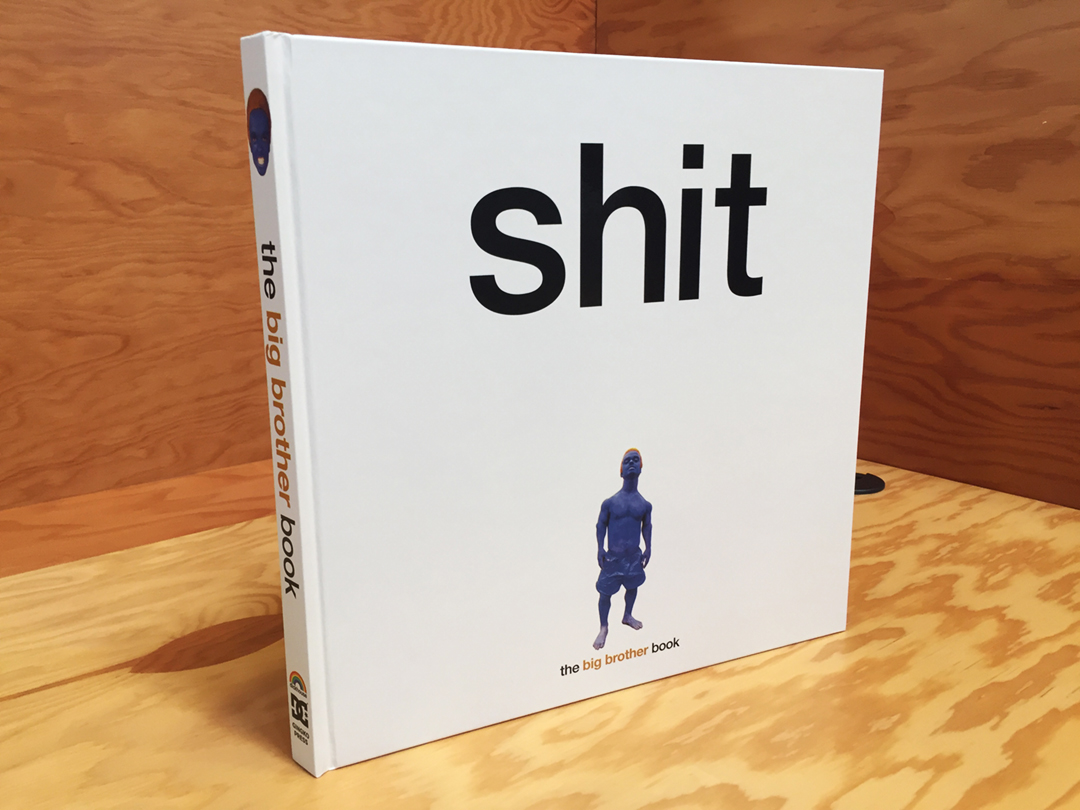 You know, at Jenkem we usually aren’t the ones chasing the news or posting the hottest new part or trick, but sometimes things come along that we can’t help but blab about. Maybe it’s just the beer talking, but once I heard from the former head honchos of Big Brother that they were silently coming out with a “best of” book, I couldn’t help but bother them for some images and pass the news on to other Big Brother admirers.

For those of you who might not know much about Big Brother, it was basically the coolest mag of the ’90s and early ’00s. It featured skateboarding, of course, but more importantly it showcased things that would never make it into any other skateboard mag, or really any self-respecting magazine in general. Funny life topics like How to Make a Fake ID, Bong Olympics, Prank Calls to Skaters, all accompanied by amazing and dirty ads. It was uncensored, super creative, and raw. It was more like how a skateboard magazine should be: No dick sucky product reviews, U.S. Army Ads, or fake, polite, and boring interviews.

Big Brother was originally founded by the same guy who started World Industries, Steve Rocco, in 1992, and it ran independently until 1997 when it was bought out by smut-king Larry Flynt (that’s right, the Hustler blob). It continued until 2004 when it eventually was put to rest. Even though it’s been over a decade since the last issue, Big Brother is still remembered fondly by all, including us who are so clearly huge fans of the spirit they brought to skateboarding during their reign.

The book, coming out sometime this spring along with a bunch of other Big Brother gear features all of the stuff you want in a “best of” coffee table book. DC Shoes is helping support it all, they’re even re-releasing the pro gag shoe of BB’s former editor, Dave Carnie. You may remember it, it’s the one with the dick emblazoned on the side and the huge “fuck you” on the front.

For more Big Brother related shit on our site.. check this stuff. 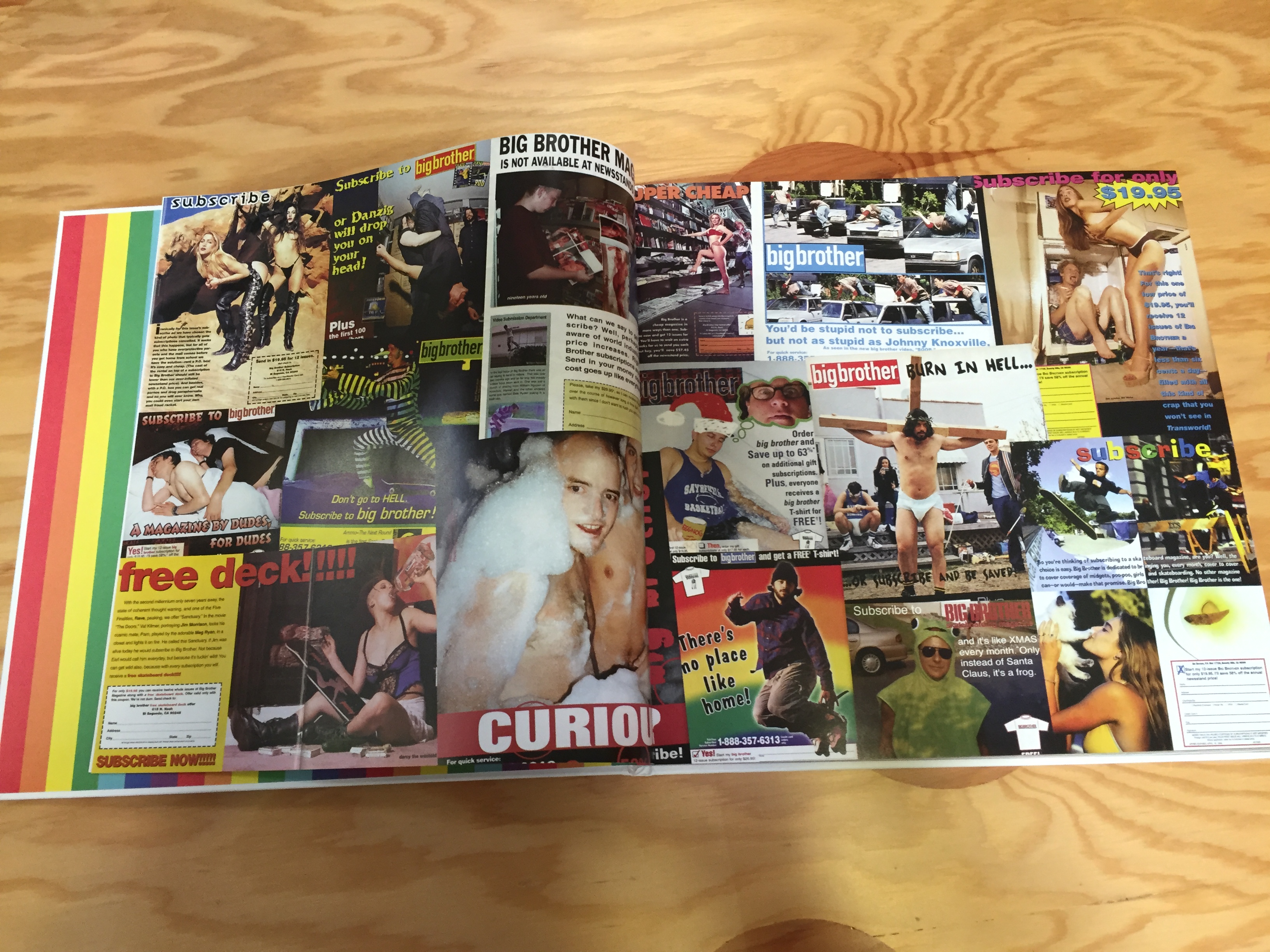 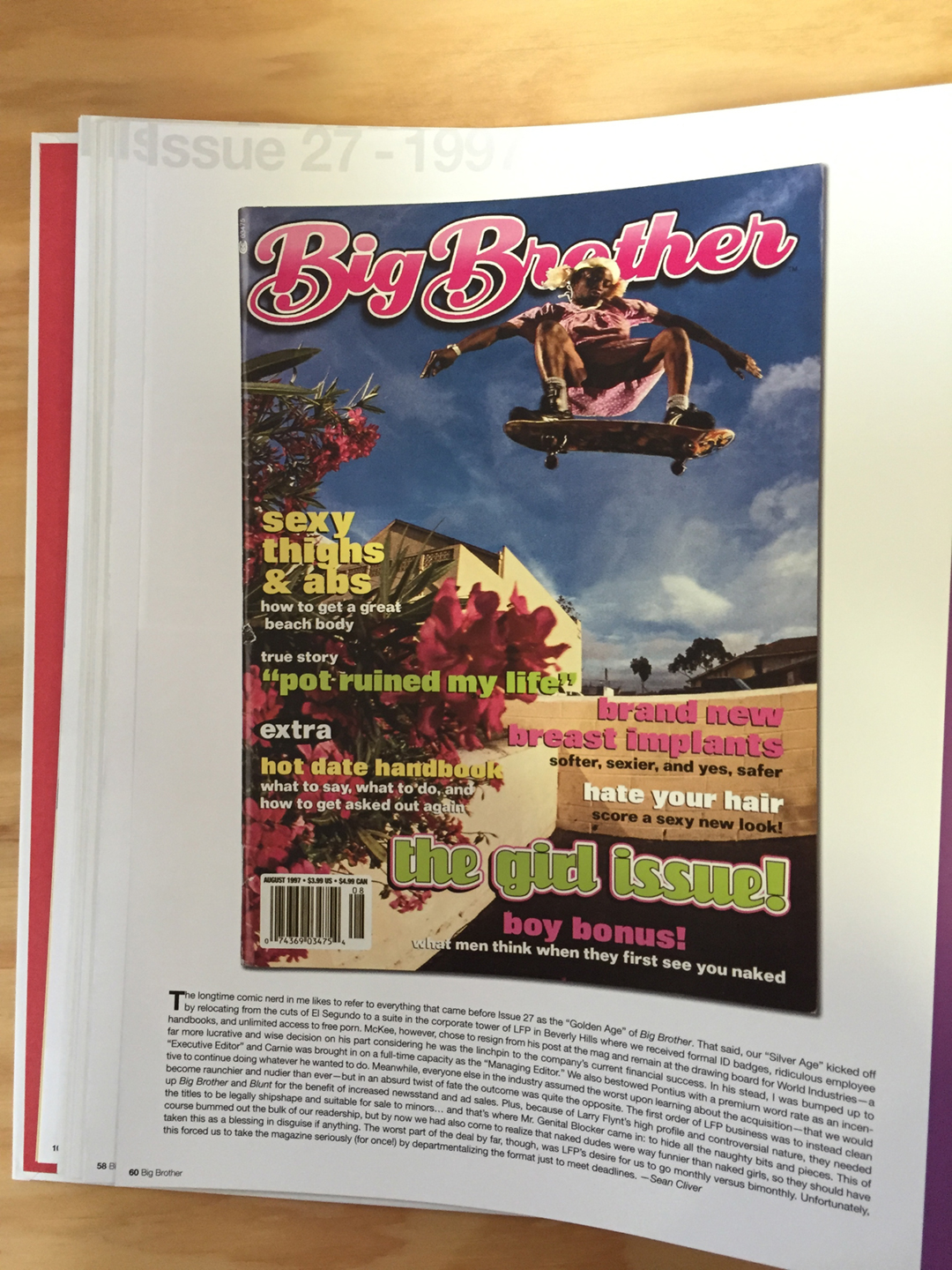 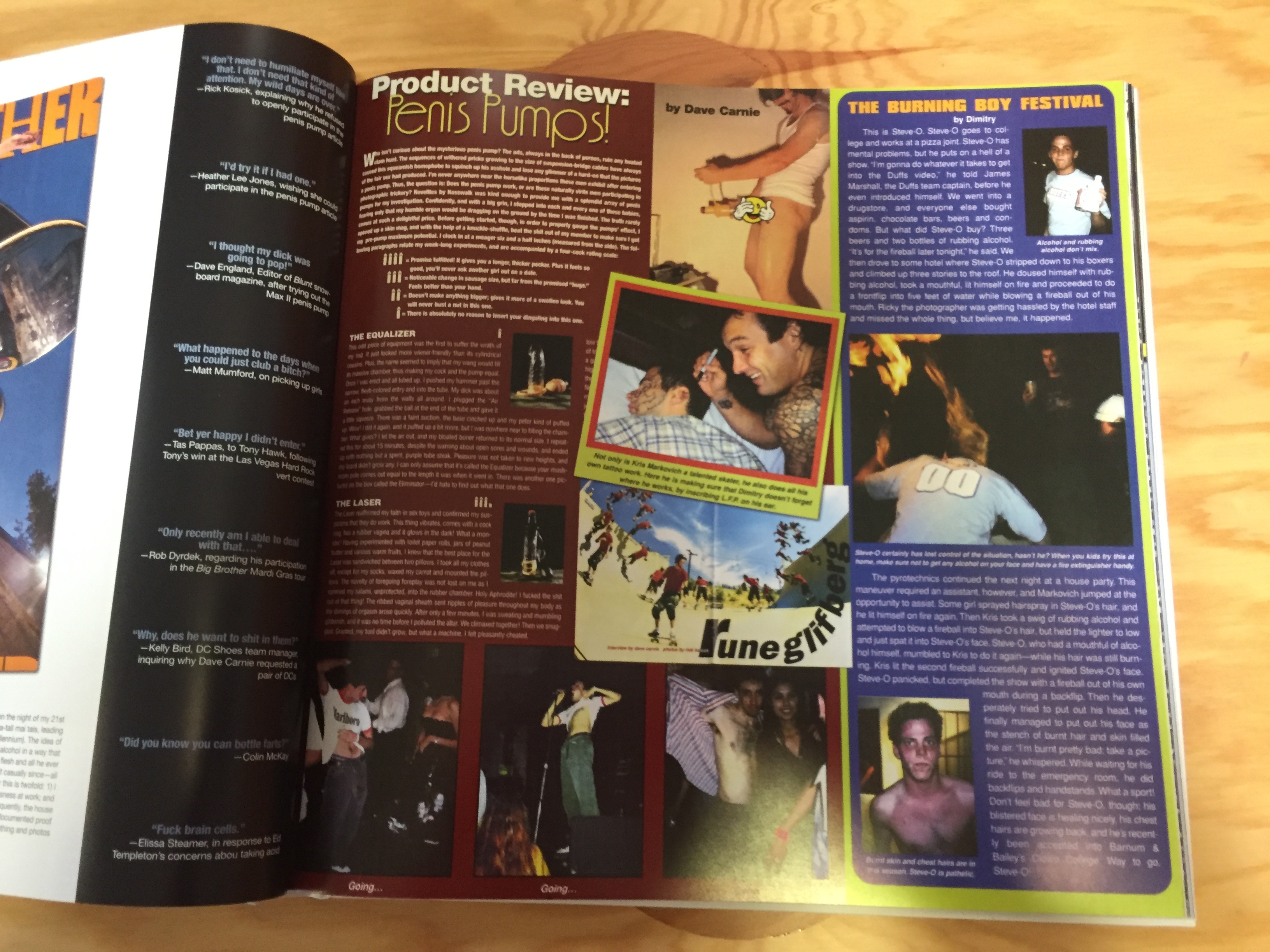 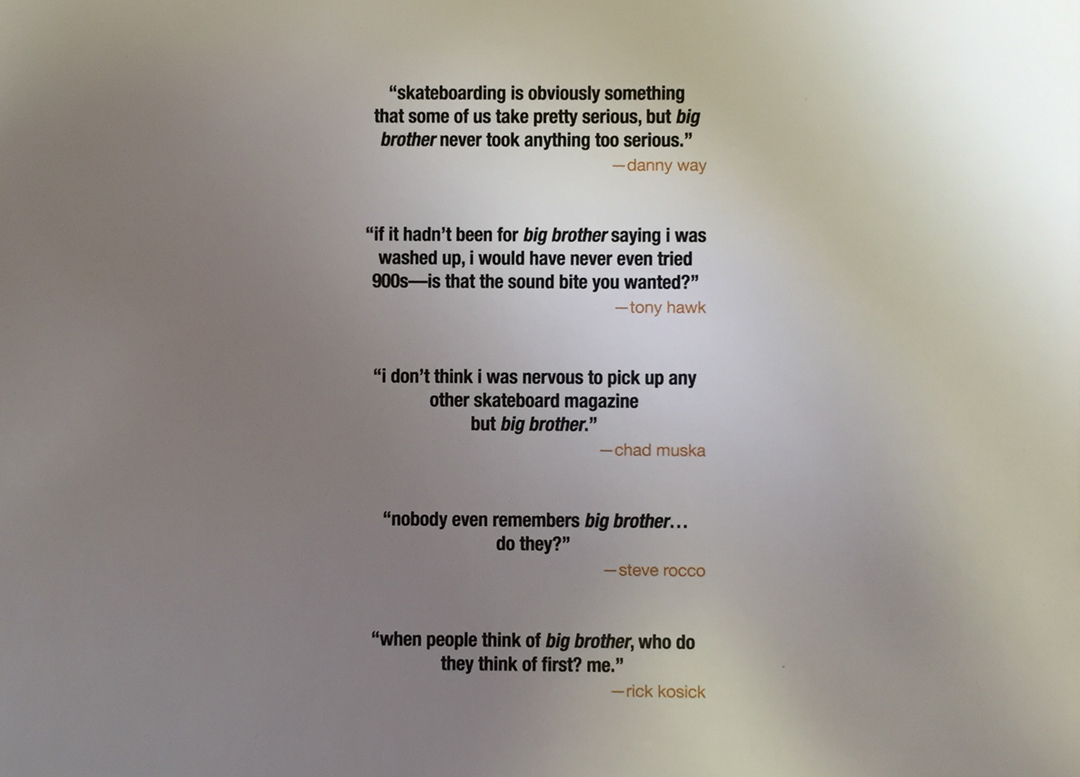